A spectacular boutique hotel with intimate grounds and breathtaking pools, the Pavilion Hotel in Phnom Penh really does deliver in the luxury and relaxation departments.

Cambodia has long been on our bucket list of places to visit here at Coolector HQ (and safe to say it didn’t disappoint, but more about that later) and there was clearly no better place to start than in the nation’s capital city, Phnom Penh. Sitting at the junction of the Mekong and Tonlé Sap rivers and home to some 1.5m residents, it is just about as bustling as it comes and that’s what makes it all the more surprising that somewhere as supremely serene as the Pavilion Hotel can be found in such fantastically buzzing surroundings.

A boutique hotel in every sense of the word, the Pavilion astounds from the minute you arrive with the verdant entrance really serving as a spectacular introduction to all the property has to offer. It’s easy to see why it has a growing reputation as one of the best loved hotels in Phnom Penh. 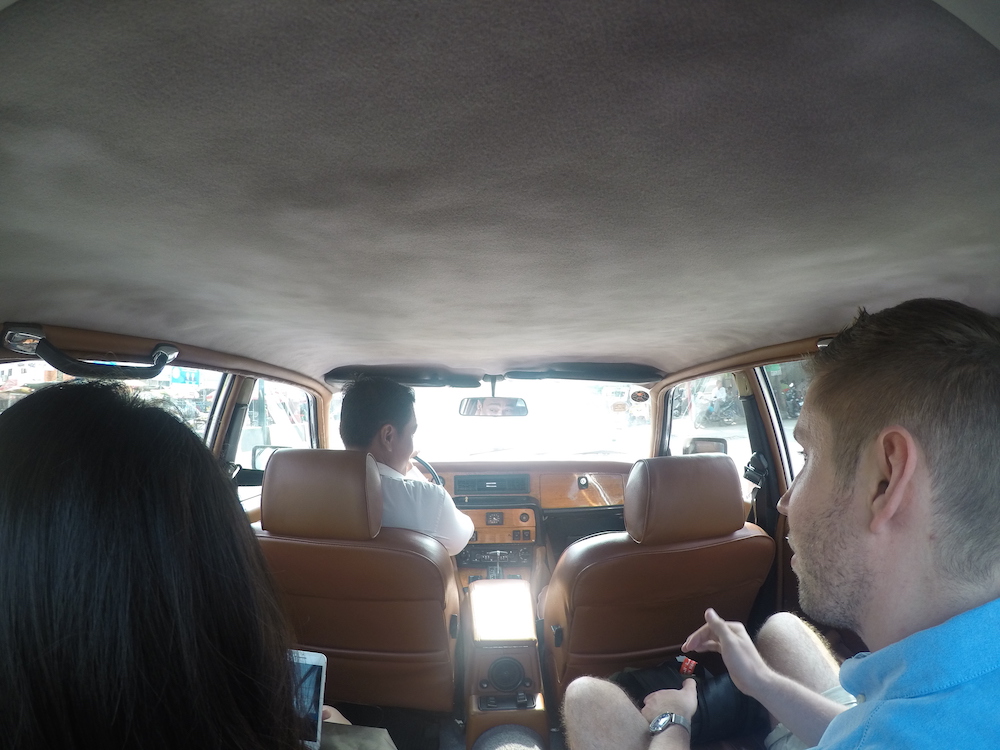 Our short stay in Phnom Penh which was somewhat of a whistle stop lamentably was made all the more monumental by the calibre of hotel to which we found ourselves at and, it’s fair to say, you’ll be hard pressed to find more of an oasis of tranquility in the sea of hustle and bustle that is Phnom Penh than the luxuriously stylish and traditionally designed, Pavilion Hotel, which sits under the Maads collection of glorious hotels across Cambodia. 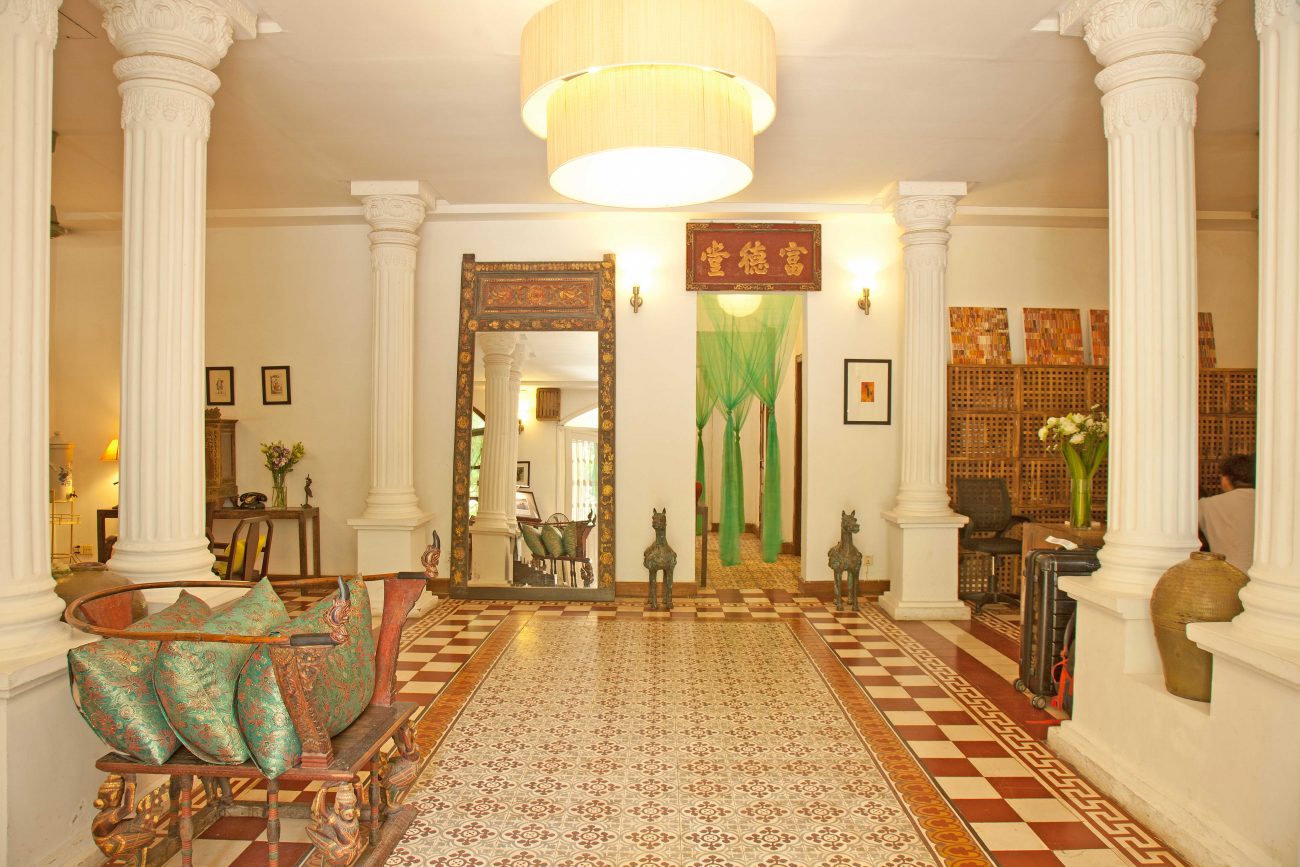 From the minute we were picked up from the airport via private transfer in what our wonderfully chatty driver, Te, ensures us is the only vintage Jaguar in the country and taken the short drive to the hotel, which sits a short distance from downtown Phnom Penh, it’s clear you’re in for something special. Behind the front door of the hotel, which sits on a street like any other, lies the hotel’s grounds Tardis-like and you’ll be mesmerised how they’ve managed to fit so much into what outwardly seems like such a small space but is, in fact, quite sprawling and expertly designed from top to bottom.

Situated a literal stone’s throw from the breathtaking Royal Palace, the interesting National Museum and the beautiful riverside with its non-stop nightlife, there can be few better bases in Phnom Penh for those travellers looking for a touch of the traditional close to all the unquestionable action that Cambodia’s capital has to offer. The Pavilion Hotel deserves to be celebrated as it has been a labour of love to restore a piece of historical architecture (something that has sadly been squandered across Cambodia in a lot of instances) and the end result of their dedication to restoring a hidden gem of French-Khmer architecture from the 1920s is the stunning 36 residence hotel which we had the pleasure of staying at for two nights here at Coolector HQ. 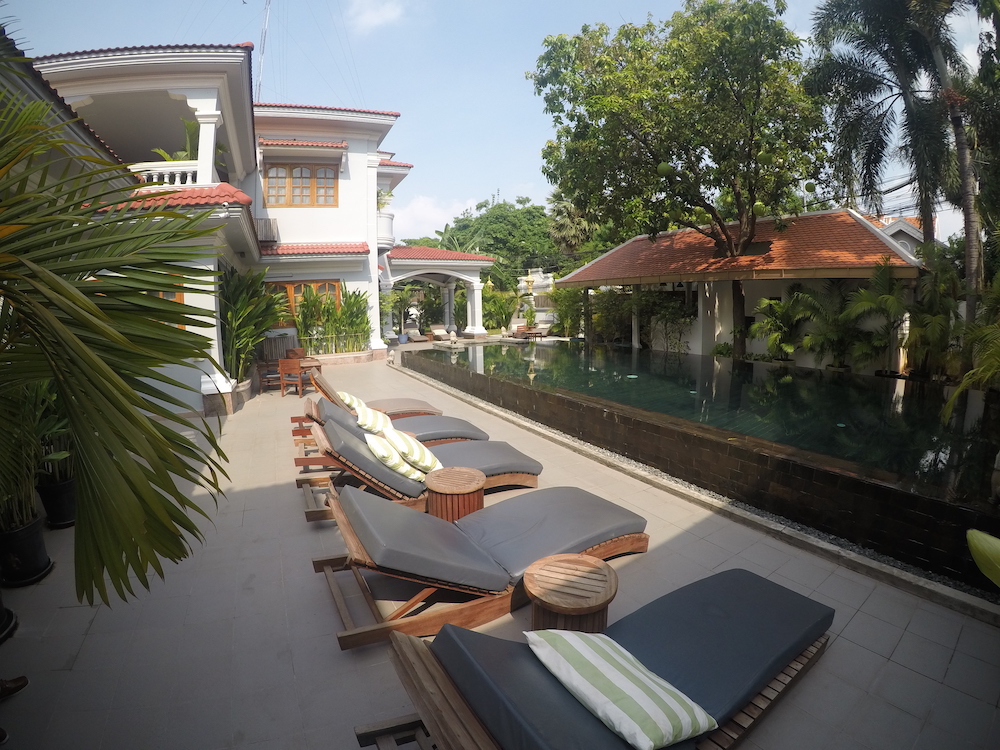 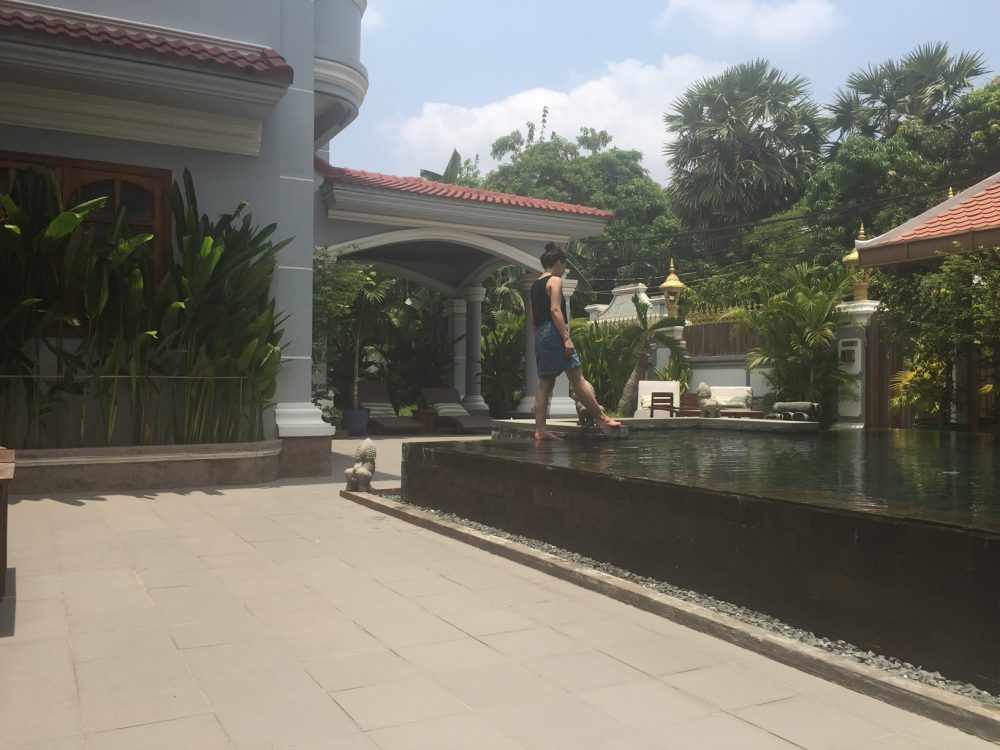 We stayed in one of the hotel’s private pool suites which boasts a small but functional room filled with traditional design features that add a touch of Cambodian class to proceedings and a larger than average private pool to relax and unwind in the unrelenting heat of Phnom Penh. Consisting of different areas, the Pavilion Hotel is dripping with eye-catching style flourishes that hark back to the era from which the principal property heralds from and this is something that we loved here at The Coolector because it provides all the modern luxuries that most travellers come to expect but not at the expense of the historical elements of the property. 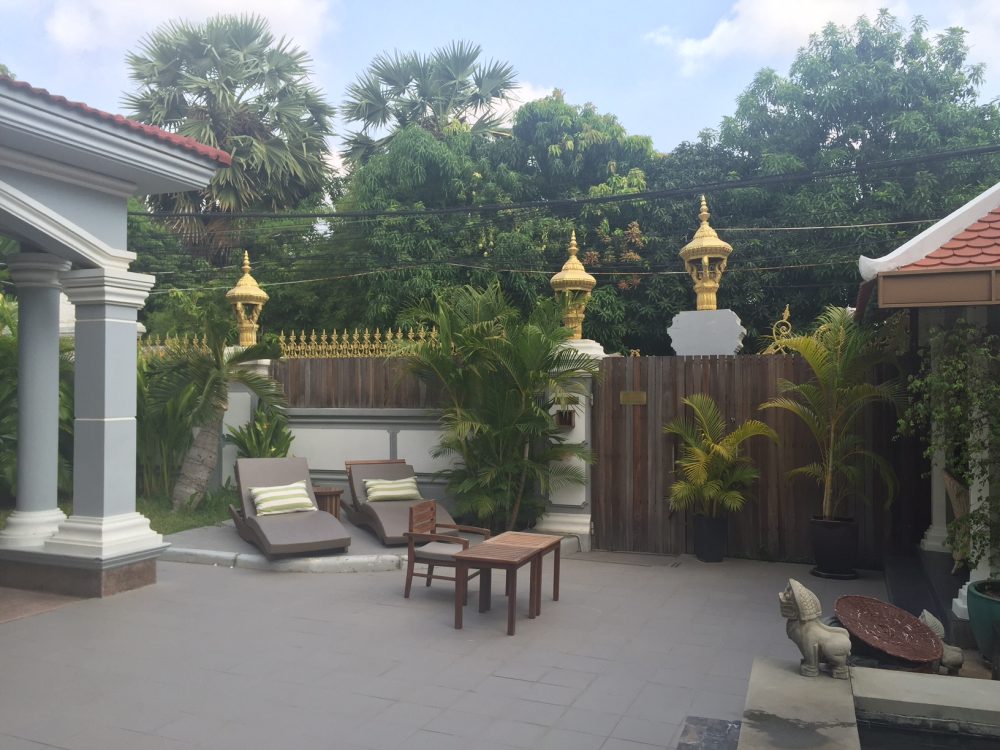 Intricate furniture, glorious wooden designs and superbly renovated pieces are to be found throughout the grounds of the Pavilion Hotel in Phnom Penh and we loved the obvious pride that the hotel’s staff had in their property, always on hand to provide information about the hotel or the surrounding area. The people of Cambodia are amongst the friendliest we’ve encountered here at The Coolector and this is something that shone through with the staff at the Pavilion who often went above and beyond the call of duty to ensure the resident’s stays are memorable.

Jewel in the Crown

Cambodia is, pleasingly in some respects, not as developed perhaps as its neighbours in Thailand and Vietnam and there is a real charm to the hotels throughout the country and the Pavilion really did serve as an ideal introduction to the sights and sounds that Phnom Penh had to offer. Small but perfectly formed, this luxury boutique hotel is in good company with a raft of other meticulously designed and restored properties from Maads Asia and the level of relaxation the property provided in the hubbub of Cambodia’s capital is nothing short of miraculous. 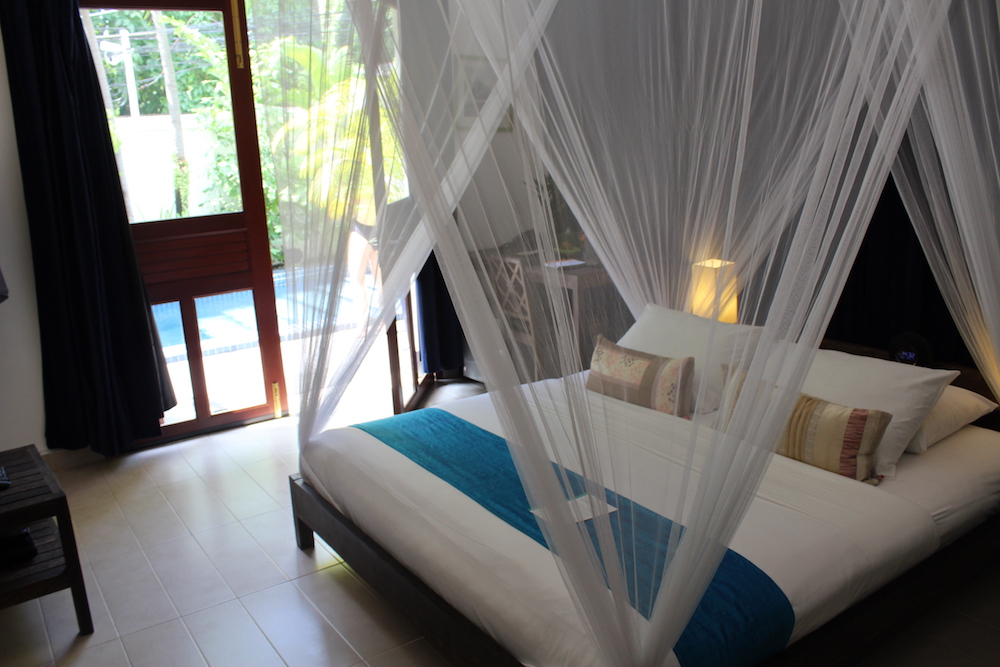 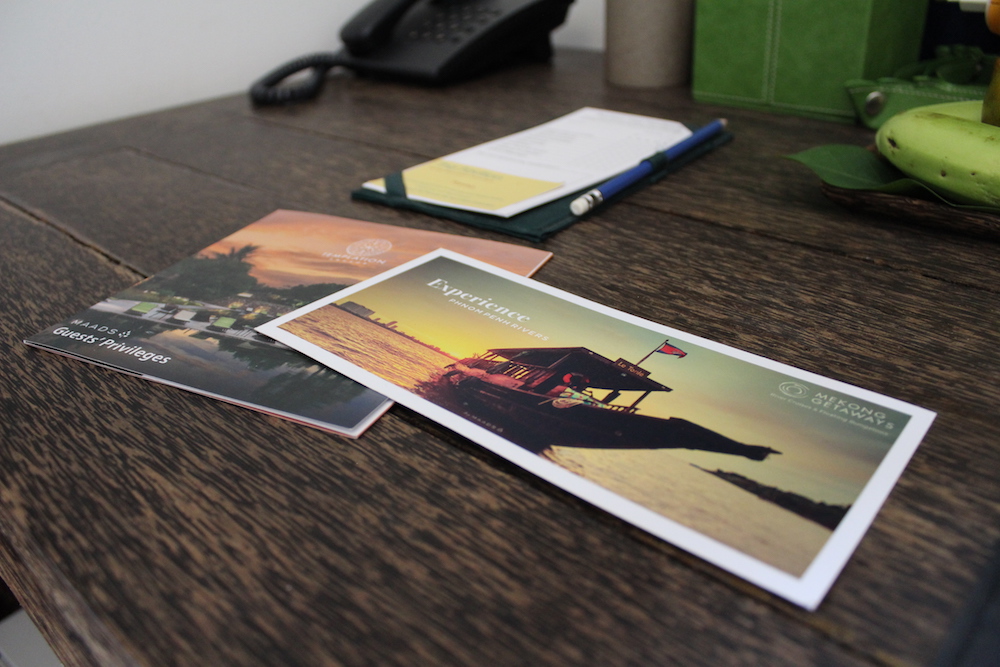 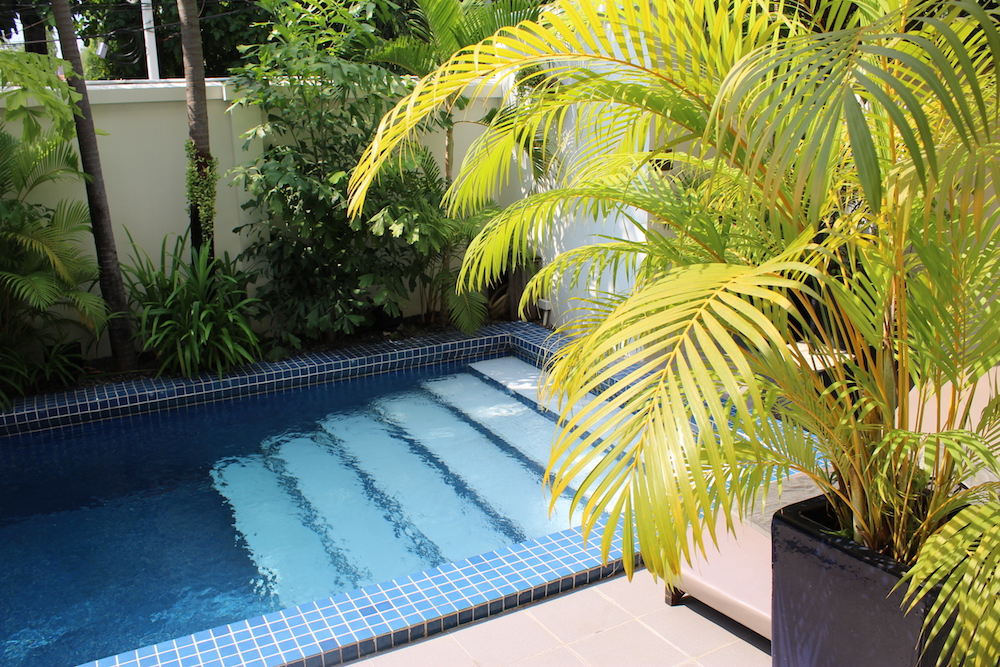 The Pavilion Hotel is one of those rare gems that you stumble across when travelling and it a fine example of the sort of boutique hotel that we invariably find ourselves gravitating towards at The Coolector. Filled with eclectic, traditional furniture and design features and staff who rightly take pride in the quality of the residence, we’d certainly have no hesitation in recommending this stunning hotel to anyone seeking a relaxing respite to the non-stop buzz of Phnom Penh. A real jewel in the crown and one we can’t wait to return to.