Architecture is something that we could spend all day poring over here at Coolector HQ and it’s because of extraordinary pieces of design like the Planar House from Studio MK27 that we feel this way. Absolutely breathtaking from an aesthetic point of view, the Planar House is located in the city of Sao Paulo in Brazil and boasts one of the most eye-catching exteriors we can remember from all our years of searching for the best in architectural design. 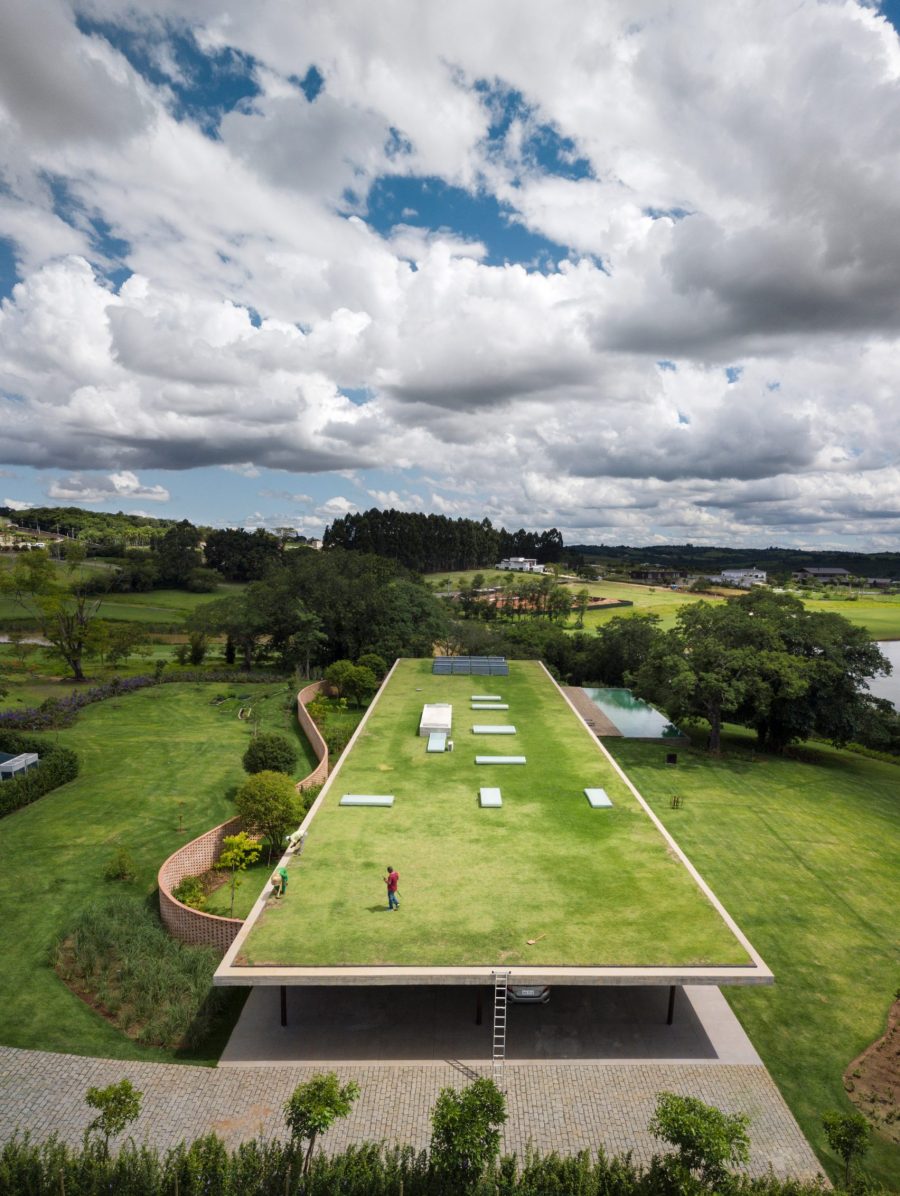 The Planar House from Studio MK27 is minimalist in nature but has definitely got plenty of features inherent in its design that immediately draw the eye and make it one of the most unusual and painfully cool pieces of architecture imaginable. This stunning piece of design offers its owners a variety of enclosed and open spaces situated beneath an imposing concrete roof covered in grass and which looks almost big enough to play a game of football on.

Studio MK27 have really excelled themselves with the magical looking Planar House in Sao Paulo and it really does deliver on every level both in terms of its visual impact and how functional it is for the family who reside there. This exemplary piece of design was completed a few months ago and takes its name from the grassy surface on the roof of the property. Th Planar House is described as a radical exercise in horizontality and this is something that Studio MK27 regularly explore with their designs. 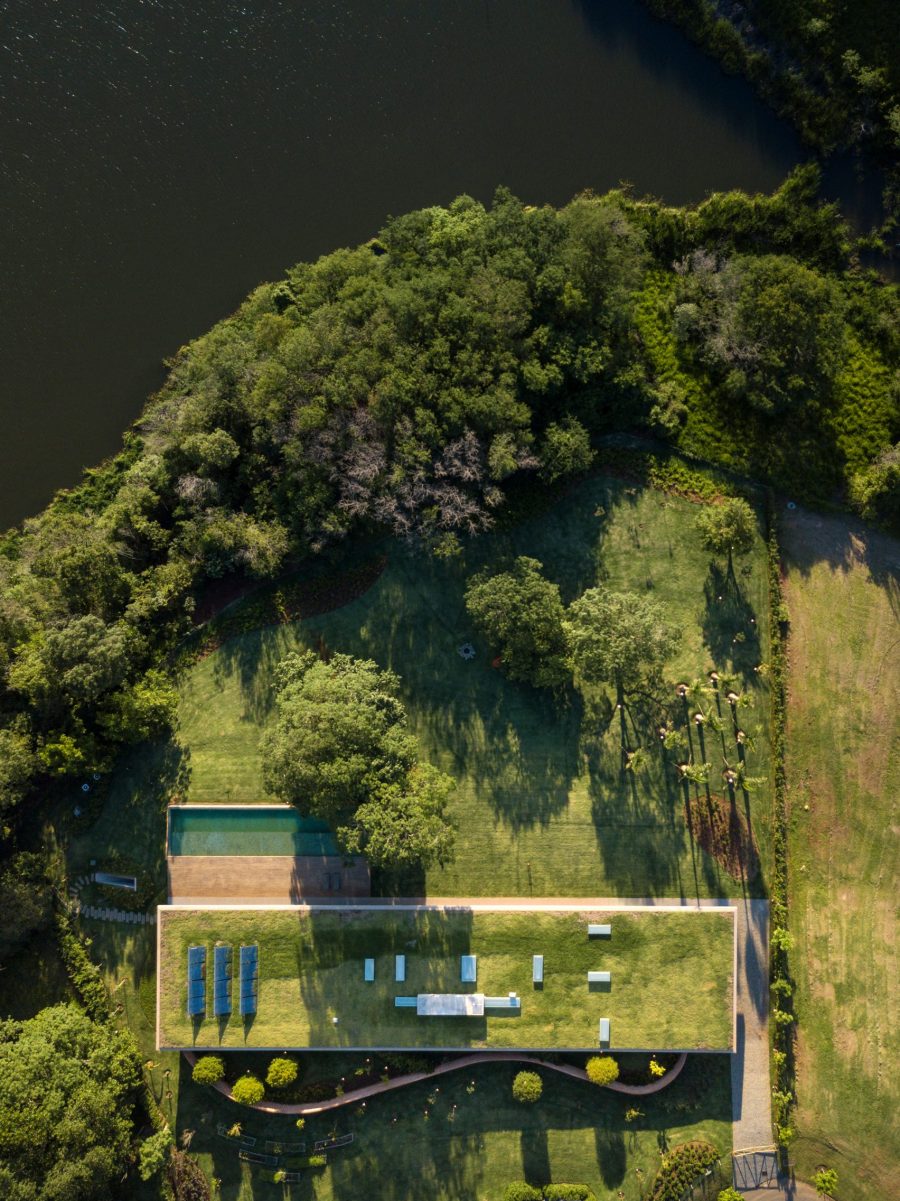 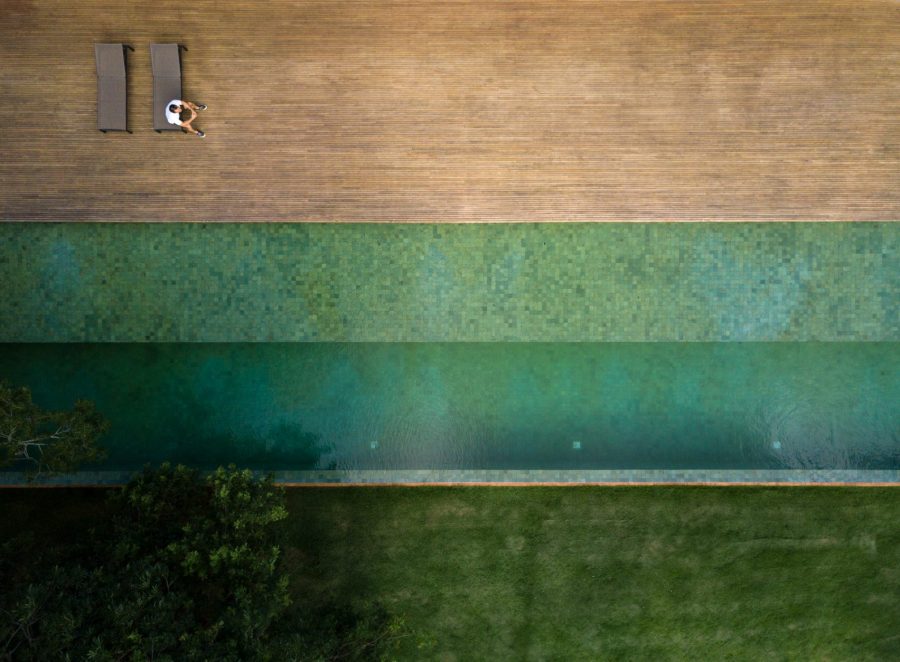 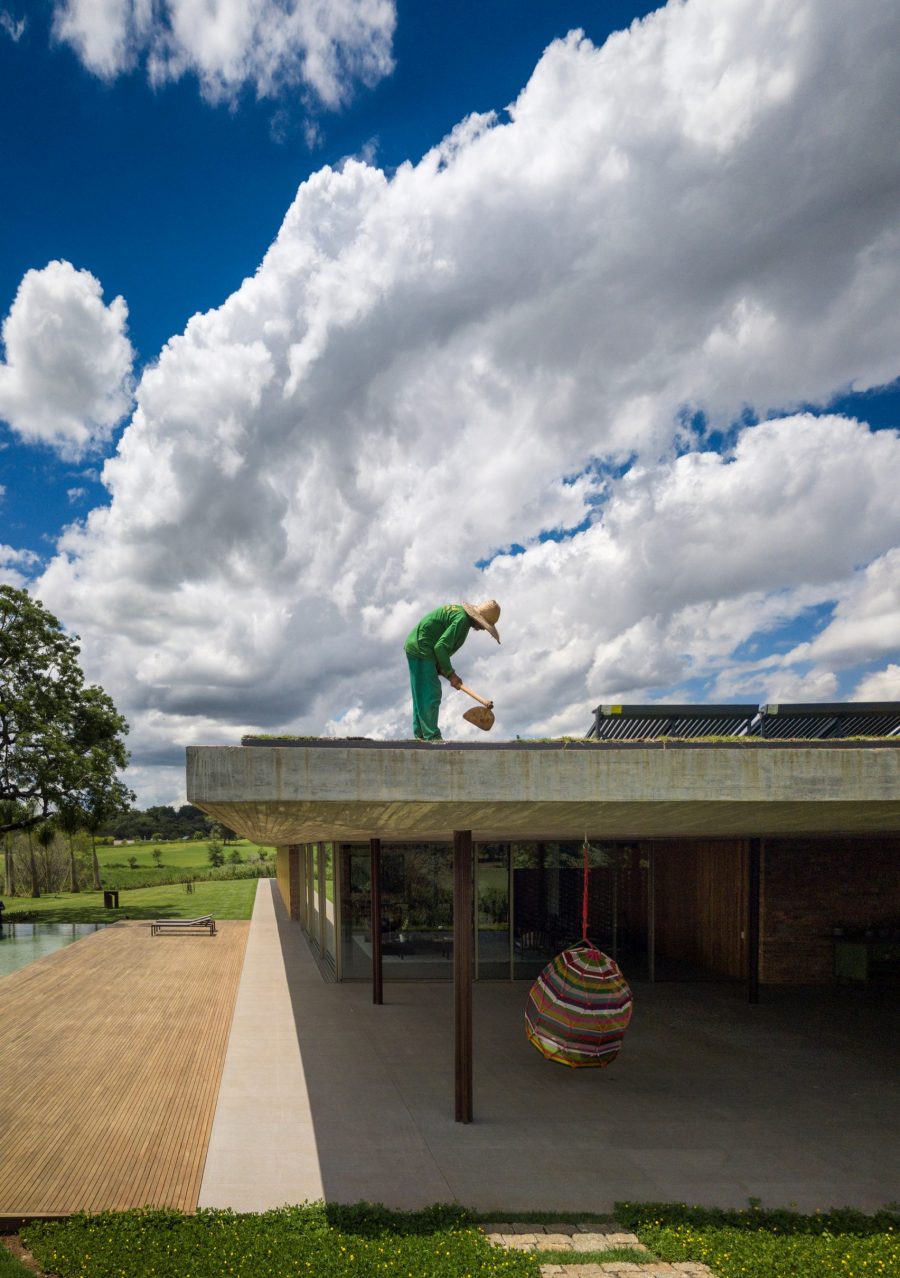 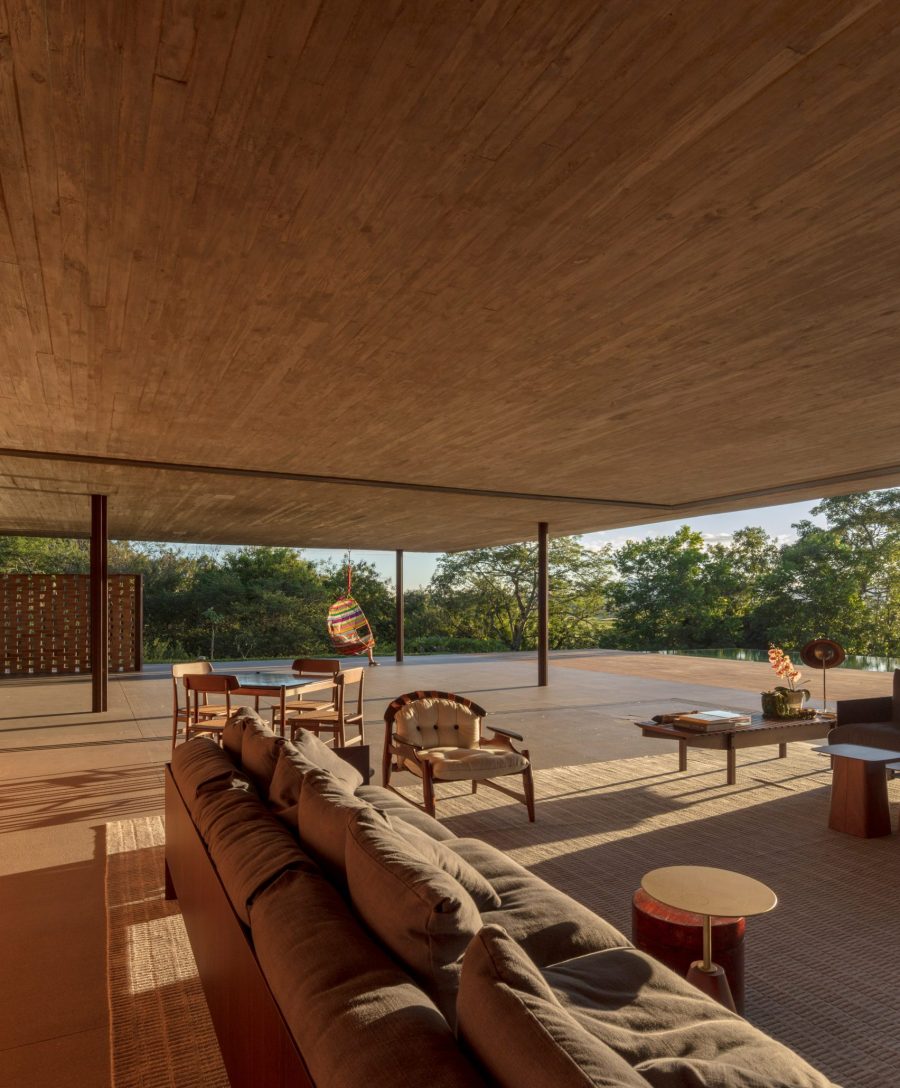 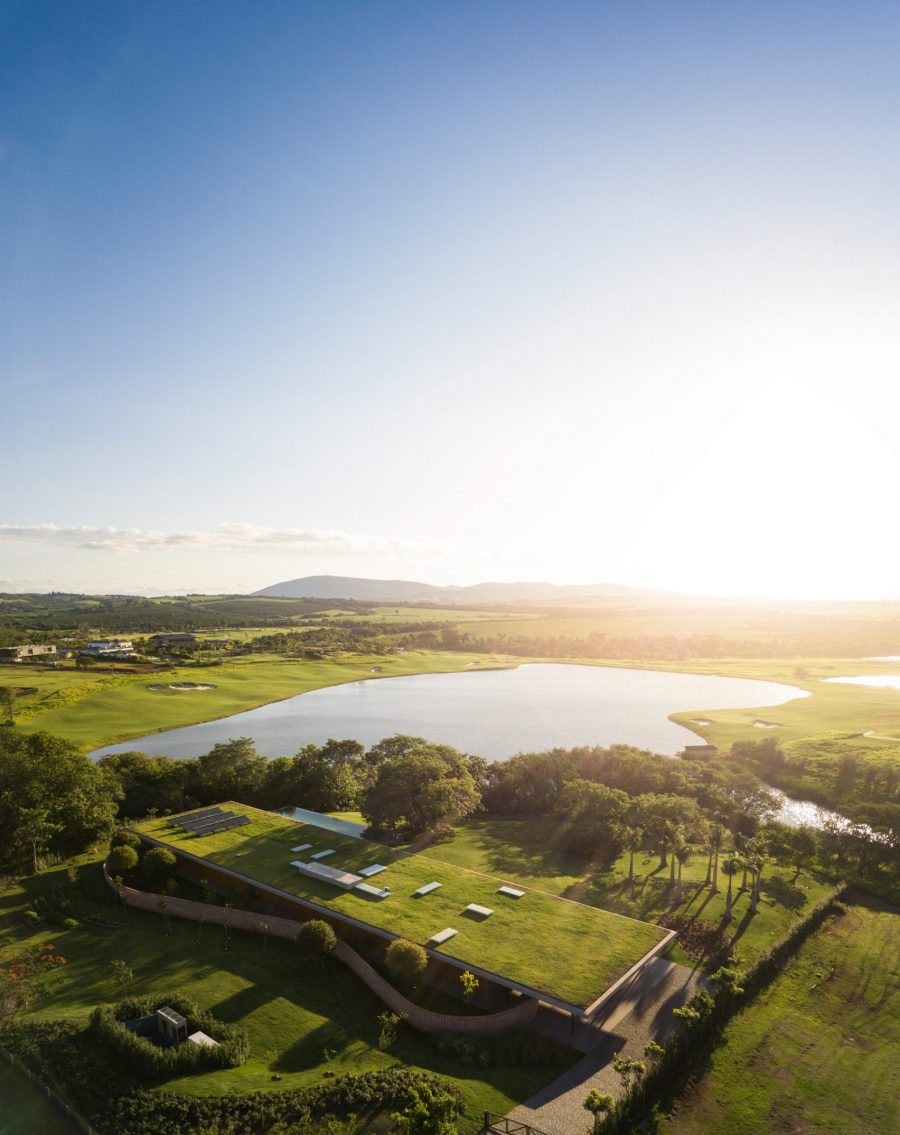 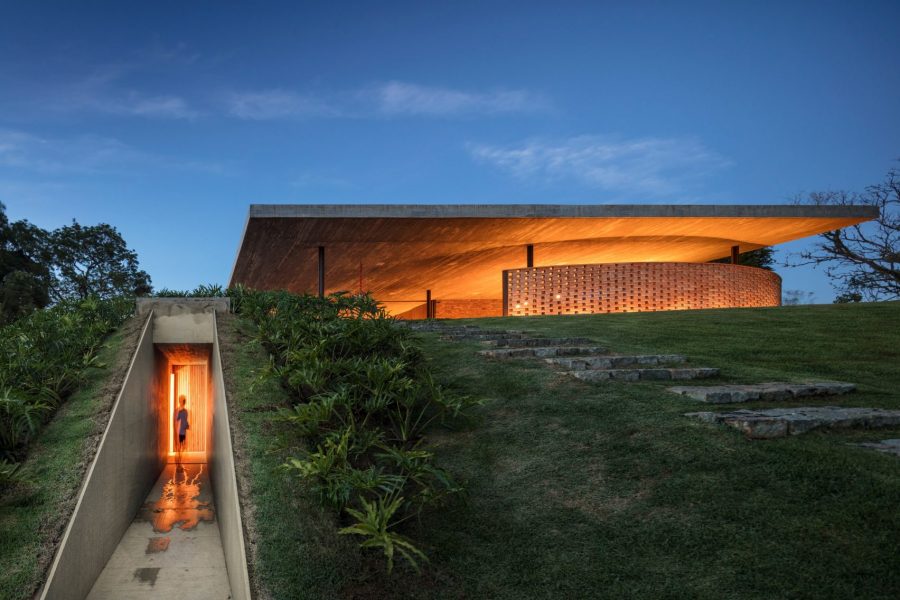 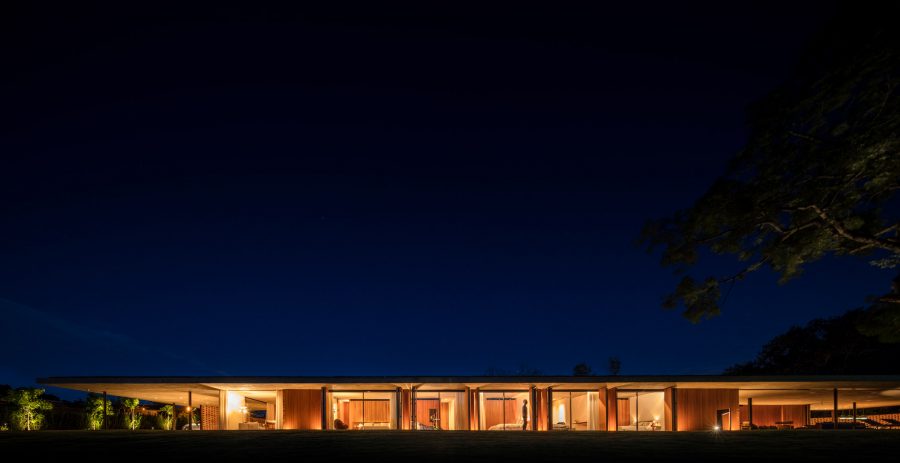 Intricately designed to perfection, the Planar House from Studio MK27 has thick slab which sit directly on a grid of cruciform columns, while in other parts of the property, these slabs sit on load bearing walls. What makes this all the more impressive is the fact that there are no visible supporting beams throughout the house which significantly enhances the sense of space within. When experiencing a top down view of the property, you will see vegetation, skylights, and solar panels covering the roof and this is something which provides an eco-friendly vibe to the home. 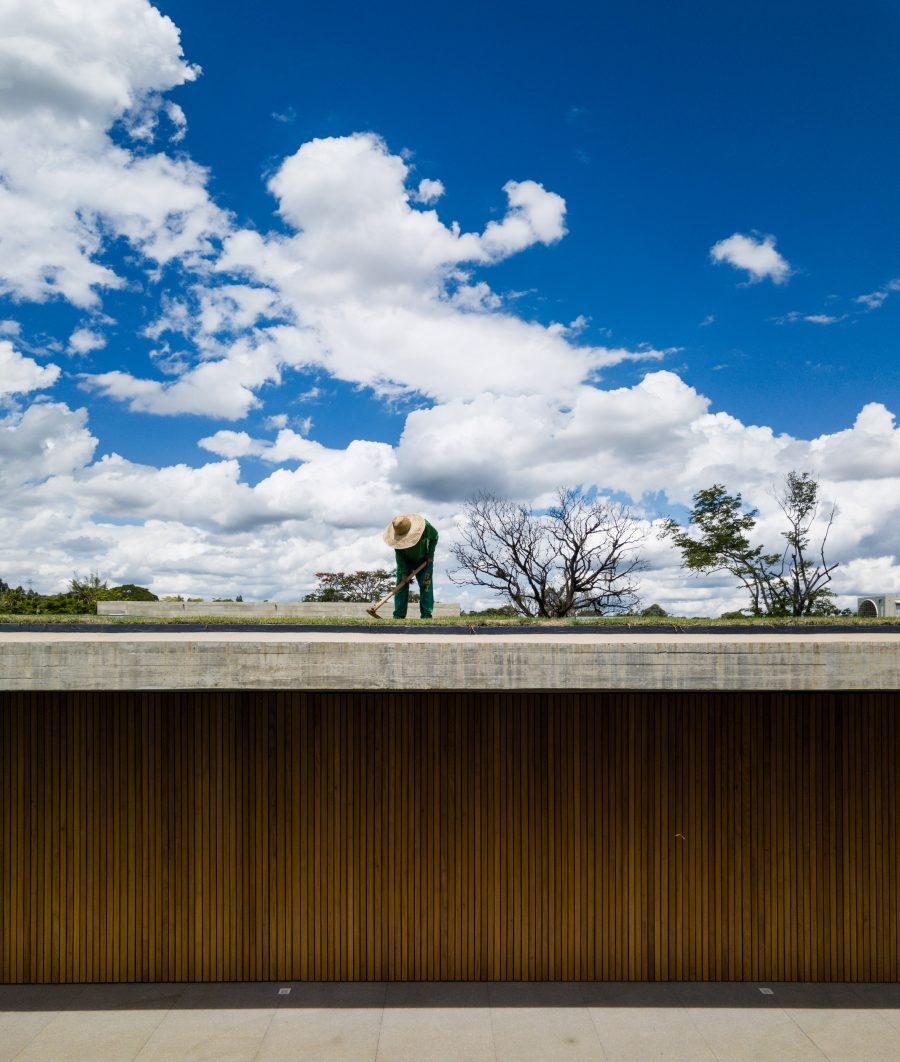 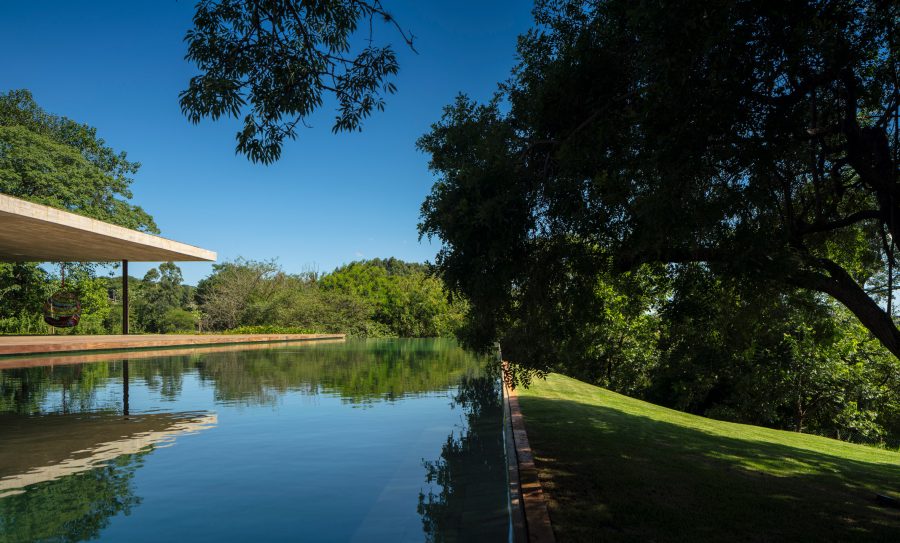 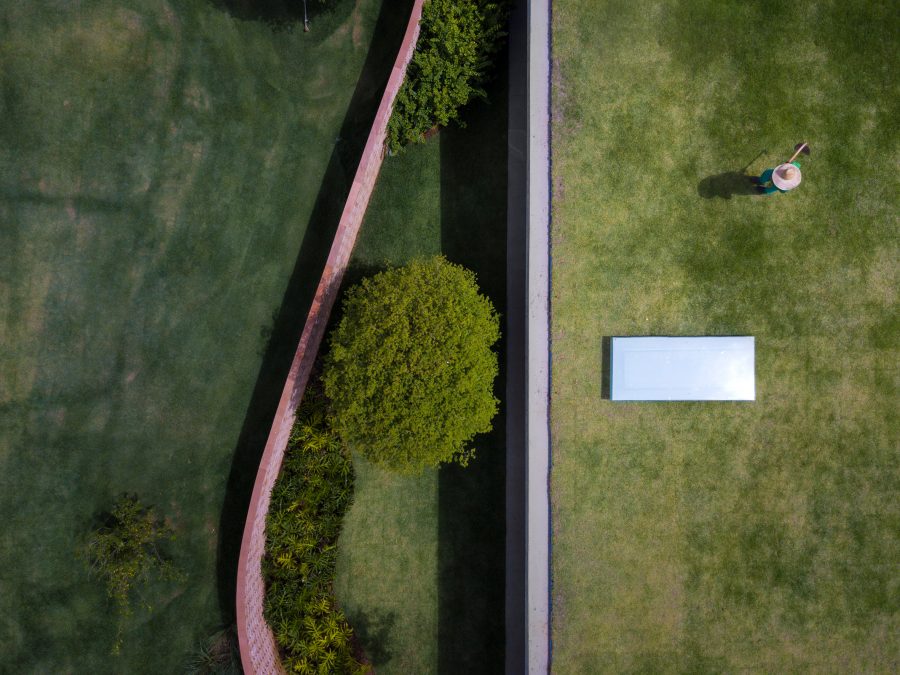 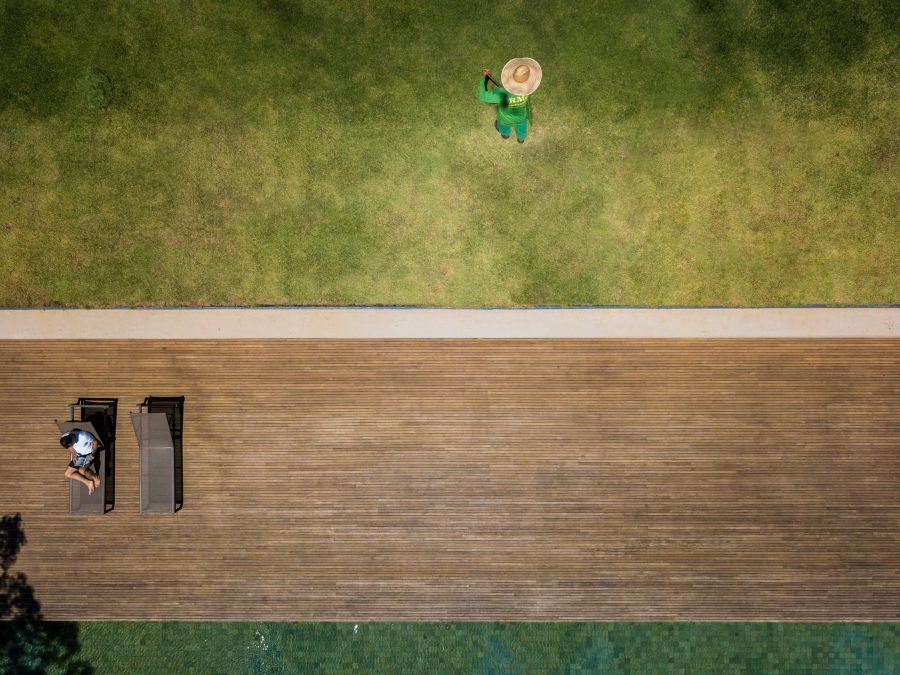 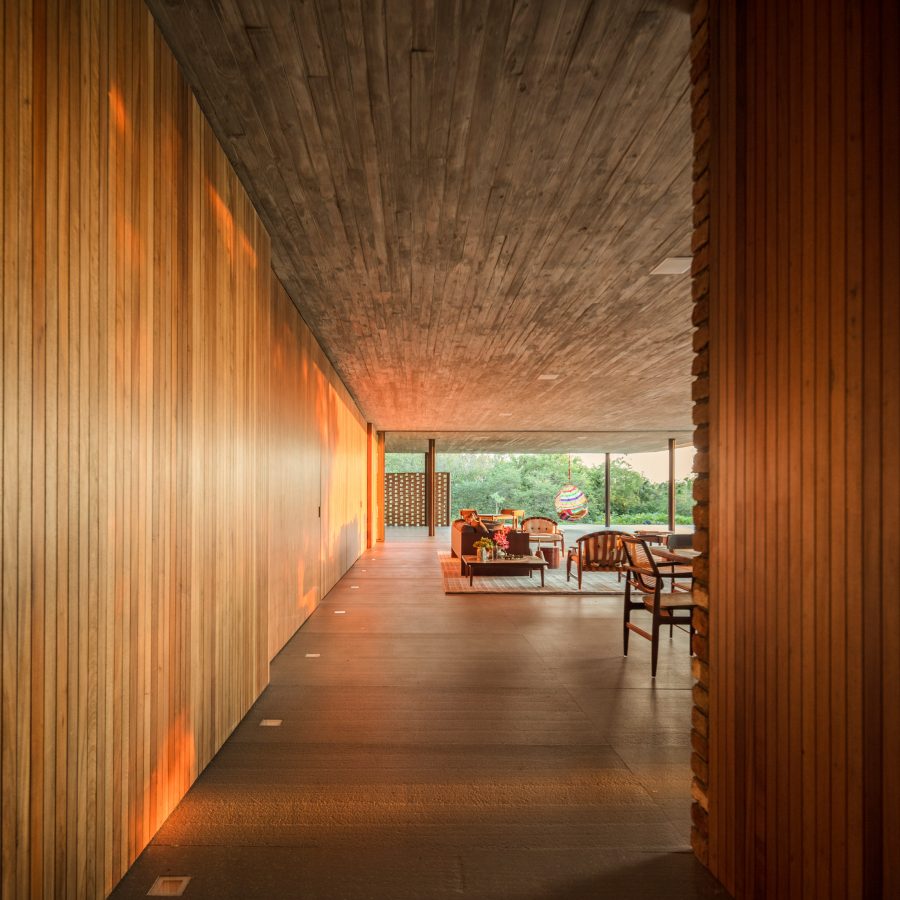 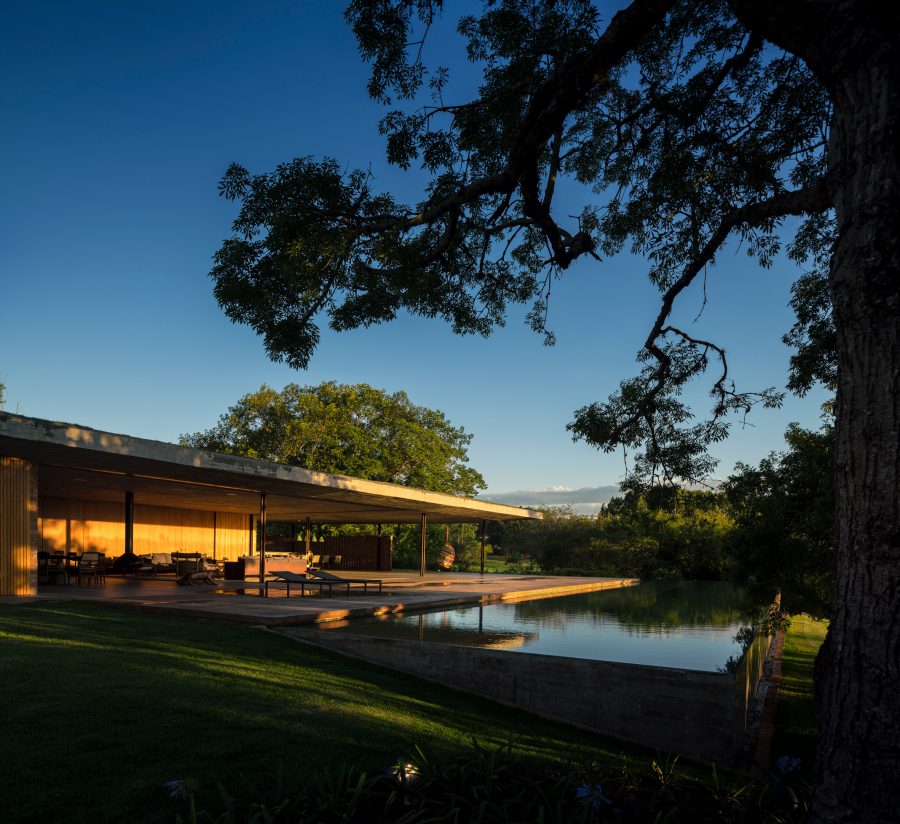 With the main entrance to the home accessed from the north, it is found on the narrow side of the long rectangular footprint. An opening in a curved, made from spaced-apart bricks, leads to an enticing garden where you can relax and unwind and make the most of the wonderful weather in Sao Paulo. At the opposite end of the residence, there are a few steps which lead from the living room down to a spectacular pool that has to be seen to be believed.

It isn’t just on the outside that the Planar House excels as the good news just keeps on coming when you head inside as well. This flawless property has around 1000 square metres of living space which are made up of two separate spaces which are oriented north-south and run parallel to one another. One contains service spaces like a playroom for children, the kitchen, and a home gym. Whereas, in the other you’ll find the five bedroom suites, laid out in a single row with great views of the sloped landscape beyond. 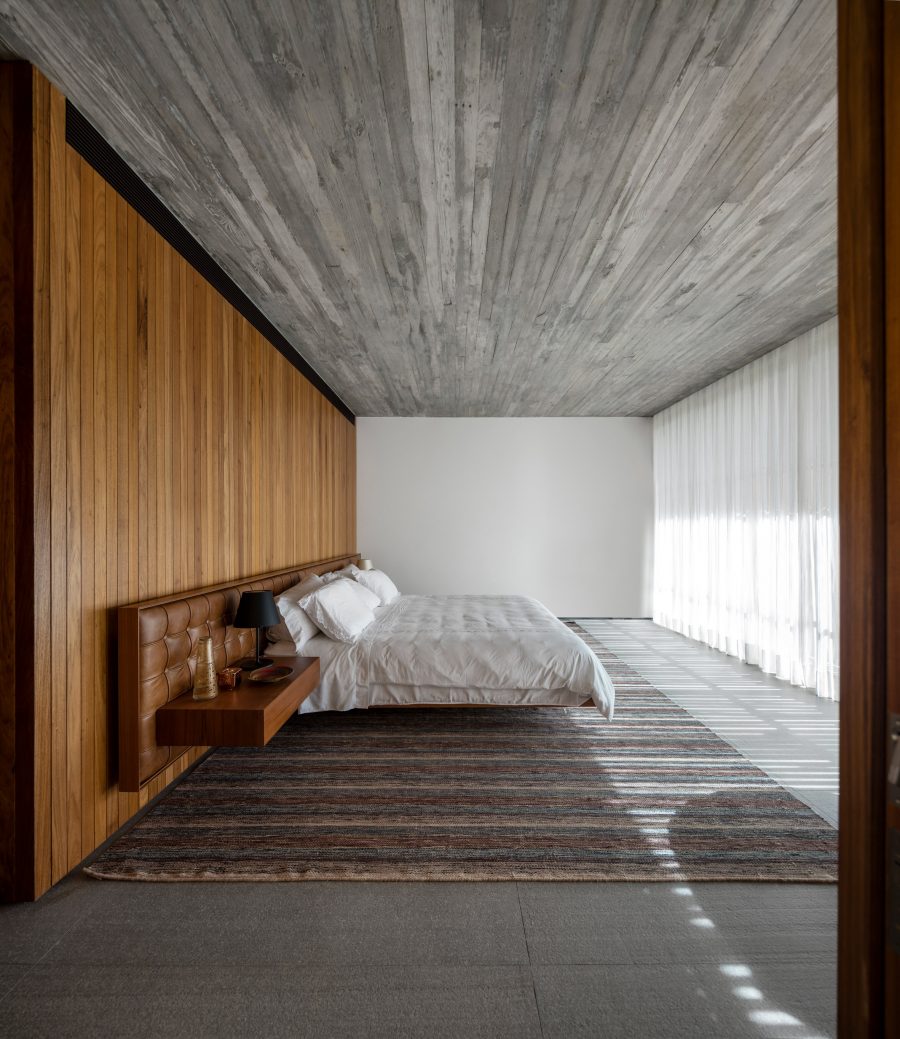 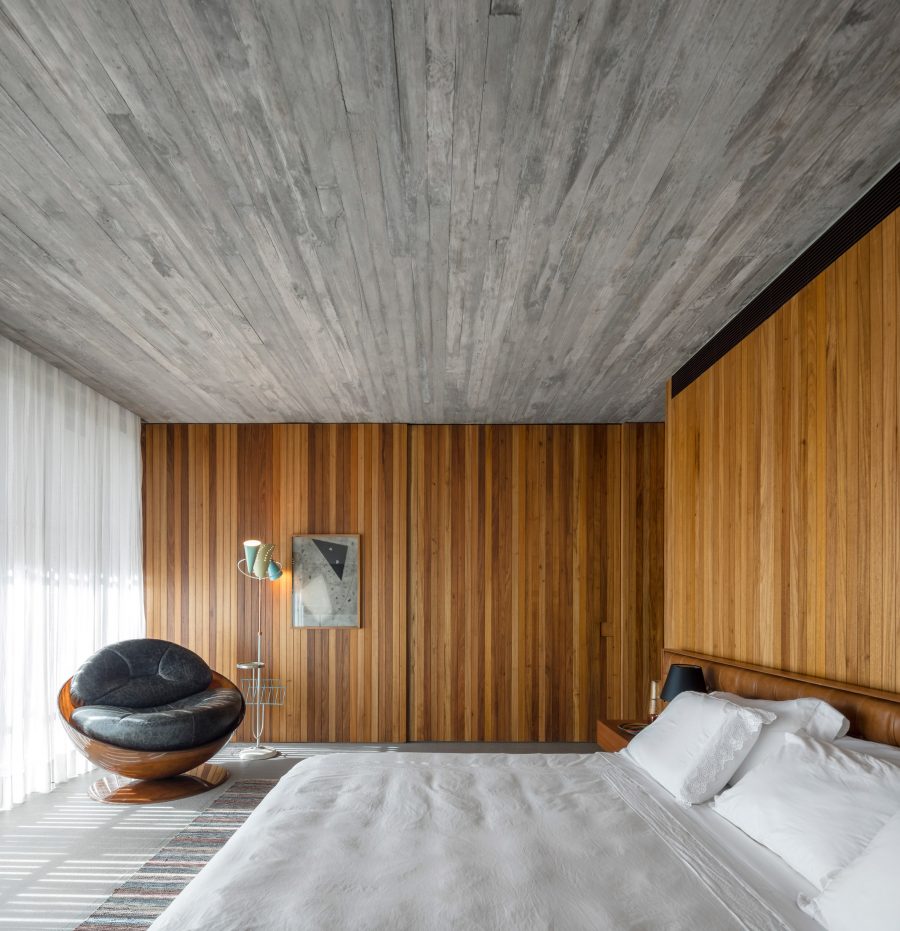 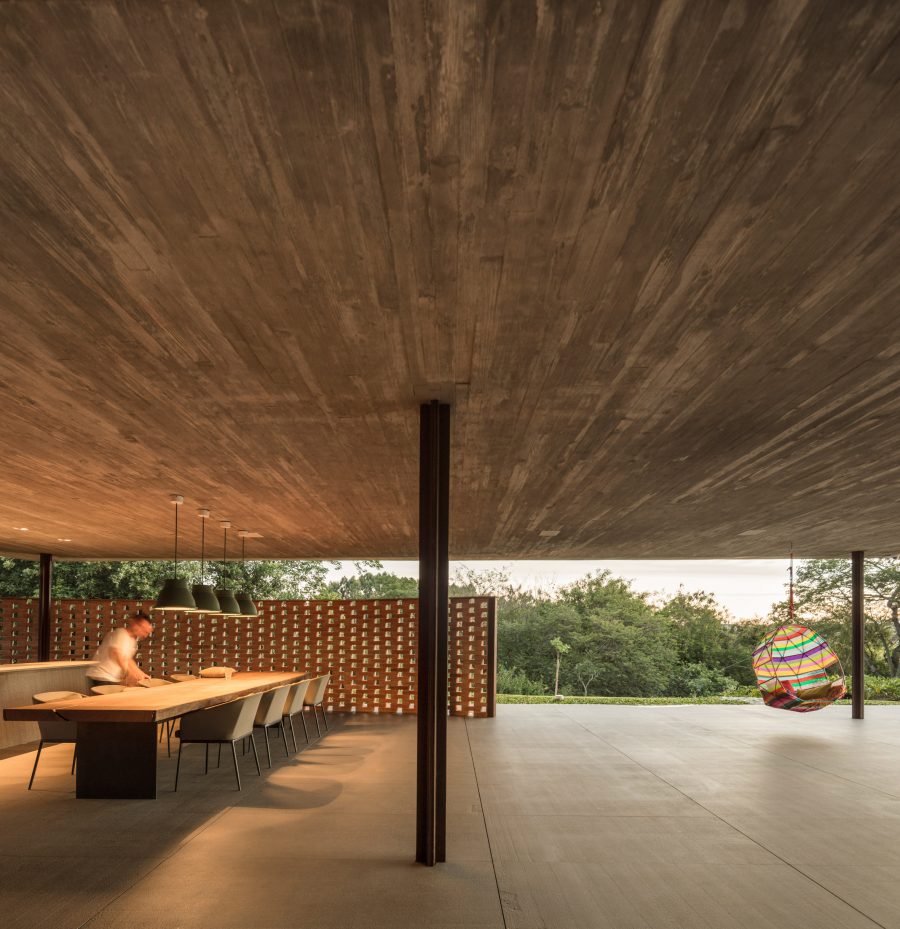 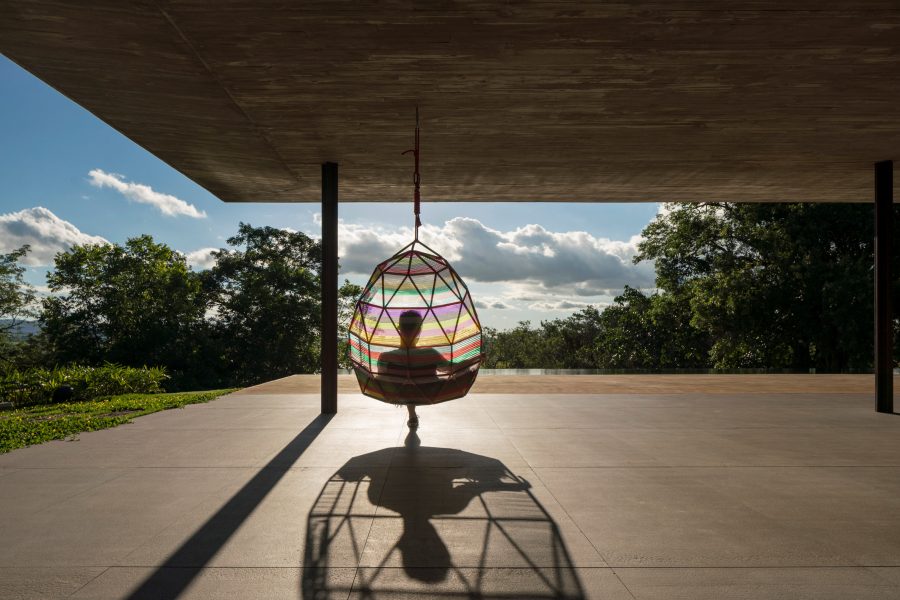 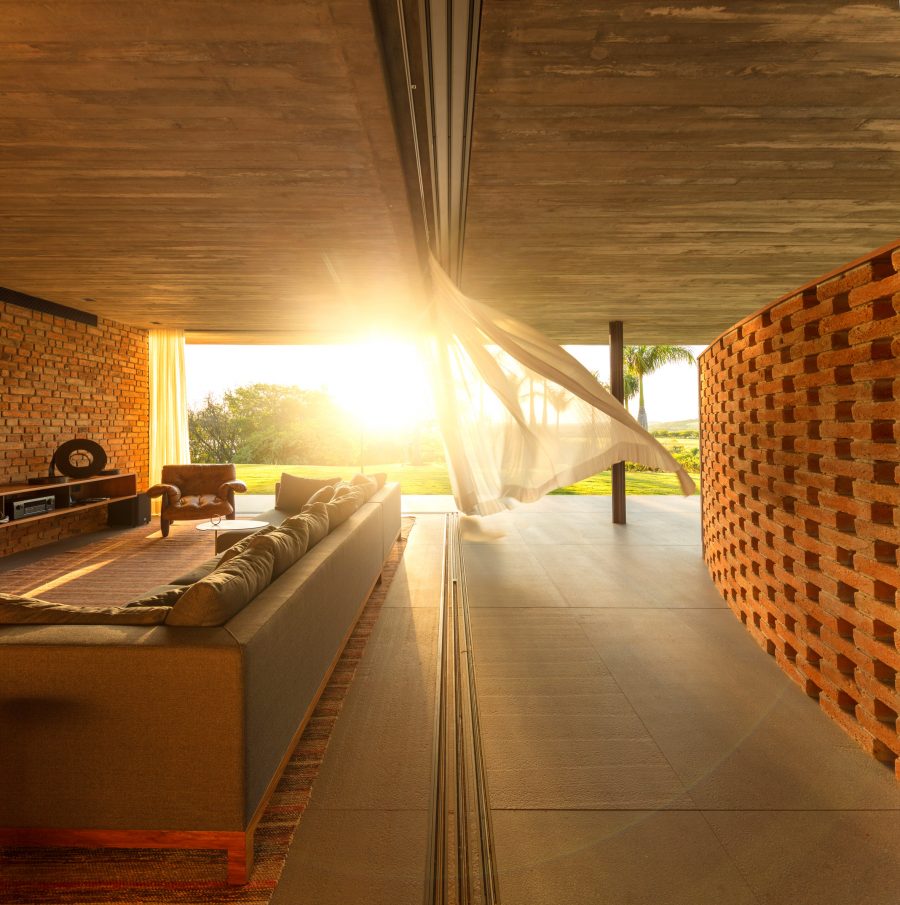 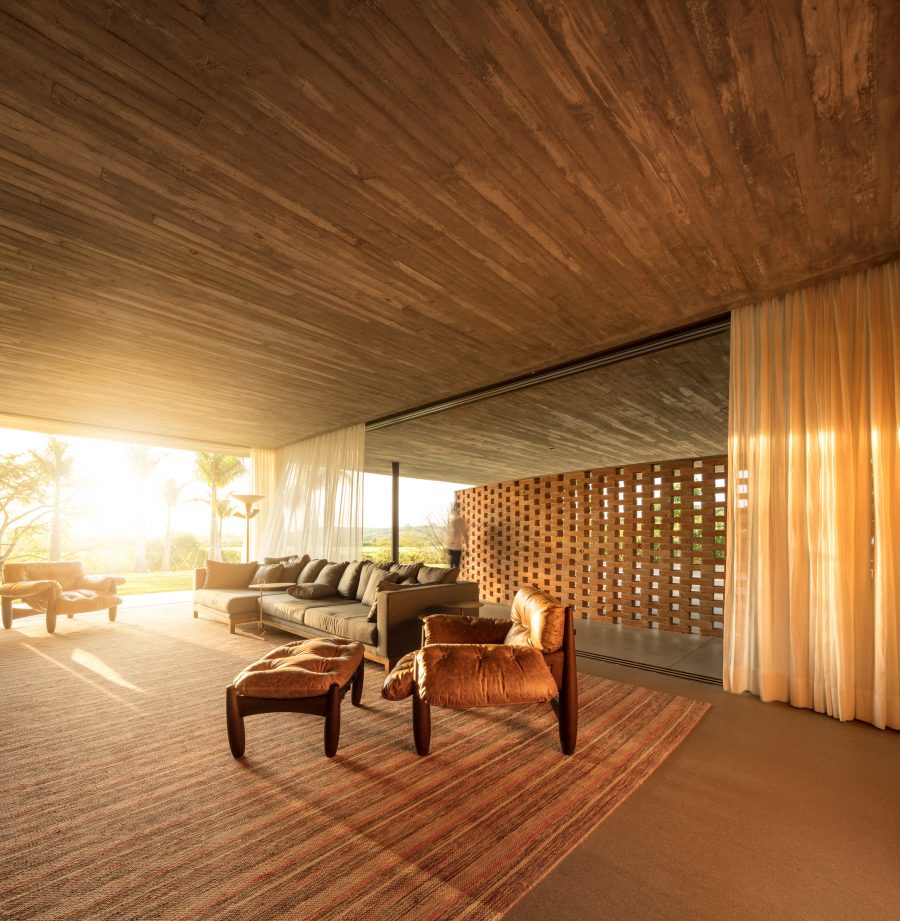 Another fine example of the sort of stunning architecture that we gravitate towards here at Coolector HQ, the Planar House from Studio MK27 really is a sight to behold. This magnificent piece of architectural design is quite unlike any other we’ve seen and it delivers a compelling and engaging living space for the family that resides there.

Written By
Leo Davie
More from Leo Davie
The level of skateboarding prowess that we possess here at Coolector HQ...
Read More