Having grown up in the 80s and 90s here at Coolector HQ, the original Playstation is probably our most abiding gaming memory so we’re always delighted to see any products pertaining to the console classic but we weren’t expecting this to entail these bonkers but brilliant looking “Playstation” Nike PG2 Sneakers from professional NBA basketballer, Paul George. If you love stand out sneakers and Sony’s flagship console, these are certainly the sneakers for you. 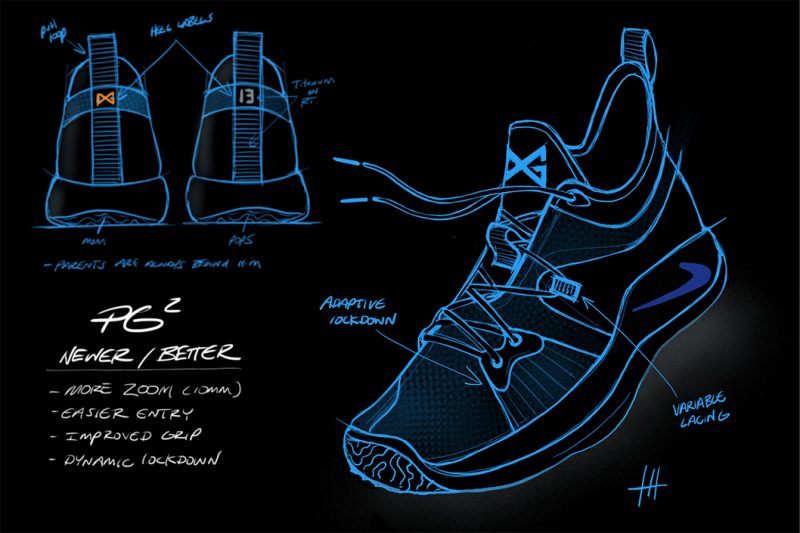 The “Playstation” Nike PG2 Sneakers are, as the name suggests, the second collaboration between Paul George and Nike to deliver a striking footwear creation and this time round, it’s the player’s love of gaming that shines through in the design aesthetic. These first class sneakers combine George’s two loves of gaming and basketball and he considers himself one of the biggest gamers in the NBA with his penchant for the PS4 console and this is something that has been weaved into the design of this top notch footwear from Nike.

As the Playstation is an enduring console that has stood the test of time and still remains the most popular on the market to this day and there are plenty of PlayStation-specific nods to be found with this footwear but the stand out one is, of course, a light-up tongue that immediately draws the eye and certainly makes you stand out from the crowd wherever you’re wearing these aesthetically superior sneakers from Nike. 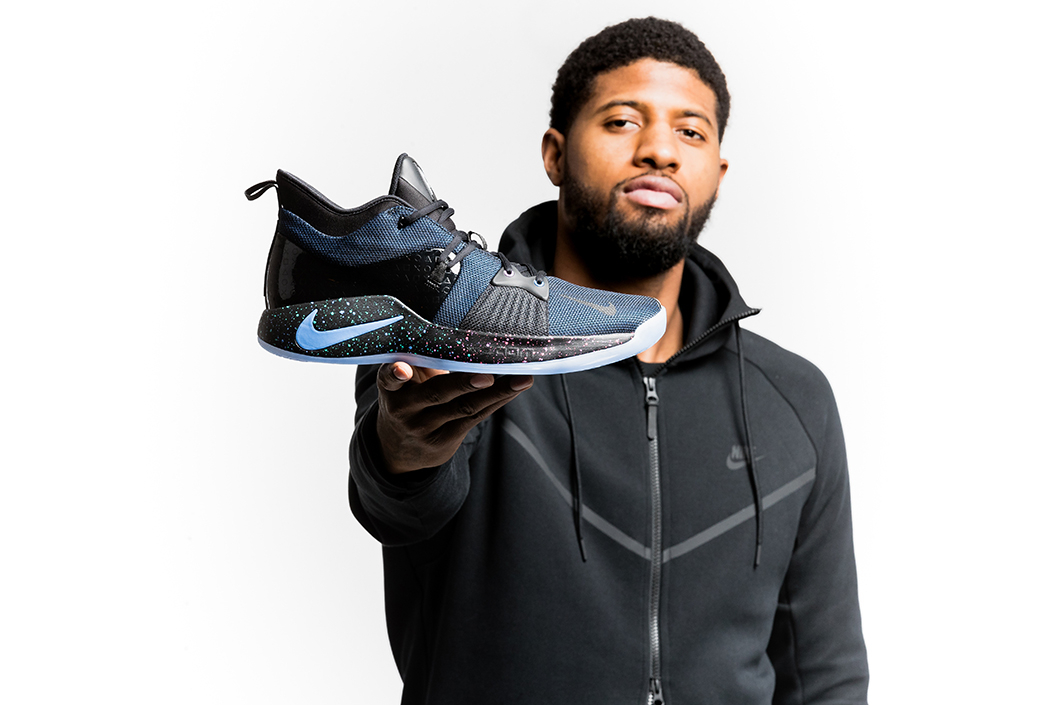 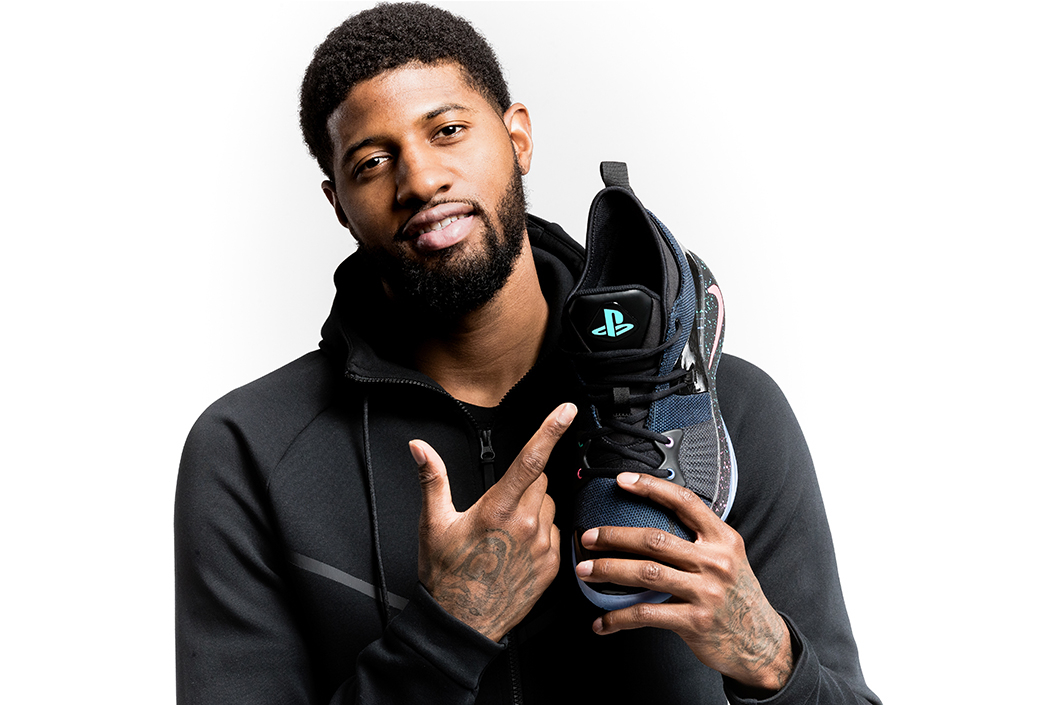 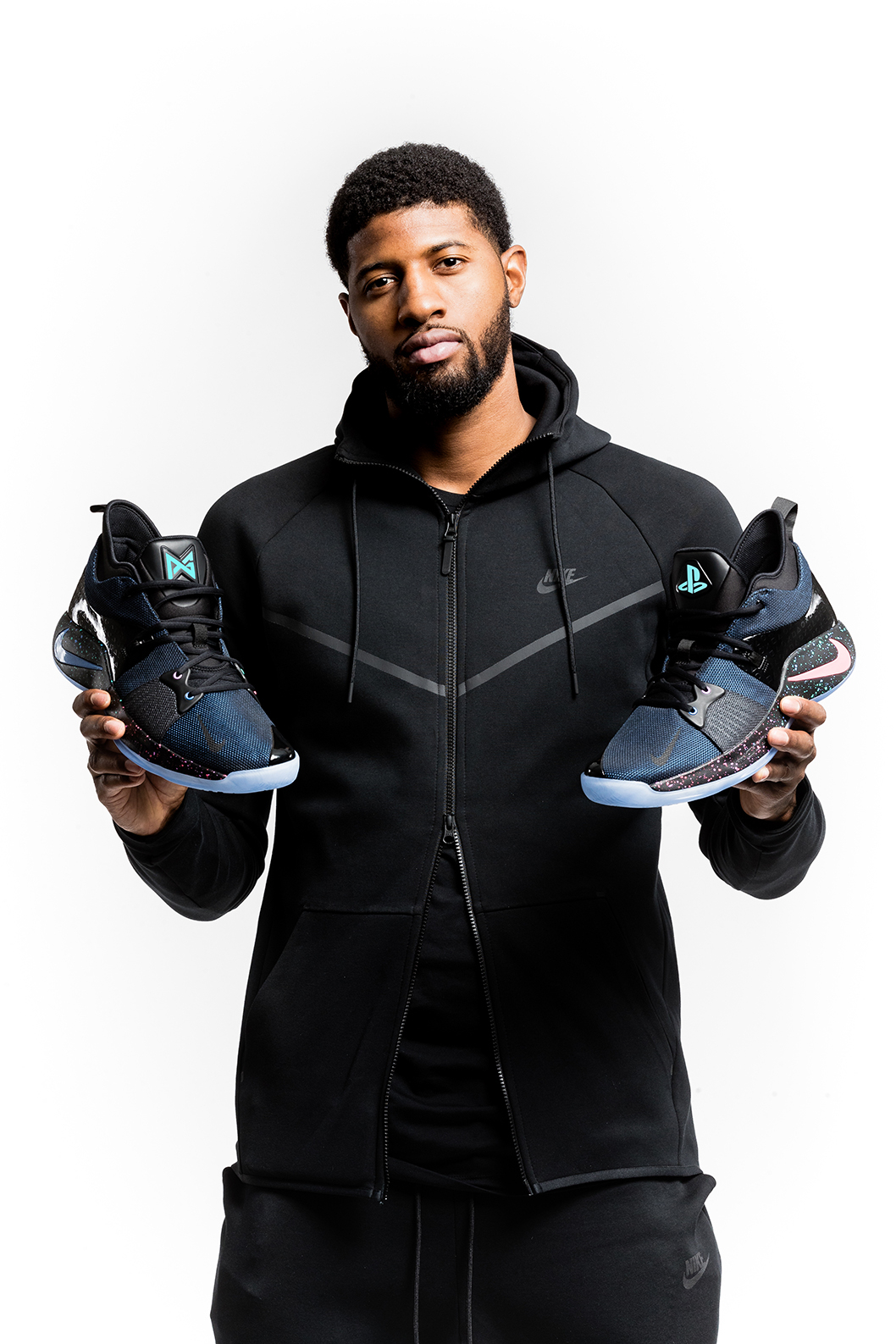 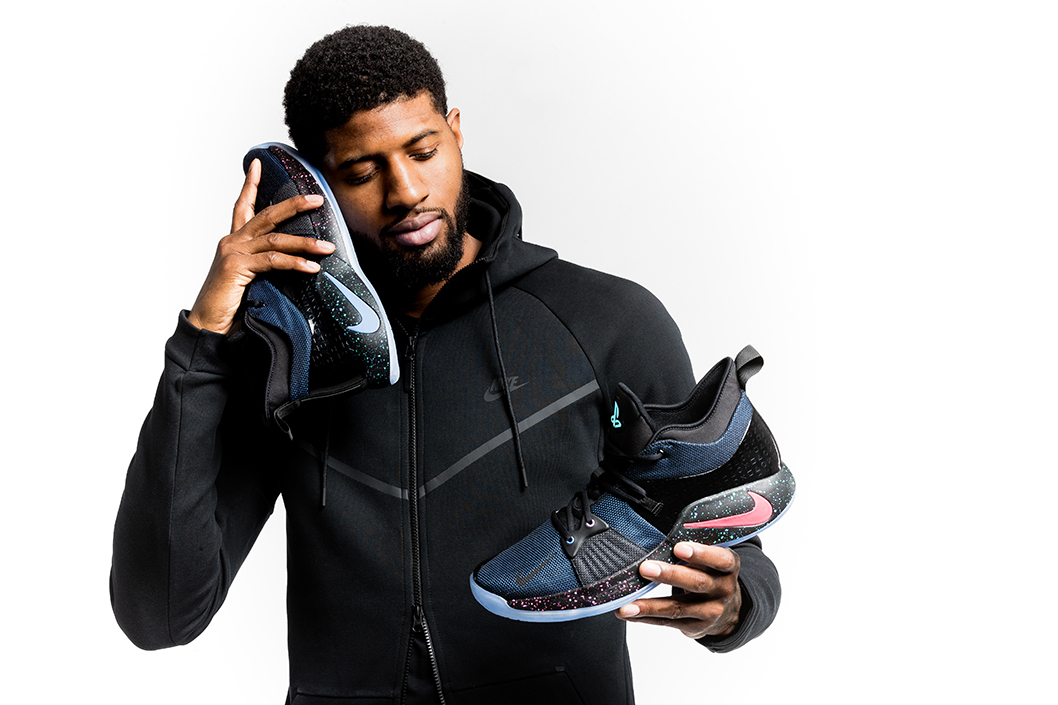 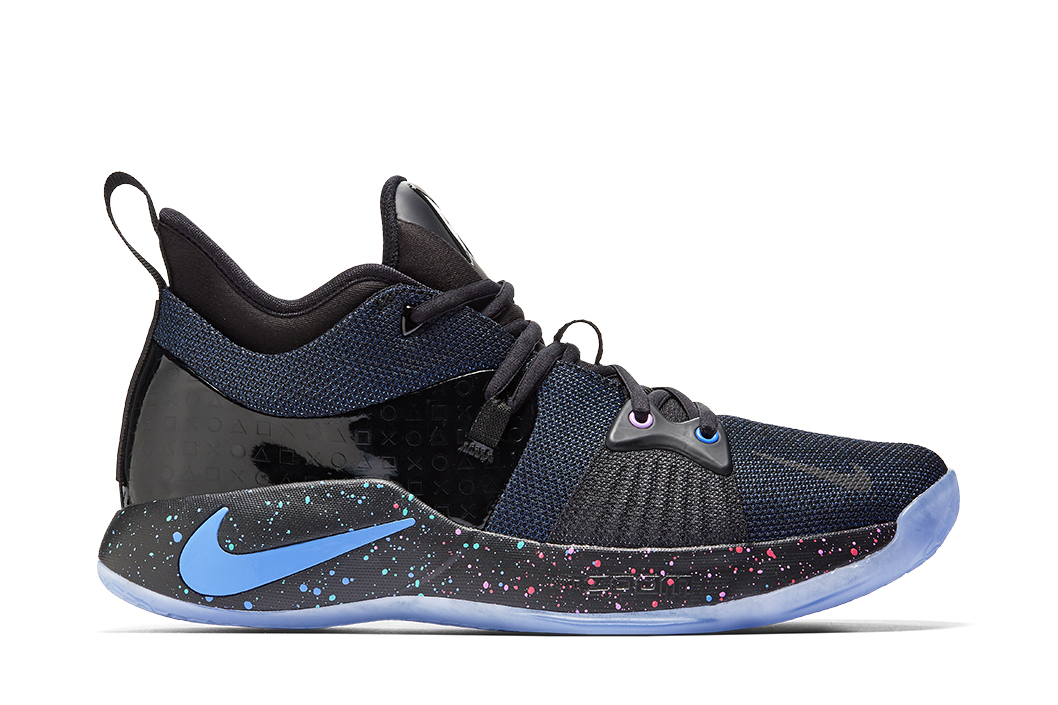 The “Playstation” Nike PG2 Sneakers were made in collaboration with the PlayStation team on every element of this shoe. A particular cool feature that the Playstation team was responsible for is the starry graphic from the dynamic theme which will be made available for your PlayStation 4 with a code you get when you purchase the shoe. It’s a eye-catching graphic, so it was made into the sock liner for these awesome looking and expertly conceived sneakers from Paul George, Nike and Playstation. 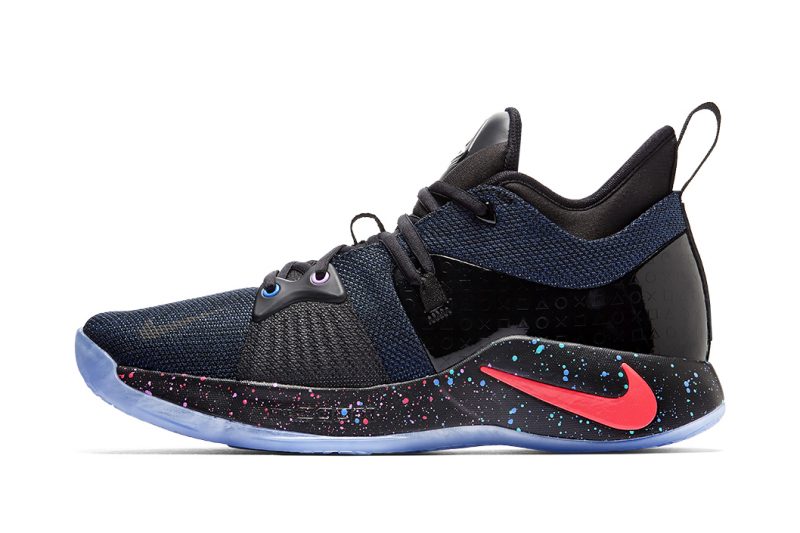 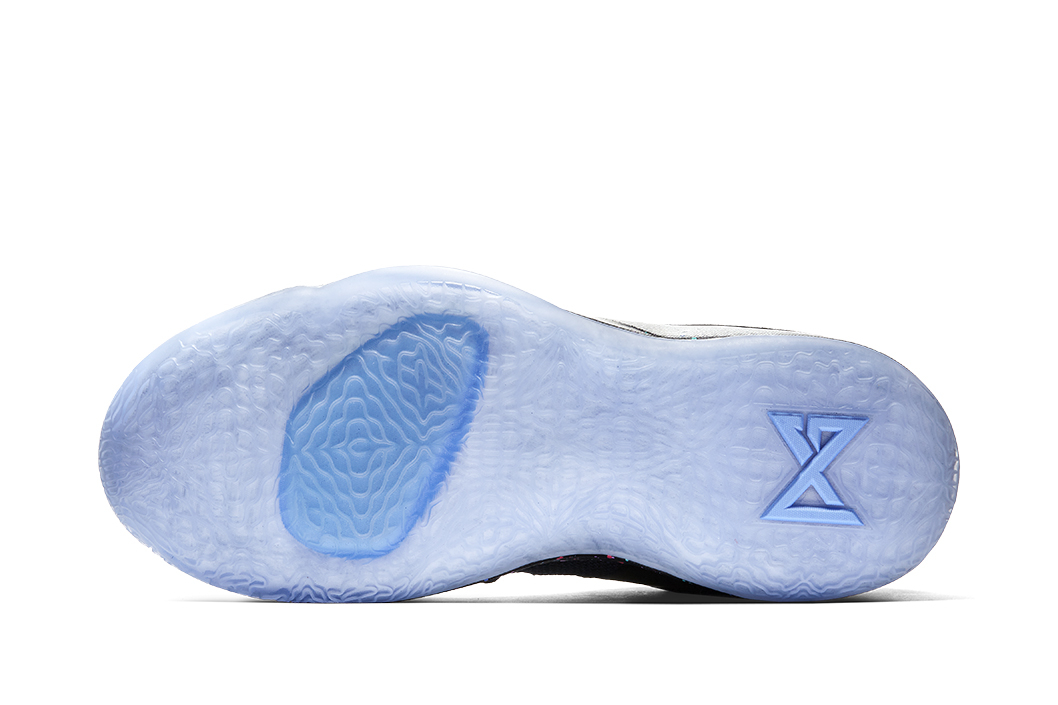 With some noticeable upgrades with this new release from Paul George and Nike including a more traditional tongue construction and so-called “dynamic wings” at the forefoot. While this delivers the same level of lockdown as the PG1 sneakers, the new aesthetic does a great job of improving the overall fit of the PG2. Visually speaking, you’ll be hard pressed to find a more visceral pair of sneakers than these so if you want to stand out from the crowd, you should make sure you’re first in line when they hit shelves February 10th.

There is an undeniable bold visual impact to these “Playstation” Nike PG2 Sneakers and there comfort levels are off the charts. It has a larger Zoom Air Unit than its predecessor which is central to these comfort levels and improvements to overall traction so if you’re after the ultimate in basketball sneakers, this has definitely got everything you’re looking for and a whole lot more besides. 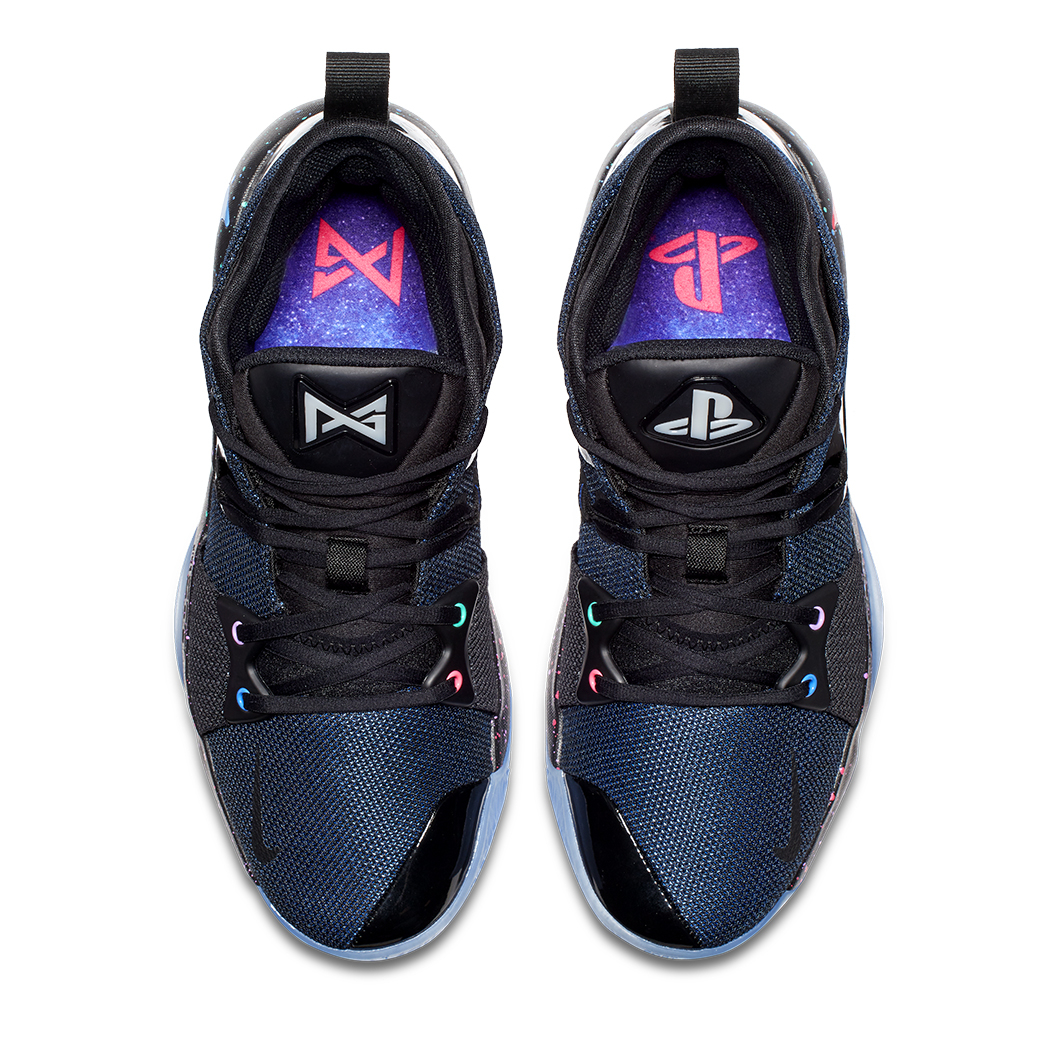 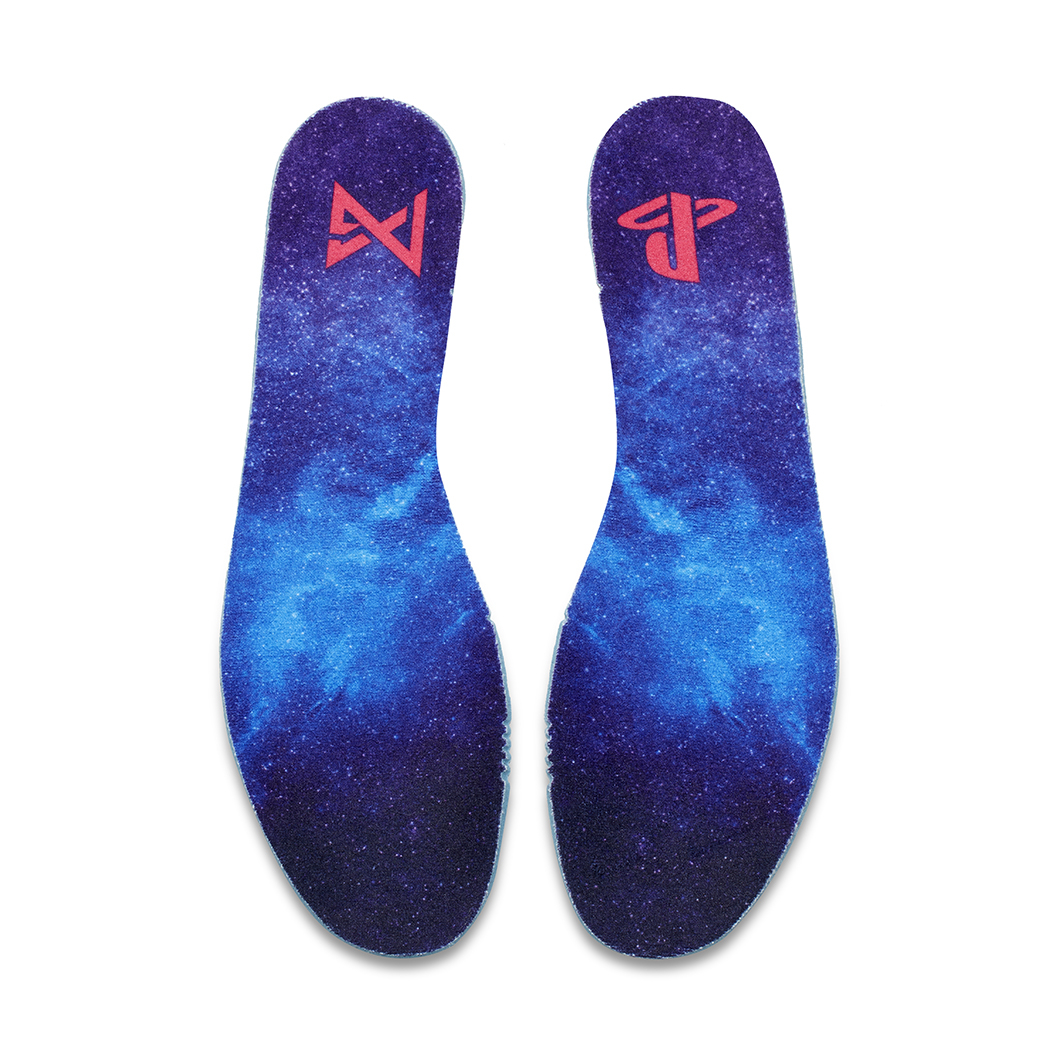 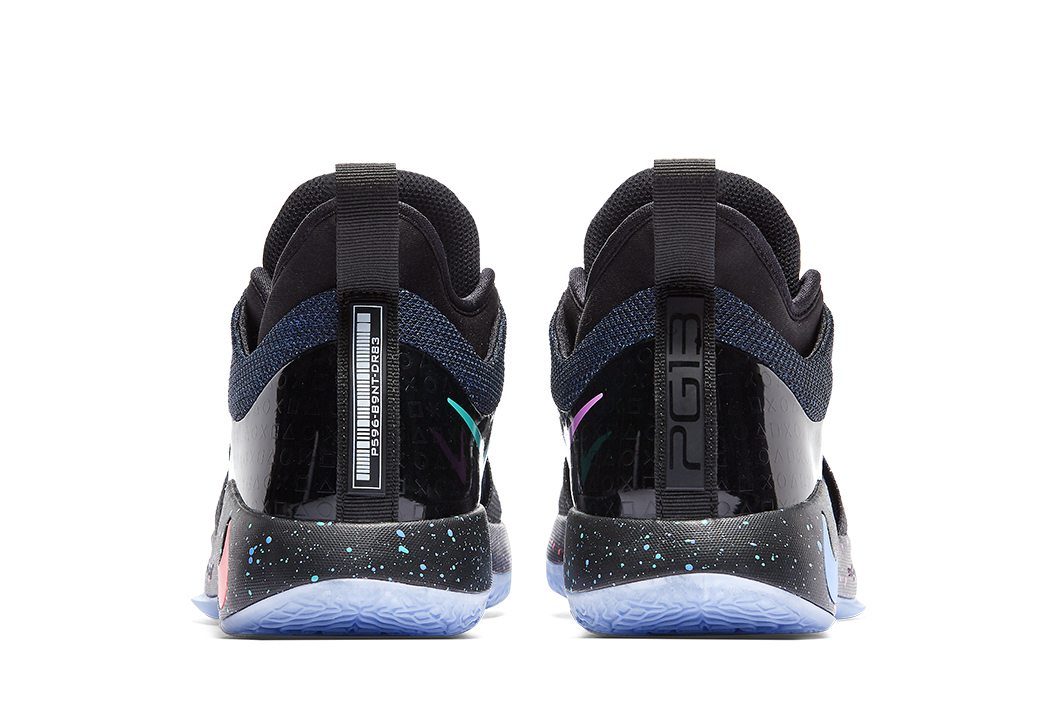 Nike know what they’re doing when it comes to footwear and the design of these Playstation inspired sneakers certainly appeals to our style sensibilities here at Coolector HQ. With a love of gaming and basketball acting for the catalyst for their creation, you’ll need to move quickly if you want to get your hands on a pair when they’re officially launched in February.