When you think of the American Southwest in your mind’s eye, chances are you’ll conjure up images of arid landscapes and barren desserts but that belies some of the wonderfully contemporary architecture that is to be found in the region and a fine example of this is the stunning Pleats House from The Ranch Mine. Located in Phoenix, Arizona, this amazing piece of architecture boasts a gabled structure and takes its design inspiration from a cactus that is an icon of the region. 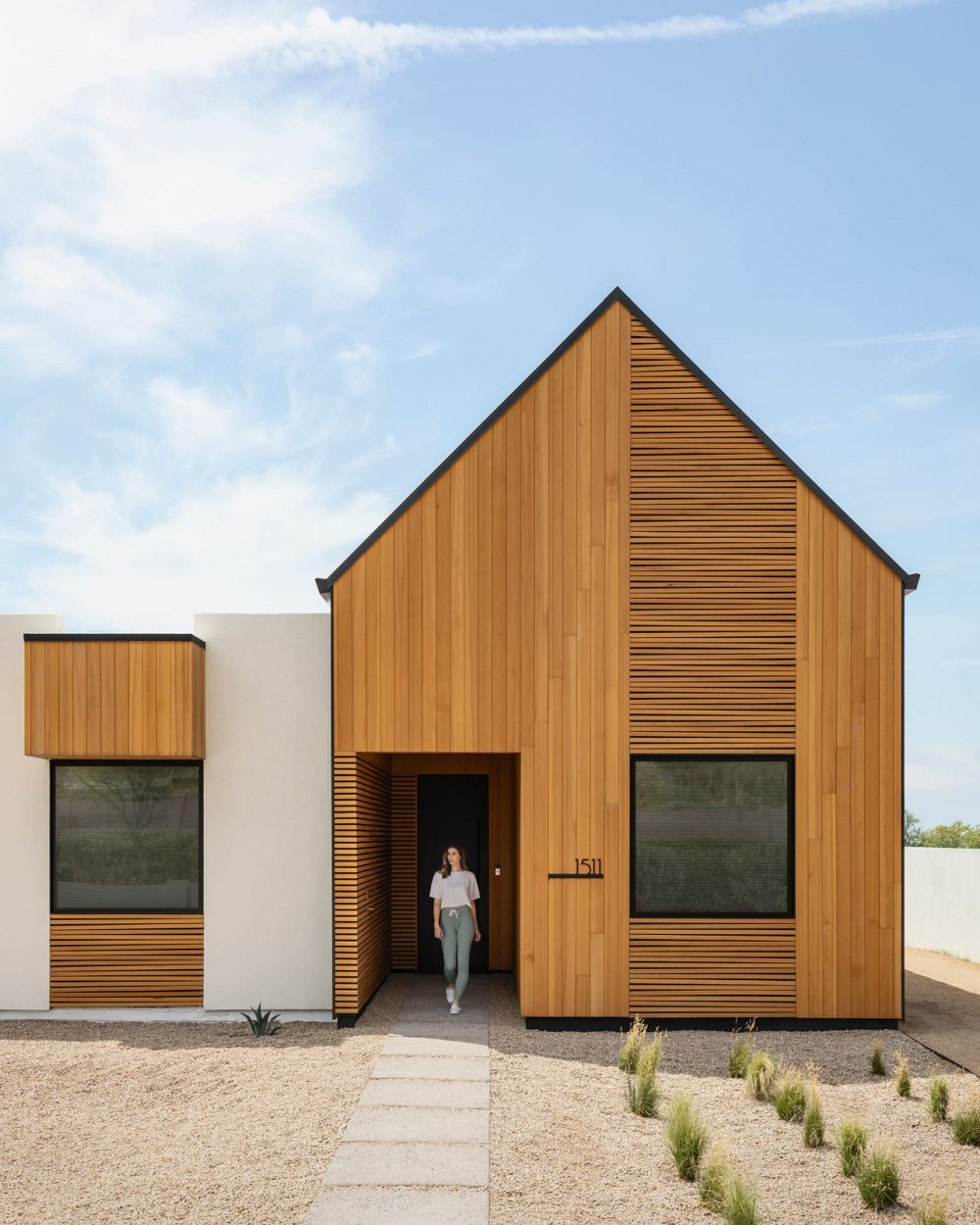 The Pleats House from The Ranch Mine is inspired by the Saguaro Cactus which has an easy to spot silhouette, and it is the name of that notable cactus that only grows in the Sonoran Desert. The Ranch Mine are synonymous with designing contemporary homes with courtyards and they worked alongside the homeowners on a design that would fit their lives, which includes two rescue dogs. They purchased the property back in 2007 and lived with it, saving their money until they found the right architect to design their dream home on a relatively small budget.

What’s In A Name?

The property’s name, Pleats House, comes from the corrugated metal that covers the exterior of the gabled structure, which also resembles the pleated exterior of the Saguaro Cactus itself. The wooden panels that have been used in the design create a striking, patterned rain screen that reflects the forked ribs of the cactus plant from which the design of this wonderfully contemporary home has been inspired. 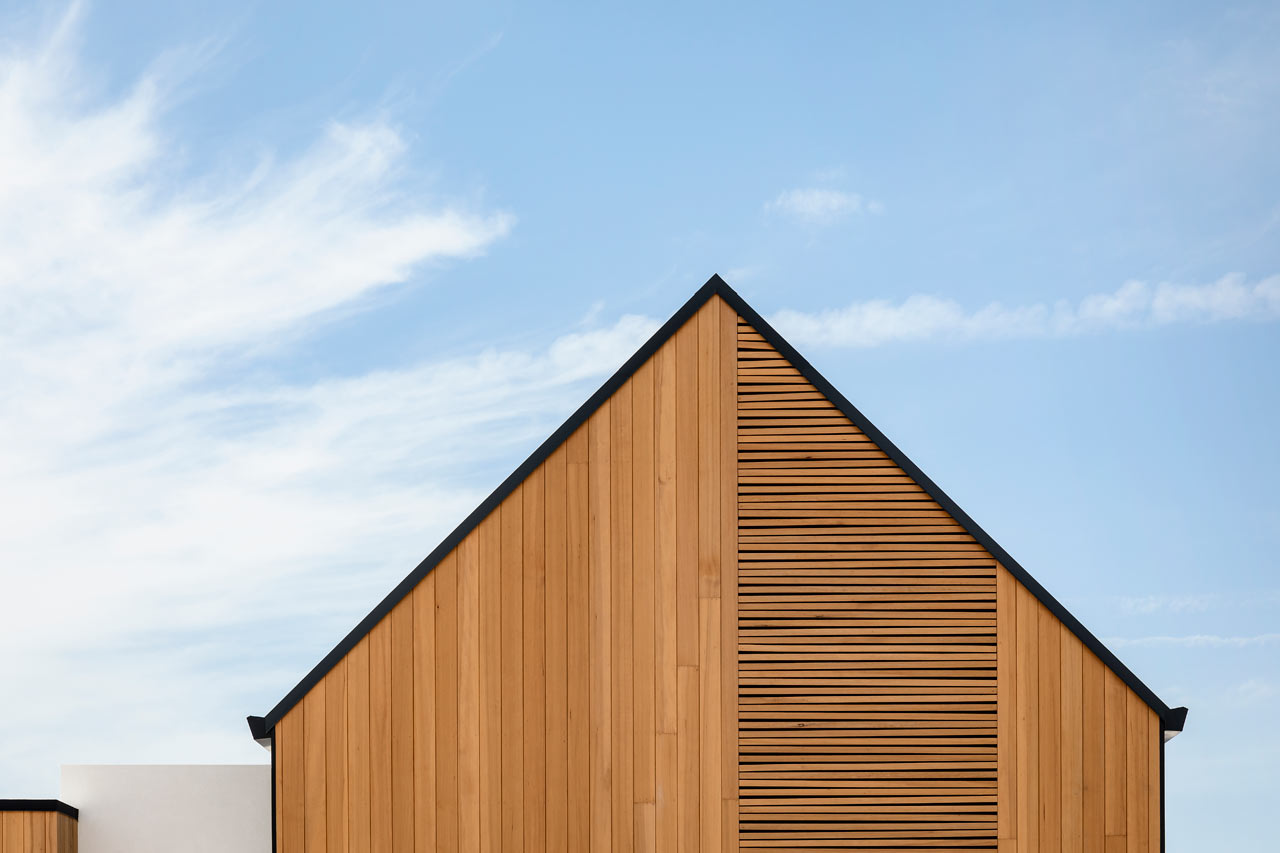 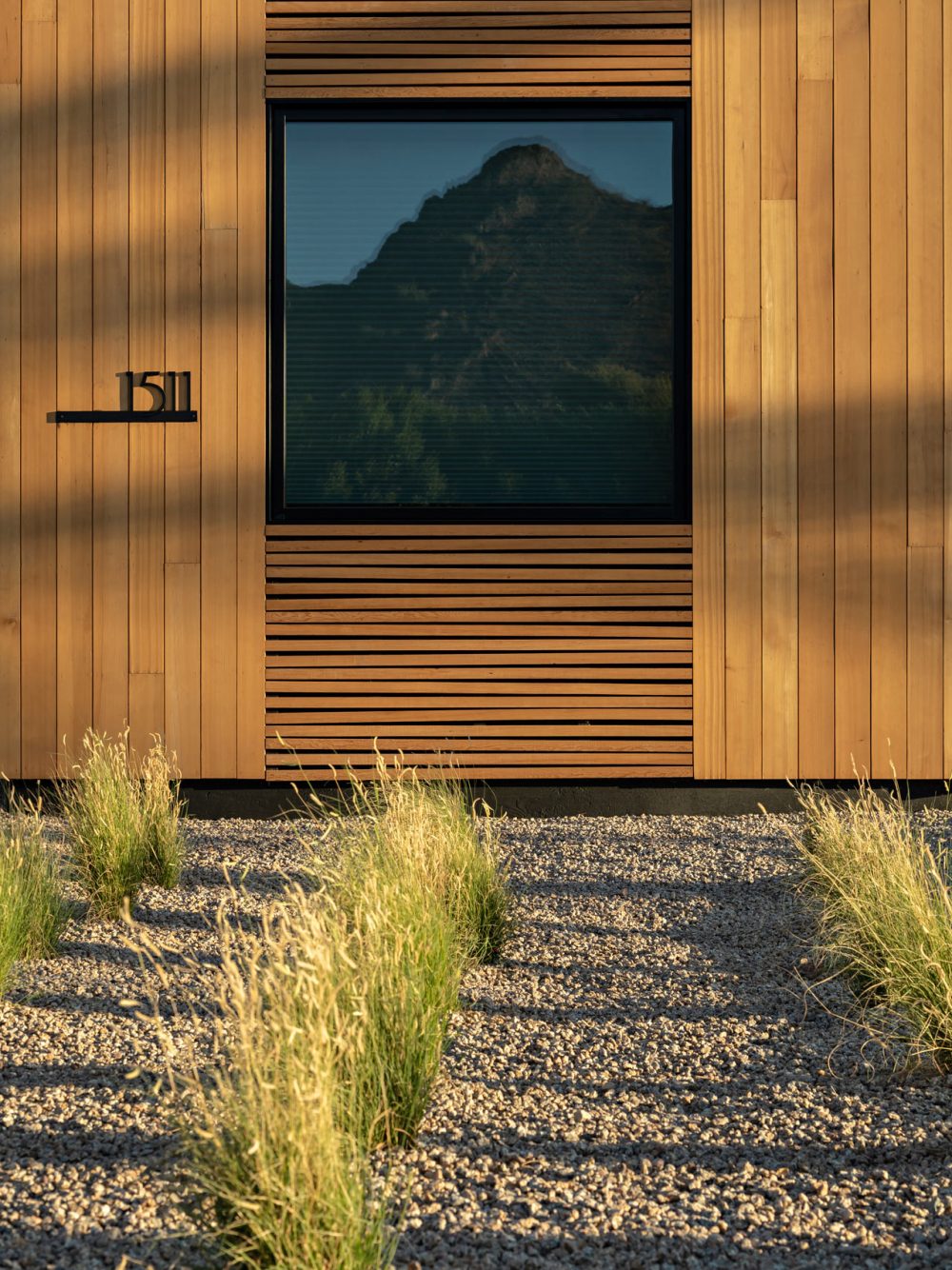 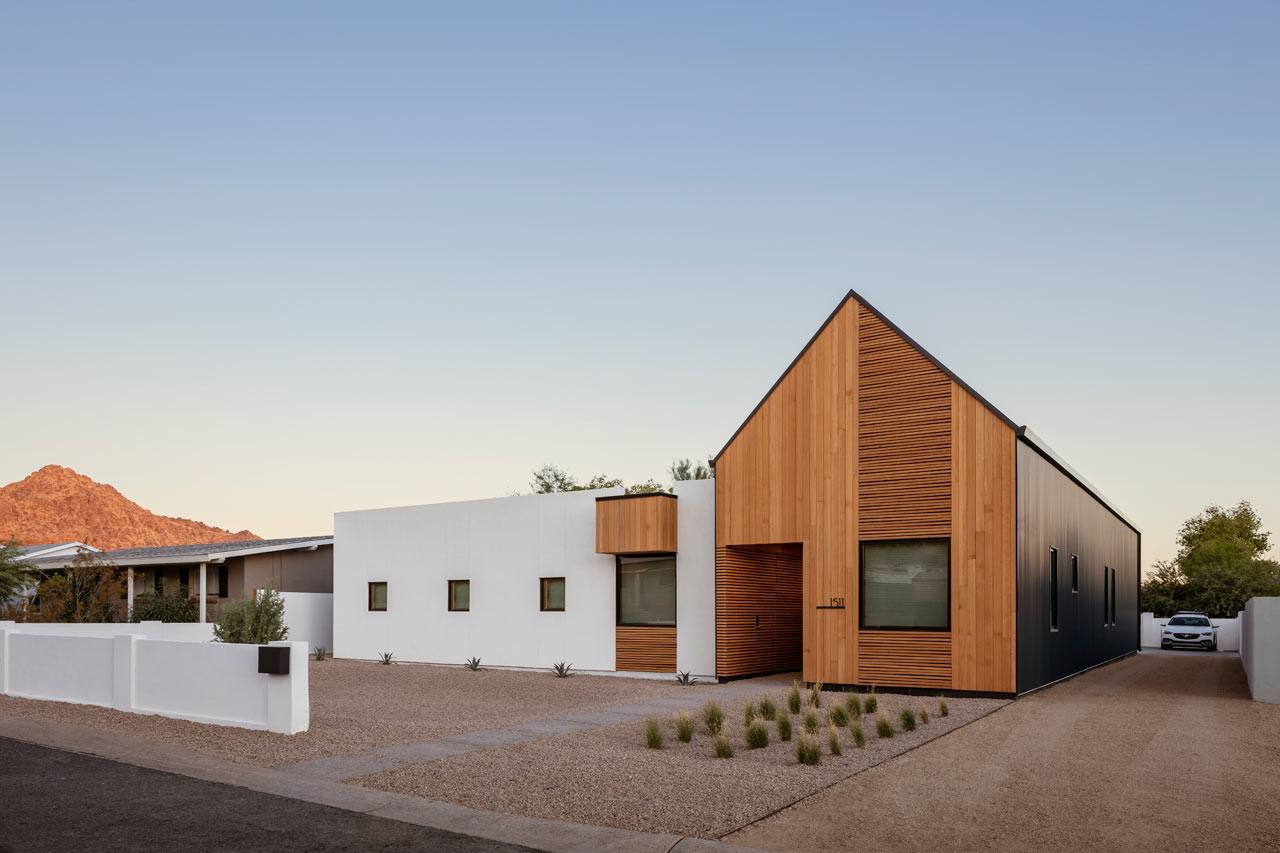 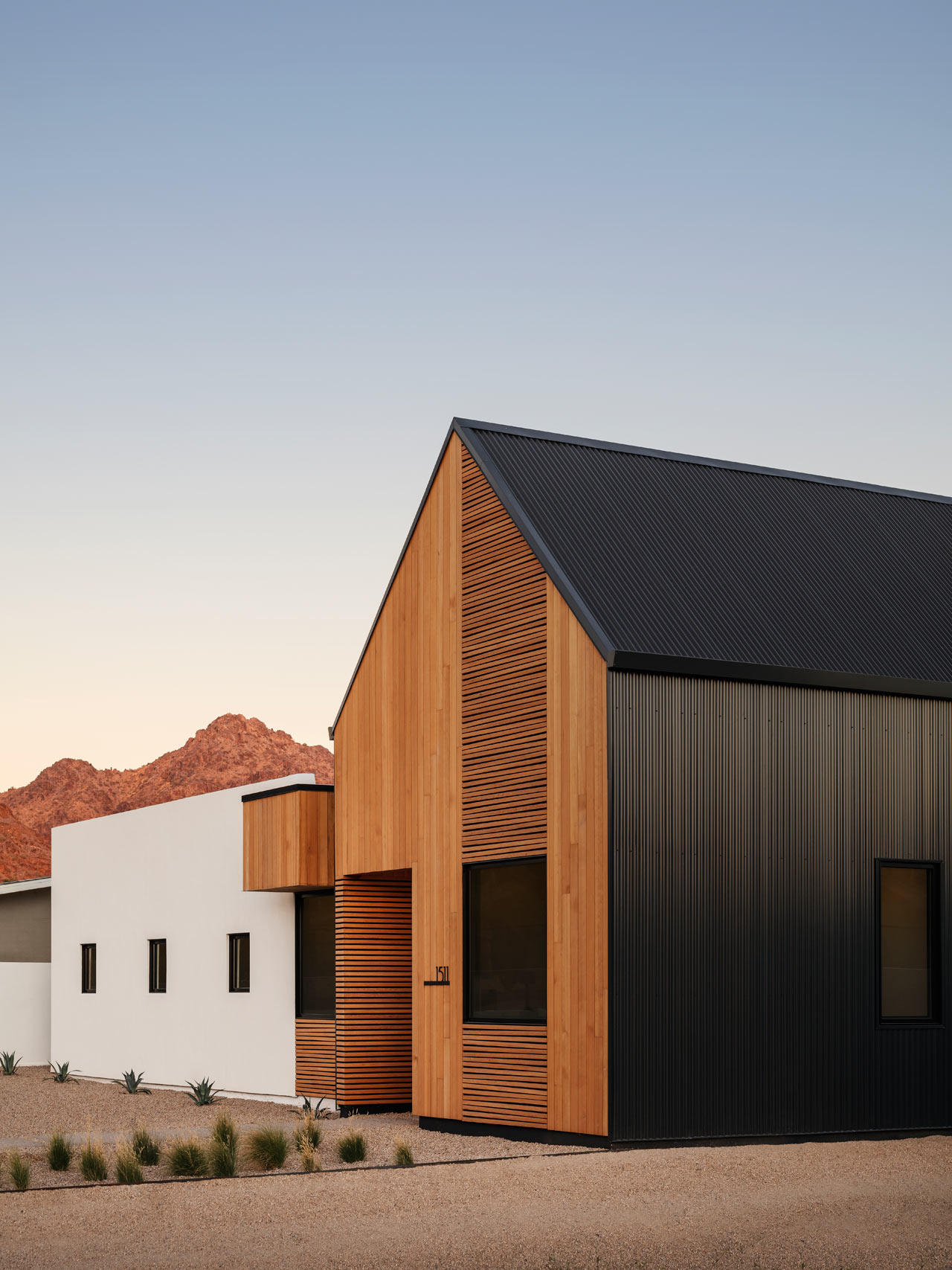 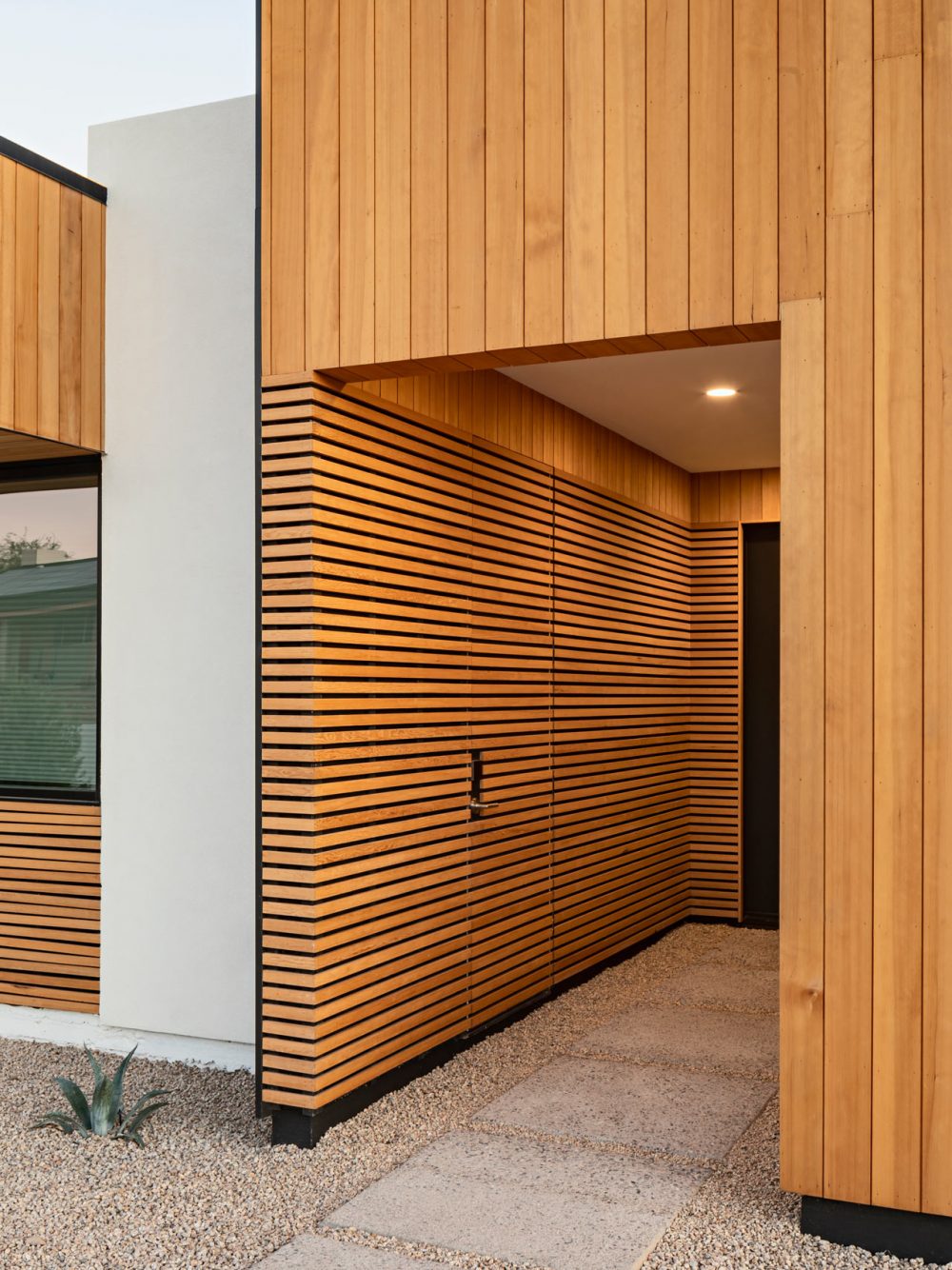 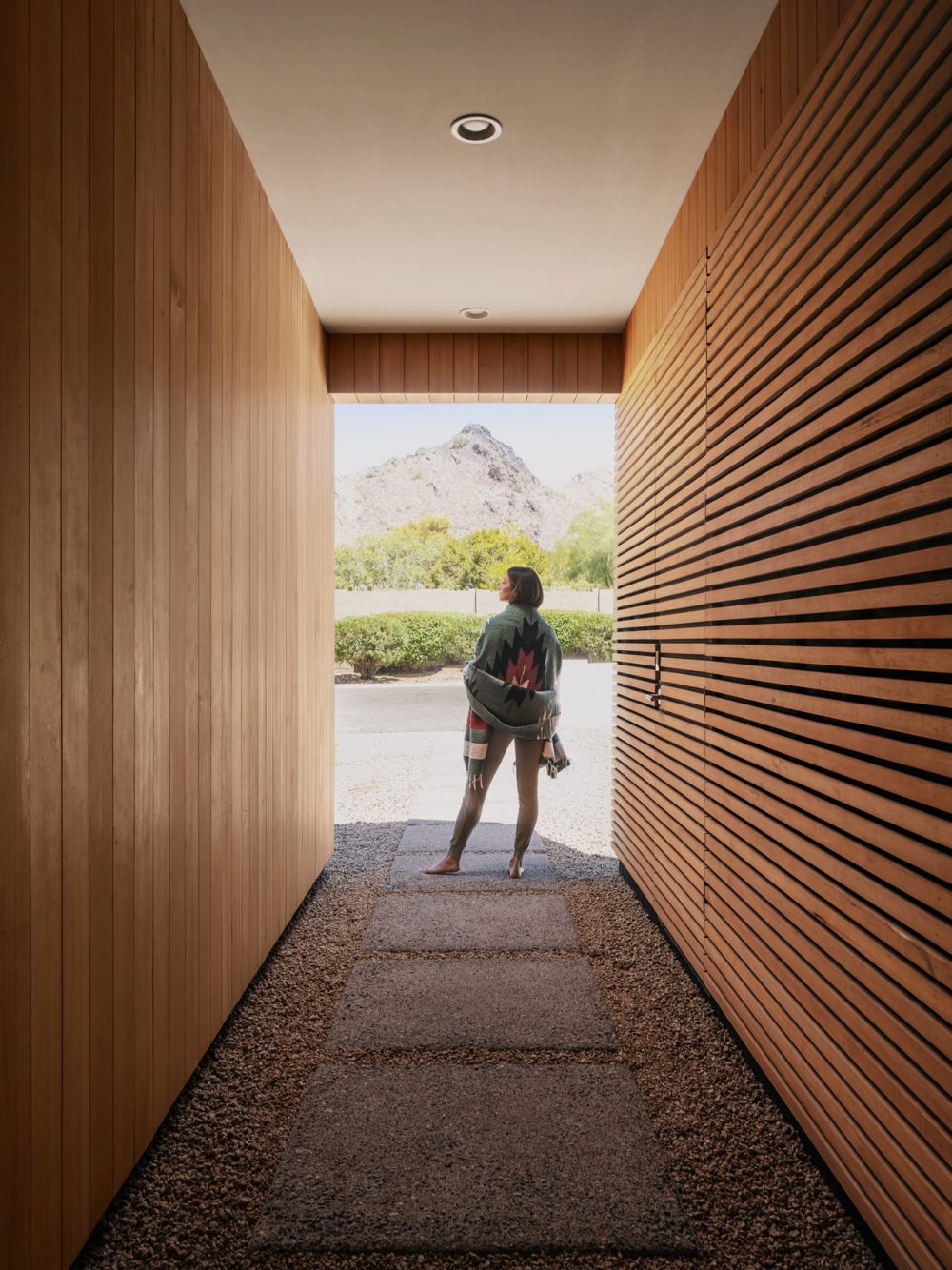 The Pleats House from The Ranch Mine boasts an understated, recessed entryway, which have been included due to its likeness to the holes at the base of the cacti where animals live. The property has a hidden door to the guest suite, along with the front door into the home which is a pretty cool little design feature in our opinion here at The Coolector. As the budget was tight, in order to keep costs down, the homeowners reused the foundation of the original structure and designed the bedrooms, including a master suite. A new volume was added featuring high ceilings, mountain views, and an indoor/outdoor connection. 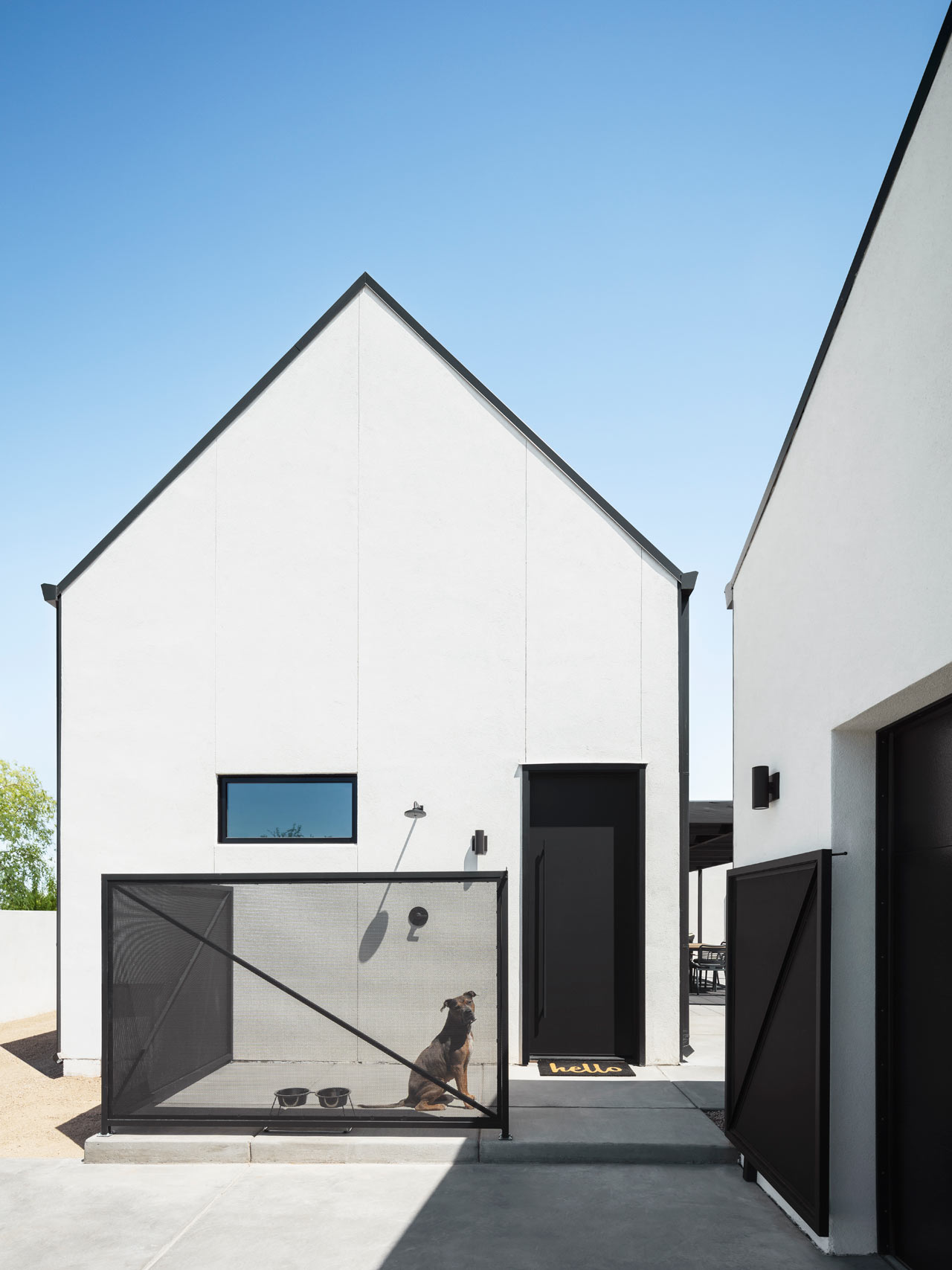 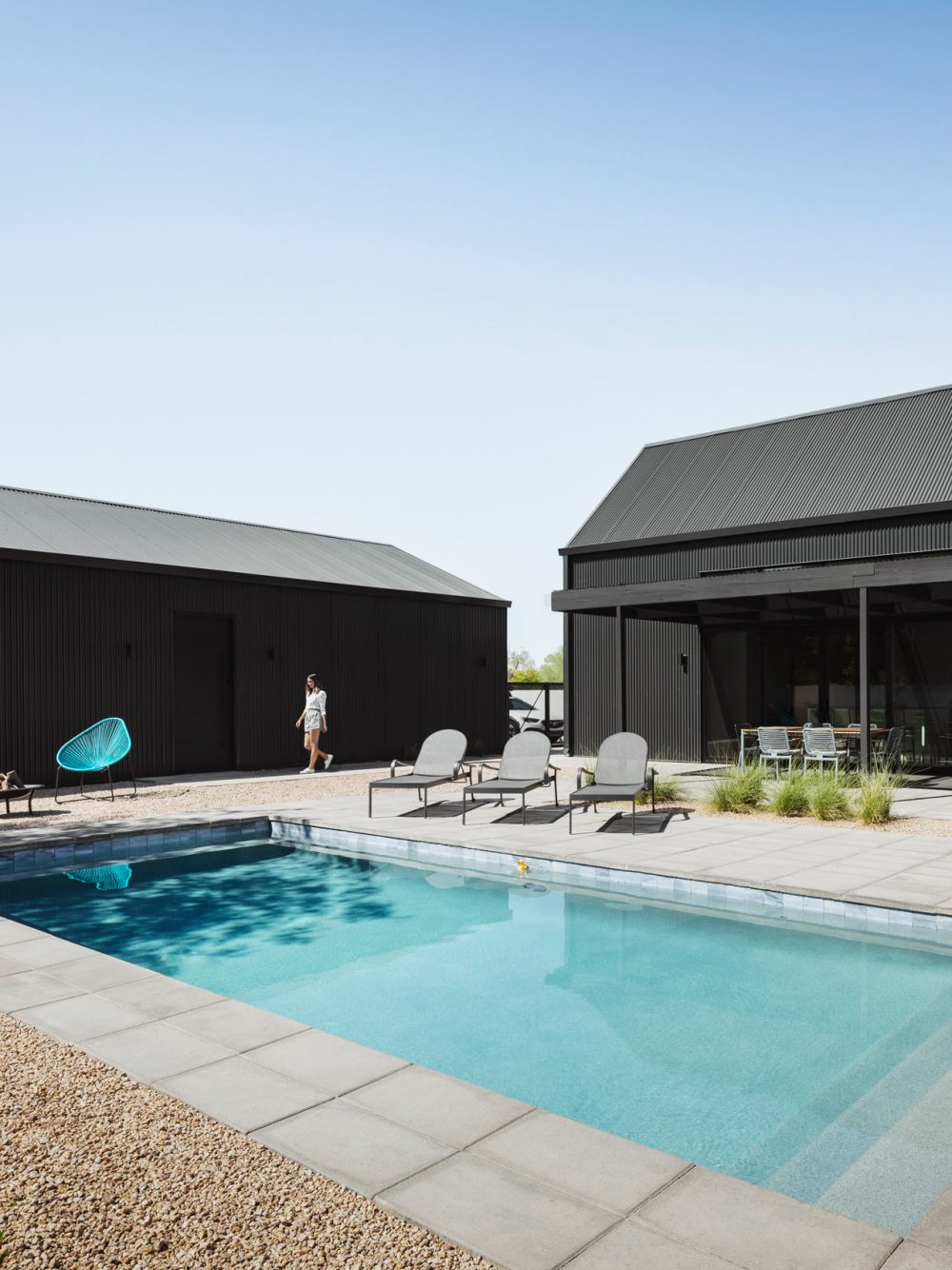 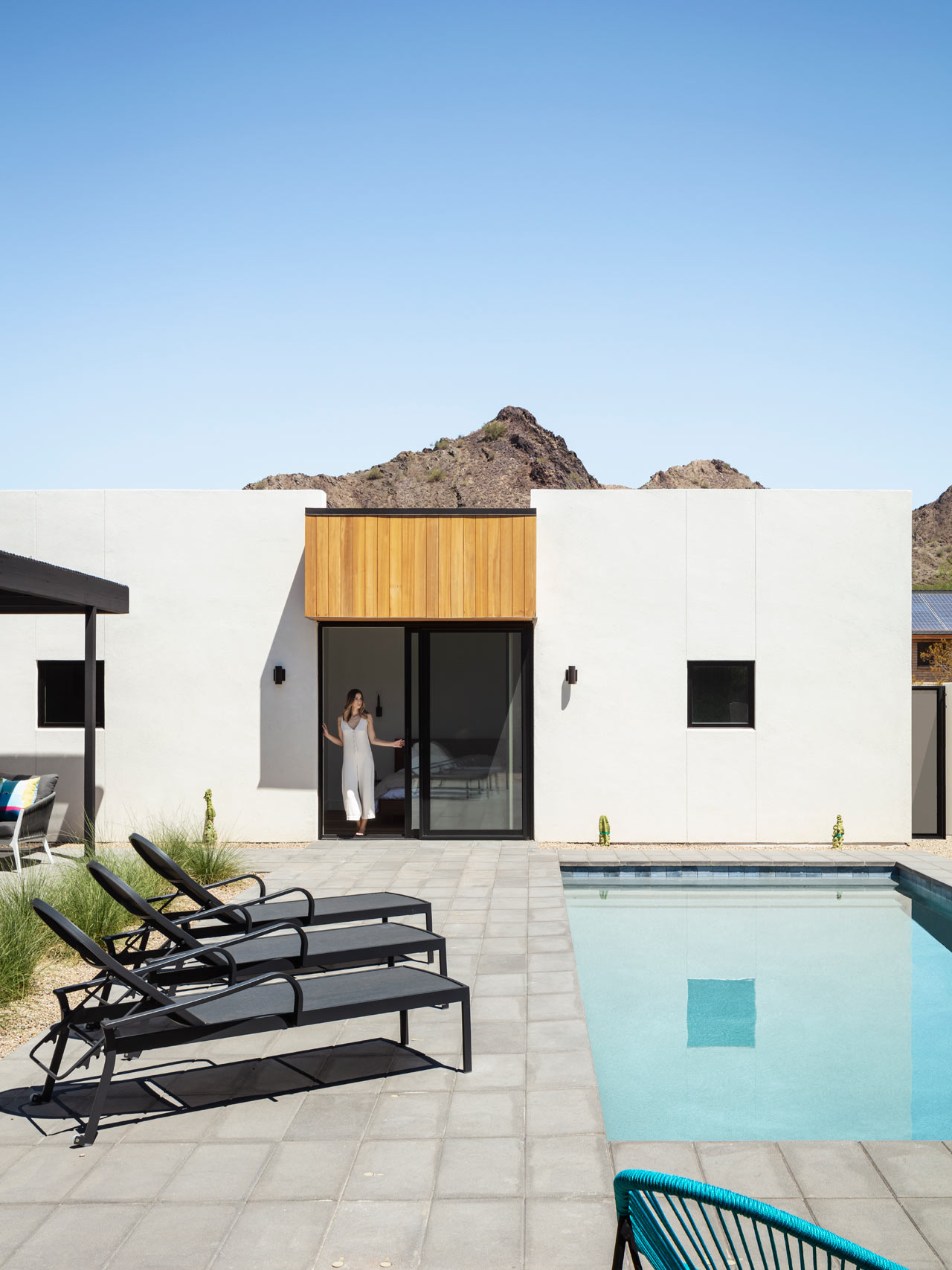 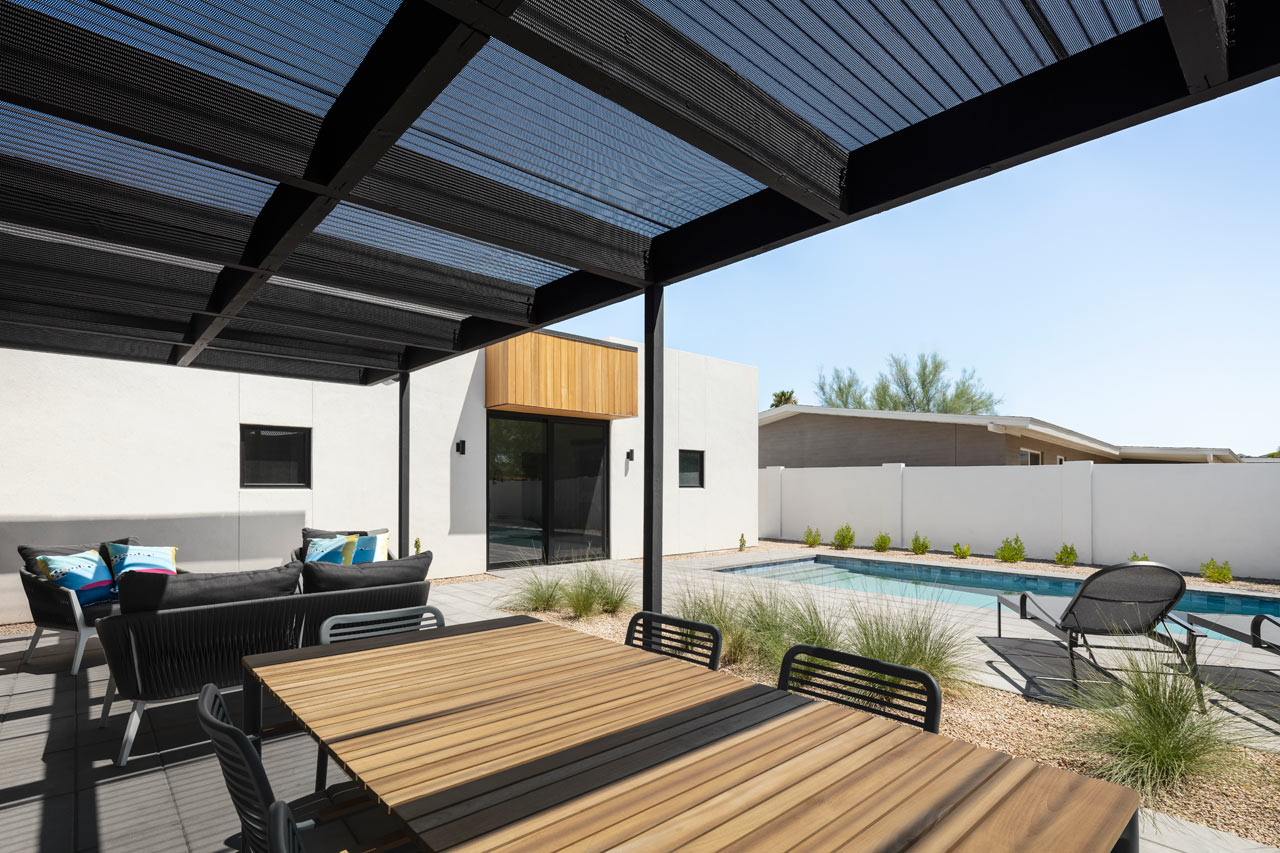 There is an additional two-car garage and workshop which were built behind the house, and the end result of this was a welcoming, three-sided courtyard. The inside of the Pleats House from The Ranch Mine takes on a mid-century modern vibe which has been mixed with industrial aesthetic, and finished off with various European design flourishes. Concrete floors and walnut cabinetry round out the look and give it a relaxing aesthetic that is understated and contemporary.

One of the main talents of The Ranch Mine as an architecture studio is bringing the outdoors indoors with their designs and this is in evidence once again with the superb looking Pleats House in Phoenix. This majestic piece of contemporary architecture really makes the most of the climate in America’s Southwest and ensures that the interiors have a cooling presence and the landscaping outside is welcoming during the hot summer months. 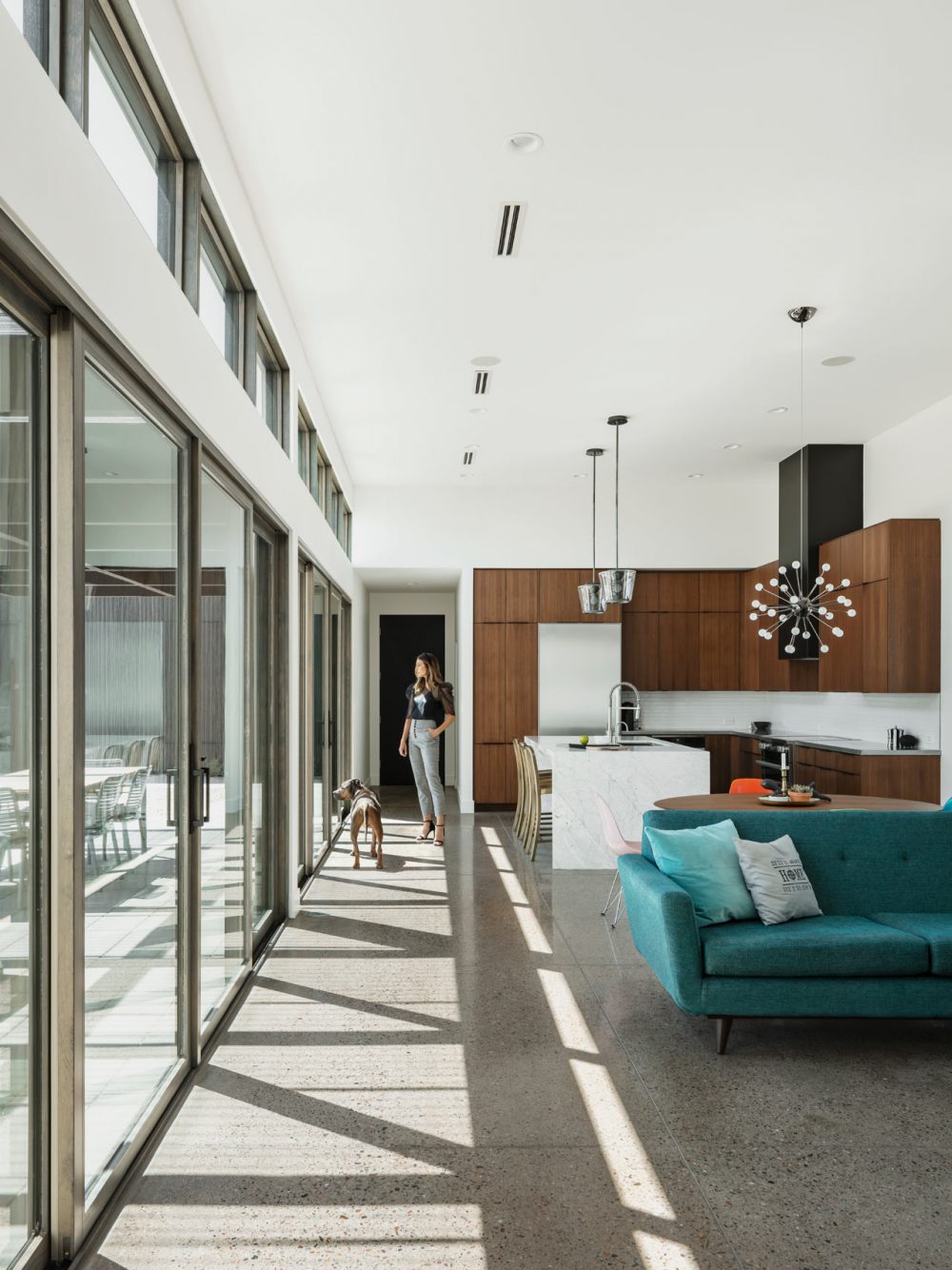 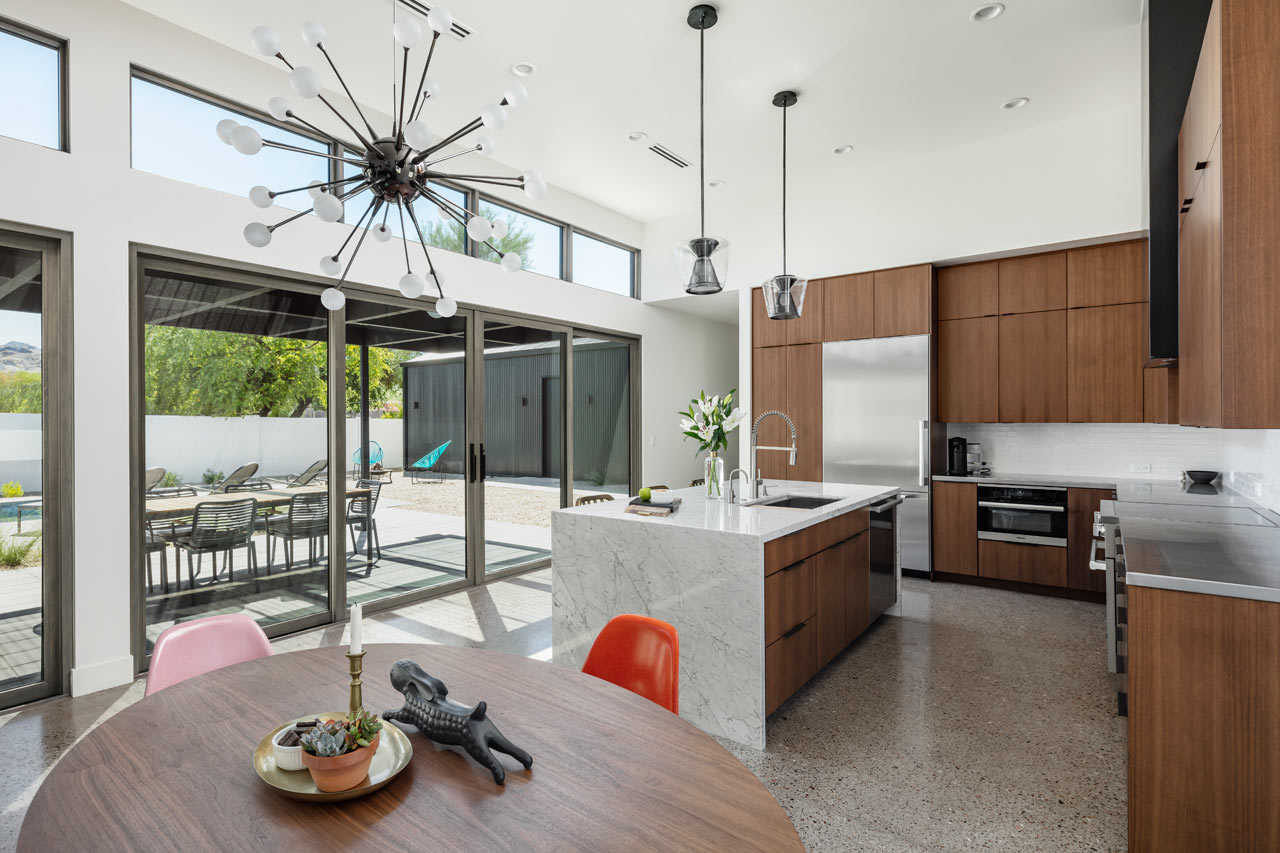 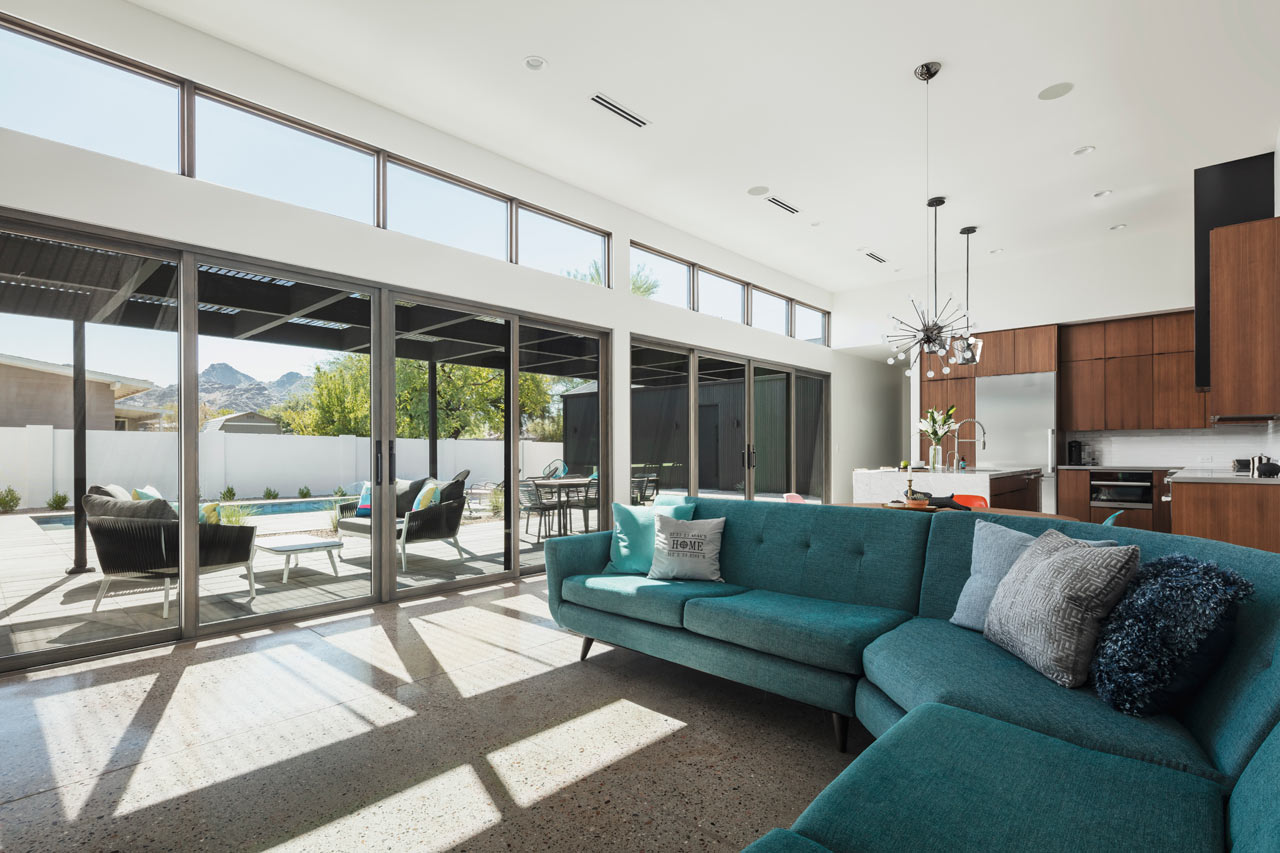 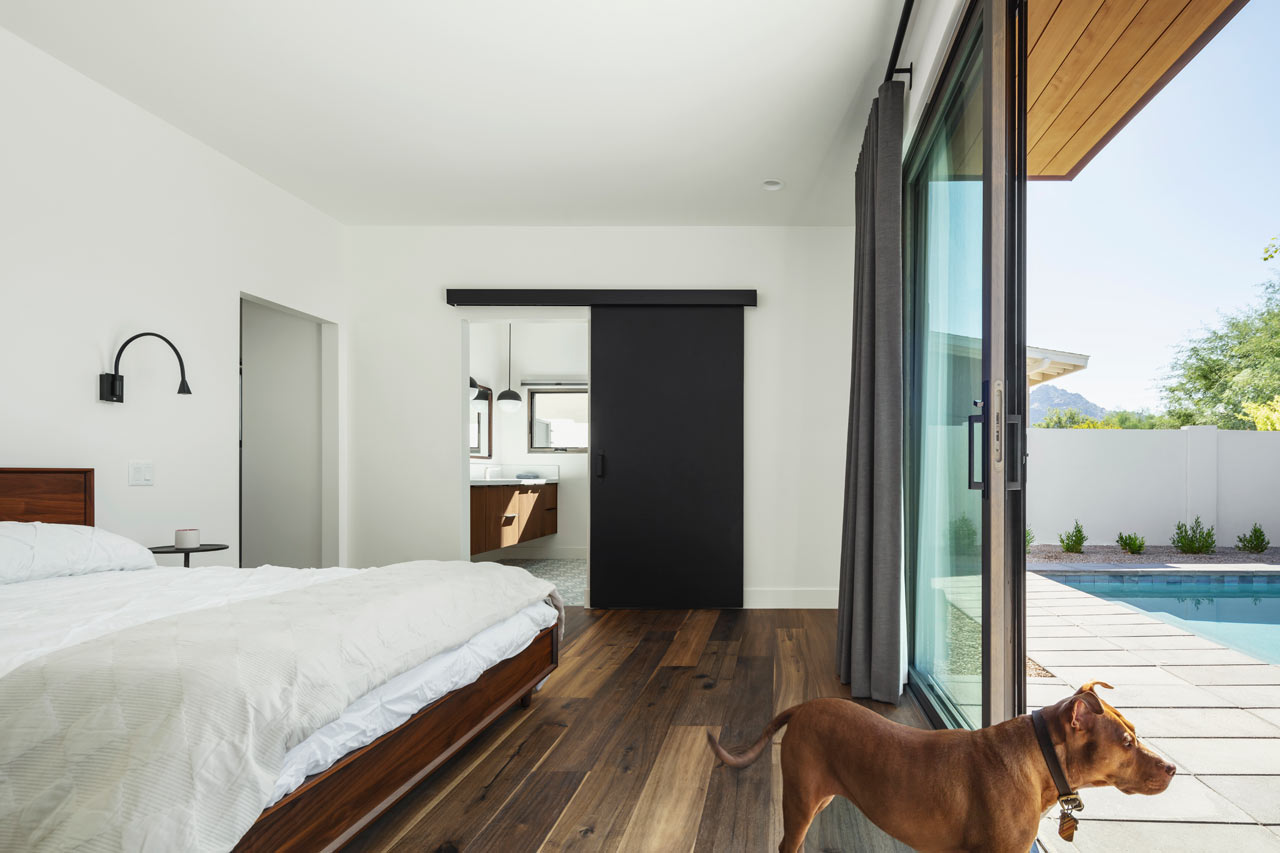 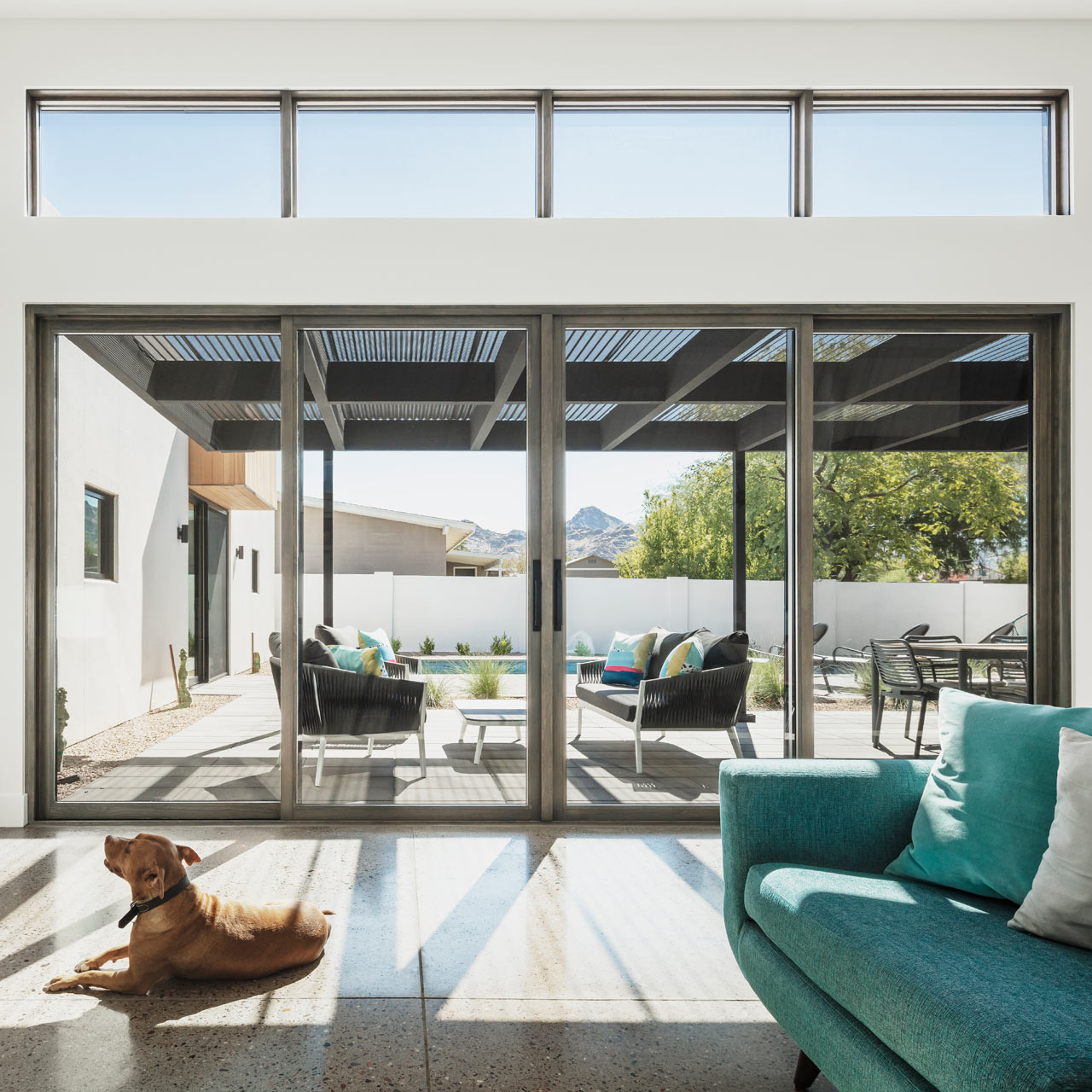 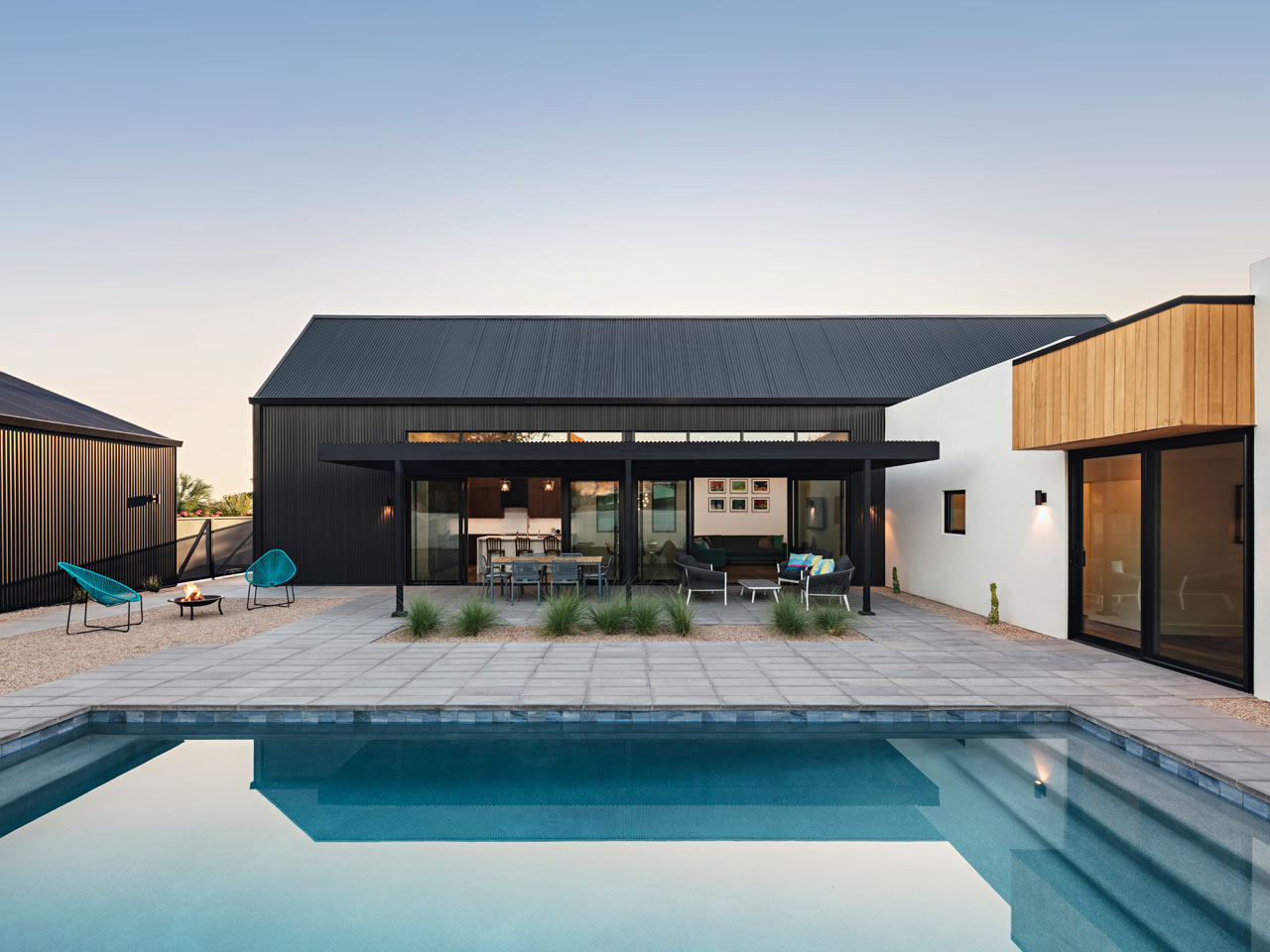 We’ve featured a few projects from The Ranch Mine on the pages of The Coolector previously but the Pleats House is definitely one of their most impressive creations to date. They delivered a wonderfully functional home that works perfectly for the owners and their rescue dogs and they’ve managed to do so on what was a pretty tight budget which makes their achievements all the more impressive.