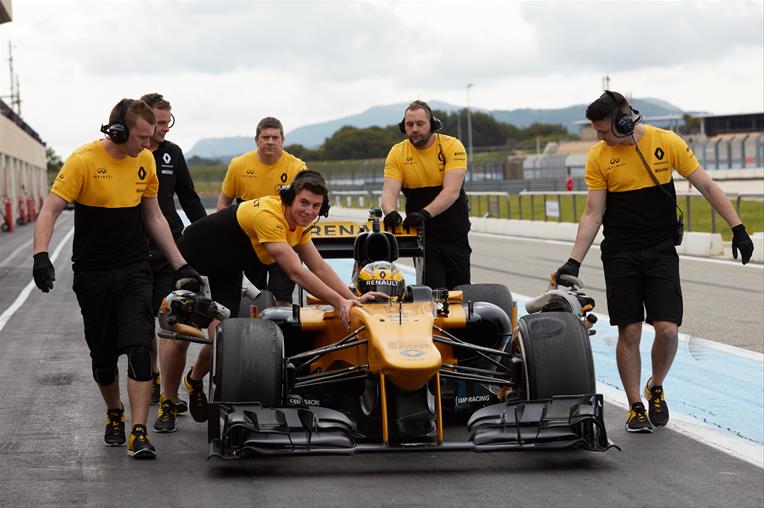 We’ve all got hobbies and pastimes that we enjoy in life and some are more mundane than others but, it’s fair to say, riding an F1 car isn’t the sort of thing you’d expect a 79 year old to enjoy but that’s exactly the scenario of this Follow Your Passion Campaign from Renault which follows the story of Rosemary Smith who took the ultimate test drive behind the wheel of a Renault Sport Formula One™ Team car as part of the Renault Sport Formula One™ Team’s 40 th anniversary celebrations.

Renault Sport are a leading name in Formula One Racing and Rosemary Smith, looking for an opportunity to show that age is merely a number, jumped at the chance to climb into the cockpit of one of their seriously speedy machines and take it for a few laps around the circuit.

Rosemary Smith might not seem like your average speed enthusiast and, indeed, she originally trained as a seamstress and opened her own dress shop, which, despite the unlikelihood of it, turned out to be her route into the world of motor racing when one of her customers gave her the opportunity to be a navigator in a rally. Needless to say, she was bitten by the speed bug and it didn’t take long before the Dublin-born adrenaline enthusiast made the leap from navigator to driver, with a host of silverware quickly following on. 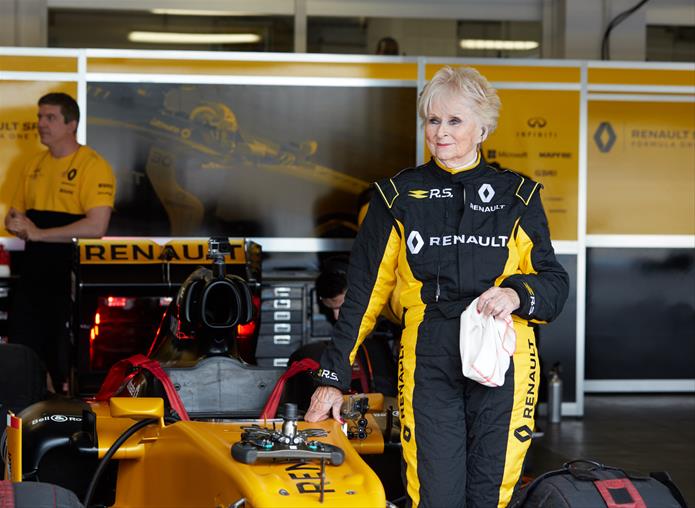 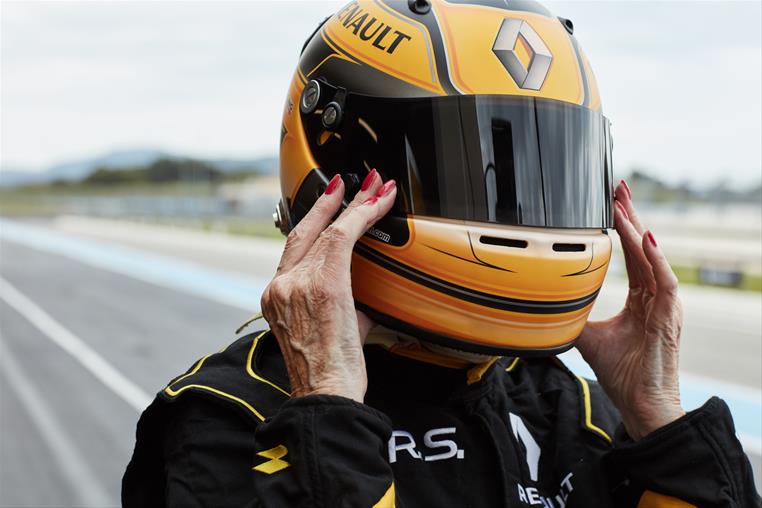 Following on from many years of racing in and winning at the highest level in world rallying, Rosemary went on to set up her very own racing school using Renault Clios and for the last twenty years has campaigned for young driver education to be introduced in schools across the country. Despite all that she has accomplished in the world of racing, Rosemary never had the chance to take part in the pinnacle of the sport, namely piloting an F1 Motorcar around the track so to celebrate Renault Sport’s 40th anniversary, they decided to give her that very opportunity. 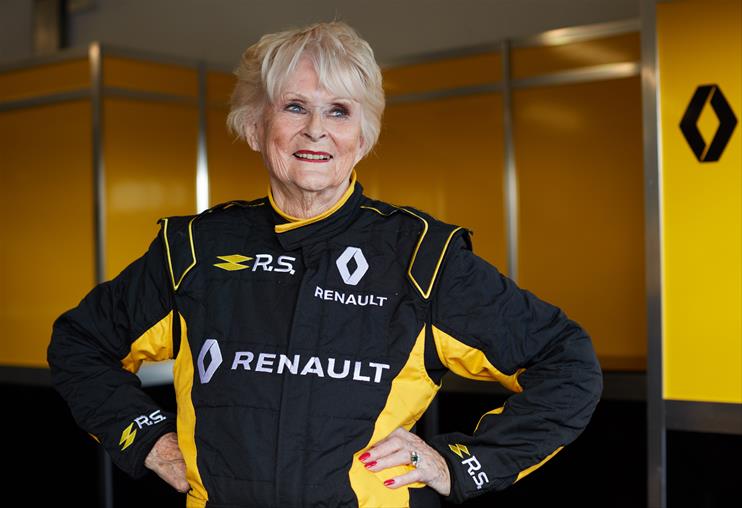 Taking the F1 plunge alongside longtime navigator, and friend, Pauline Gullick, Rosemary got behind the wheel of the Renault Sports F1 Car and, after the experience stated, “Driving an 800bhp car is something I, like many other racers, have always dreamt of but I didn’t think I’d ever have the opportunity to do it, so when the team at Renault UK contacted me I jumped at the chance. It was definitely very different to the rally cars I’m used to but was an amazing experience”.

An Inspiration to Racers Everywhere

It’s safe to say that Rosemary Smith is not your average 79 year old and, speaking of her achievements, Renault UK Marketing Director, James Boyer, states, “Rosemary is a truly inspirational racer and woman who so strongly embodies our guiding principle of passion for life, so it was a privilege to help her achieve her dream by driving a Renault Sport Formula One™ Team car as part of our 40th anniversary celebrations. It was great to see her out on track, pushing herself to get everything she could out of the experience.” 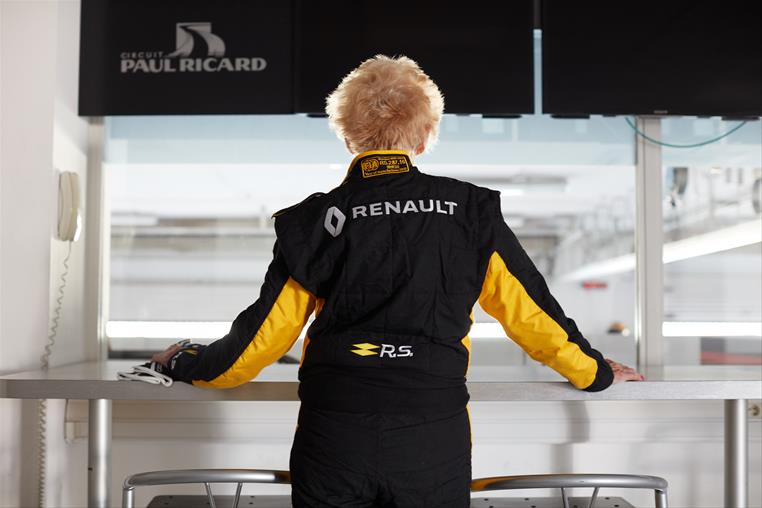 The Renault Follow Your Passion Campaign really is a fine example of how it’s never too late to realise your dreams and Rosemary Smith did just that by having a chance to see just what the Renault Sport Formula 1 cars are capable of. 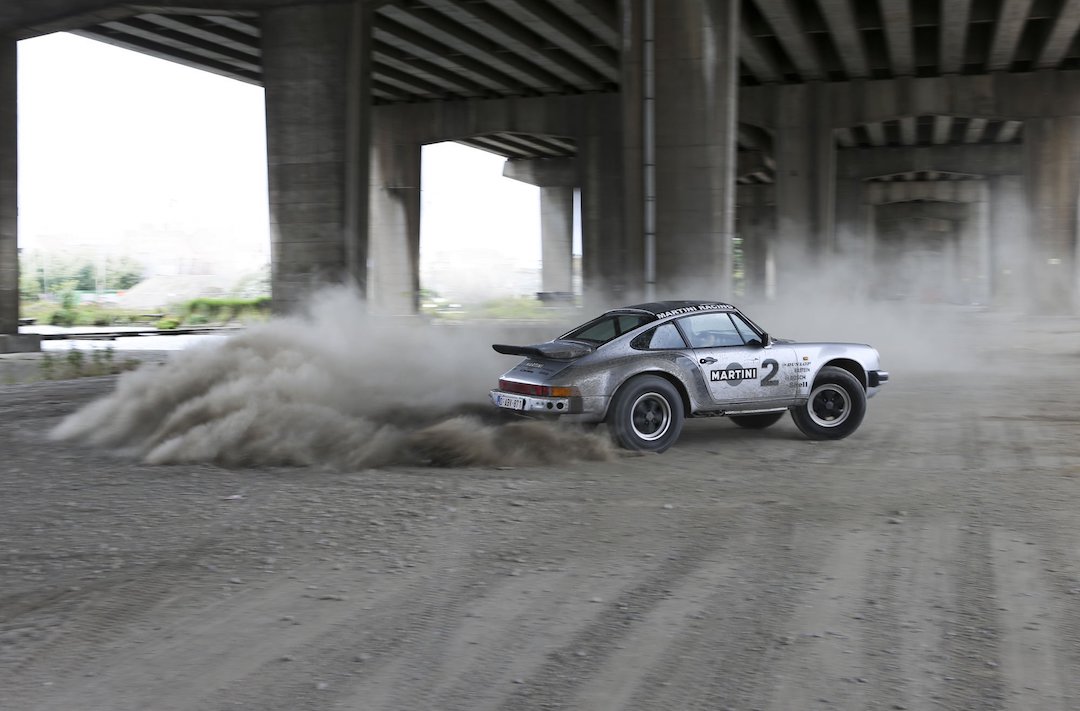 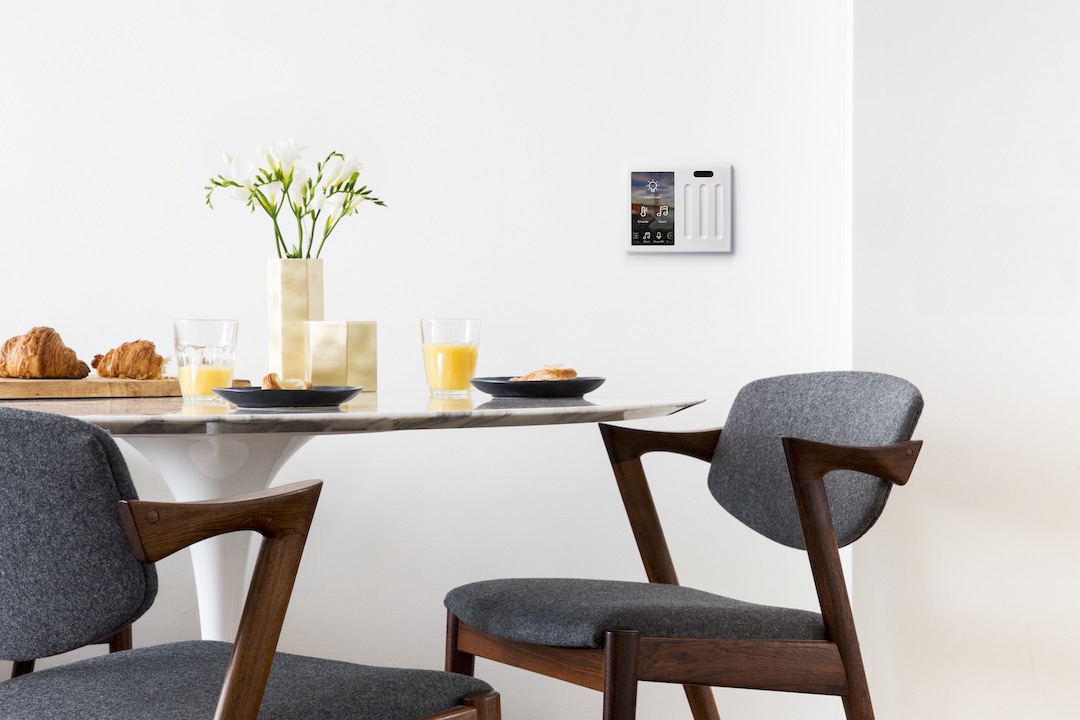