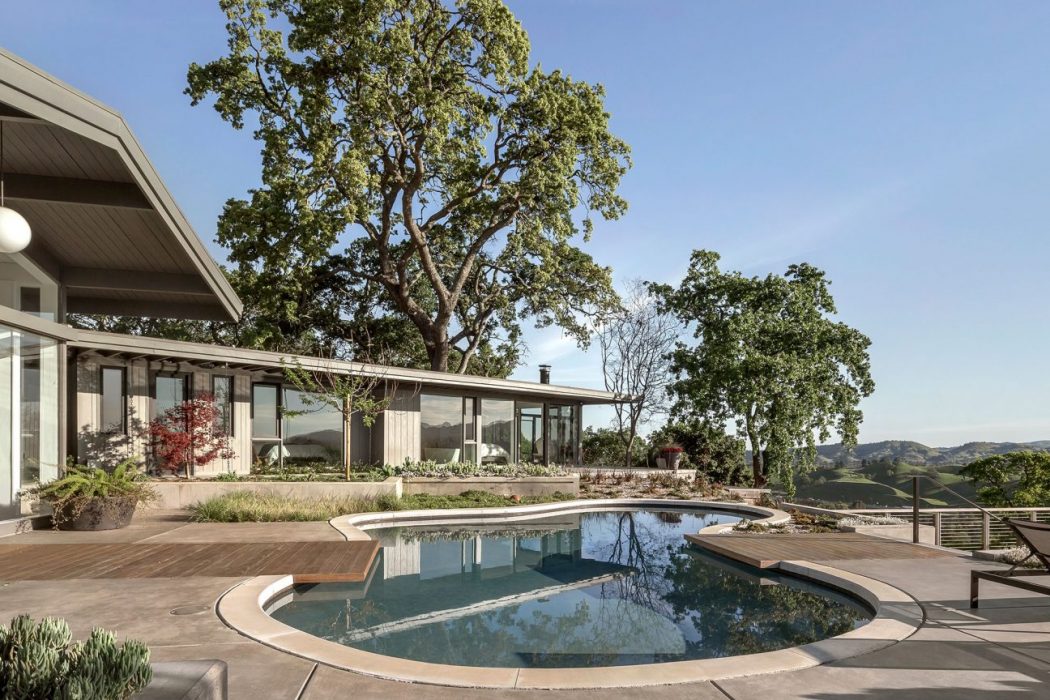 California is home to some extraordinary pieces of architecture and you can add Ridgewood House from Frame Studio to our list of favourites here at Coolector. This exceptional piece of design entails a comprehensive renovation of this mid-century house close to San Francisco, which was designed by architect Henry Hill in a boomerang shape around a swimming pool.

Located in Alamo, a suburb around 20 miles east of San Francisco, the building was originally completed in 1959 by Bay Area architect, Henry Hill, and has been given a contemporary vibe courtesy of the talented designers of Frame Studio. It has two glazed wings that open up to mesmerising views of San Ramon Valley and Mount Diablo and an irregularly shaped swimming pool that is ideal for relaxing.

The history of Ridgewood House since completion in the late 50s has been “patchy” to say the least, including being abandoned, renovated and extended, and had left the house in a state of disarray according to the architects behind its wonderful restoration. Previous owners had stripped virtually all of the original interiors, which included signature elements like the indoor planter box at the entry which gave the original architect, Henry Hill a reputation for being a ‘flamboyant modernist’.

The refurbishment of Ridgewood House by Frame Studio was designed for a couple who were about to become empty nesters, and the architects aimed to preserve existing details where they could whilst updating the house in the style that followed the ethos of its original architect, and fit the needs of the new resident. Mission well and truly accomplished from what we can see here at Coolector HQ.

Frame Studio added even more windows to the two wings of Ridgewood House – which feature the bedrooms in one, the lounge, kitchen, dining room, and den in the other. A additional bedroom was treated to a new glass wall modelled on an existing one in the main bedroom, while the kitchen’s original small windows were merged into one larger one which helps to bathe the interiors with natural light.

Whilst the architects remained true as possible to the original design, they also undertook plenty of changes in their reimagining of Ridgewood House. They reconfigured the layouts of the guest and main bedroom bathrooms, a new wine room and the addition of floor to ceiling wood closets in the hallways. The ceilings in the hallway were also lowered to allow for a new air duct system for heating and cooling the bedrooms.

It’s clear that Frame Studio did their best to honour the soul of the original home, enhancing the seismic performance of the home, and upgrading the mechanical systems and building envelope to allow for better energy performance, but making sure it was designed to be almost invisible and not blight the mid-century vibes of the property. 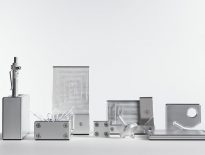 Design 3 of the best workplace essentials from Olson Form… 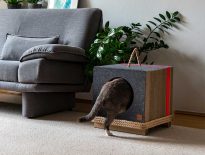