Architecture and sculpture likely have a lot of parallels in relation to the creative processes involved so when the two disciplines met with the glorious looking Sculptor’s House by YH2 Architects, the end result is just as visually stunning and well crafted as you might expect and it has left us thoroughly impressed here at Coolector HQ. 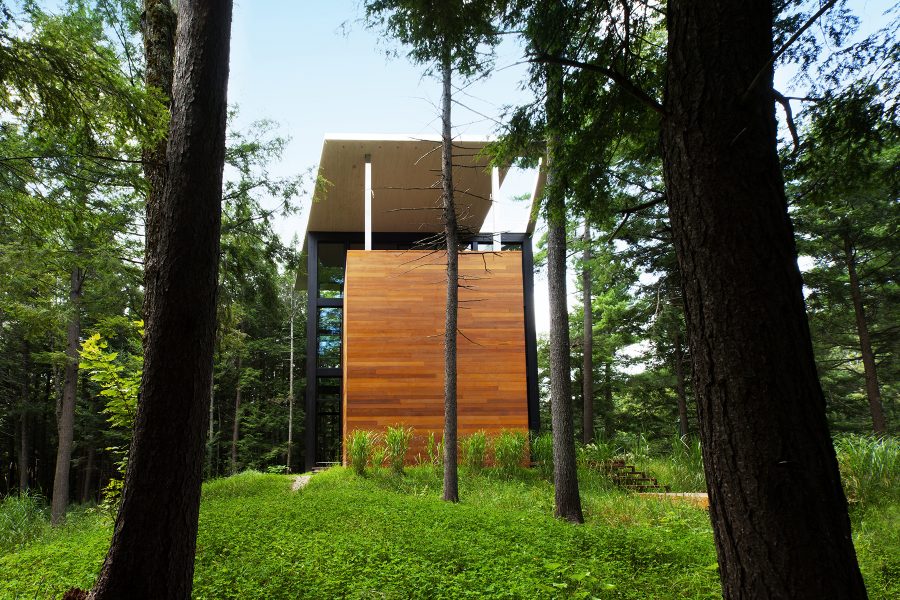 The Sculptor’s House by YH2 Architects is the home of Jacek Jarnuszkiewicz and was made in collaboration with two of the leading architects from the Canadian design studio, Marie-Claude Hamelin and Loukas Yiacouvakis, and the visual appeal really is second to none with quality materials and design flair abundant throughout this mesmerising structure.

Situated in a forest in Bolton-Est, Quebec, Canada, the rather unimaginatively named Sculptor’s House by YH2 Architects is definitely one of the most impressive structures we’ve seen in a while from a visual point of view and the impact it makes externally is more than matched by its aesthetics from an interior design perspective. If you like your properties to make a mark and not follow the norm from a design point of view, this stunning piece of architecture from YH2 will be right up your street too. 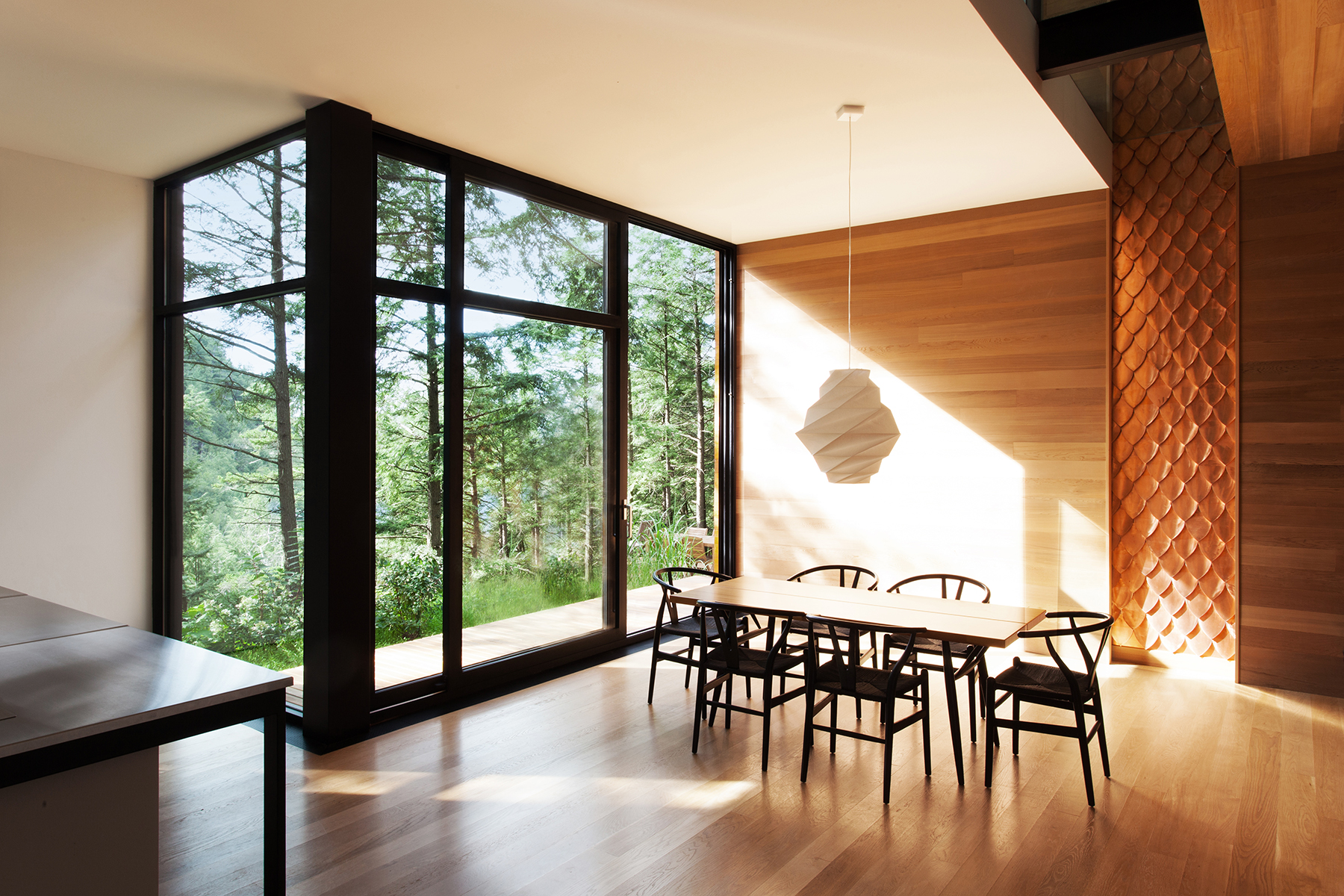 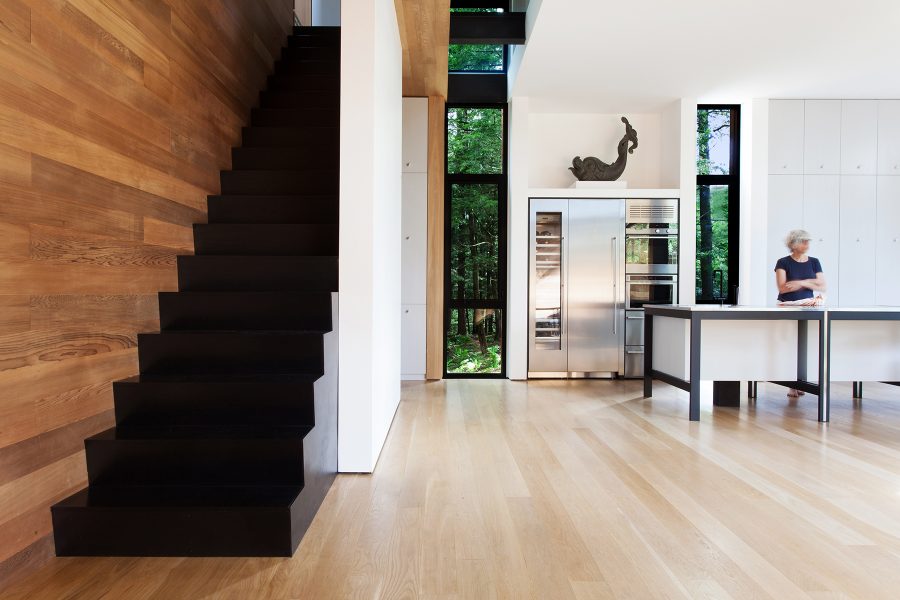 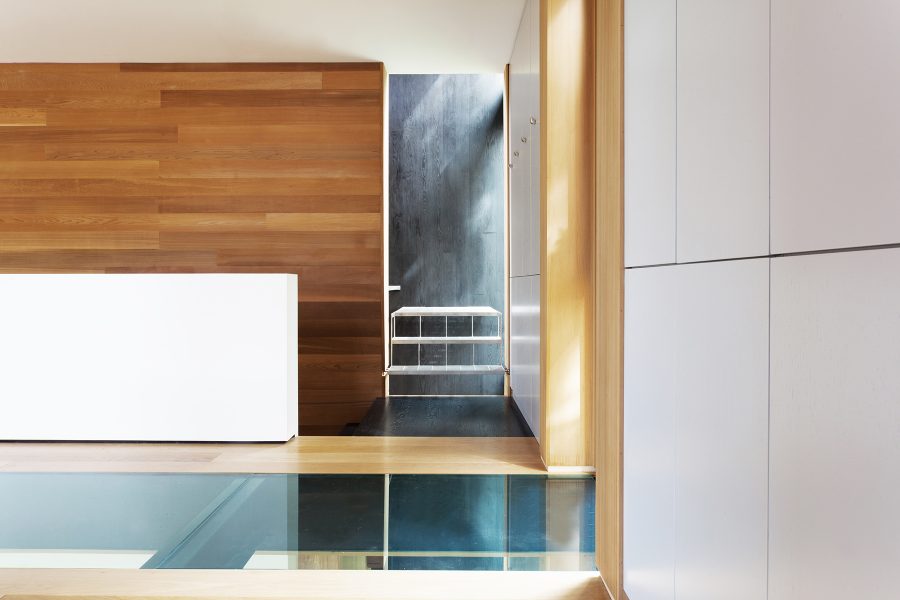 The design of Sculptor’s House has been carefully considered to make sure that it fits in well with its wooded surroundings and the breathtaking exterior of the property is made up of two wooden volumes – one light and the other dark – and this is complimented with an abundance of windows that shower all three floors with an abundance of natural light and a relaxing and welcoming living space. 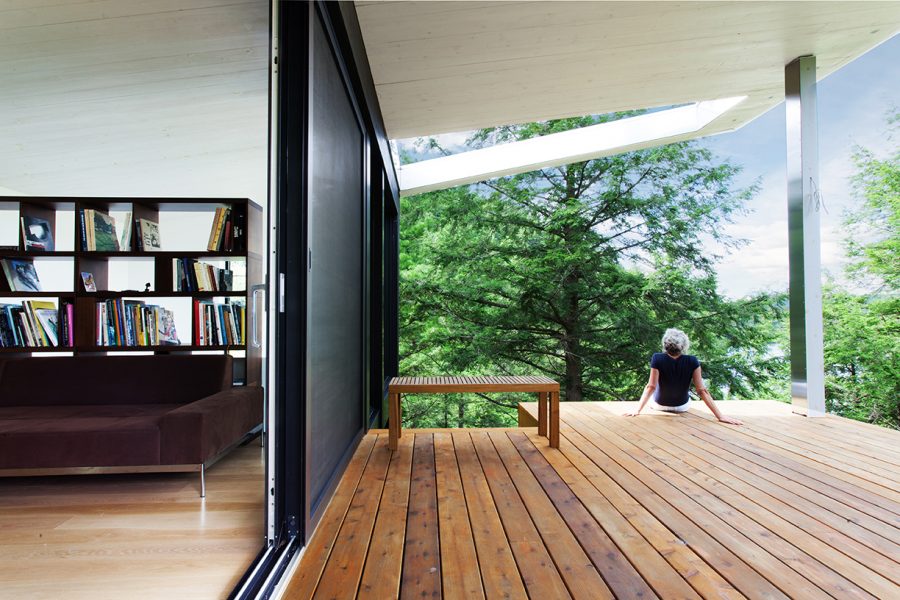 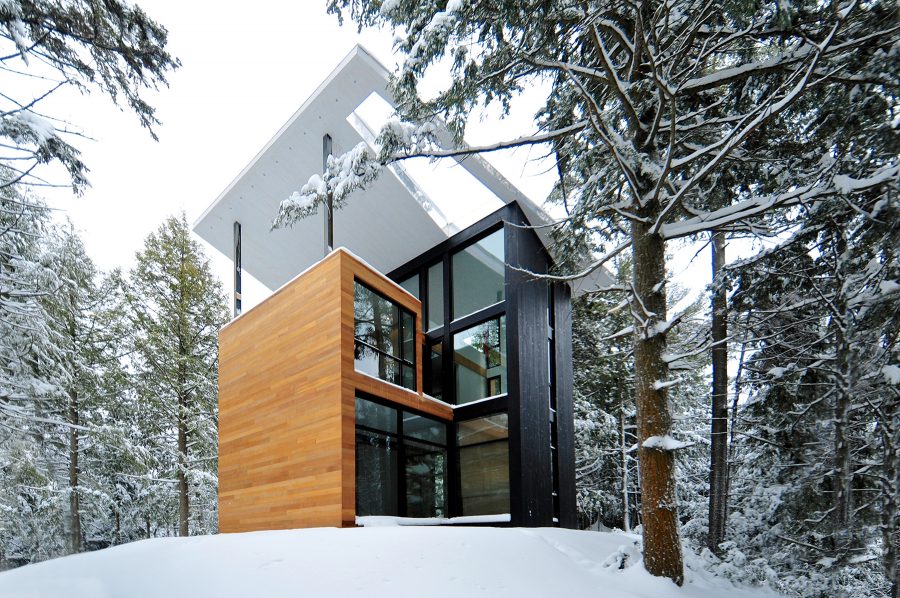 Open plan spaces abound within the Sculptor’s House from YH2 Architects and the spacious look and feel of the property definitely appeals to our sensibilities here at Coolector HQ. Delivering unobstructed views of the spectacular woodland surroundings, this amazing piece of architecture located in a stunning part of Quebec will provide you with such a functional and stylish abode that’s hard not to be won over by.

Wherever you look either internally or externally with the Sculptor’s House, you’ll be treated to amazing design features such as a covered terrace that looks out over the nearby lake and mountains and bold, clean lines that really make the property stand out but not at the expense of its forest locale. 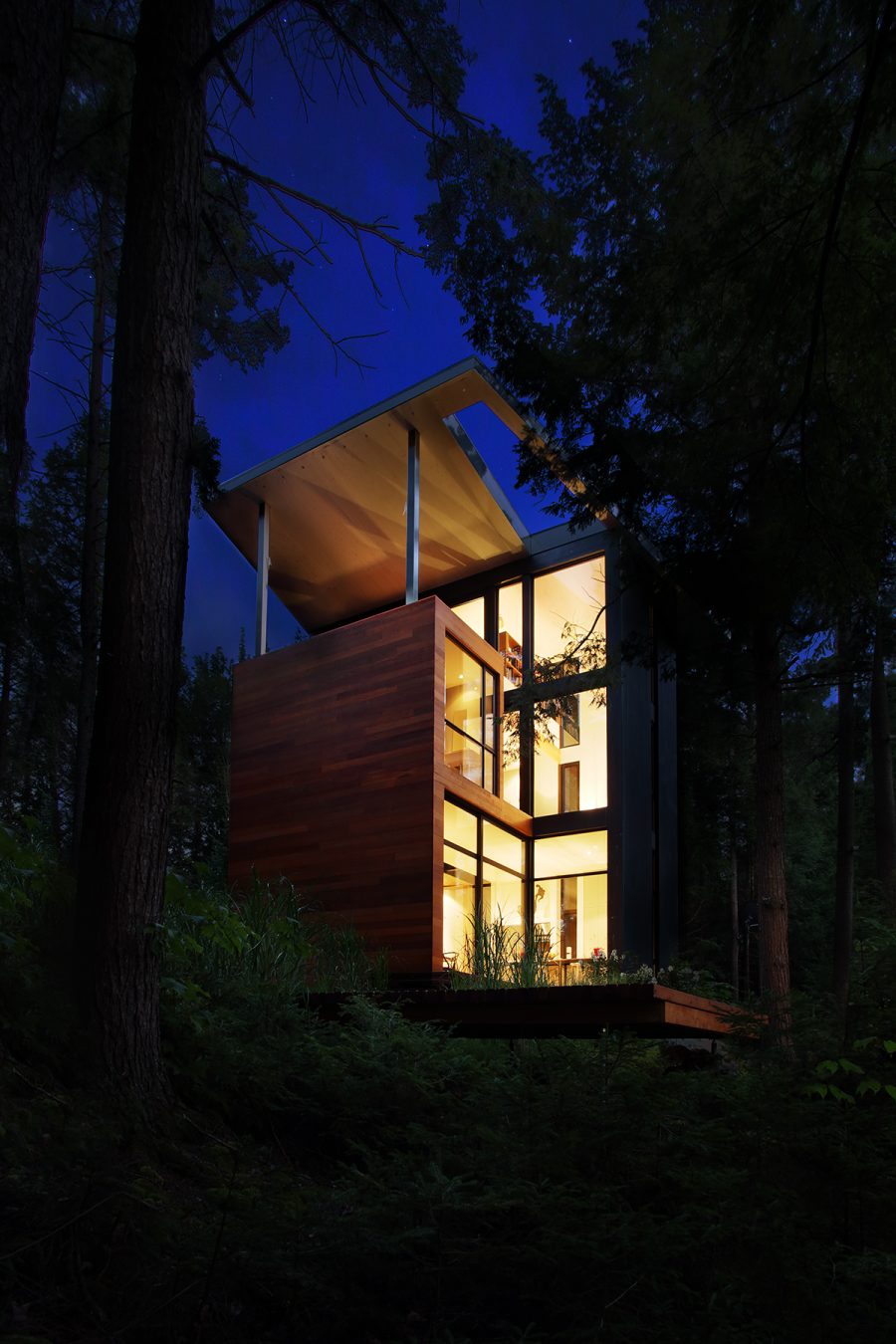 We love clever design that really has a real attention to the little details here at The Coolector and the Sculptor’s House from YH2 Architect unquestionably falls into this bracket. Arresting to look at and supremely versatile to live in, it’s testament to the Canadian team’s design prowess that they’ve managed to create such an impressive and bold structure without detracting from the natural surroundings.