It’s fair to say that of all the sitcoms of the last 20 years or so, Seinfeld has to be in our top 5 here at Coolector HQ and the iconic comedy is right up there with the best of them. We know we’re not alone in our love of this New York based comedy and were delighted to stumble across an extraordinary piece of design in the form of this amazing Seinfeld Apartment Model which, as the name suggests, is a scale model of Jerry’s apartment. 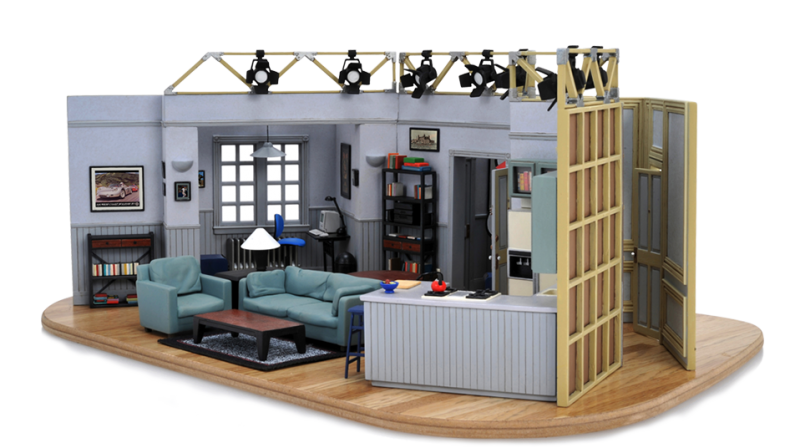 With the majority of the action invariably unfolding in Jerry’s apartment, it stands to reason that it was this part of the set which was utilised in the creation of a scale model and for fans of the much loved show, this is exactly the sort of memorabilia that you’re going to want to take pride of place in your workspace or home office.

With delivery of this amazing piece of design pencilled in for June this year and limited to just 5000 pieces, Seinfeld fans will need to move fast if they want to get Jerry’s apartment on their desk and the incredible attention to detail that has gone into the crafting of this cracking piece of memorabilia really is second to none. 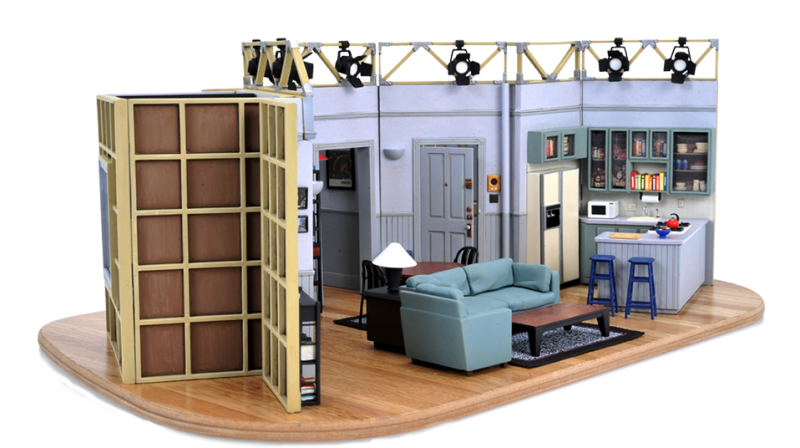 The Seinfeld Apartment Model is crafted from a combination of materials including durable plastics, fabrics, metal and wood and includes over 100 unique miniature elements – including the furniture we all know and love from Jerry’s apartment, the bicycle seen hanging on the wall, lighting fixtures and, saving the best for last, a working version of Jerry’s front door – just don’t expect Kramer to come flying through. 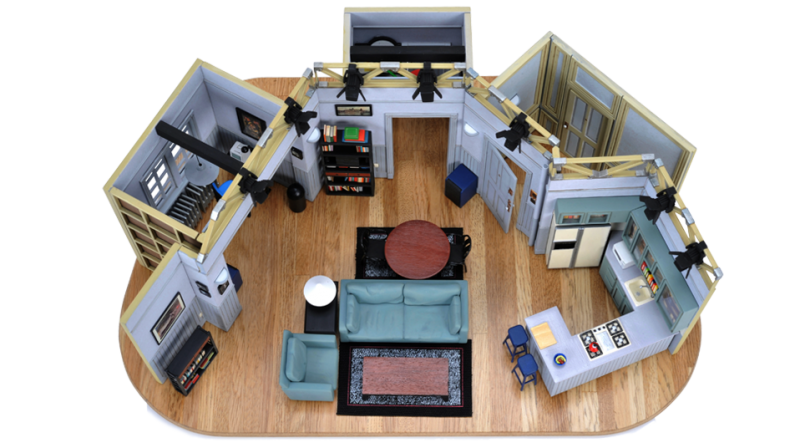 Each one of these cracking scale models has been carefully hand-painted to deliver such an impressive recreation of Jerry’s apartment and fans of the show will love seeing little bits and pieces dotted about that they remember from the iconic TV series. Distressed paint has been used to help give the aesthetics that “lived in” look and it really is the perfect give for anyone who loves Seinfeld and wants to showcase this adoration in style.

There are some great bonuses to be had by getting your pre-order for the Seinfeld Model Apartment now because pre-orders  receive a hand numbered commemorative card featuring an authentic piece of a door from the Seinfeld Archives. This rare, from the set artefact is authentic and certified by the Warner Bros. Studio Archive so you’ll be getting an actual piece of Seinfeld history to go alongside the amazing replica of Jerry’s apartment. 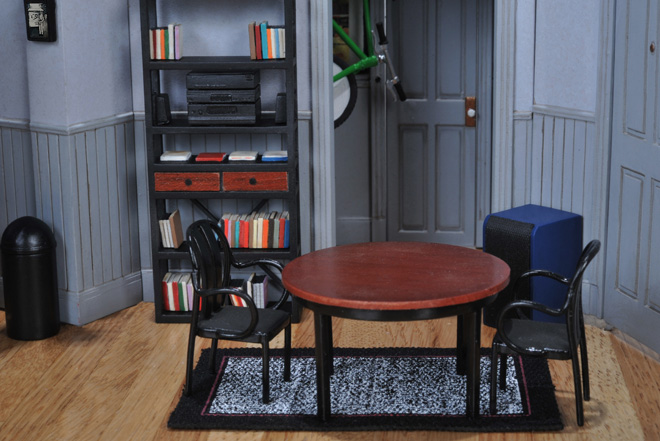 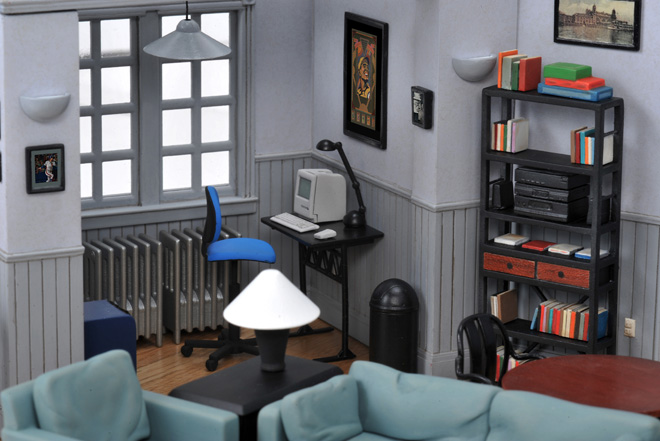 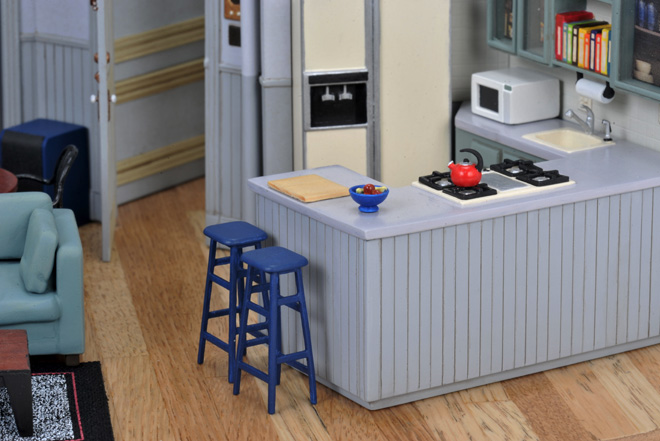 As huge fans of Seinfeld here at The Coolector this phenomenal piece of design was always going to appeal to us but even if you’re not a fan of the show, you can still revel in the attention to detail and quality of its craftsmanship. Whilst it’s not cheap (clocking in at around the $400 mark), this Seinfeld Model Apartment really will make the year of any fan of the show – us included.