There are some truly iconic vehicles that have been released in the last half century or so and few are quite as mesmerising at the Shelby Mustang GT500. Well, if you’ve got considerably deep pockets, this one will set you back some £160k, then you’re in luck because the guys at Fast Classics have got a mesmerising machine available right now that fans of Shelby Mustangs are going to be falling over themselves to get their hands on. 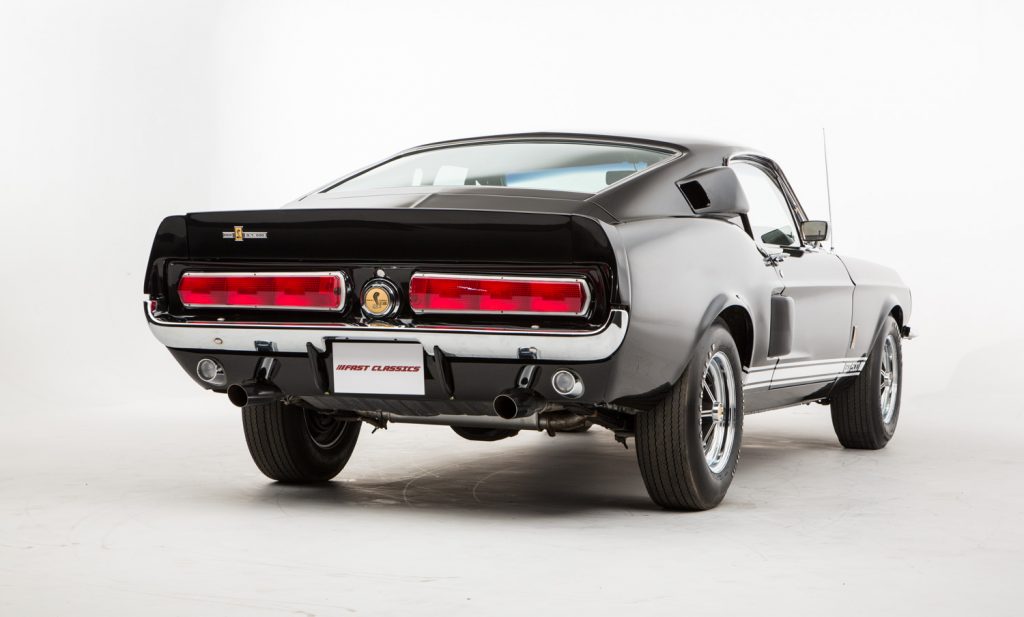 The Fast Classics Shelby Mustang GT500 is from 1967, the golden age of motoring, and comes in a Raven Black colour way that gives it an instant visual impact that is truly impossible to ignore. This glorious looking steed can go from 0-60mph in 5.7 seconds and has a top speed of some 129mph so is certainly no slouch and packs quite the performance punch. Unquestionably one of the most celebrated and long running sports cars from the all-American Ford Motor Company. Said to be conceived in an incredible 18 months, the original first generation 1964 Mustang amazed one and all and changed the American automotive landscape.

Machines like the Shelby Mustang GT500 don’t come along every day and when they do, they define a generation and this breathtaking vehicle is still just as loved and iconic today as it was when it was first released over 50 years ago. The car was launched to considerable acclaim and in some respects helped to mould the style and design of American sports cars to come. GM and Chrysler were caught sleeping at the wheel and the demand for the Shelby Mustang was considerable. 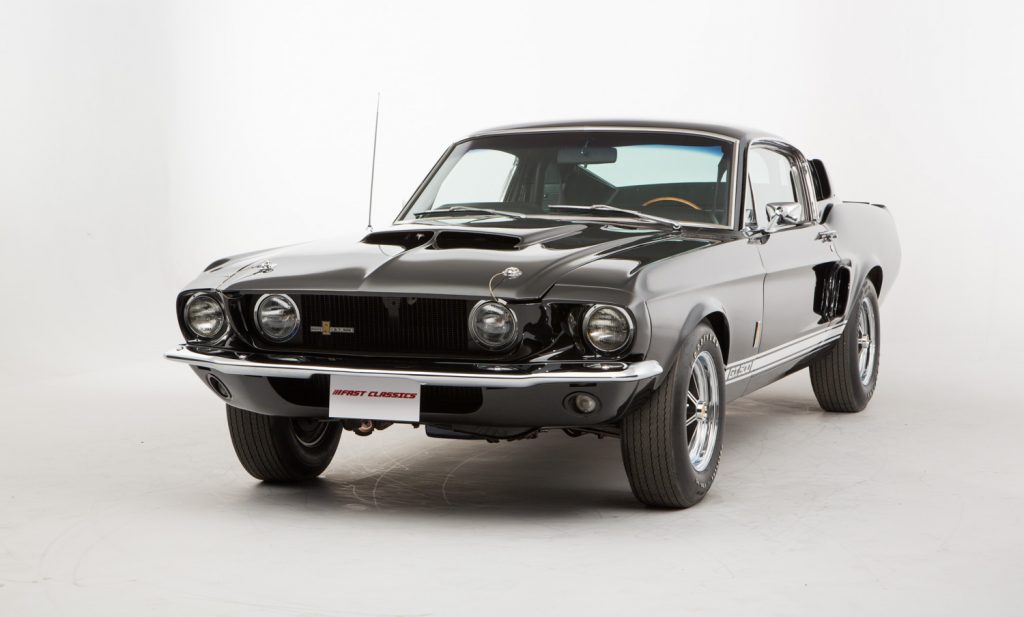 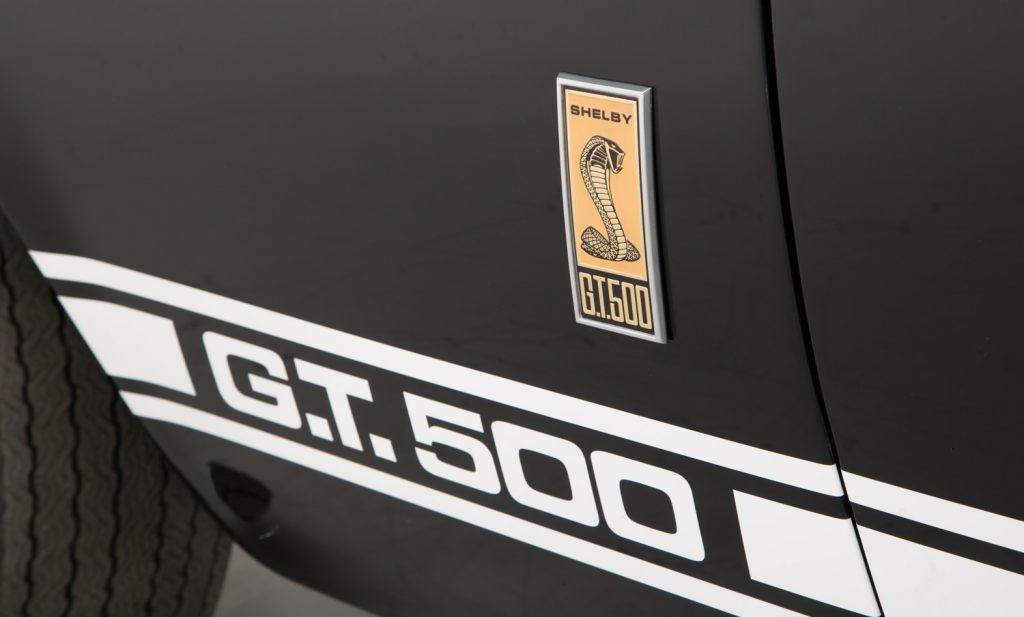 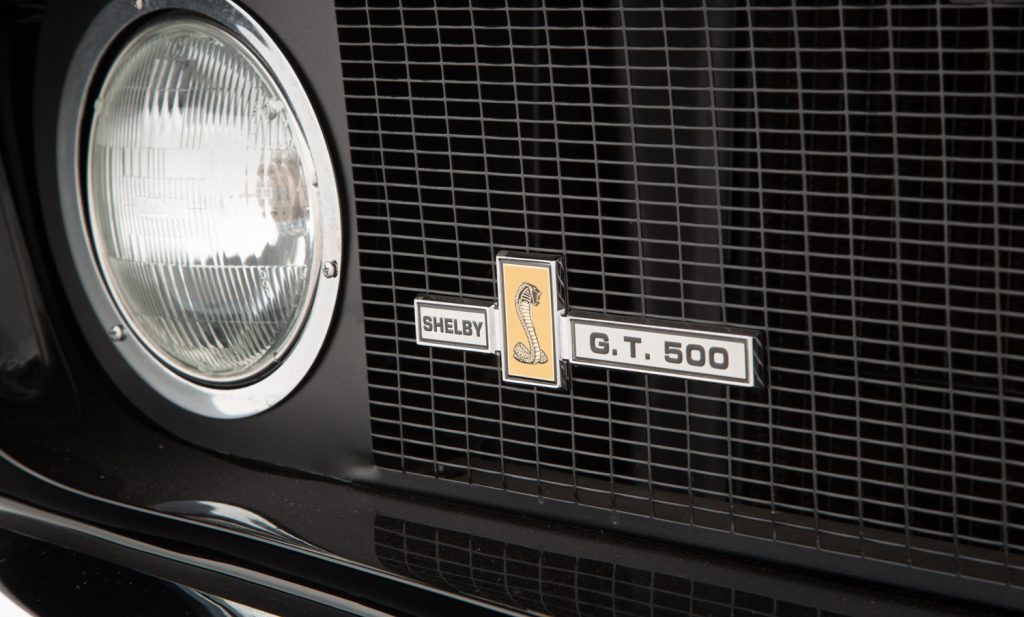 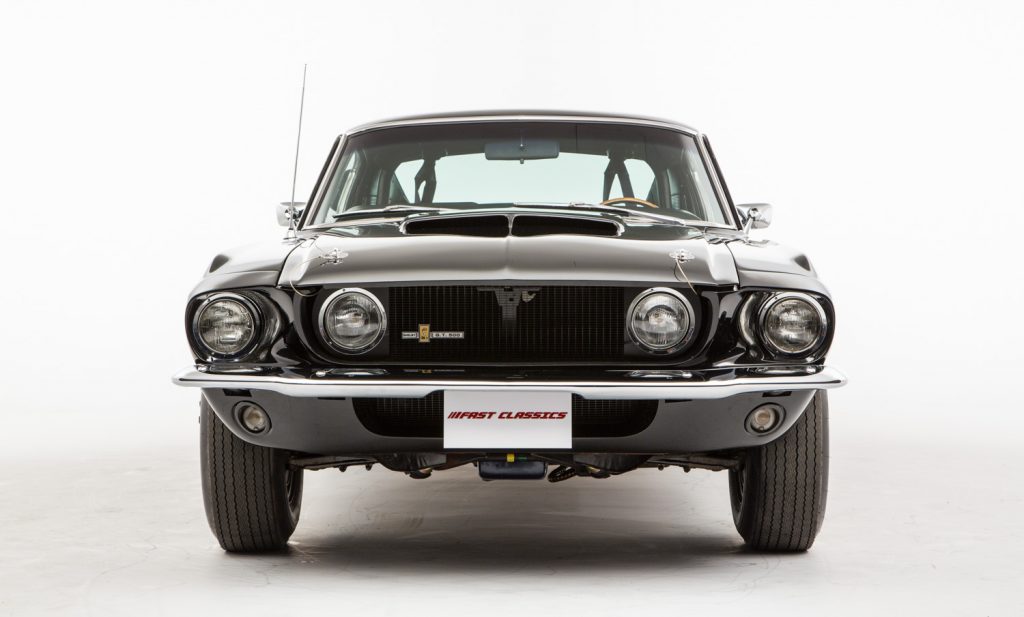 The Shelby Mustang GT500 from Fast Classics has certainly caught our eye though, lamentably, we don’t happen to have a spare £160k lying around so it’s not our garage that it will be ending up in. Without doubt one of the finest Mustangs ever produced, the GT500 is a real sight to behold and it boasts a massive performance, both in terms of sheer power and decibels produced. The sprint to sixty was claimed to be 5.7 seconds, which was exceptionally fast for the time and still competitive to this day. Other enhancements included the use of fiberglass for specific areas including the bonnet, rear tail light panel, boot, quarter panel extension and side scoops. 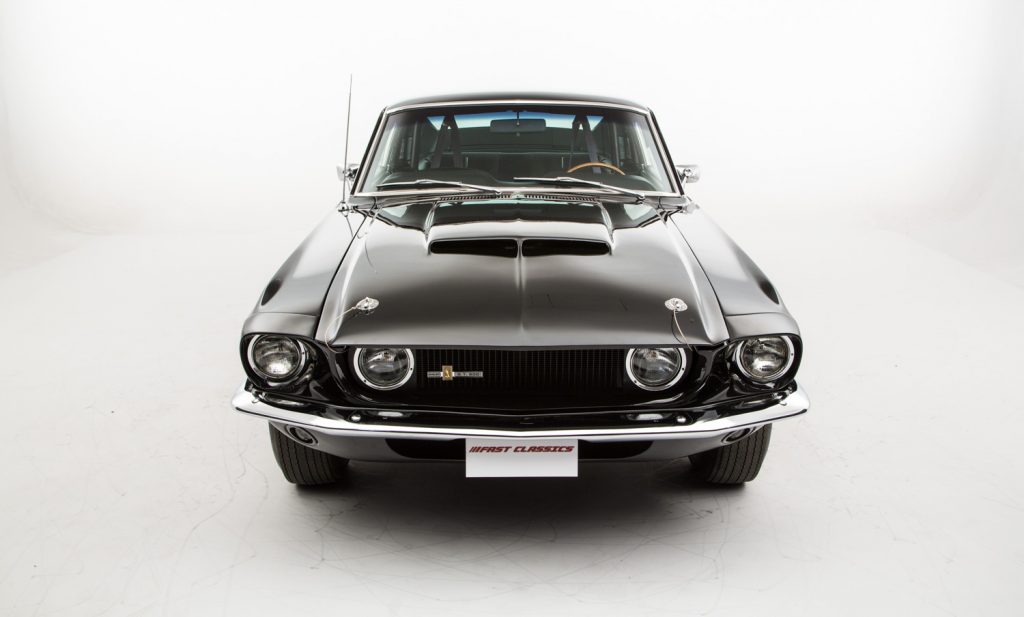 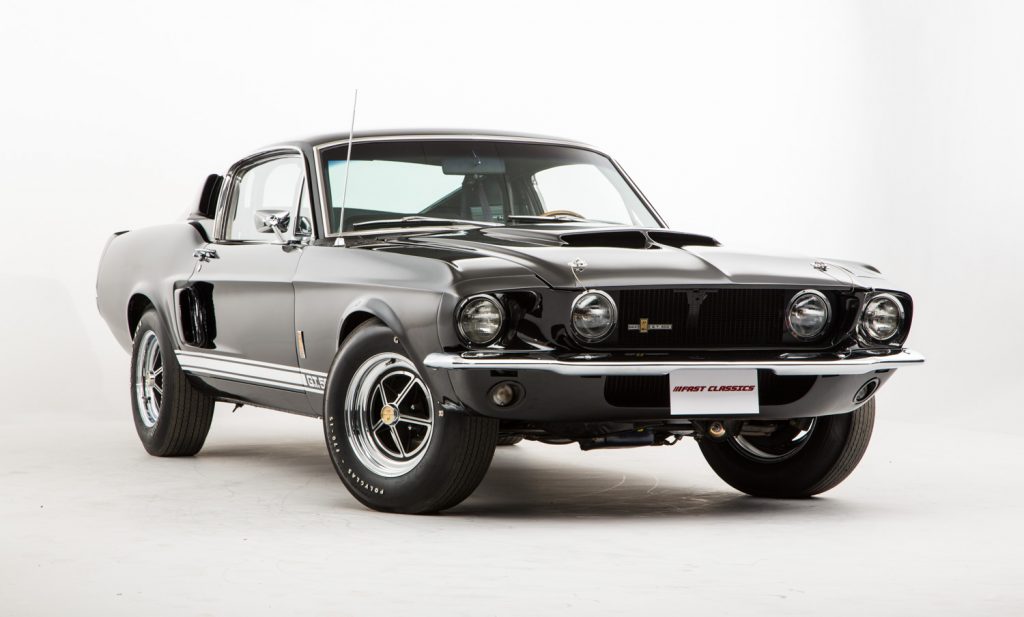 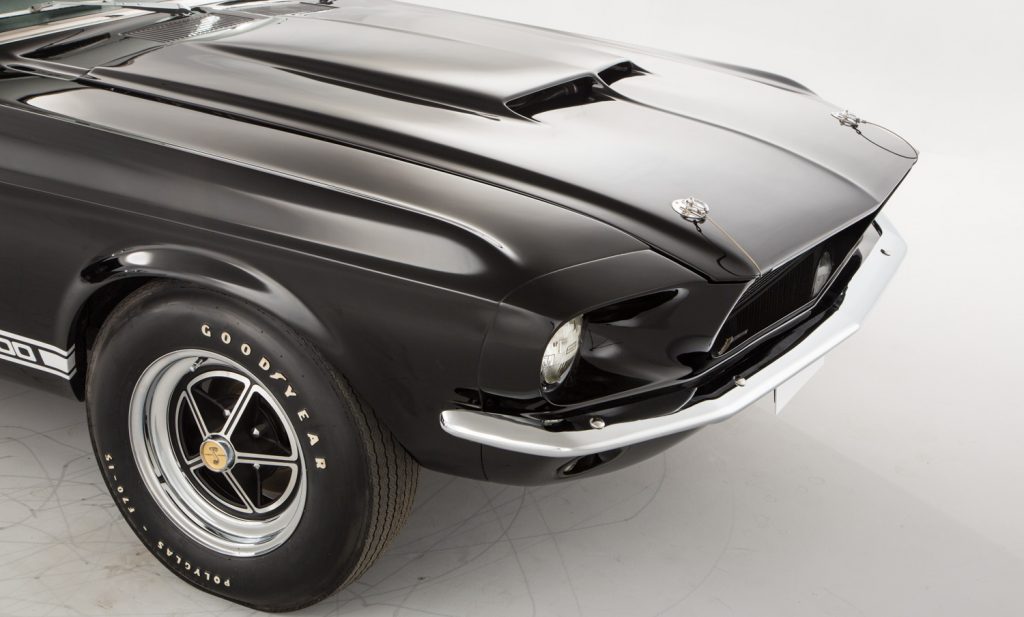 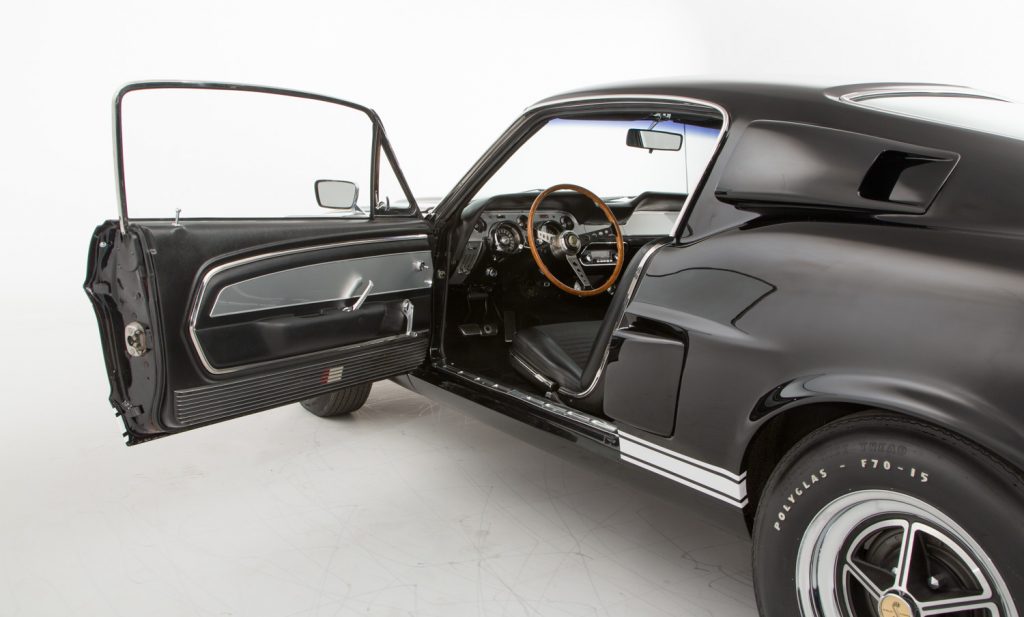 With the exterior of this Shelby Mustang GT500 from Fast Classics, you are getting a real thing of beauty. It is finished in a stealthy and menacing coat of Raven Black, giving this stunning steed an imposing presence that oozes aggression. The paintwork is in fantastic condition, having been freshly repainted on request by its current owner before put up for sale. The brightwork is also unparalleled, with the chrome on the bumpers showing a mirror like reflection. Sitting proud on the front wings are the Shelby GT500 badges, with the white GT500 graphic and stripes also present and correct.

The good news just keeps on coming when you head inside the Shelby Mustang GT500 from Fast Classics. It is in exceptional condition, with all of the materials of top quality and fantastically finished throughout. The steering wheel is constructed from wood and with a generous diameter which gives you the requisite heft to muscle this GT500 around. The seats are in top notch order, with the vinyl outer and cloth inner sections looking virtually new, as do the carpets so this really will be taking pride of place in some luxury car enthusiast’s collection. 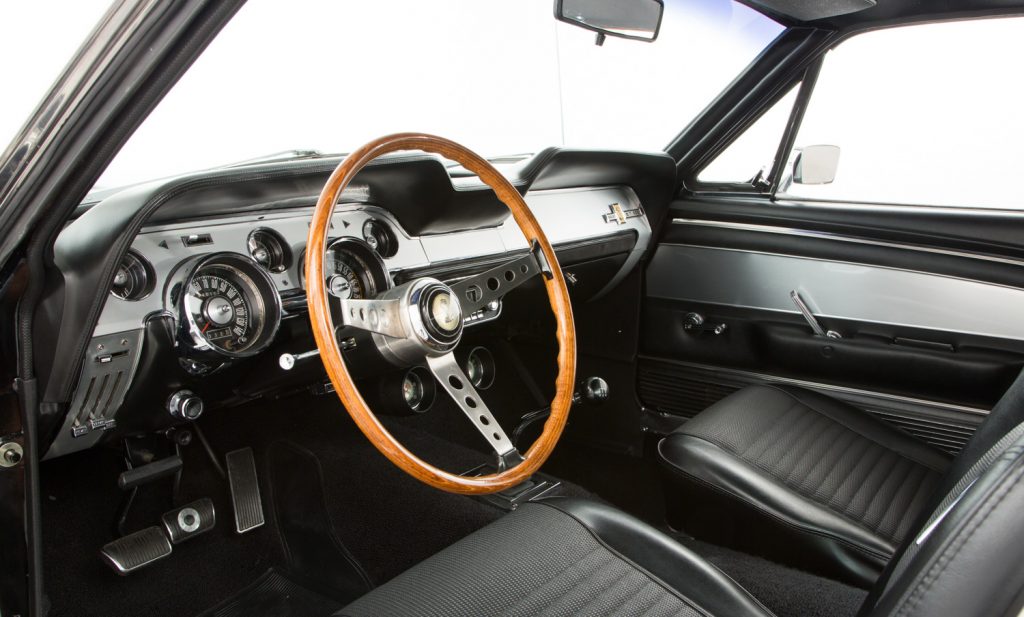 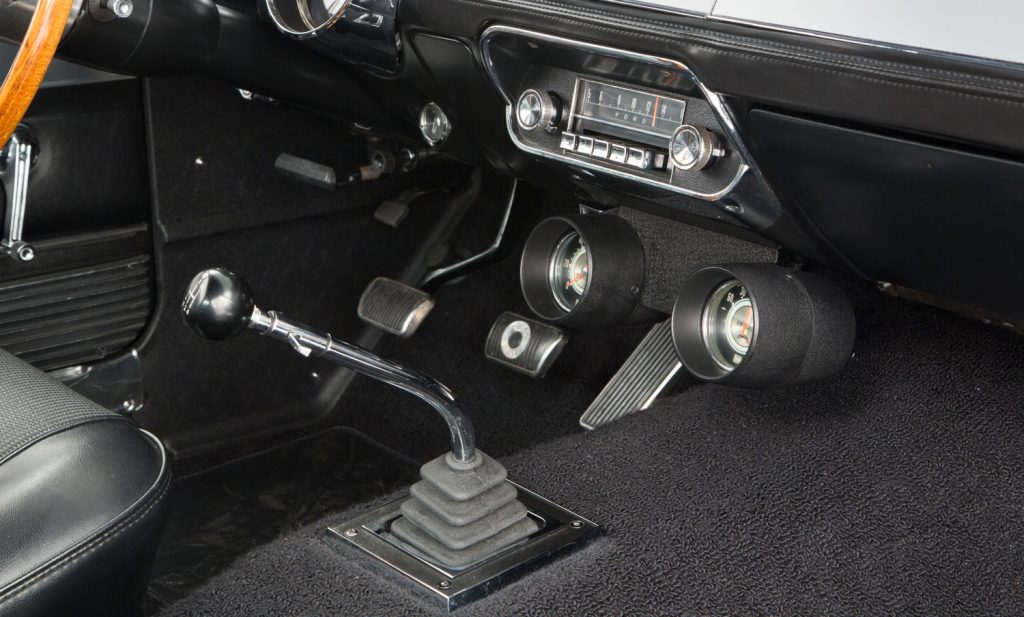 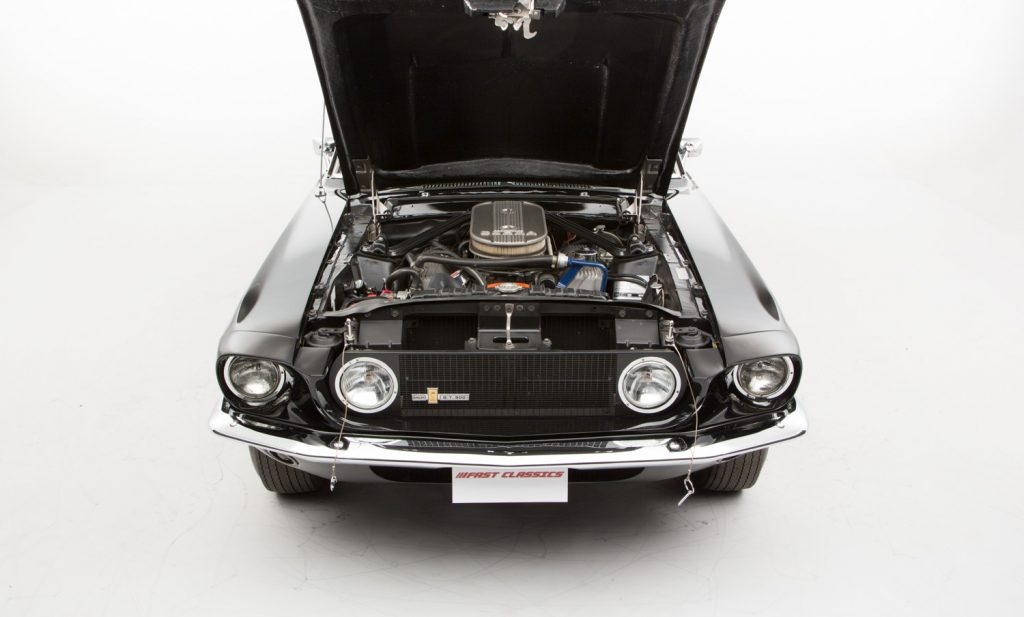 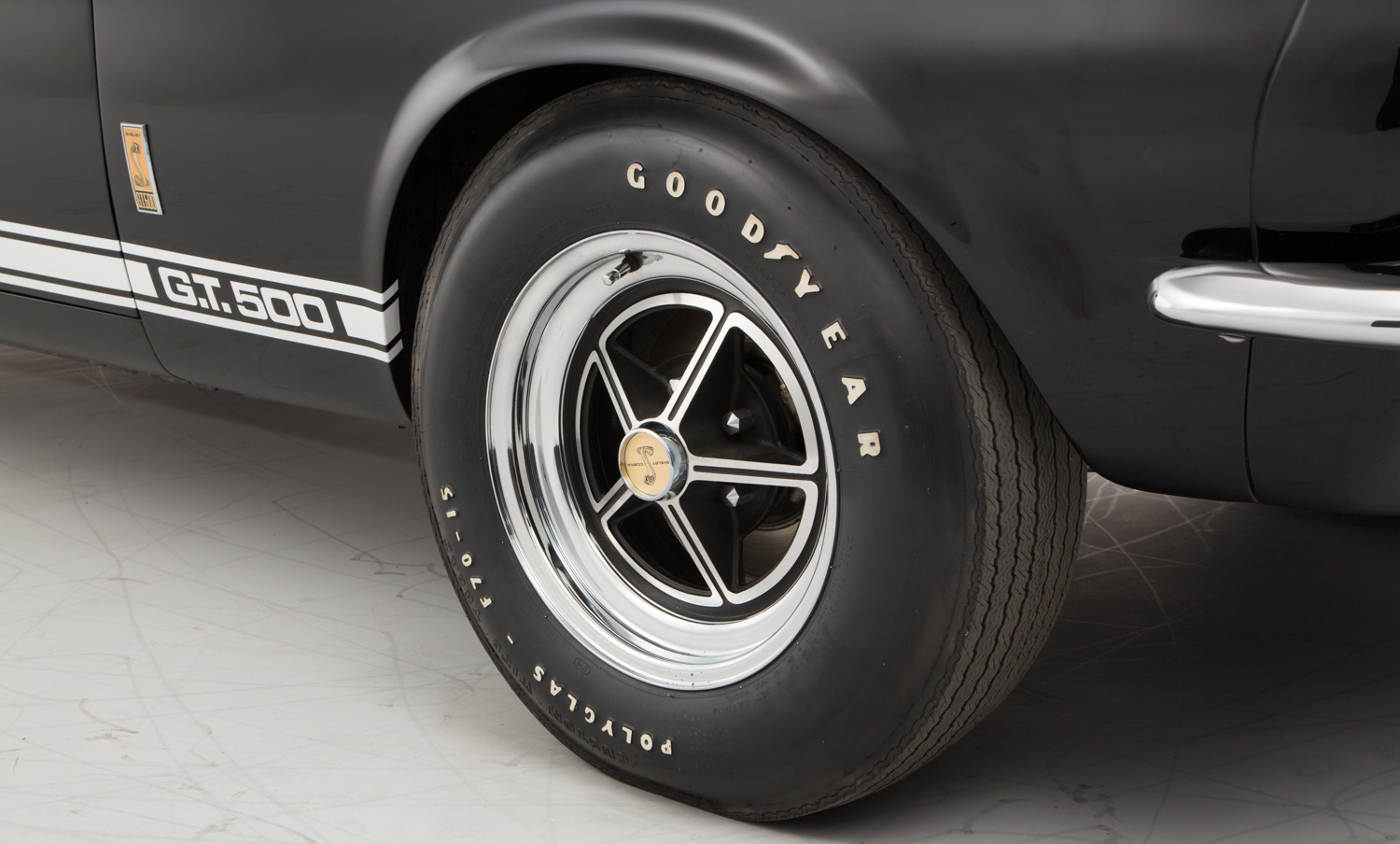 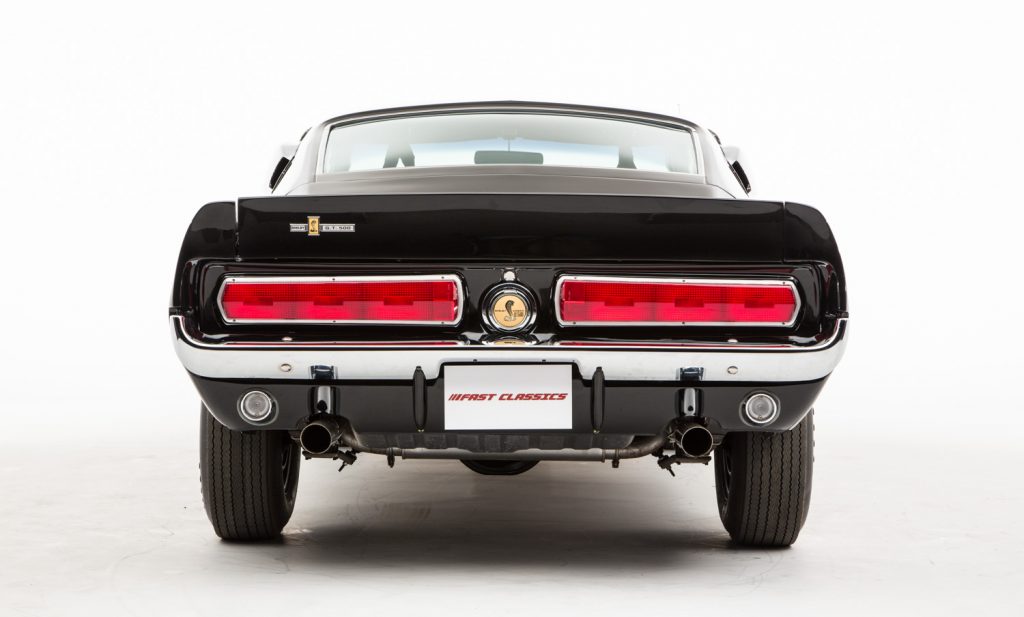 Whilst the £160k price tag will be a bitter pill to swallow for the average man, there is certainly going to be Shelby collector out there with pockets deep enough to get their hands on this magnificent machine. For anyone with a love of classic machines, this one truly is one in a million and it is in immaculate condition considering the age of the vehicle.