Living close to water is something that we always strive for here at Coolector HQ but, it’s fair to say, there are some properties which really embrace this setting and the breathtaking The Sisters Lakeside Cottage from Canadian architects, Anik Peloquin, is certainly one such structure. Brilliantly commingling the old with new, this glorious piece of architectural design is right up our street.

The Sisters Lakeside Cottage from Anik Peloquin is an eye-catching piece of design that consists of a small lakeside house, which is known as the “big sister” in the La Malbaie area of Canada which recently added a modern extension to the property to create the finished product known as The Sisters. If you like your architectural designs to expertly straddle the old and new, you’ll be blown away by what has been achieved here.

After serving around three decades as a hunting lodge and, after that, a breathtaking summer home, the new homeowners who purchased it weren’t spending a great deal of time there but after about six years or so of ownership, they decided it was well overdue a design upgrade but instead of completely starting from new, they employed the services of Anik Peloquin and chose to build a new “little sister” attached to the main house – and the finished design is an extraordinary accomplishment. 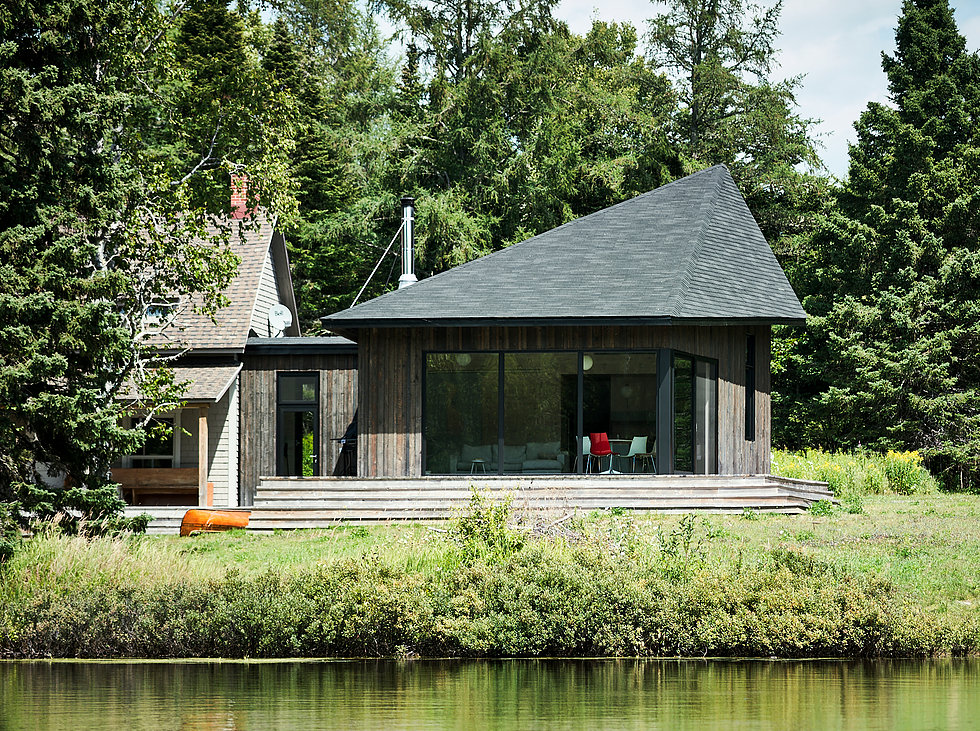 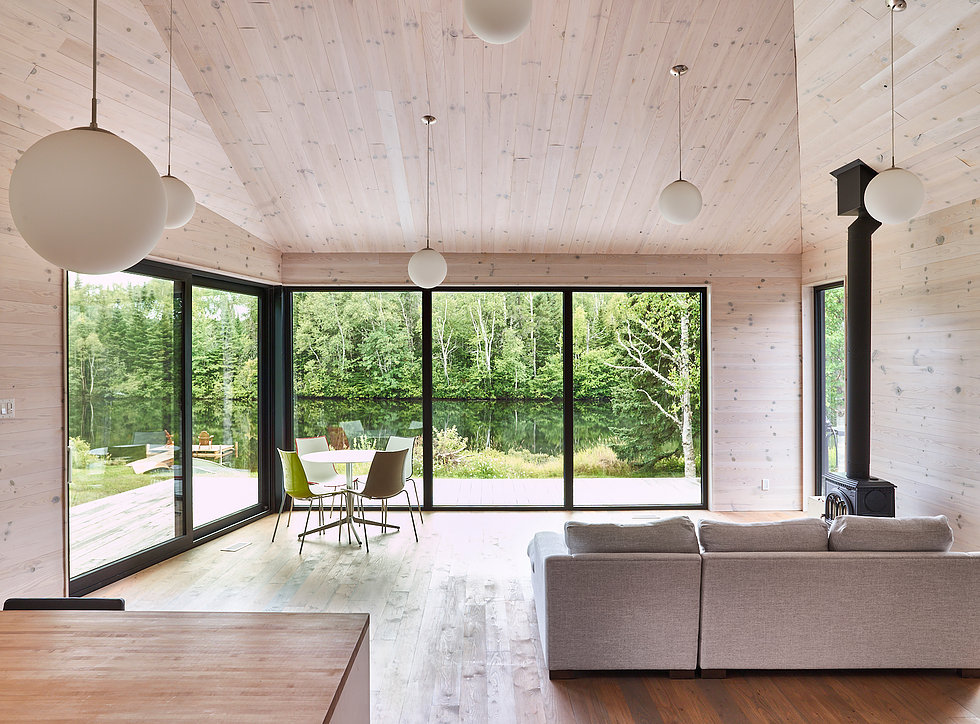 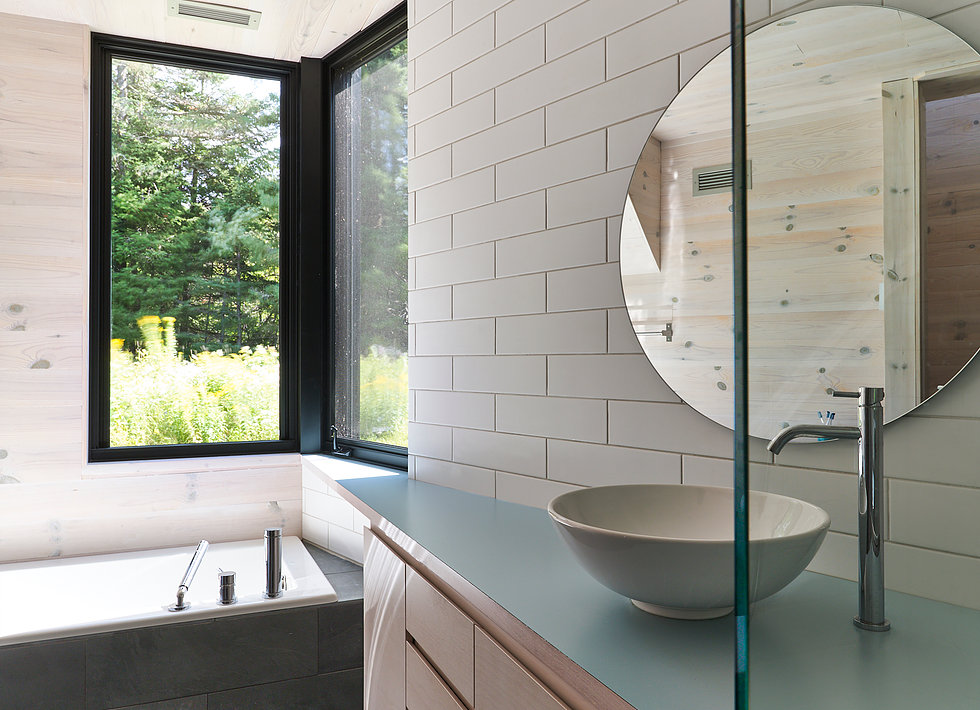 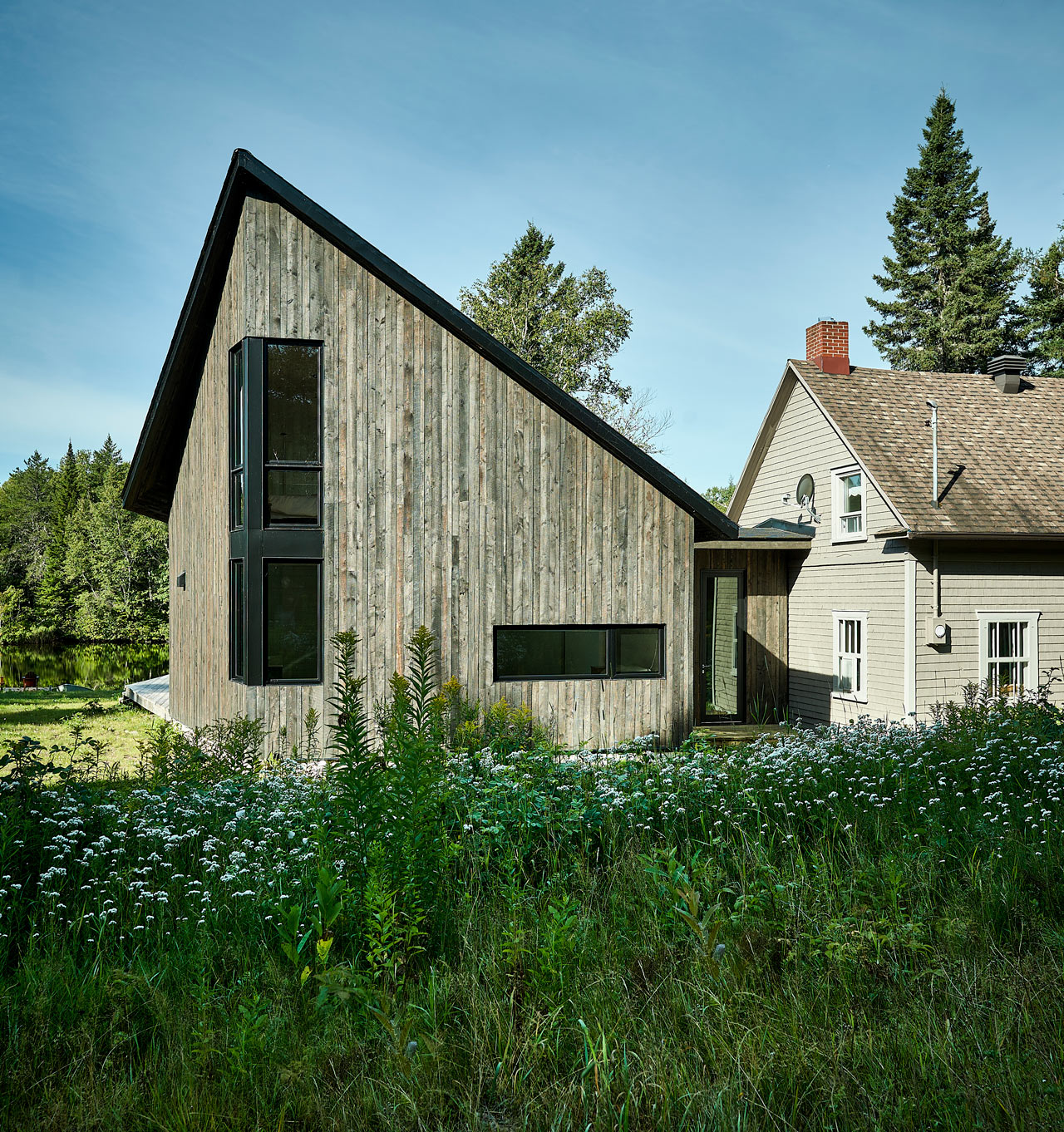 Ensuring the original charm of the house is kept in tact, the modern extension to The Sisters Lakeside Cottage dovetails perfectly from a design point of view and that is testament to the talents of the architect, Anik Peloquin. This stunning new part of the home boasts two bedrooms, a bathroom, kitchen, and lounge areas, which is all fit into a fairly small footprint. The vertical, geometric shape gives the the exterior the appearance that it’s larger than it actually is but it offers more than enough space for what the homeowners required. 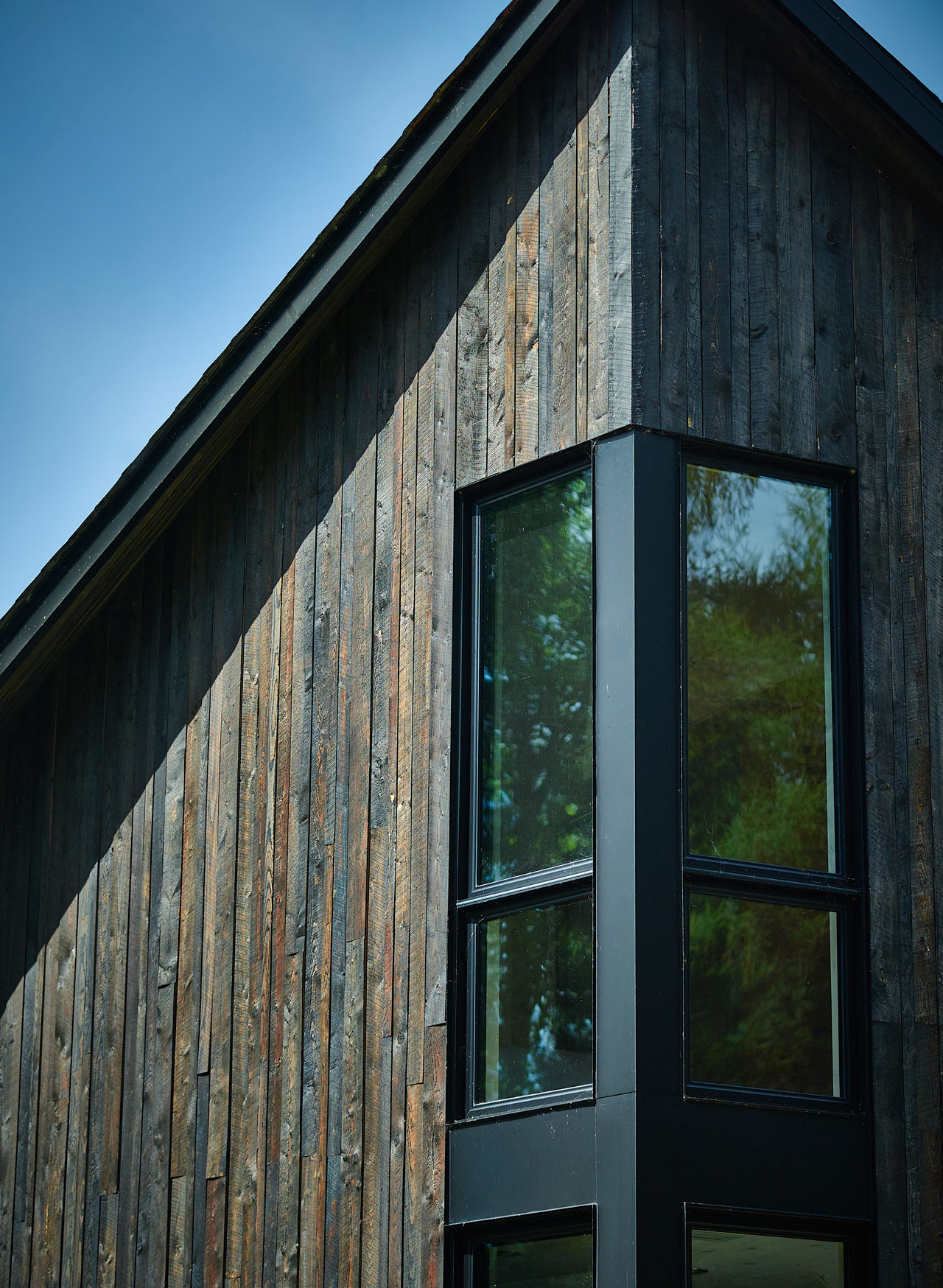 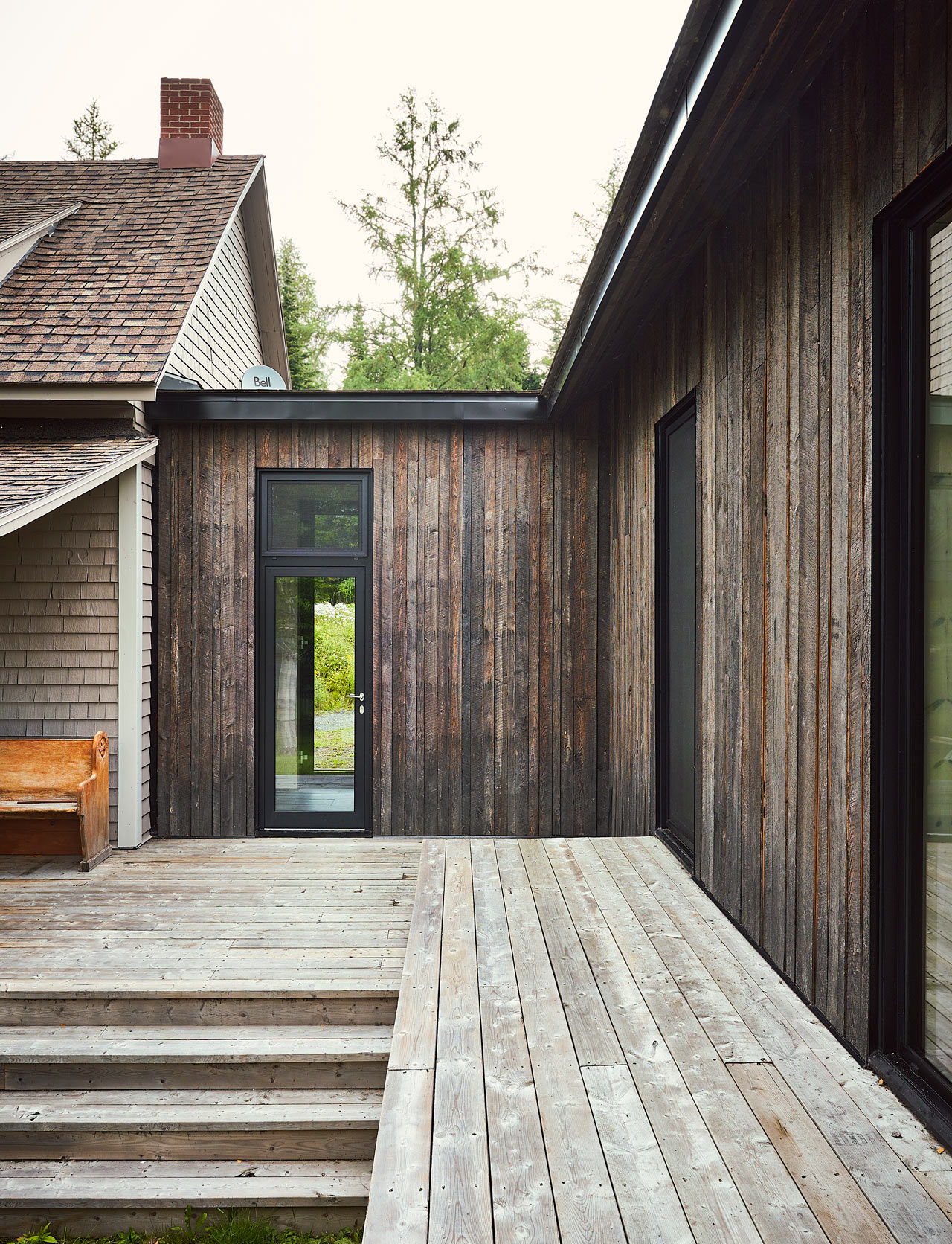 Kept entirely in proportion with the original house, the addition to the property is also in keeping with the line of the lake and the trees and doesn’t have any sort of jarring effect in the beautiful setting in which it is located. This fantastic piece of design is decidedly minimalist from an interior design point of view and for those of you with a love of sleek, understated interiors, you’ll be in love with how this classy property looks when you step through the front door.

Various woods feature heavily in the design of the interiors of this spectacular The Sisters Lakeside Cottage and this gives it a really warm and welcoming aesthetic that we’re loving at Coolector HQ. The layout of the extension is cleverly thought out to make the most of the space available and the only upstairs room is the master bedroom which the main living space and affords great views of the surrounding countryside. 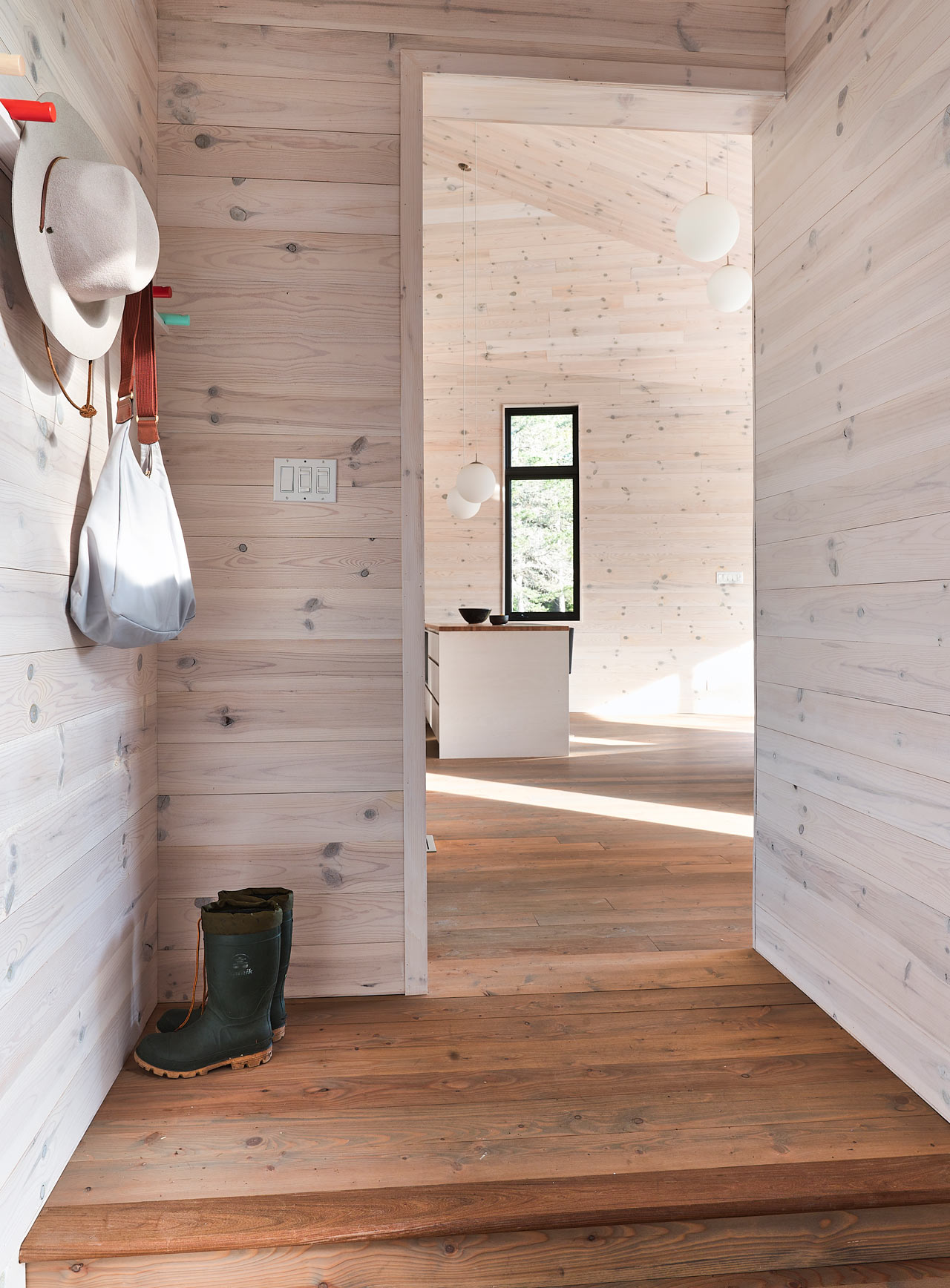 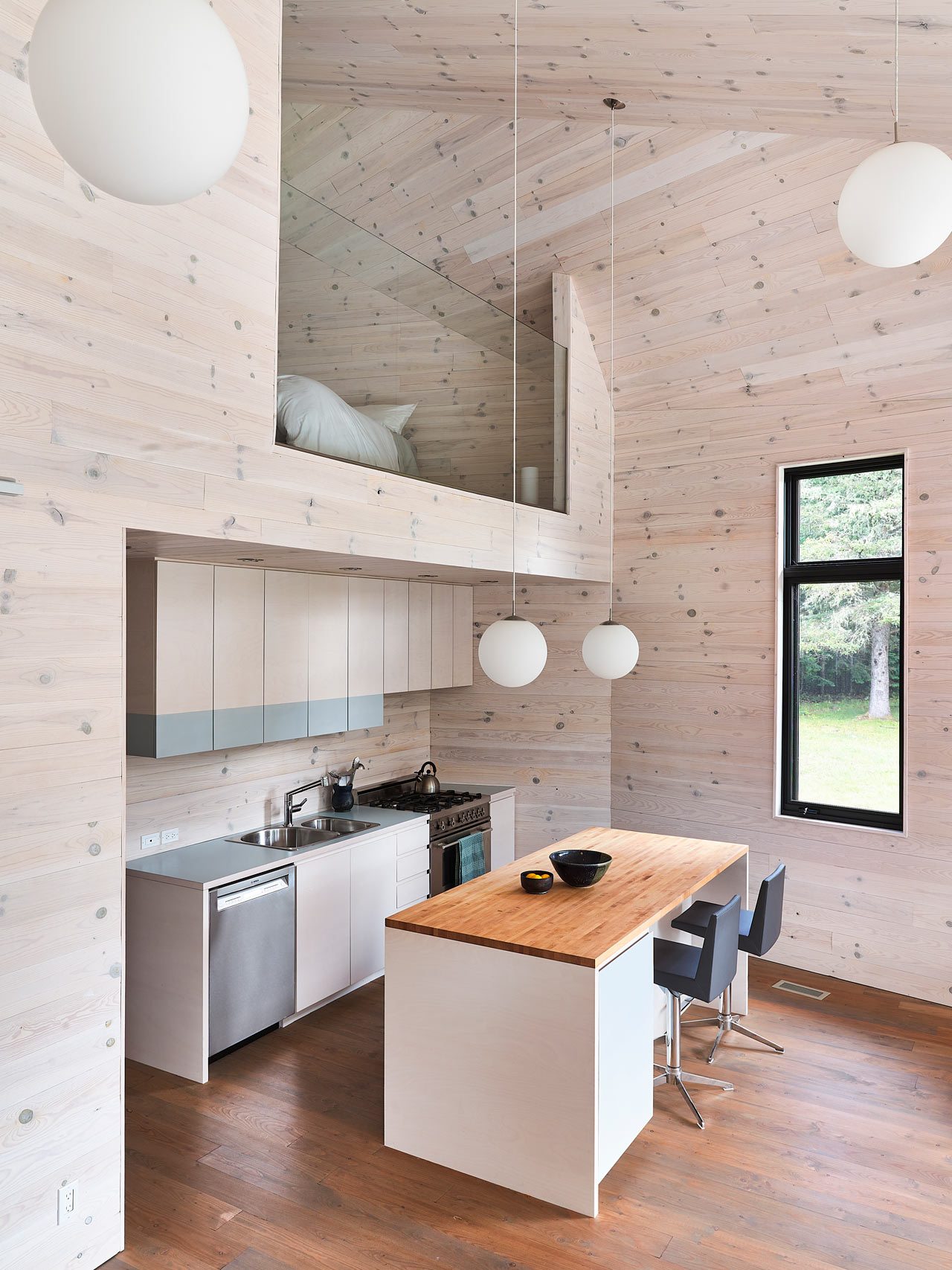 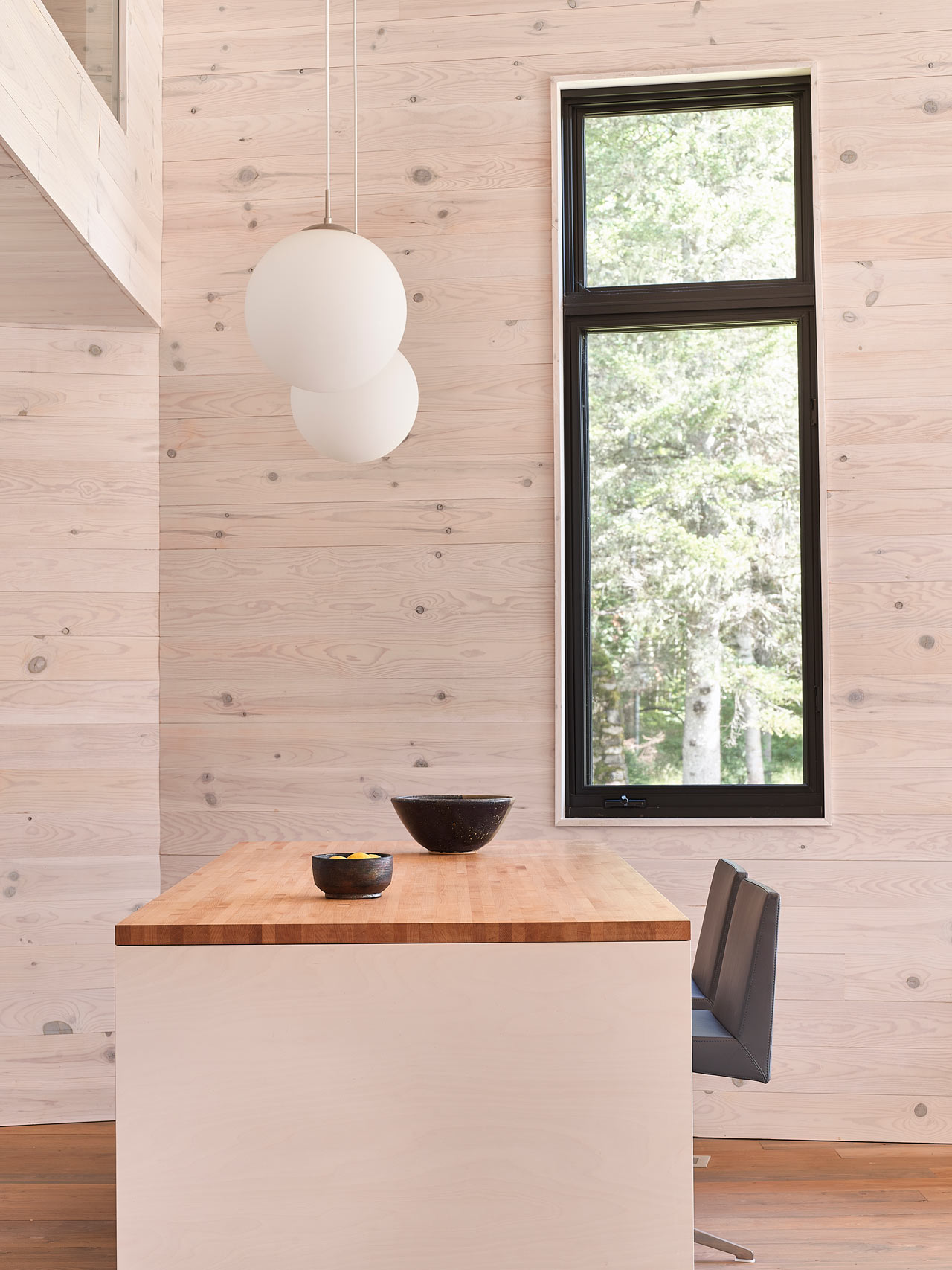 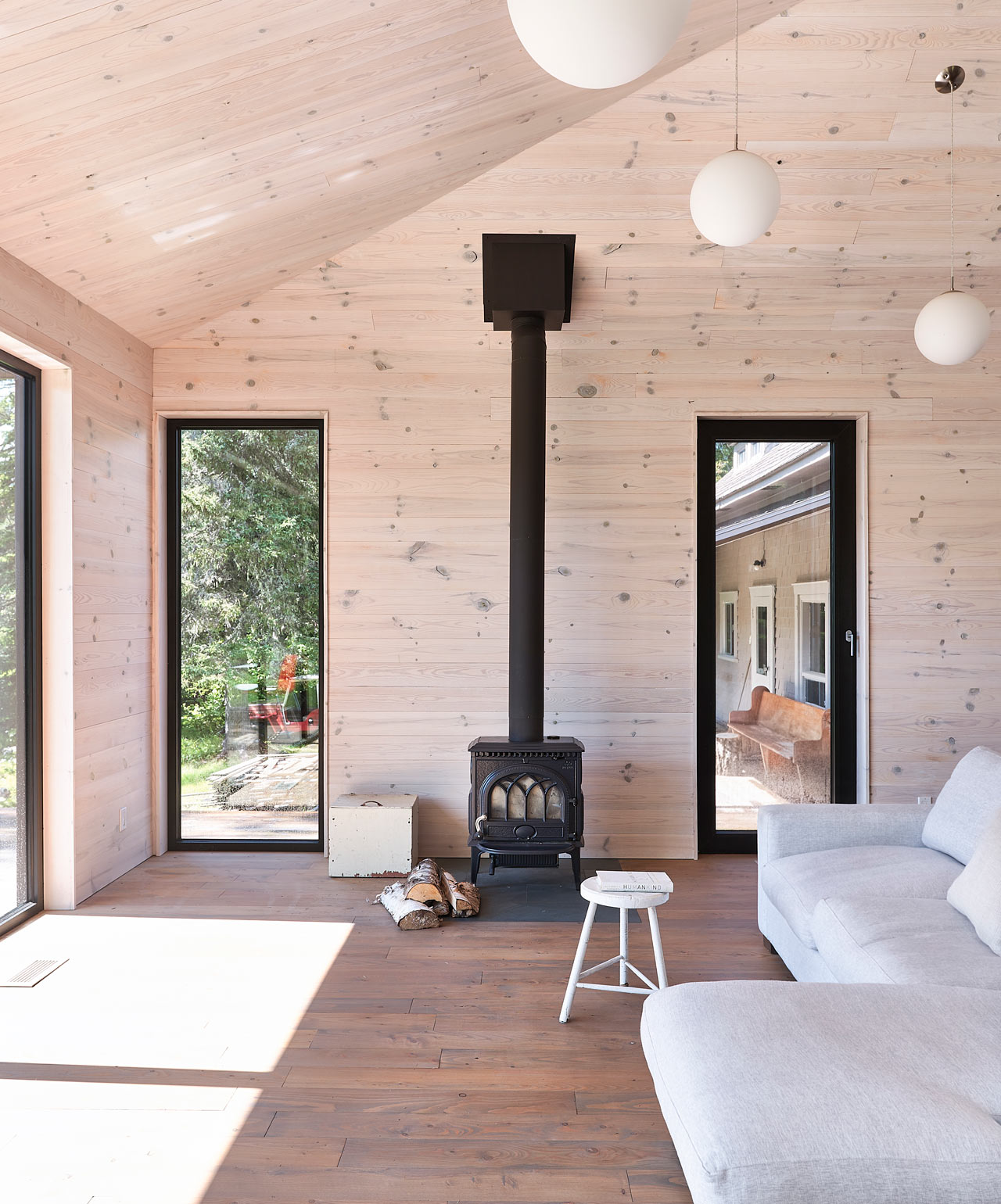 An impeccable piece of architecture from Canadian architect, Anik Peloquin, the wonderfully well designed and crafted The Sisters Lakeside Cottage is the sort of property that we’d love to end up in and it looks the perfect retreat for relaxing, unwinding and getting away from it all.