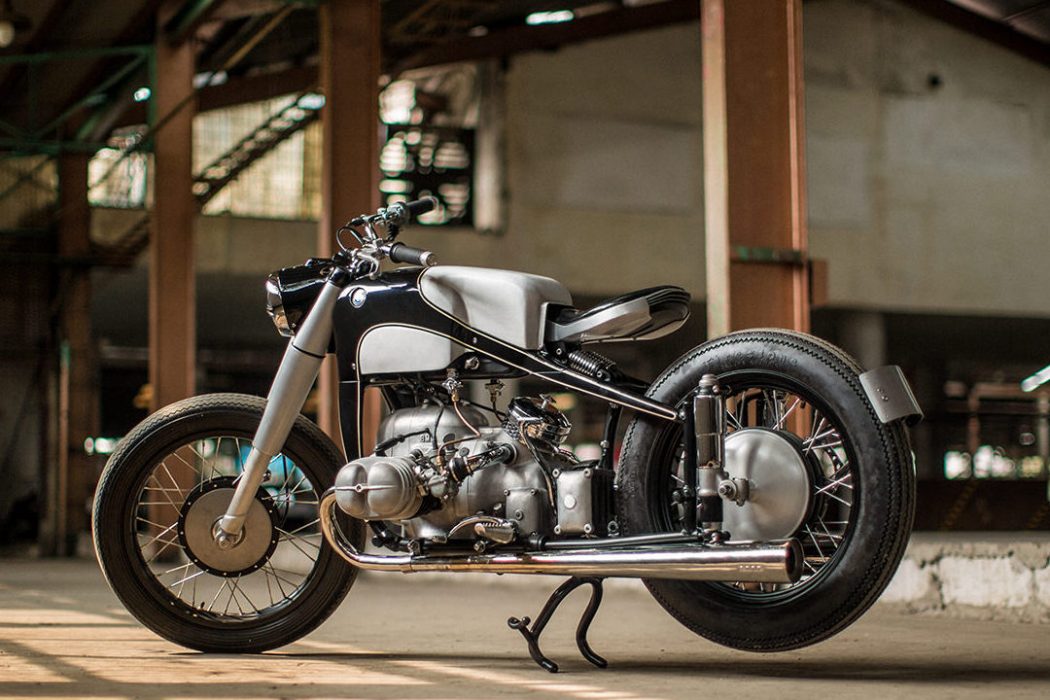 Whilst BMW are probably most synonymous with their cars, this does their excellent range of motorcycles a disservice and when one has been restored as well as this Thrive 1951 BMW R51 RESTOMOD, it’s hard not to sit up and take notice. This magnificent looking steed has been well and truly bought into the 21st century with an array of overhauls but the fact it was done upon one of the all-time classic motorcycles, it was always going to end up being a cut above in our opinion here at Coolector HQ. 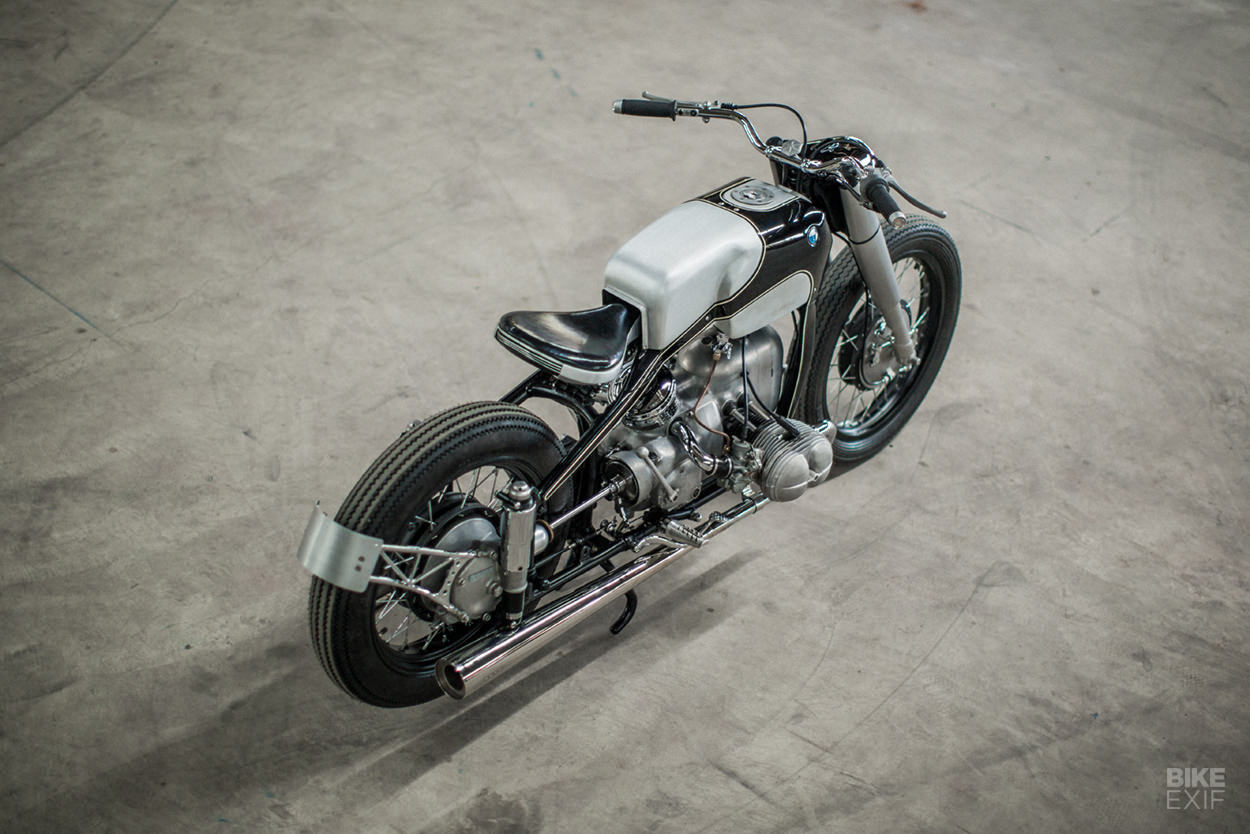 The Thrive 1951 BMW R51 RESTOMOD takes one of the most instantly recognisable motorcycles in existence and gives it a vibrant new look that we’re loving here at Coolector HQ. Original R51’s came with the early boxer engine and ‘plunger’ rear suspension but despite their venerable age, R51s can still be picked up at auction for less than US$20,000 which represents somewhat of a steal for such an iconic machine.

Given their age and the fact that only 18000 BMW R51s were built, they are becoming increasingly rare and that’s why it’s always heartening to see motorcycle workshops like the Jakarta based Thrive give them a new lease of life and prepare them for use in the 21st century. The client behind this commission build has been a BMW aficionado since childhood so was delighted to get his hands on one of their most celebrated machines. After meeting the Thrive team and reminiscing over airheads from his past, he returned to the workshop with the engine and frame of a 1951 R51/3 and the rest, as they say, is history. 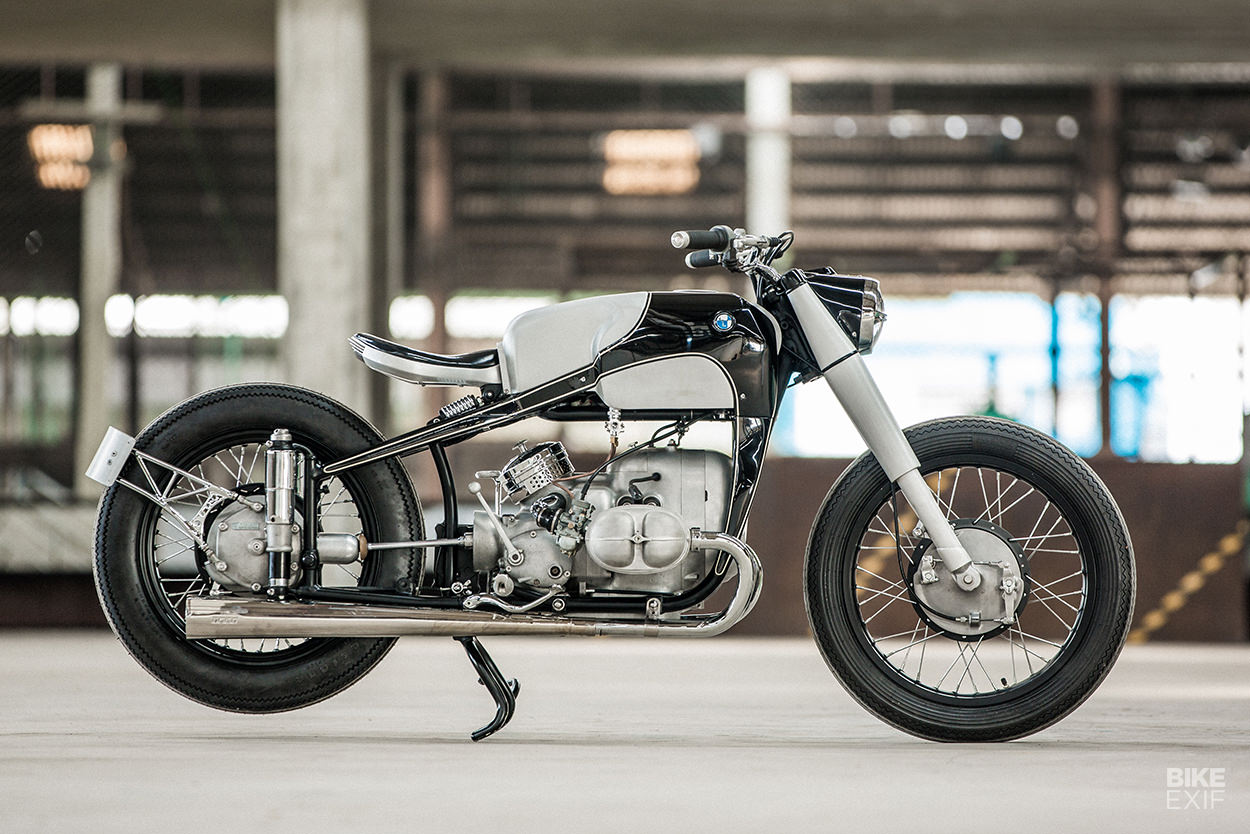 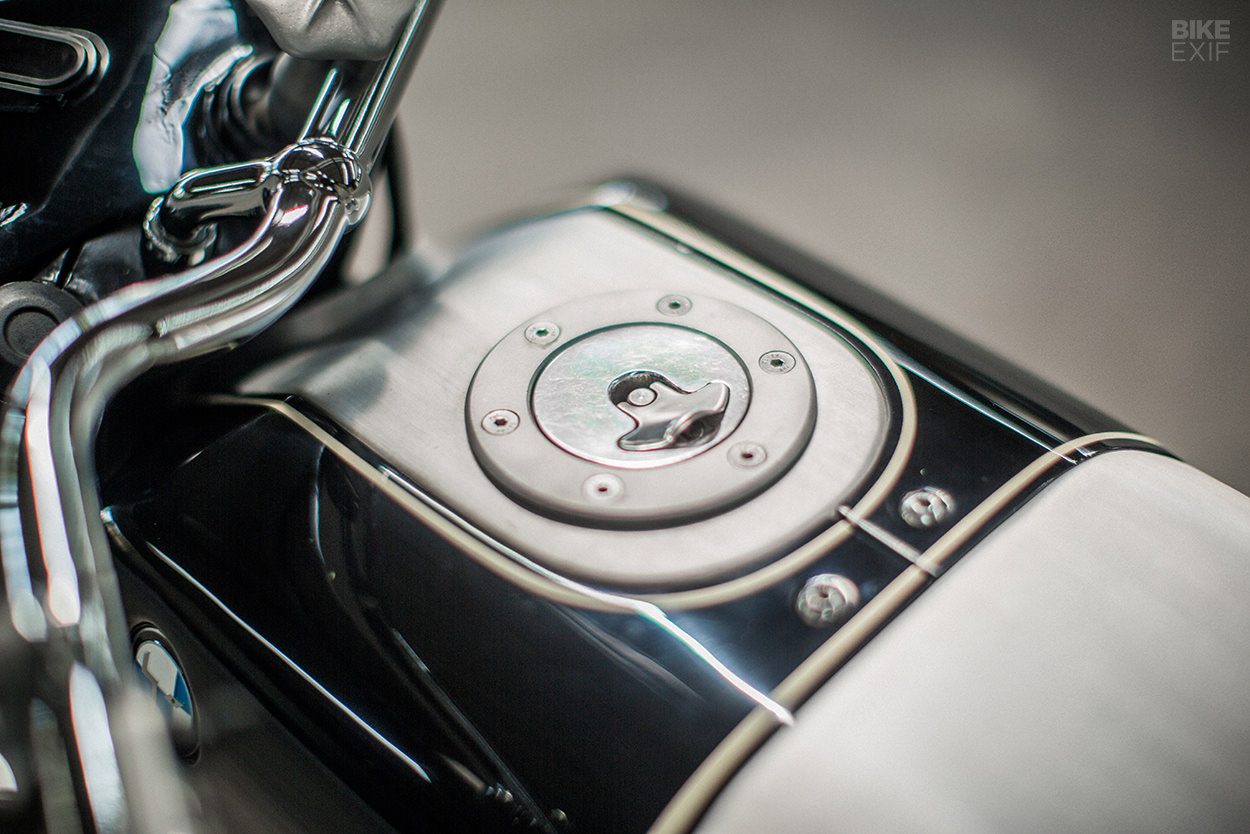 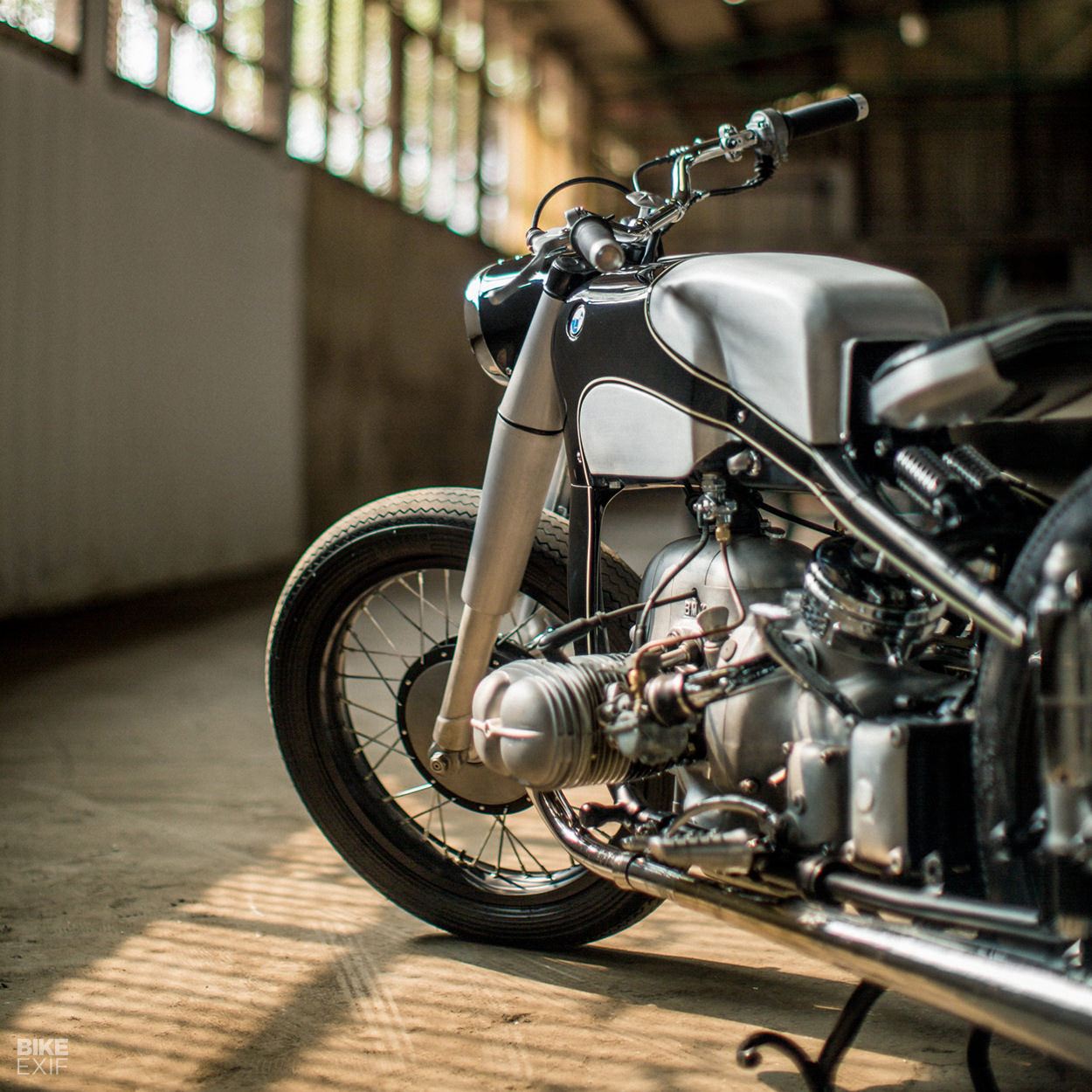 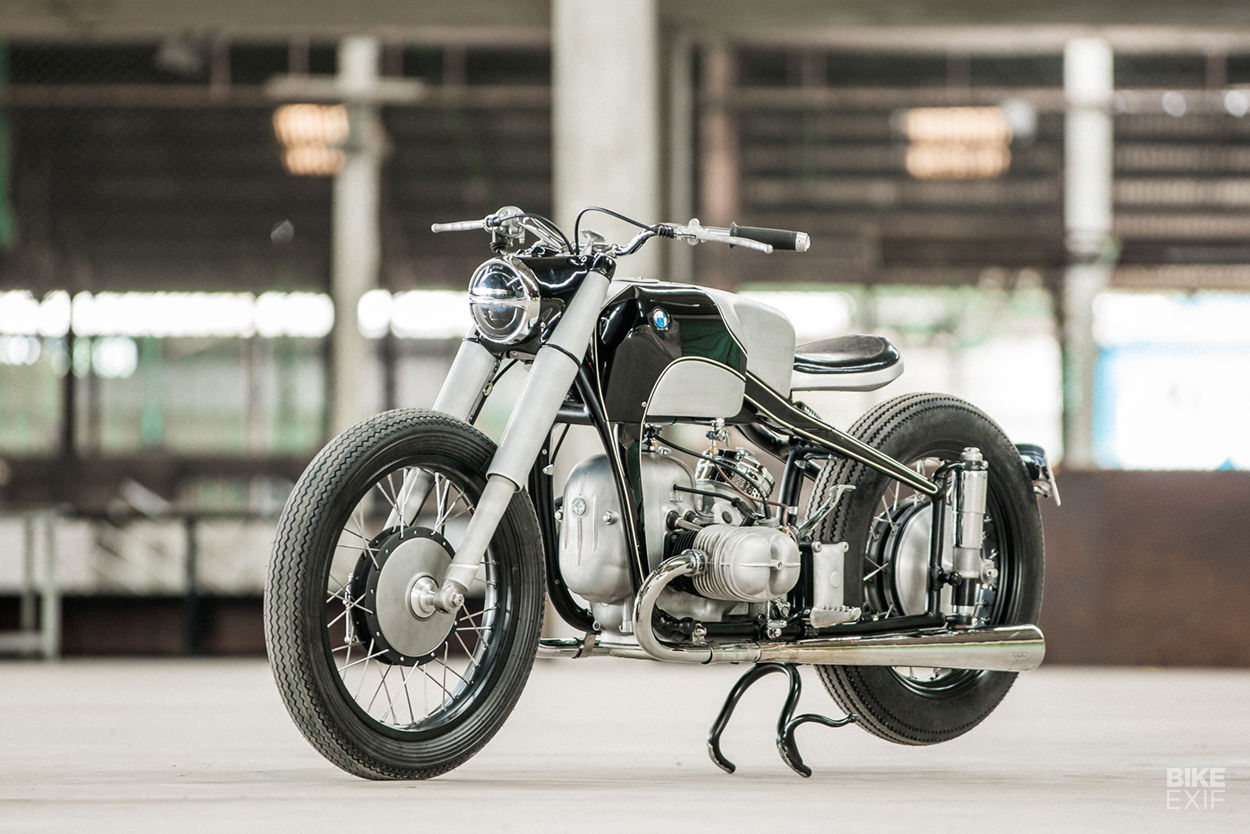 Alas, too many parts were missing from the bike for the R51 to be returned to its original showroom state but this gave the guys at Thrive a bit of creative license and they’ve certainly used it to deliver one of the coolest looking rides you’re likely to see. They decided to use a restomod approach, which essentially entailed updating some parts of the bike while maintaining the overall classic look and feel that made it so popular and iconic in the first place. 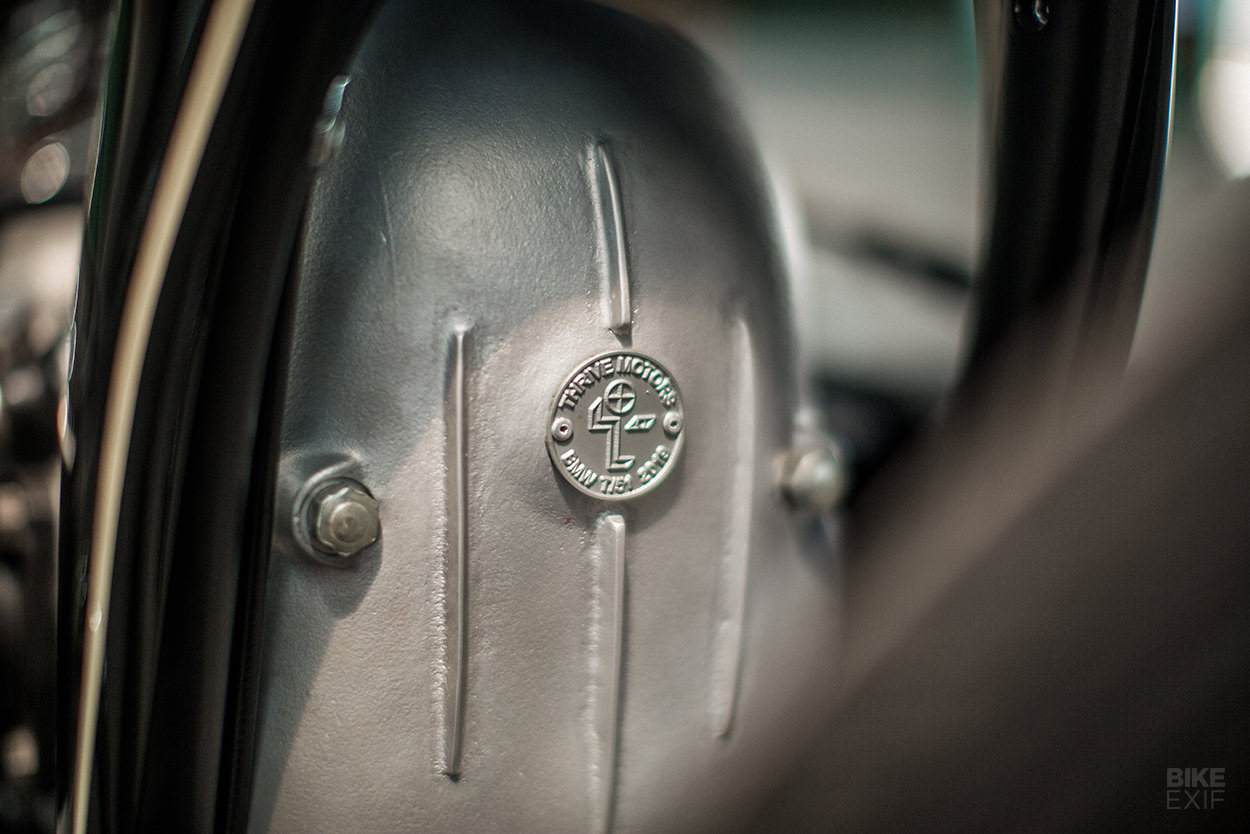 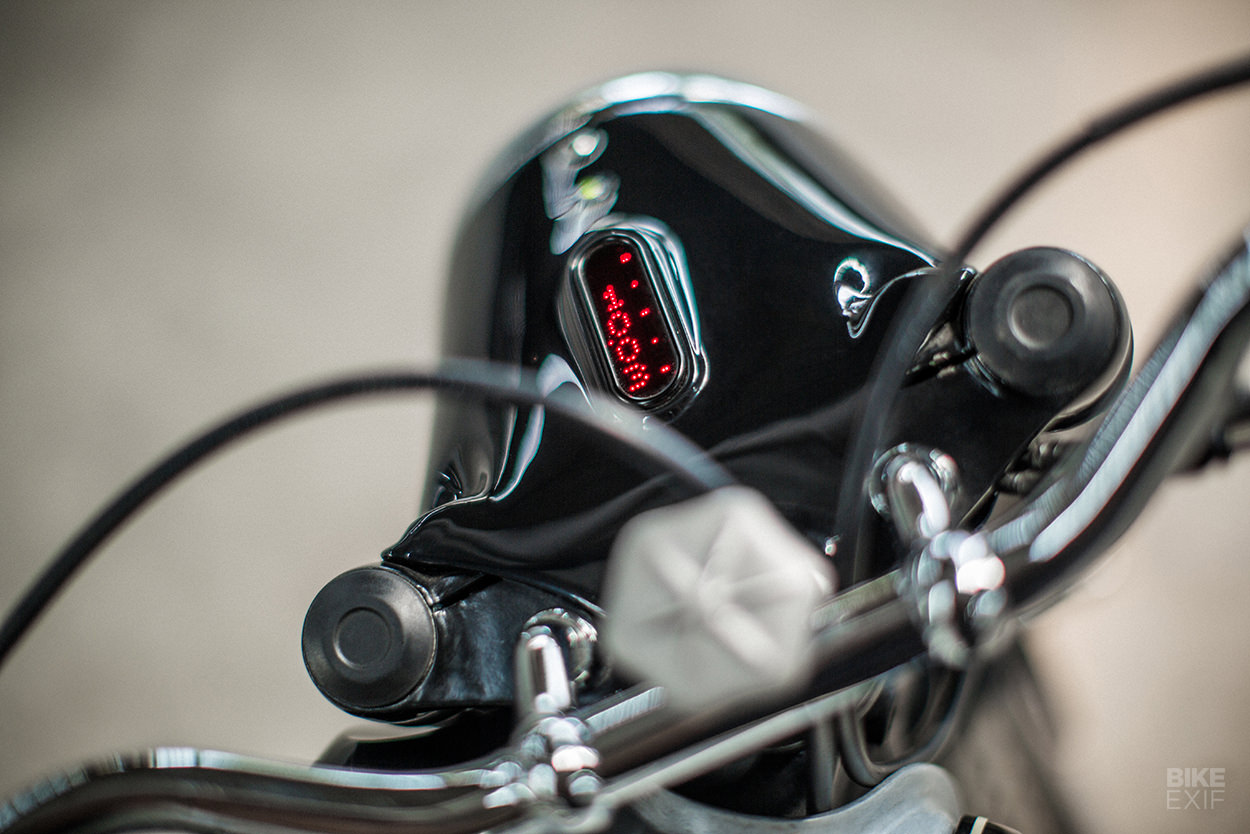 The beauty of the Thrive Workshop in Indonesia comes from the fact that they don’t follow trends or take shortcuts with their custom creations: each new build has an original vision behind it, matched to exquisite detail work. The R51’s frame, which can trace its lineage back as far as 1935, was certainly an interesting concept to tweak and they began to play around with visual illusions, looking for ways to add a twist to the aesthetics and it’s definitely mission accomplished so far as that’s concerned.

Much more evolution than revolution, the design of this Thrive 1951 BMW R51 RESTOMOD is quite subtle in nature. They started by crafting slim new bodywork out of aluminium sheet. The squared-off tank cover echoes the shape of the original engine, but courtesy of a clever paint on top of the brushed metal, it draws the eye towards the iconic plunger shocks. Hand-beaten aluminium was also utilised for the rear frame cover and the housing for the Daymaker Projector LED headlamp, alongside a custom battery box. 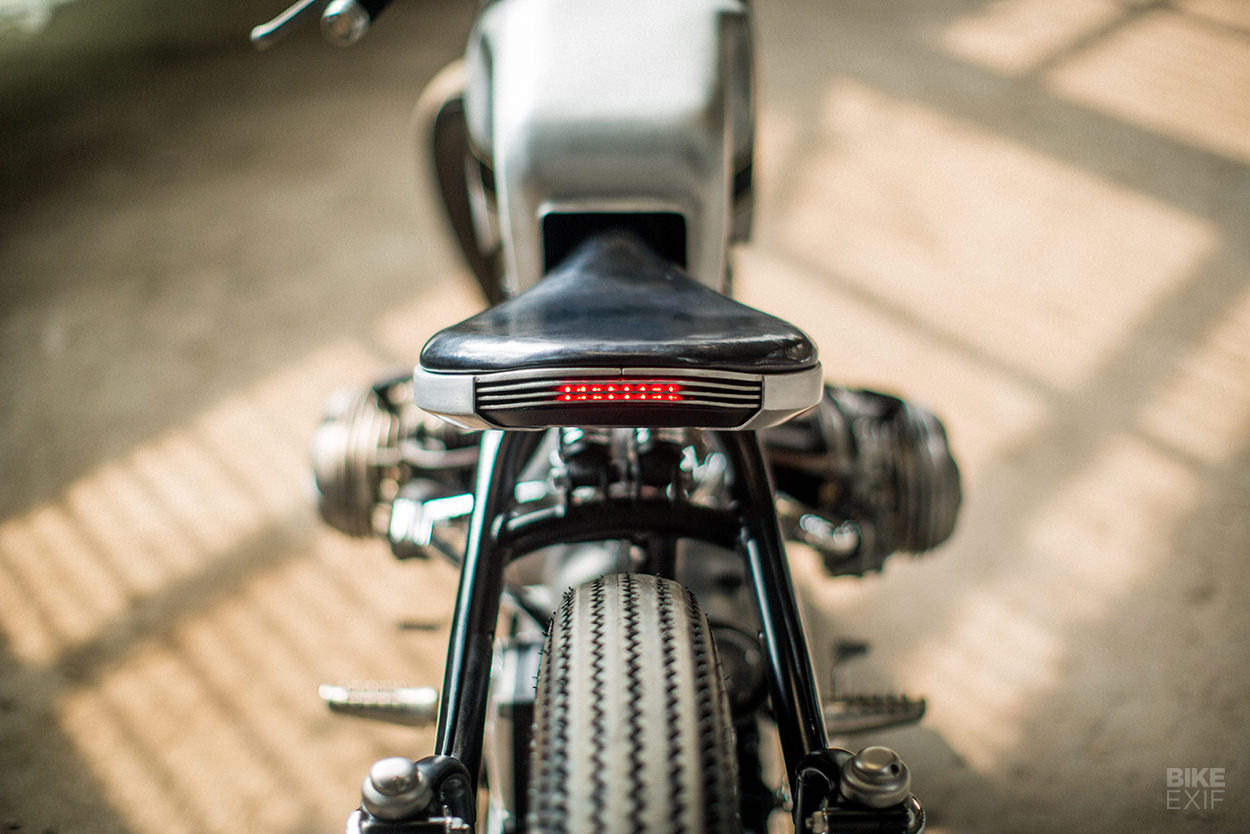 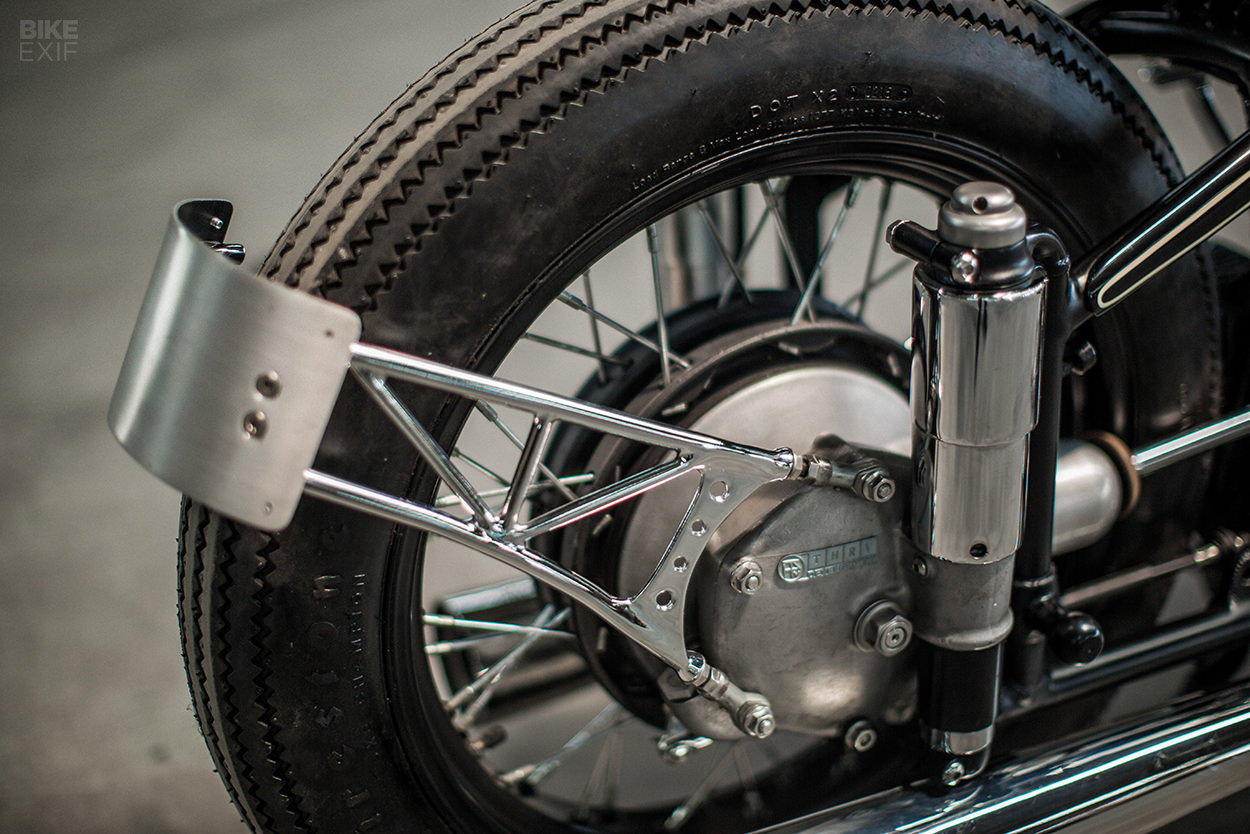 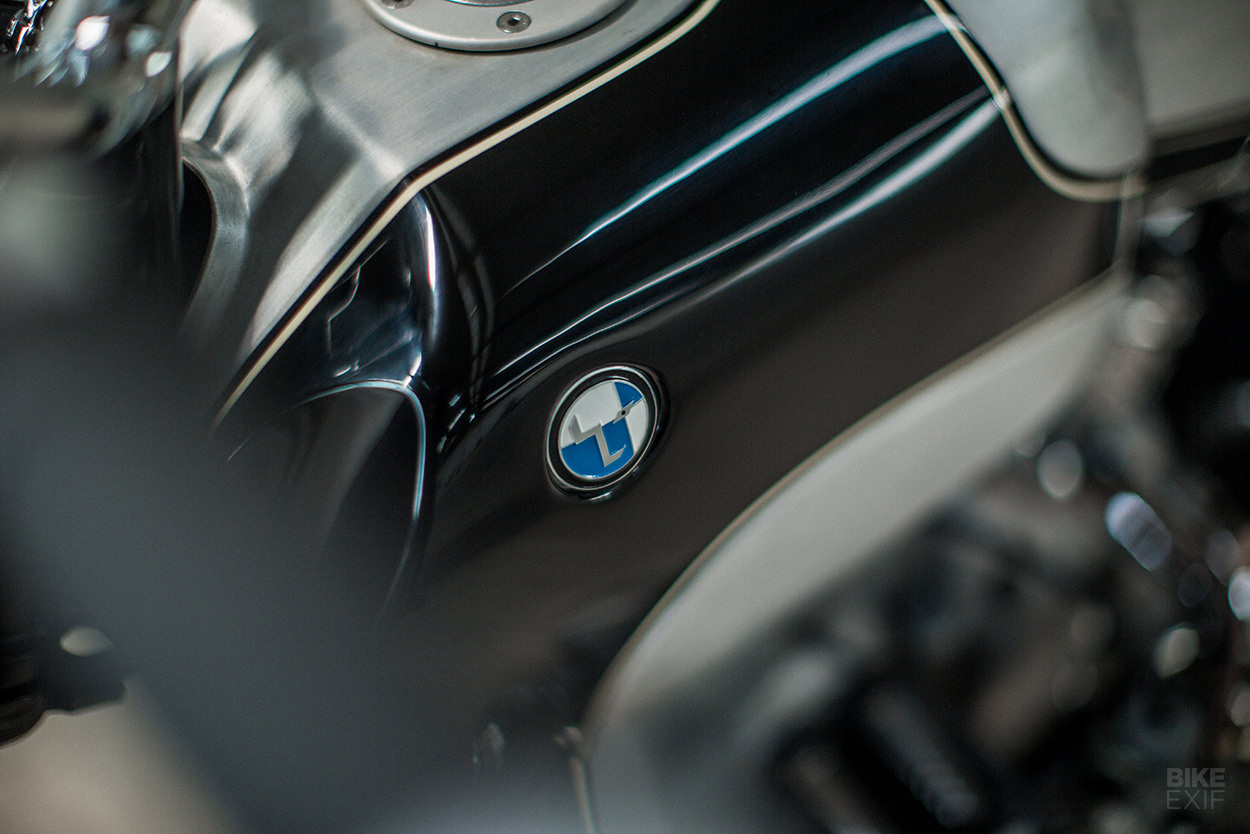 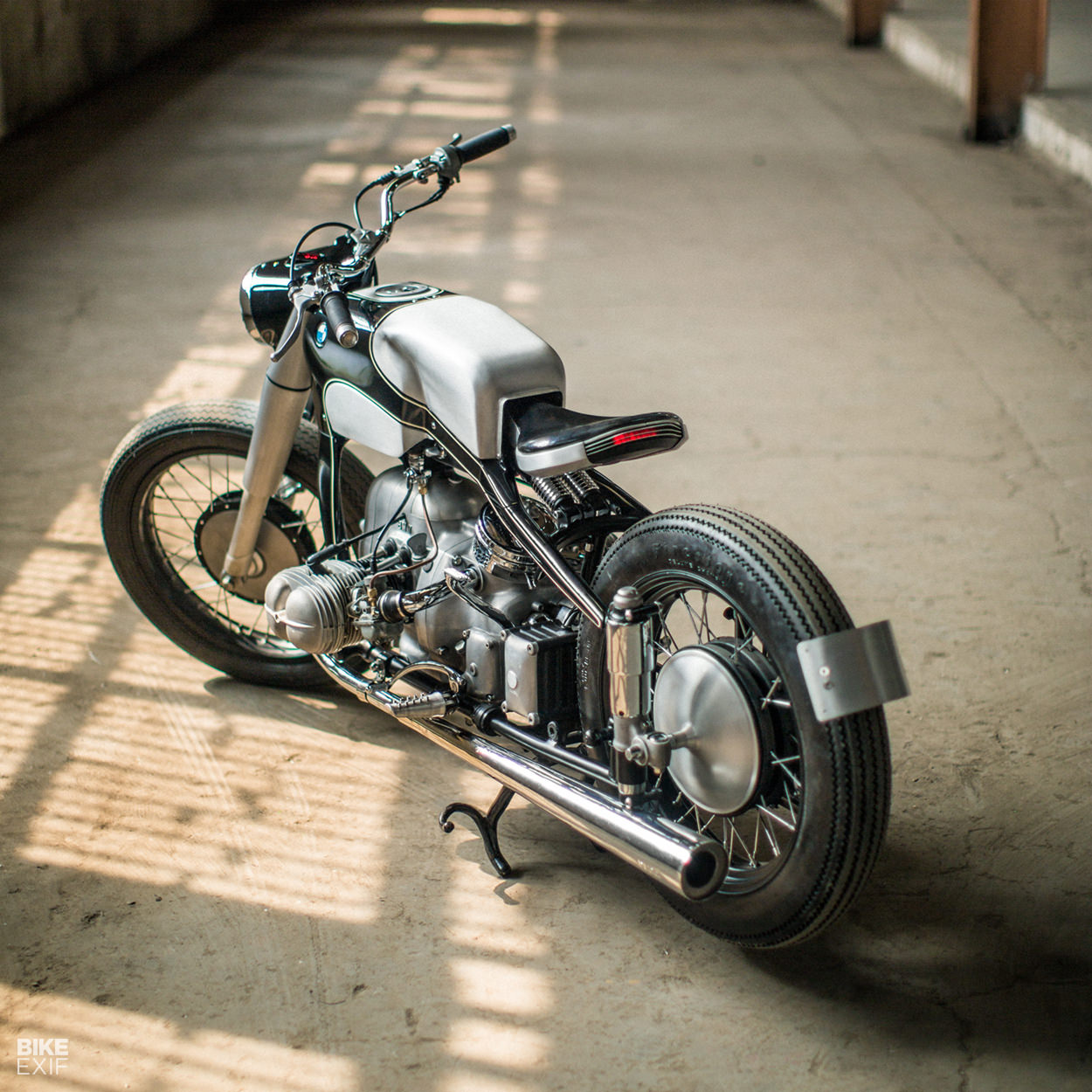 Thrive have also machined smooth new covers for the front suspension of the bike and overhauled smaller parts like the license plate bracket, kickstand and rear hub cover. The front drum brake has been swapped out for a vintage Honda item, which looks a little more balanced on this magnificent build. There’s a new seat unit, which isn’t too far from the original ‘tractor’ style BMW seat. It’s the same style, but brought into the 21st century with a sleek aluminum base that also houses the LED brake light.

5 of the best Backpacks from Huckberry

Backpacks are, of course, the most commonly used and versatile type of carry for most men and finding your next one will be a… 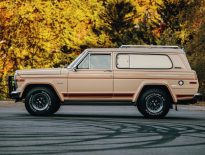 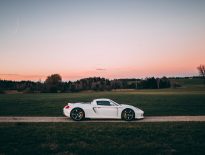