Once again, Kickstarter has left us mighty impressed with the calibre of timepieces that can be found on their crowdfunding platform and the latest timepiece to have captured our attention here at Coolector HQ is the supremely stealthy and stylish looking Unity Phantom GMT Watch which is crafted from grade 5 titanium and is about as robust as it gets so far as watches are concerned. 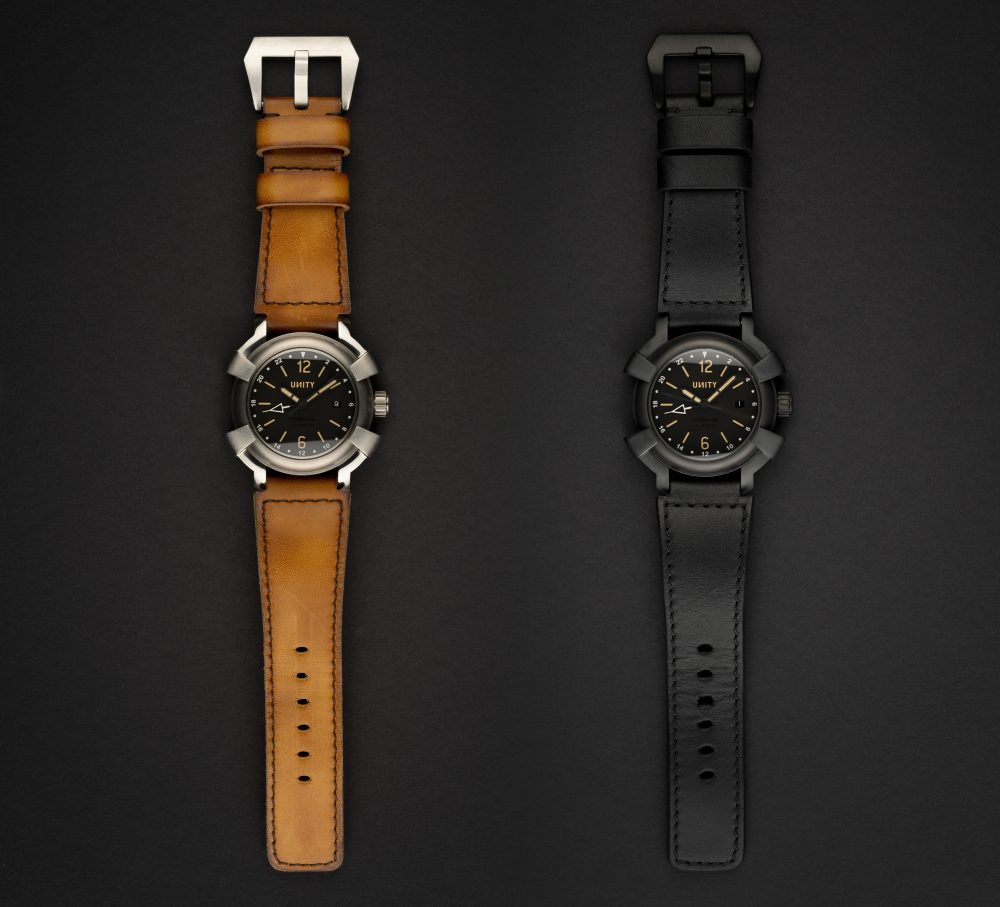 Available for the mighty impressive price tag of just £690 during the Kickstarter campaign, the Unity Phantom GMT Watch is a limited edition offering that is abundant in quality and first class craftsmanship and it’s unusual to get your hands on a timepiece of this calibre for under £1000. It has a Swiss ETA 2893-2 movement which is one of the best in the business and you’ll find it difficult to find a more accomplished watch in this price bracket.

There is something about the aesthetic of GMT watches like this Unity Phantom on Kickstarter which really resonates with our sensibilities here at Coolector HQ and if you’re after a high quality but affordable option for your wrist, this has to be one of the best choices out there. It comes in two versions of finishes, limited to 30 pieces each and for this Kickstarter, they’re offering 20 and 15 units of each version so you’ll need to move quickly if you want to secure one for your wrist. 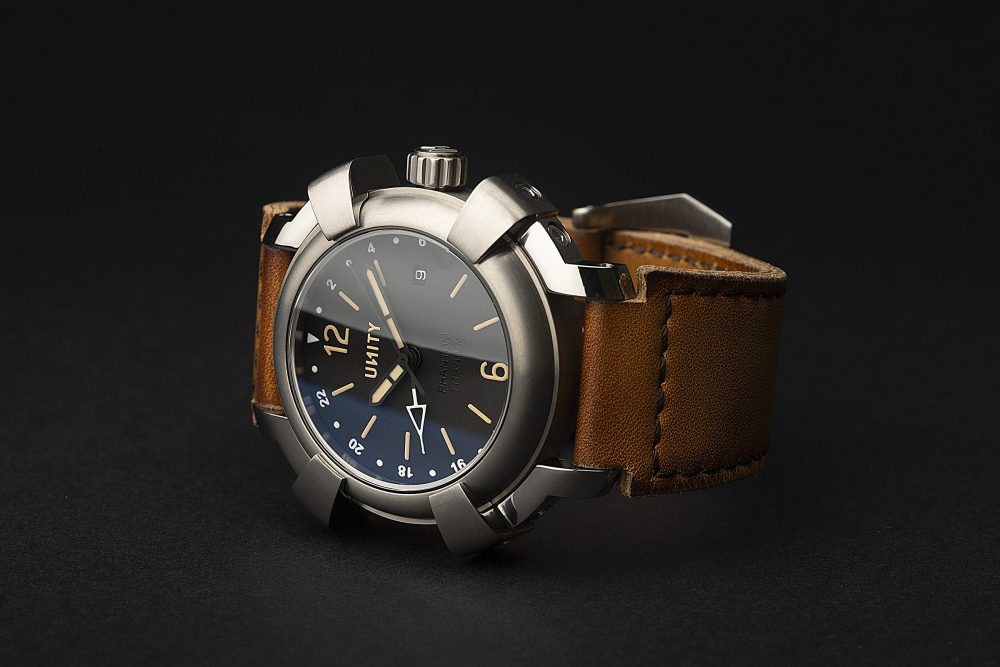 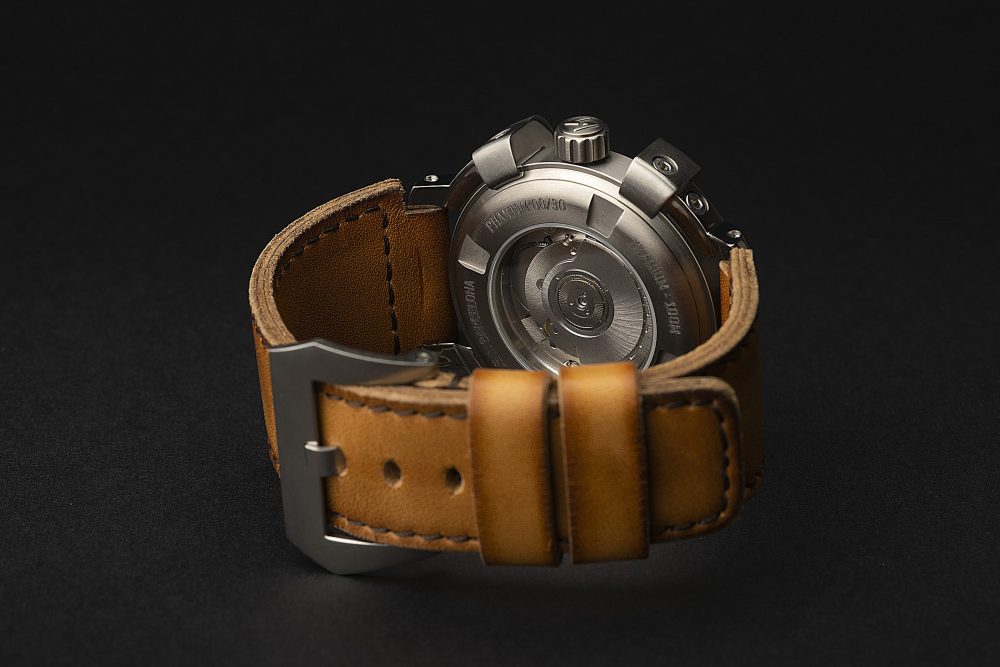 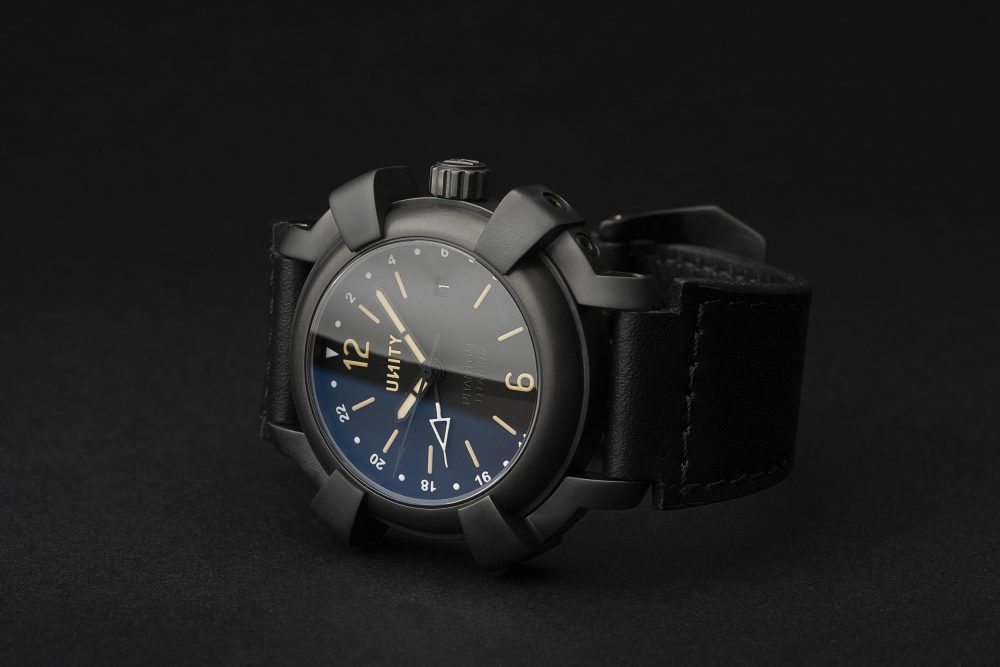 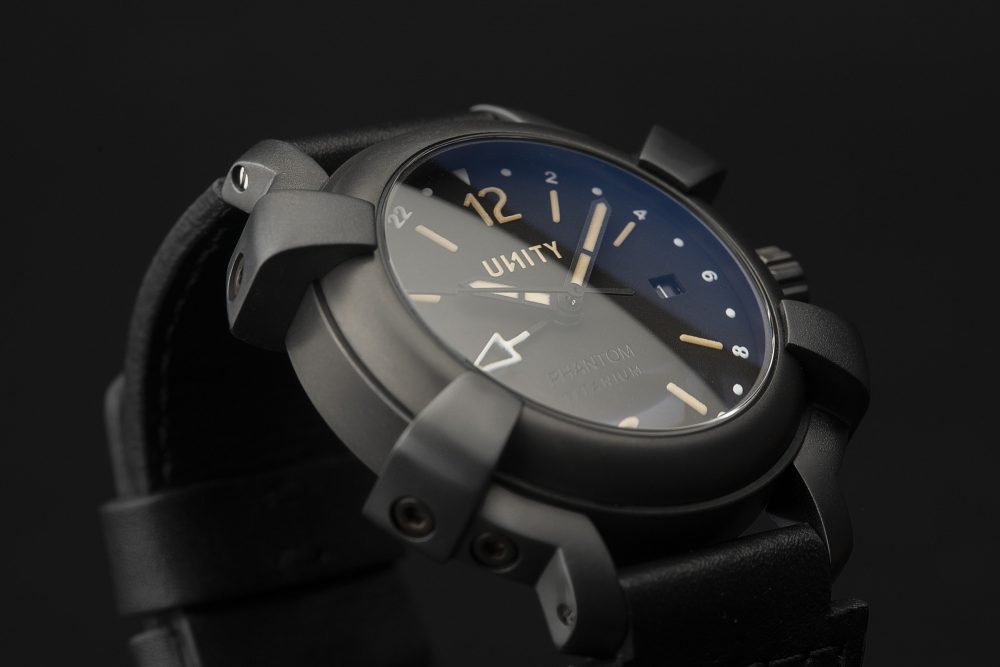 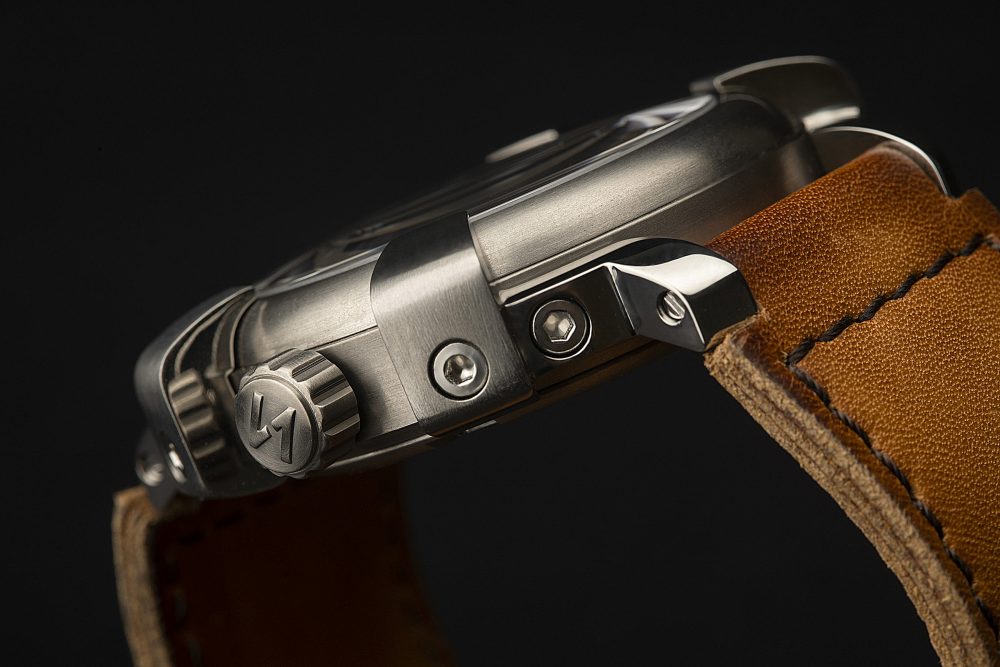 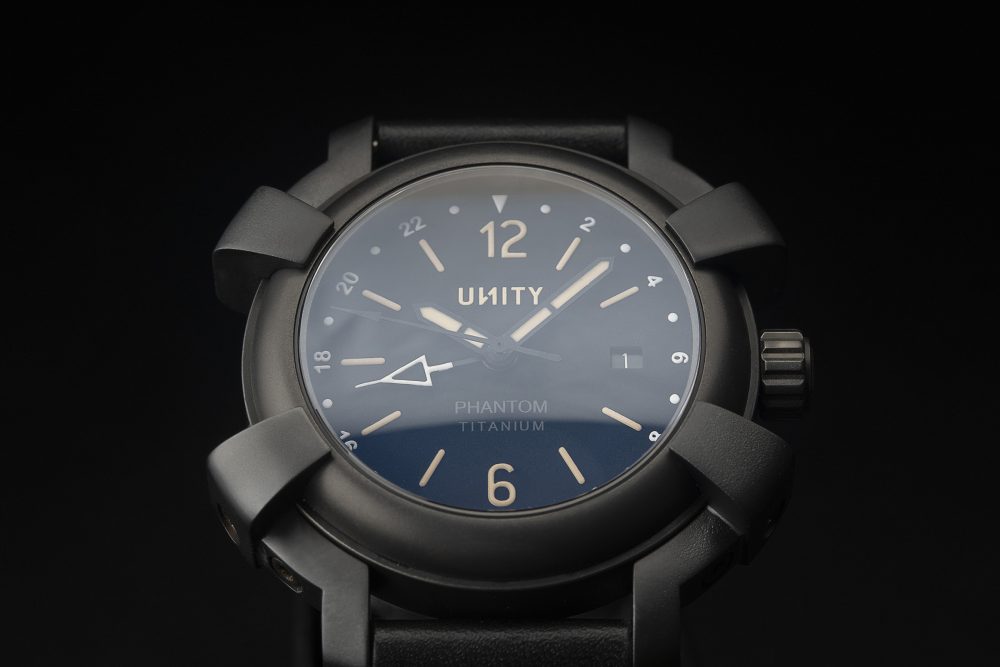 The Unity Phantom GMT Watch on Kickstarter (£690) comes in a titanium and titanium DLC version and it is grade 5 which is the strongest alloy on the market and weighs 60% less than steel. This striking timepiece has a back casing that guarantees 100 meters of water resistance and each watch is mounted on a sapphire crystal through which you can see the movement. Each unit of the two versions is numbered from 1 to 30. 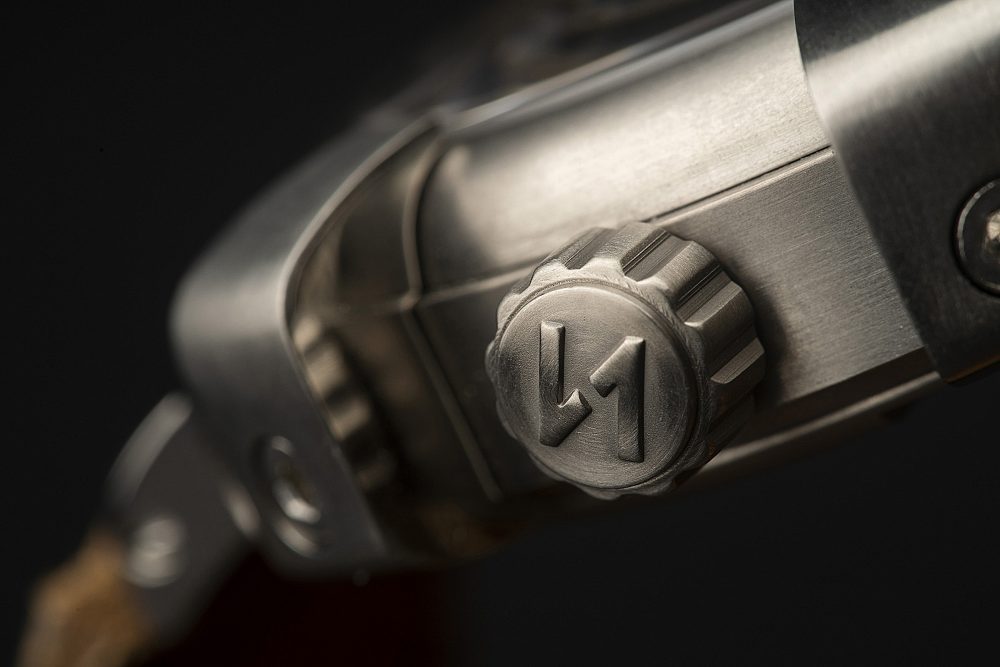 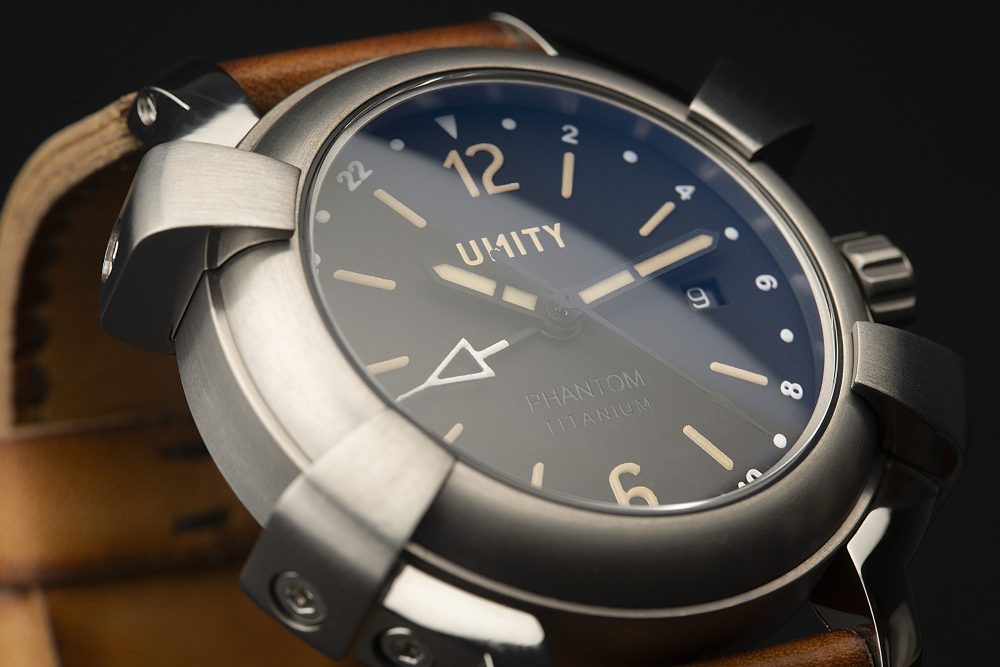 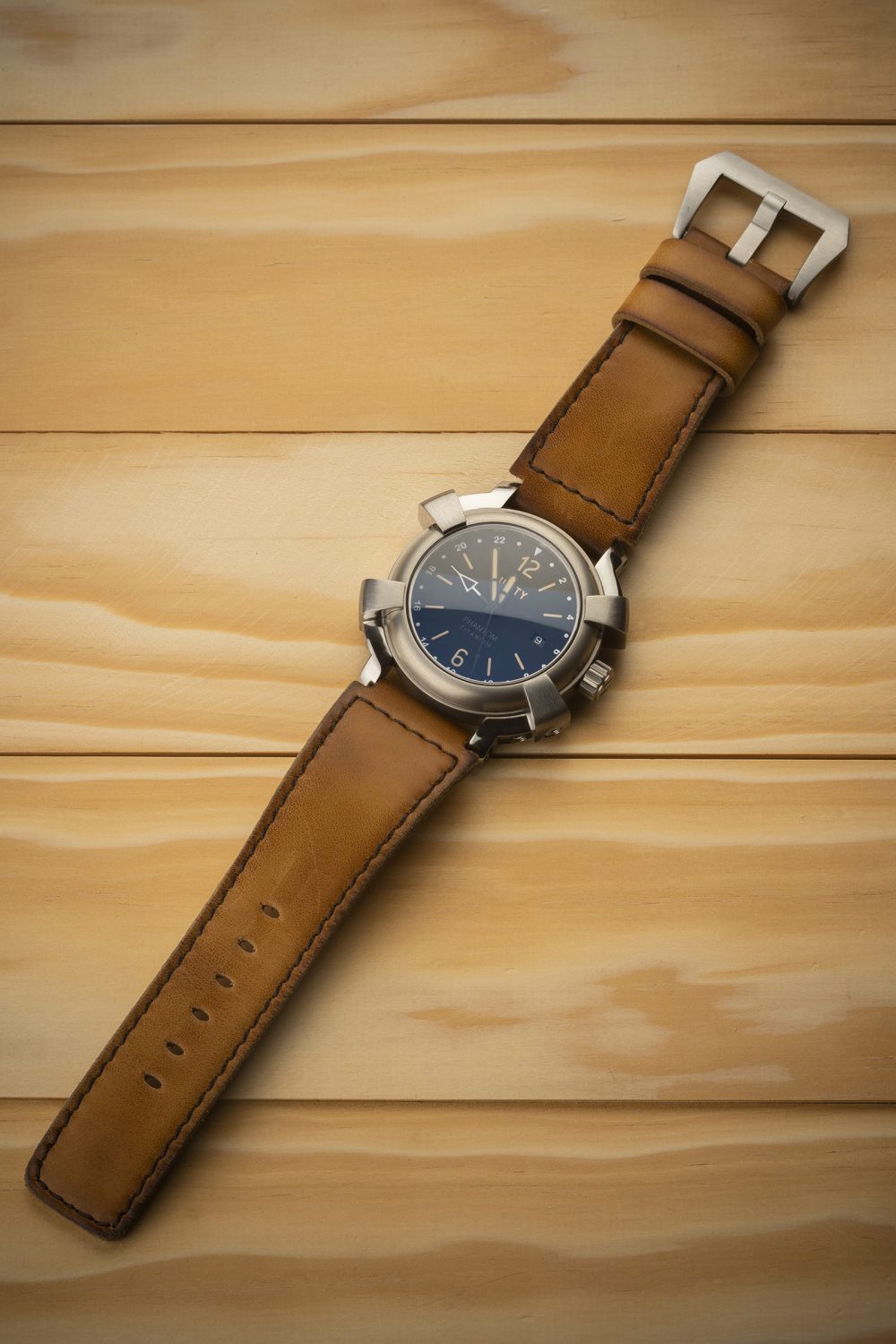 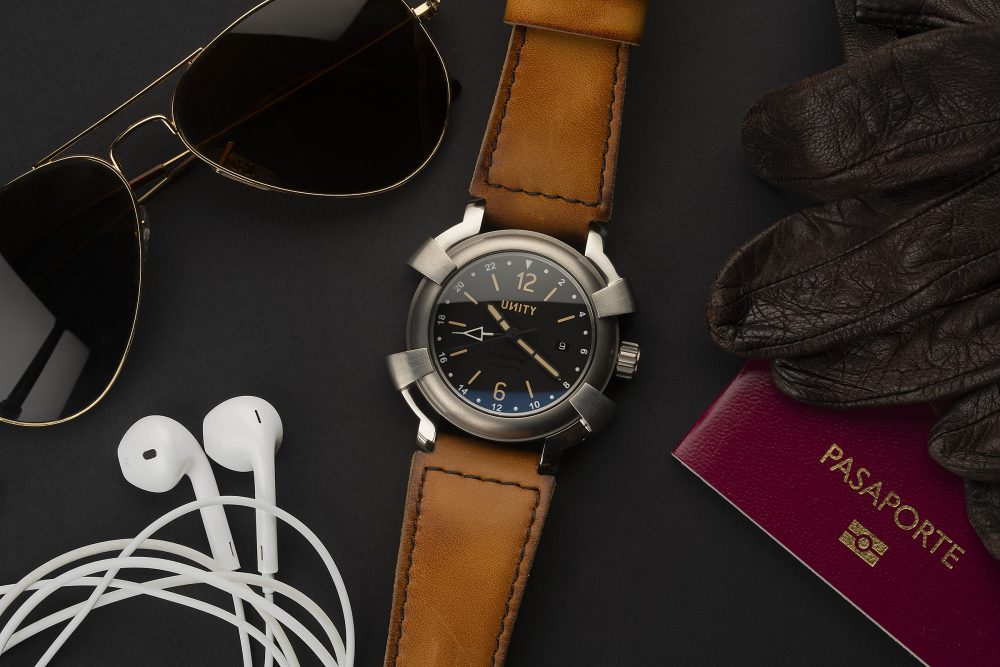 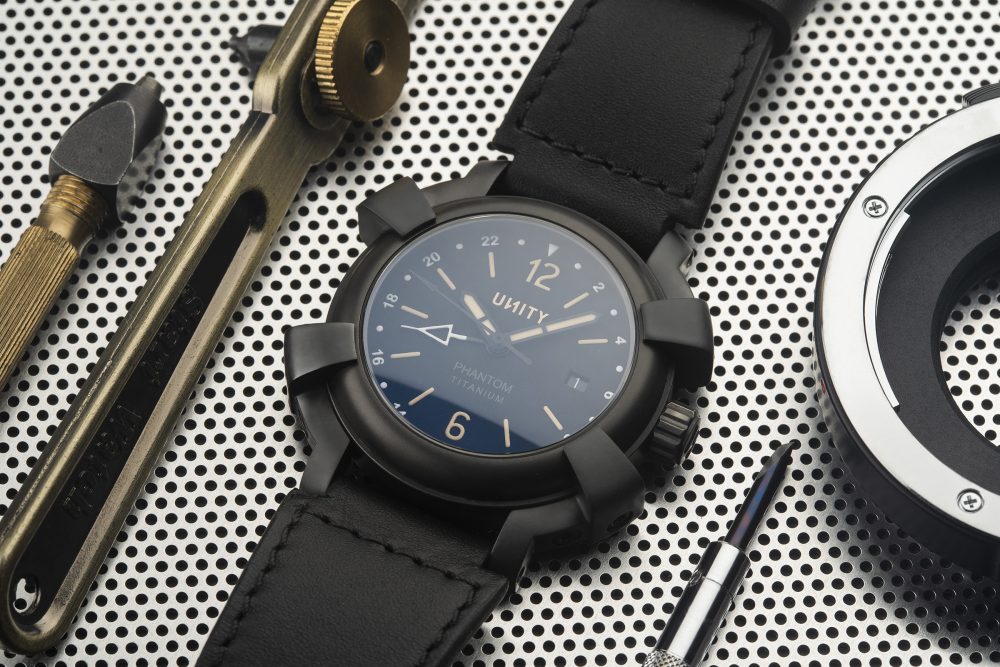 As with all watches, it is the movement that will be the first thing that horology fans look at and the Unity Phantom GMT doesn’t disappoint. It has a mechanical, genuine Swiss Made ETA 2893-2 movement that boasts 21 jewels and a frequency of 28,800 VPH. The watch has an impressive 42 hour power reserve and it has the sort of robust, uncompromising aesthetic that makes it ideally suited to those men who love to venture into the wild.

The dial of the Phantom GMT from Unity on Kickstarter immediately draws the eye and it has a minimalist design in matte black characterised by its clarity and readability, without unnecessary adornments. For the main time zone, Unity chose the exclusive lumen GL old radium in tan, which perfectly integrates with the black of the face. The GMT time zone is calibrated in 24-hour format in a simple white color with C1 lumen. 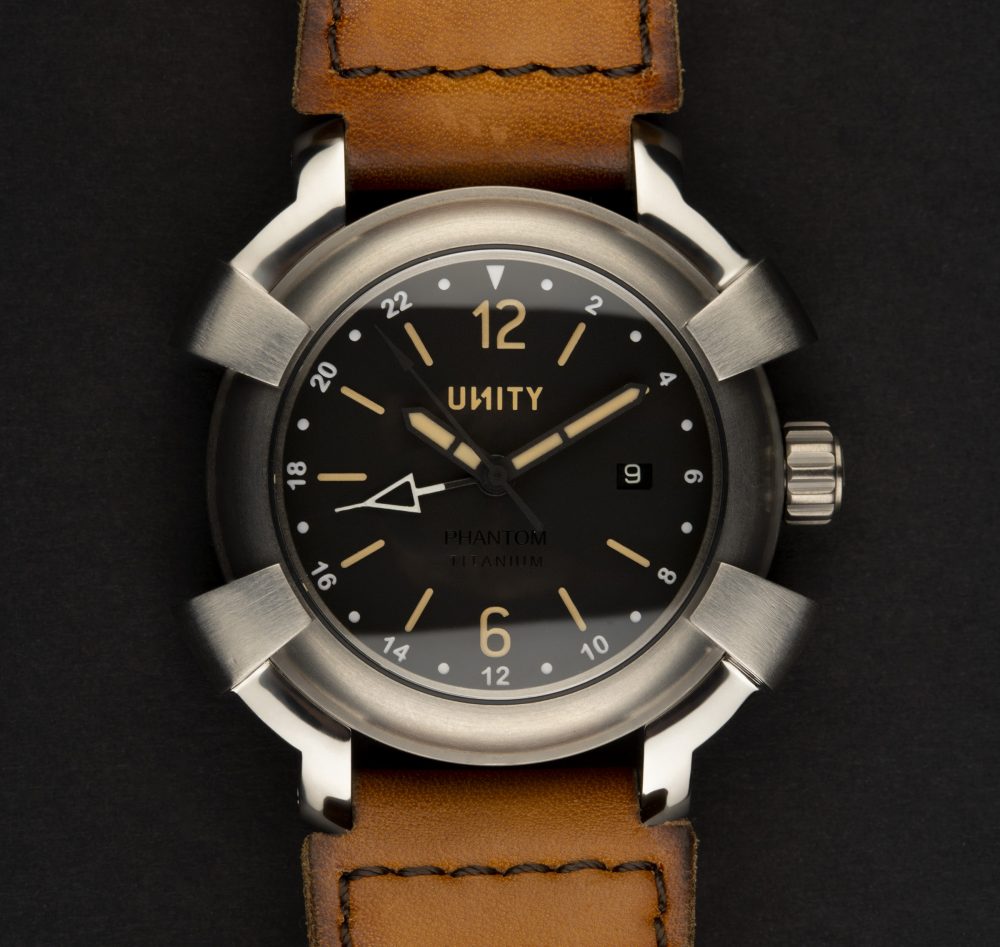 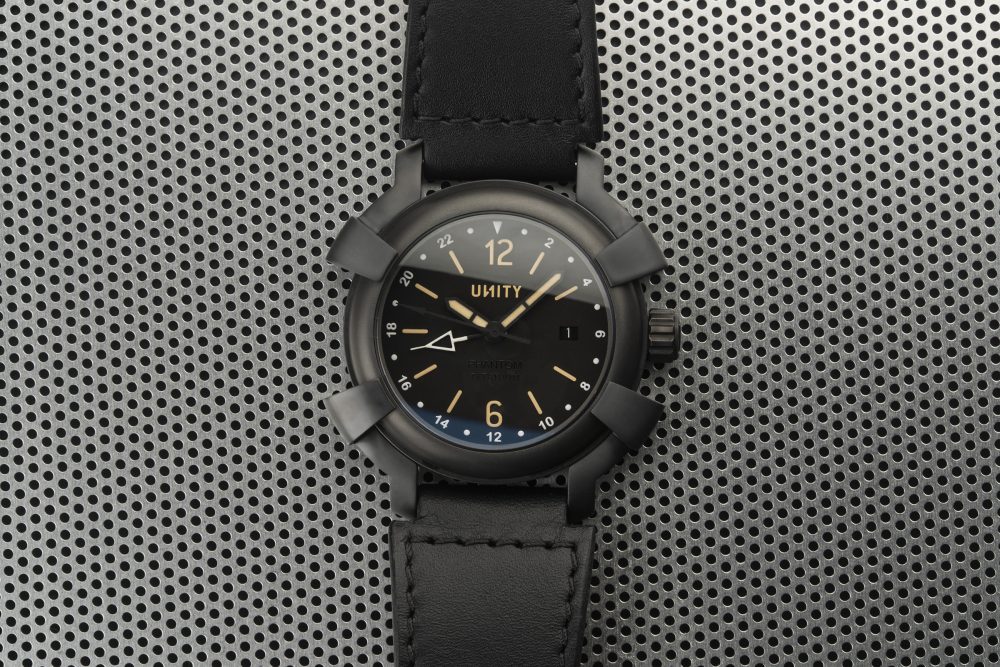 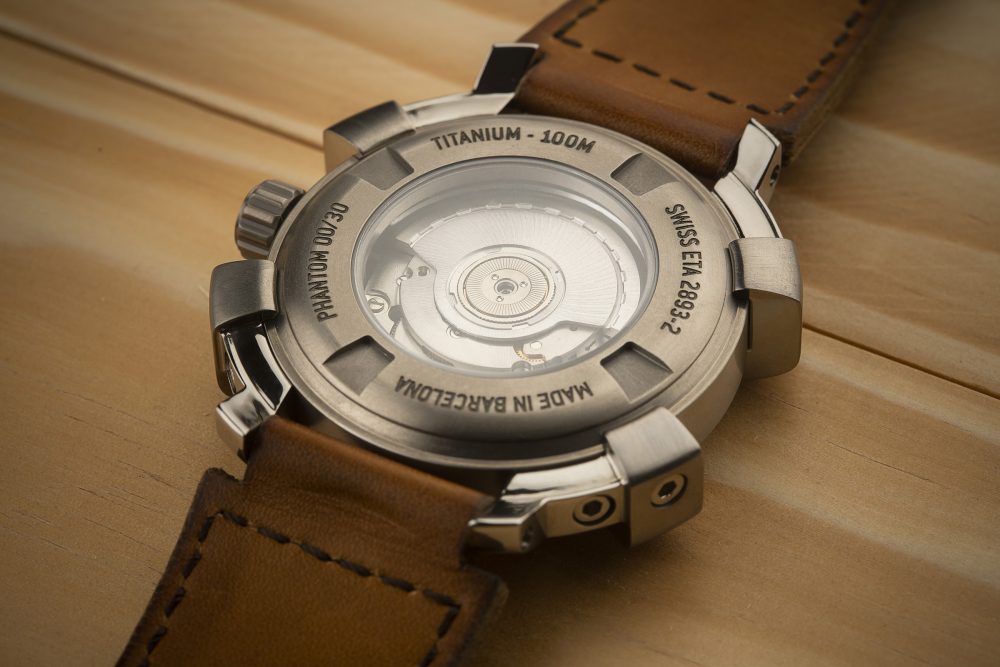 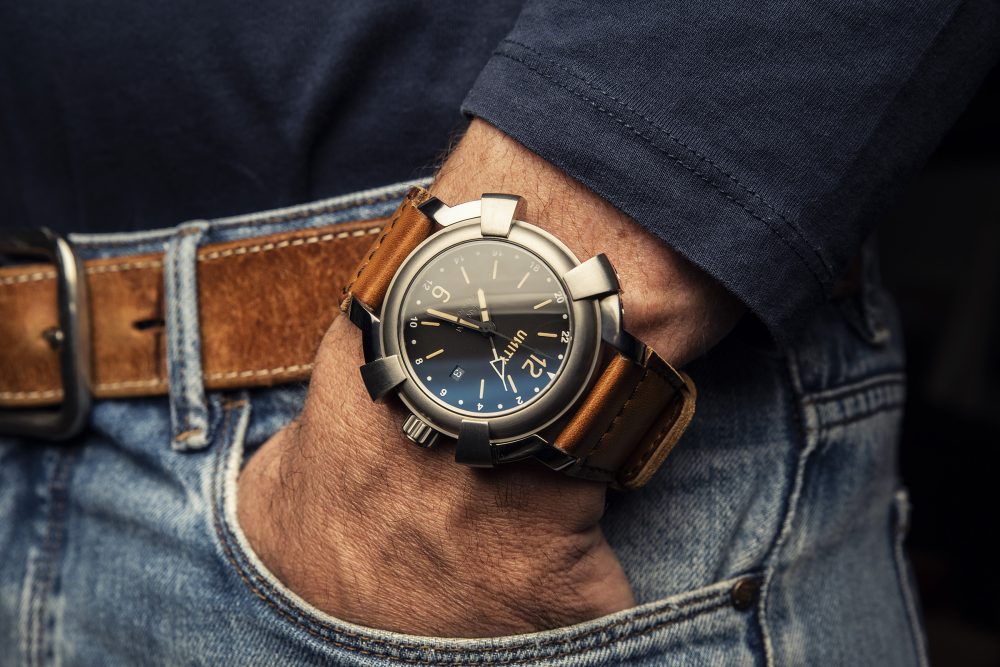 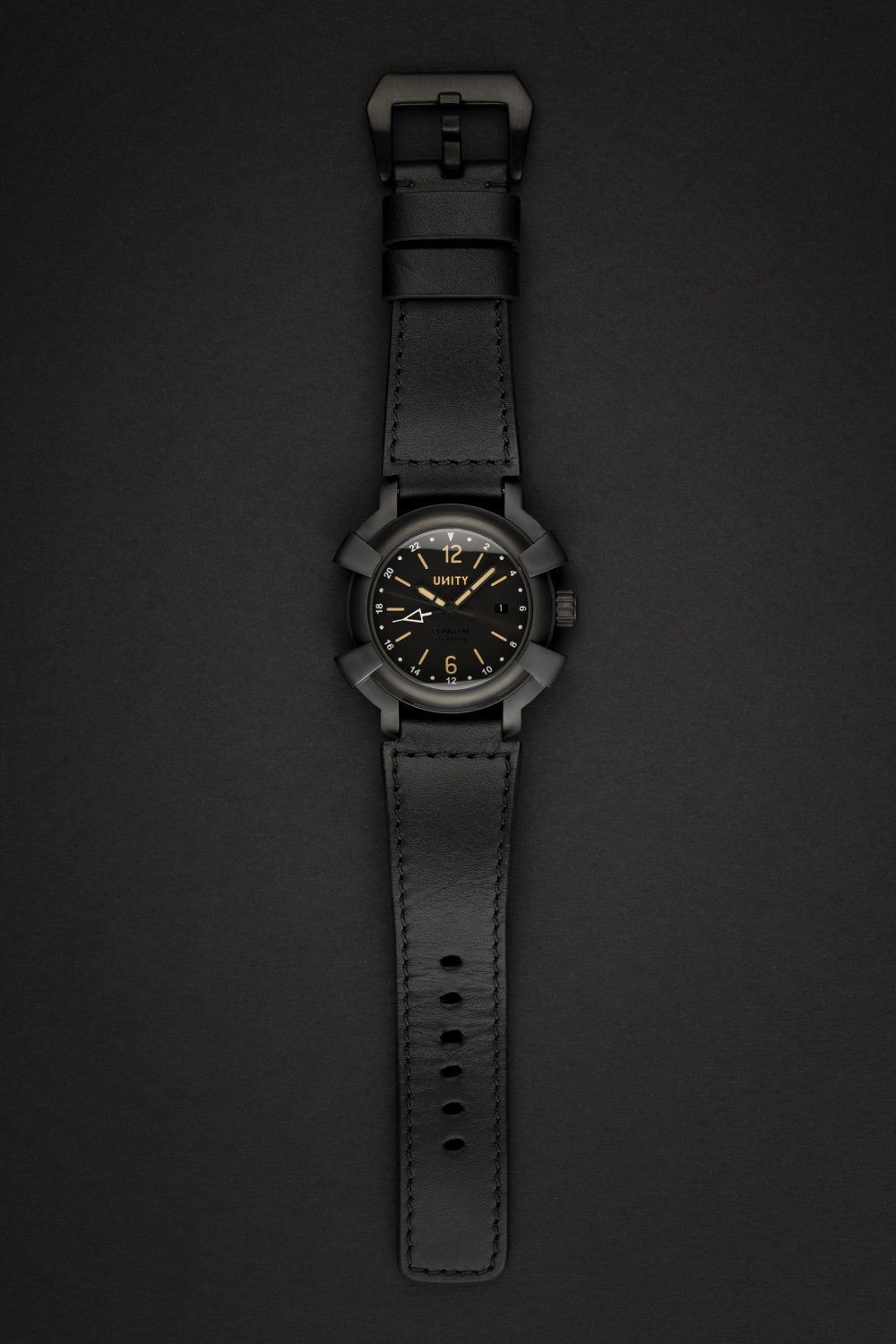 Available for under £700, the Unity Phantom GMT Watch has understandably proven to be mighty popular over on Kickstarter and is rapidly closing in on its funding target. It’s a classy looking timepiece which is made from wonderfully robust titanium and utilises one of the finest movements on the market – what’s not to like? Head on over to Kickstarter to bag yours now before this limited edition is all gone.