Motorbikes are increasingly becoming an obsession of ours here at Coolector HQ and whilst we’re not licensed to ride one currently, the prospect of road tripping aboard a stunning steed is one that constantly preoccupies our thoughts. It’s because of awesome looking rides like these Venier Tractor Motorcycles that we’ve become so moto besotted and for anyone with a love of classic style steeds, these motorbikes will be right up your street as well. 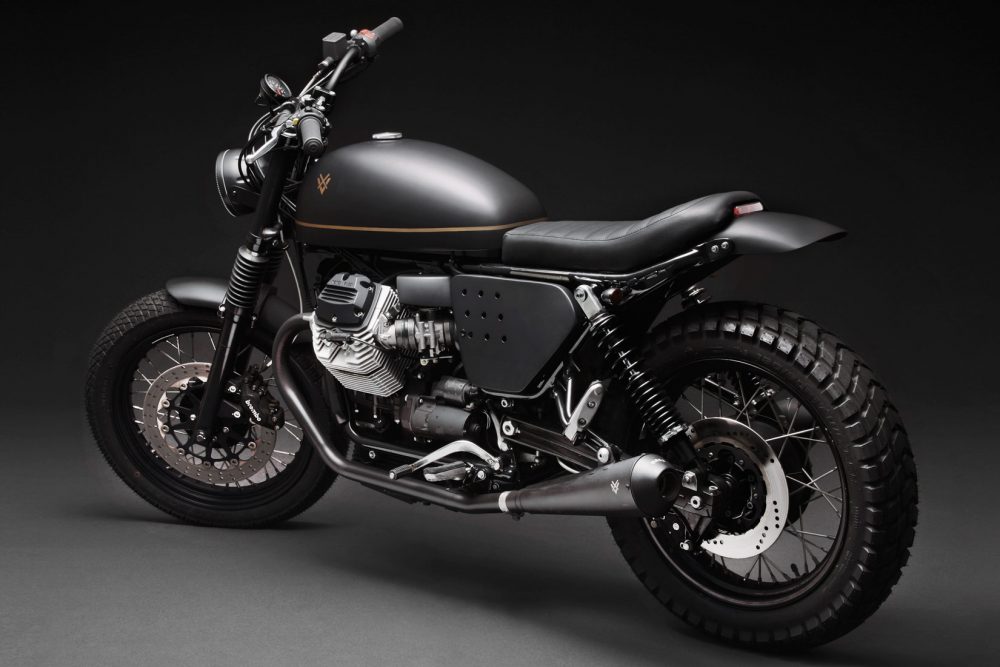 Venier are an Italian motorcycle workshop founded by Stefano Venier, a motorcycle designer and enthusiast, back in 2012. They are now based in New York, and the company exports custom motorcycles all over the world such as these spectacular Venier Tractor Motorcycles. Venier has honed his focus on a profound exploration of contemporary design and traditional aesthetics, something that is clearly evident in the small number of custom motorcycles crafted from vintage and new motorcycles already existing in the market.

Only high quality materials, mainly aluminum and carbon fiber, are used in redesigning the aesthetics, components and chassis of the Tractor Motorbikes from Venier and their quality is tangible to say the least. Venier have rapidly established themselves as one of the most acclaimed custom motorcycle designers in the world with publications in more than 20 countries and participation in the most prestigious exhibitions of the US industry and Europe. They are continually engaging in new projects and exciting collaborations as their bikes become more and more well known throughout the world. 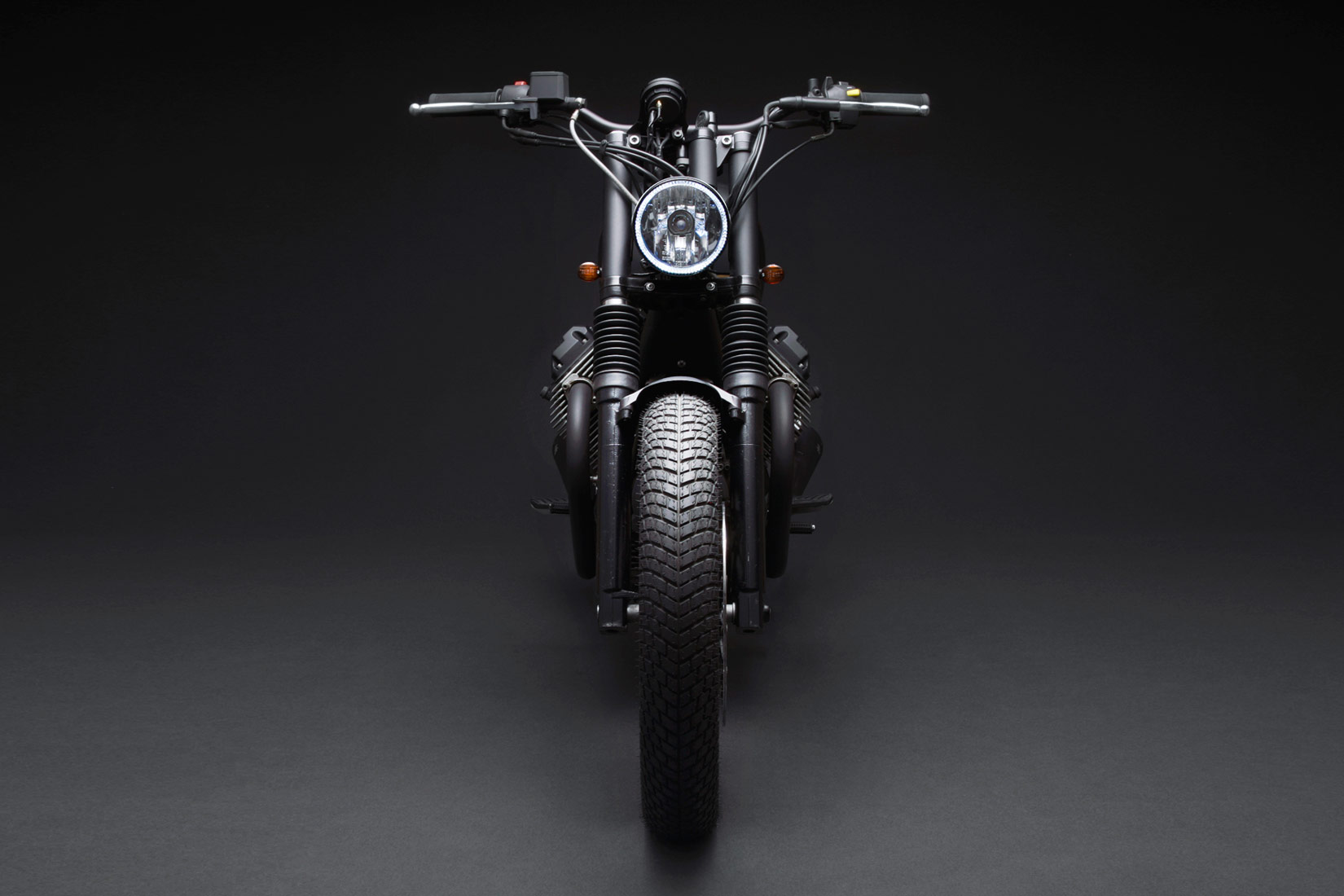 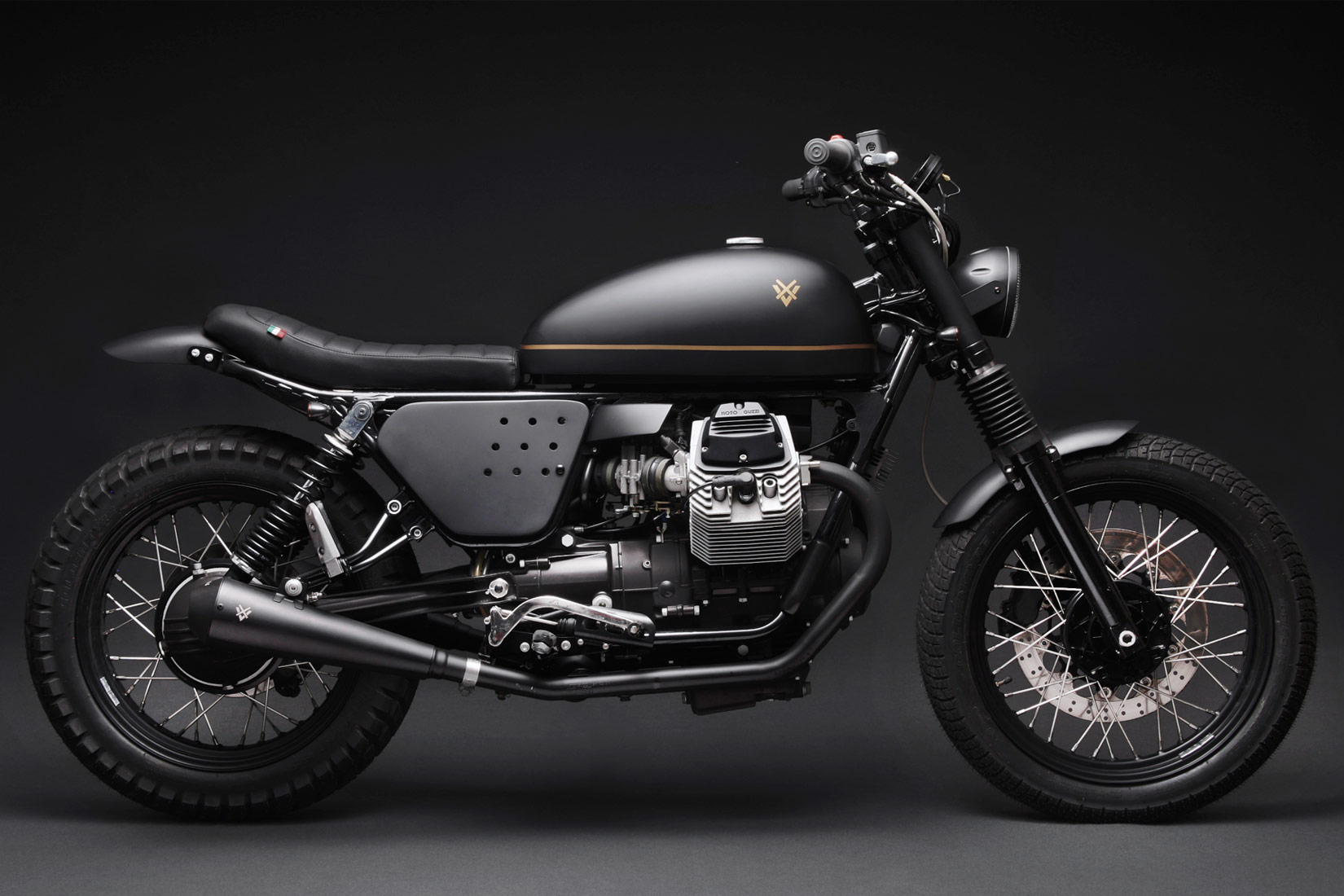 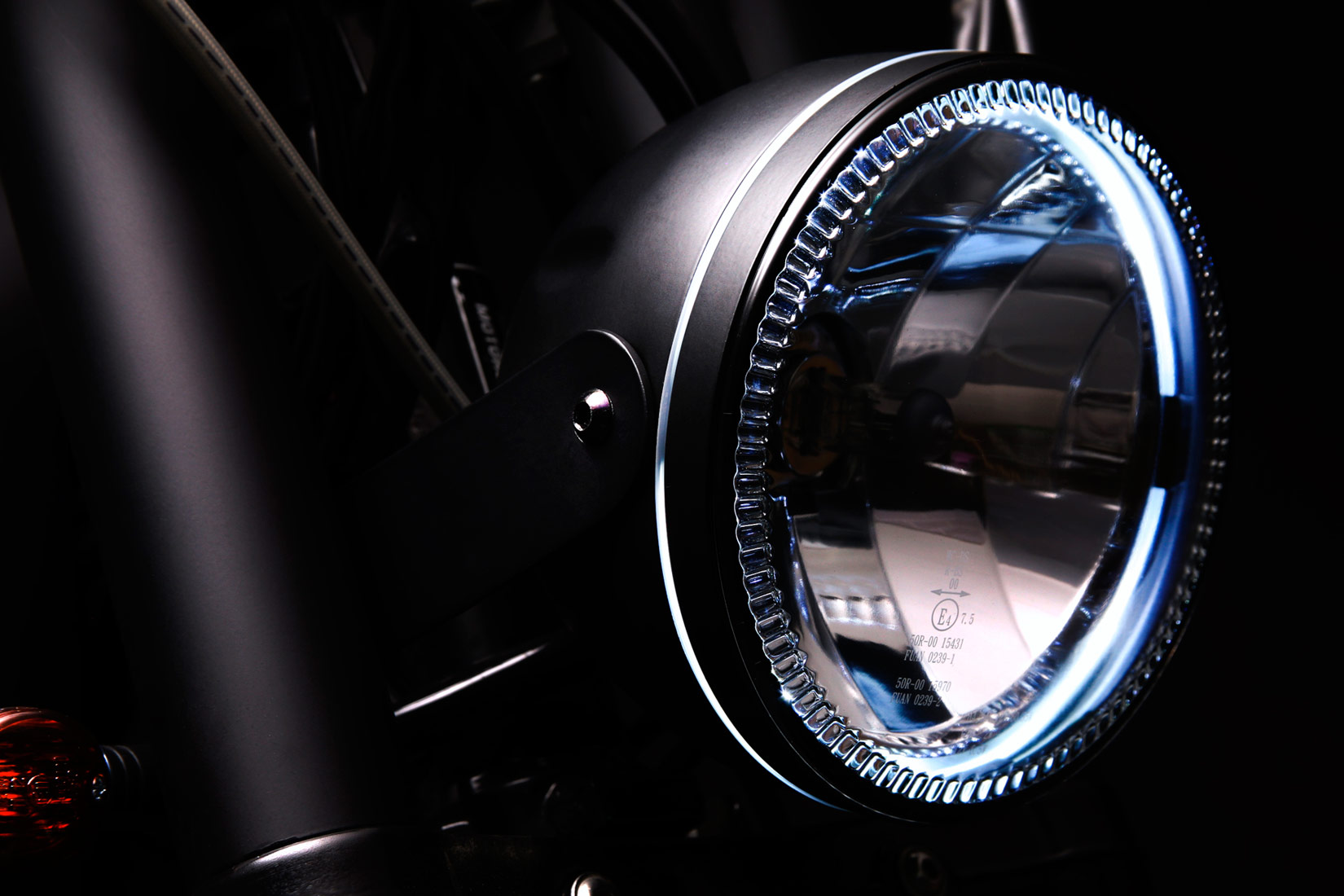 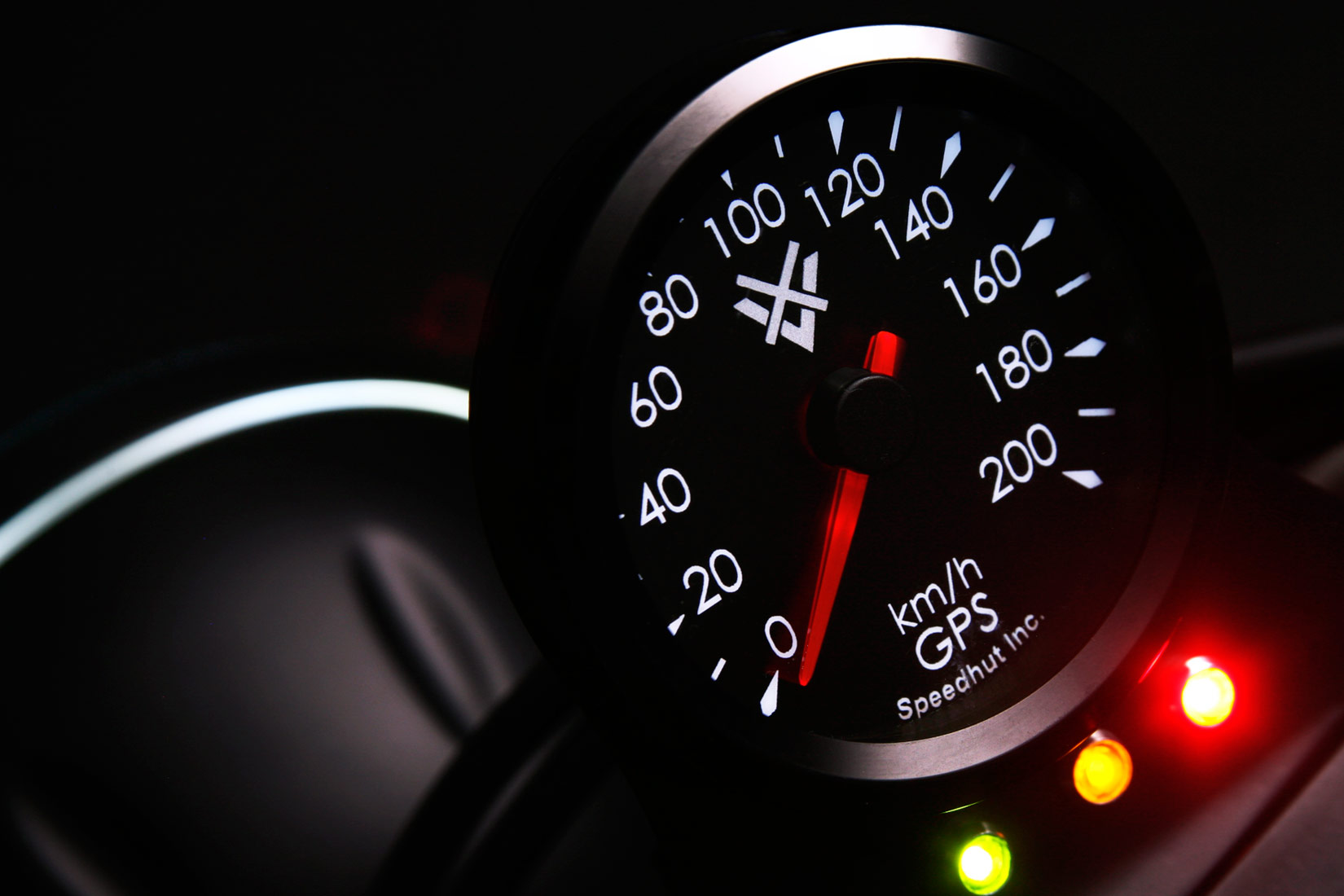 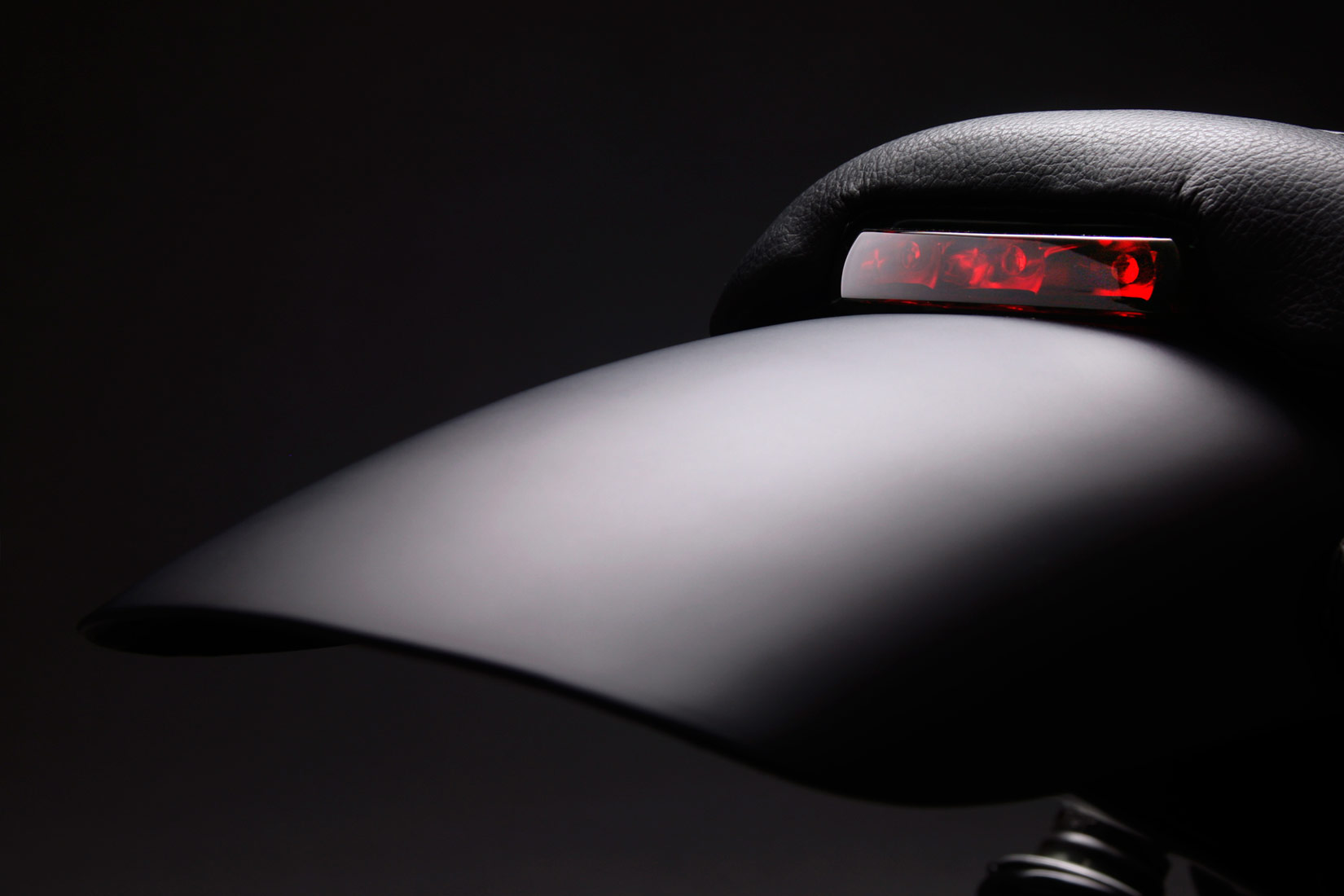 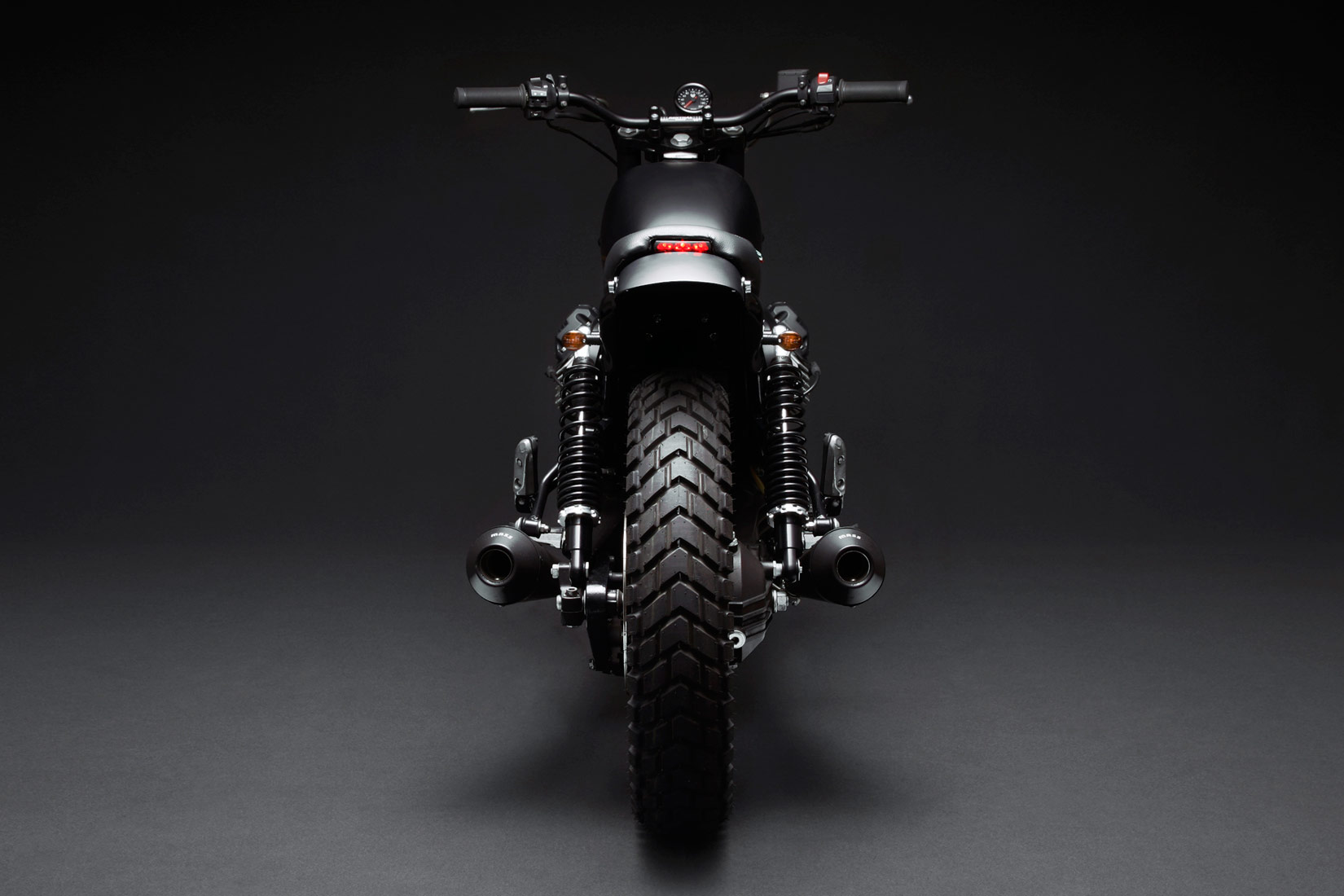 The Venier Tractor Motorcycles are one of the workshop’s flagship offerings and, as you can patently see, they hit a home run right off the bat. These incredible contraptions have a supremely stylish aesthetic and first class components which combine to make them one of the most sought after motorbikes on the market. There are four different versions of the Tractor Motorbike to choose from and they each have their own distinctive colourway that sets them apart from one another and it is Tractor 03 that has caught our eye the most here at Coolector HQ. 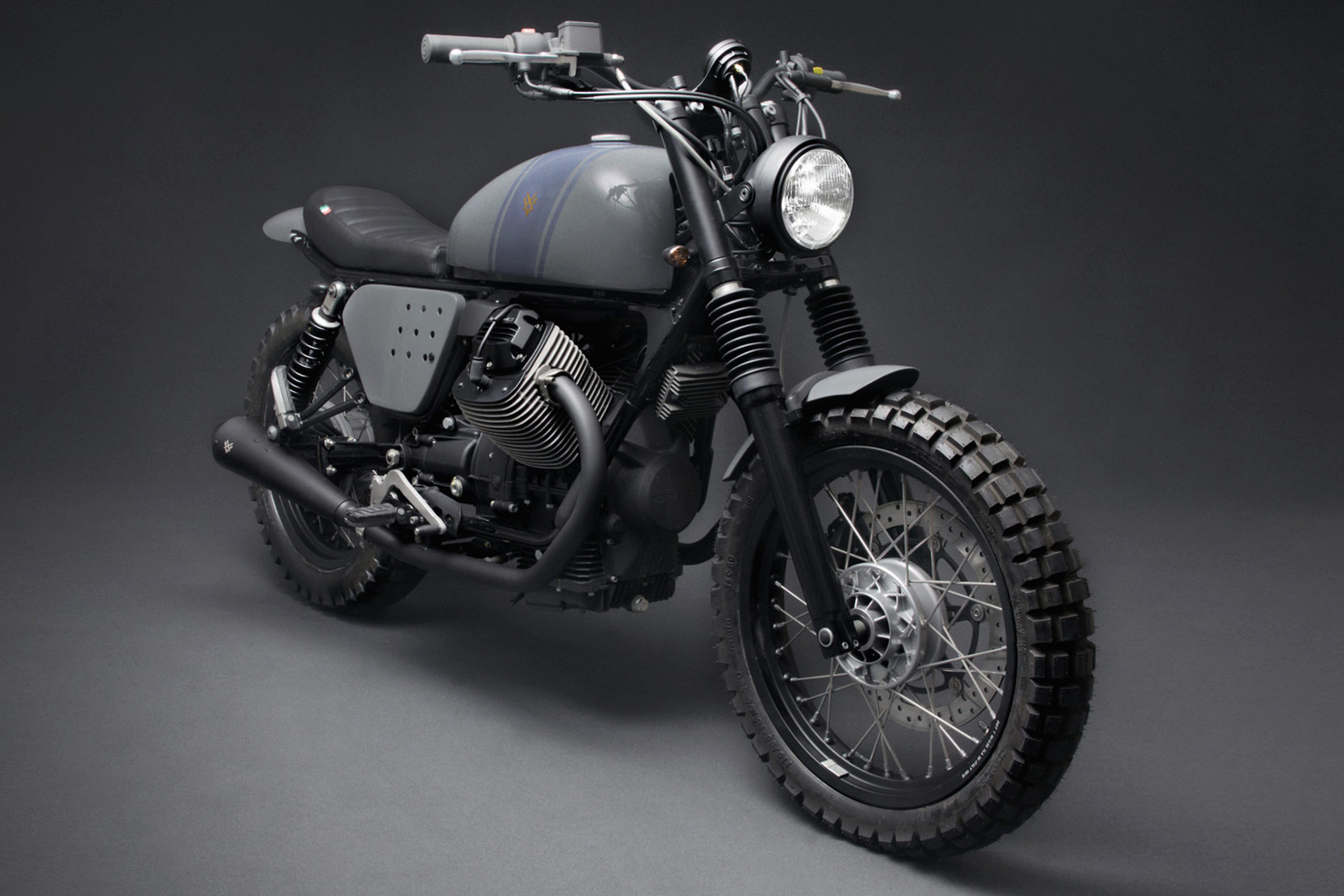 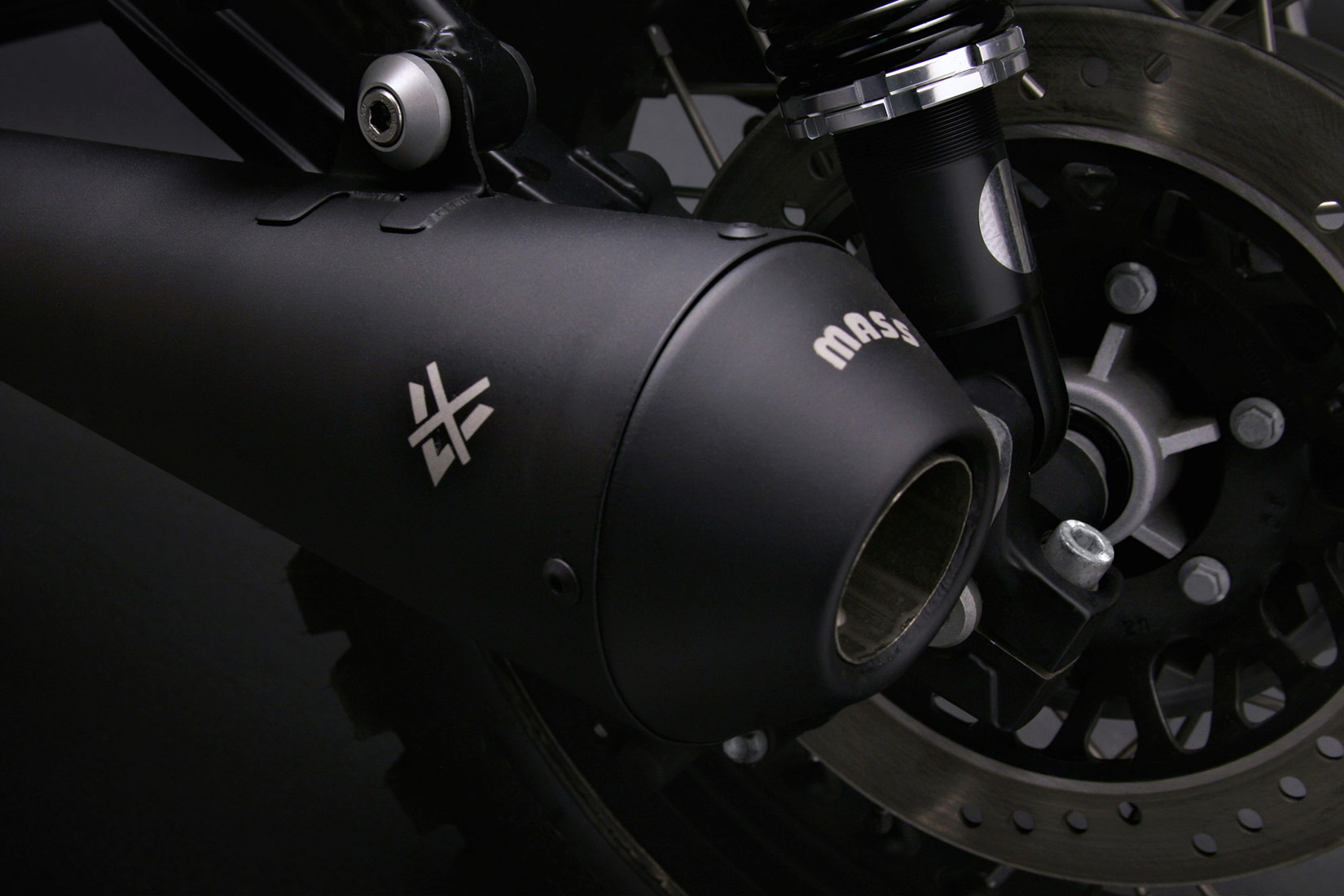 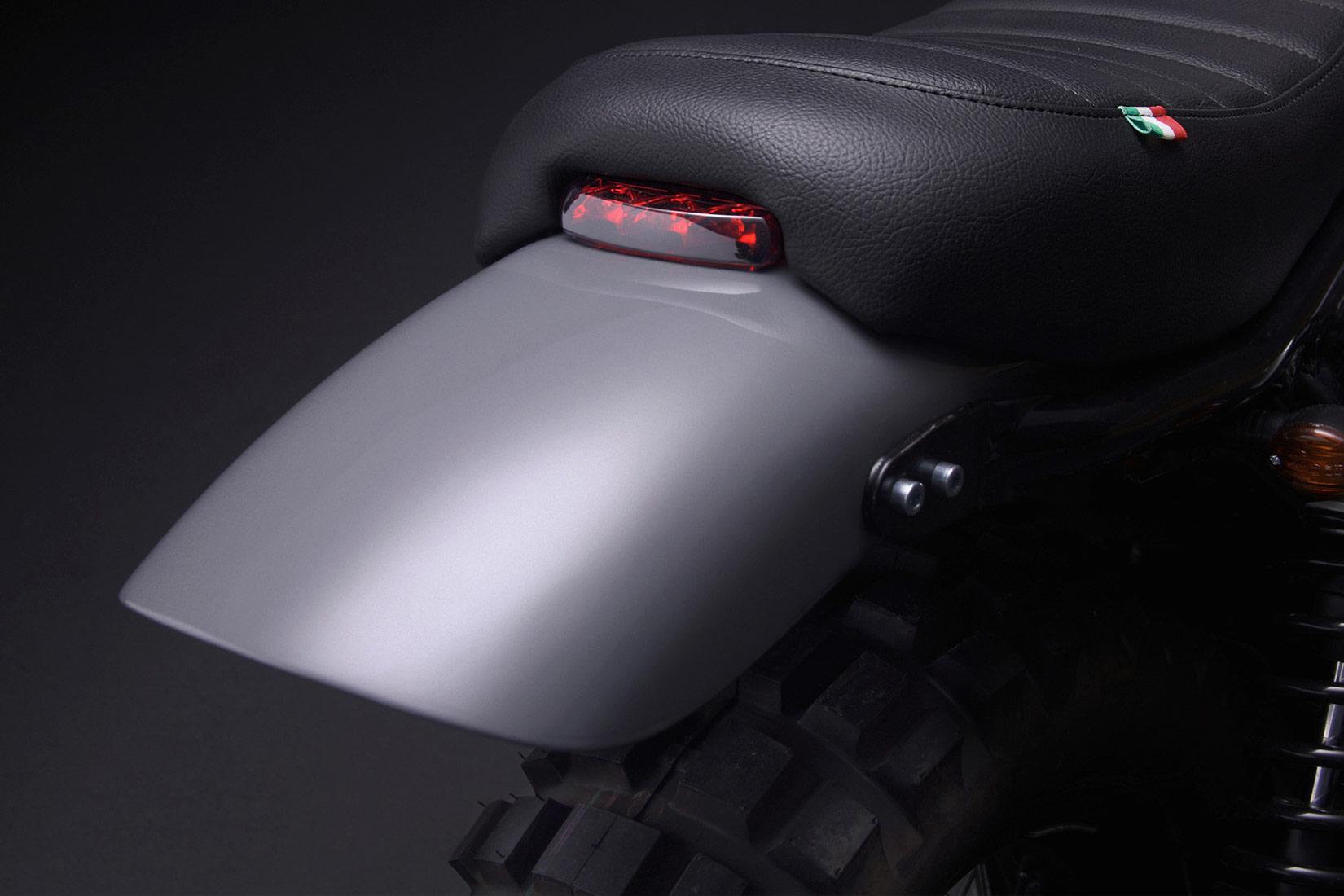 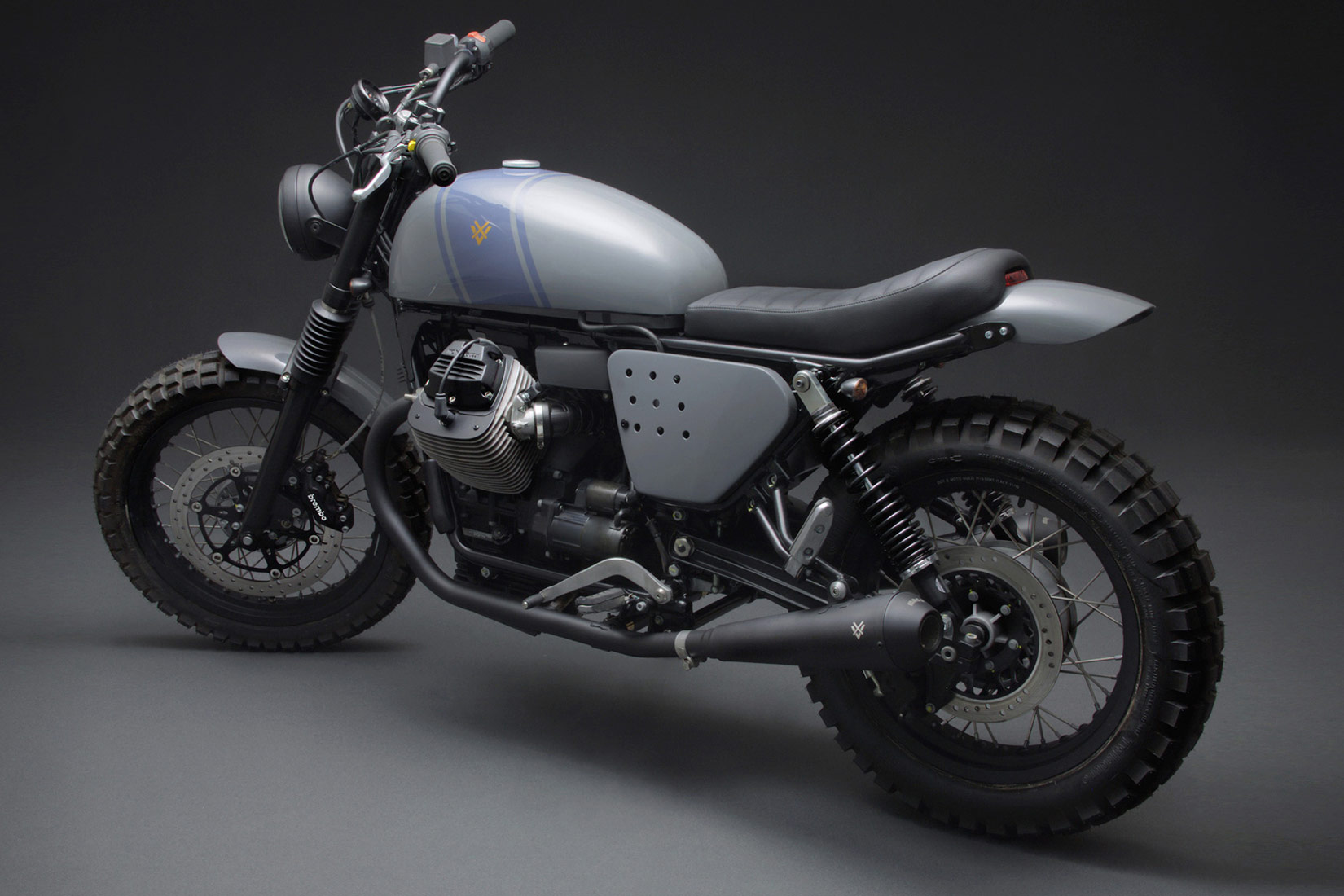 Impressive from top to bottom, the Tractor Motorbikes are the first Moto Guzzi Scrambler Venier made that boasts the new generation of hand crafted aluminium bodywork. The tank has been elongated and reshaped, and the tail section completely redone with a new hand made leather seat and a recessed LED tail light and new rear fender. These breathtaking bikes also have a 4”headlight with custom brackets, black aluminium handlebar, GPS custom speedo with Venier logo, new grips, custom mufflers have been made for the bike by Mass Moto in Sicily. Last but not least, you have the hand crafted aluminium sides and front fender which finish the bodywork off in style.

Boasting impeccable suspension from IKON and Knobby tires are from Continental tkc 80 Vintage head covers replace the newer versions. The frame of the Tractor Motorbikes was not touched making this build a very special version of the V7 more than a custom, with the goal being more to re-design a motorcycle than work only on taking off and cut parts, which is sometimes easier to do than have a clear and complete idea on what you want to design and build. 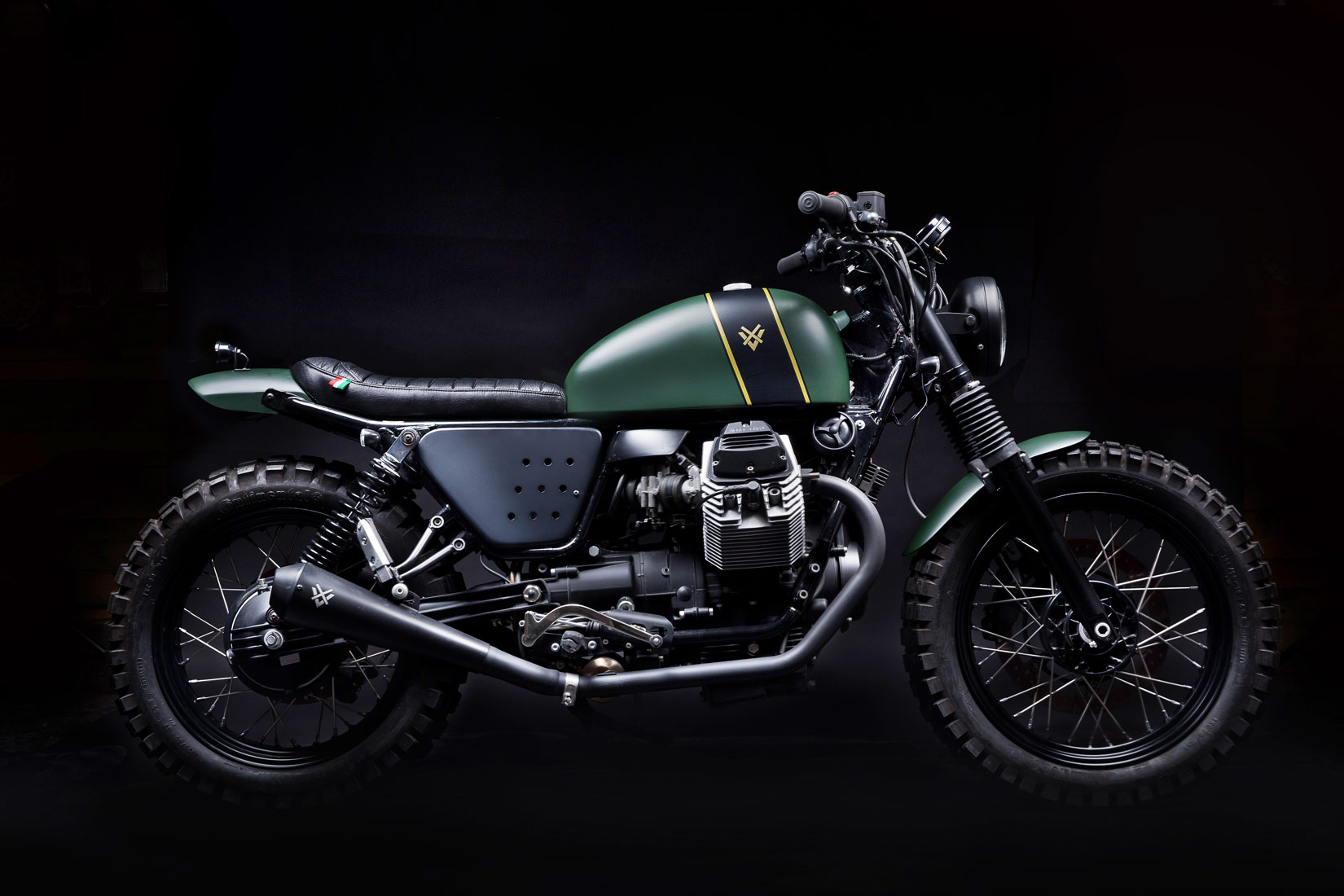 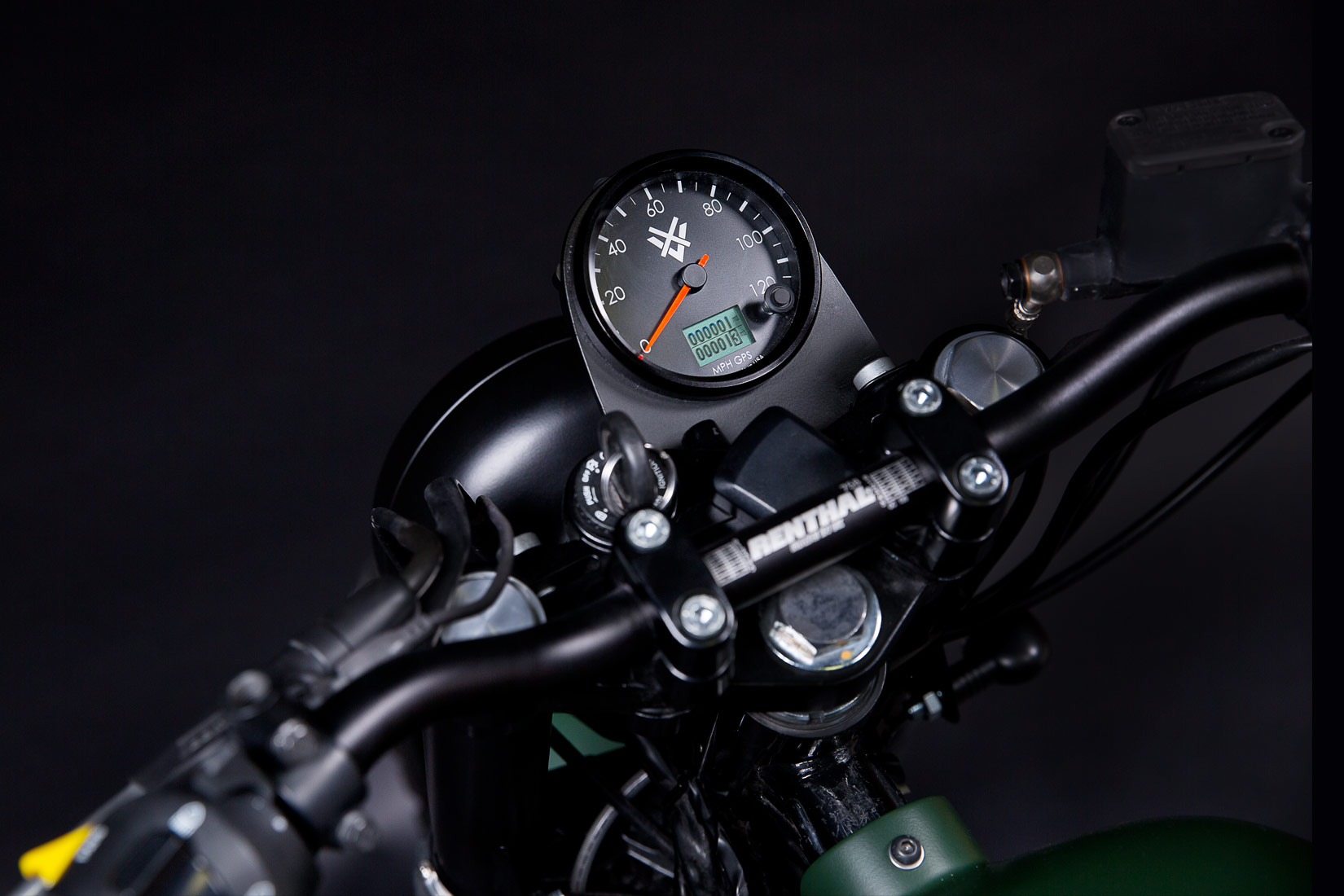 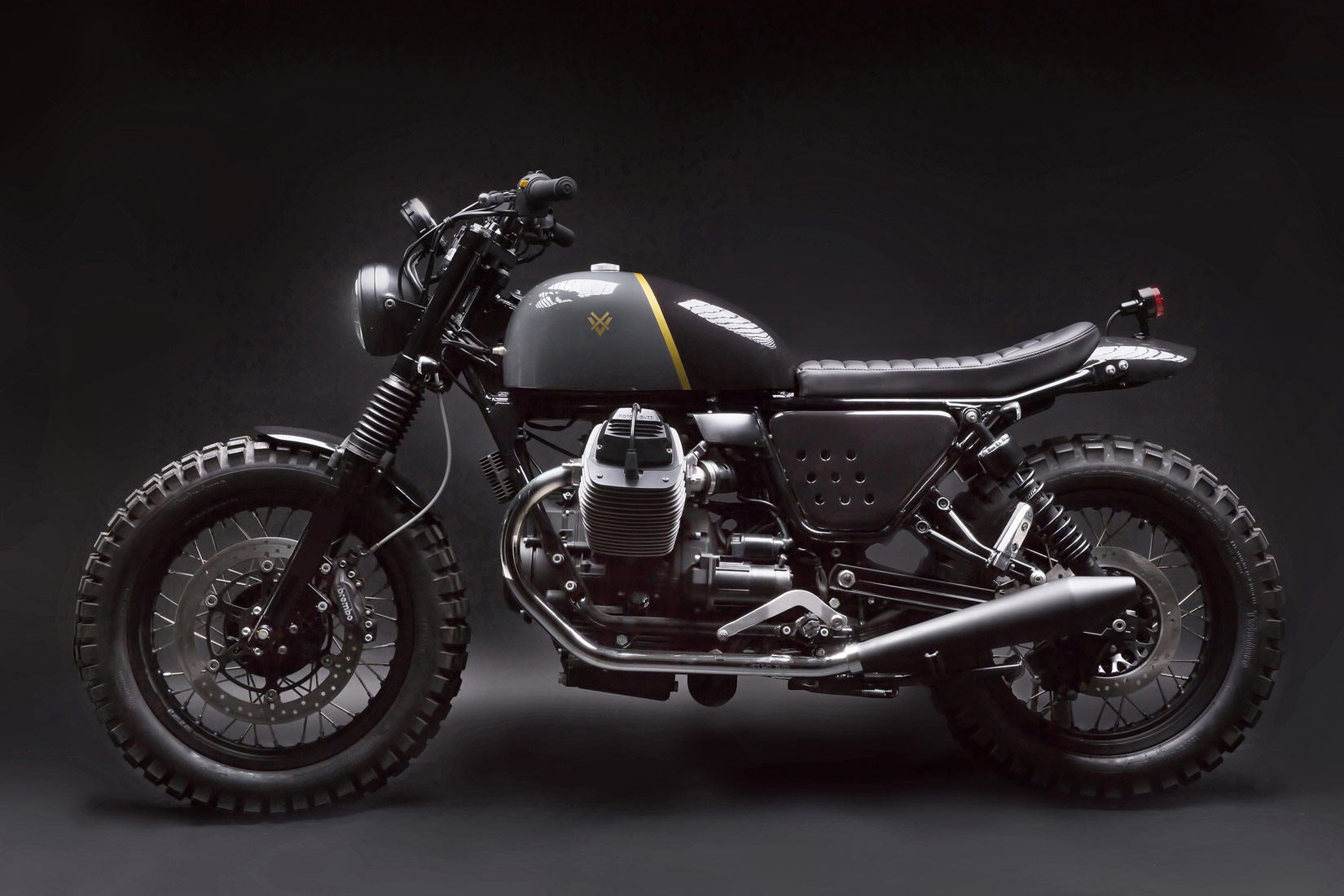 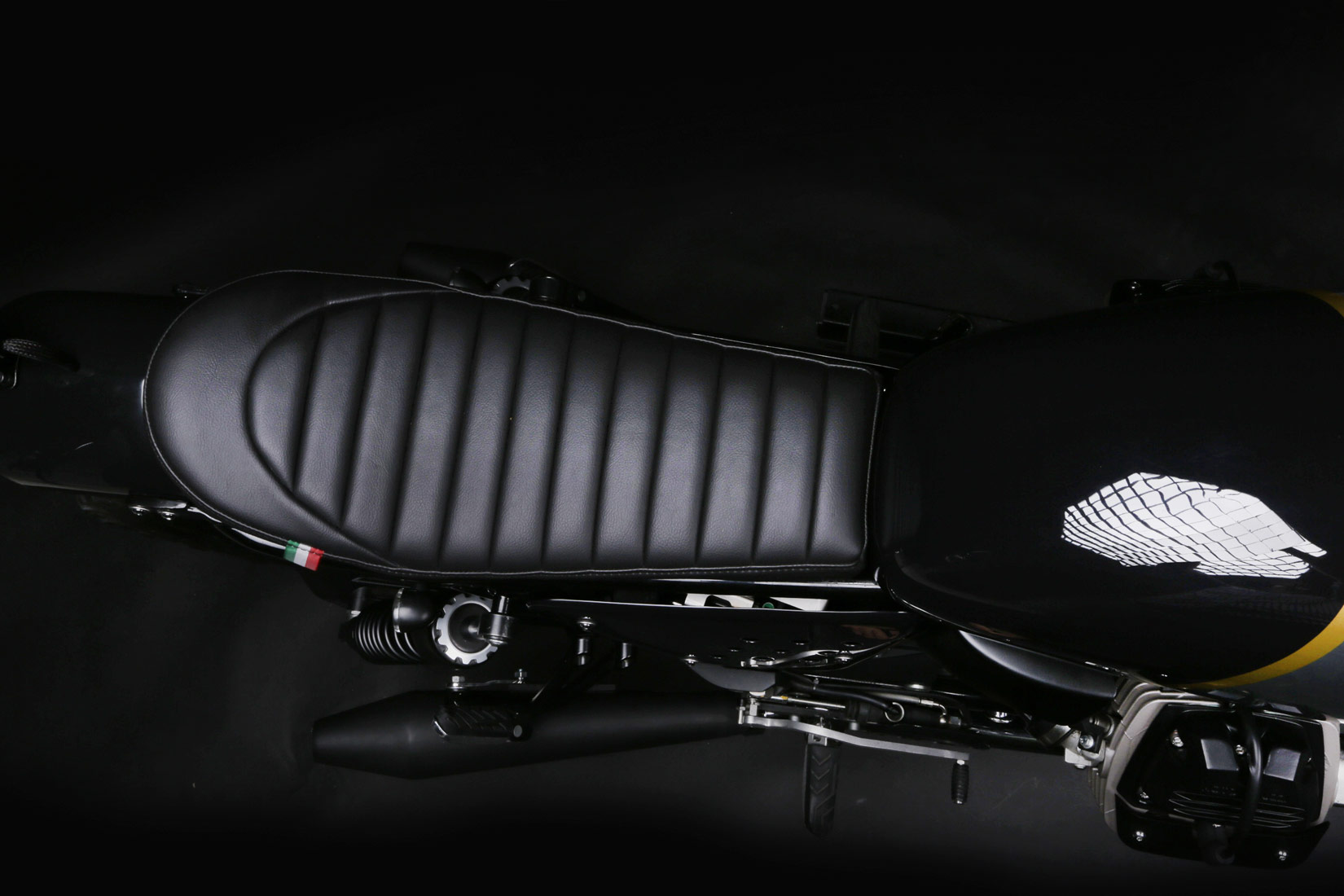 The build is a two seater, but using the word comfortable might be too much, but there is certainly enough space to easily carry somebody on the back. The soul of the Tractor series from Venier is more than be flashy and “custom” and it is very design oriented, with the overriding objective being to merge the past and the present. Mission accomplished in our opinion here at Coolector HQ.