So far as innovative apparel is concerned there aren’t many brands that are prepared to push the envelope quite as far as they guys at Vollebak and this has never been more apparent than with their latest release – say hello to the Black Light Night Visibility Gear from Vollebak. With the intention of completely reinventing the concept of night visibility gear, this new range will be ideally suited to those that love to exercise at night and want functional, versatile apparel for the job.

The Vollebak Black Light Night Visibility Gear does away with heavy, crinkly, noisy, sweaty or ugly apparel which is typically the norm for those looking for gear to train at night with but this new series of apparel from Vollebak dares to be different. They’ve set out to redesign night visibility gear from the ground up to deliver enhanced performance and the end result of their endeavours is a four-part layering system which doesn’t look or feel anything like you’d expect and will blow you away with its capabilities.

Deliberately lightweight, the Vollebak Black Light Night Visibility Gear is also soft and stretchy and, of most importance for sport apparel, it’s breathable and understated. As Vollebak have used the science of how you actually see someone at night as their jump off point, they’ve been able to make every square centimetre of the entire system black which is something that lovers of minimalistic, stealthy sportswear are going to appreciate. 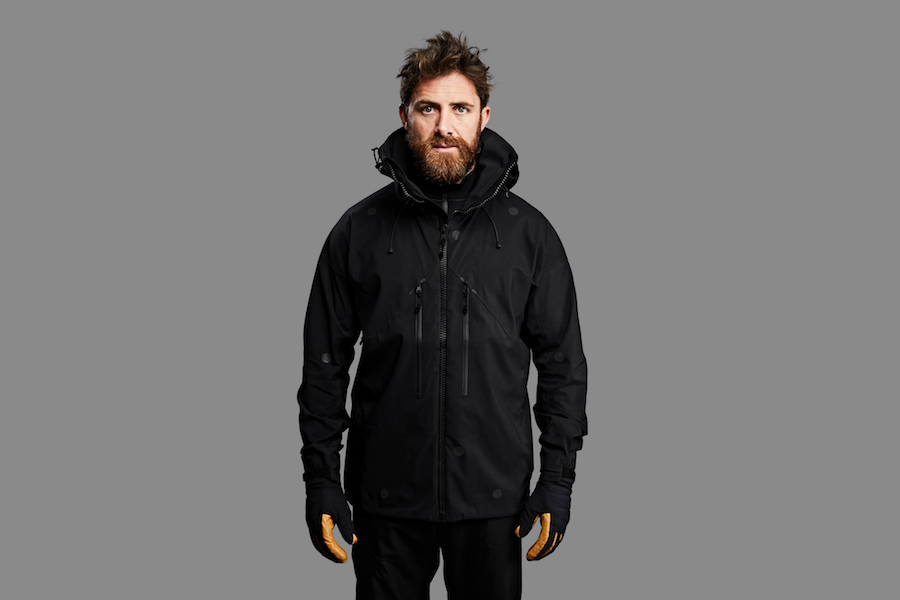 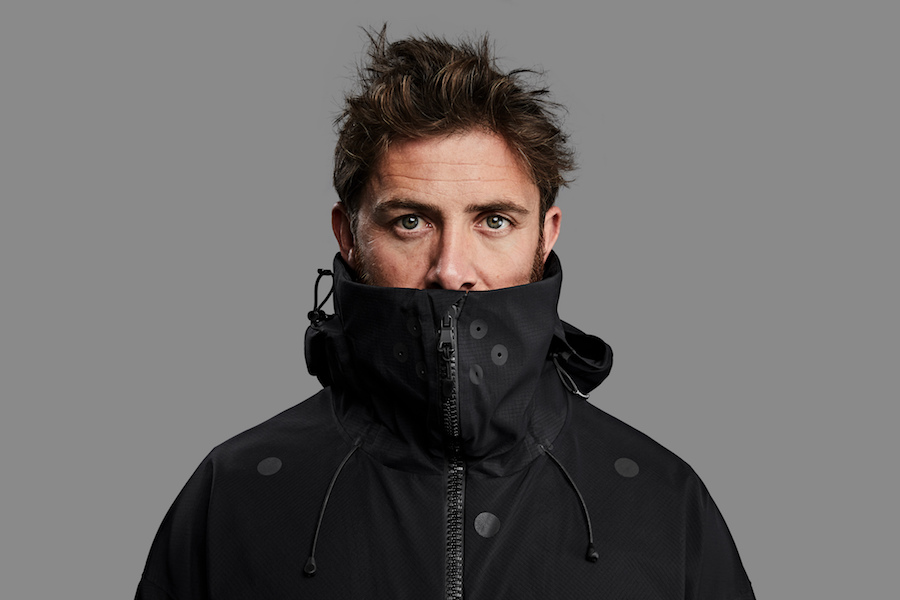 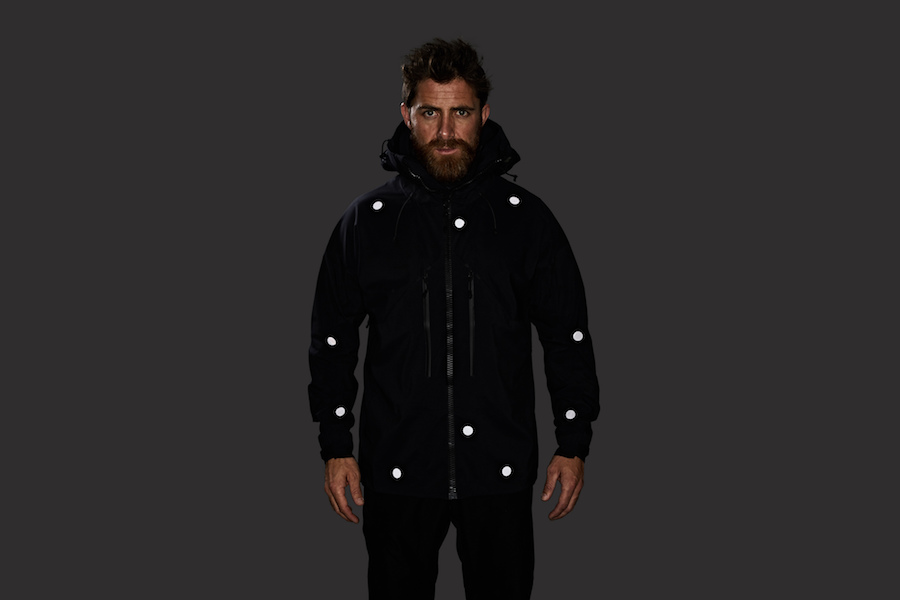 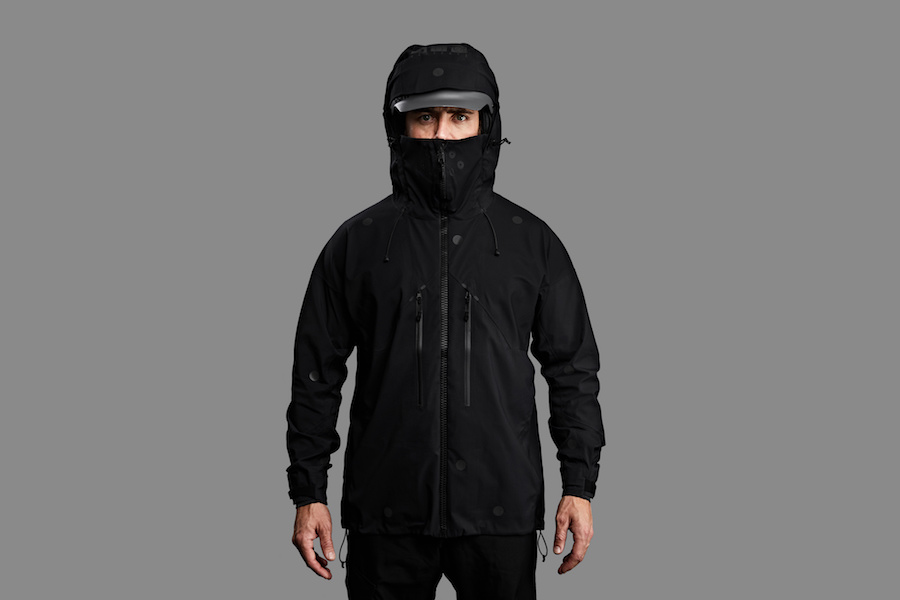 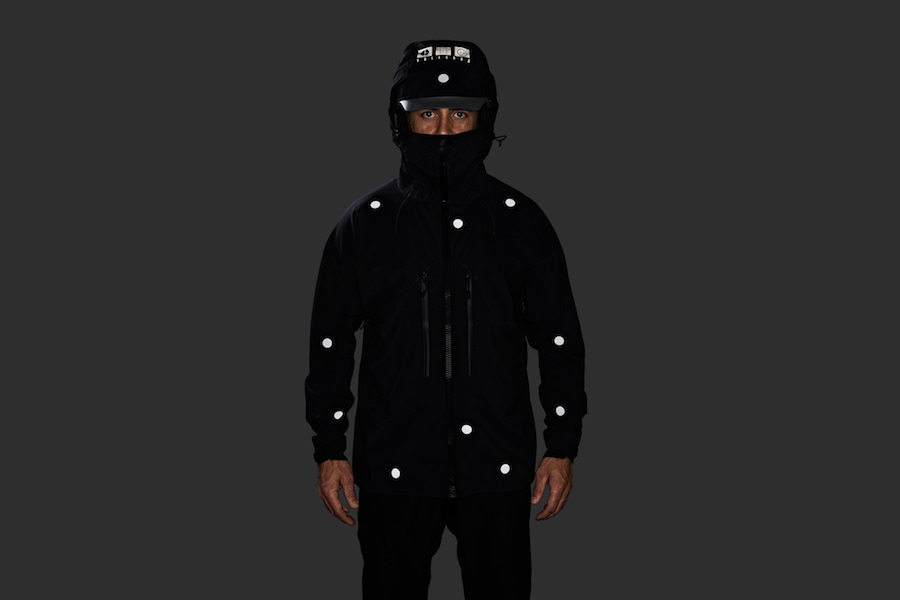 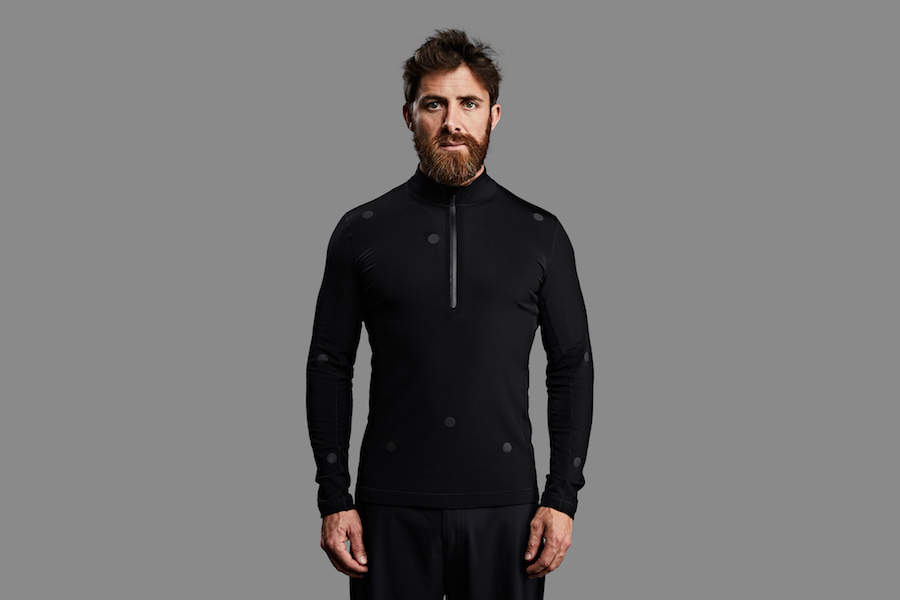 The Vollebak Black Light Night Visibility Gear consists of four different pieces of apparel – namely, a jacket, mid-layer, base layer and a T-shirt – so you really can cover all your sporting gear in one fell swoop with this technologically superior range from Vollebak which will offer unparalleled performance for all your nighttime sporting activity. Tackling the garish aesthetics typically associated with sportswear that can be worn during the day but also at night, this much stealthier than the norm series from Vollebak is second to none visually and in terms of its sporting performance. 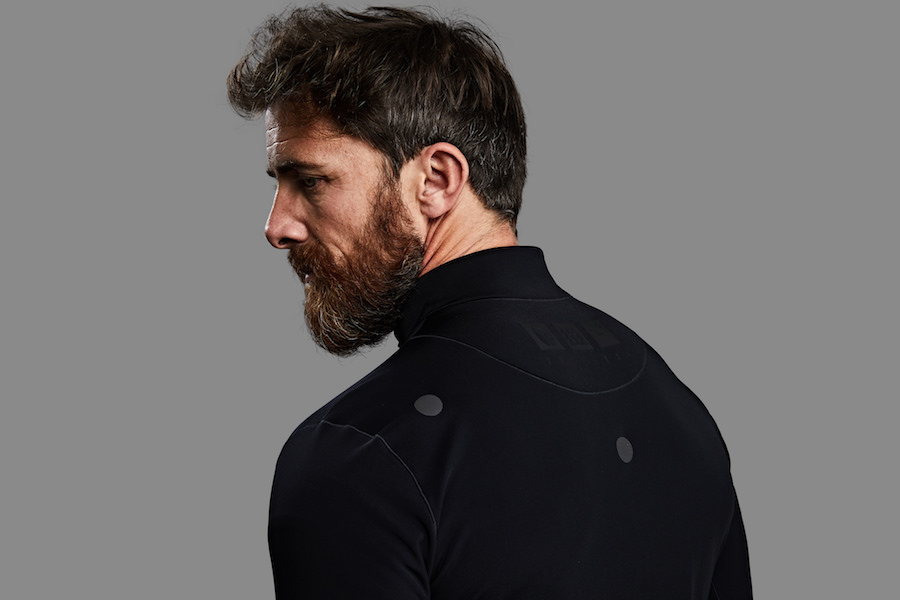 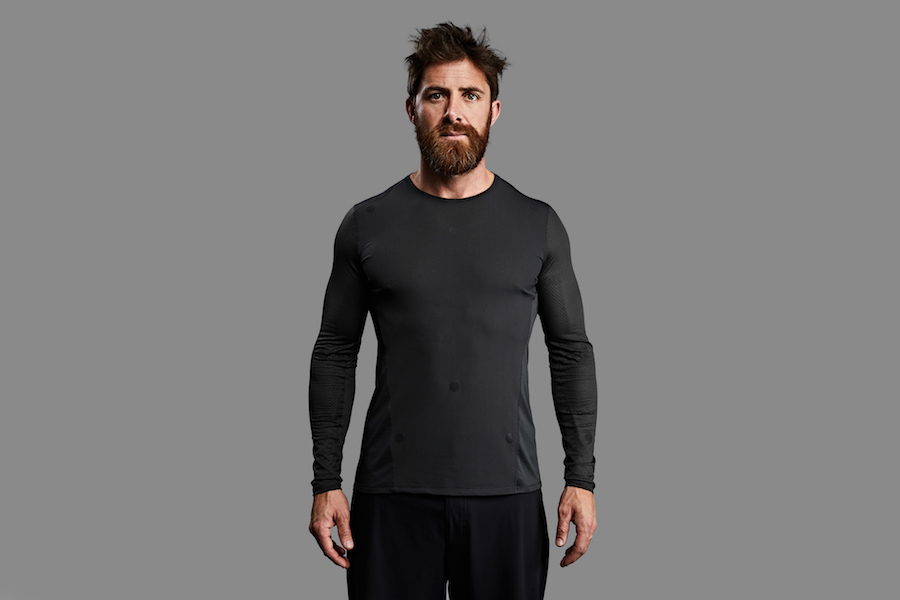 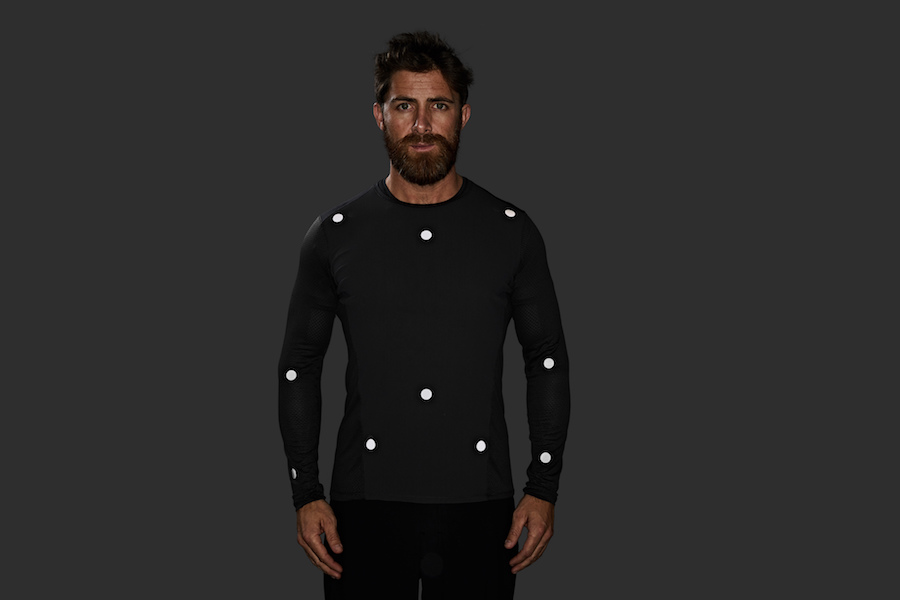 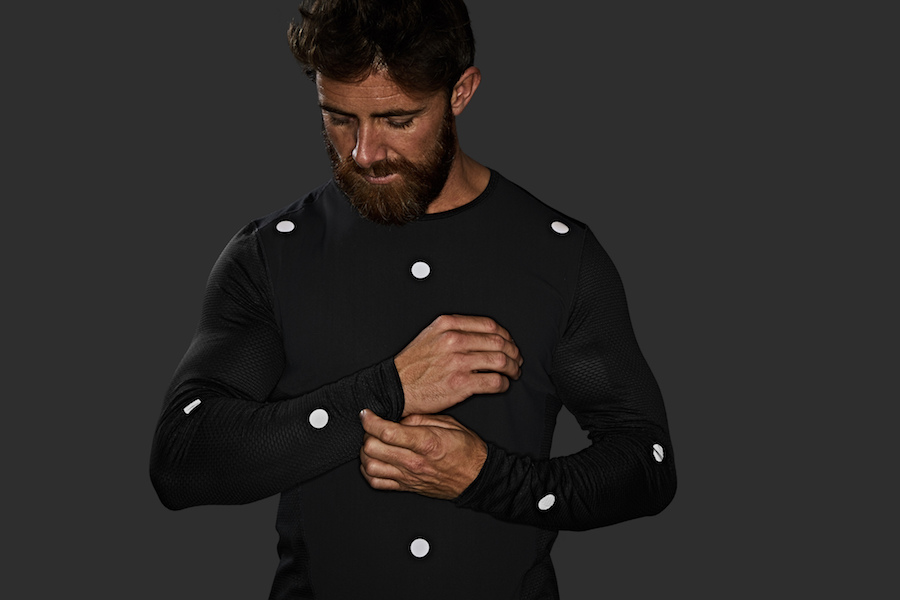 Clever design features abound with this Black Light series from Vollebak and on the surface of each layer you’ll discover an array of small black dots which you’ll barely notice during daylight hours as they’re flush to the material and have a rubberised look. It’s at night that these dots spring to life when they are hit by light. Whether it be car headlights, a torch or a helicopter search light, these dots transform from matte black into eye-catching discs of bright white light – which will help ensure you stay visible at night.

Anyone who regularly buys sportswear will be only too aware of the garish, unappealing nature of a lot of it and that’s something Vollebak are aiming to remedy with this Black Light range of performance apparel. It is as stealthy and stylish as it gets and is simply based on science. All the dots are positioned on areas of your body that move the most during exercise – such as your elbows, wrists, shoulders and hips – and this means that when they be illuminated and create a pattern that’s instantly recognisable as a person from any angle when you’re out running at night. 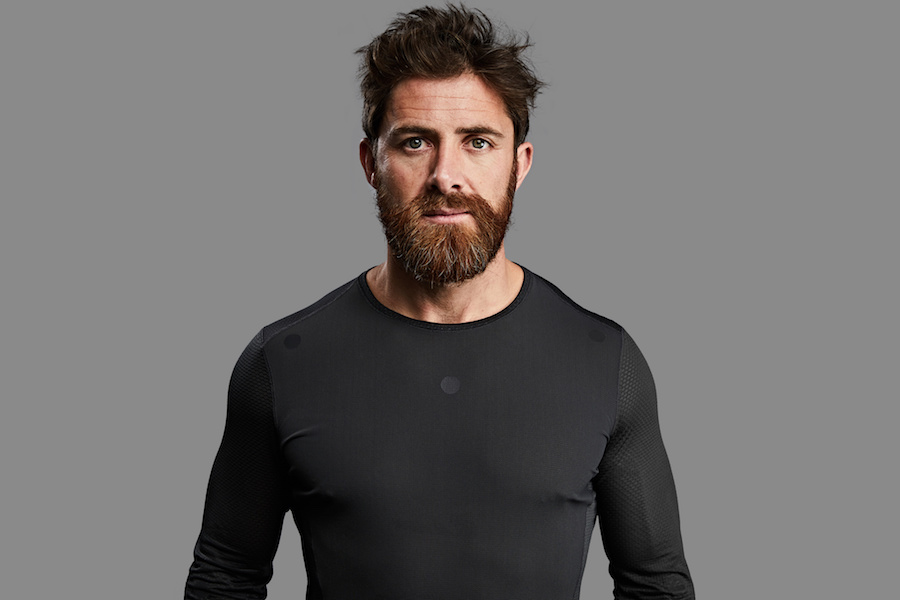 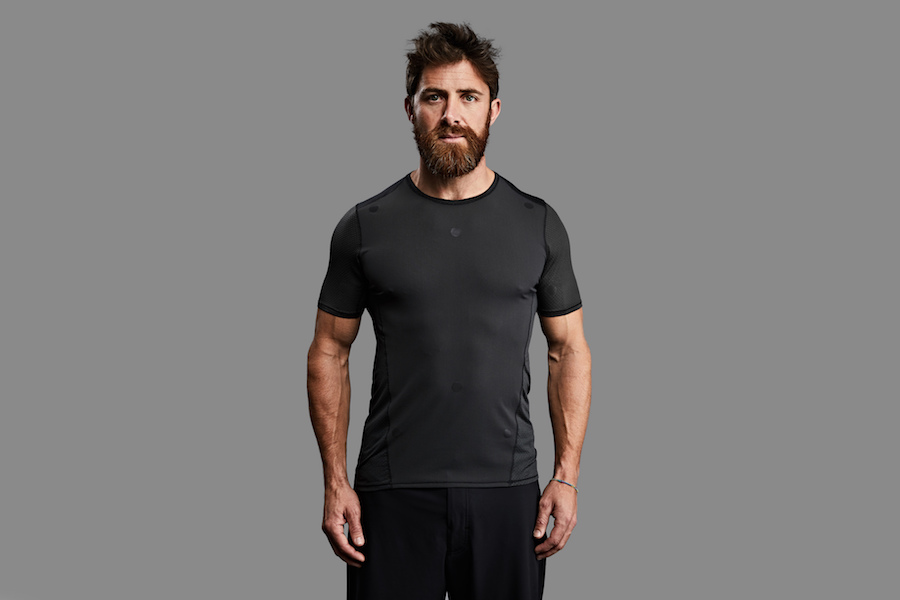 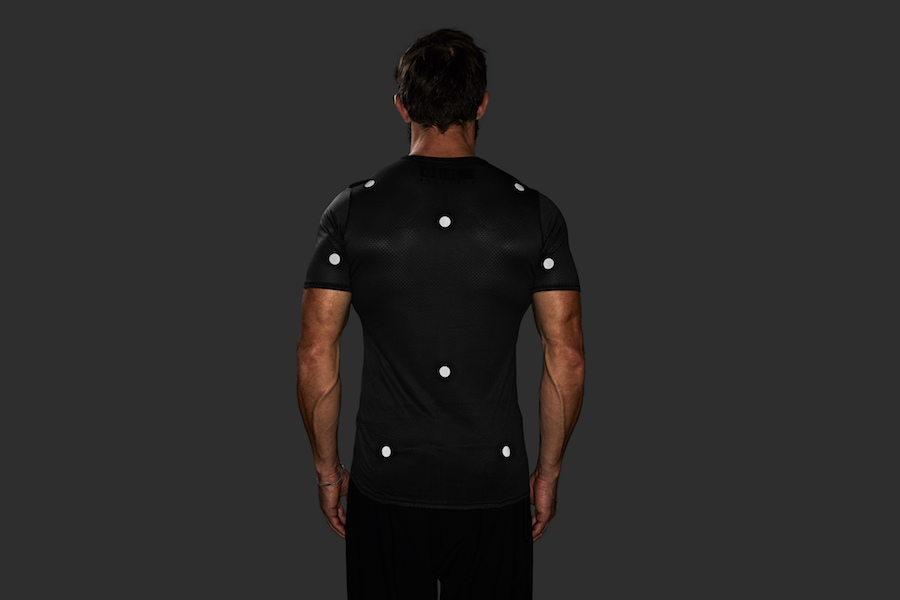 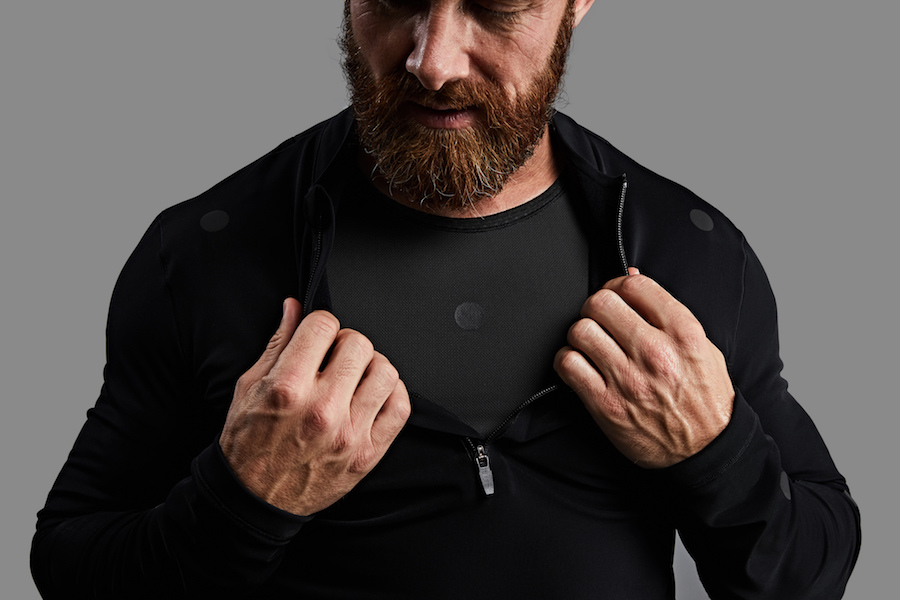 If you find yourself on the hunt for some night time sportswear that doesn’t look horrendous and delivers impeccable performance then you need look no further than this excellent range from the always innovative Vollebak. Cleverly conceived and expertly crafted from the finest materials, this superb range of apparel is definitely going to ramp up the safety during night time exercise and delivers first class performance from start to finish.