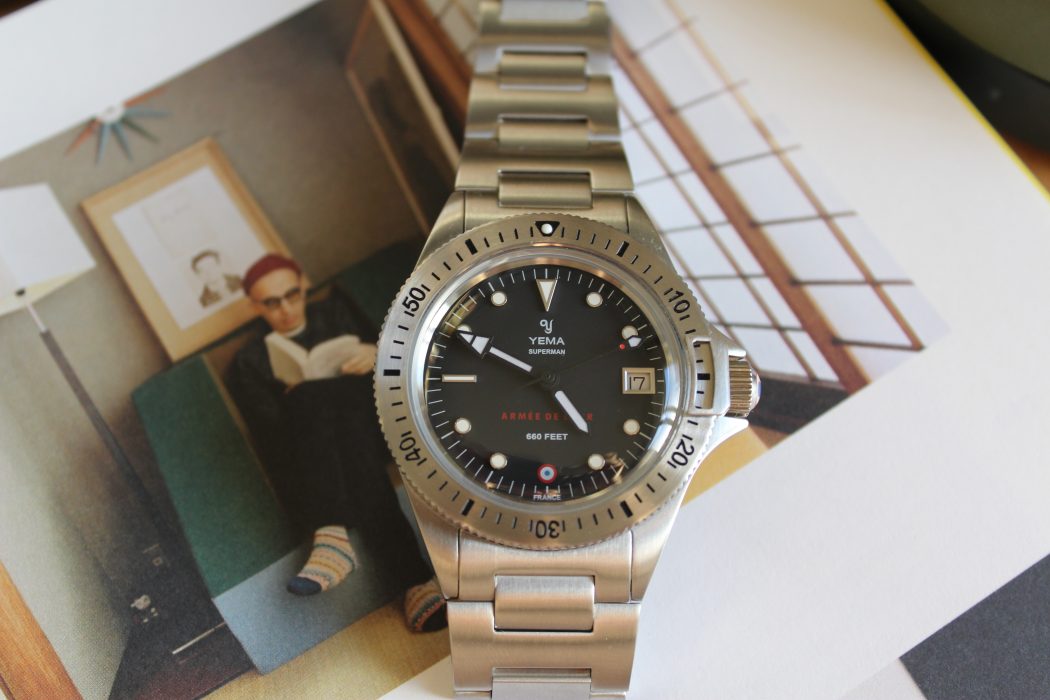 French watchmakers, YEMA, are one of our favourite watchmakers here at Coolector HQ and for those with a love of aviation styled watches, you’ll certainly want to take a keen interest in their superb looking Superman French Air Force Steel Limited Edition Watch. Priced at $999, this classy timepiece is built for adventure and a life in the skies which is why it is regularly worn by members of the French National Air Force.

Great looking and boasting high quality components and materials, it’s easy to see why the YEMA Superman French Air Force Steel Limited Edition Watch ($999) sells out almost as quickly as it’s stocked on the watchmaker’s digital shelves so you’ll definitely want to make sure you move quickly to secure one of these cracking watches for your wrist. Limited to just 1,948 pieces, these won’t be around for long and for good reason as they’re one of the most elegant and attractive watches we’ve seen in a while here at The Coolector.

Taking inspiration from the world of aviation, the YEMA Superman French Air Force Steel Limited Edition Watch has been designed in conjunction with France’s Air Force and this shines through in some of the watch’s most striking features. Inspired by the iconic Superman Heritage, this exclusive military tool watch comes with a steel bezel, a matte black dial, black PVD coated hands and date disc wheel mirroring France’s Air Force dark camouflage pattern.

The YEMA Superman French Air Force Steel Limited Edition Watch ($999) boasts a blue-white-red French national insignia used on military aircraft since World War I and beautifully replaces the 6 o’clock index and is also stamped on the crown under a crystal coating, while the French Air Force logo is found on the dial and the case-back.

Made using YEMA’s in-house self-winding, mechanical movement, there is a tangible sense of quality to the Superman French Air Force Steel Limited Edition Watch. This movement has been completely designed, developed and assembled at YEMA’s Morteau workshops in France. It beats at 28,800 vibrations / hour and has an impressive power reserve of some 45 hours.

The striking metal accents of the embossed white markers along the printed dark red French Air Force logo on this devilishly dapper timepiece and the coloured national insignia at 6 o’clock delivers an eye-catching contrast against the matte black dial that we love here at Coolector HQ. A black PVD treatment is applied to the hour and minute hands as well as the iconic 1970’s seconds hand with its head shaped like a shovel.

Excellently priced at just $999, it’s not hard to see why these limited edition watches from YEMA are proving so popular in the horology community. For any man with a love of aviation and exclusive timepieces, this is an essential addition to your line up. The French Air Force national insignia is stamped on the crown under a crystal coating and the 316L Steel caseback proudly displays French Air Force crest wonderfully embossed with a hydraulic press. Each watch is engraved with a unique number from 0001 to 1948 regardless the diameter chosen.

As fans of beer in general here at Coolector HQ, we’re always delighted to attend events that lets us imbibe vast quantities of it… 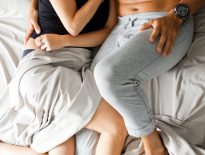 Fashion 5 of the best loungewear pieces from BN3TH 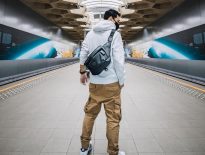 Featured 5 of the best adventure accessories from Alpaka