Chess is a sport which, if we’re being honest, we’ve never really gotten into here at Coolector HQ but that perhaps might be as a result of the fact that we’re only now discovering this awesome looking Nixie Chess Set from LaserMad that will add a whole new level of cool to this much loved strategy battle. 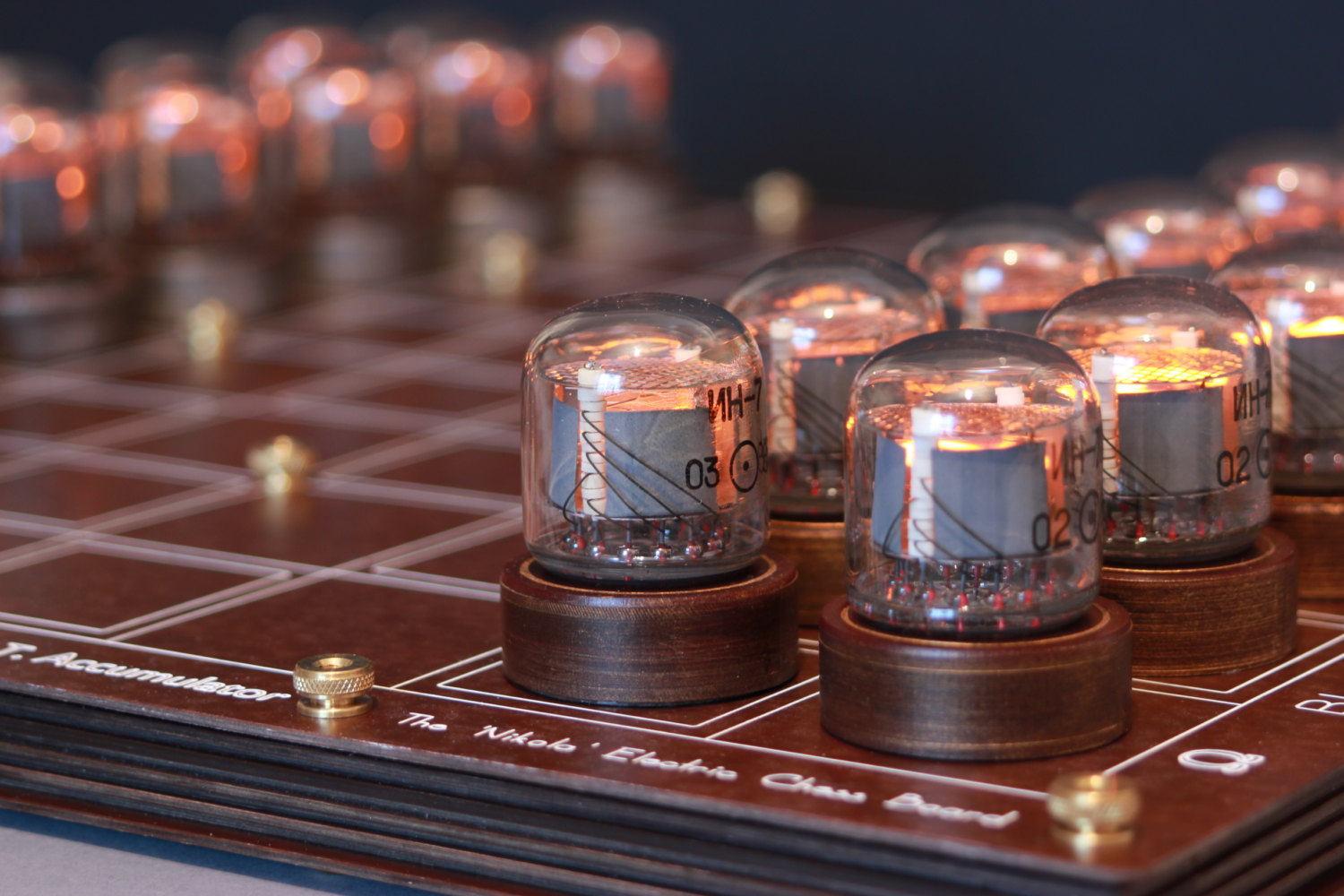 A nixie tube is, essentially, electronic device which can be used for displaying numerals or other information using glow discharge, which is why we’ve seen it in a number of clock projects here at The Coolector but this is the first time we’ve seen a Nixie Chess Set and, it’s safe to say, we’re mighty impressed to say the least.

A Knight to Remember

Described as being the first and only Nixie-powered chessboard in the world, this thoroughly impressive construct is definitely going to appeal to both chess and technology aficionados alike. It has no plugs and utilises inductions coils to power the pieces right through the board which, pleasingly, means that absolutely no assembly is required and the Nixie Chess Set will work straight out of the box. 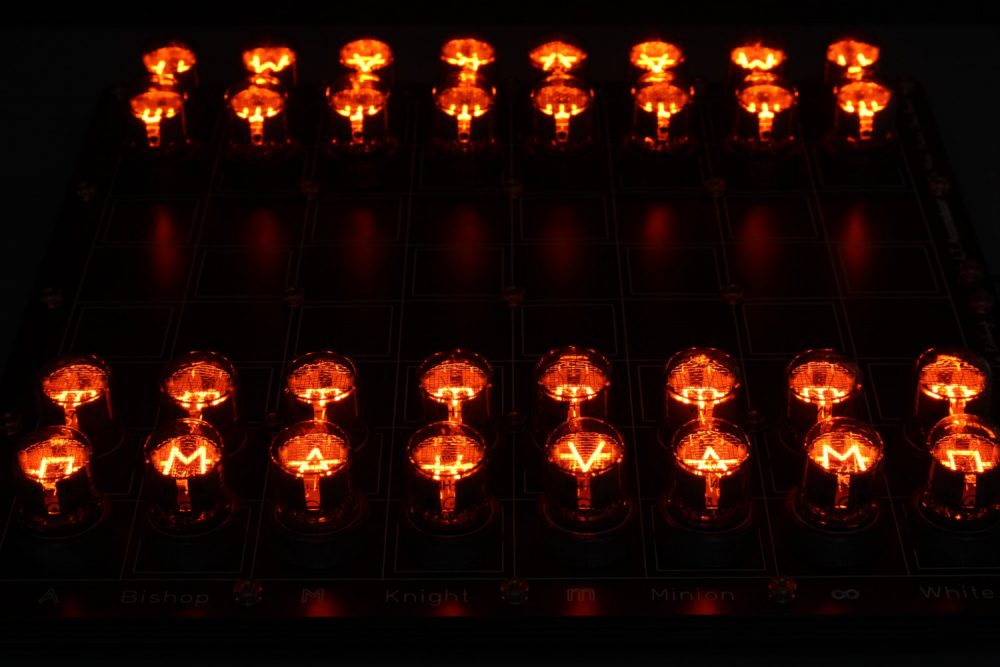 There is a lot of technological stuff going on under the hood with the Nixie Chess Set which we won’t claim to understand here at The Coolector but it includes (for the more technology inclined amongst you) printed inductors which have been crafted by utilising special PCB processing and a choice of through-hole or surface mounted parts for the piece PCBs (the main board is through hole). Now, if you’re anything like us, you won’t understand any of that but all you need to know is that it looks awesome and all you need to do is take it out of the box and play. 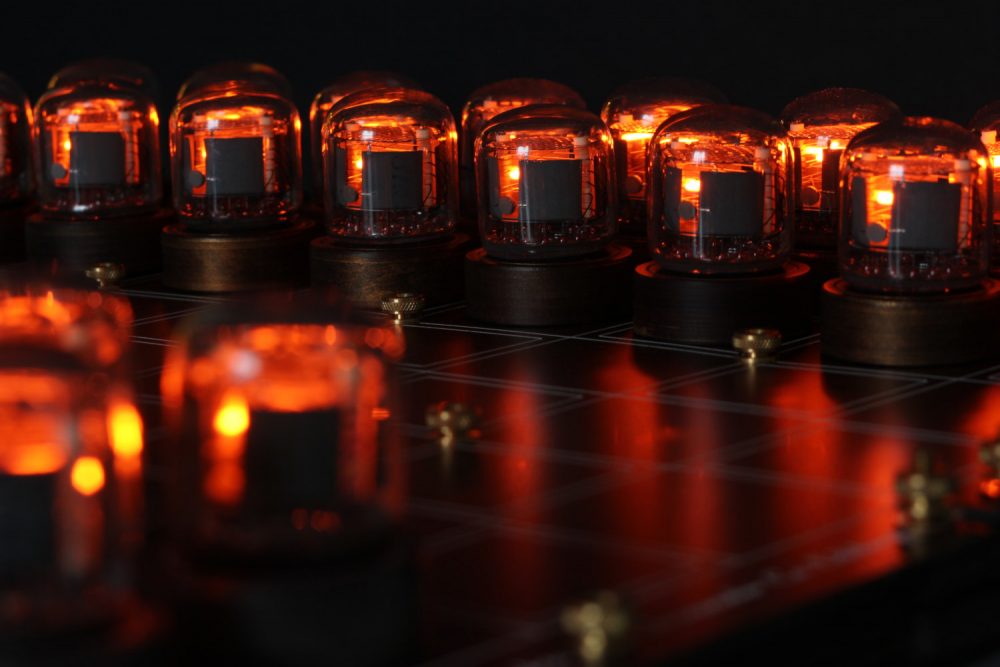 Whether or not you’re a chess fan, you’ll be impressed aesthetically speaking with the Nixie Chess Set and there is a distinct level of uniqueness to each and every set because the tubes used in the construction haven’t been made since 1991 and once they’re all gone, that’s it. So you’ll be buying a piece of history if you invest in one of these cracking boards from LaserMad.

Given the bespoke, hand-made nature of each Nixie Chess Set, they take a while to be delivered so if you’ve got someone in mind for the set, then make sure you order early as they can take weeks for construction and delivery but, it’s fair to say given their mighty impressive quality, they will be more than worth the wait. 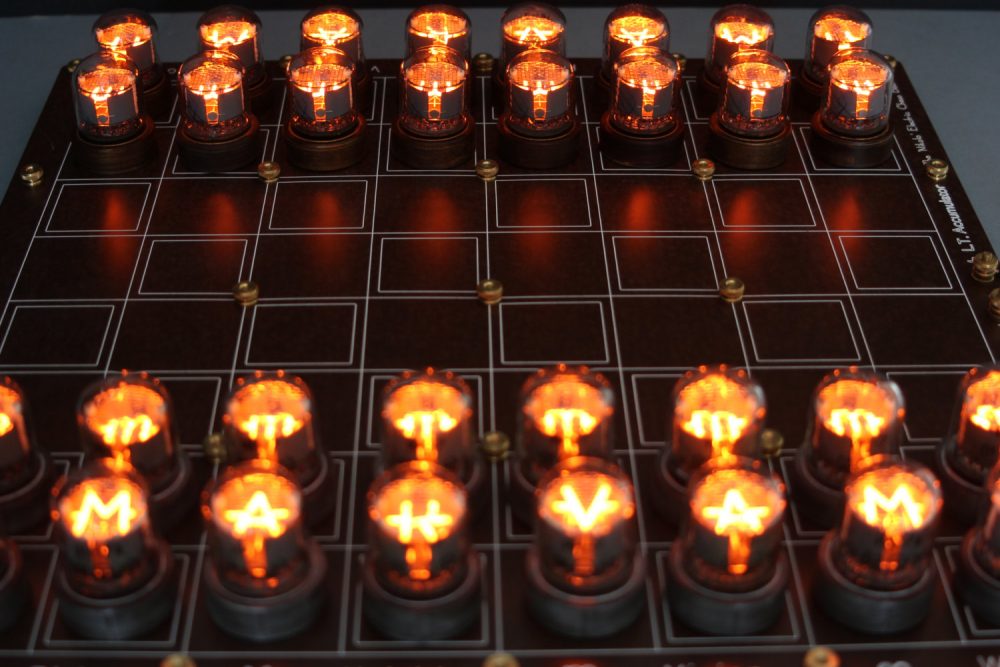 As we say, we’re not huge chess fans here at Coolector HQ but such is the striking, visually superior nature of this Nixie Chess Set that it may well tempt us out of retirement and to give the age old strategy game another whirl. A thoroughly eye-catching piece of craftsmanship that is sure to appeal to chess and tech lovers the world over.