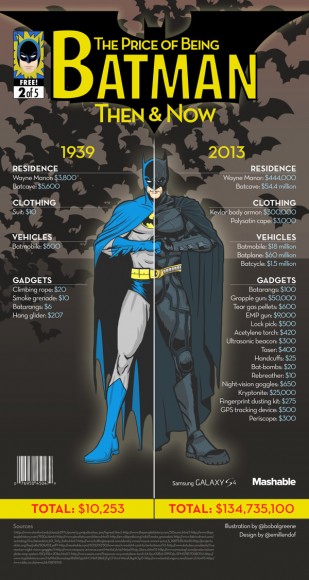 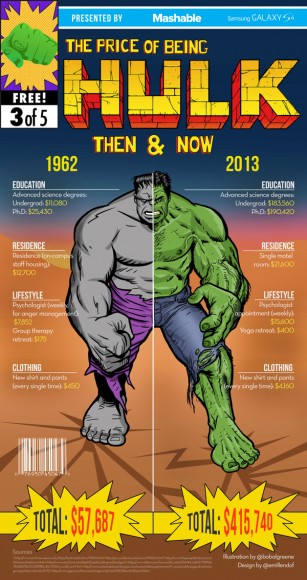 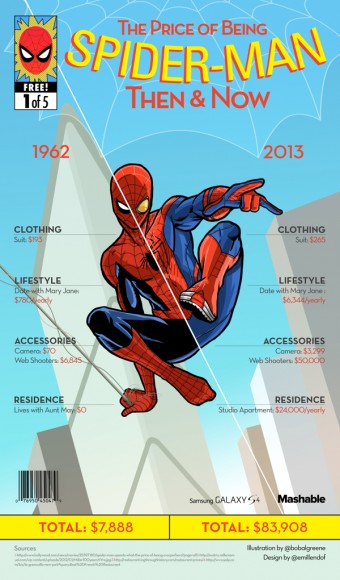 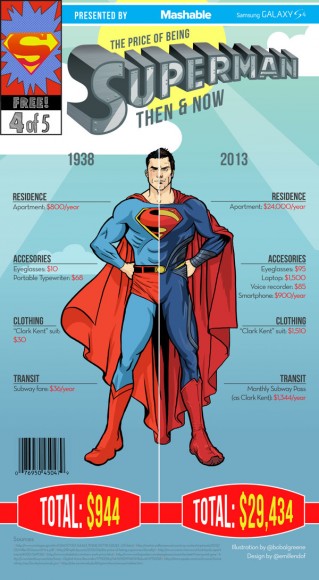 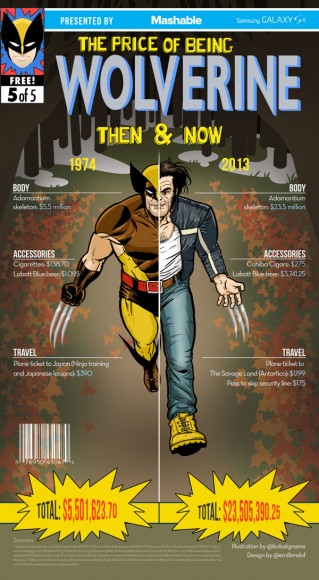 Inflation is a bit of a bitch, truth be told, but few will be feeling the pinch quite as much as superheroes if this excellent infographic from Emil Lendof, Bob AlGreene and Nina Frazier is anything to go by. Taking a look at the cost of their lifestyles from when they were first created to what the equivalent costing would be in 2013 and, it’s safe to say, it’s the contemporary versions who are being left considerably out of pocket.

Even Bruce Wayne, with his millions of dollars in the bank, will have raised an eyebrow at how much more it costs to wine and dine the ladies and fuel his runaround, the Batmobile, in 2013. Superheroes are definitely going to have to start tightening the old purse strings if inflation doesn’t begin to sort itself out. All the old Batman had to pay for was some rope to climb buildings with but the current incumbent of Wayne Manor has to shell out for all sort of mod-cons. Check out the close ups of these awesome infographics below to get a bit more details about the hardships endured by a 2013 superhero.

You can check out more info about this cracking project – HERE.

The Price of Being a Superhero Infographic 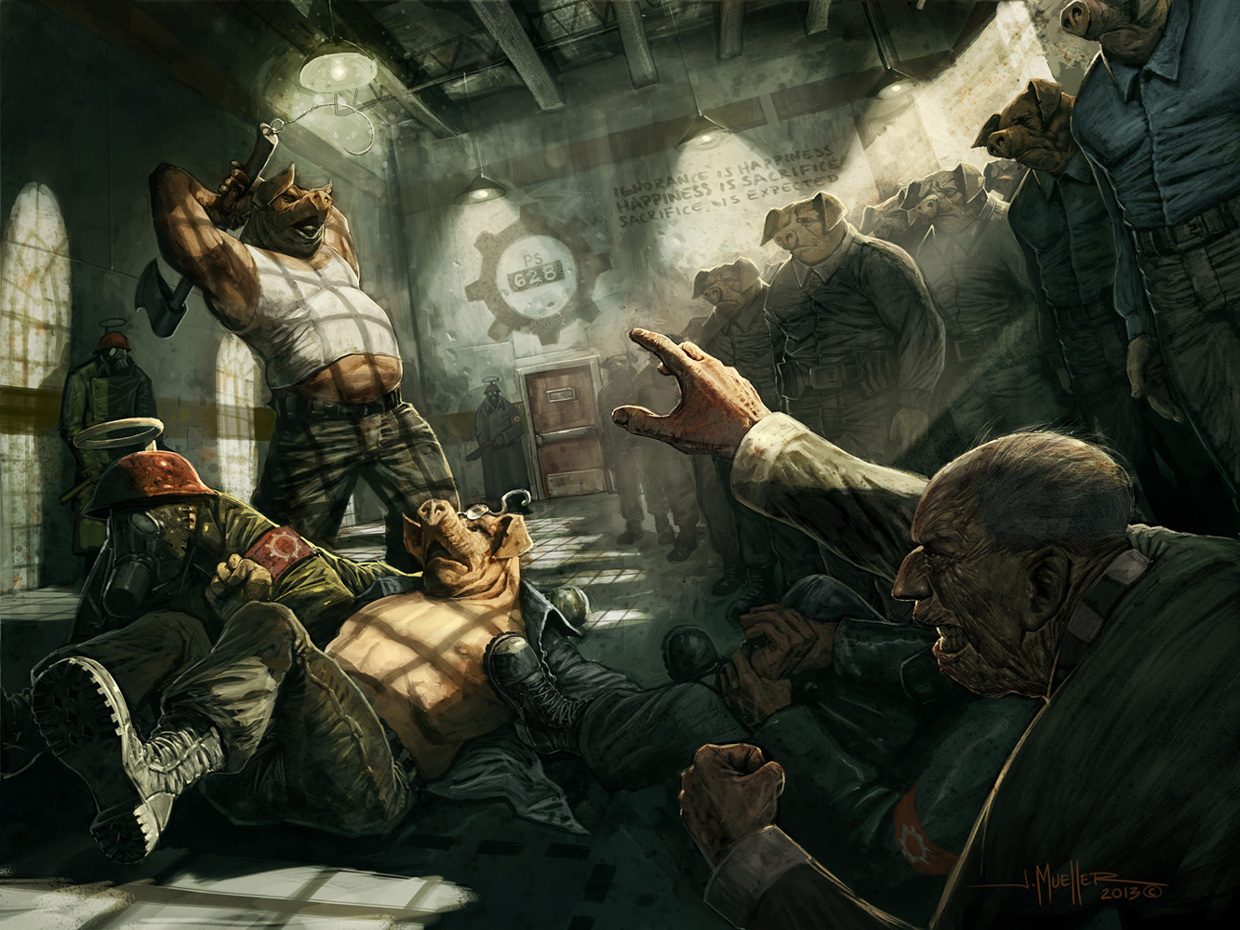 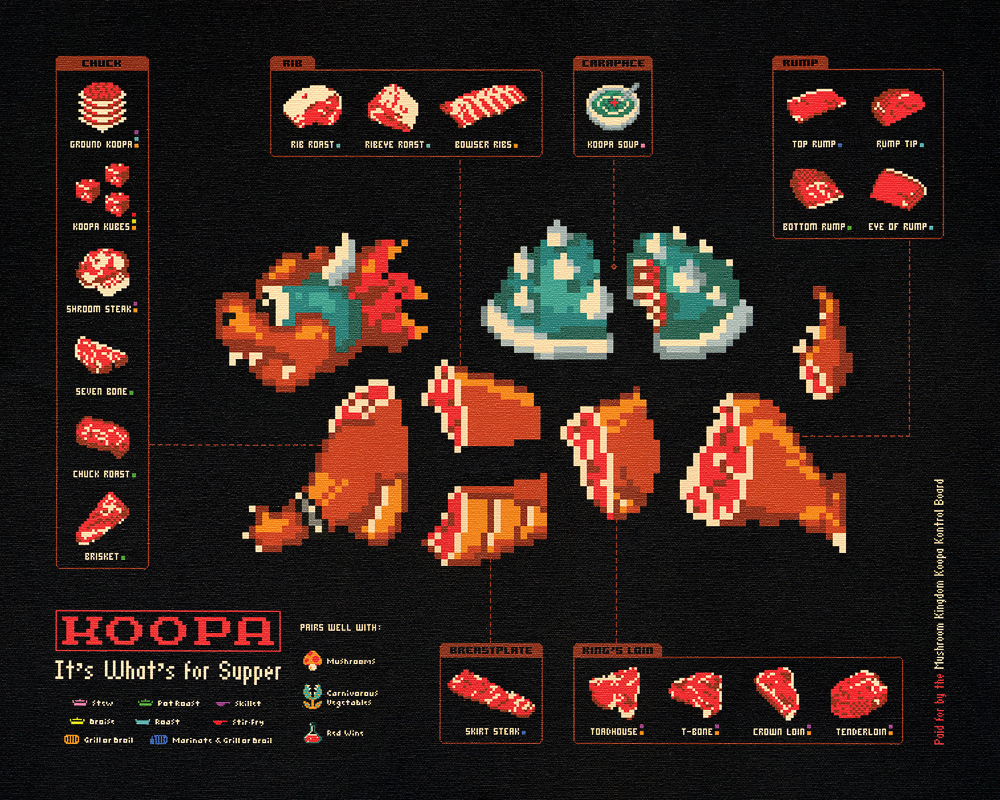