Whilst America might not be best known for small, boutiquey hotels and instead typically boasts more grandiose offerings, there are plenty of options out there for those who prefer their hotels on the quirkier side. We take a look at 10 of the best boutique hotels in America – check out our picks below: 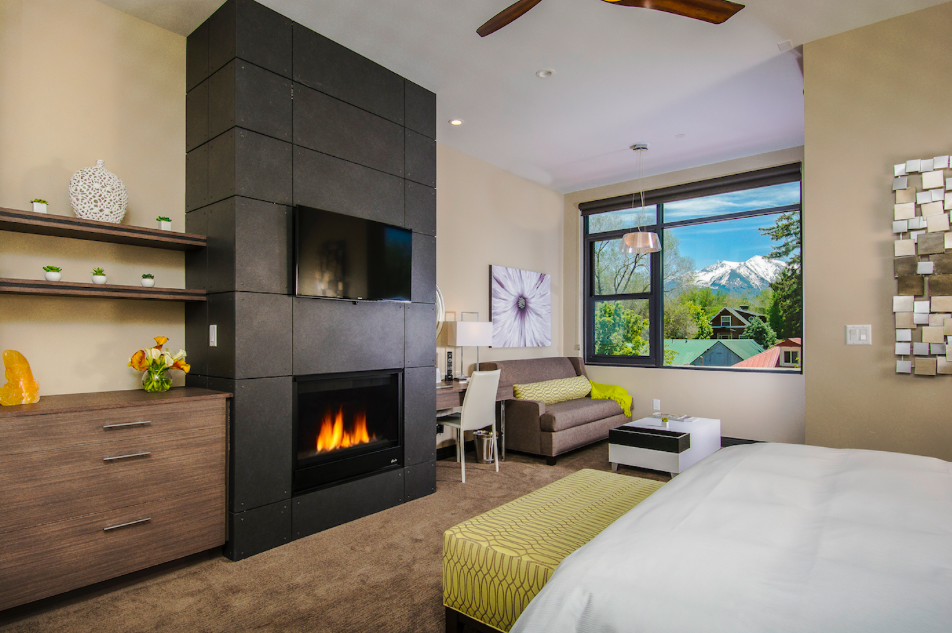 We don’t hide the fact that we love a tipple or two here at Coolector HQ so a hotel that is located in the grounds of a distillery is always going to capture our attention and so it has proven with The Inn at Marble Distillery in Colorado. With five luxurious rooms and situated in the heart of Colorado’s popular Fork Valley, this dog-friendly hotel is the perfect place to stop in order to enjoy the sights and sounds of this mesmerising state – not to mention some of their delicious spirits made right next door to your room. 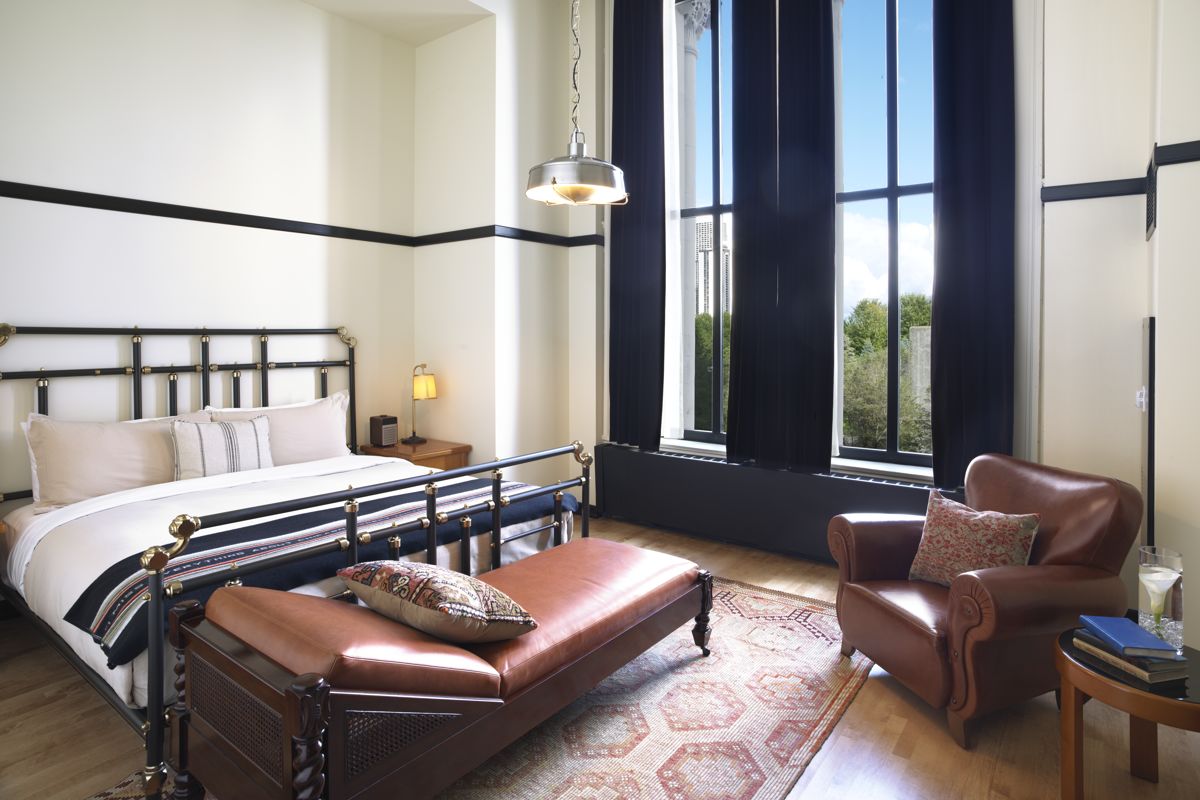 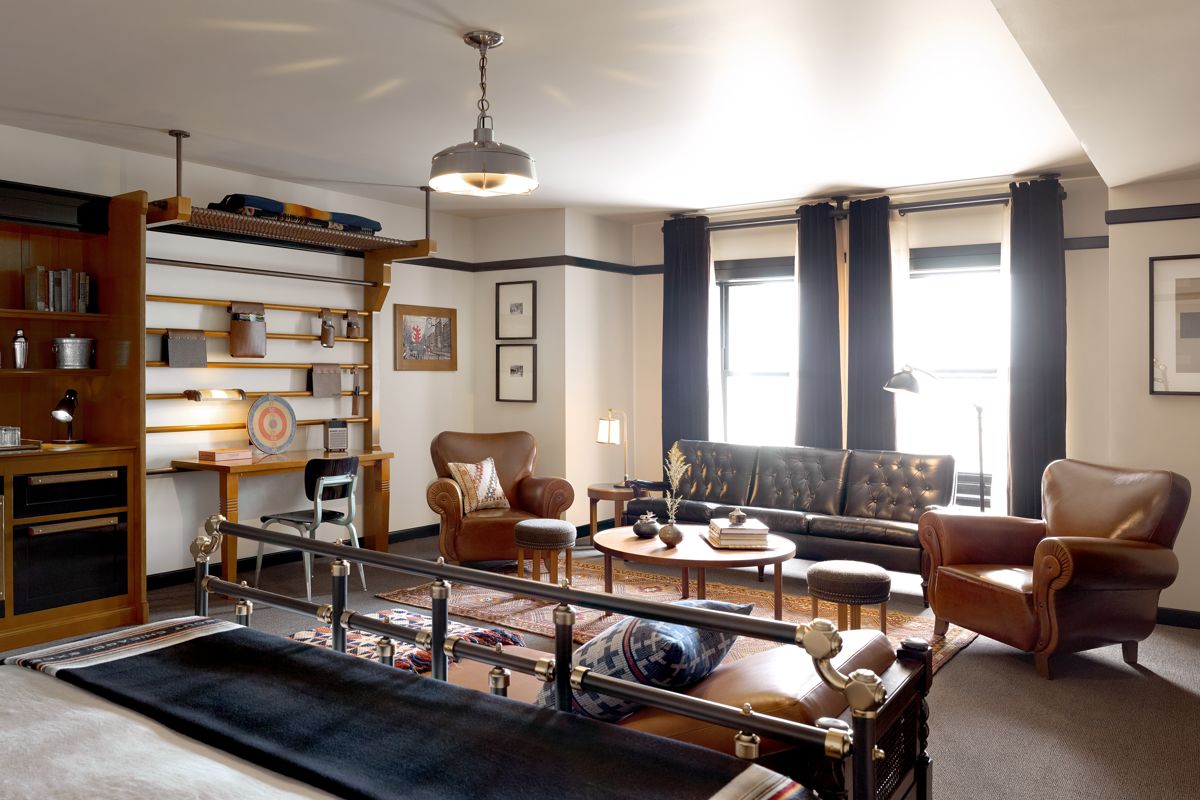 Chicago is a city we love at Coolector HQ and it has some of America’s coolest hotels that’s for sure but few can hold a candle to the Chicago Athletic Association Hotel in the coolness department. This vintage styled hotel really captures the eye and imagination and serves as the perfect base to really get to grips with all Chicago has to offer. Located in a building dating back to 1893, there is a lot of grandeur to the Chicago Athletic Association Hotel and it boasts a variety of restaurants both inside and in the immediate vicinity that will showcase some delicious food and drink during your stay. 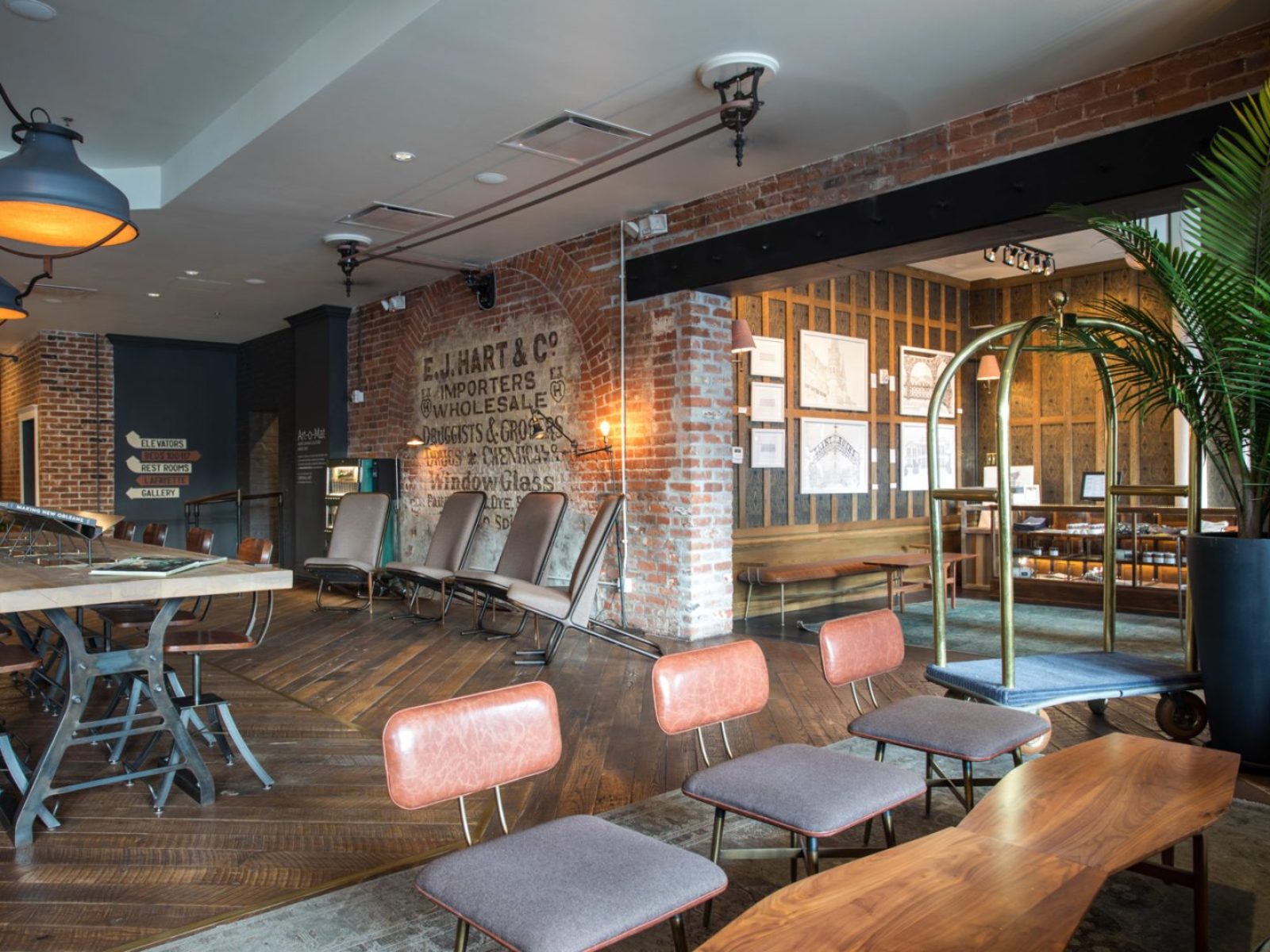 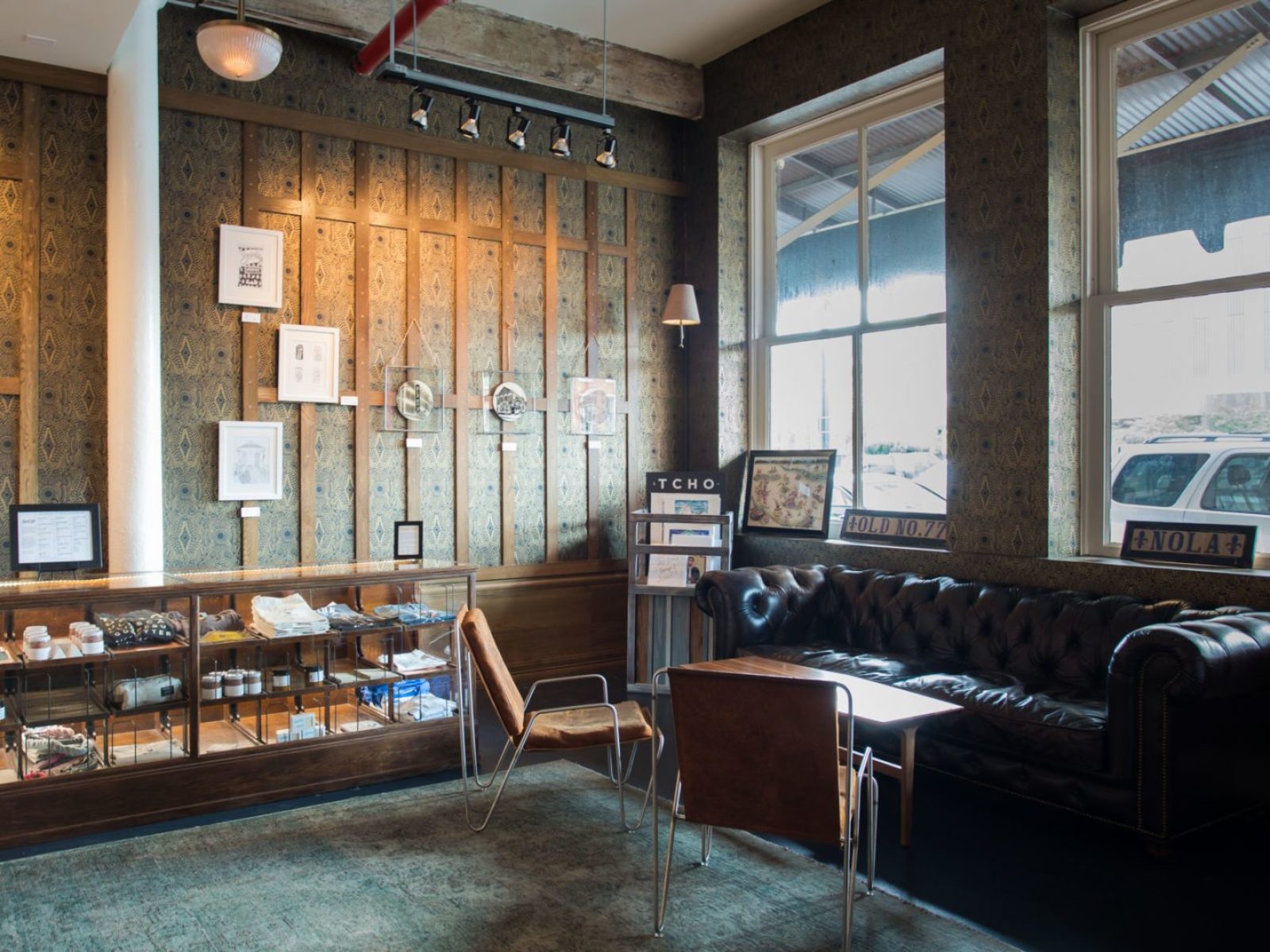 New Orleans is a city on our bucket list at The Coolector and you can rest assured that if we do make it there, the Old No.77 Hotel & Chandlery is where we’ll be gravitating towards. This infinitely charming property is located a mere three blocks from the New Orlean’s iconic French Quarter so the location will be tough to beat. It is a stunning boutique hotel with a mighty interesting history that you can learn during your stay. Boasting a rotating art gallery, Provenance Signature Amenities and Compère Lapin – one of New Orleans’ top restaurants – this really does look like the place to stay when visiting New Orleans. 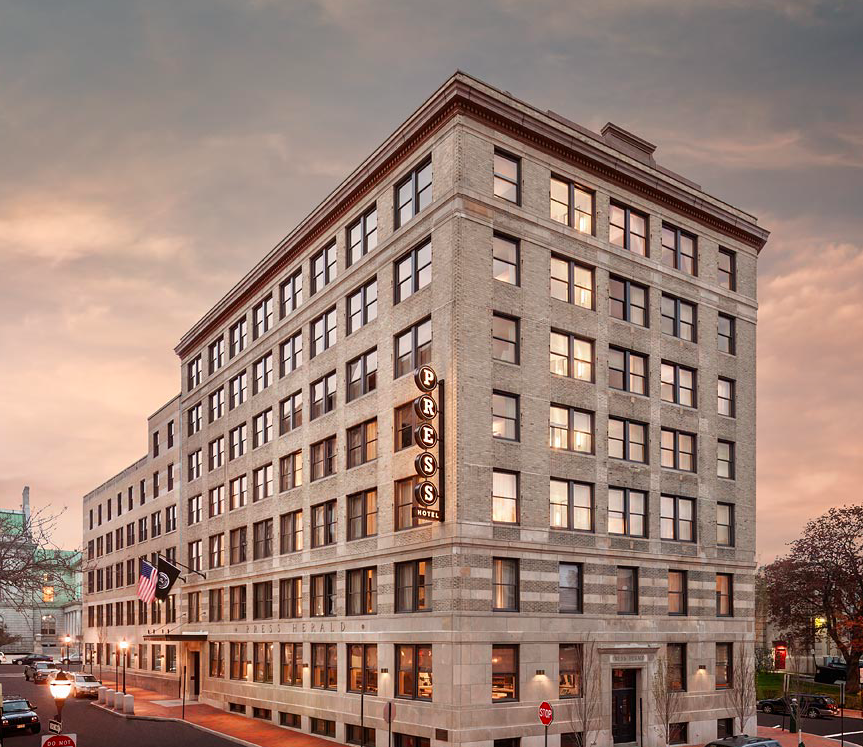 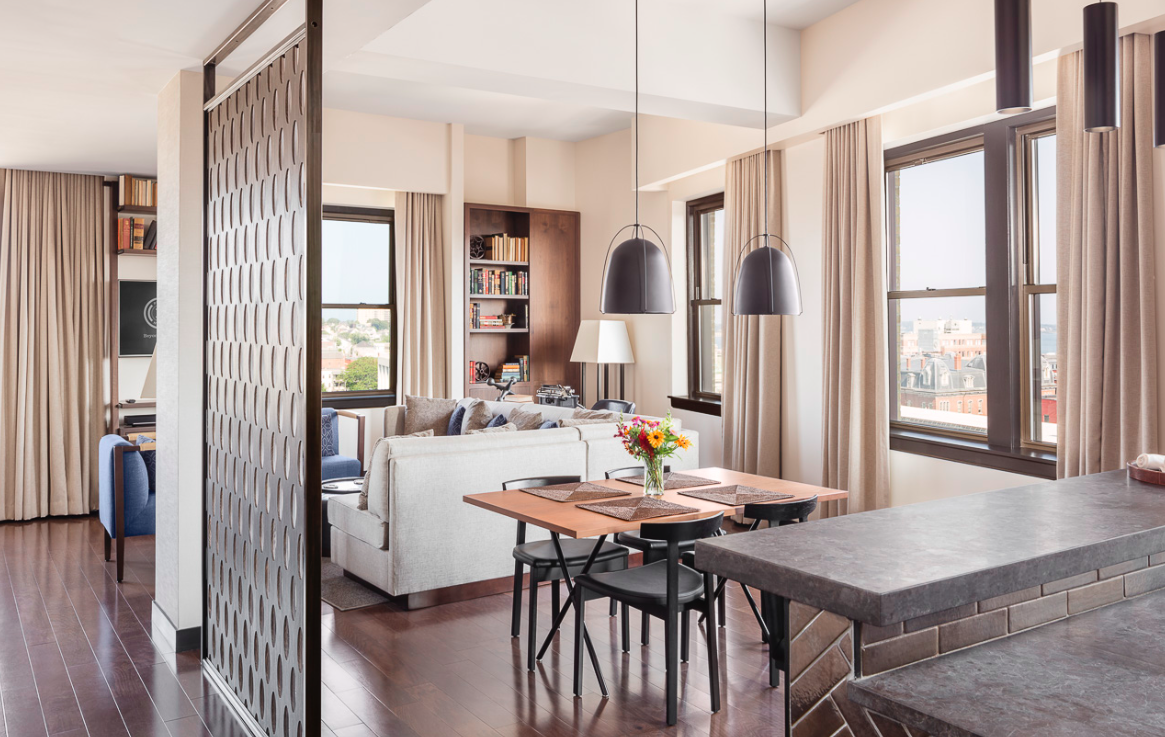 Portland, one of Maine’s most popular cities has probably more than its fair share of boutique hotels but none are better or more luxurious than the recently opened Press Hotel. This glorious looking hotel in the heart of downtown Portland is situated in the Gannett Building, which is the former offices and printing plant of the Portland Press Herald, the state’s largest newspaper so there is an awful lot of history within this old building ready and waiting to be soaked in during your stay in Portland. Taking inspiration from 1920s writer’s offices, all of the hotel’s spectacular guest rooms and suites (110 in total) boast a vintage-styled journalist desk, wood floors with herringbone area rug, and 100% local artwork to make them a welcoming place to relax and unwind. 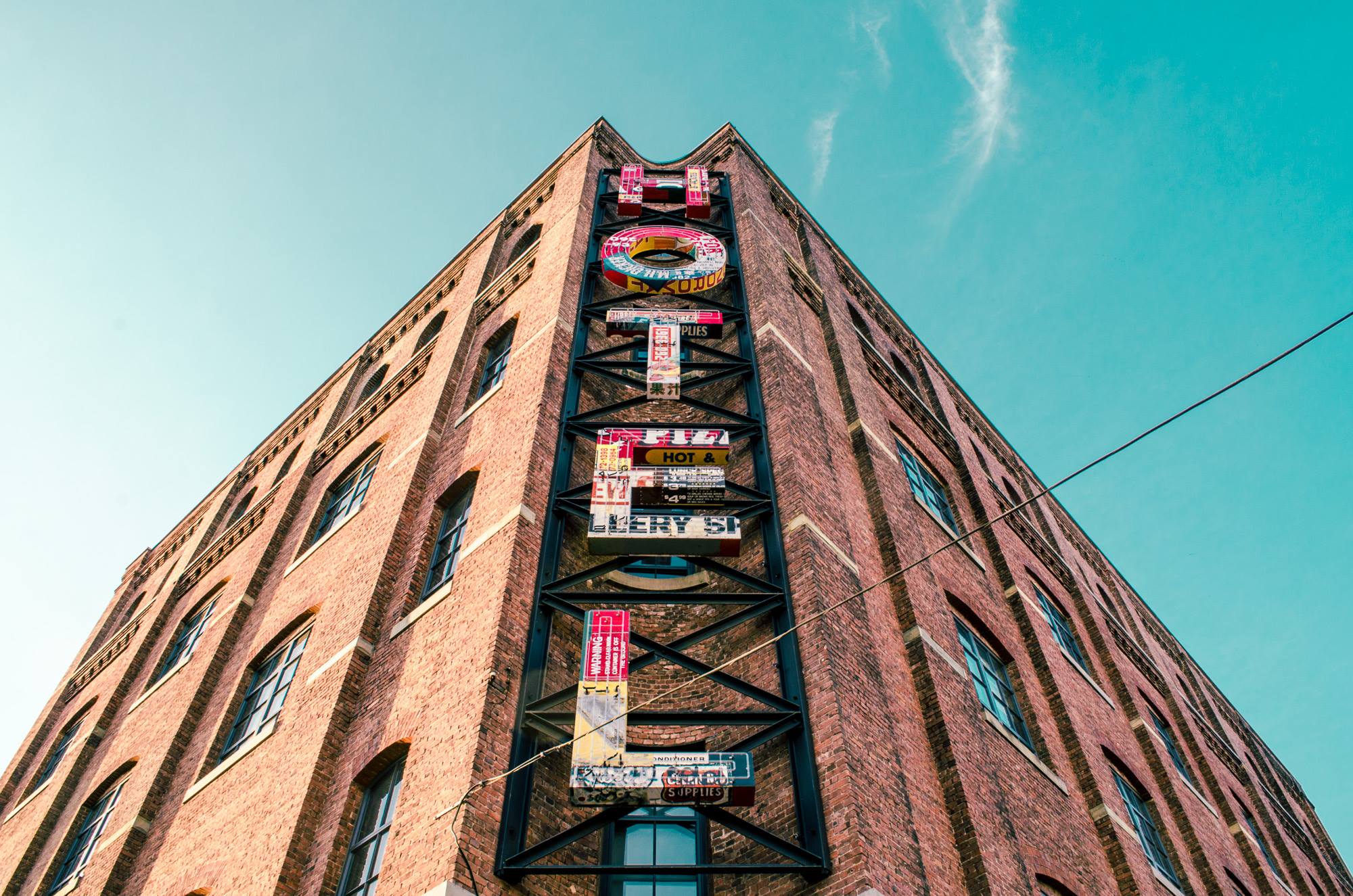 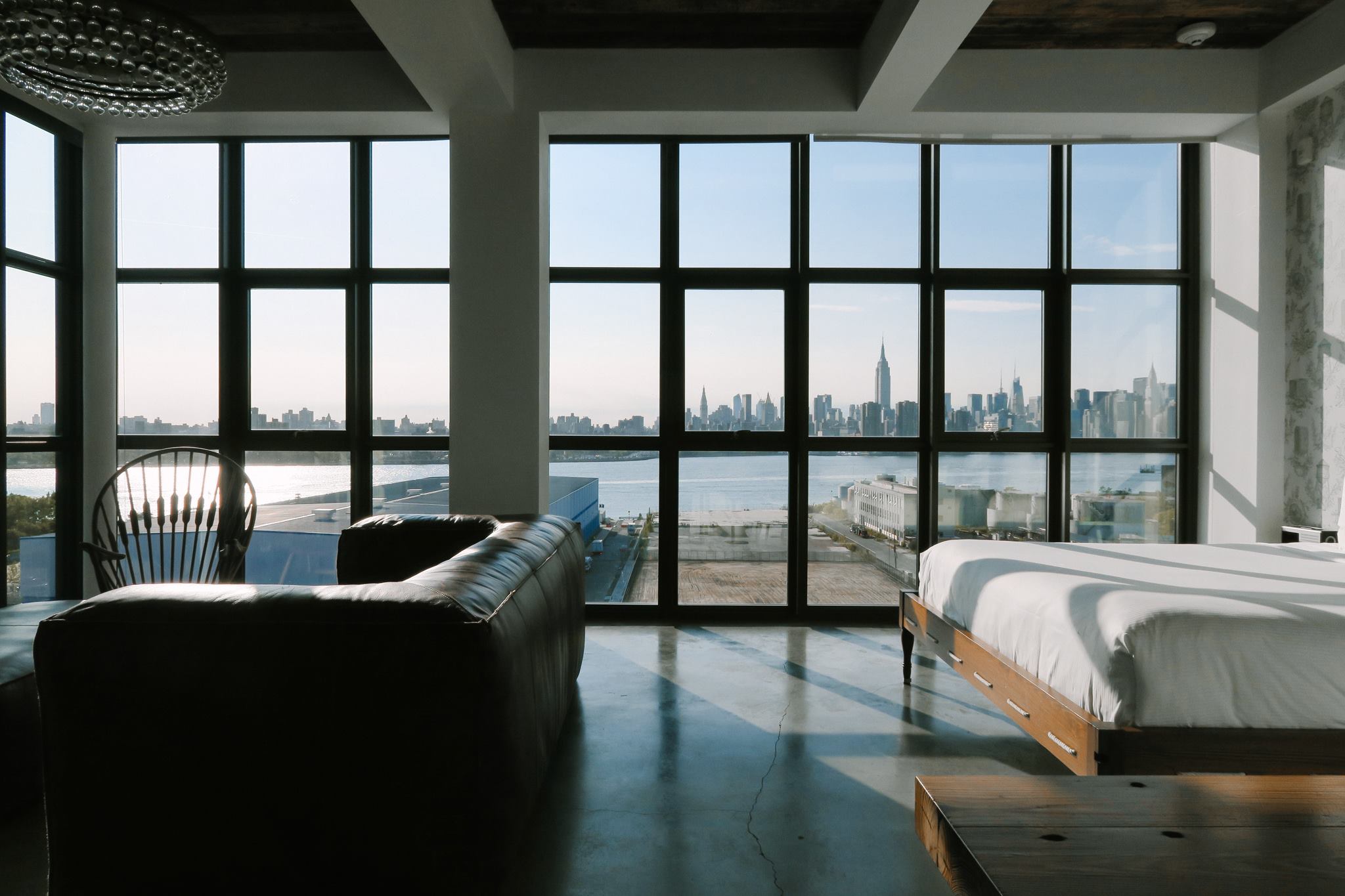 Whilst it was once the case that most people heading to New York would be looking to stay in Manhattan, more and more travellers are falling for Brooklyn’s charms and it’s because of fantastic hotels like the Wythe. This shabby chic offering opened back in 2012 on the Williamsburg waterfront and it was the first hotel in Brooklyn to make a conscious effort to reflect and champion the creative spirit of the Borough of Brooklyn. It is located inside a 116 year old factory building which has been painstakingly converted into a 70-room hotel that delivers killer views out across the Hudson River of New York’s iconic skyline silhouette. 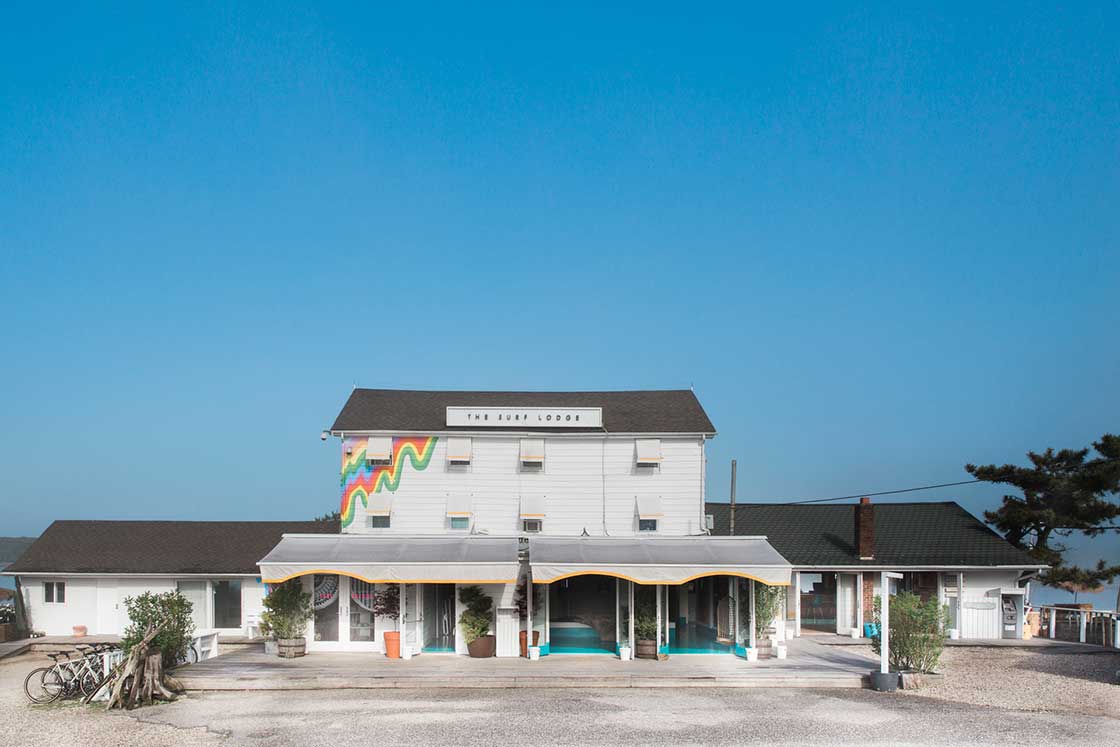 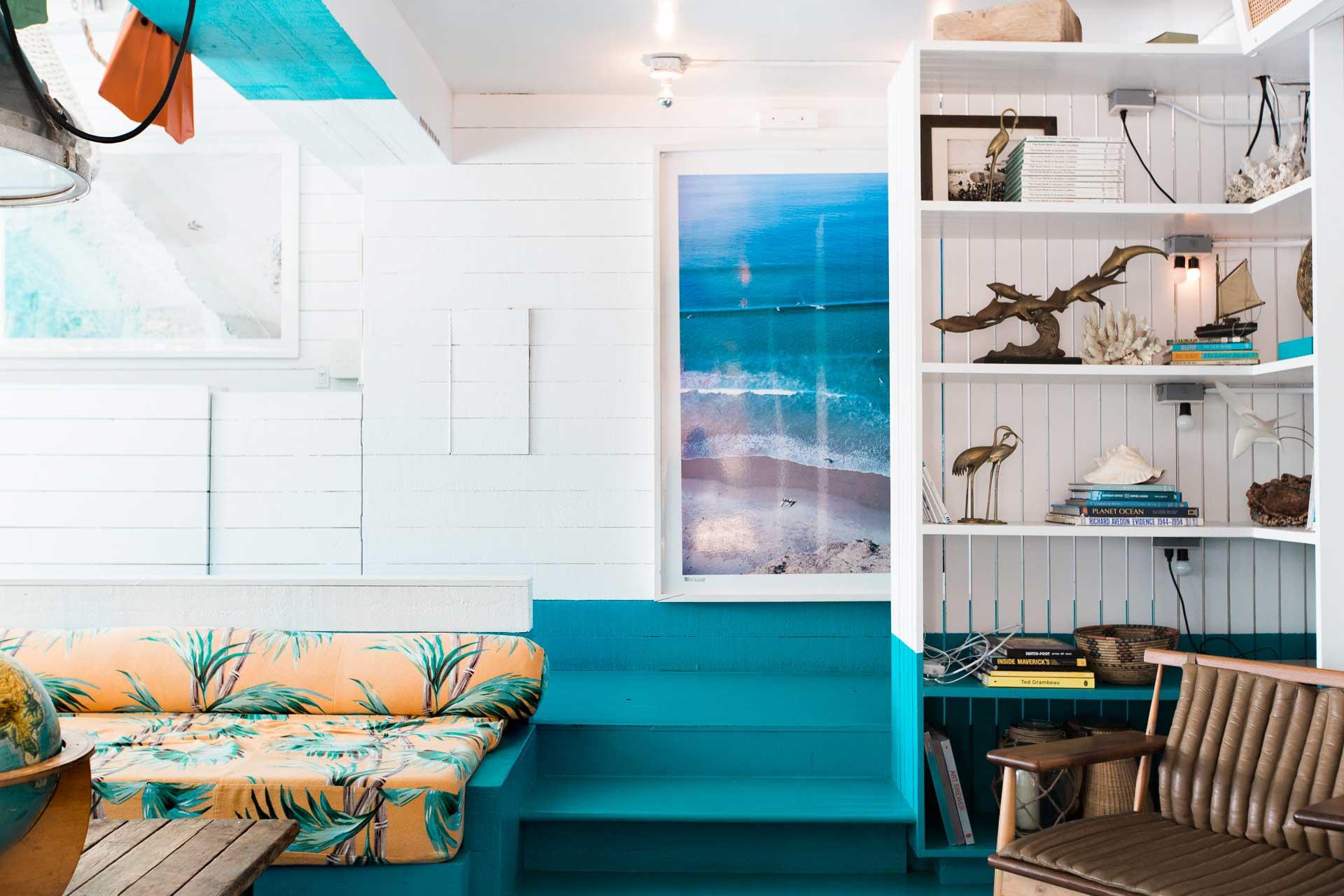 Though surfing isn’t really in our wheelhouse of skills here at Coolector HQ, relaxing certainly is and that’s why the amazing looking Surf Lodge in Montauk has caught our travel loving eye. The laid back vibe of this New York State located hotel is going to appeal to those who want to chill out on their travels and this top notch lodging has a bohemian spirit and is situated on Montauk’s raw, untouched coastline, which is teeming with fishermen, artists, travelers and surfers, which all combine to give guests of the Surf Lodge a wider sense of community, which will remain with them well beyond their stay here.

Austin, Texas, is one of America’s coolest cities by far so it makes sense that you’ll want to stay in one of the coolest hotels that it has to offer and Hotel Saint Cecilia might just be the best of the bunch. The hotel was created as a nod to the patron saint of music and poetry and takes its design inspiration from the iconic era of the late 1960’s and early 1970’s when a revolution of rock and roll and beat poetry overran the hallowed halls of established convention. This wonderfully appointed and decorated hotel has five suites, six poolside bungalows, and three studios to choose from and is located in South Austin, a stone’s throw from all the sights and sounds you’ll want to see during your stay. 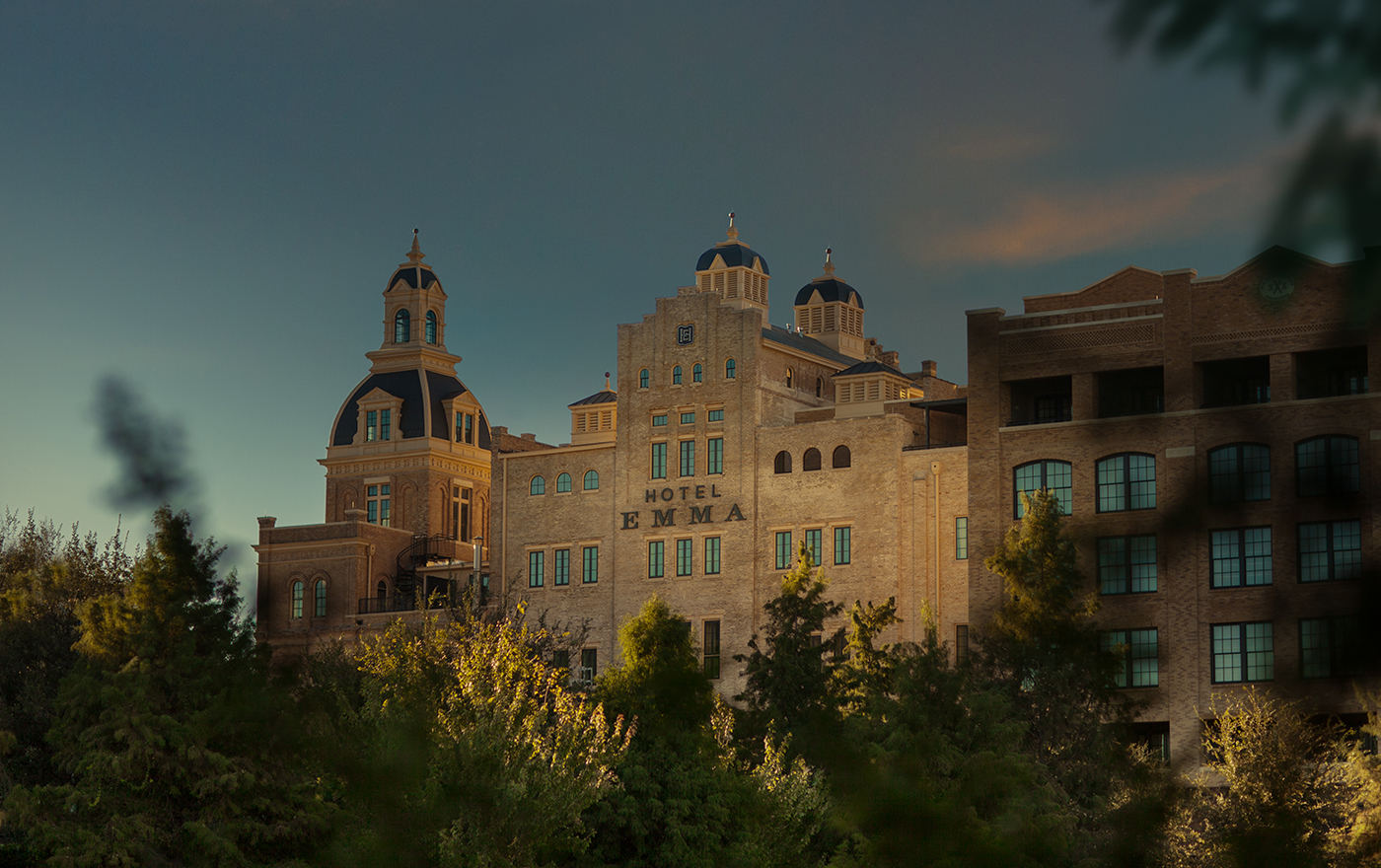 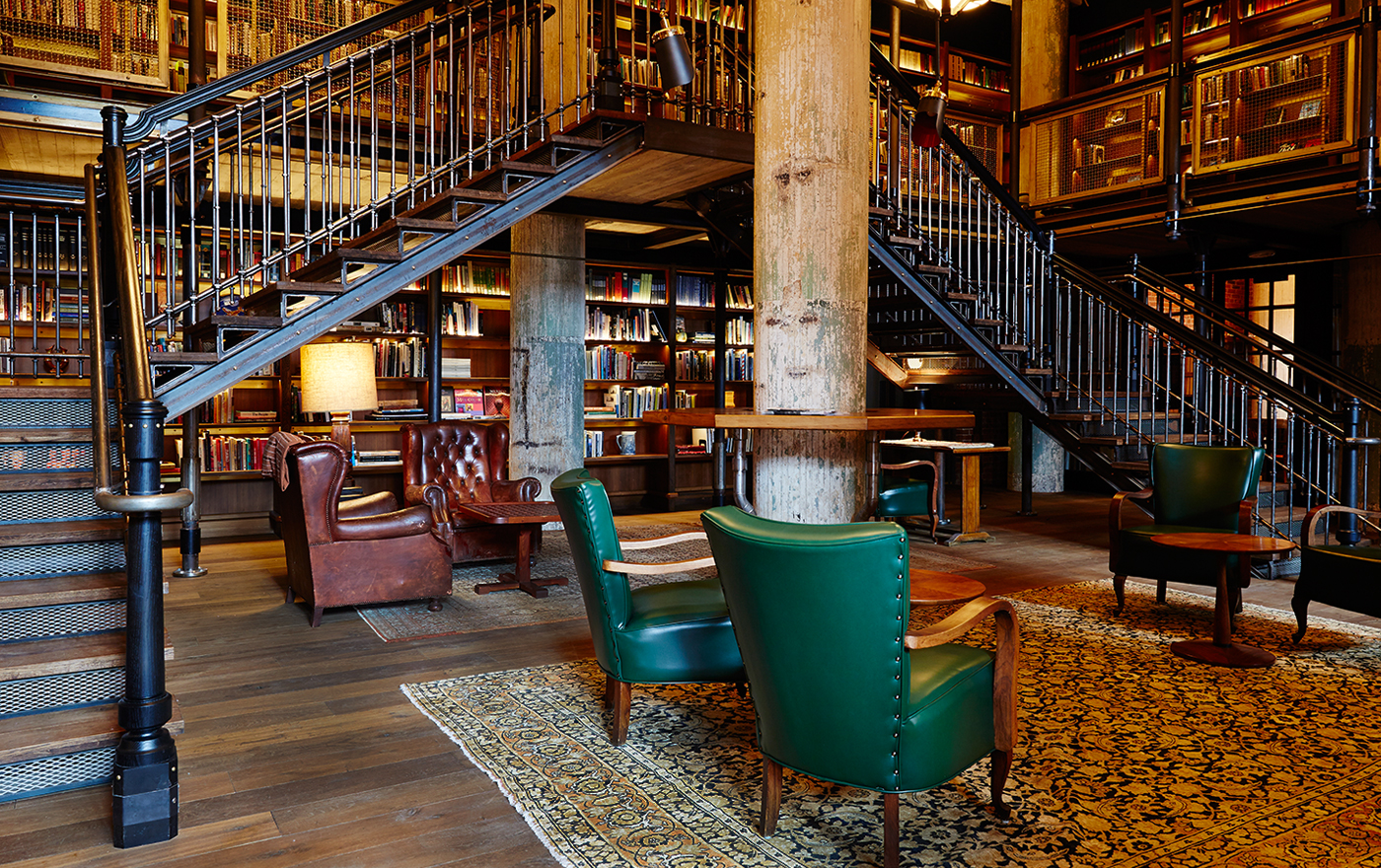 One of the larger hotels on our list, the Emma Hotel has some 146 rooms but the boutique nature of the design is impossible to ignore and that makes it a welcome addition to our round up. The Emma Hotel is located in downtown San Antonio and, given our craft beer proclivities here at Coolector HQ, we were delighted to hear it was once a 19th century brewhouse. With a heady mix of rooms and suites, you’ll find something for every traveller’s budget at the Emma Hotel and if we ever find ourselves in San Antonio, this is almost certainly where we’ll be headed. 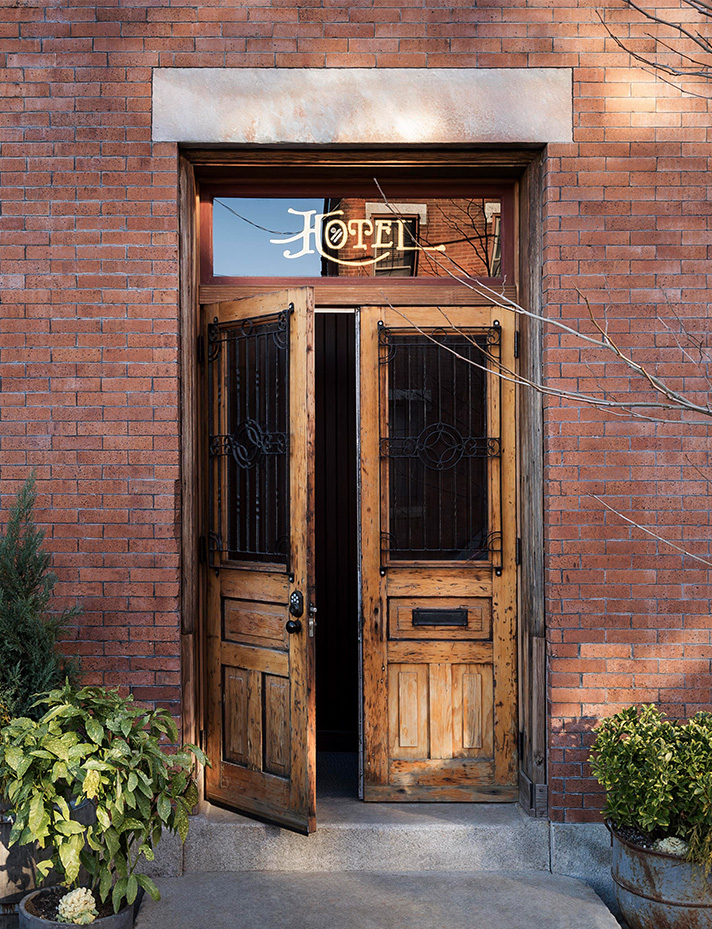 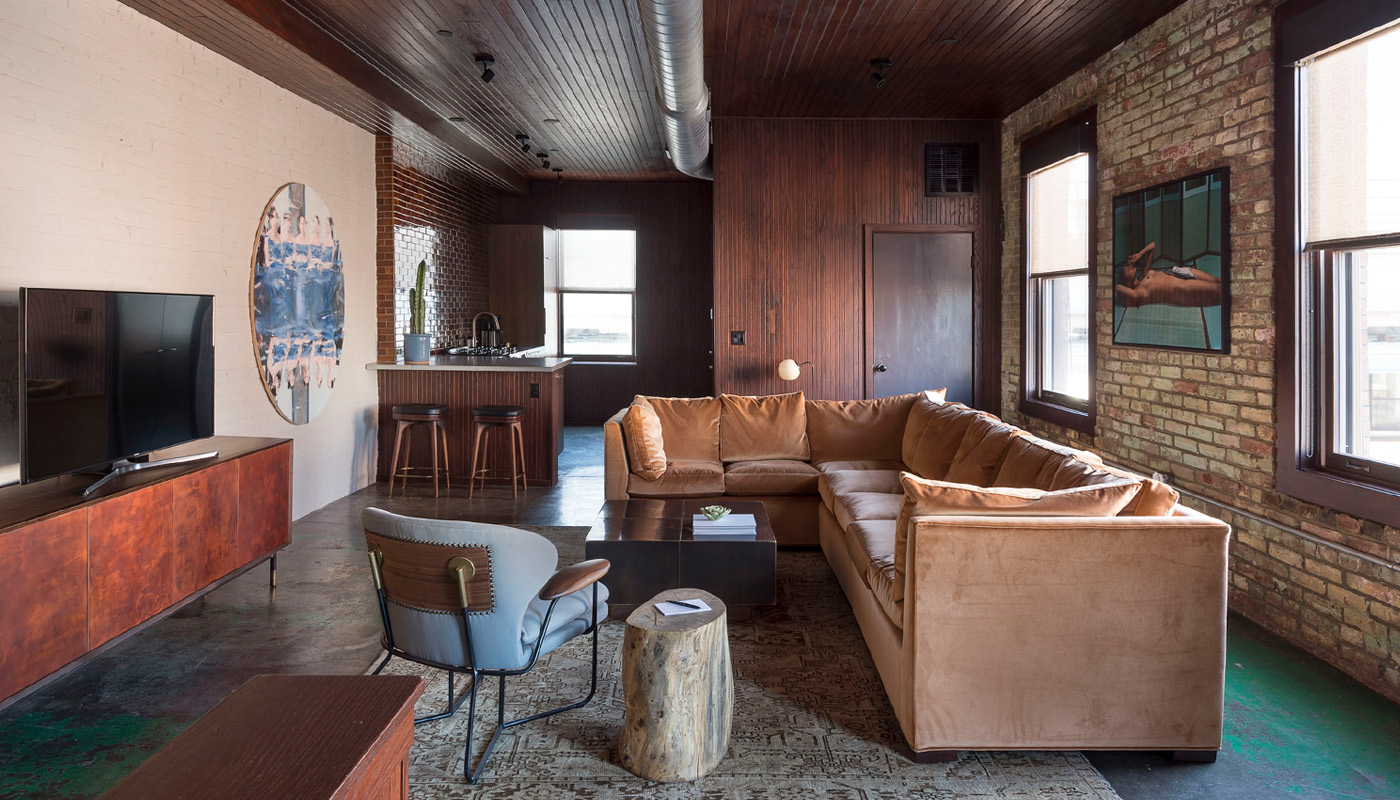 The epitome of boutiqueness, the WM Mulherin’s Sons Hotel has just four rooms but each of them is a spectacular and sumptuously appointed offering that will be like a real home away from home during your stay in Philadelphia. With each impeccably restored room boasting luxurious king size beds, custom-made furniture with hand curated artwork, fixtures, vintage rugs, living plants and cacti, the attention to detail with the interior design is second to none and exactly the sort of stand out hotel we look for whilst travelling ourselves here at Coolector HQ. Undoubtedly one of Philadelphia’s coolest places to stay. 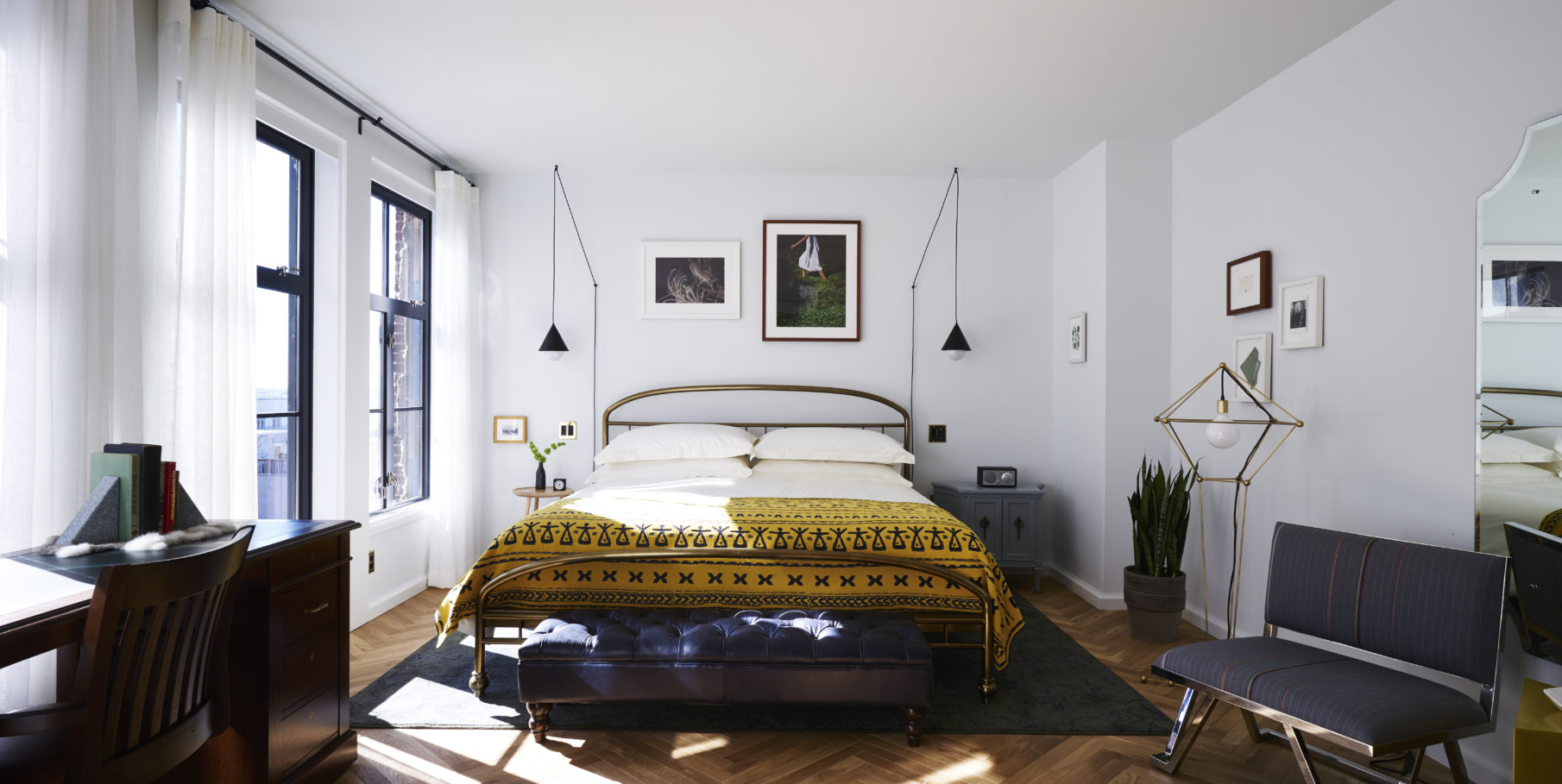 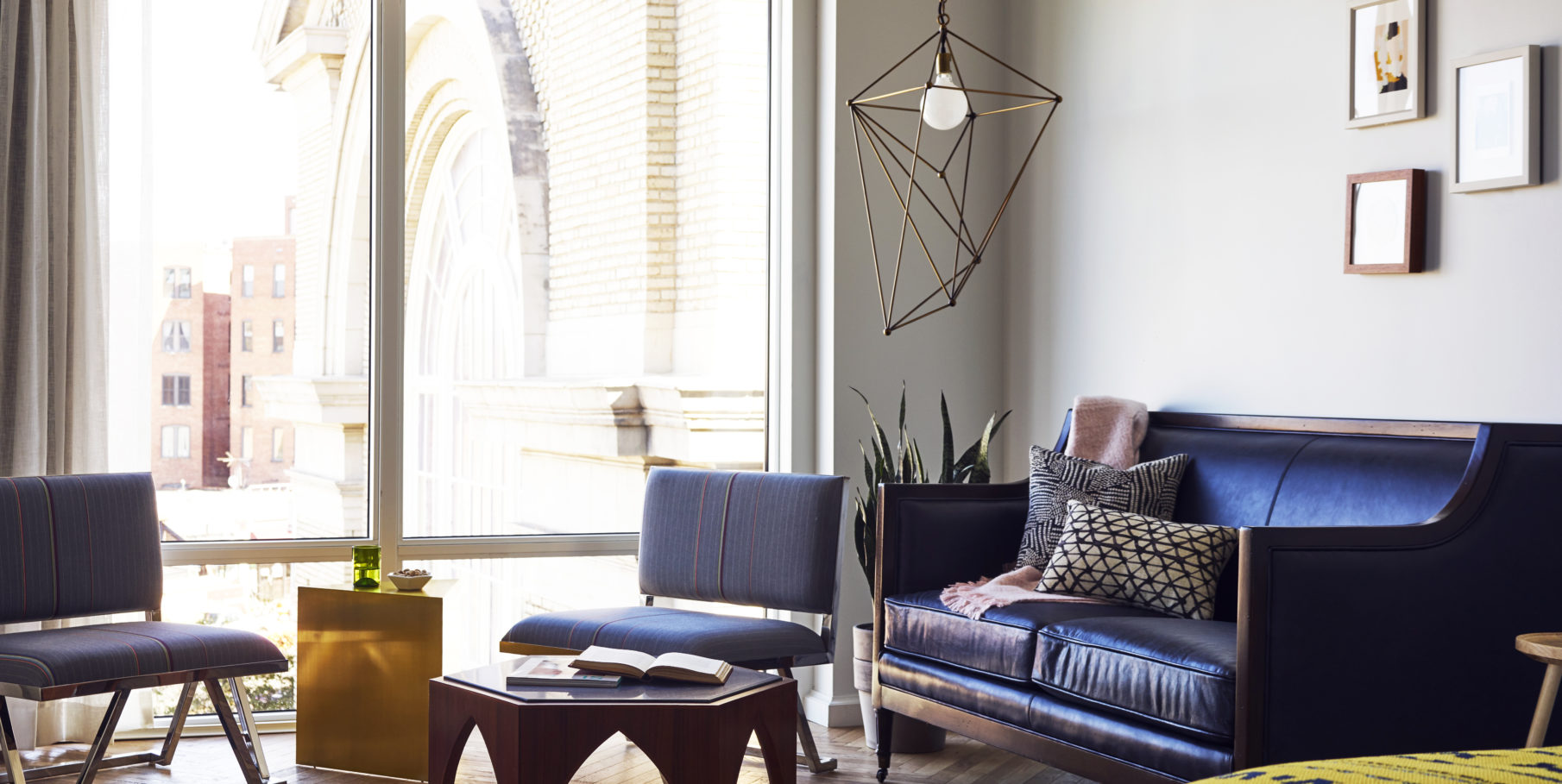 The US capital is a most see during any American adventure and if you’re looking for a boutique style place to stay, The Line Hotel is it. Inspired by the Adams Morgan District and located inside a 110-year old historic church, The Line DC Hotel is the product of a community effort by local chefs, bartenders, artists, and designers to deliver a truly stunning boutique hotel for one of America’s most historic cities. With a variety of standard rooms and suites to pick from and a brilliant policy of letting pets stay for free, this is the hotel we’ll be making a bee-line for the next time we’re in Washington DC.