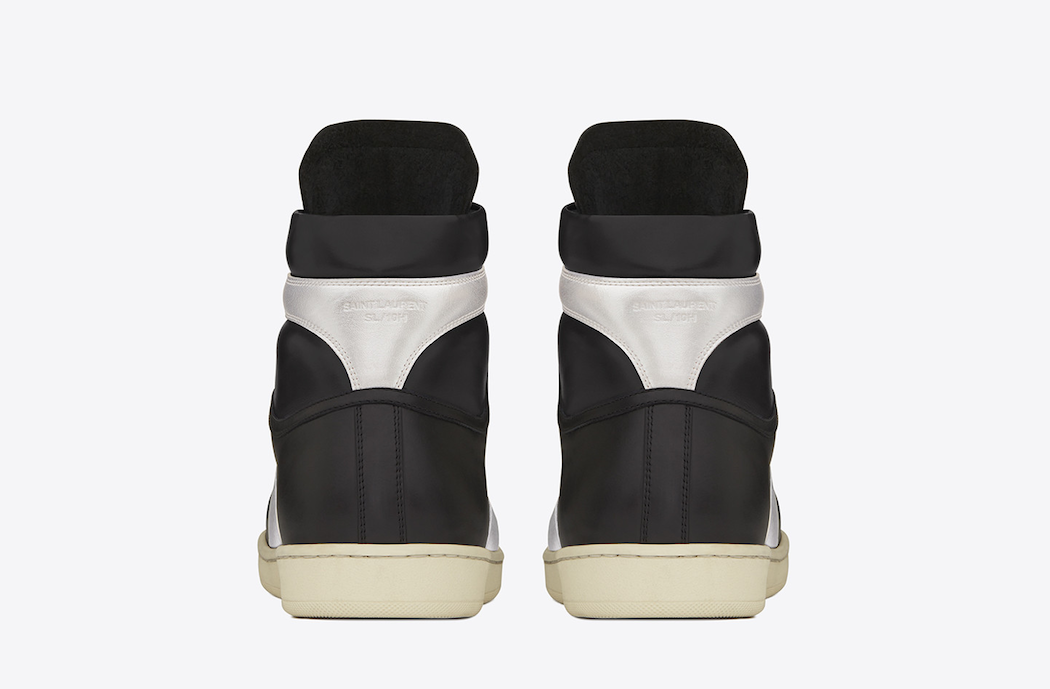 The sneaker landscape these days is a crowded one. Look at those around you, on the tube, on the bus or walking in front or alongside on the street and you will notice a wealth of all types of sneakers/trainers being sported but I bet most of them including yourself have never stopped to consider the roots of the very silhouettes you and your fellow man are wearing.

This is the age where comfort in sneakers has reached uncharted levels and so has its aesthetics. From Adi Dassler and Bowerman’ and Knight’ Nike to now Common Projects, Balenciaga, Maison Margiela et al joining the latter, we have seen the luxury fashion sector make its move into the sneaker game over the last decade however it has only been in the last few years that we are now seeing designers release their offerings with steady frequency.

While still only recently accepted in the game by sneaker purists, some silhouettes are already being considered iconic and legendary. Here we look at ten of most sought after luxury sneakers in recent times: 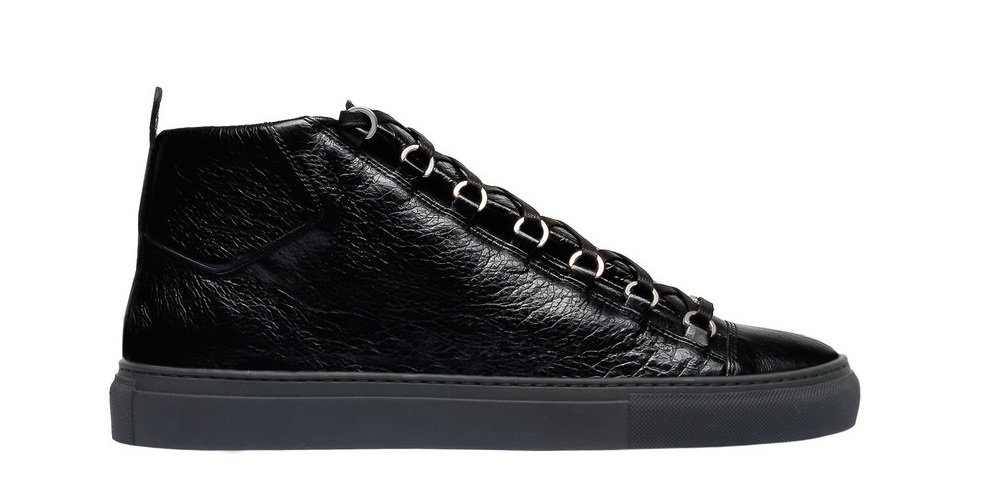 Exploding onto the fashion scene in 2012 the Arena was an instant hit. With influential celebrities like Usher Raymond and Kevin Hart consistently being seen in them, it wasn’t long before the public were following suit and saving up the dough to acquire pairs for themselves. A silhouette made from 3 main panels in tumbled leather and a cushioned ankle collar which all sat atop of a vulcanised matching colour sole, it exuded a minimalistic yet luxuriously sleek look.

The lace eyelets being metal rings gave the whole body an undertone of edgy and cool. A low top version was released in 2013 as well the high-top version being released in numerous different luxury skins. Even though it’s a silhouette whose peak has waned in recent times there is no argument about its impact in such a short period of time. 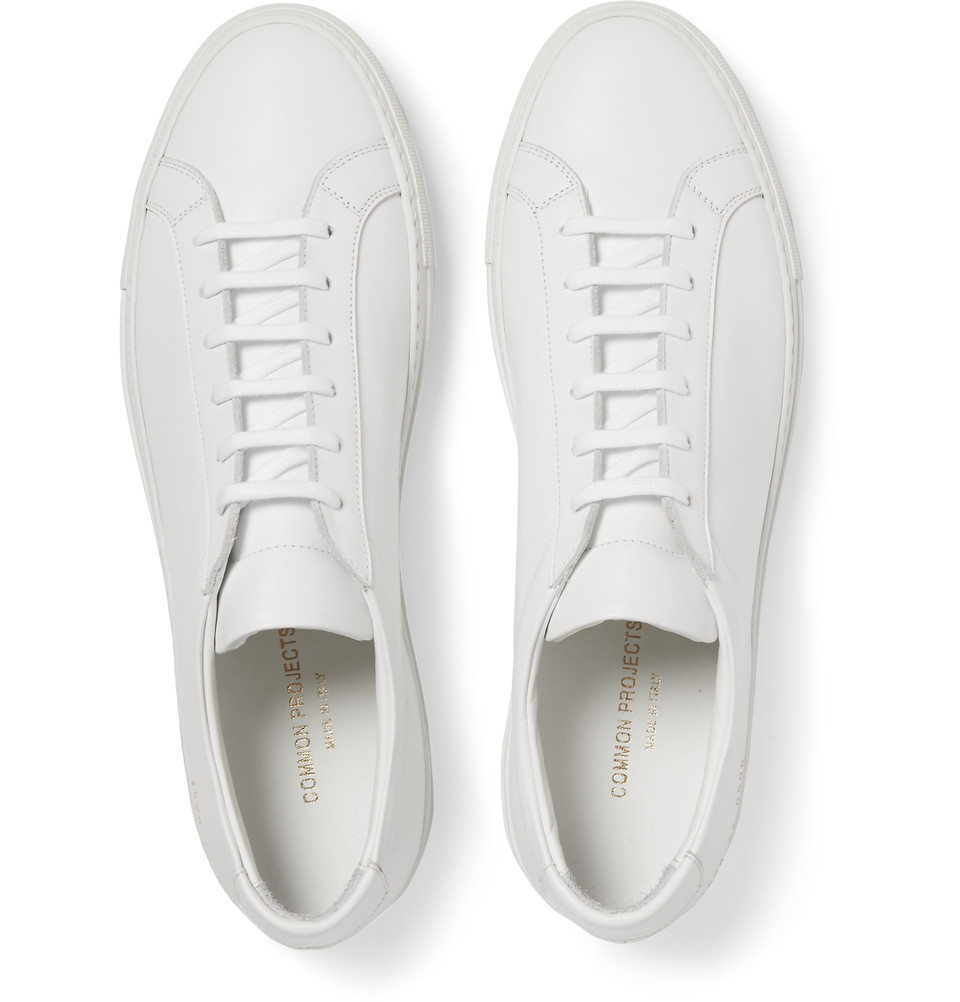 The ‘Office Sneaker’, Common Project’s Achilles low top extraordinaire is in the top 3 that can legitimately lay claim to opening the door for smart sneaker silhouettes to be accepted in the office with a tailored suit (best to ask your boss first if you want to wear a pair on the Monday morning). The original colourways of all tonal white or black leather with its signature serial number at the heel was as clean as you can get in a luxury sneaker.

The toe box and front end resembles the shape of a brogue, being narrower than most and with a collar that was cut way below the ankle, it’s little wonder why it is an ultimate ‘dress sneaker’. The American/Italian brand’s bread and butter, they have released a wide array of colours with the silhouette considered among the must have footwear staples in any man’s wardrobe. 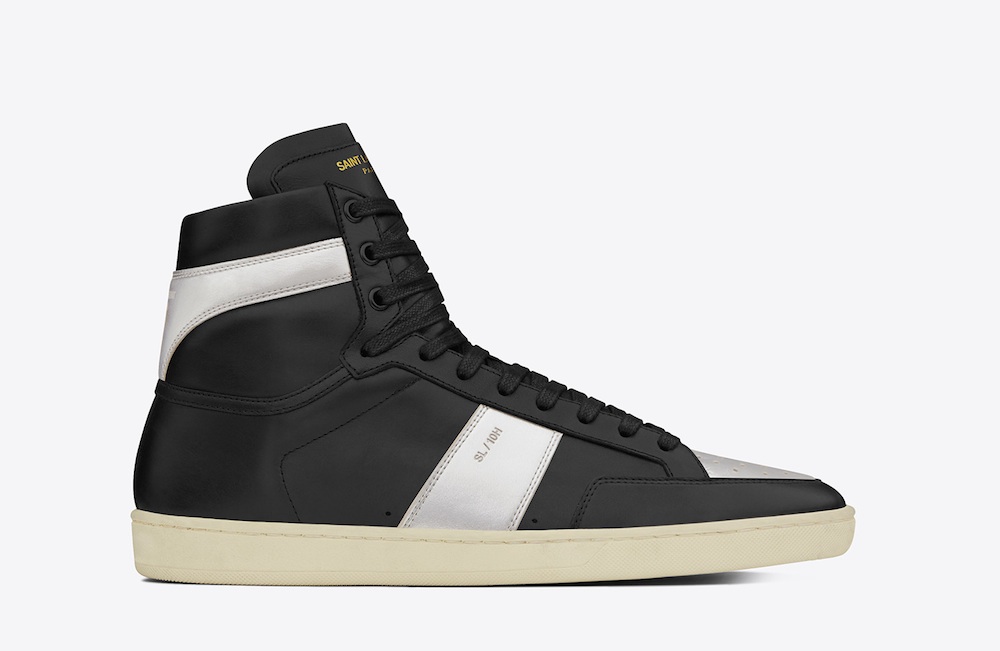 True and hardcore sneakerheads will instantly recognise the similarities between Saint Laurent’ SL10 and Nike’s iconic Air Jordan 1 OG Hi but there’s little doubt that Saint Lauren’ offering is inspired by the legend to create a sneaker that boasts that classic ultra-high cut and flat sole silhouette that transitions flawlessly from the basketball court to the high-end fashion market. 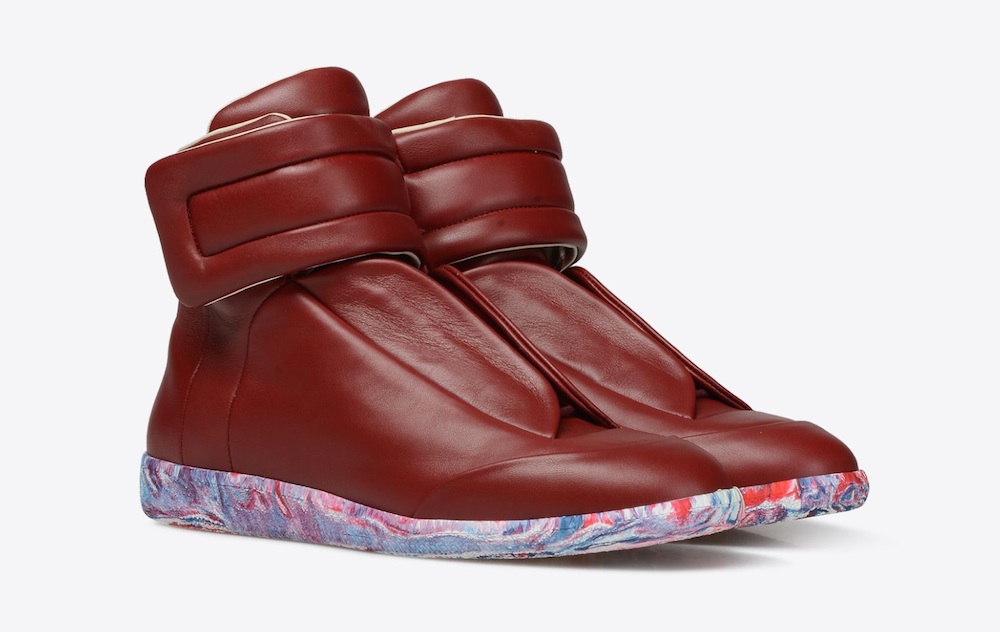 When formally known Maison Martin Margiela started making moves into the shoe game it was probably way ahead of its time. Maybe that’s why they called this sneaker the ‘Future’ as the original version of this silhouette was released for the cult brand’s Spring/Summer 2011 collection in an all grey colourway.

Known previously as the SCI-FI, it has all the features of the original design but with a more streamlined fit. The closed off lacing along with the padded ankle strap and the French seam-like craftsmanship gives the shoe a galactic yet avant-garde feel. It is without a doubt in a league of its own in terms of design and with Kanye West as one of the biggest ambassadors for Margiela the silhouette has seen its reputation bloom and its place cemented among the icons of the luxury shoe game. In the meantime, for this sneaker the future seems bright. 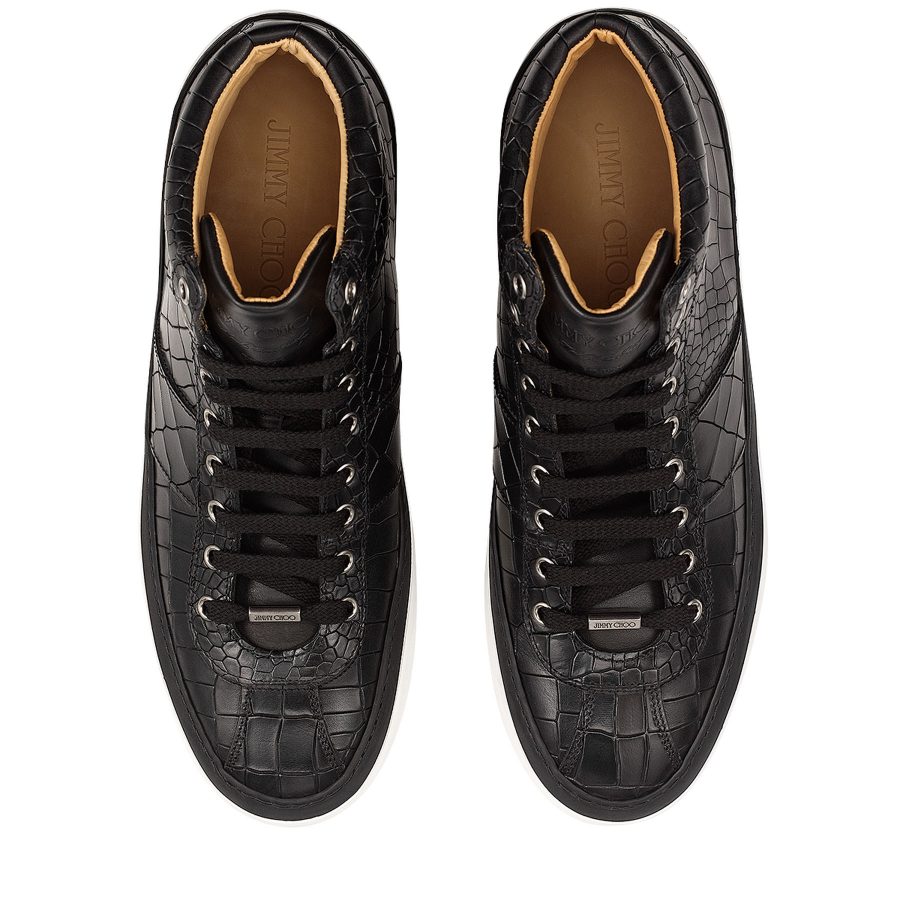 The Belgravia has long been a staple in the Jimmy Choo footwear collections however it didn’t have the best of starts to its release in 2012. With many baying for more edgy and abstract designs, it took a back seat in the luxury sneaker game. However, it did gain traction and popularity among the toffs and mostly those who preferred cleaner lines and classical styling.

The original colour-way was featured in scored black leather with a black suede padded ankle collar. The grey contrasting sole and stamped branding gives the silhouette a truly polished yet opulent feel, this cult sneaker may yet have its day in the limelight. 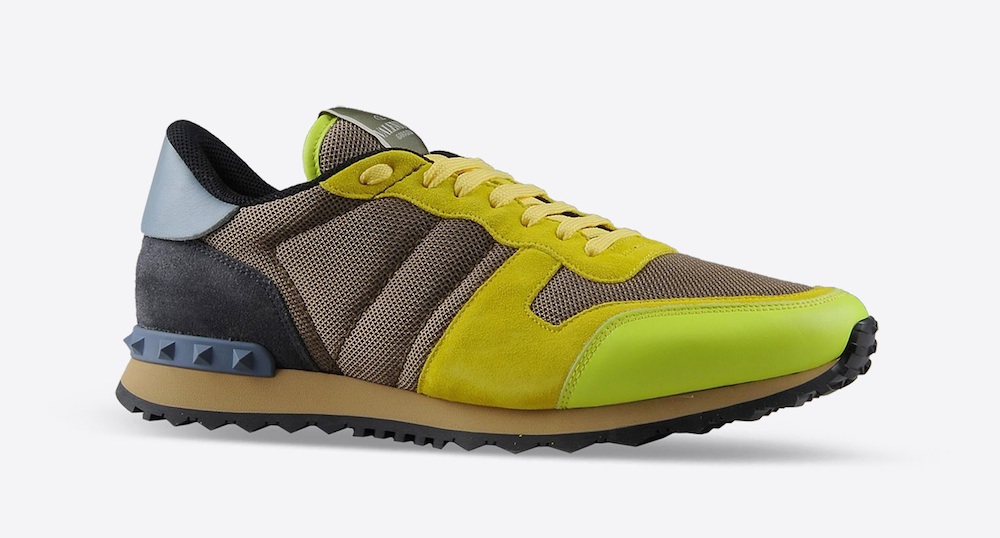 2013 was a big year for Valentino. It was the year they took the running silhouette and ran away with it and created their sneaker offering simply known as the ‘runner’. The shoe exudes that athletic aura mainly due to the classic running design however it is the detail on the shoe that sets it apart from the rest of the pack that also uses the running blueprint.

Almost every release has come in multi coloured camouflage or alternative print and constructed in leather and suede to give a quality seen only in the luxury sector. The studded heel that is now a mainstay across the brand’s footwear range adds that extra plush feel that lets you and others know you’re wearing a sneaker that’s not only based on a classic but also well on its way to being one too. 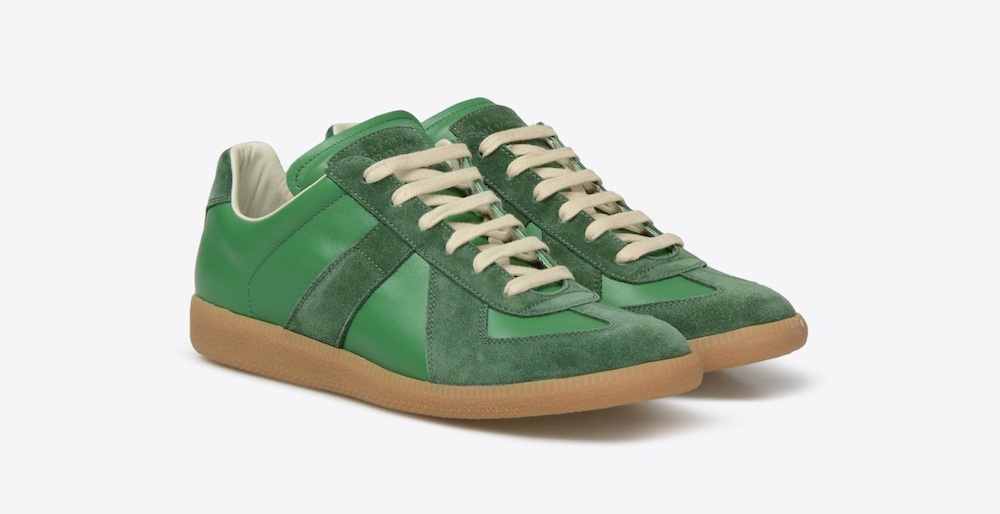 The MM Replica emanates from a true grail of a luxury sneaker. The original was inspired by the German Army Trainer of the 70’s and designed by non-other than Adolph ‘Adi’ Dassler and his brother Rudolf Dassler who founded Puma.

With a slight variation on the mid foot panelling, the original had graffiti all over it marked in black pen. The Replica keeps true to the earlier silhouette and is an ode to a grail that we normal folk cannot have. 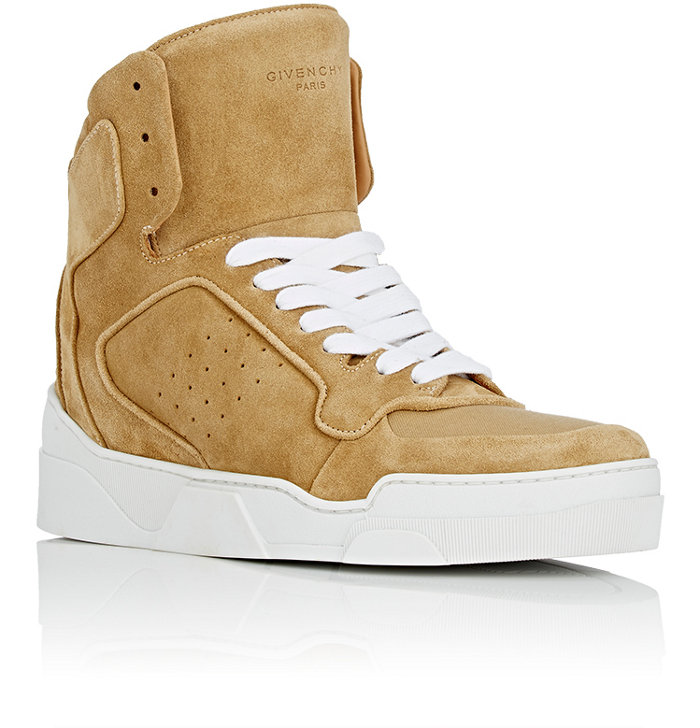 If the SL10 was a luxury ode to a sporting sneaker legend, then Givenchy’s Tyson is a souped up tribute to the general classic high-top. Hitting shelves and computer screens in late 2012 the Tyson garnered much fanfare particularly among the Asian market. It is everything Tisci by design.

Bold and abstract leather panels, the extreme high cut ankle and the large metallic stars studded across a leather ankle strap makes this sneaker one of the quietly eccentric statement pieces in the luxury footwear game. Previous releases include a floral print version from the brand’s pre-spring 14 footwear collection, be sure to check that one out. 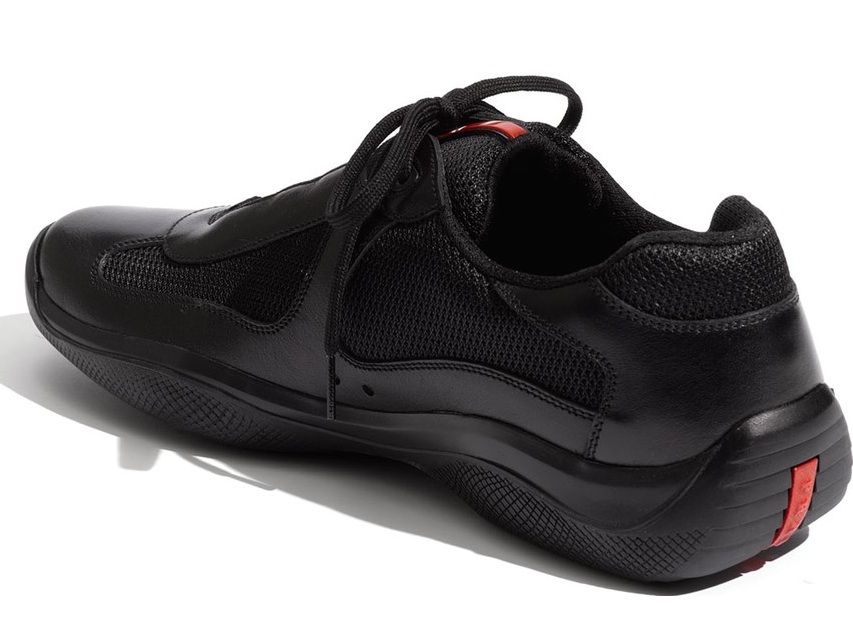 If we told you that the Prada American cup was a sailing sneaker you’d probably throw your new copy of GQ at us and think how can we publish such information. Well, although it is poles apart from a traditional boat shoe, the American cup is indeed intended for the water and was originally designed for the Luna Rossa sailing squad during Prada’s sponsorship of the team.

Popular among 2000’s ‘Roadman’ the silhouette has experienced somewhat of a resurgence as of late. Released in 1996, the styling is similar to that of the Air Jordan XI with both also using patent leather and a scored rubber sole on their respective designs. It is an anomaly of a shoe that has gained a large following from the urban style generation when actually aimed at more prosperous clientele. You’re more likely to see a pair on Oxford Street than on New Bond Street. 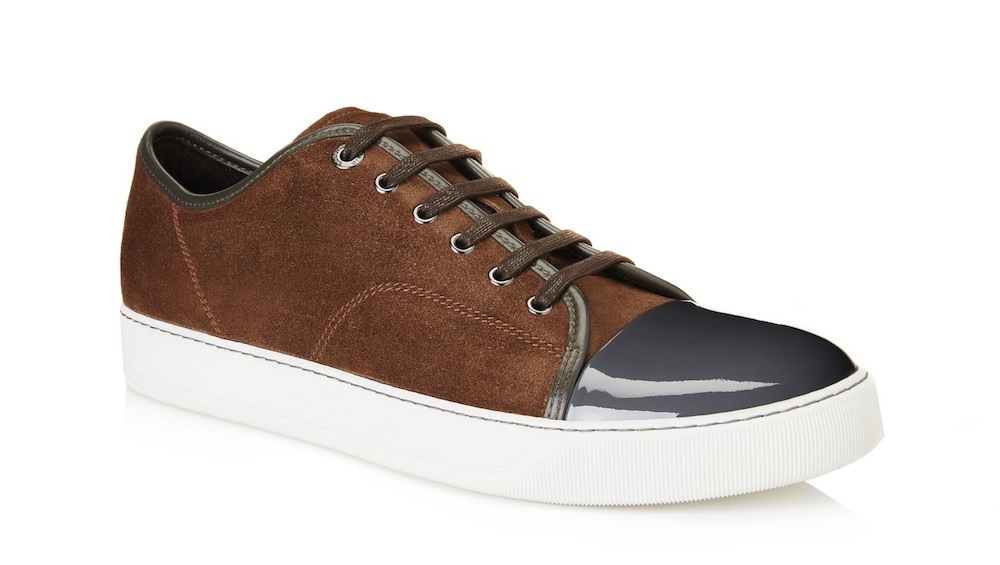 Lanvin, the haute couture brand’s menswear collections are known for its minimalistic and traditional tailoring that ever rarely ventures into unknown territory. So, it wasn’t a surprise that their most popular sneaker would be a soft blend of minimalism and conservative styling.

The toe cap sneaker is casual yet business like all at the same time with that patent leather toe box reminiscent of the stitched line on a pair of Oxfords. Originally released in 2005 in suede and leather trimmed ankle seam, what has made the toe cap a shoe in the ascendency is that it represents pure understated elegance.

10 of the Most Iconic Fashion Sneakers 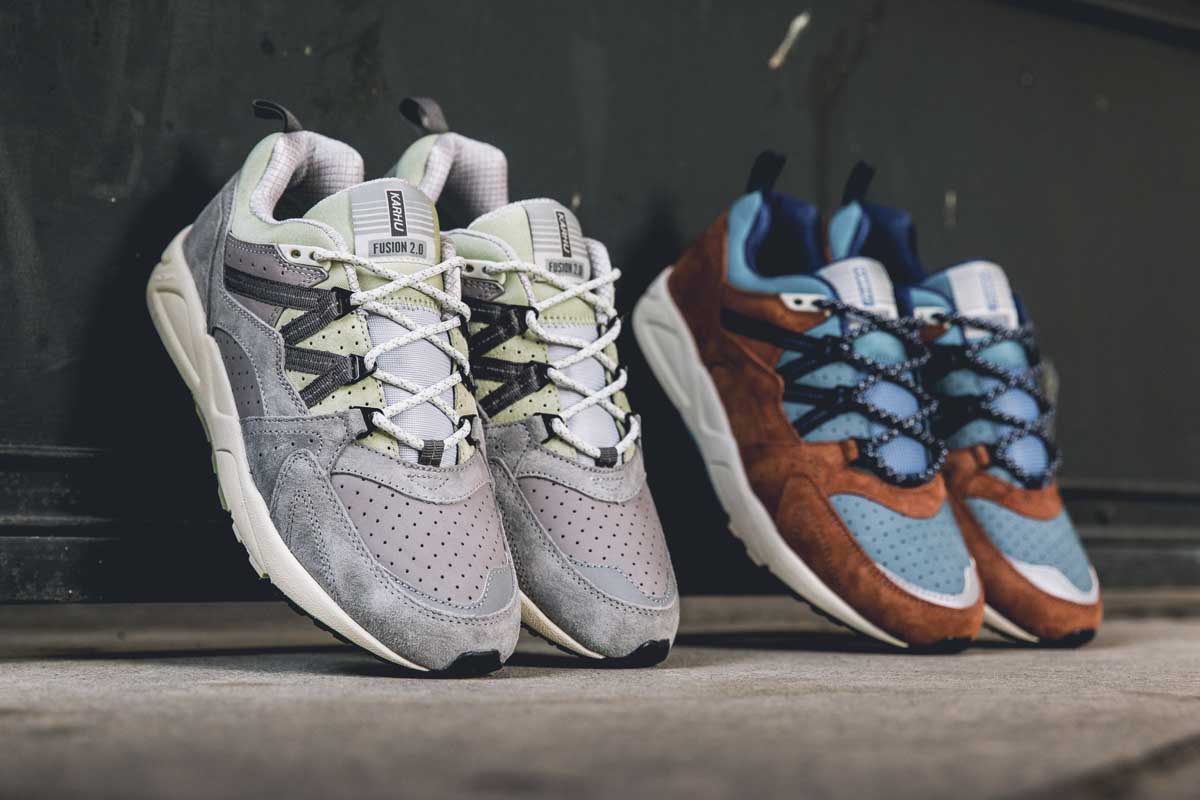 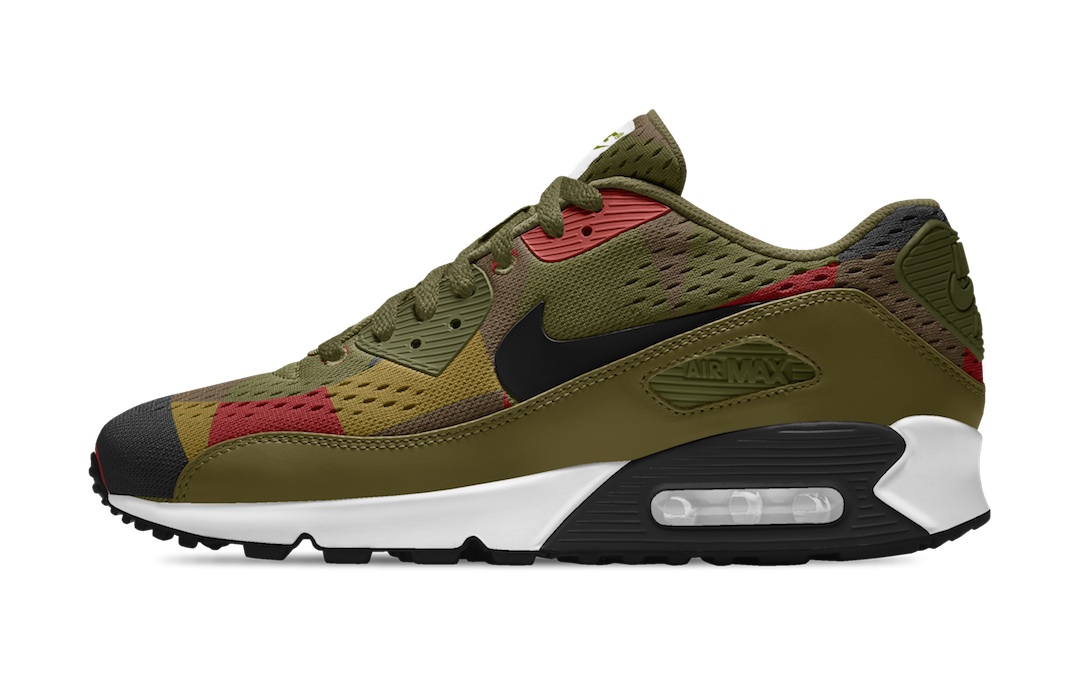