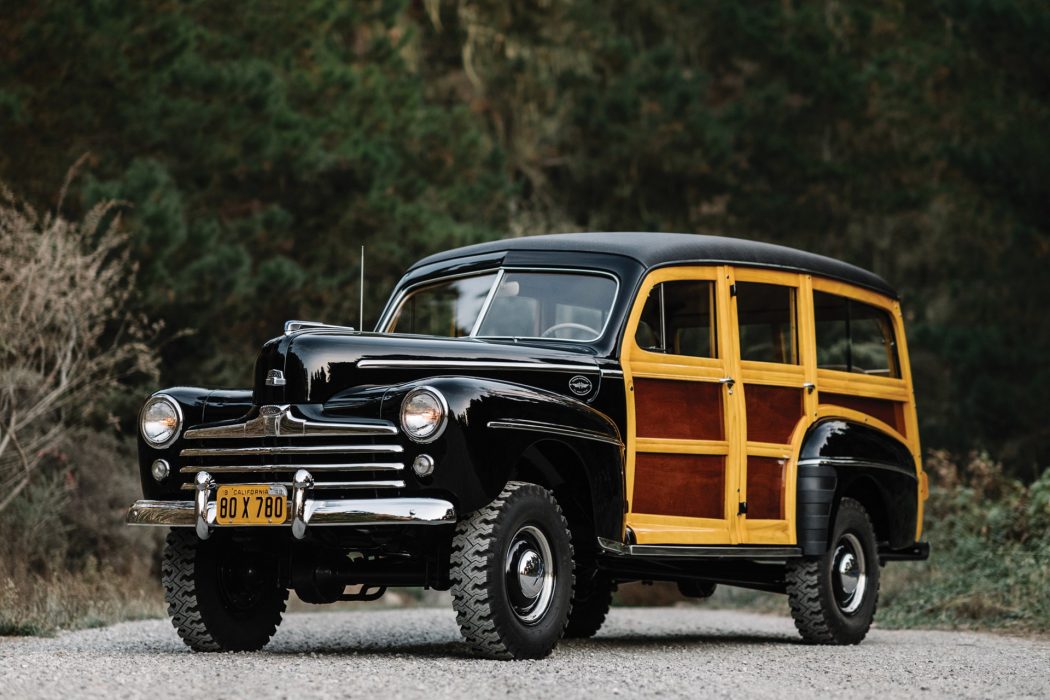 Back in the 1940s before the modern SUV as we know it, there were other vehicles that filled this motoring void and none did so better than this rather extraordinary looking 1948 Ford Marmon-Herrington Super Deluxe Station Wagon which is going under the hammer with RM Sotheby’s and is undoubtedly one of our favourite lots of 2019 here at Coolector HQ.

This rare and highly desirable Marmon-Herrington AWD conversion has already turned plenty of heads in classic car circles and bidding is sure to be high when it goes under the hammer. This old school cool classic from RM Sotheby’s boasts top-of-the-line Super Deluxe trim, including factory radio and includes owner’s manual and album with factory photos and memorabilia. Perhaps best of all, however, is the fact it has done just 600 miles since it has been restored.

Beginning in 1937, Ford station wagons were converted to all-wheel drive by Marmon-Herrington and it is one of these that can be yours courtesy of this RM Sotheby’s auction. They were limited to off-road use (hence the SUV reference), as they were initially not offered in two-wheel-drive mode. The wagons were sent directly from Ford’s Iron Mountain facility to the Marmon-Herrington plant in Indianapolis, Indiana. It is here that they removed the wooden body from the chassis, reinforced the chassis, and installed the full-time all-wheel-drive hardware.

This stunning 1948 Ford Marmon-Herrington Super Deluxe Station Wagon from RM Sotheby’s has definitely caught our eye here at The Coolector as it is one mighty impressive piece of motoring history. Originally sold for $4,000, they were twice the cost of the standard Ford wagon, and as such, sales were few and far between. In addition, war interrupted production, which continued following the conflict until 1948. The wagons proved perfect for use by lodges in remote locations to transport guests as well as by the U.S. Forest Service and the U.S. Army, thanks to their off-road capabilities made possible by the substantial increase in ride height over standard wagons.

With this particular example being the beneficiary of a meticulous nut-and-bolt restoration, with much of the work done by staff members from the noted Nick Alexander Collection, it’s safe to say you’re unlike to find one in so good a condition as this lot from RM Sotheby’s. It has been finished in Medium Luster Black and this M-H “woodie” has top-of-the-range Super Deluxe trim that includes chrome mouldings around all windows, a horn ring, two sun visors, armrests on all doors, passenger assist straps, and horizontal chrome trim on the body.

In addition to the breathtaking woodwork of this 1948 Ford Marmon-Herrington Super Deluxe Station Wagon, it also boasts a properly painted wood-grain metal dash, rubber flooring, correct brown interior upholstery, and it has been fitted with aggressive 7.00-15LT Super Traxion off-road tires that help it live up to the off-road heritage for which it was so famed in the first place.

If you want to add a vintage off-roader to your line up of classic cars, you need to get yourself to the RM Sotheby’s Auction in Arizona this January and get bidding on this majestic looking 1948 Ford Marmon-Herrington Super Deluxe Station Wagon. It has some thoroughly impressive features both inside and out and you’ll not find another of its type in such remarkable condition. Happy bidding!

Of all the modes of urban transportation we have to pick from in today’s day and age, it is the electric skateboard that most… 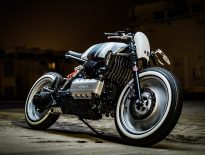 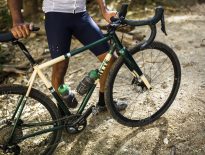