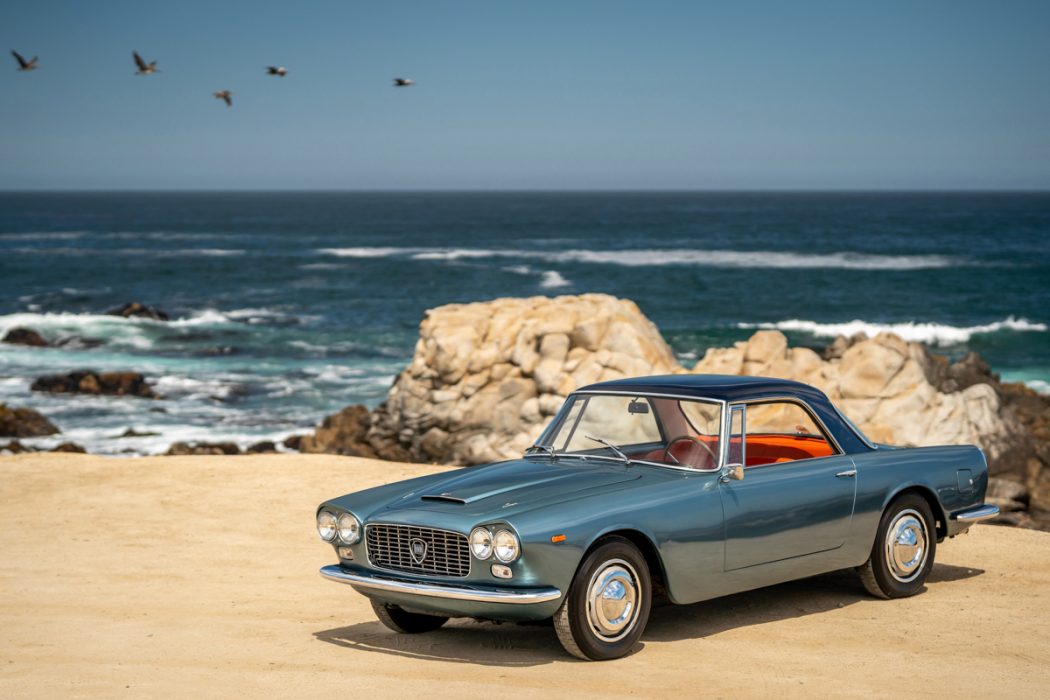 Whenever we look at classic cars, we’ve got a pretty good idea of what we like here at Coolector HQ and it pretty much boils down to whether it’s the sort of thing Don Draper would like to drive and we’ve seen few vehicles that fall into this bracket better recently than this stunning 1963 Lancia Flaminia GTL 2.8 3C Touring Coupe which is going under the hammer with Bring A Trailer.

With just 39k on the clock, this 1963 Lancia Flaminia GTL 2.8 3C Touring Coupe from the guys at Bring A Trailer has still got plenty of life in it and it has been restored to an exacting standard so it looks as good (or better even) than the day it rolled off the production line. It is one of just 300 long-wheelbase GTL coupes produced and features aluminium coachwork designed and built by Carrozzeria Touring.

This stunning Lancia was reportedly the subject of a multi-year refurbishment project before being featured on Bring A Trailer in April 2014 and acquired by the current owner the following month. It has been finished off in teal over orange leather, the car is powered by a 2.8-liter V6 which is paired with a four-speed manual transaxle and boasts triple Weber downdraft carburetors, an electric radiator fan, and four-wheel disc brakes.

The 1963 Lancia Flaminia GTL 2.8 3C Touring Coupe from Bring A Trailer has a current bid of just $25k which seems extraordinarily low for such a beautiful looking vehicle so if you like what you see, make sure this isn’t a lot you miss out on. The aluminium bodywork was designed, formed, and installed in Milan by Carrozzeria Touring using superleggera construction technique, which involved wrapping a hand-formed aluminium skin over a steel structure.

Originally finished in olive green, this spectacular steed was repainted in teal with a dark blue roof and features quad headlamps, chrome bumpers and trim, and a dual exhaust with polished finishers. The 400mm steel wheels features polished trim rings and Lancia-stamped hubcaps and wear 165-series Michelin tires. The car comes equipped with an independent front suspension and a De Dion tube setup in the rear, while braking is from discs at all four corners.

The interior of this 1963 Lancia Flaminia GTL 2.8 3C Touring Coupe was reupholstered during prior ownership and has orange leather on the seats and door panels, a steel body-colour dashboard, and grey carpets. Some of the stand out features inside include aftermarket seatbelts, a locking glove compartment, a floor-mounted shifter, and controls for the electric radiator fan.

Jaeger instrumentation consists of a 220-km/h speedometer, a 6,700-rpm tachometer, an analog clock, and gauges for fuel level, oil pressure, coolant temperature, and oil temperature. The 1963 Lancia Flaminia GTL 2.8 3C Touring Coupe on Bring A Trailer has entered its final day of bidding which makes the sub-$30k price tag all the more remarkable – don’t miss out.

Having recently completed an epic Breaking Bad marathon, we here at Coolector HQ needed another boxset to keep us entertained so we turned our… 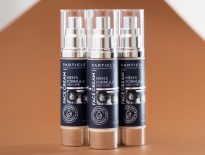 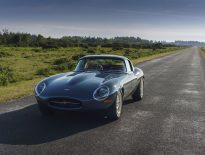