Classic cars are often coming into our thinking here at Coolector HQ and whenever they do, we invariably head to the RM Sotheby’s website because, safe to say, there are few places more chock full of breathtaking machines (albeit ones well outside our price range). A prime example of this is the stunning 1966 Ferrari 275 GTB Alloy by Scaglietti which up for private sale via RM Sotheby’s and it is one of the best looking steeds we’ve encountered and if you’ve got a hankering for a new vintage car for your garage (and deep pockets) then this could be the one for you. 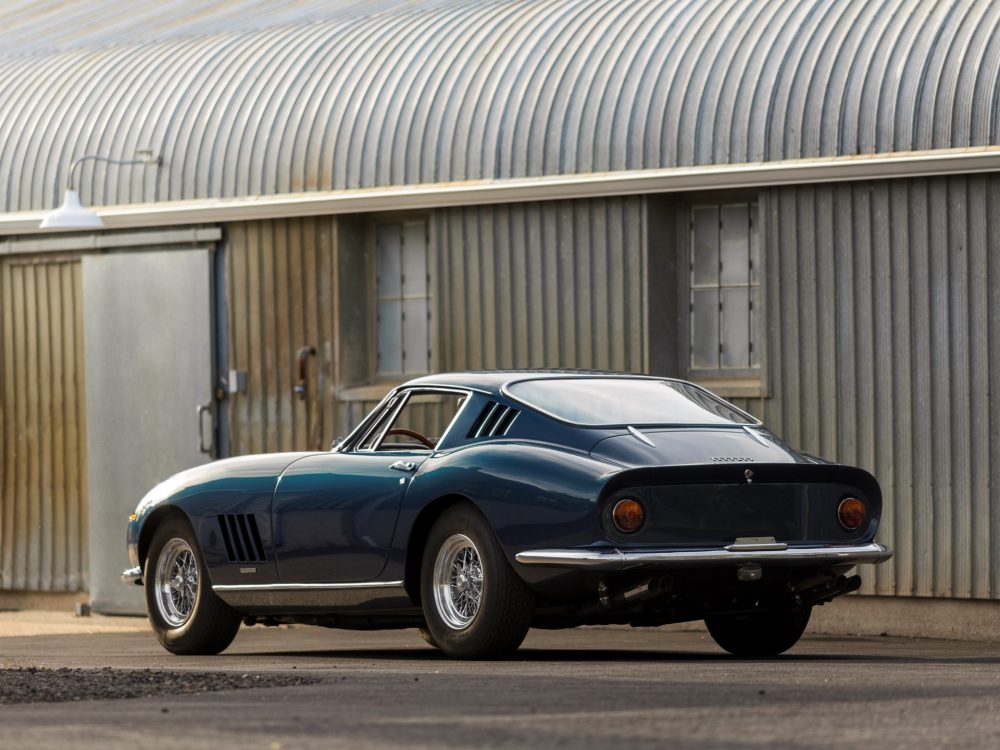 The 1966 Ferrari 275 GTB Alloy by Scaglietti on RM Sotheby’s has the always ominous “price upon request” which suggest that it definitely won’t come cheap but if you’ve got the readies to facilitate the purchase then you’ll take ownership of one of the most impressive vintage Ferraris available on the market as it is one of just four triple-carburetor, long-nose, torque-tube, aluminium-bodied examples ever built.

This stunning lot on RM Sotheby’s is Ferrari Classiche certified and includes both three- and six-carburretor setups so will appeal to real Ferrari aficionados who want the authentic experience. Chassis no. 08497 occupies an interesting niche as it was crafted as a late-production model with the highly sought after long-nose bodywork and torque-tube driveshaft. It was also outfitted from new with the sought-after aluminium coachwork. The majority who ordered aluminium bodywork were looking to use their cars in race competition but this is one of only four alloy-bodied, torque-tube, long-nose 275 GTBs to retain the triple carburettor setup, making it far rarer than its six-carburretor out there. 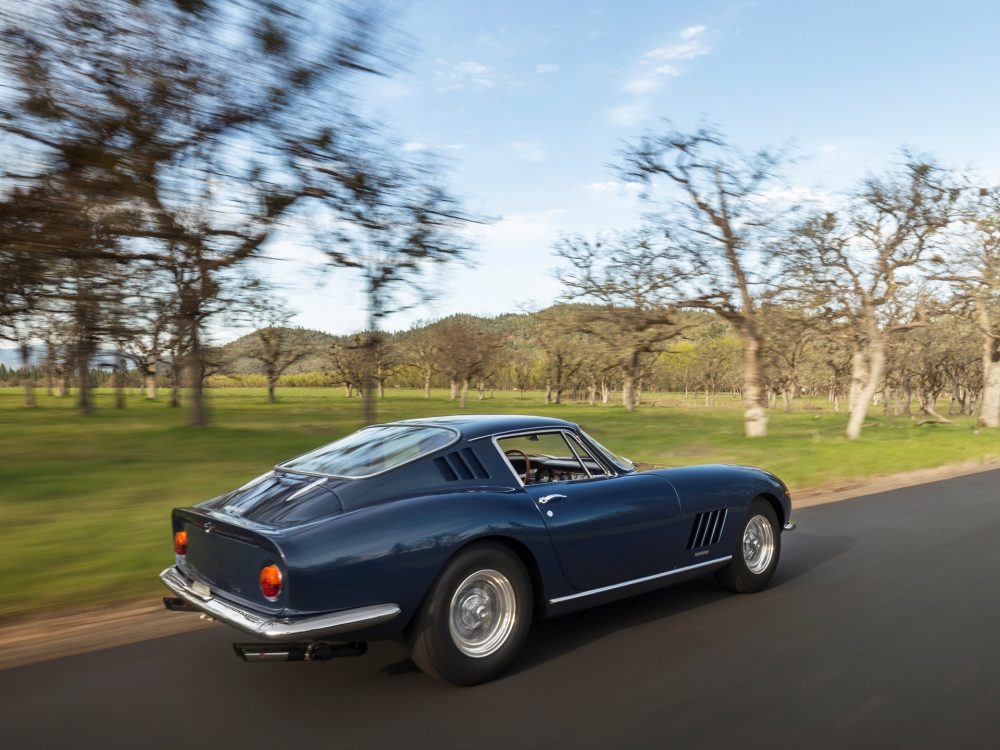 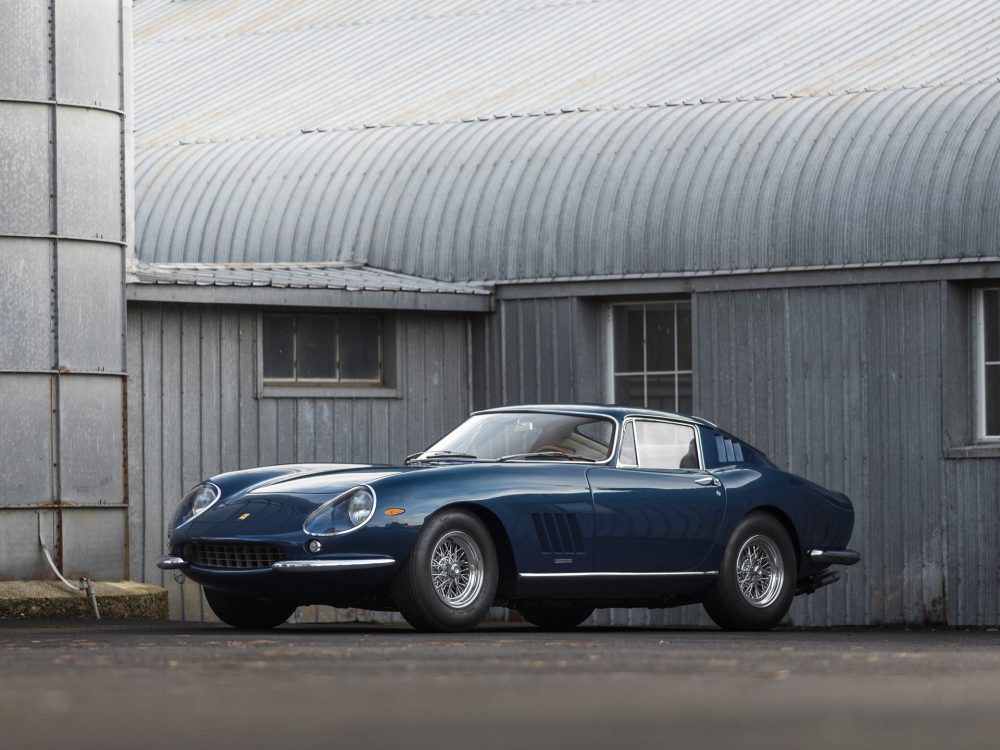 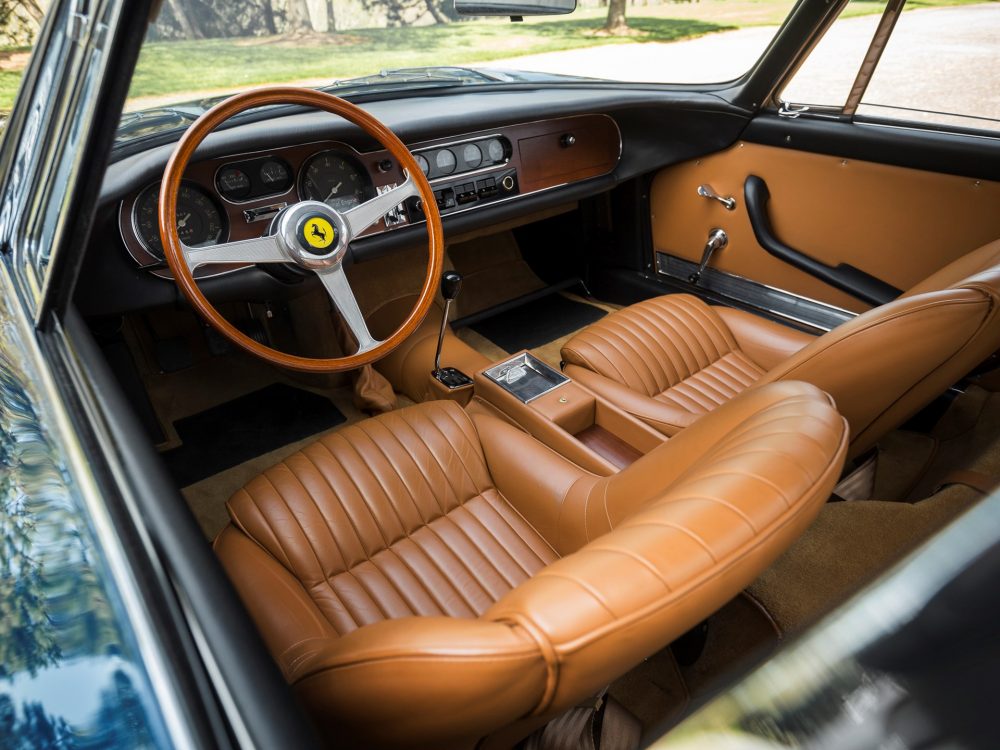 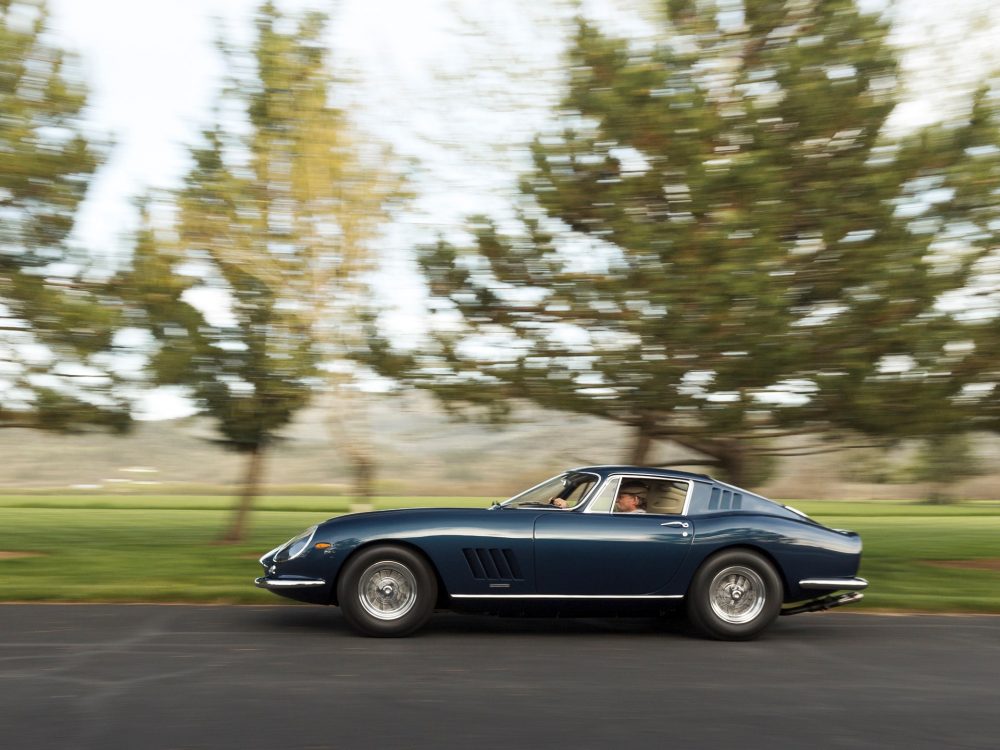 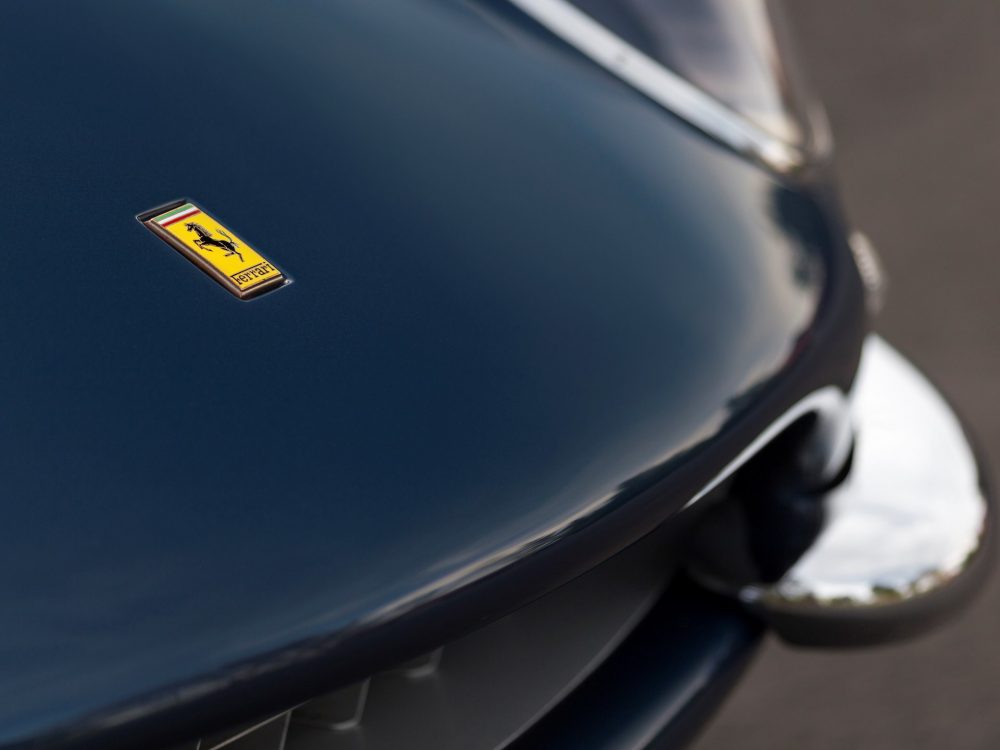 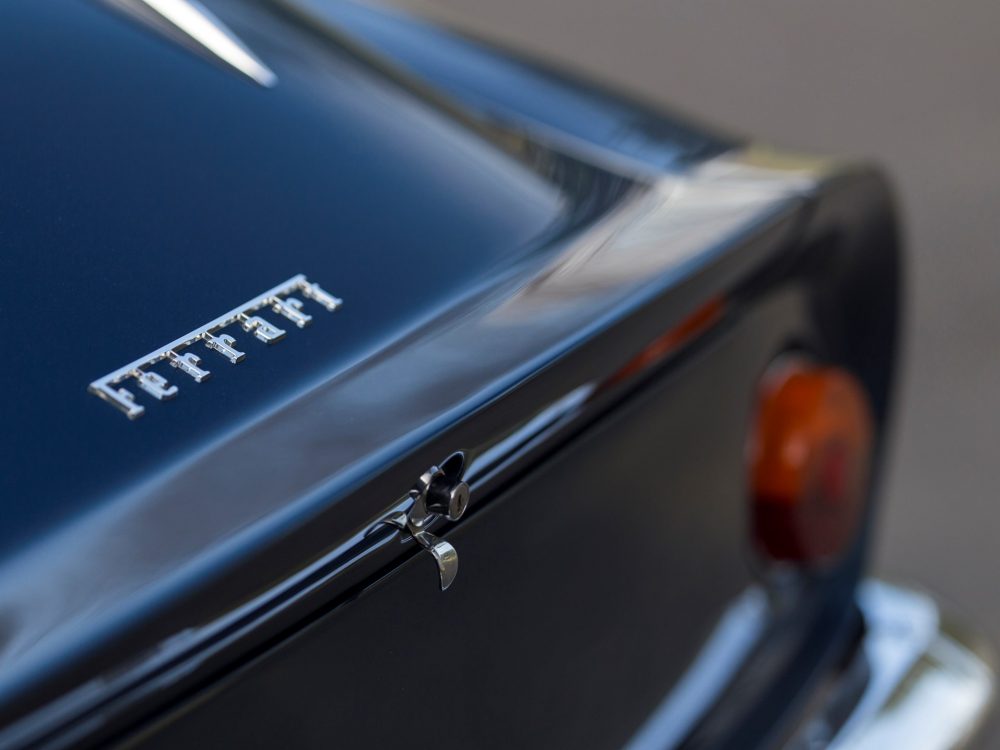 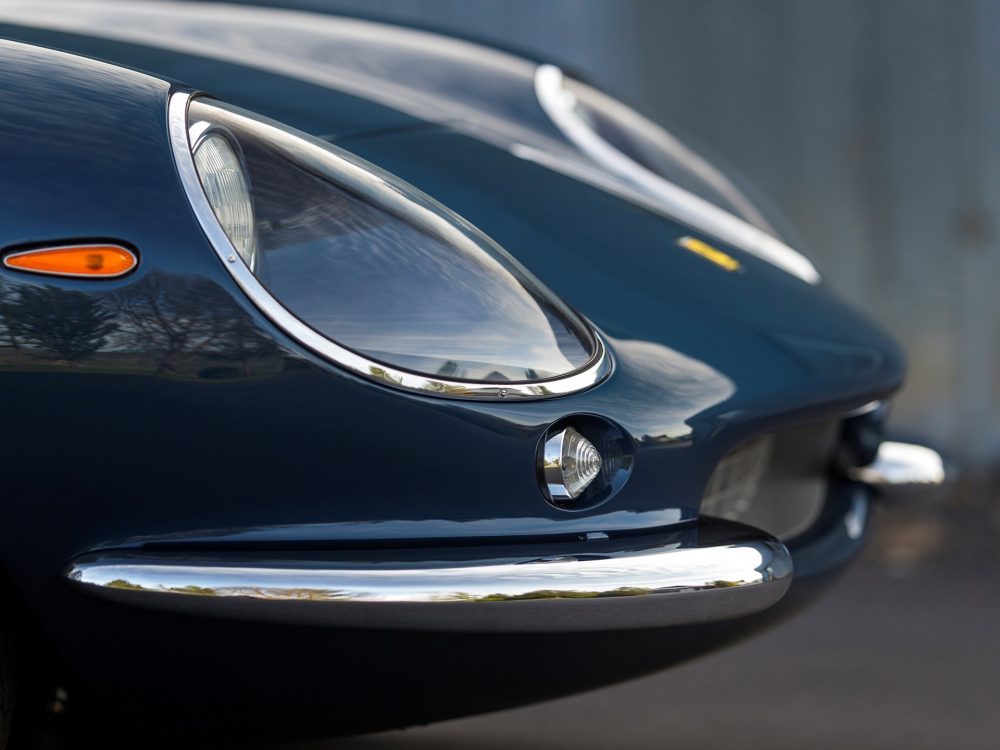 According to the details from Ferrari, this spectacular 1966 Ferrari 275 GTB Alloy by Scaglietti was completed by the factory on 12 April 1966 and remained in its native Italy. It is fitted with striking, full leather seats and this Ferrari was originally finished in Bianco Polo (20-W-152) over a Nero (VM 8500) interior and before being delivered brand new to Fiorenzo Novali, a resident of Bergamo, through Crepaldi Auto S.a.S., the official Ferrari dealer in Milan. It was originally registered on Italian plates BG 136914, and this breathtaking steed remained in his possession for one year and was subsequently sold to Ettore Bonassoli of Torre Boldone. 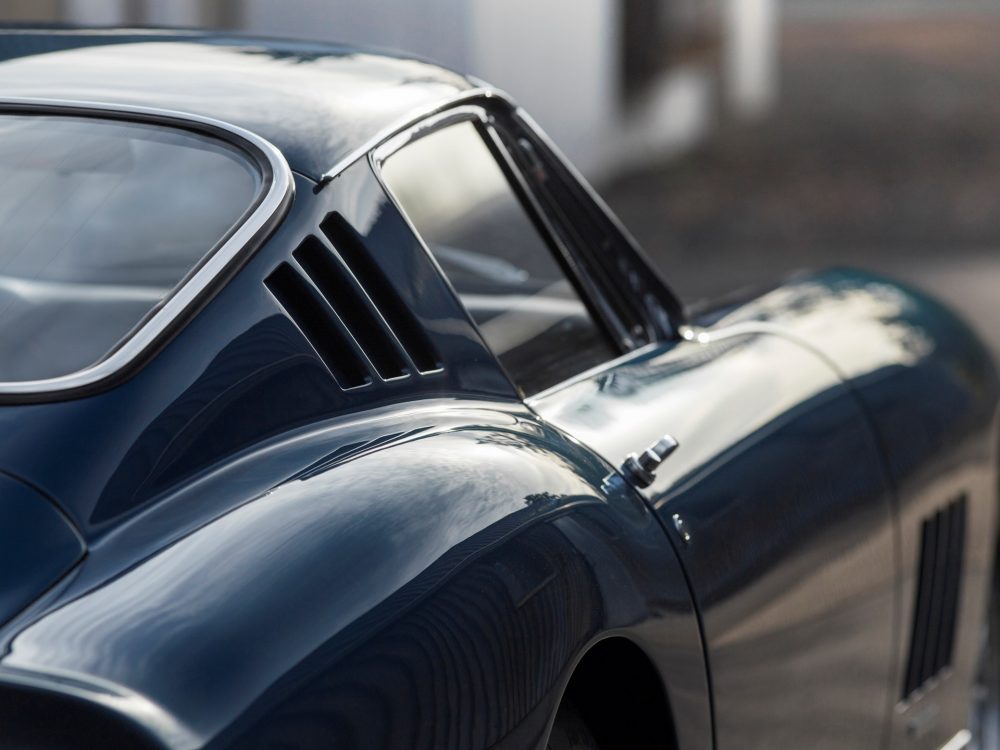 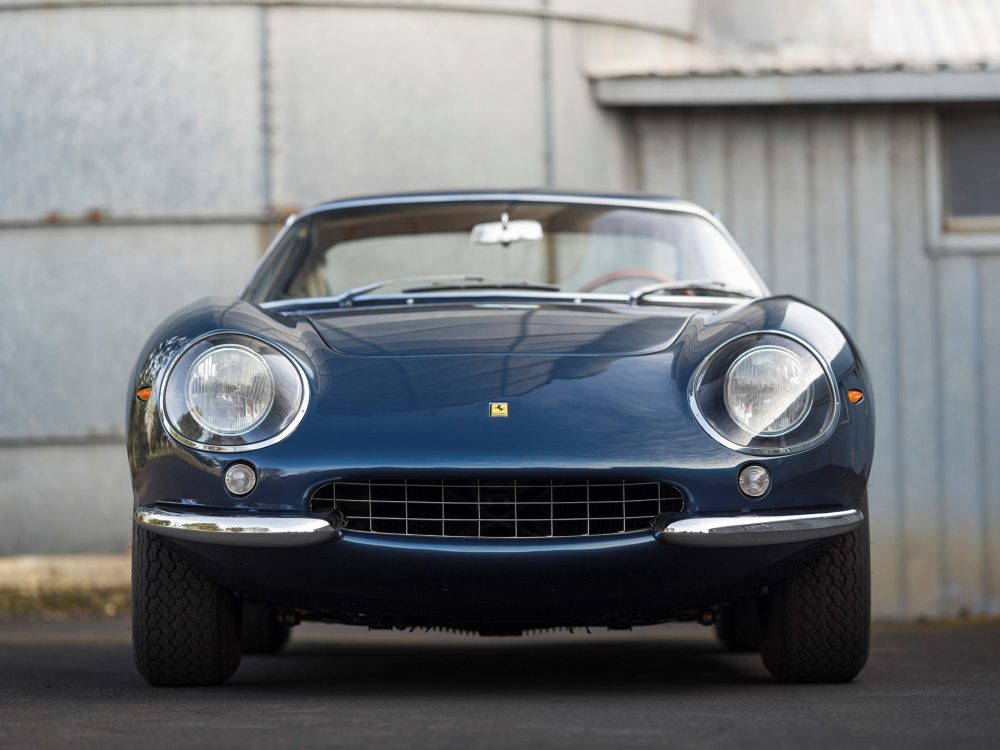 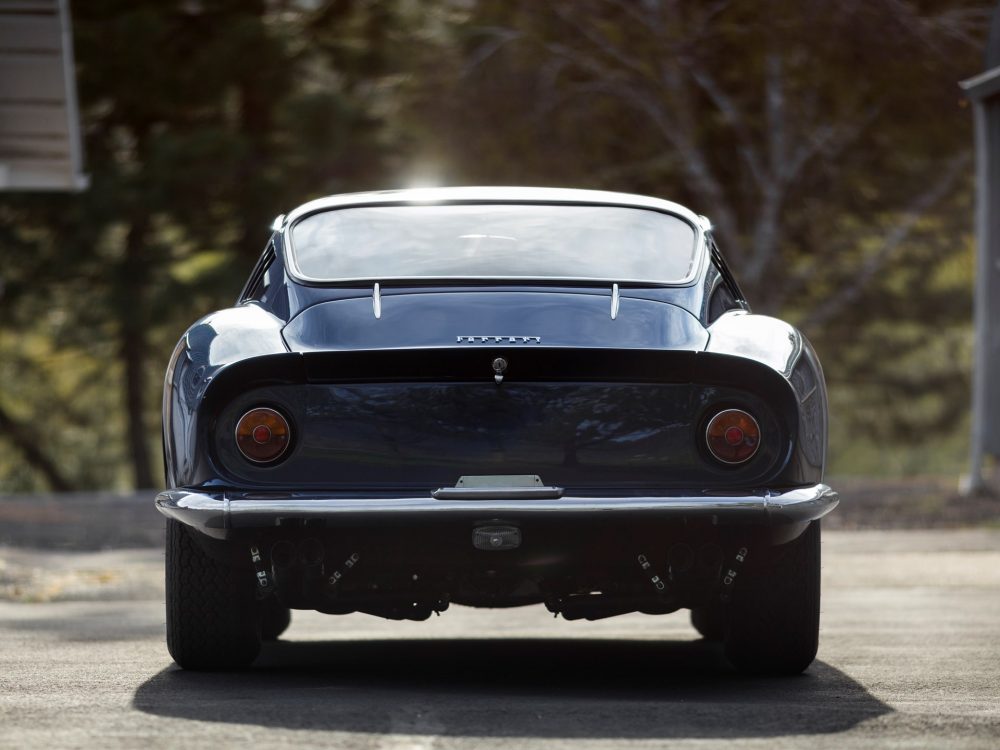 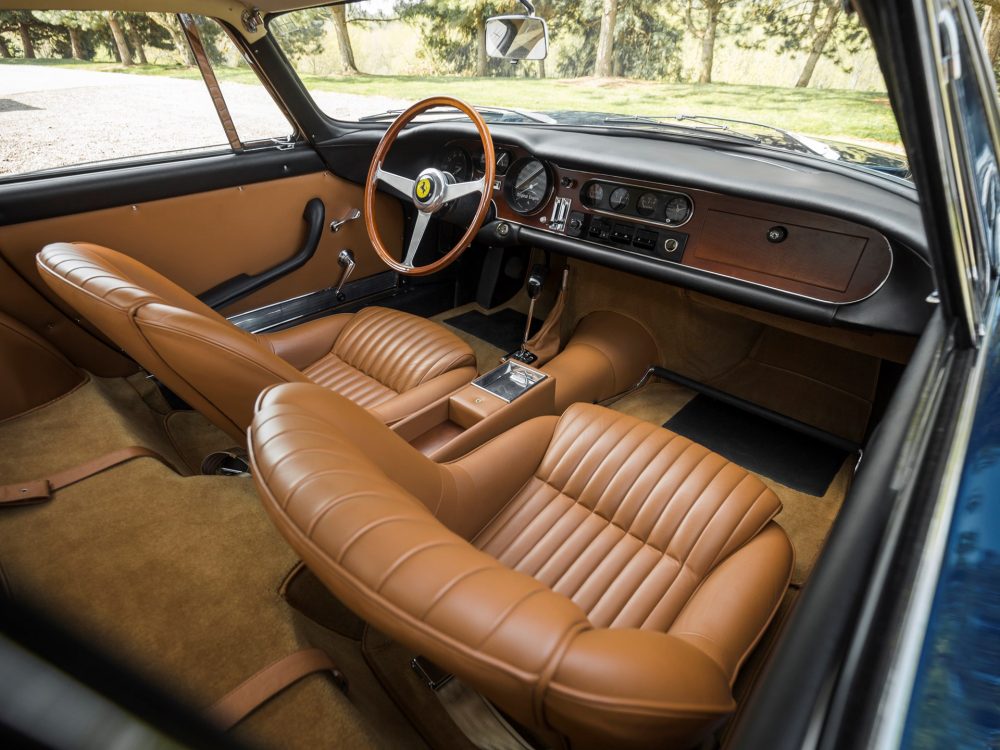 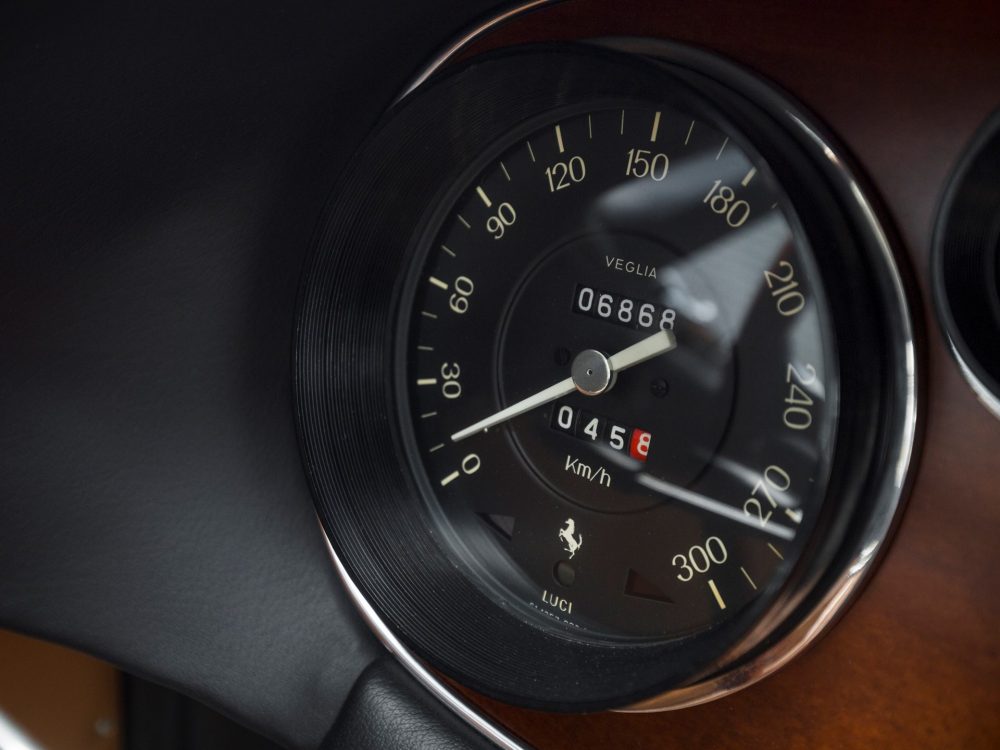 It eventually ended up owned by a Mr. Loomis in California, before the car returned to Europe in 1989, when it was acquired by a vintage car enthusiast in Geneva. After returning to its second home of Bergamo with a subsequent owner, the 275 GTB was sold to Joel Berg in Sweden and restored in blue metallic around 2006. In Berg’s ownership, this 1966 Ferrari 275 GTB Alloy was granted Ferrari Classiche certification, confirming that it is fully matching numbers throughout, including the original engine and gearbox.

It’s certainly not every day that a vintage car like this 1966 Ferrari 275 GTB Alloy by Scaglietti comes available to purchase and this private lot likely won’t be hanging around on the RM Sotheby’s site for long. It is arguably one of the most beautiful front-engine V-12 Ferraris that ever emerged from the Italian workshop and an essential addition for any serious collector. This example stands out from the rest due to its exceptionally rare build specification and it really would be the perfect example for entry to concours events as well as vintage rallies. 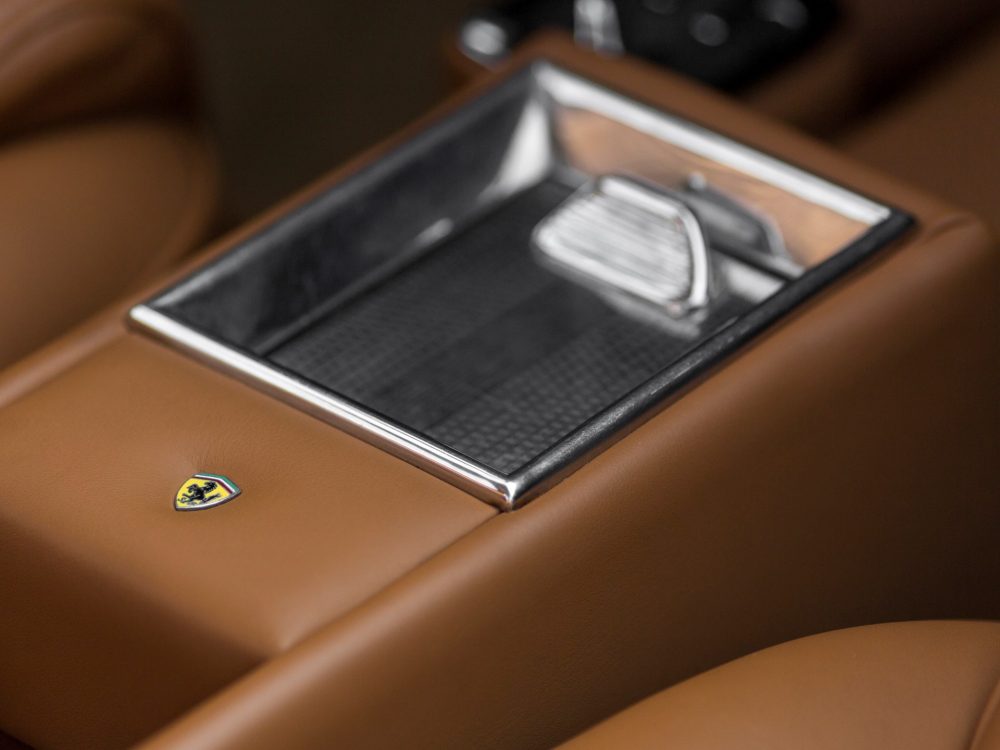 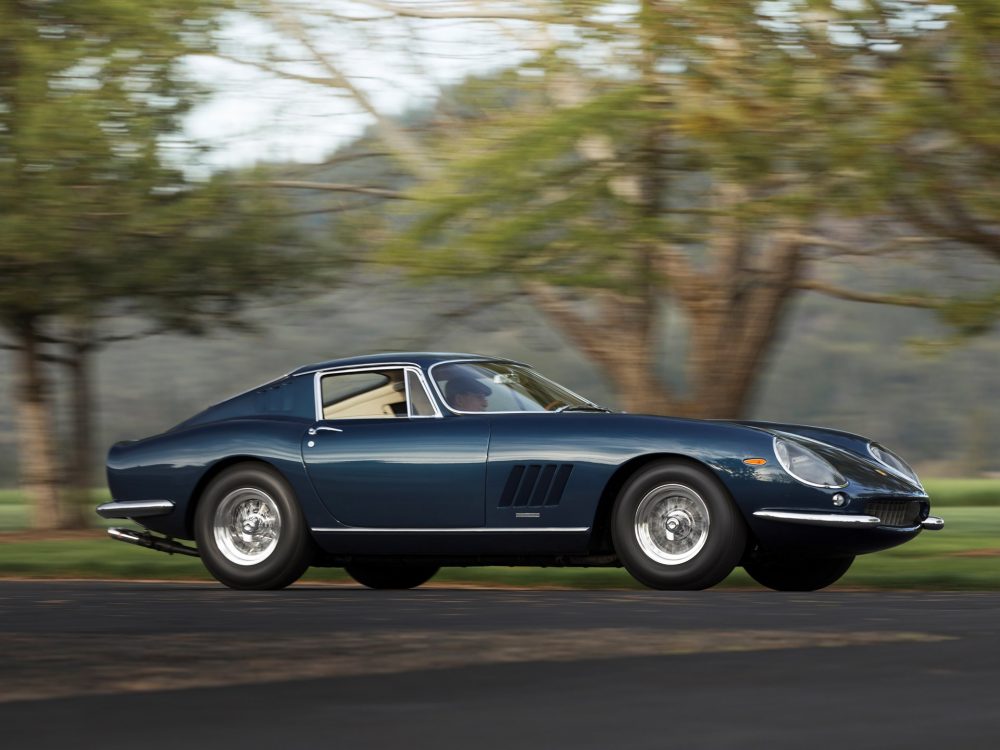 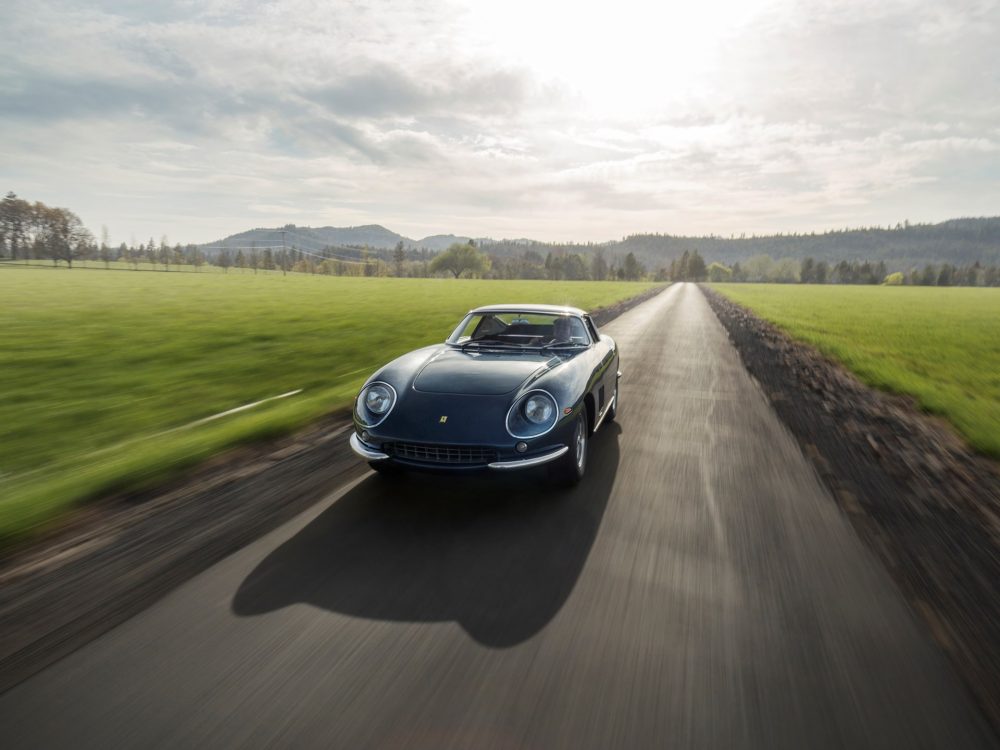 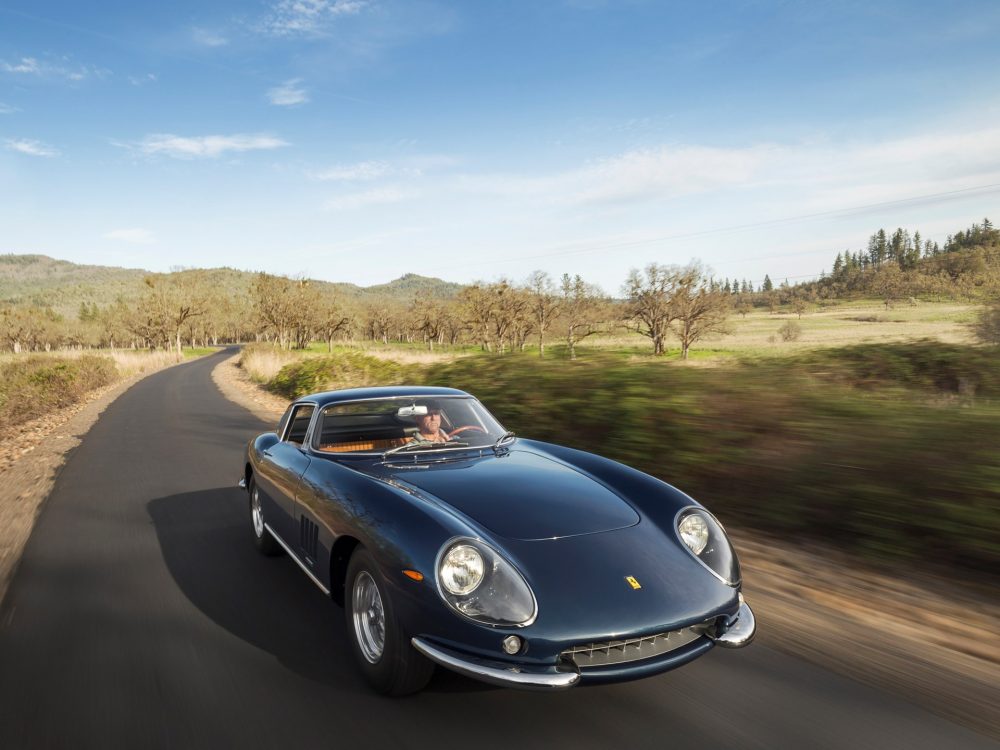 One of many mesmerising machines that have come up for sale at RM Sotheby’s, this great looking Ferrari might just be one of the best we’ve encountered to date. An ideal addition to any vintage car enthusiast’s line up of vehicles, we’re in little doubt this one won’t come cheap but we’re equally sure it will be worth the money.