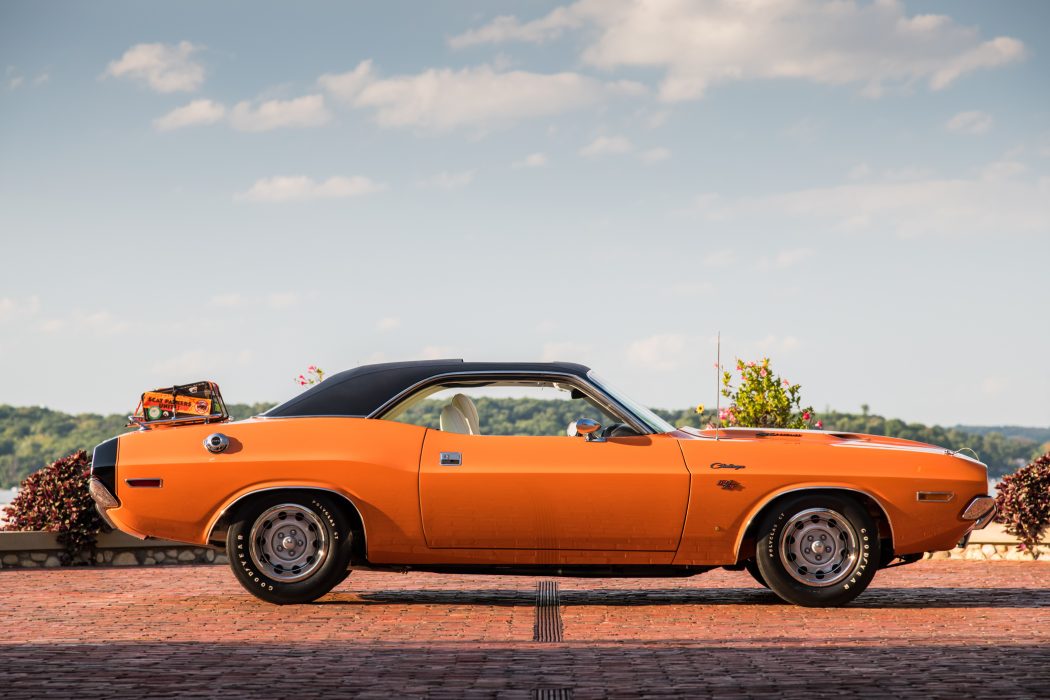 Not everyone can pull off an orange car that’s for sure but when it looks as breathtaking 1970 Hemi Challenger R/T which is available to buy from Mecum Auctions, it’s hard not to fall under its spell. And this isn’t just any old car (obviously), it is also the only Hemi Challenger to have been built with a factory sunroof so if you want to make the most of the roads when the lockdown comes to an end, this might just be the steed for the job.

This 1970 Hemi Challenger R/T from Mecum Auctions is the final restoration of renowned collector Steve Juliano and has undergone extensive concours restoration which was completed using original and NOS parts. It boasts its original drive train and sheet metal so has a pleasing air of authenticity about it and for any vintage car aficionado looking for the cornerstone piece of their collection, you can call off the search because you’ve just found it.

It might seem like a small, inconsequential thing but it is the sunroof that really sets this 1970 Hemi Challenger R/T apart from the competition. The sunroof was installed by ASC in Detroit, Michigan and shipped to California and this impressive, eye-catching machine boasts a dual quad 426 Hemi engine that delivers a thoroughly powerful performance out on the roads.

The 1970 Hemi Challenger R/T from Mecum Auctions has a 4-speed manual transmission, a 4.10 Dana rear end with power steering and brakes. The Hemi Challenger R/T is considered “Mopar Royalty” for those who have a penchant for unique factory options. While it is well-known that the factory built nine Hemi Challenger R/T convertibles in 1970, that first year of production also saw just 82 Sunroof Challengers made. Only one of them was ordered with a 426 Hemi: namely, this one.

With the outside of this stunning steed looking the part of a muscle-bound cruiser, there’s an awful lot to appreciate here. It comes in High Impact FK2 Go Mango paint, and this one was optioned in tri-colour fashion, with a black roof and bumble-bee stripe alongside a more understated white interior. The equipment visible includes the R/T sport hood with hold-down pins, super cool luggage rack which comes with a vintage suitcase covered with decals, the locking flip-top fuel lid, driver’s remote outside chrome mirrors and bumper guards.

As you would expect from a vehicle that looks so impressive from the outside, this 1970 Hemi Challenger R/T doesn’t disappoint when you climb into the cockpit. There are bucket seats and a old school style centre console. This is joined by the Hurst Pistol Grip shifter, the extra-cost six-way left-hand seat, an unrestored original dash with the N85 tachometer, an NOS rim-blow steering wheel, the pedal dress-ups and the AM/8-track player radio.

Unsurprisingly, there is an awful lot of interest in this lot from Mecum Auctions amongst classic car aficionados and a 1970 Hemi Challenger R/T as rare as this one definitely won’t come cheap but will be the crowning glory of any collector’s line up. Put simply, this is the zenith of desirability. It comes in jewel-like condition as a result of a fastidiously correct professional restoration performed to the highest standards.

Whilst New York is by no means a home away from home for us here at Coolector HQ, we do love the city and… 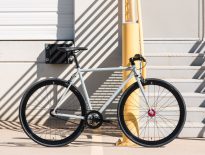 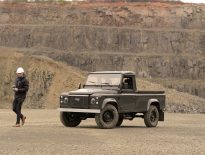