Every now and then a trawl through the car auction sites rewards you with some seriously rare and seriously cool automobiles. This heavily modified, first generation BMW 3 series is definitely one such occasion. For those that have a love for all things old and Bavarian, you may wish to skip down to the meaty bit of this – for the rest of you, let’s take a short history lesson.

The BMW 3 series has been around for a long time now and has, since its introduction in 1975, remained a firm favourite among enthusiasts. Though the modern iterations have lost little in the way of cult following, it was the original that really set the bar for small saloons. The hero car from this first (AKA E21) generation was the 323i. Unlike the rest of the model line-up, the 323i’s 2.3 litre, straight six engines benefitted from fuel injection rather than the usual carburettors. As a result, this car was not only the smoothest to drive, but far quicker than its lessor siblings. With 141bhp this Beemer will dash to 60 in a steady 8.7 seconds – not far off supercar pace in 1977. Equally impressive was its 124mph top speed that made the 323i the one to beat in the late 70’s and early 80’s.

History lesson over – let’s talk about the more monstrous vehicle you see before you. This particular example, finished in Miami Blue, has found its way down under and is at time of writing up for auction in Sydney. As you can see this vehicle is a far cry from the model that left the factory floor in 1981. In its 173,000-mile life it’s seen only four owners – but all have more than made their mark. As a result, this 323i is no longer road legal, but a track focussed tarmac rally car.

In 2007 the standard 2.3 litre engine was replaced with the larger and more powerful 2.5 litre unit found in the BMW Z1 by Advanced Tech Automotive. The running gear and other internals were also given an extensive overhaul including new clutch kit and exhaust manifold. Needless to say that the roar of the 6 cylinders under the bonnet now matches the ultra-aggressive exterior.

The car also benefits from upgraded Bilstein dampers as well as semi slick track tyres – coupled with the E21’s low weight you can expect this old girl to corner like a housefly. Moving inside you’ll find all the bells and whistles (as well as the rear seats) have been removed in favour of a full roll cage to keep occupants safe should the worst happen on track. Bucket seats and 5-point racing harness’ are also fitted to ensure any serious ground, sky, ground action is nothing more than an inconvenience. Specialised VDO racing gauges and Sparco steering wheel round off the rally credentials on this example – making this one hell of a serious racing missile.

OUT OF THIS WORLD VISUALS

This simple yet elegant racer would be a great way for any aspiring Hamiltons out there to get to grips with a track focussed car, so if you’ve got some cash just burning a hole in your pocket why not give it a go? The vibrant aesthetics coupled with the race ready performance really set this one apart from the competition.

Alas, the auction has just lapsed so you’ve missed out on adding this stunning steed to your line up of vehicles but there is certainly no harm in just appreciating this feat of automotive engineering and restoration. A definite two thumbs up from us here at Coolector HQ. 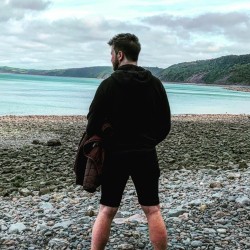