We’ve featured a fair few restored vehicles on the pages of The Coolector before but this is the first Toyota Land Cruiser to have graced our presence and it stands to reason that it’s from renowned Toyota restorers, The FJ Company. The 1984 Toyota Land Cruiser FJ43 was, in a former life, the runaround for a potato farmer in the Andes Mountains before the guys at The FJ Company got their hands on it for a restoration project for a client in Topeka, Kansas.

The 1984 Toyota Land Cruiser FJ43 was bought from a distributor of Toyotas with two decades of experience in dealing in such motors and this is something that shone through in the condition in which it was purchased. Zero rust and in a remarkable state for such an old machine, it was the perfect canvas on which The FJ Company could build a masterpiece and, as you can see, they did the car proud with their finished product.

Style and class exudes from the 1984 Toyota Land Cruiser FJ43 and the minute you lay eyes on its exterior, you know it’s the real deal and a cut above. This cracking contraption started out as a frame-off restoration project and by the time it was finished was a truly stunning new vehicle that pays homage to its 80s roots and delivers some eye-catching contemporary features in the process. 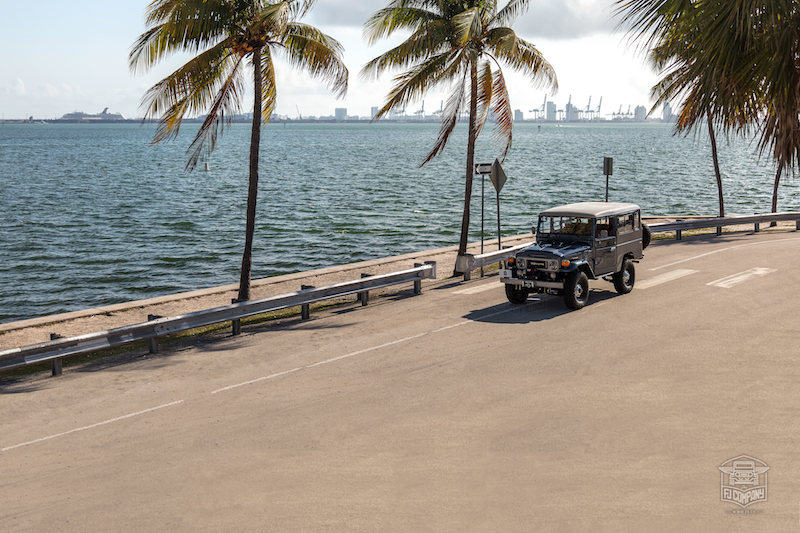 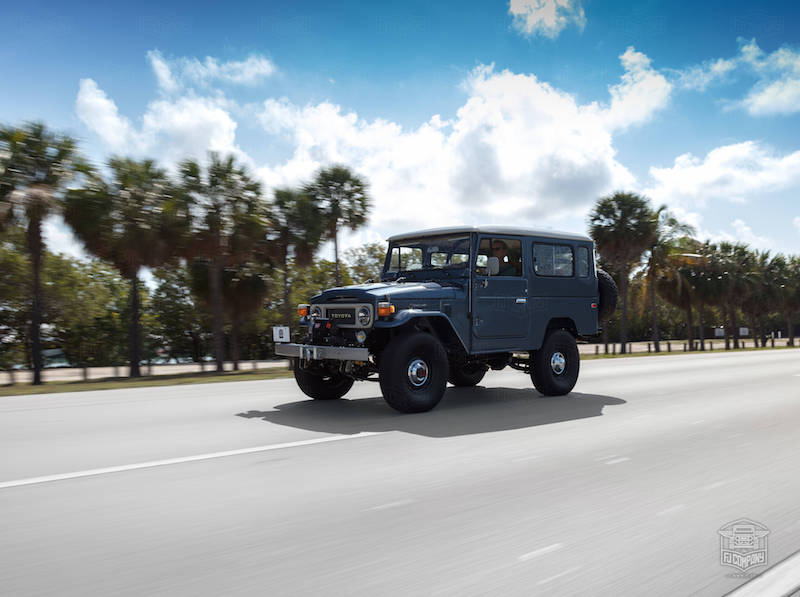 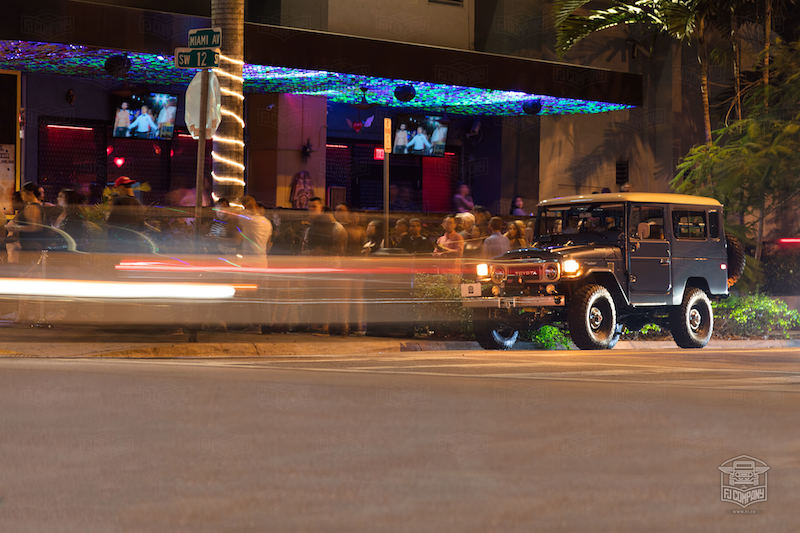 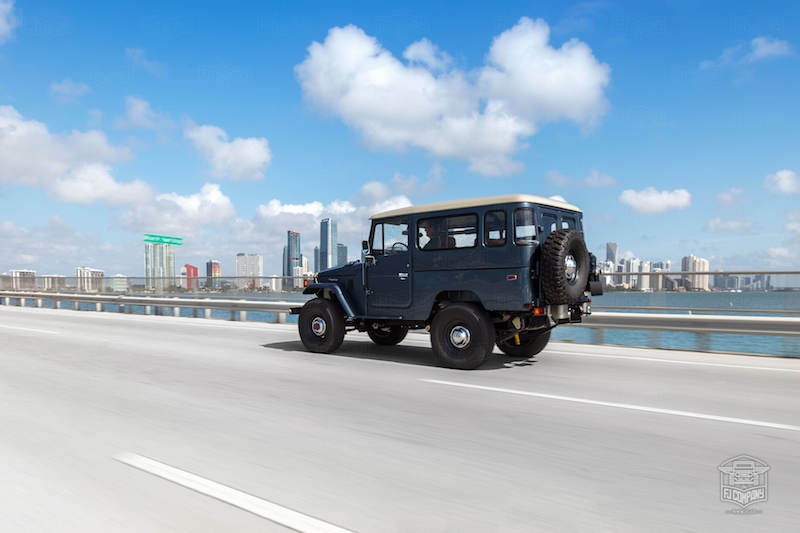 As you would expect from one of the leading Toyota restorers out there, a real attention to detail was put into the project and it was fitted with a Toyota 1FZ 4.5L engine which boasts programmable fuel injection, a fantastic 5-speed manual transmission and Old Man Emu suspension. When you combine all these first class features you find the sort of ride quality and fuel economy you’d come to expect from a contemporary 4×4 – not one heralding from the 1980s. The 1984 Toyota Land Cruiser FJ43 is a real sight to behold and The FJ Company have done a wondrous job in sympathetically restoring it to past glories. 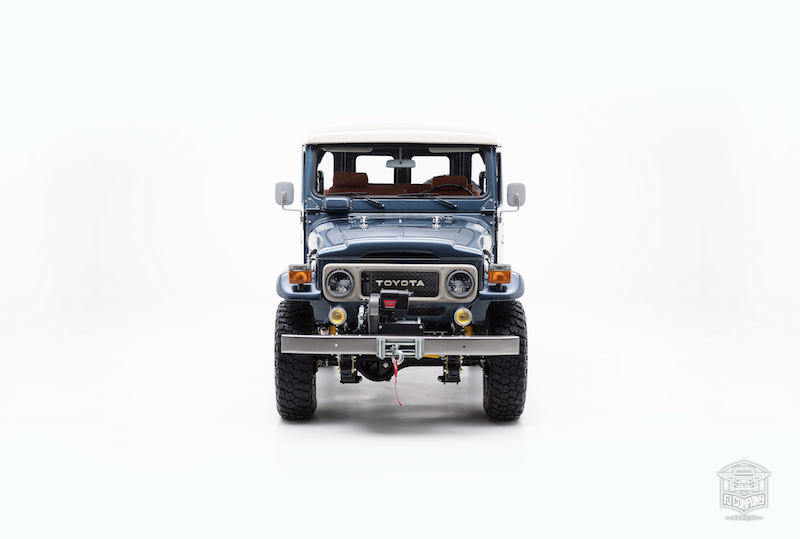 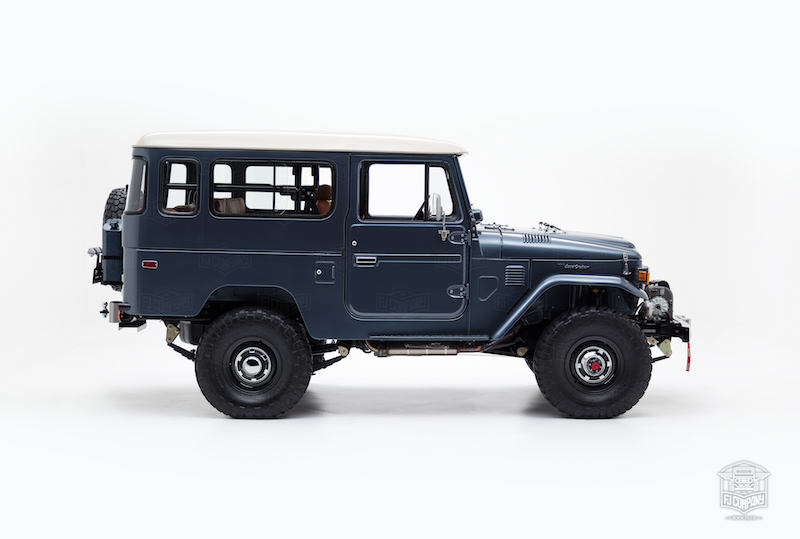 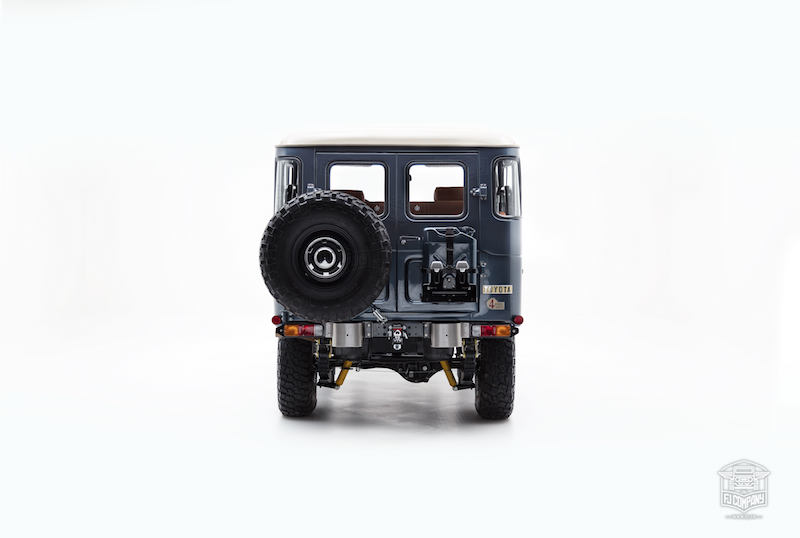 Aesthetically striking, the exterior of the 1984 Toyota Land Cruiser FJ43 comes in Venetian Blue, a colour which takes its design inspiration from a certain 1987 Porsche 911. This eye-catching and visually superior colour carries on into the cabin of the car, where it has a striking contrast with the saddle vinyl trim. To the exterior of the steed, you’ll discover a steel hardtop and four super-tough 33” BF Goodrich tyres – ideally suited for all-terrain, all-weather driving and an unparalleled overall performance.

It is plain to see that comfort has been a chief consideration throughout this restoration project from The FJ Company and it includes a superb array of contemporary additions to the vehicle that will add to the driving pleasure. Just a few of the more notable additions include Vintage Air A/C and a premium sound system with Bluetooth®, so you can enjoy your favourite tunes and ride in style. 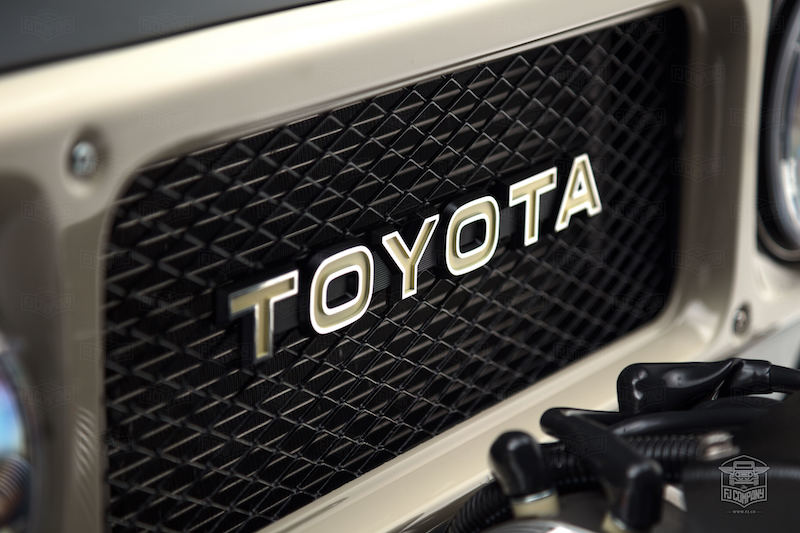 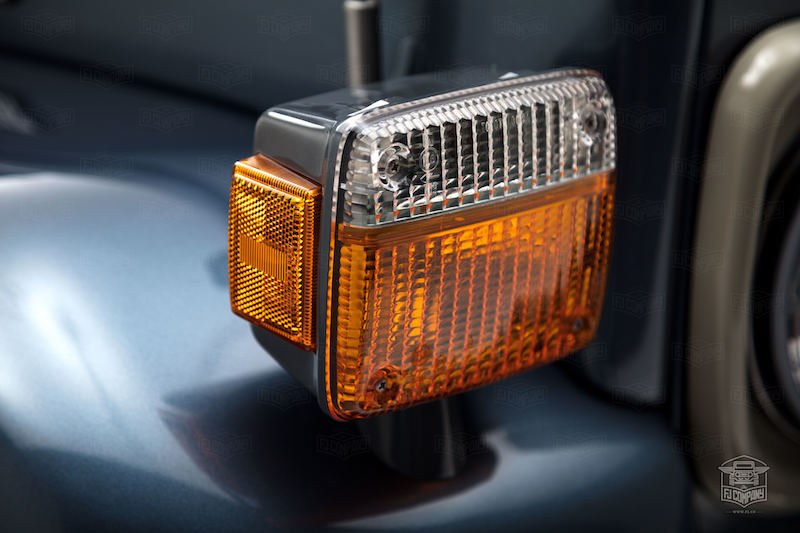 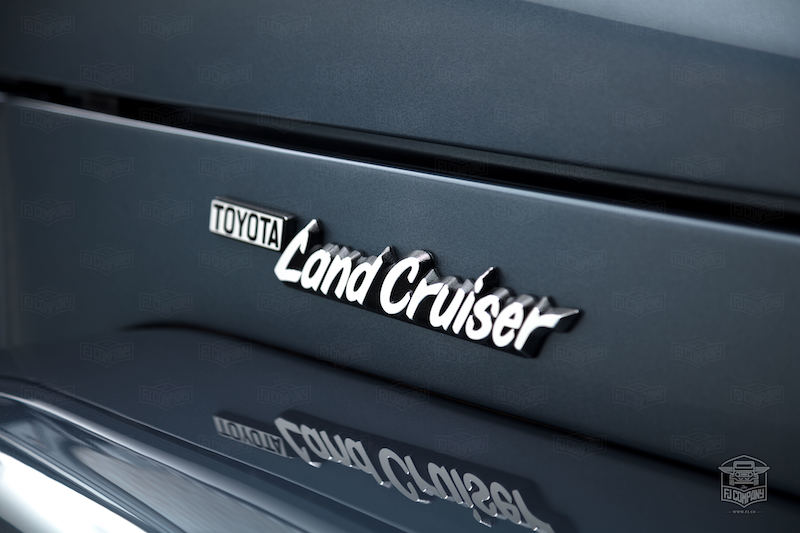 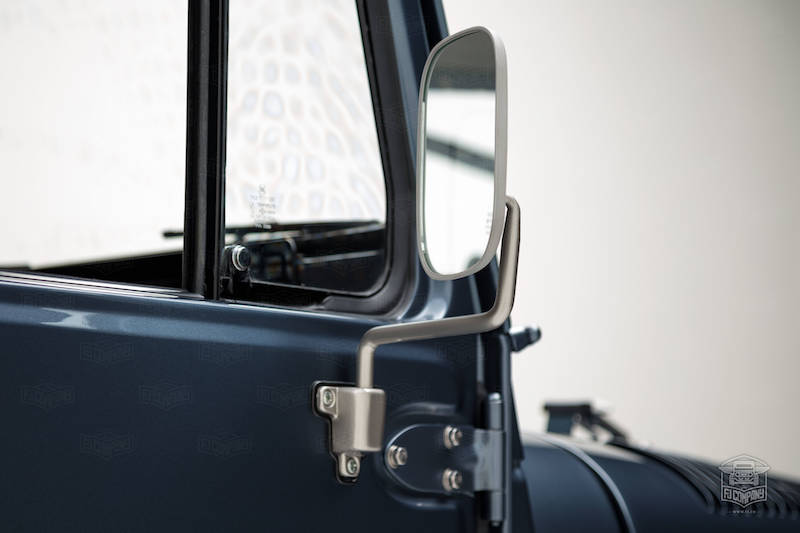 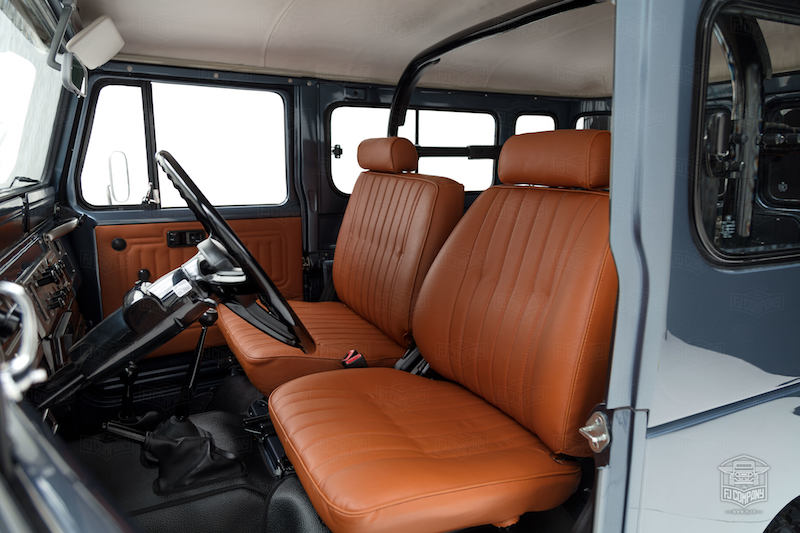 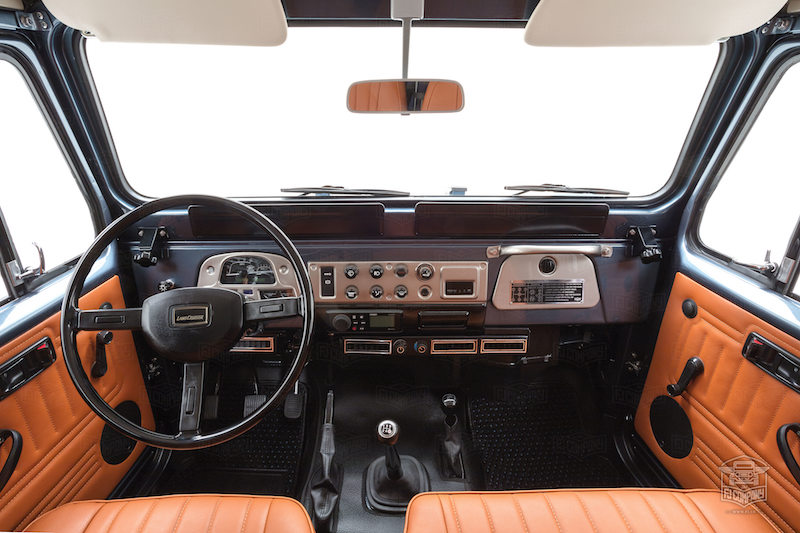 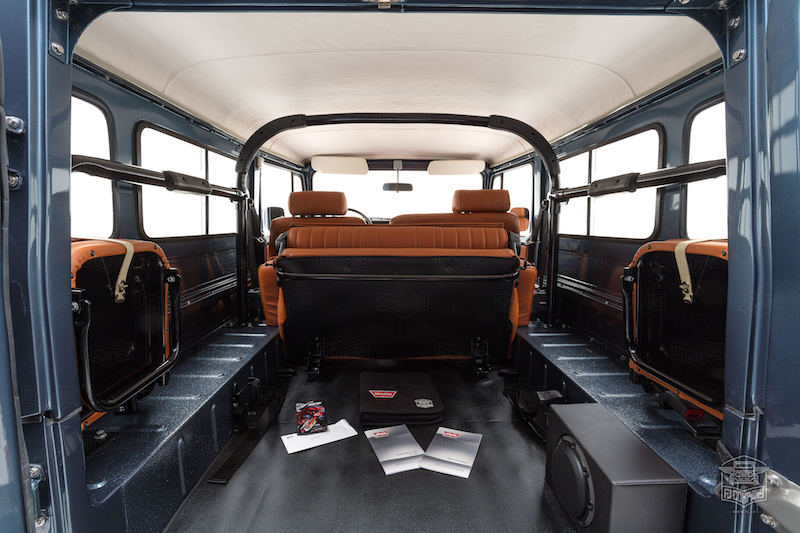 If you’re a big fan of old-school vehicles with a contemporary twist, this 1984 Toyota Land Cruiser FJ43 will be right up your street and it really is hard not to be impressed with the impeccable restoration job that the guys at The FJ Company have carried out on this contraption. Modern aesthetically but retaining much of the 80s charm, we’re huge fans of this steed here at Coolector HQ.