The World Cup in Brazil is drawing inexorably closer now and we here at Coolector HQ couldn’t be more excited (despite the inevitable let down from the England team) so we’ve been spending a lot of time looking for football related awesomeness and this search bought our attention to the mightily impressive Adidas miCoach Smart Football which has well and truly jumped on the “smart” bandwagon and left us more than a little astounded with its capabilities.

The Adidas miCoach Smart Football is designed with the intention of helping you improve your overall game by giving you access to data that wouldn’t have previously been available. The ball has an integrated sensor that will help you master those free-kicks and dead ball situations and having you bending it like Beckham in no time.

The sensor that acts as the beating heart of the Adidas miCoach Smart Football is capable of measuring all manner of data once you’ve made contact with the ball such as speed, spin, trajectory and strike point and will relay the information via an app on your smartphone device.

We love football here at Coolector HQ and whilst there is a gimmicky feel to this impressive offering from Adidas, we’re in no doubt that it may well be of benefit to those who play at a professional level in tailoring their technique to the nth degree but for those of us playing at a less high profile level, we’re unlikely to yield many dividends apart from seeing which of us chaps can kick the ball the hardest. Take a look at a few more shots of Adidas’ awesome looking offering below: 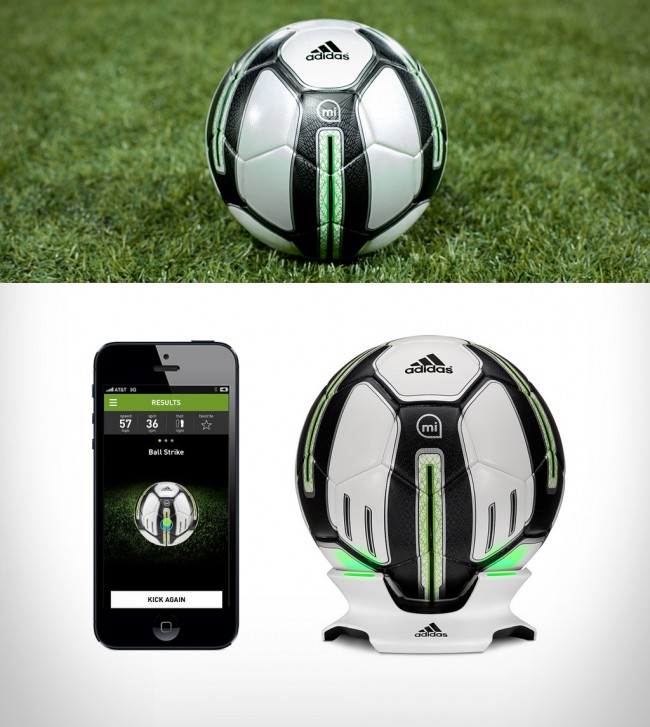 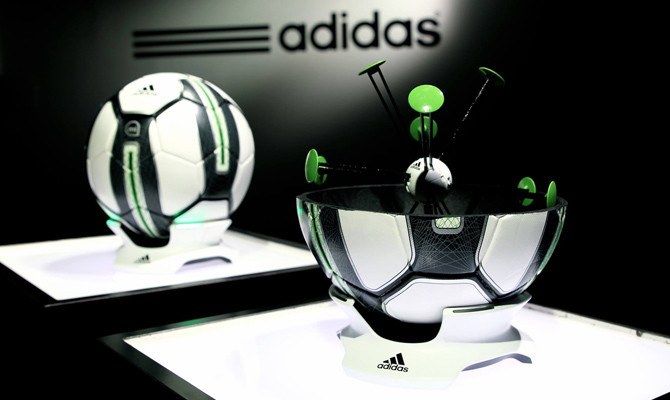 If you’ve always wanted to know how capable you were with a football but have hitherto found your less than scientific methods of trying to establish the curve and speed of the balls you kick less than fruitful then we’re in no doubt that the Adidas miCoach Smart Football will be right up your street but with a £100+ price tag, it’s definitely not the sort that you’re going to want to use when playing near the road or river.

It is a mightily impressive feat from Adidas to have released such an advanced piece of sport equipment onto the mainstream market and we here at Coolector HQ are, of course, desperately wanting to get our hands on one of these fantastic footballs even though we no longer play frequently enough to justify owning one. A great piece of gadgetry with some genuinely impressive features that are, perhaps, best suited to the professionals.

Written By
Leo Davie
More from Leo Davie
TAG Heuer are a watchmaker that, if you’ll excuse the abhorrent pun,...
Read More