Needless to say, Leonardo Da Vinci is one of the world’s most celebrated artists and designers and the latest piece from Coolector regulars, AltDynamic, is the Da Vinci Dodecahedron, which is a reimagining of his 15th Century sketch and it is funding over on Kickstarter as we speak. CNC machined from a single piece of aluminium, this eye-catching accessory will bring any workspace to life and serve as a real talking point for Da Vinci aficionados.

The AltDynamic Da Vinci Dodecahedron on Kickstarter is available for as little as $39 during the campaign and each one has taken its inspiration from the 15th century illustrations of Leonardo Da Vinci. The Dodecahedron is a special polyhedron and has been studied for over 2,000 years with Plato and other Greek philosophers of the belief it represented the universe, and some recent scientific theories using cosmic background radiation have suggested similar. The Renaissance scholars loved the Dodecahedron because of its use of the golden ratio and this is your chance to own a piece dedicated to Da Vinci’s work on the shape.

The objective of this latest campaign from AltDynamic (following on from six other highly successful Kickstarter campaigns) is to bring to life, through CNC machining, the skeletal Dodecahedron model Leonardo da Vinci first illustrated over 500 years ago. As far as AltDynamic are aware, this is the first time da Vinci’s hollow model has been CNC machined so it’s an opportunity to own a truly unique piece of design. It is important to realise that the AltDynamic model is NOT assembled from pieces screwed or glued together – it is one solid piece of aluminium. 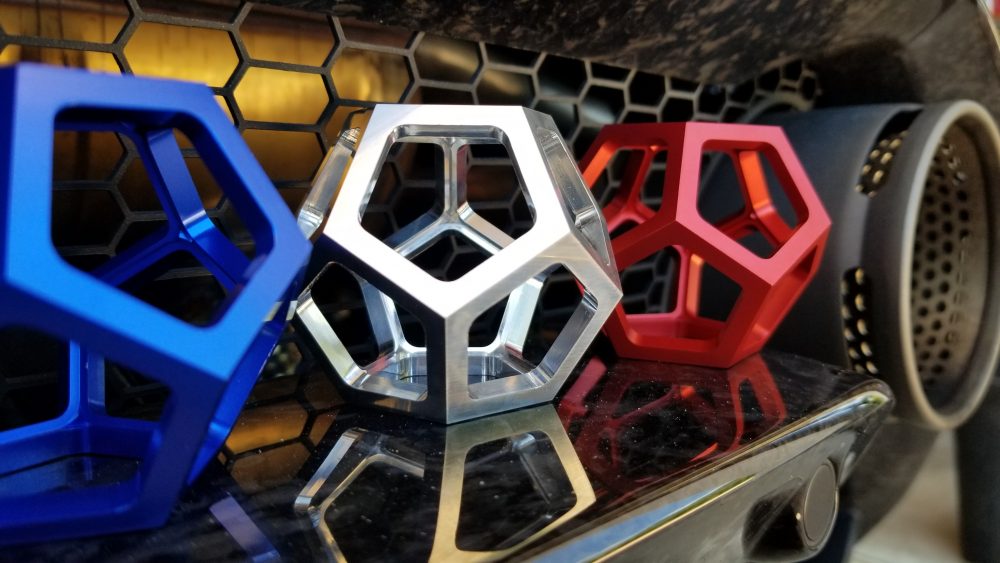 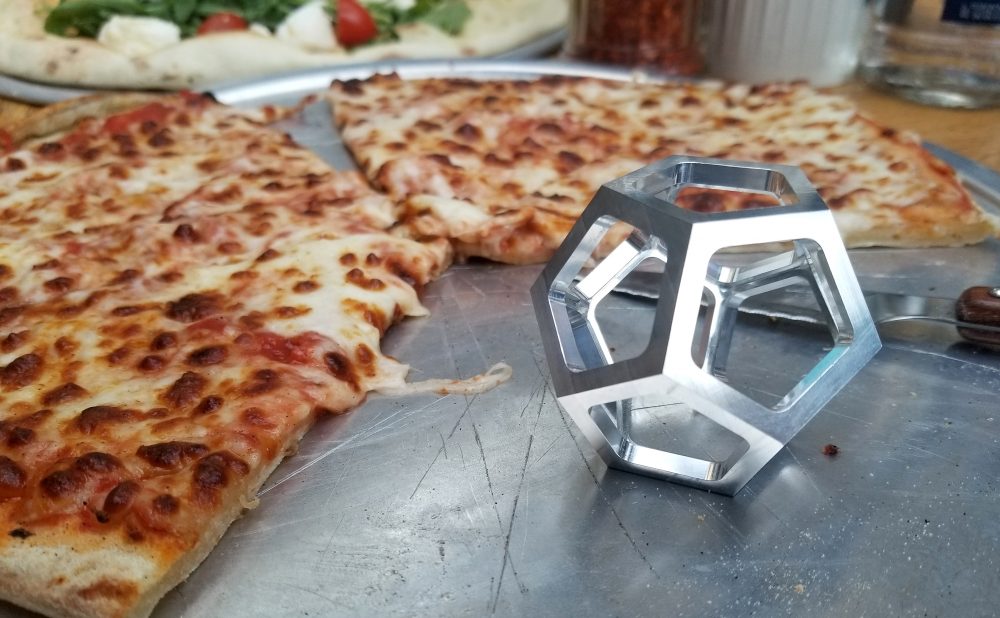 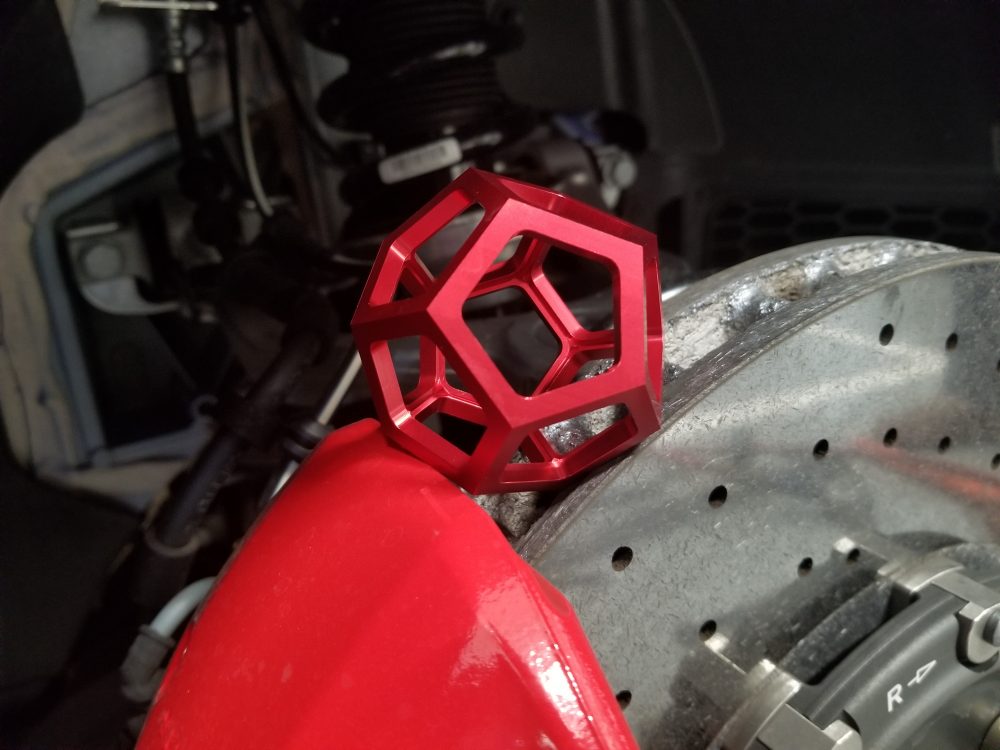 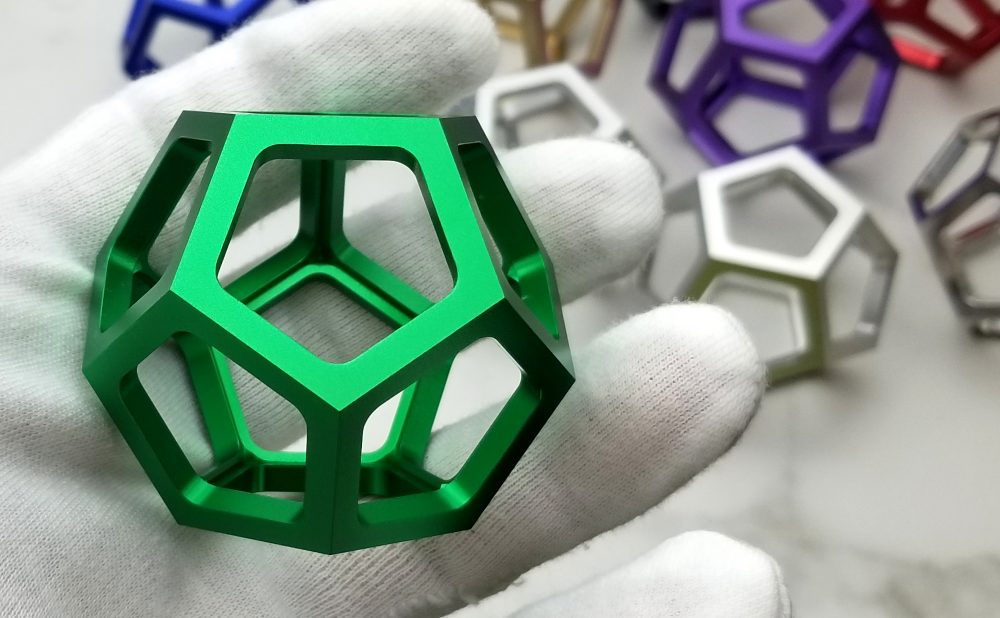 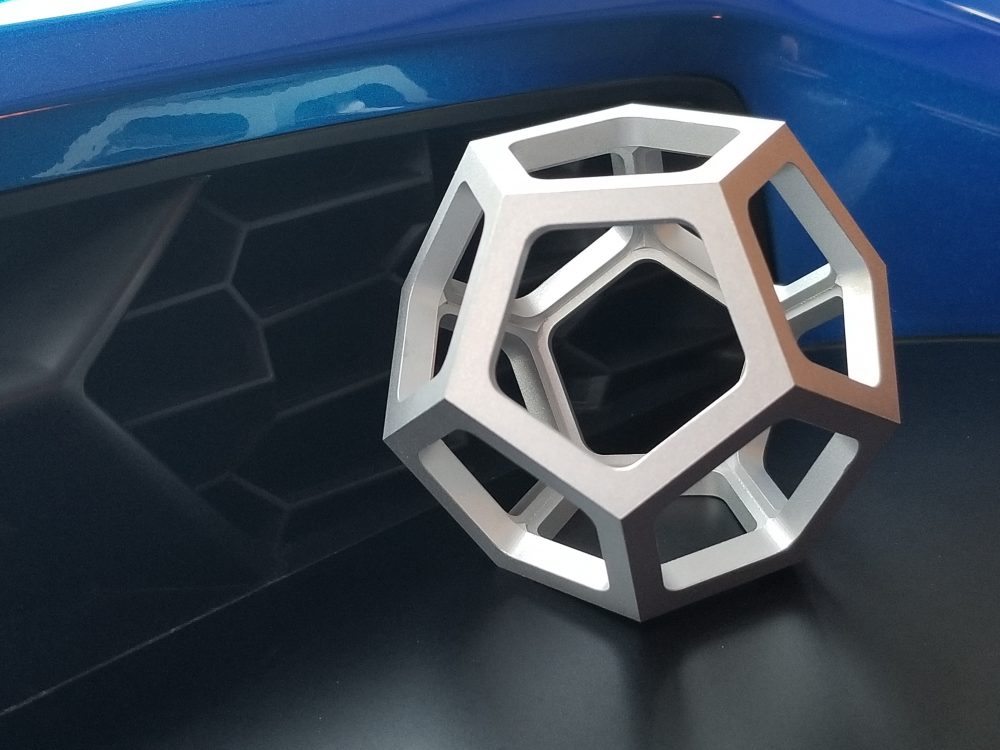 The Da Vinci Dodecahedrons from AltDynamic on Kickstarter (from $39) are machined from solid blocks of aluminium to achieve the highest quality possible. Typically, this type of shape would only be possible with 3D printing, or would require dozens of individual components to be fabricated and glued or screwed together and this goes to show the attention to detail and sheer quality in this mathematical inspired piece from AltDynamic. It is being offered in several anodised colours: Red, Blue, Green, Purple, Black, Champagne Gold and Silver. Anodised coatings are very robust surfaces which are corrosion-resistant, scratch-resistant and won’t stain or rub off. 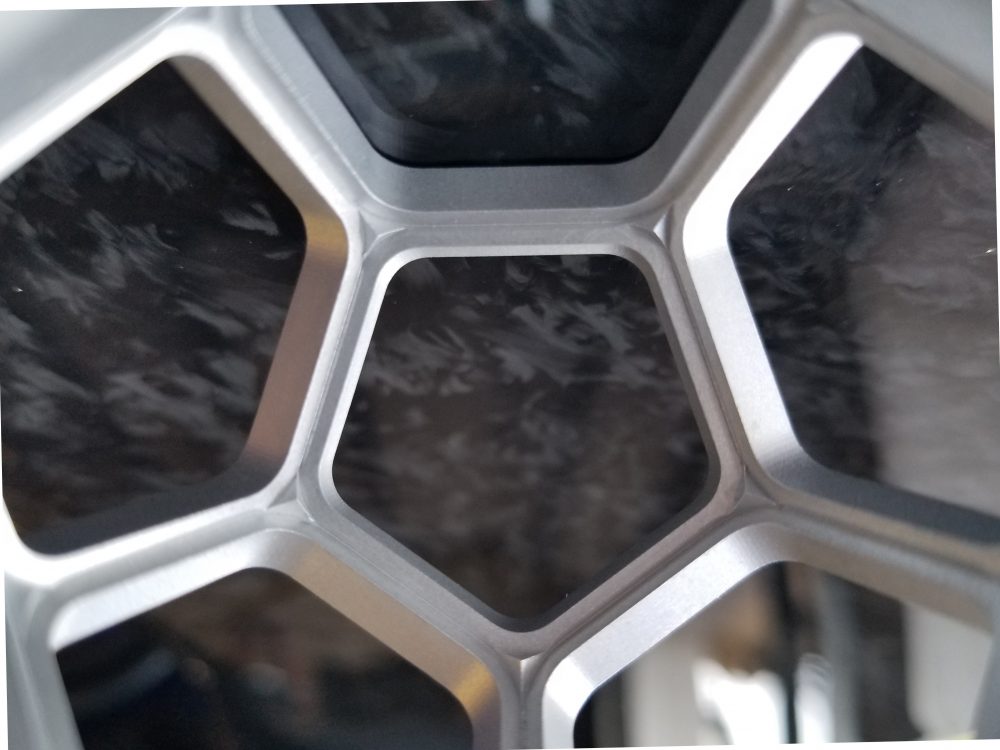 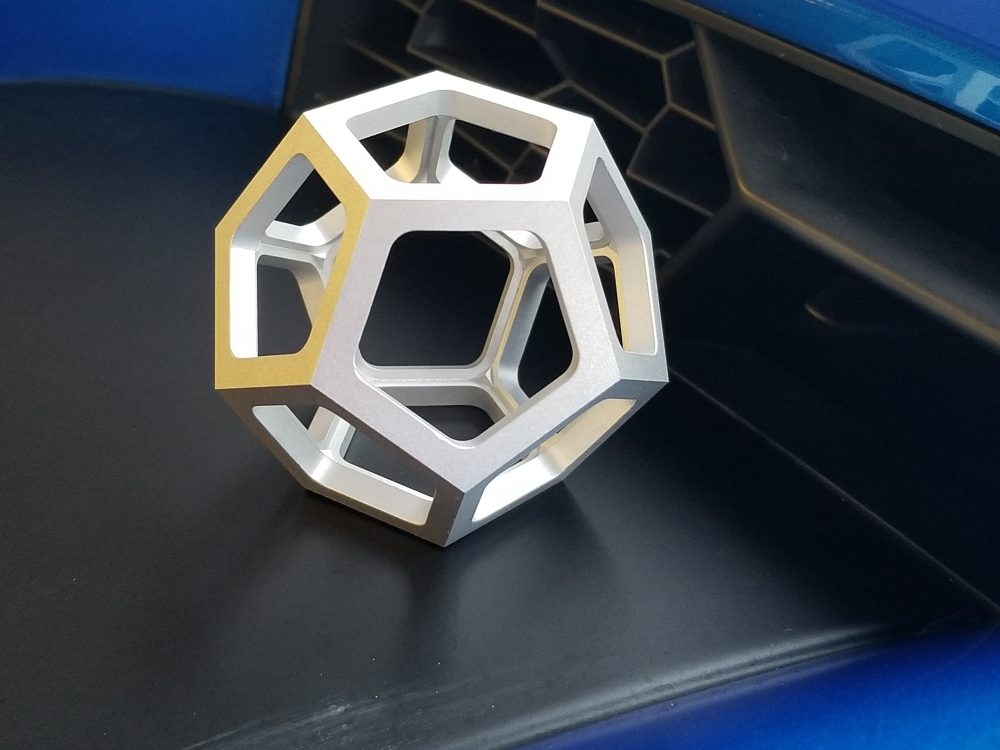 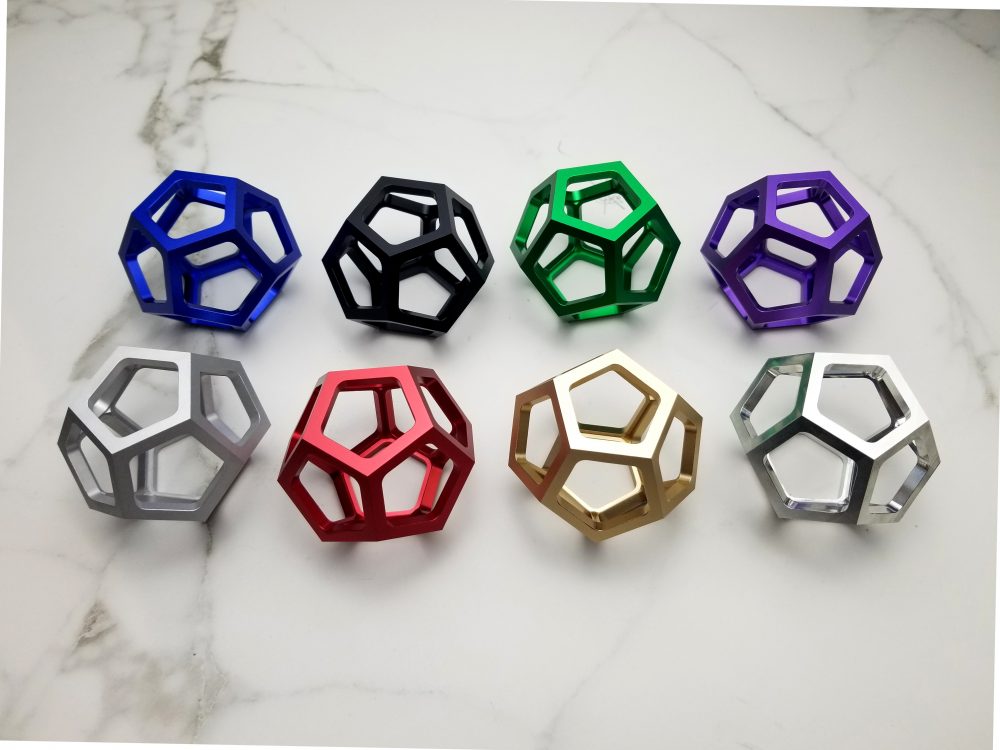 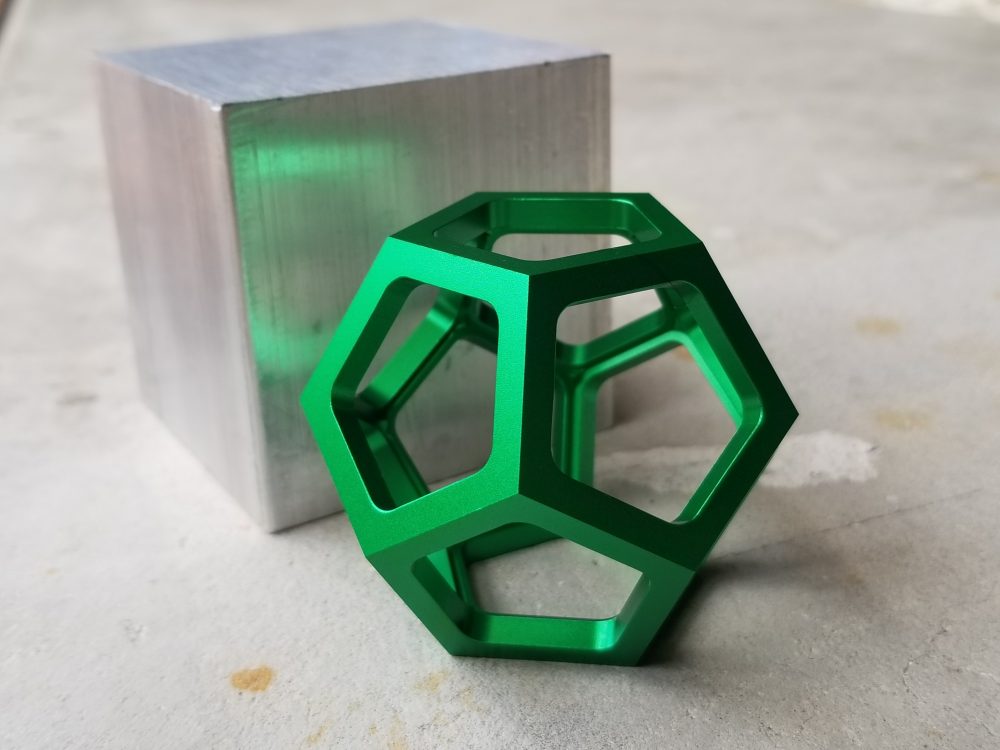 Each Dodecahedron has a height of 2 inches (51 mm) and a maximum width of 2.5 inches (63.5 mm) and will add a touch of class to your desk or wherever you choose to display this eye-catching piece of design. It is just smaller than a tennis ball and each one weighs 1.16 oz. (33 g).  A fun fact about the creation of these Da Vinci Dodecahedrons is that approximately 24 oz  (1.4 lbs) of material is removed to end up with the final shape which means around 95% of the material is machined away to create the finished product.

We love the other amazing mathematical creations from AltDynamic, such as the previous release, the Mobius Strip, and this latest offering is equally as engaging and impressive. The finish of the Da Vinci Dodecahedrons will be Satin for anodised colours. There will be very faint textures from machining. Raw Machine finished aluminium will show all machining marks as AltDynamic do not alter it after it is completed. Raw Machined finished units are bright, almost mirror-like, but can have small scratches inherent in the manufacturing process. 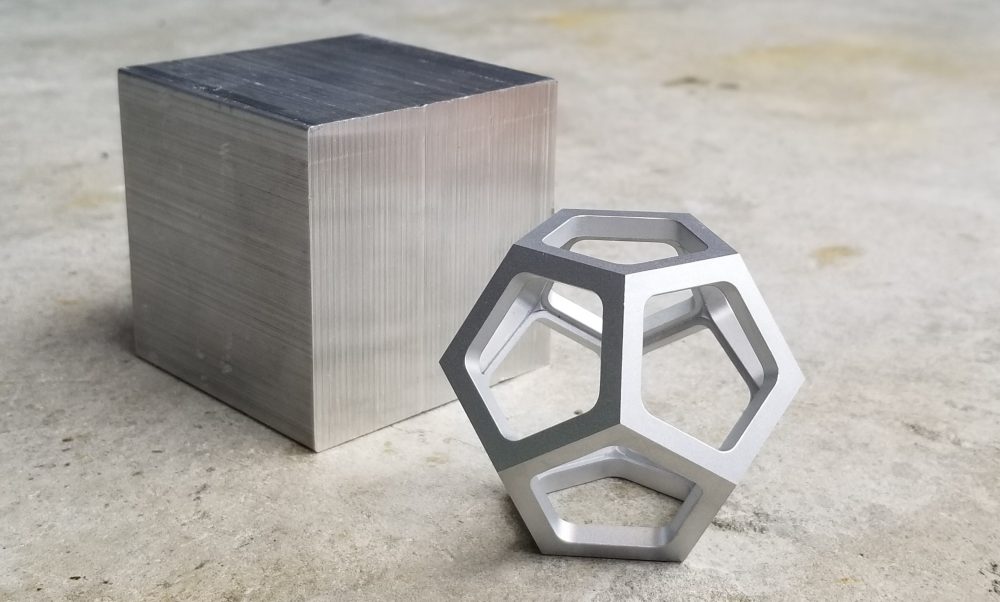 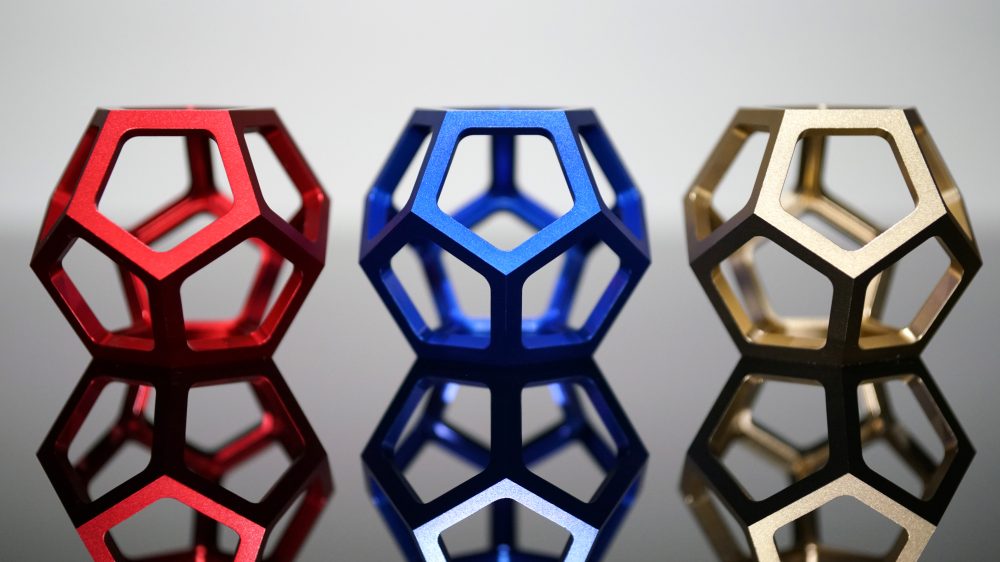 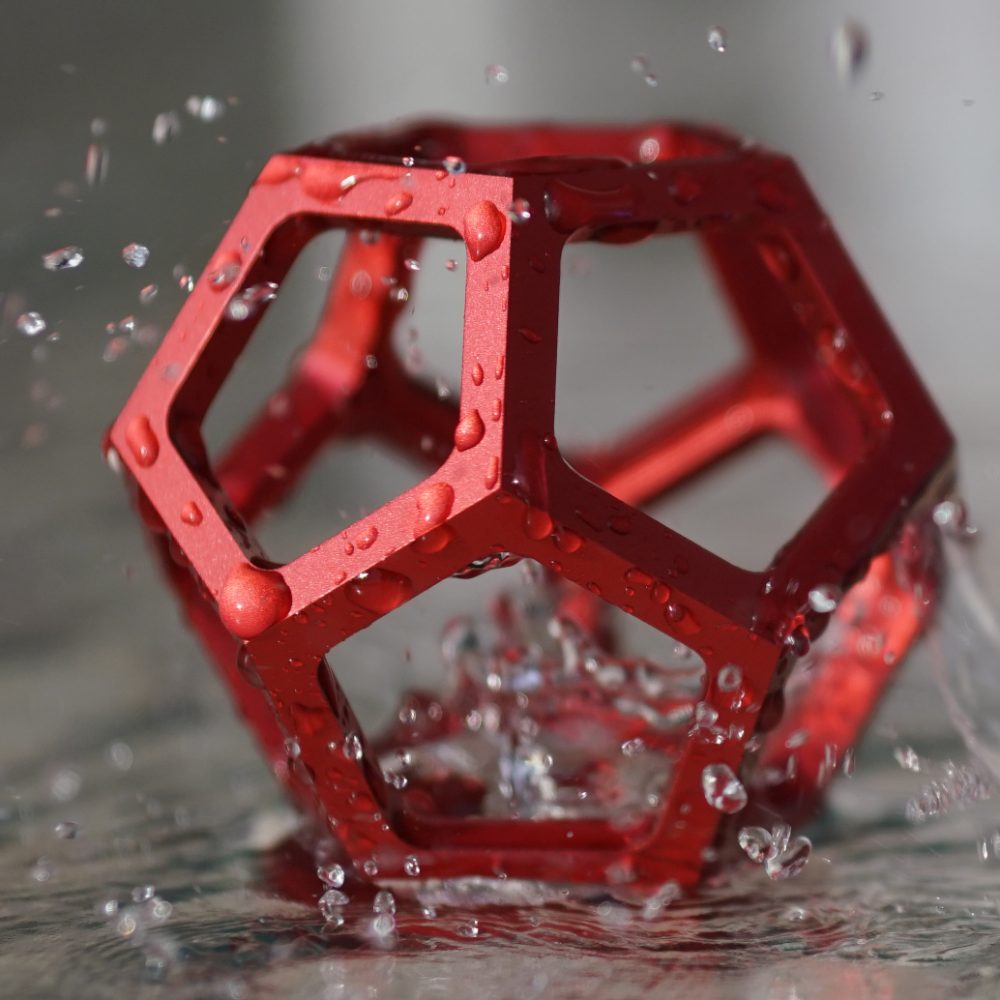 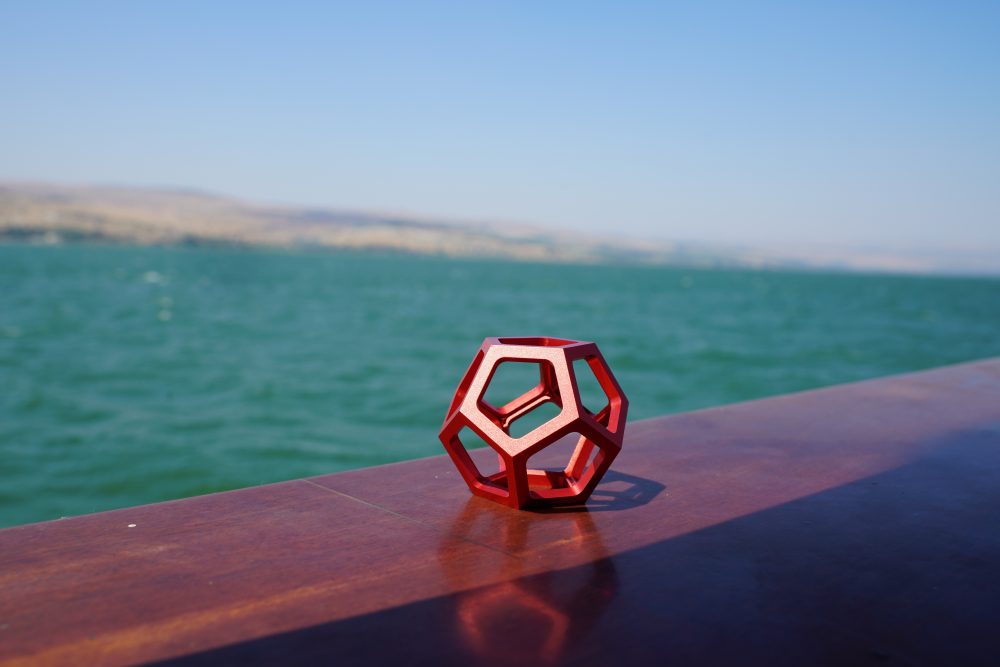 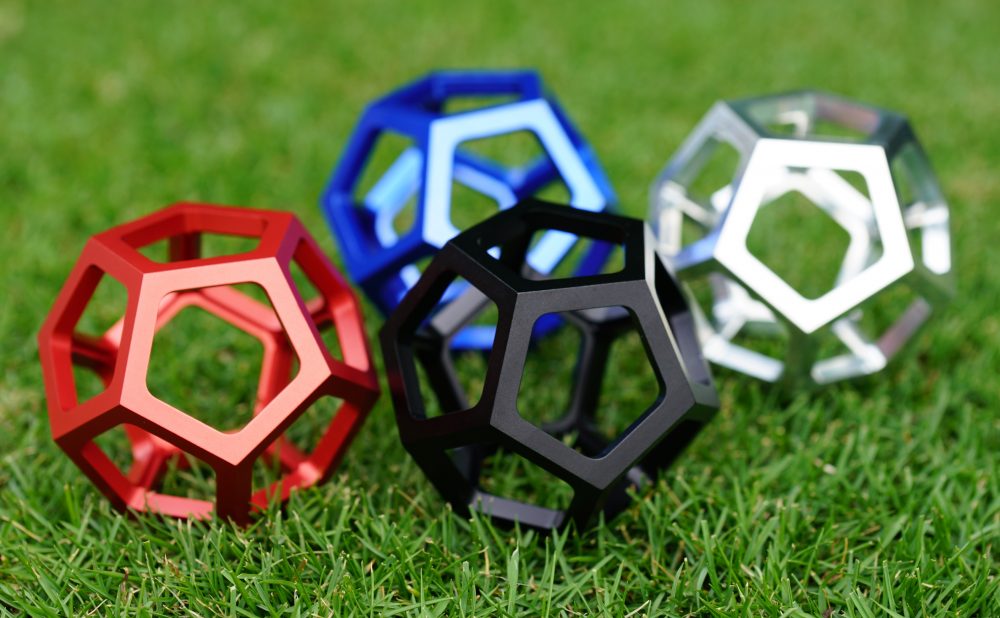 If you’re looking for interesting, unique and eye-catching accessories for your home or office, you definitely won’t go too far wrong with these brilliant AltDynamic Da Vinci Dodecahedrons. They’ve already proved to be mighty successful on Kickstarter and have flown past their funding target which is testament to the fact that there are plenty of people out there wanting to get their hands on such well made pieces.