The 1950s was a pretty cool era for motorbikes truth be told and the 1930s an aesthetically unparalleled age for bicycles gave rise to some of the most striking and iconic steeds anywhere out there. It is two of these machines that Analog Motorcycles have latched on to with a superb customisation job which is built upon the frame of a stunning 1930 Iver Johnson bicycle frame and using a Ducati Cucciolo Motorbike engine and, as you can see, the end result is nothing short of extraordinary. 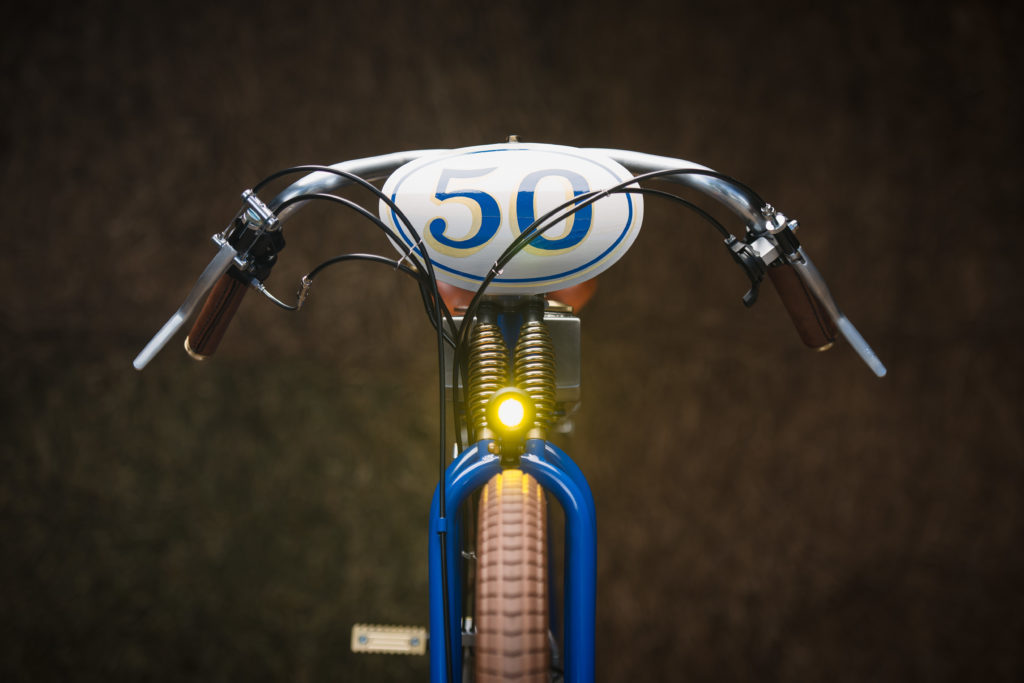 The Analog Motorcycles 1950 Ducati Cucciolo Motorbike looks quite unlike any of ride out there and if you’re a fan of vintage style steeds, this is one that will unquestionably be up your street. This spectacular steed boasts all manner of eye-catching customisation features that will really appeal and if you’ve got a passion for old-school style rides, there will be few better contraptions for getting from A to B than this Analog Motorcycles 1950 Ducati Cucciolo Motorbike.

Everywhere you look with the Analog Motorcycles 1950 Ducati Cucciolo Motorbike you’ll see clever little custom features that add to the overall aesthetic of this amazing machine and we’re loving the visuals here at Coolector HQ. Just a few of the most stand out features on the Iver Johnson chassis from a customisation point of view include a custom made seat post, Scwalbe tires, Sunlight Springer front end and Surley hubs. 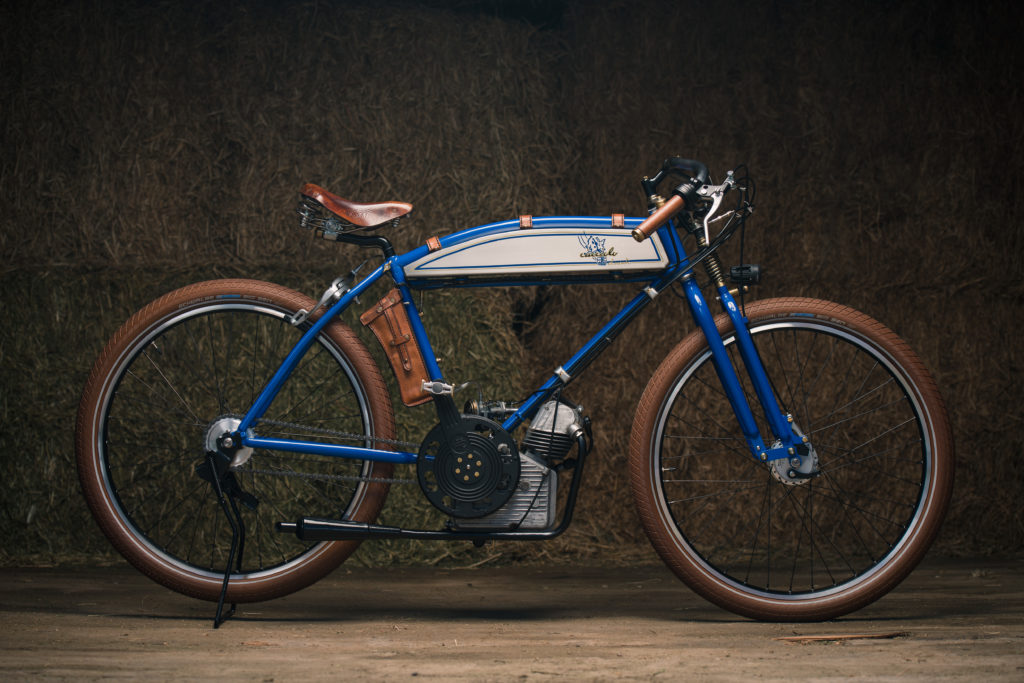 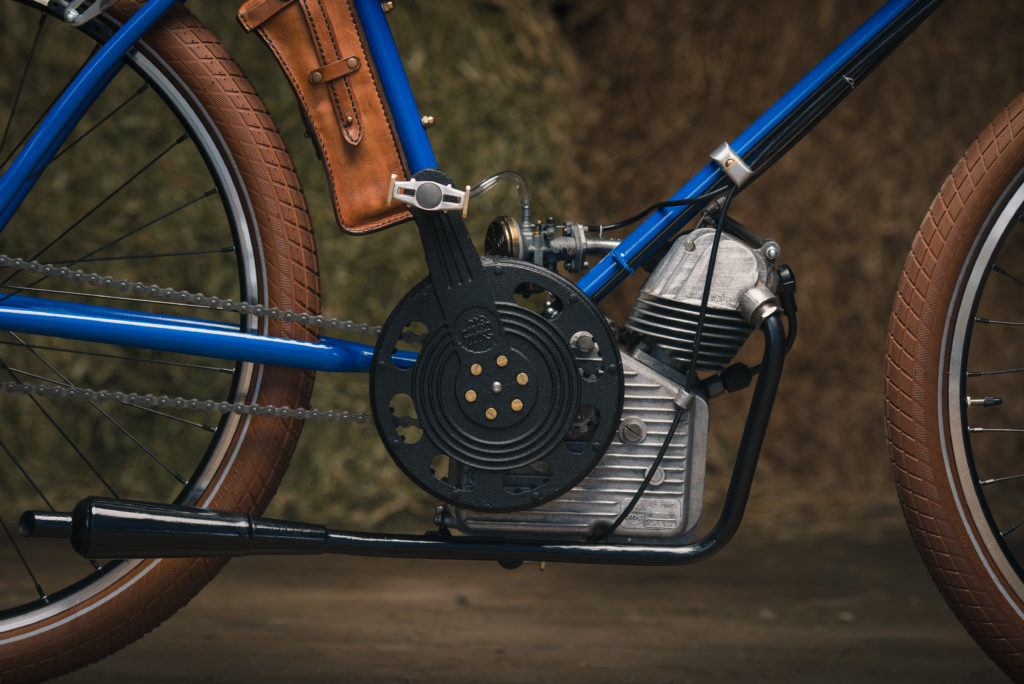 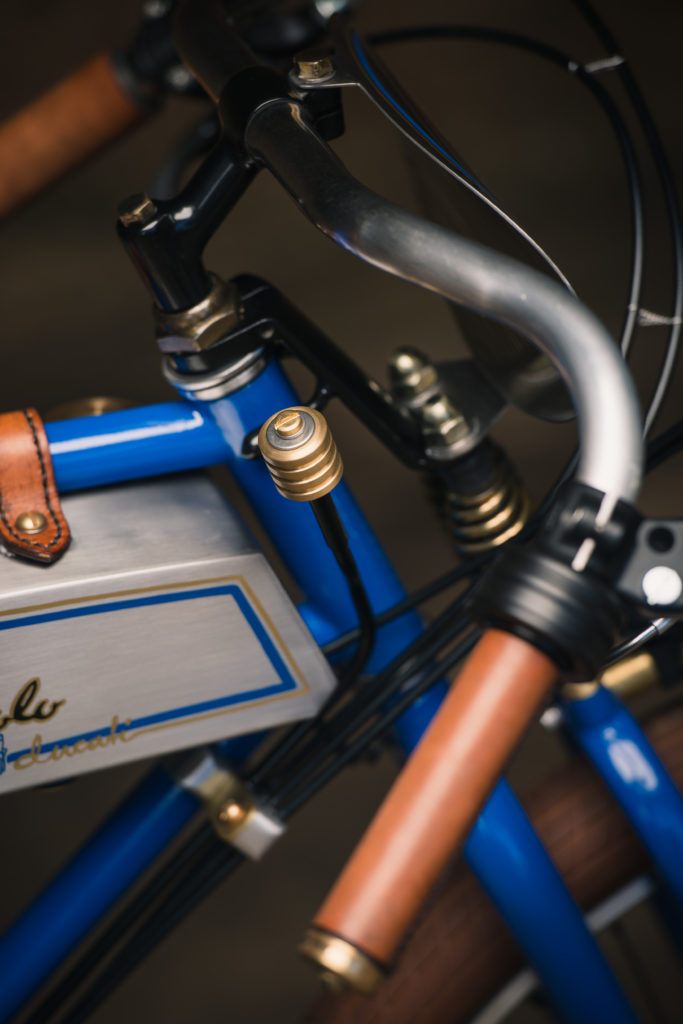 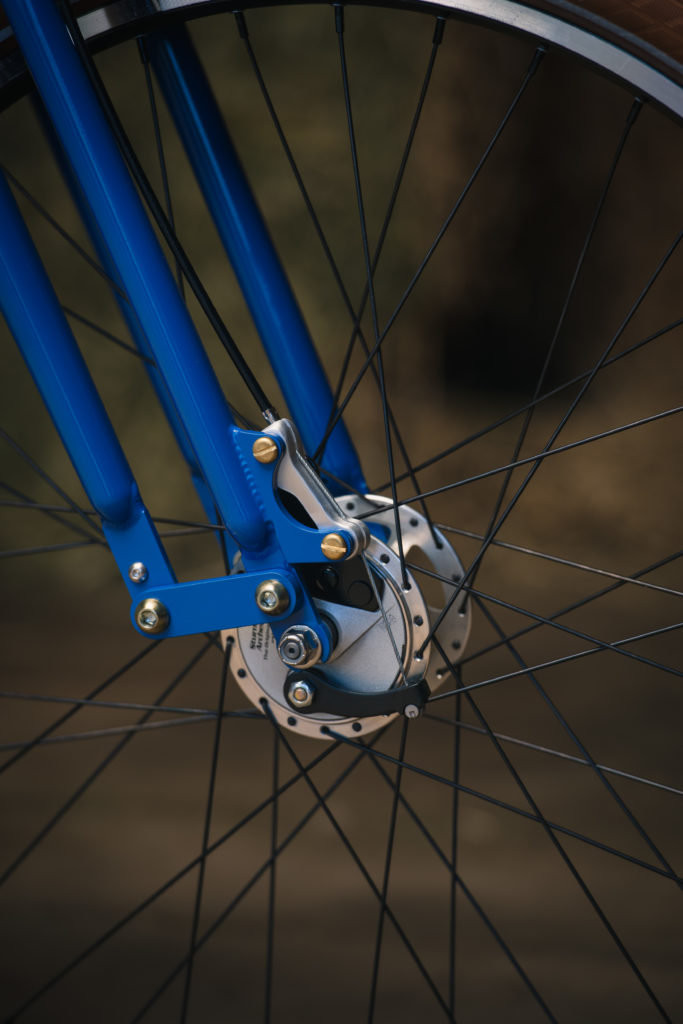 The good news just keeps on coming when you move onto the engine of this machine, which is taken directly from a 1950 Ducati Cucciolo motorbike. This engine has a custom made hand shifter set up, stock Weber carburettor, a carefully repaired stock muffler and such a painstakingly restored engine from a Ducati engine over half a century old that is a real sight to behold and adds an undeniable touch of class to the Analog Motorcycles 1950 Ducati Cuccioli Motorbike. 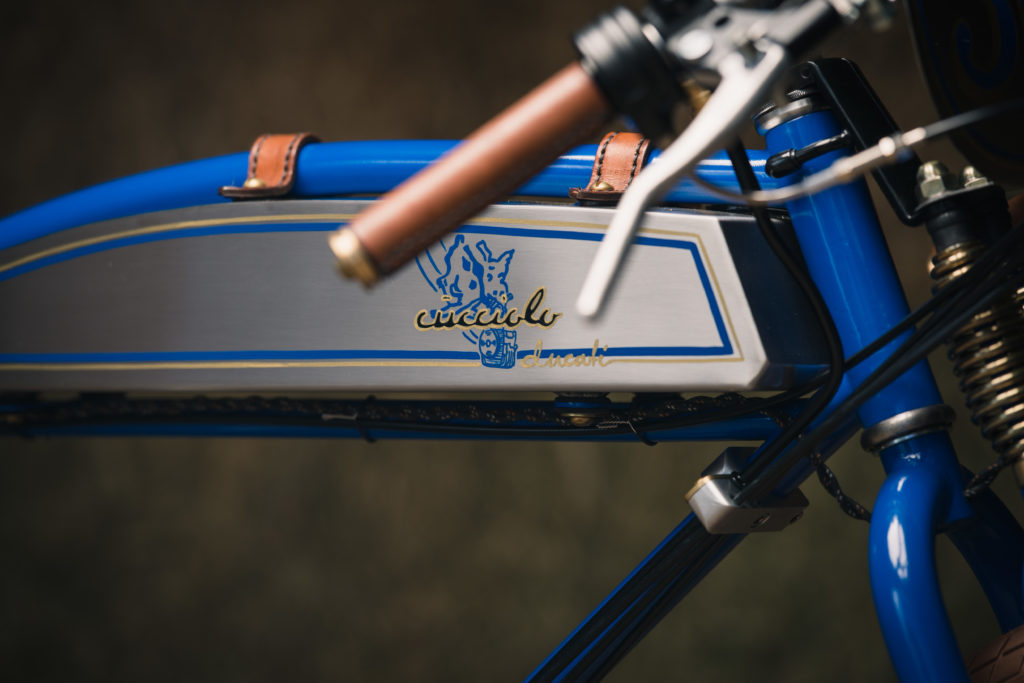 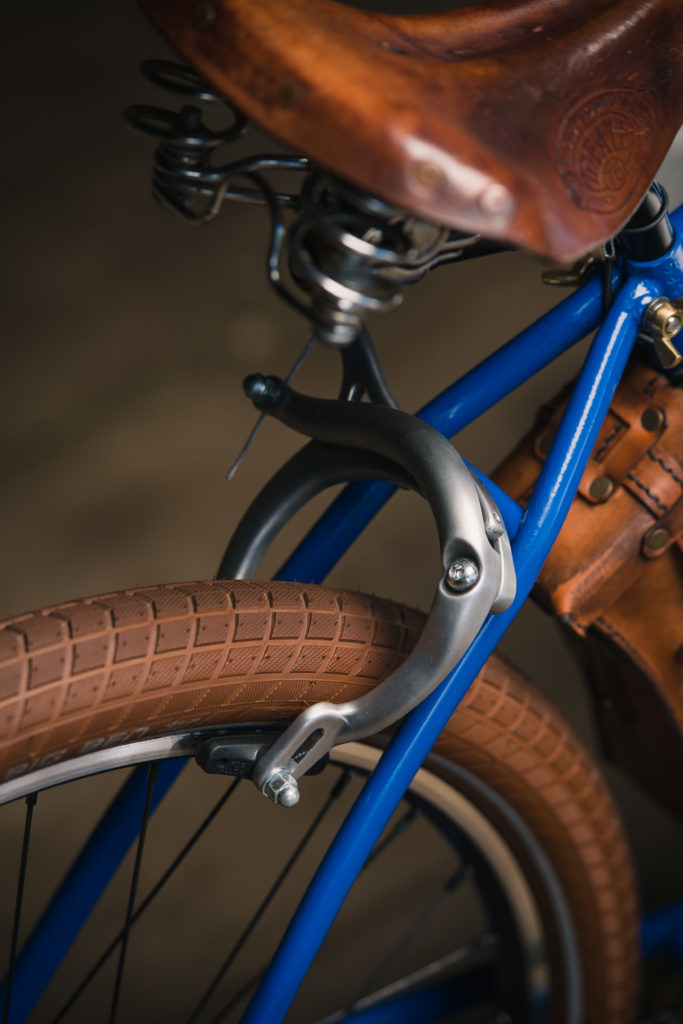 When not considering the chassis or the engine, you’ll still be treated to some mesmerisingly cool features across the rest of the bike including the likes of CNC machined brass pedals, a Denali DM micro light, brass, stainless steel and aluminium accents throughout the design and a spectacularly stylish Bitwell whiskey throttle. One of the coolest bikes we’ve encountered from an aesthetic point of view here at The Coolector.

Back To The Future

With so many old-school design features and accents, this phenomenal looking machine wouldn’t look out of place supplanted back in the 1950s but the workshop at Analog Motorcycles have spent an awful lot of time giving it a contemporary feel as well and it’s hard not to be impressed with what they have achieved. Stylish, great performance and one of the coolest looking machines on the market, there’s nothing not to like about this stunning steed. 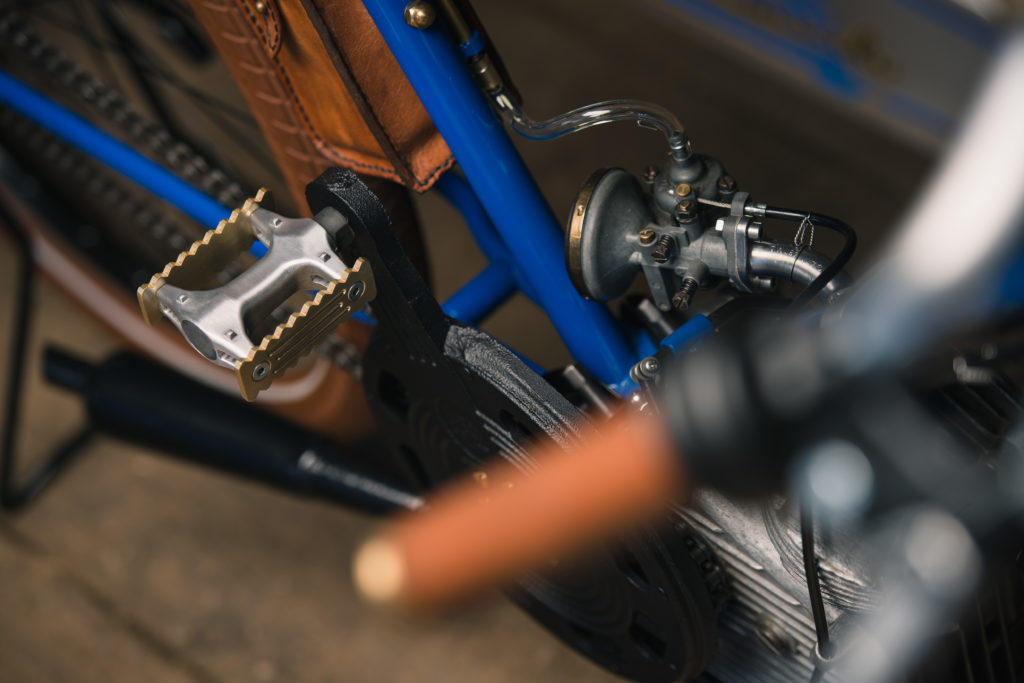 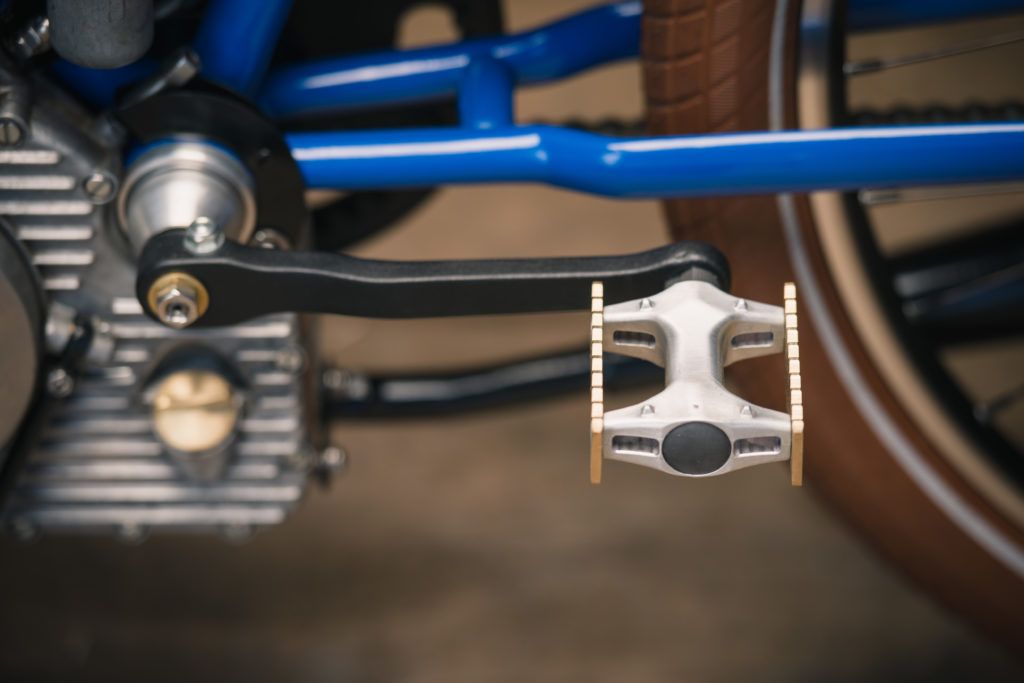 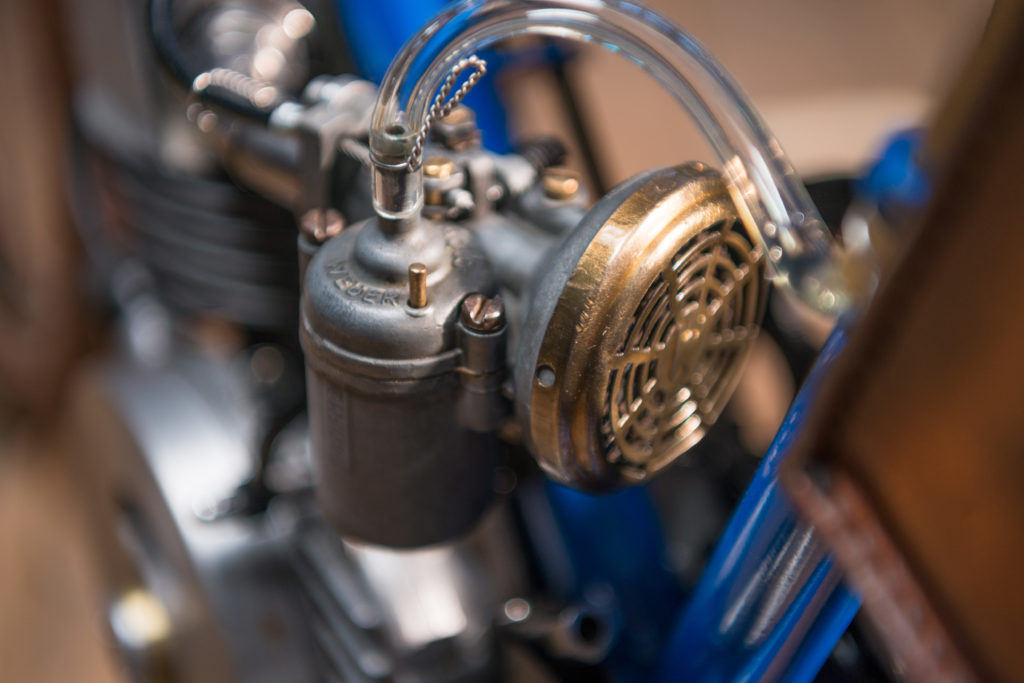 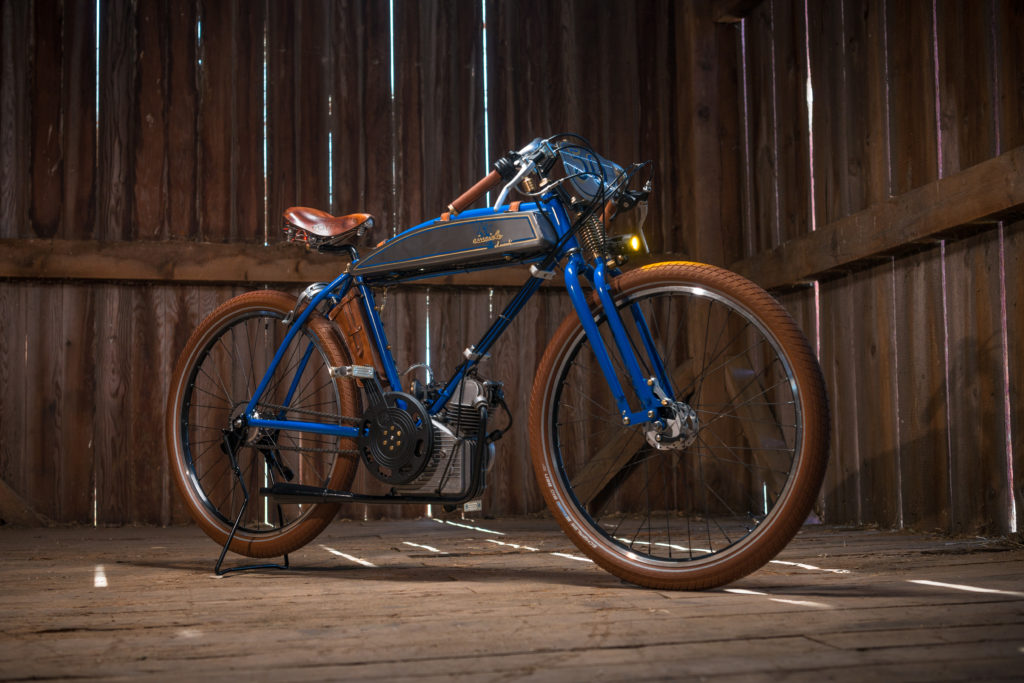 Analog Motorcycles are a new workshop on our radar here at Coolector HQ but such is the quality of this amazing construct, we’re sure this won’t be the last time they’re featured on our pages. The fantastic 1950 Ducati Cucciolo Motorbike is a one in a million build and we’re sure there will be plenty of old school motorbike aficionados out there itching to get their hands on such a incredible piece of design and build.