Italy is a country on our list of countries to visit again sooner rather than later and we’re definitely more likely to visit when we come across amazing pieces of architecture like the AP House from GGA Architects. This breathtaking piece of design really does tick all our aesthetic boxes here at The Coolector and the stunningly located and beautifully finished property is going to appeal to lovers of minimalist, understated design as well. 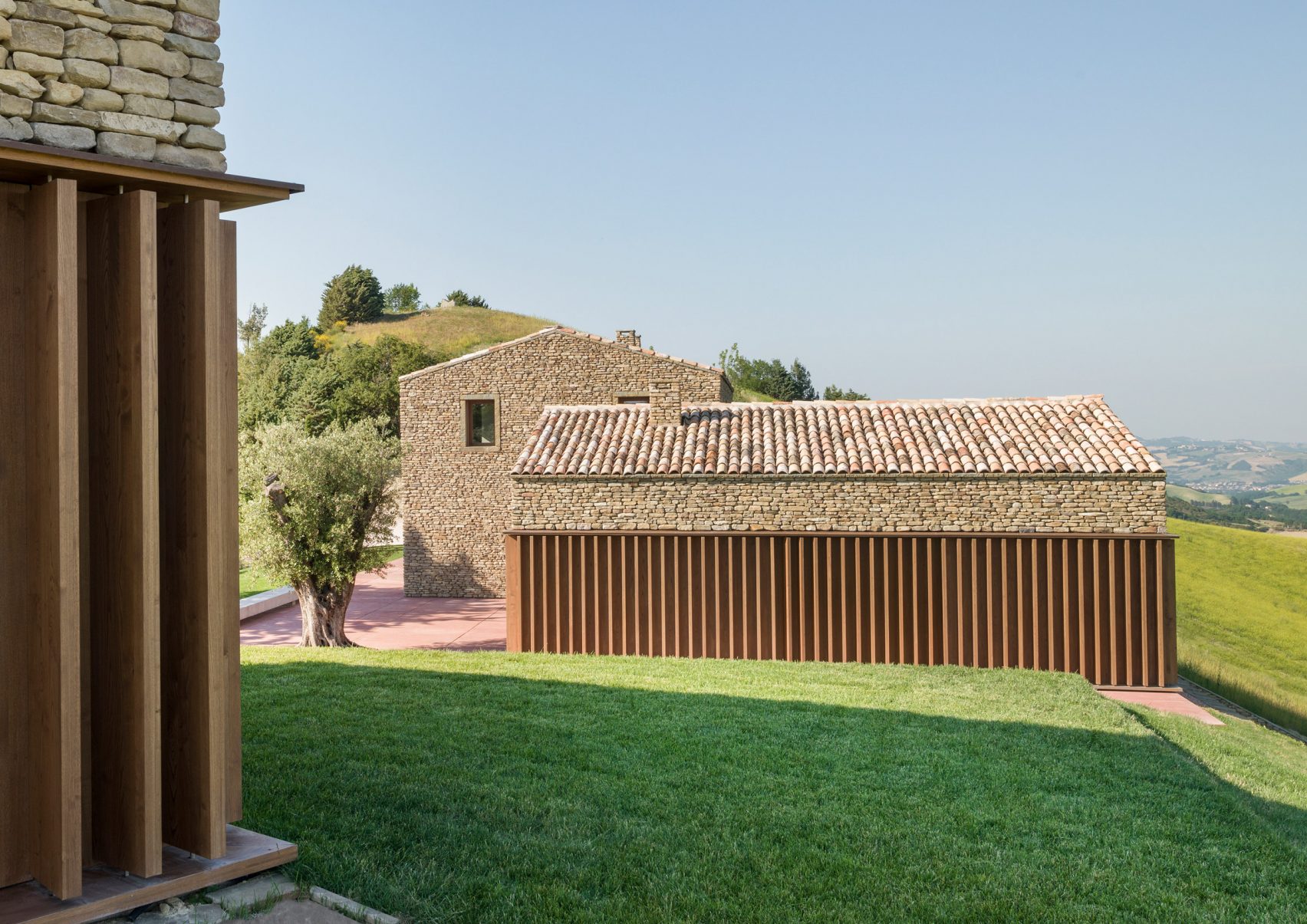 The AP House from GGA Architects is located in the Marche region of Italy and the structure itself is situated on top of one of the highest hills in the area around the ancient walled city of Urbino, which can be found in the spectacular foothills of the Northern Apennines. This amazing piece of architecture is aesthetically outstanding and its difficult to know where to begin so far as singing its praises are concerned.

There is a distinctive contemporary aesthetic to the AP House but it certainly borrows heavily from the sort of houses that may have been found in the region in years gone by and we’re loving how carefully each element of the design has been considered here at Coolector HQ. The site where AP House is located was previously occupied by a rural hamlet which actually dates all the way back to Medieval times. Rimini-based,GGA Architects, placed the new structures for the property on top of the ancient remains and made a compelling connection to them by adding a basement level which has been buried within the hill itself. 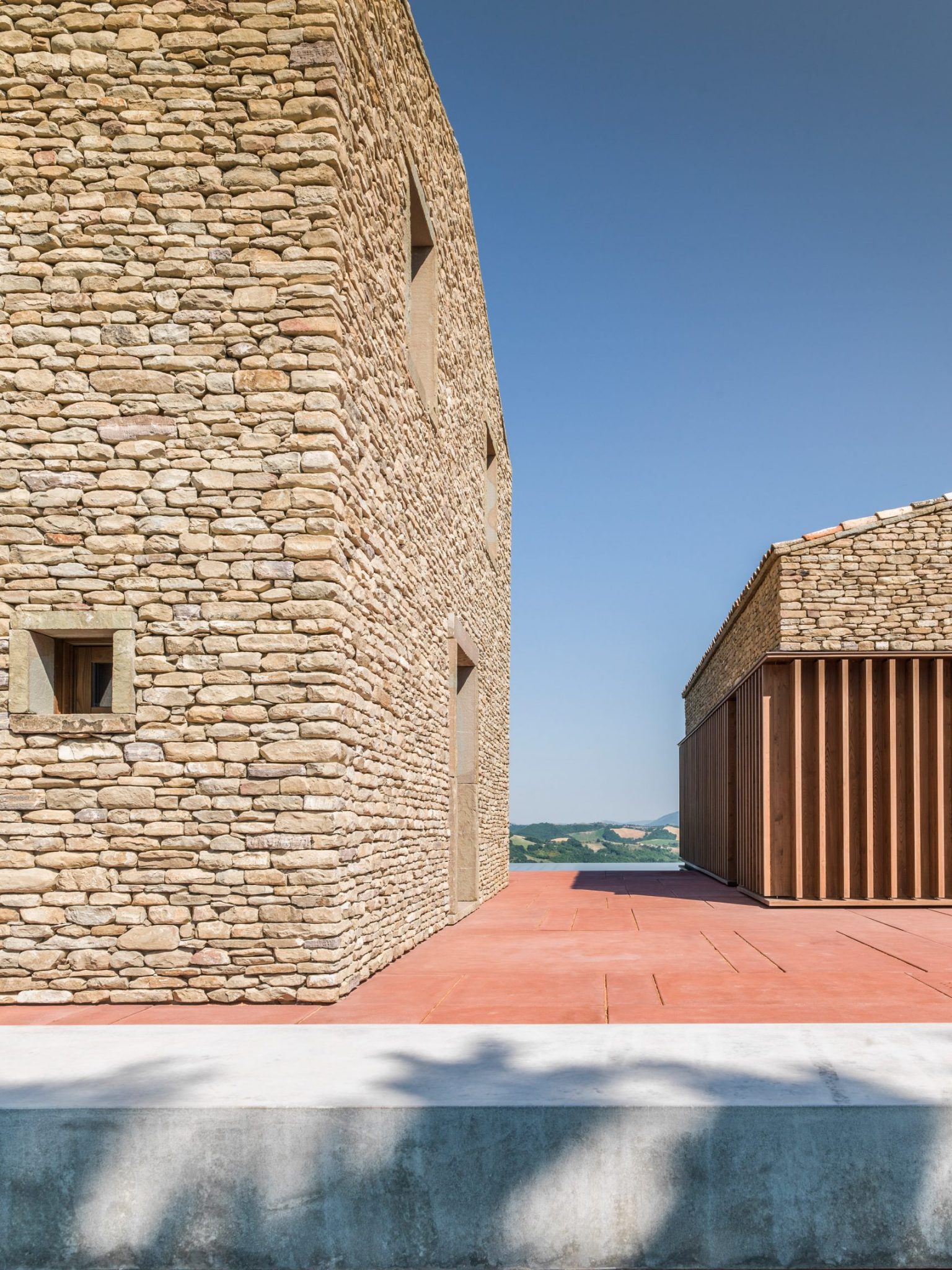 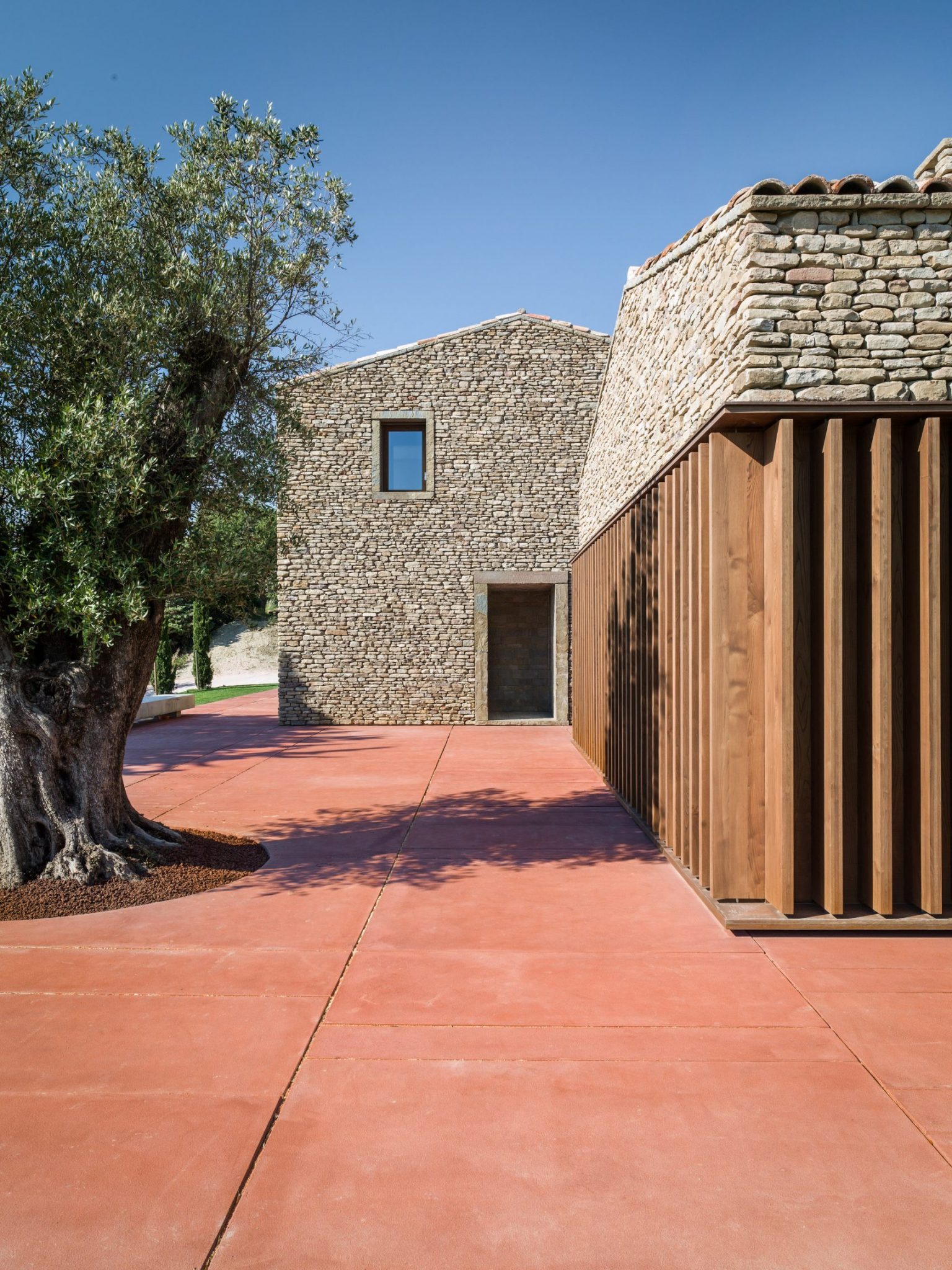 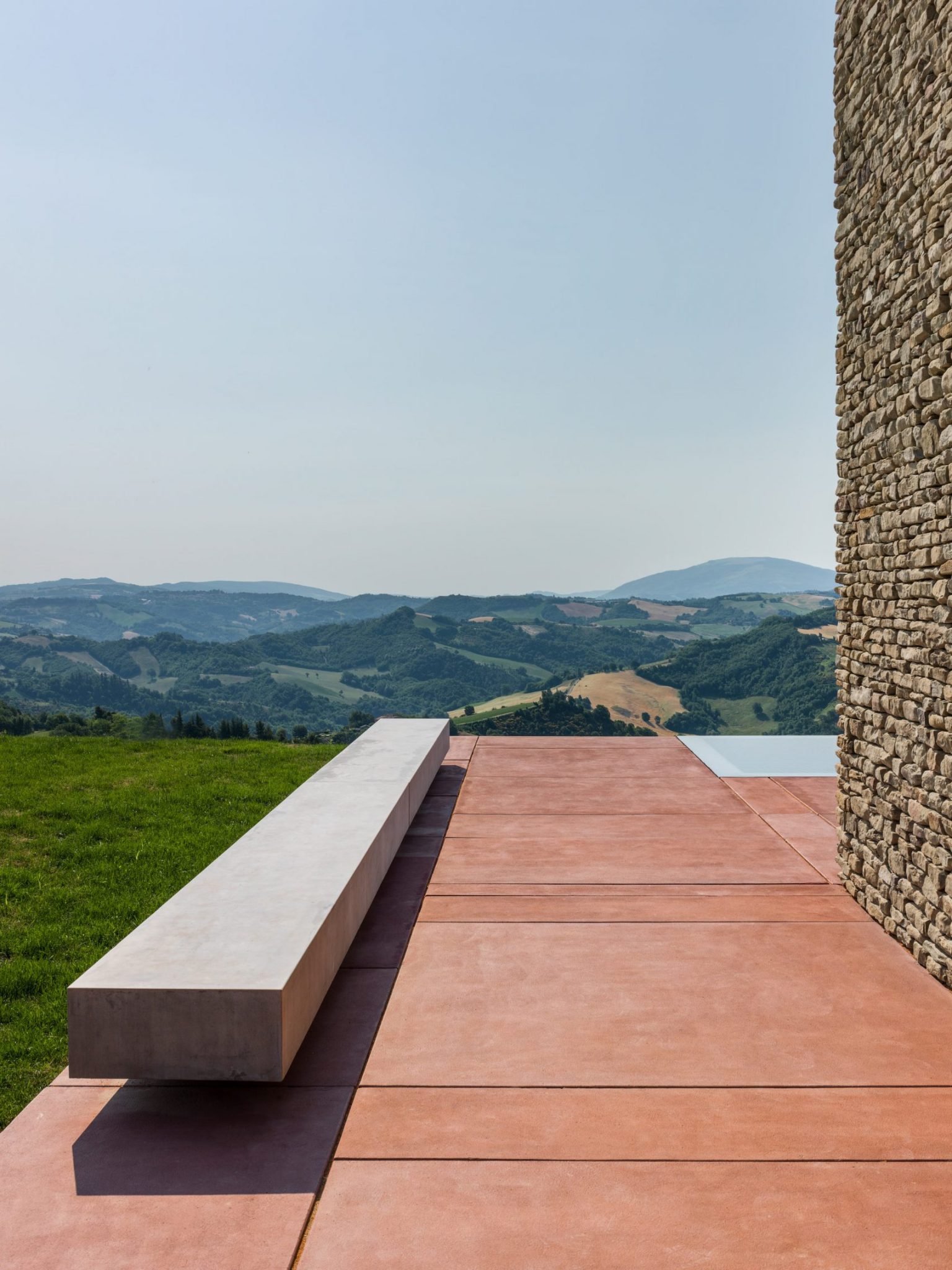 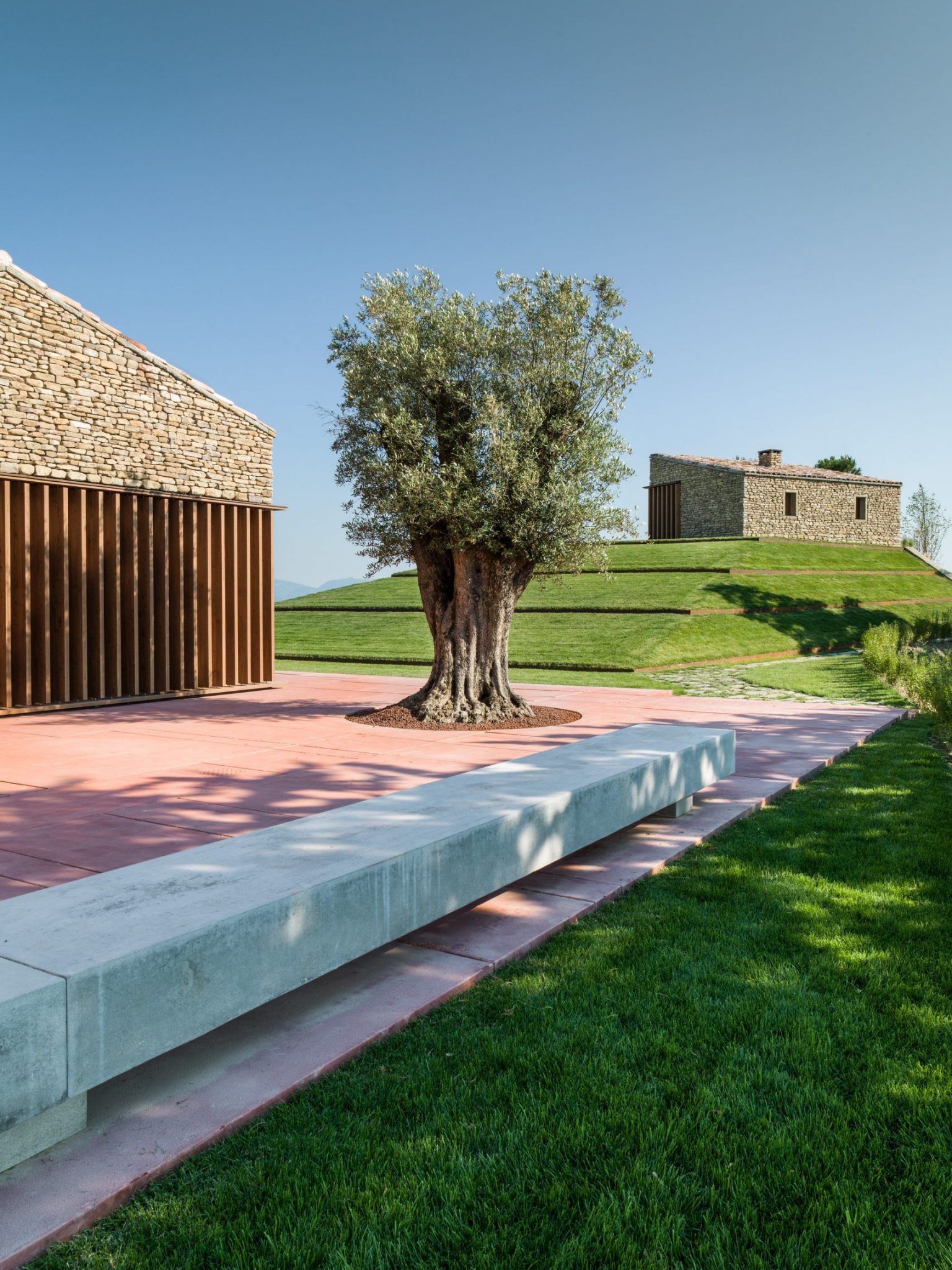 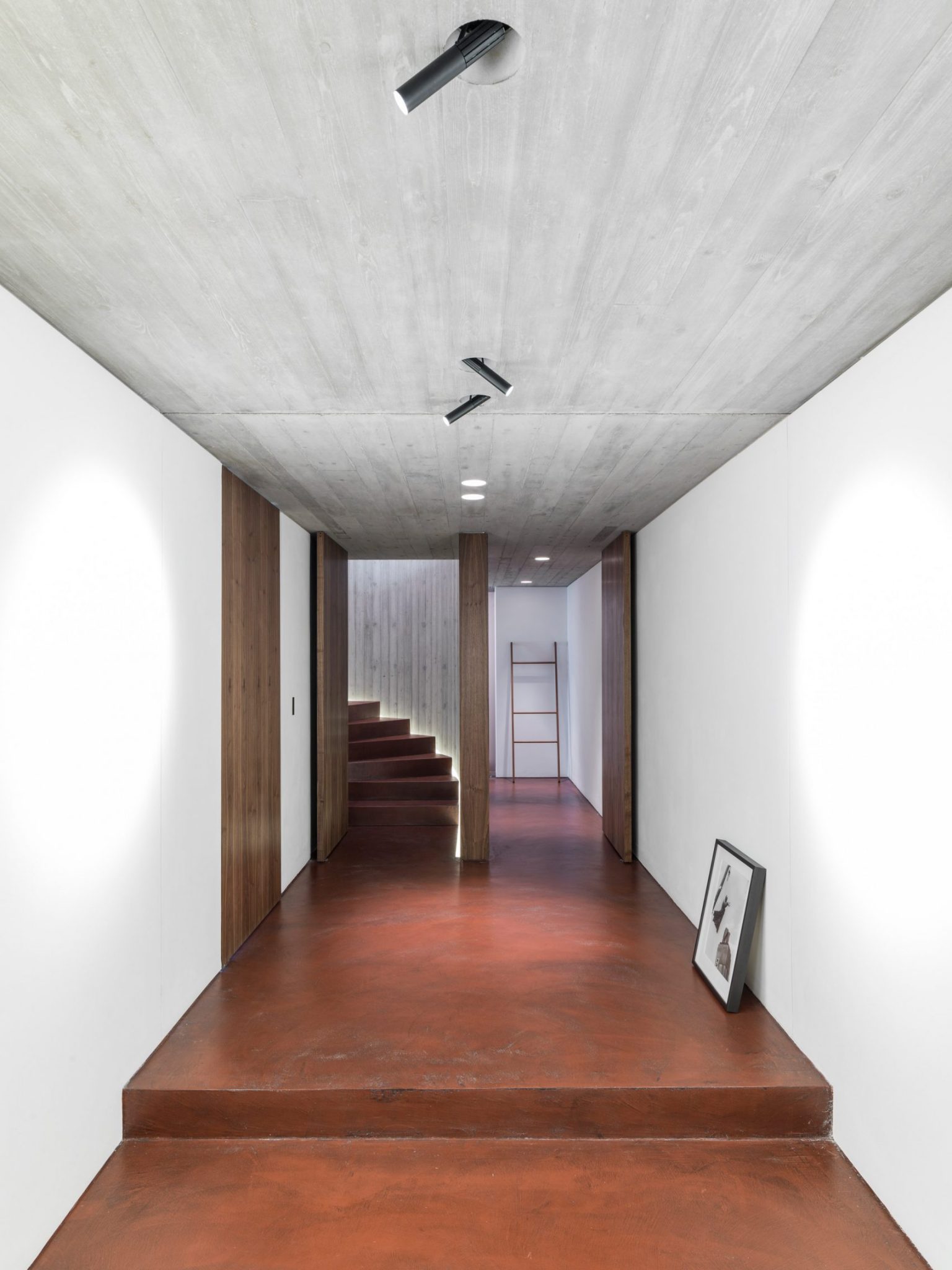 A traditional element has been added to the finish of the AP House with a classic style tiled roof across the different structures which adds a touch of class and visual appeal to the dwellings. Clean lines abound with the buildings with a real emphasis on minimising any external eye-sores such as guttering and drainpipes which have been cleverly integrated elsewhere so as not to detract from the considerable visual appeal of this stunning property. 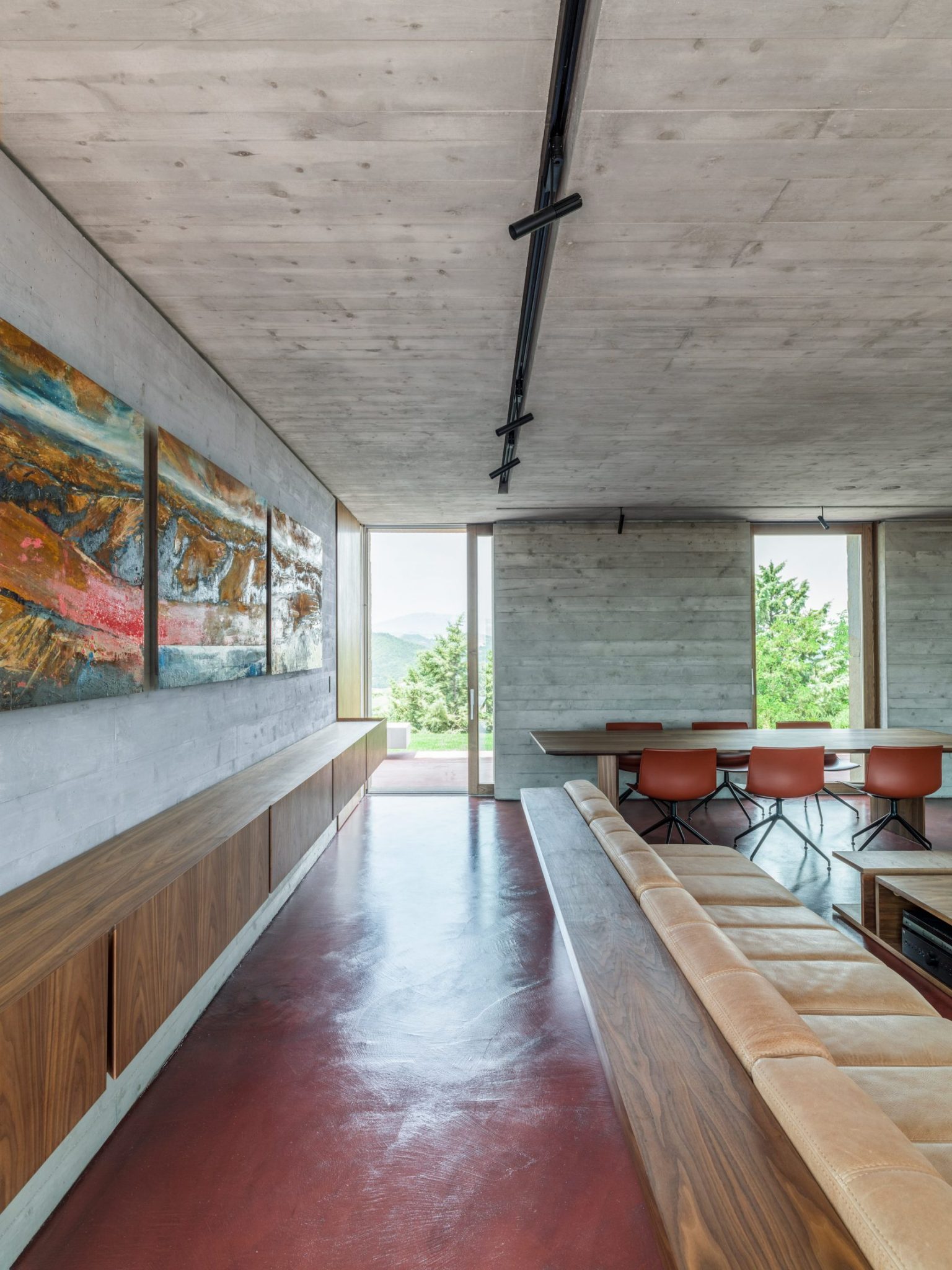 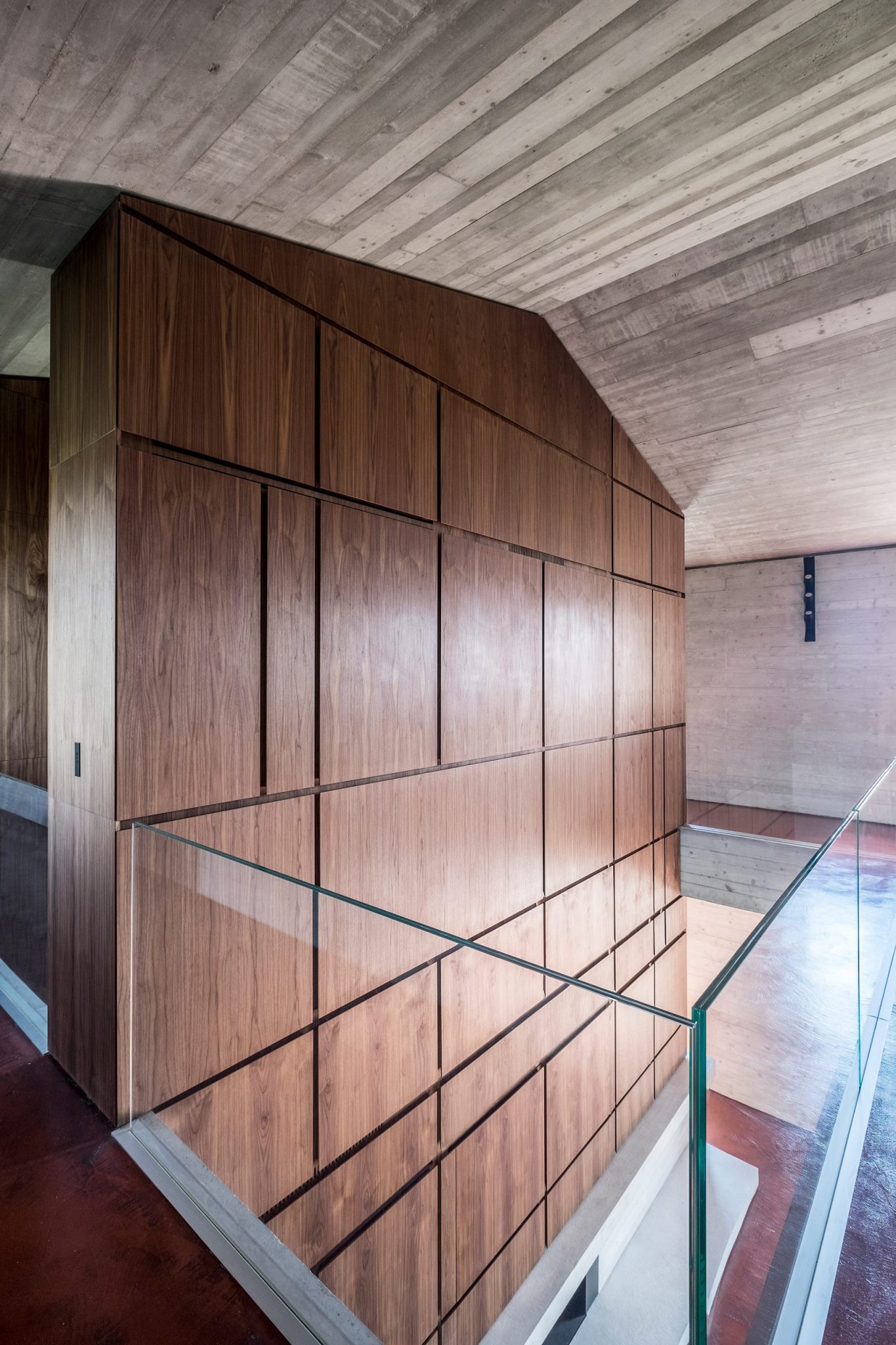 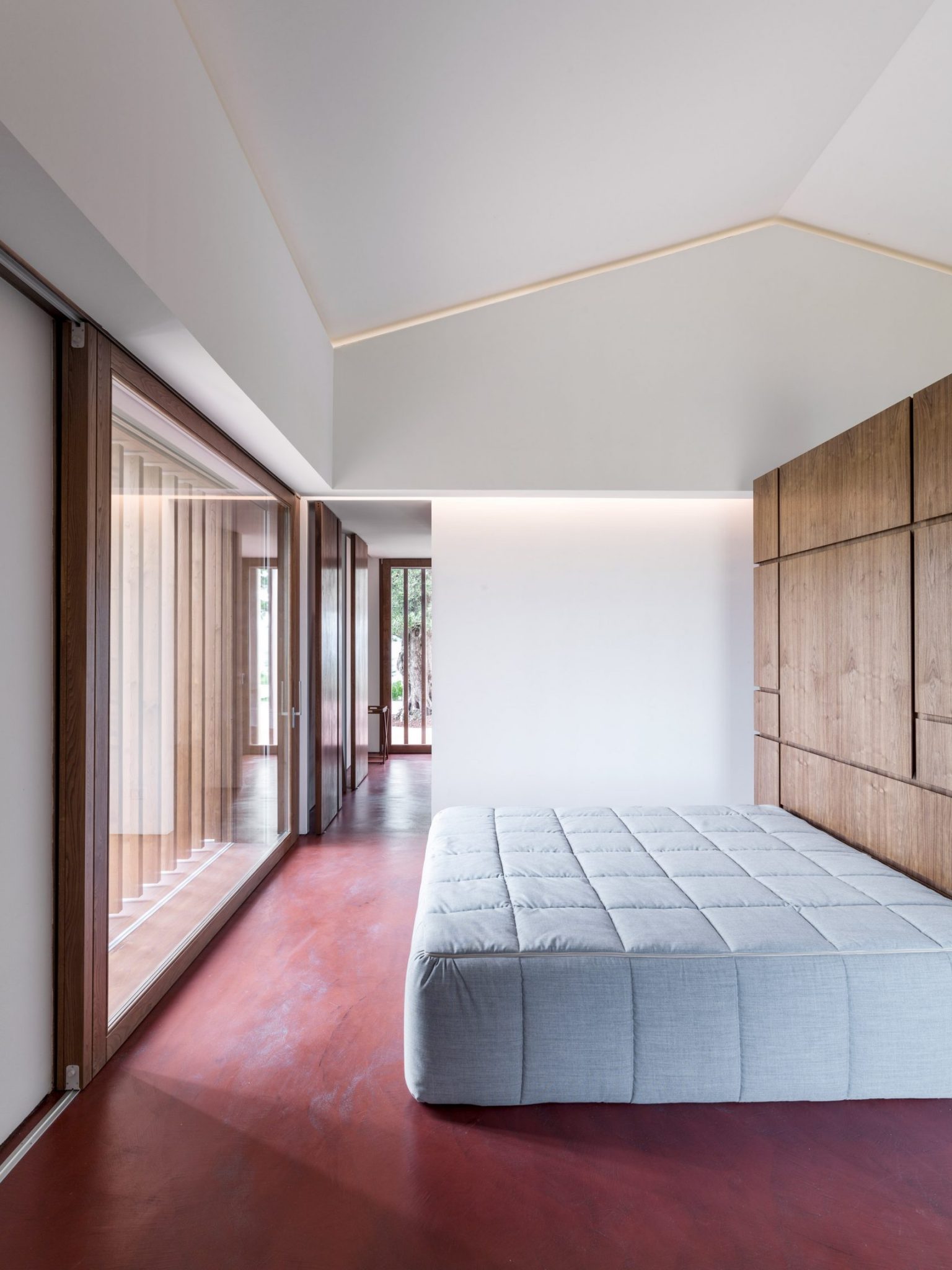 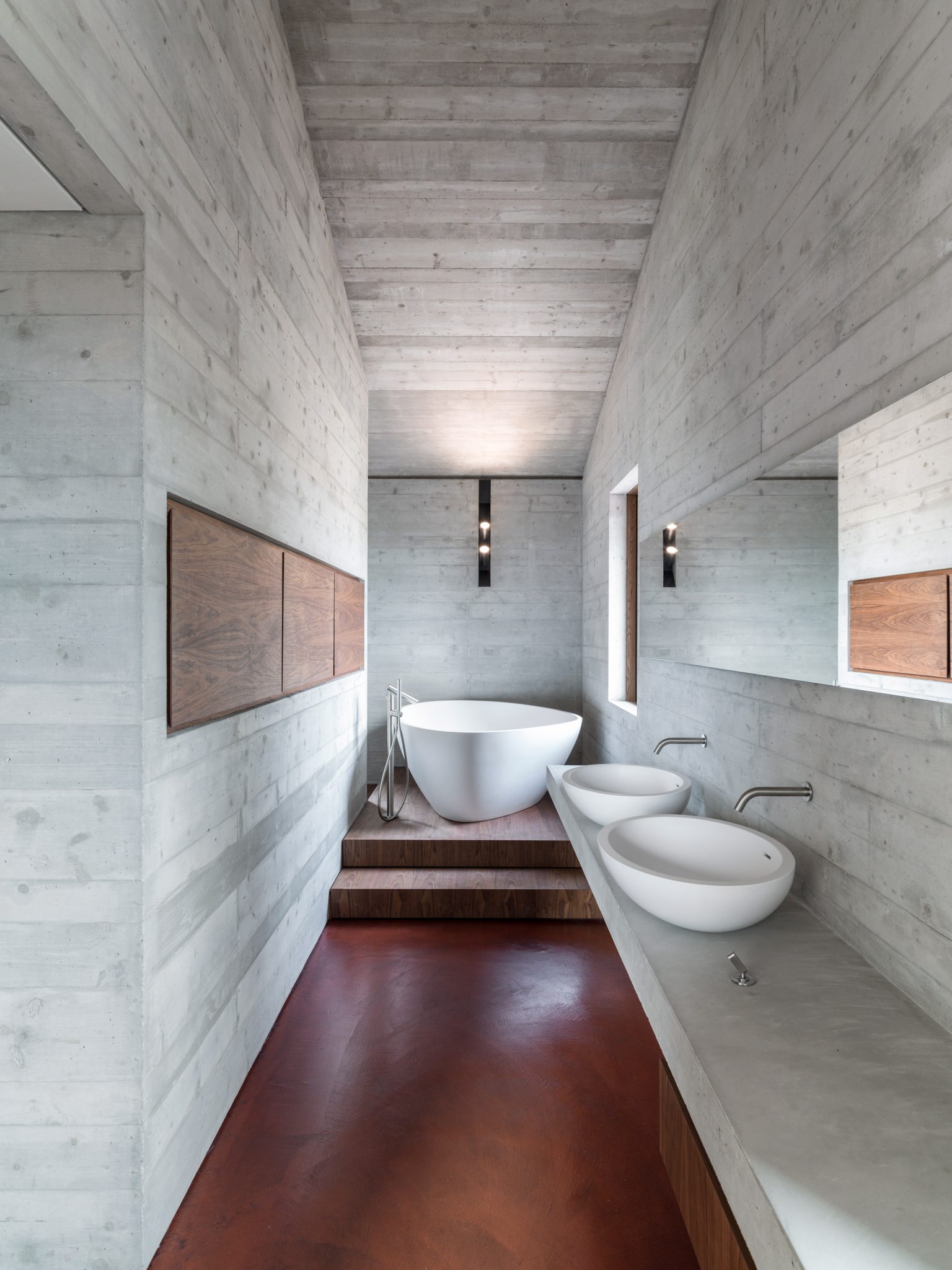 The AP House from GGA Architects fits in perfectly with its countryside surroundings and doesn’t impact upon it at all by ensuring it has an elegant, muted exterior that isn’t at odds with the picturesque setting of the property. It has two main buildings which are situated on a red-pigmented concrete platform which forms a welcoming terrace with amazing views of the surrounding vistas. The coloured concrete delivers an eye-catching contrast to the hues of the verdant hillside and the blue skies and luxurious swimming pool.

There is a real sense of classiness to the AP House both on the inside and the outside and the sophisticated design is something that will make this amazing property stand out from the crowd. The basement level of the property is used as a garage which keeps the cars out of sight and maintains the stunning countryside aesthetic without the eyesore of vehicles. Also in the basement level is a cinema room and a gallery space in a corridor which serves as a connection between the main building and the annex where you’ll find a gym and spa area. 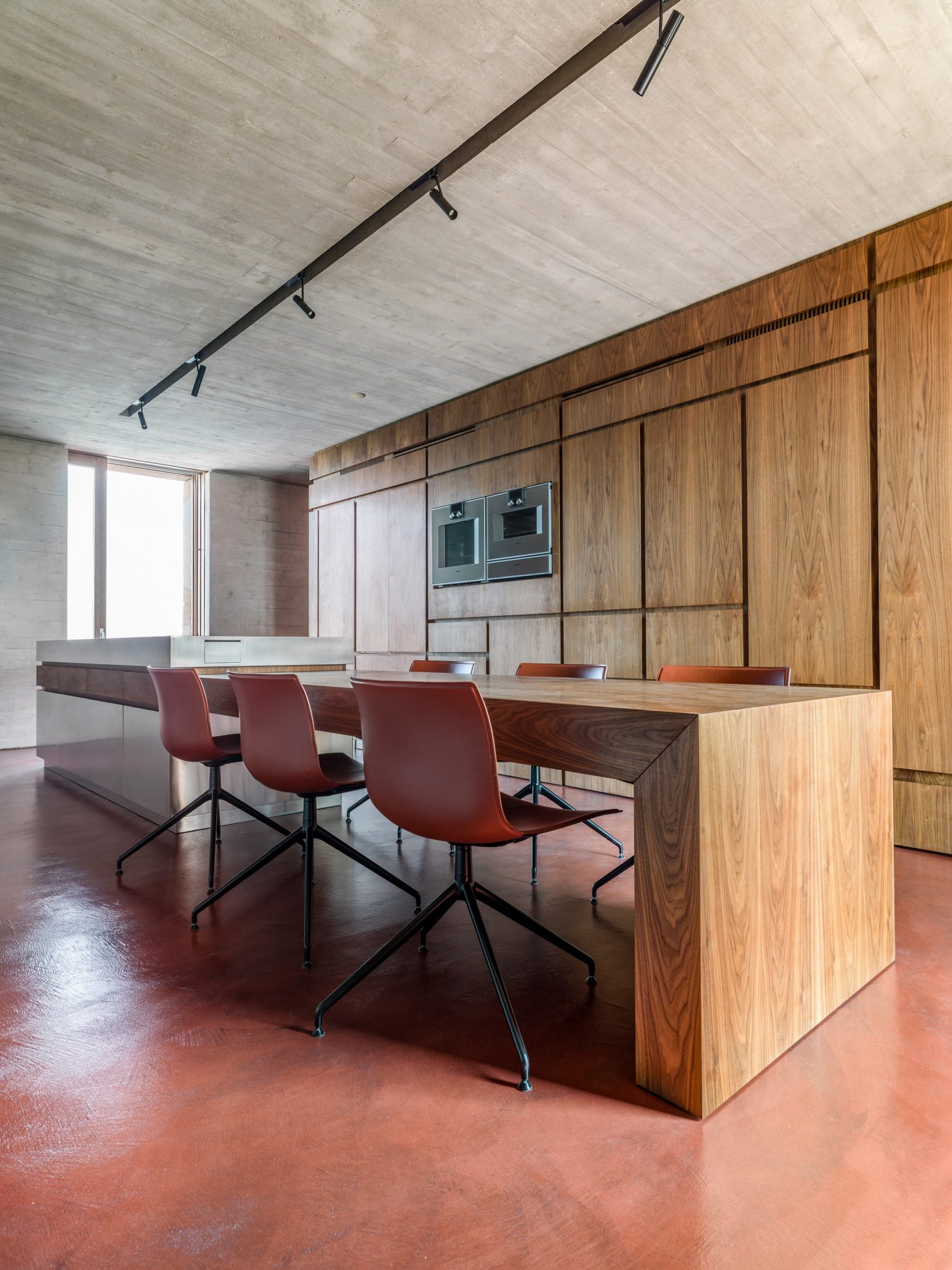 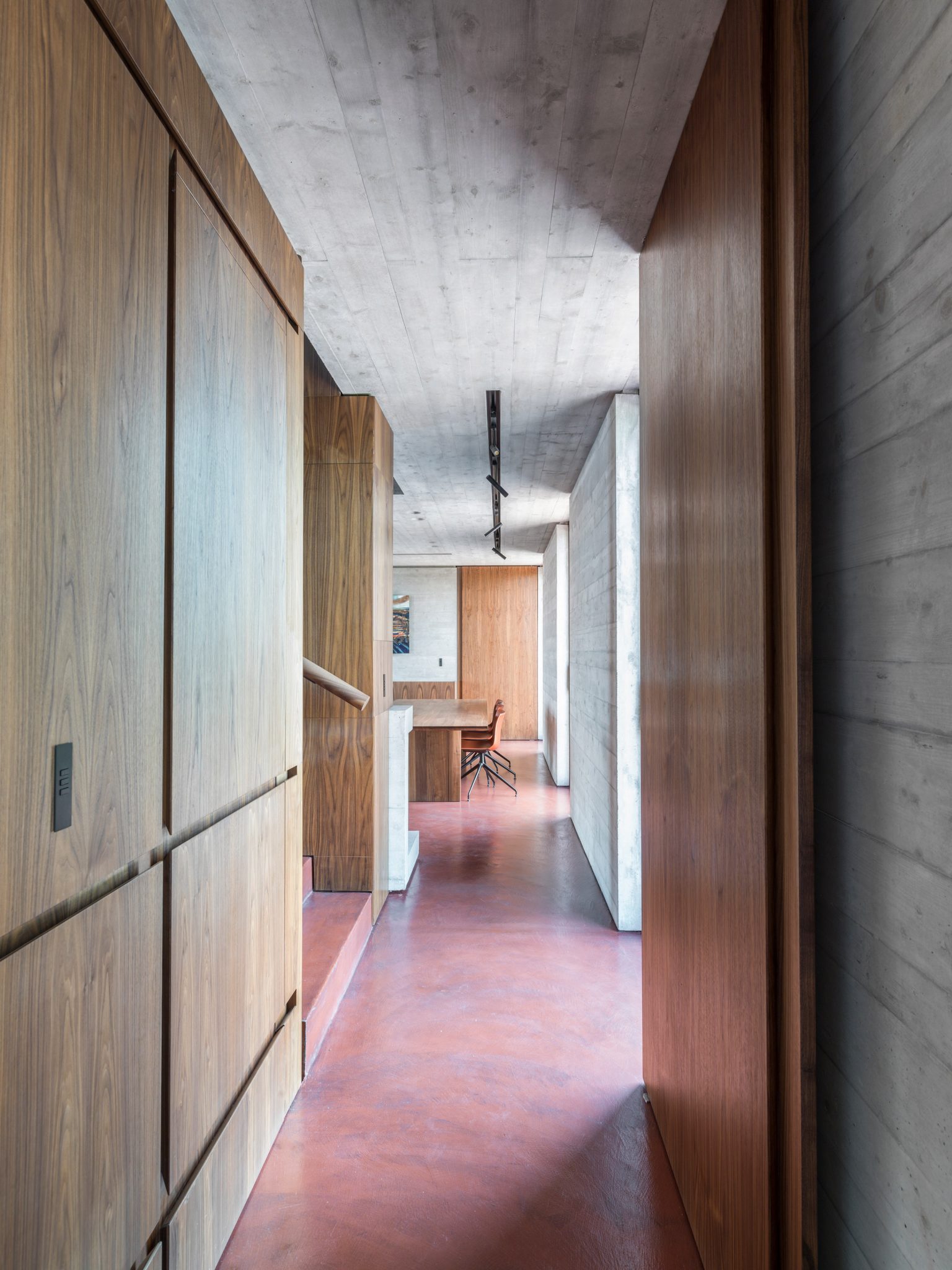 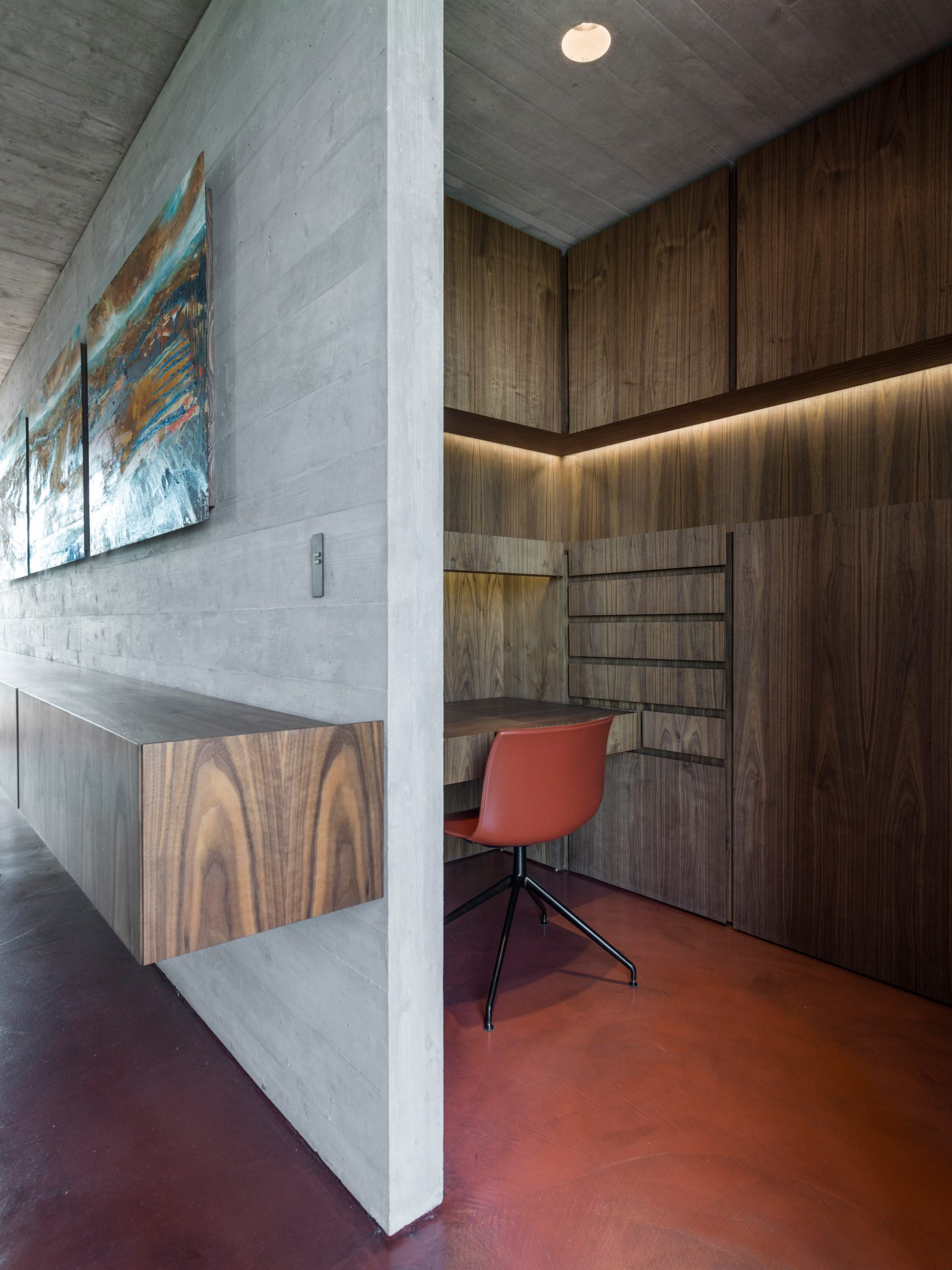 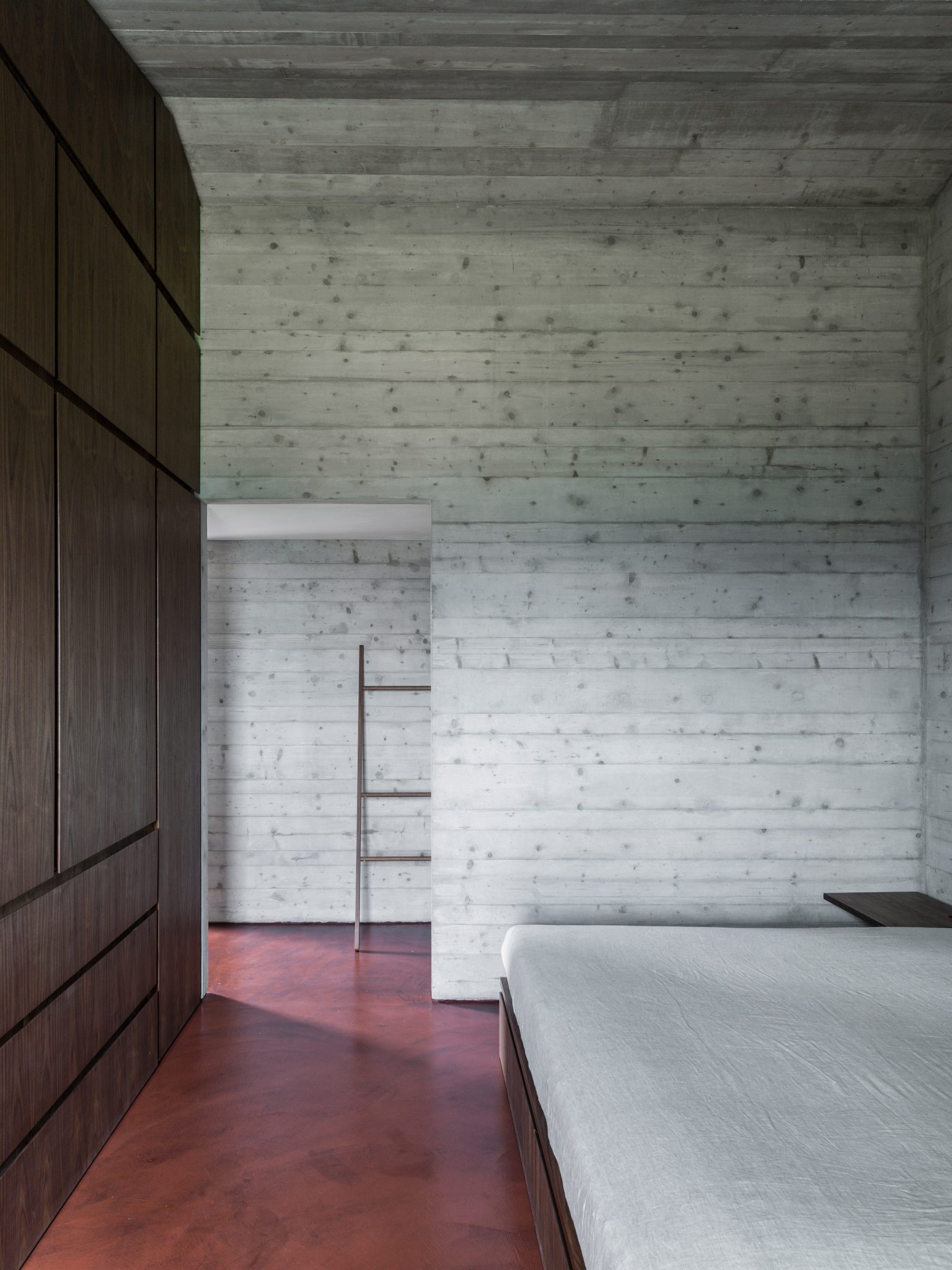 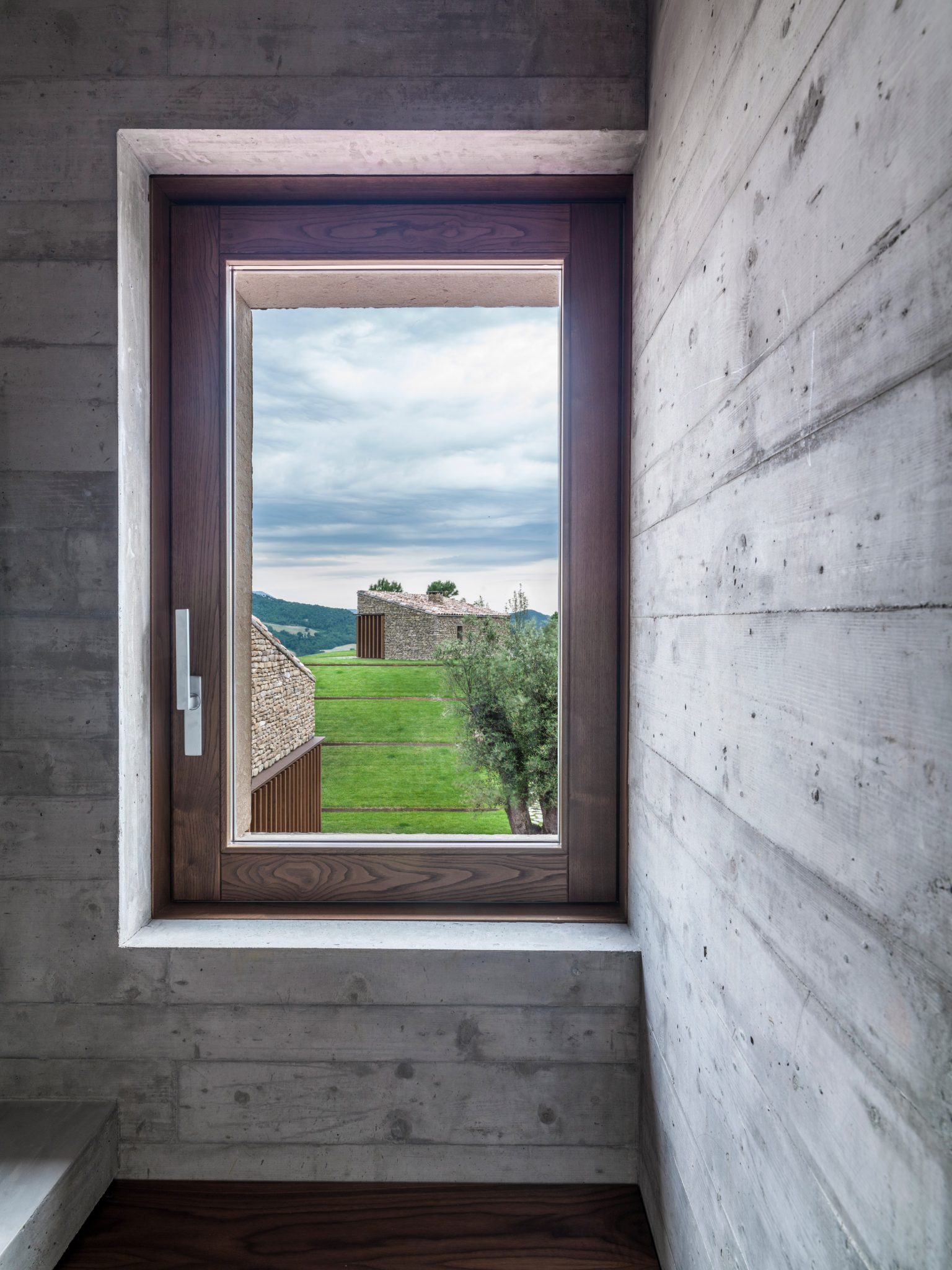 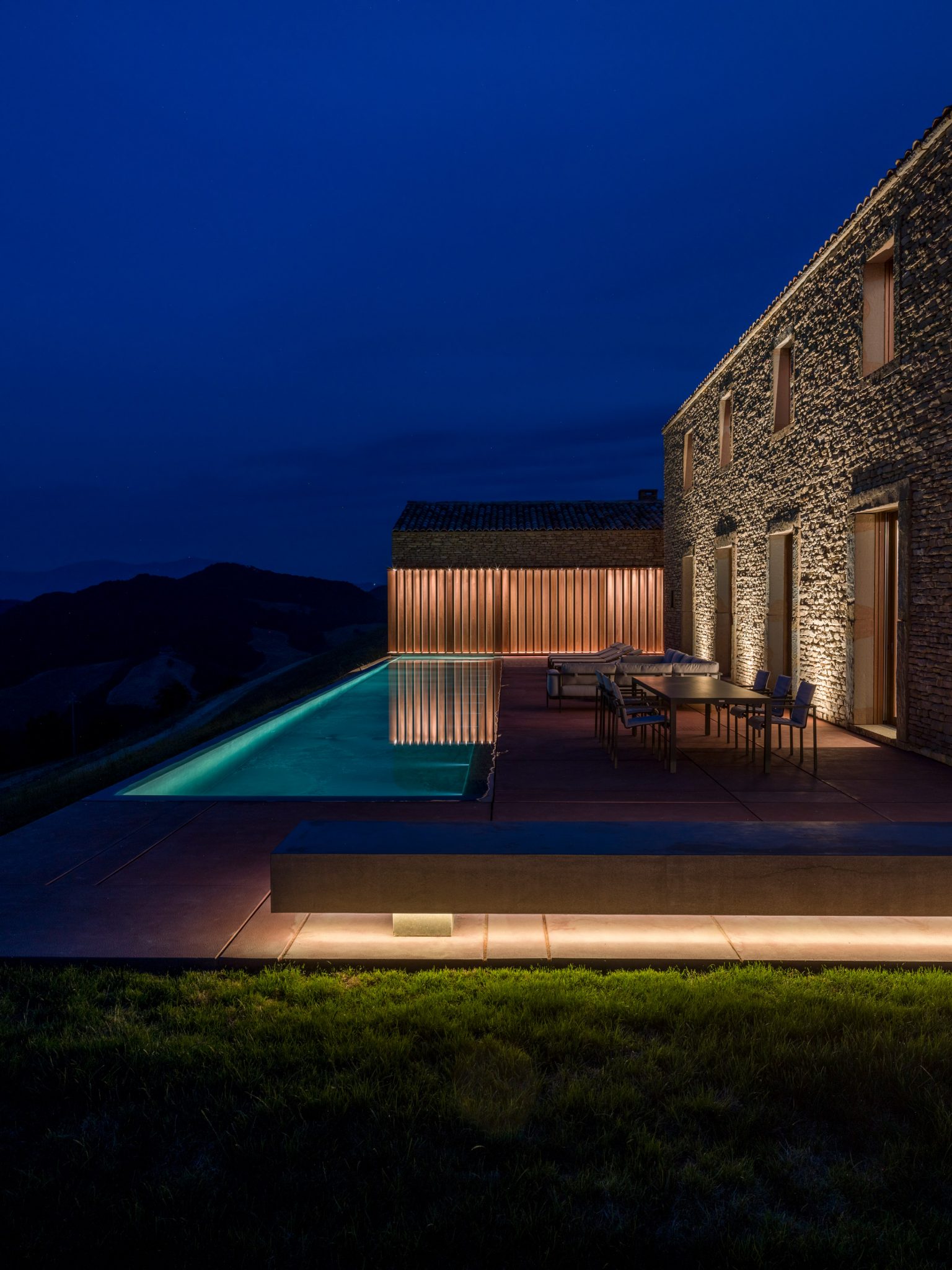 The open plan nature of the layout coupled with the large windows and sliding doors ensure the interiors are bathed in natural light and make for an immensely relaxing place to spend time. The AP House really is a stunning piece of architectural design and its testament to the talents of GGA Architects that it has such a minimal and understated impact on its medieval grounds.