Aviation watches are, invariably, the type for which we have most time here at Coolector HQ and there are certain brands that are synonymous with this style of timepiece. If you’re looking for something at the more affordable end of the spectrum but don’t want to compromise on quality, AVI-8 should be your go-to watchmaker and this is a fact that has been reinforced by their latest release, the stunning Flyboy Lafayette Edition Watch which you can sign up for and receive a special promo code and a free card holder during its launch next month. 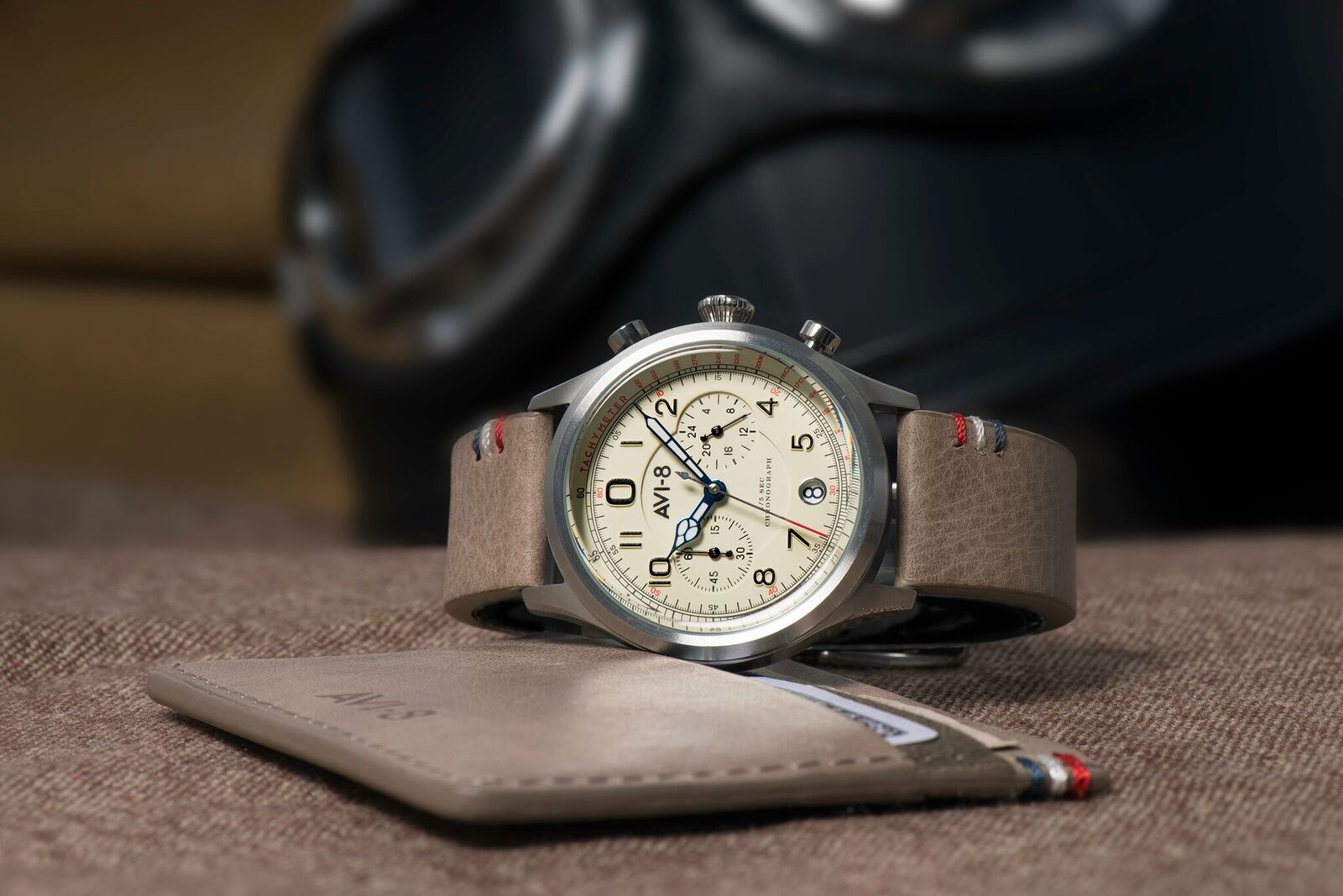 The AVI-8 Flyboy Lafayette Edition Watch takes its name and design inspiration from a lesser known flying squadron by the name of the Lafayette Escadrille, which consisted of 38 pilots who were known as “the founding fathers of American combat aviation”. This squadron flew for France beginning in 1916, before the United States entered World War I, and they were known as the very nucleus of the U.S. Army Air Service when it came into being in 1918.

Take to the Skies

Filled with design features that reflect the daring and brave squadron of Lafayette Escadrille, this particular Flyboy release from AVI-8 aims to reflect the mindset of these fearless pilots and boasts a young, brash, bold, reckless but heroic aesthetic that is sure to resonate with those with a love of aviation style timepieces. With a bold but not overbearing 43mm watch face, the Lafayette Flyboy Watch from AVI-8 makes it mark from an aesthetic point of view but isn’t one of those watches that demands too much attention and is the sort of understated aviation watch we love at The Coolector. 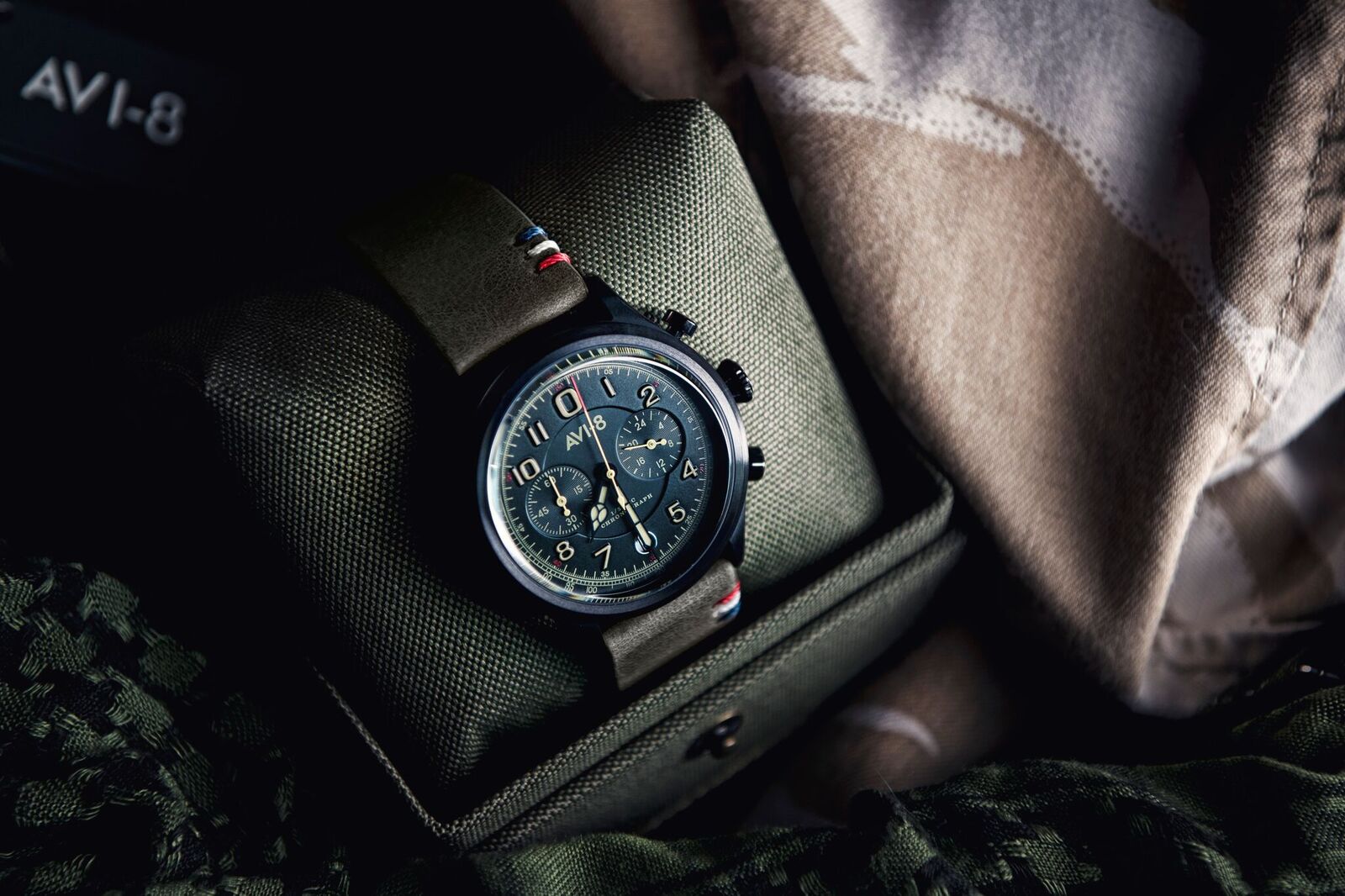 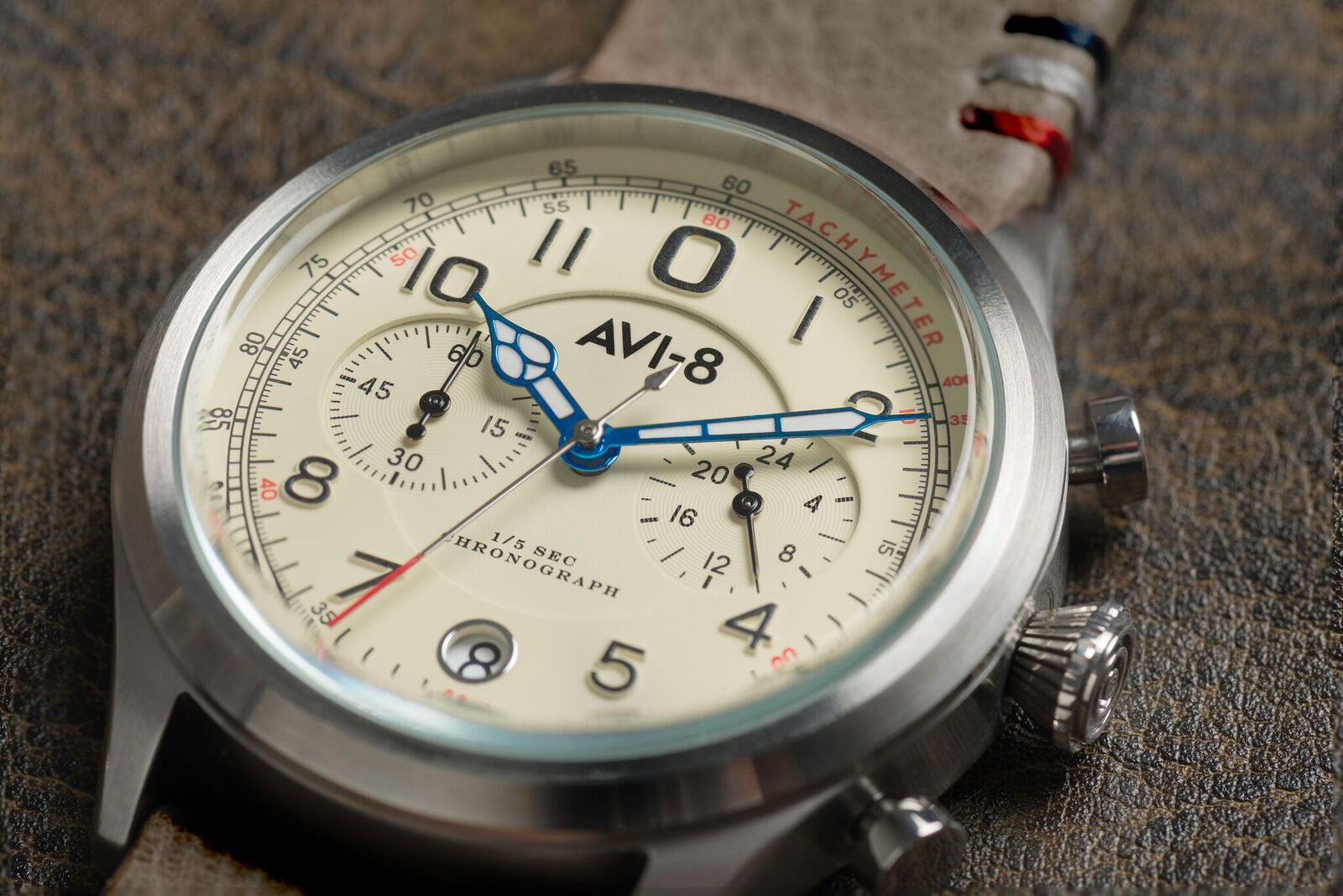 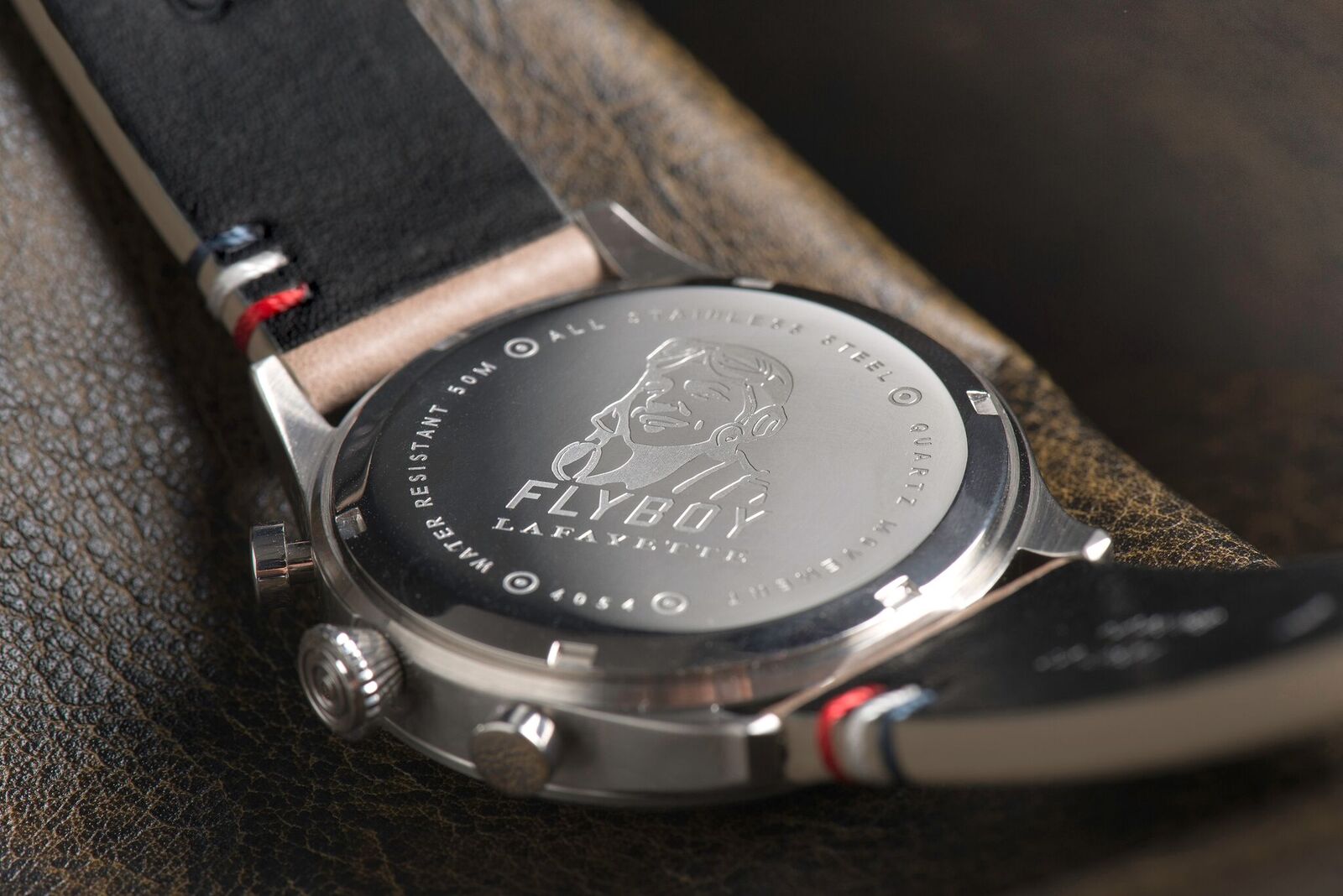 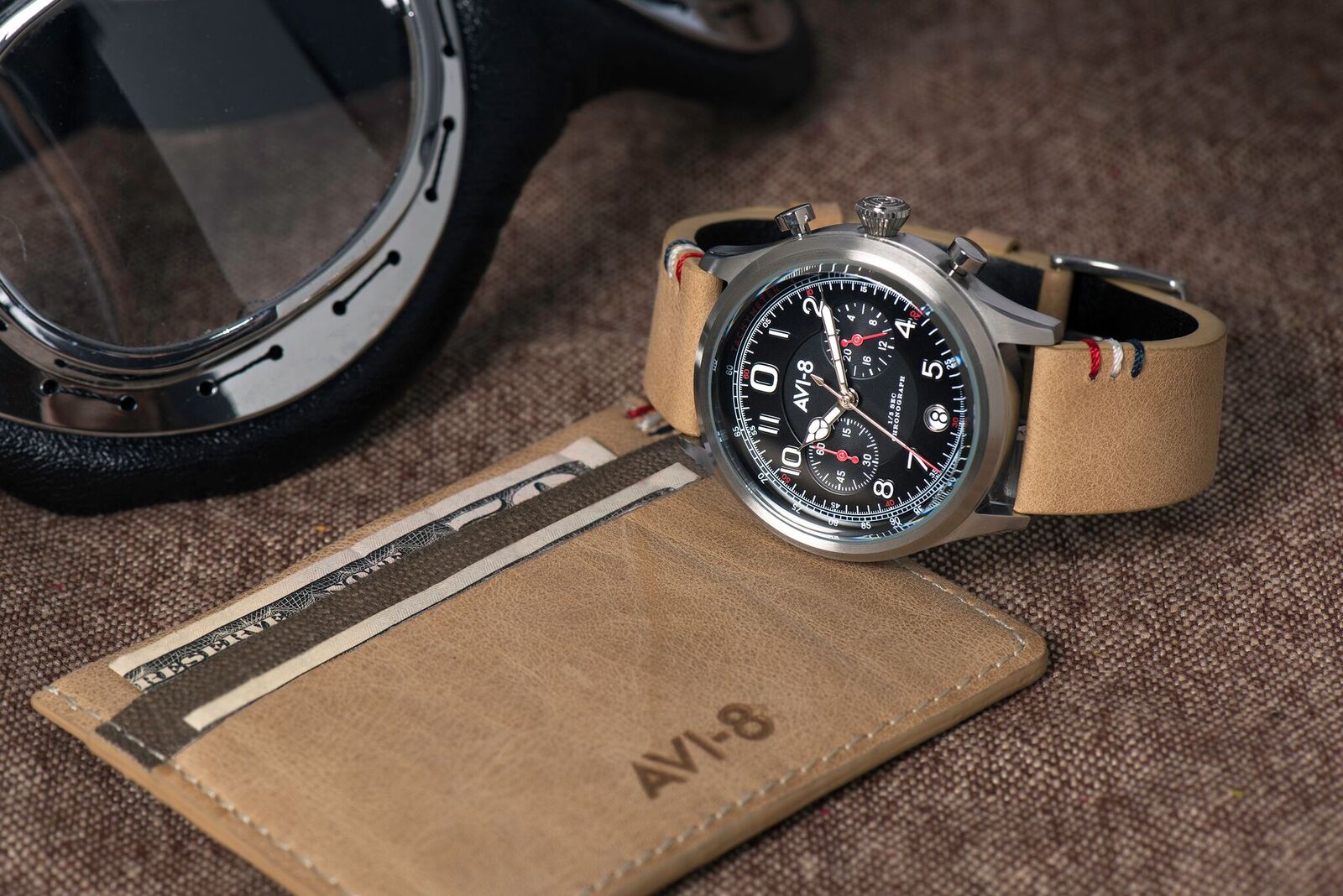 Aesthetically speaking, the AVI-8 Flyboy Lafayette Edition Watch echoes an early 20th century pilot watch which brilliantly combines traditional visuals with the modern day functionality and precision that AVI-8 have become synonymous with. A robust, uncompromising, 316 L stainless steel case is affixed with a beveled hardened mineral lens which does a superb job of subtly magnifying the watch face. 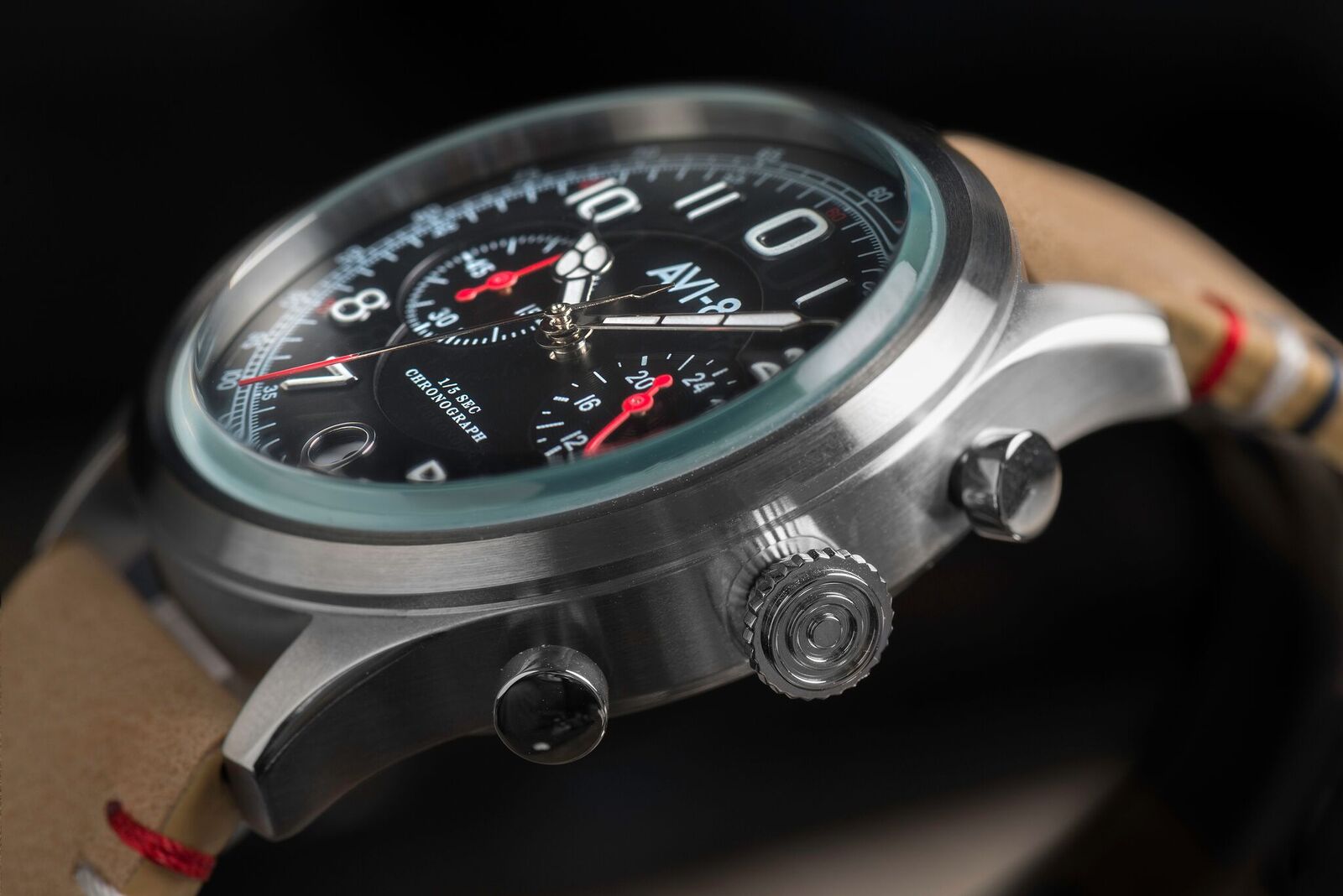 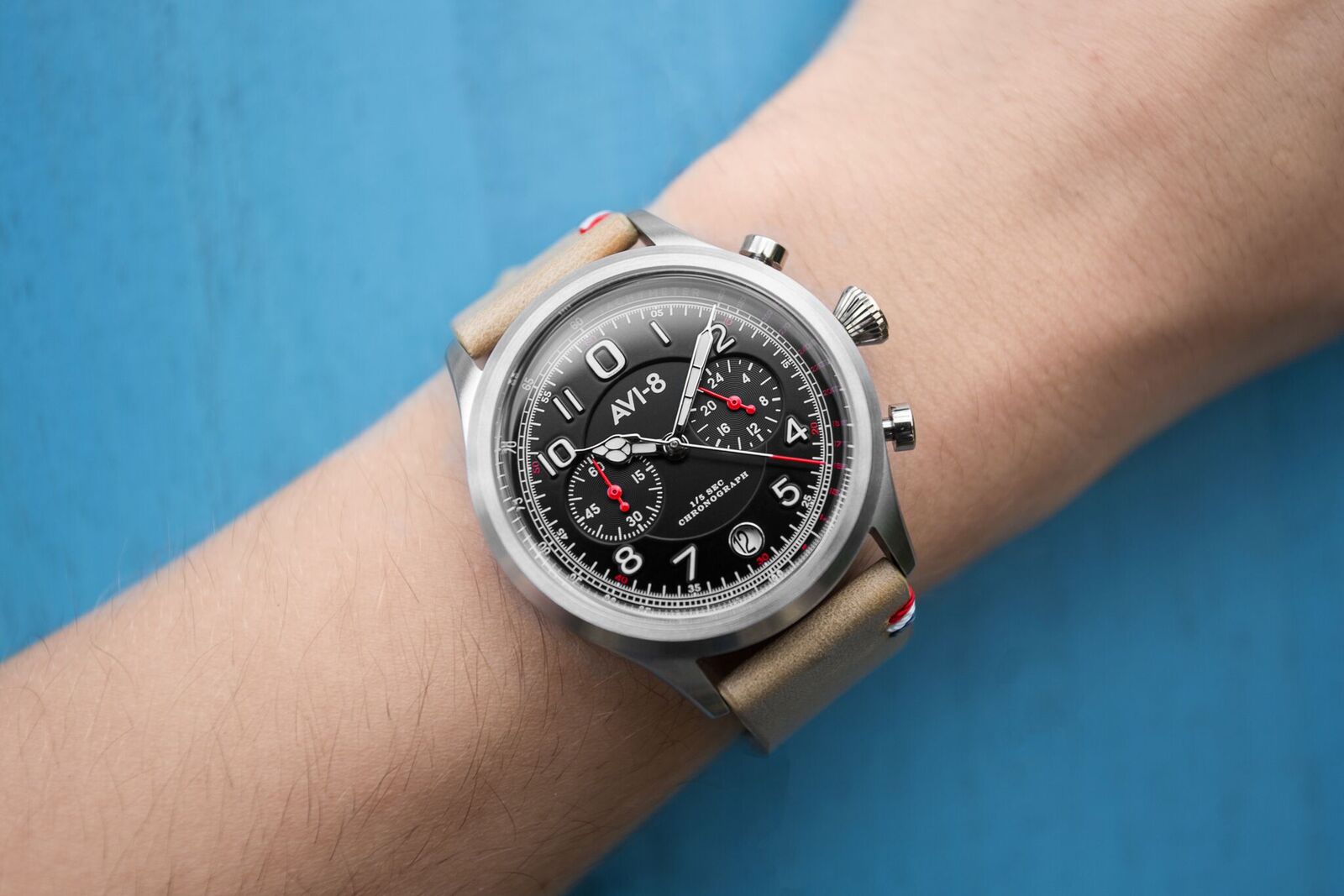 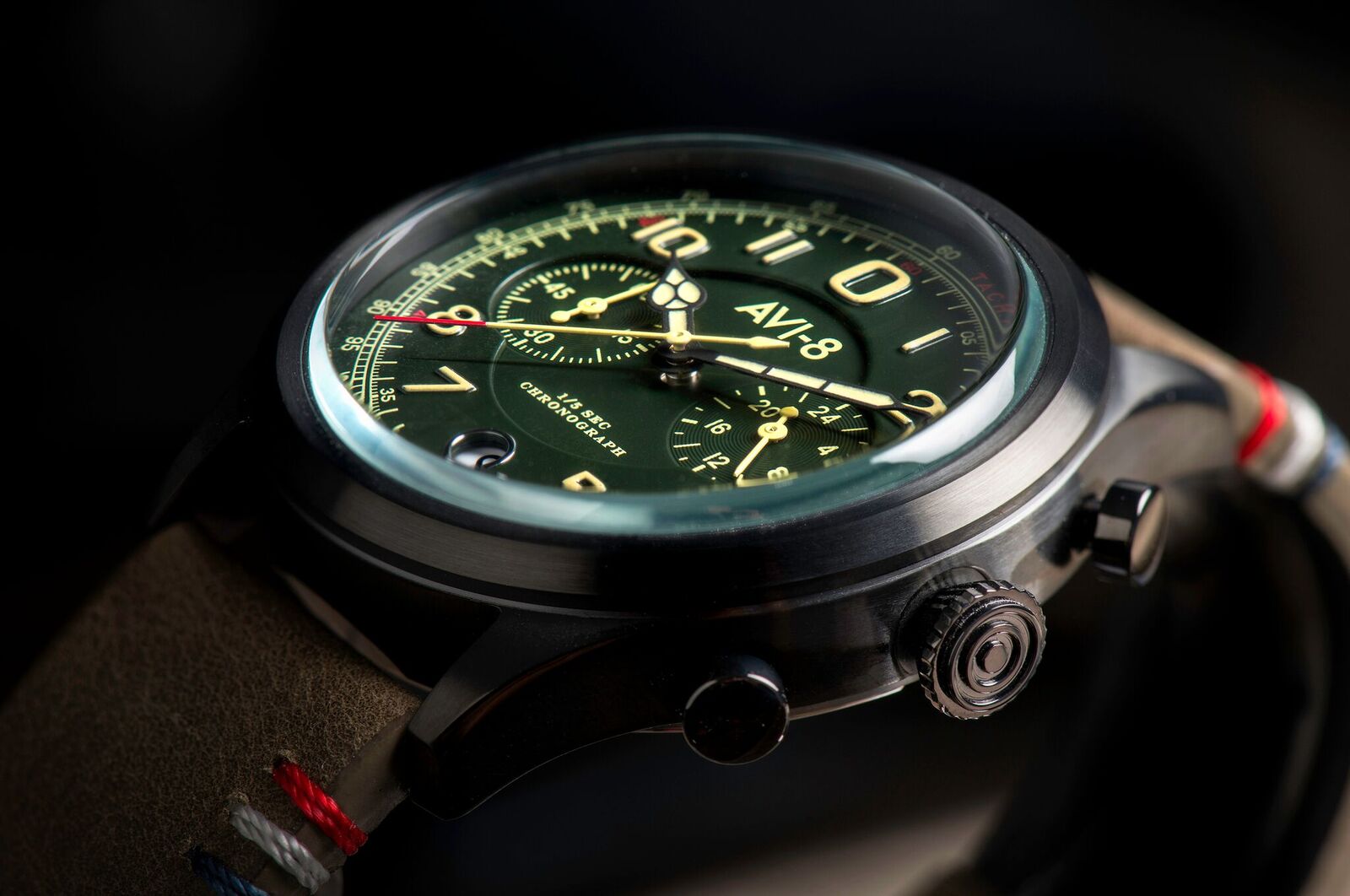 Impressive features abound with the Flyboy Lafayette Watch from AVI-8 and these include a Japanese made Seiko precision sweep hand “meca-quartz” VK 64 chronograph with date movement that it is able to deliver accurate split timing measurements and a really gratifying hand crafted, tangible feel of quality of a mechanical movement combined with the reliability and day to day performance of a quartz timepiece.

As with all the aviation timepieces from AVI-8, there is a real attention to detail that makes them stand out from the crowd and make them the sort of watch that you’ll be desperate to get on your wrist. This limited edition Lafayette Flyboy is one of the best we’ve seen to date from AVI-8 and cracking characteristics like a genuine leather underlining is handstitched with the famous colour of the French tricolore to pay another understated tribute to the iconic Lafayette squadron and the brave band of pilots from France and America who would comprise this epochal collection of airmen. 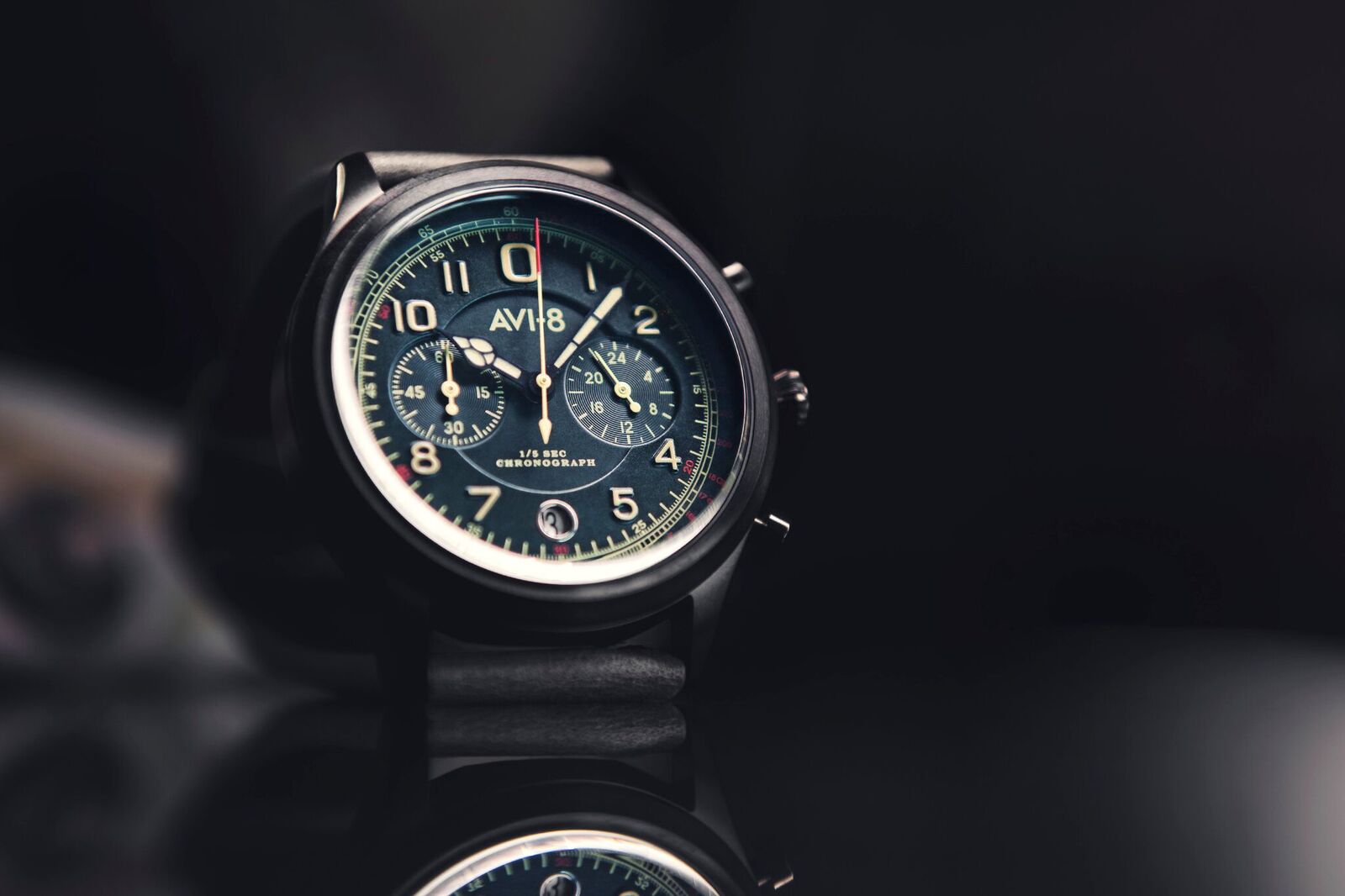 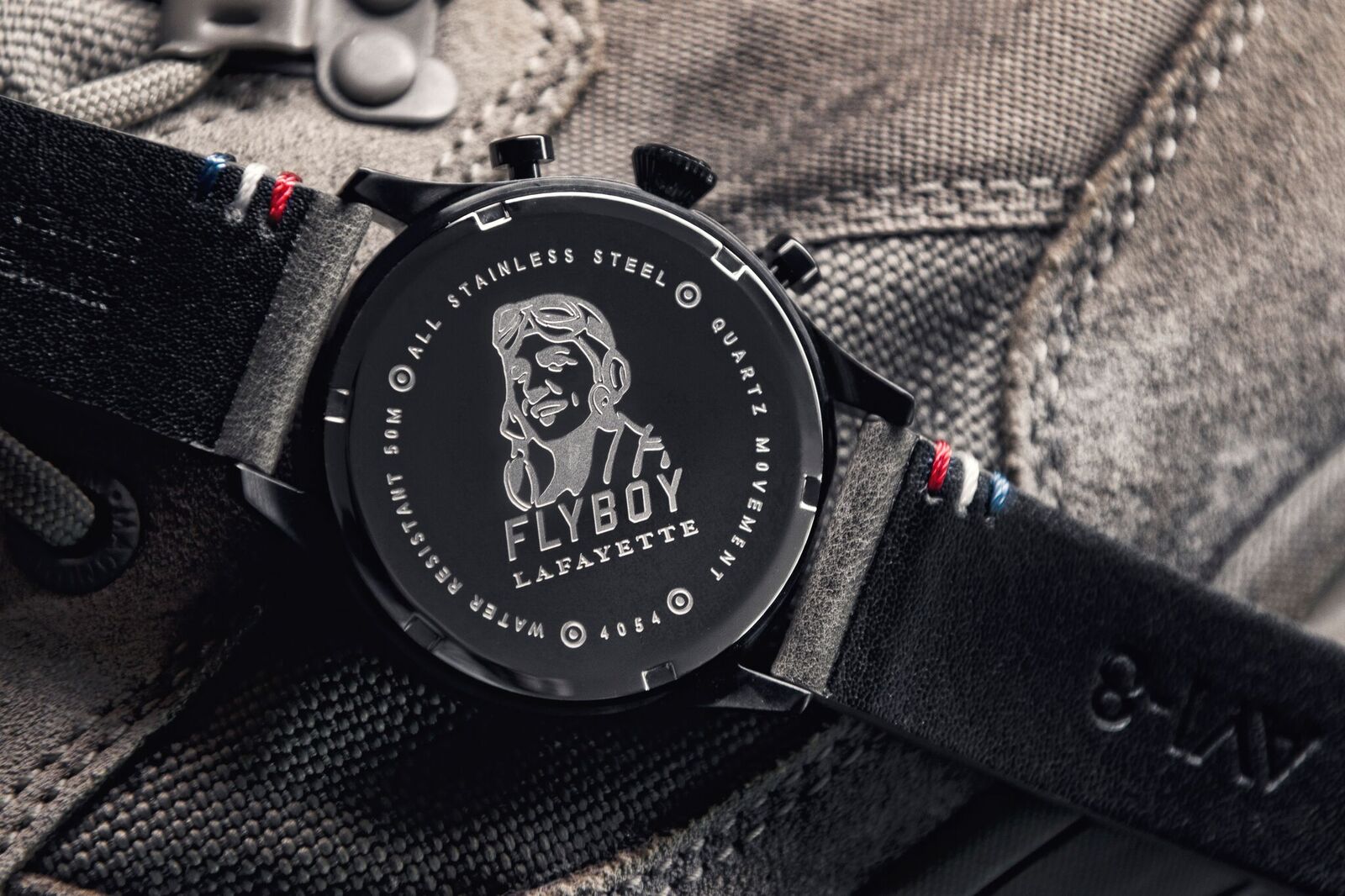 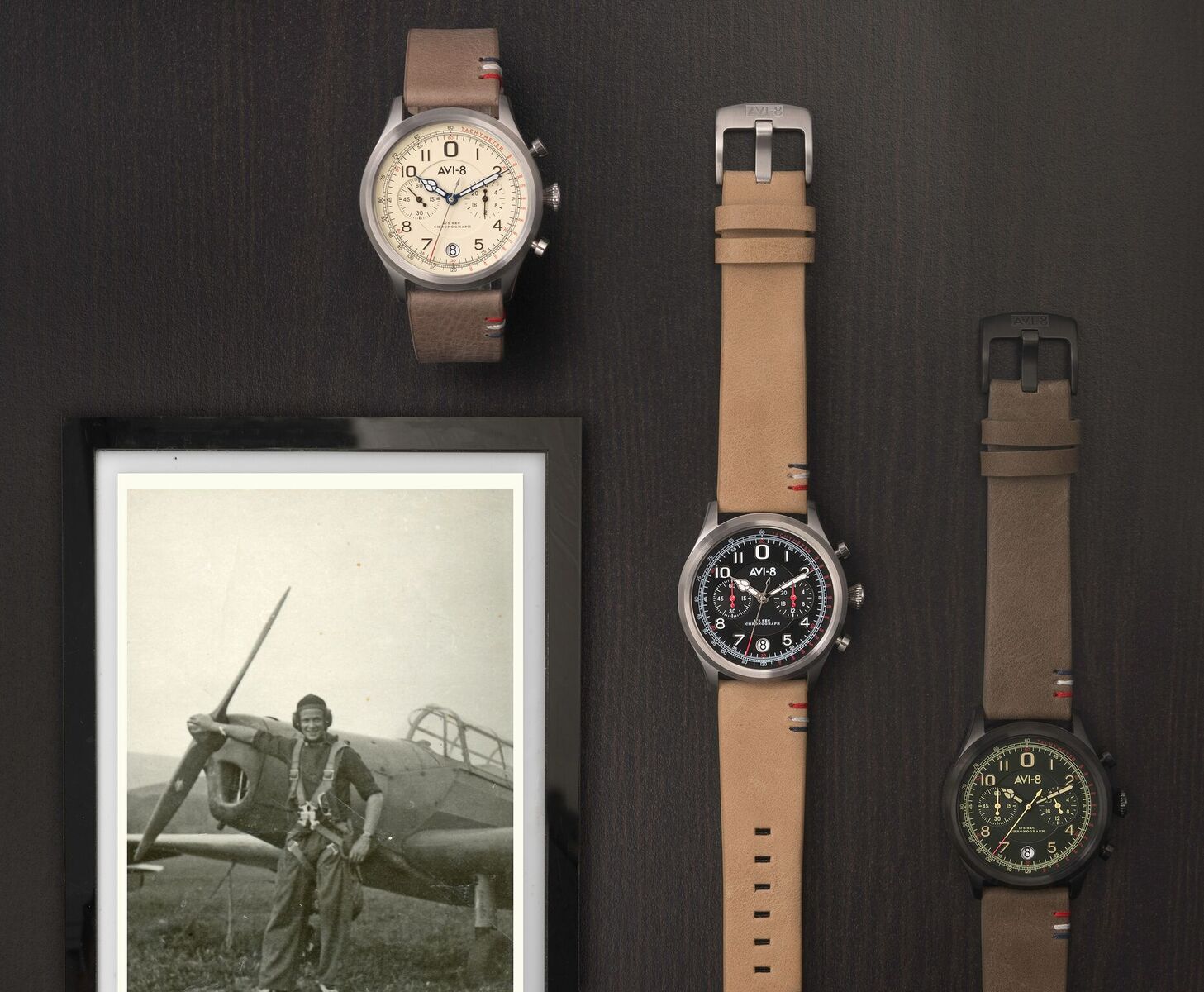 Aviation watches are our thing here at The Coolector and when they’re as well made, stylish and robust as the Lafayette Flyboy Watches from AVI-8, we’re immediately won over. A pilot inspired timepiece which borrows heavily from a heroic band of brothers with an entirely contemporary performance and build, you’ll not find many better aviation watches than this out there right now.

Written By
Leo Davie
More from Leo Davie
We seem to be encountering wallets, and EDC in general if we’re...
Read More