When it comes to eye-catching motorcycles, there are few workshops out there doing a better job than the guys at Bandit 9 and as if to prove this point they’ve just released one of their finest looking contraptions to date with the, frankly extraordinary, Bandit 9 Merlin Motorbike which offers magical aesthetics and performance. This spectacular looking machine has been commissioned by the head of Industrial Design at Royal Enfield and was created to showcase the potential of the Bullet.

Taking design inspiration from luxury timepieces, the Bandit 9 Merlin Motorbike boasts grand complications packaged into a simple, legible form and it is undoubtedly one of the most striking vehicles you’ll see out on the road. This limited edition motorcycle (with only 9 being made available) has a price tag of $19800 and is billed as a masterpiece you could pass down from one generation to the next.

It’s not often you see motorbikes inspired by the world of horology but that’s exactly what we’ve got on our hands with the Merlin Motorcycle from Bandit 9. It brings horological concepts into the motorcycle with a saddle that is inspired by balance springs seen in the exhibition backs of watches. The radially brushed metallic dial with its bronze bezel and Roman numerals have been inspired by exquisitely designed timepieces. 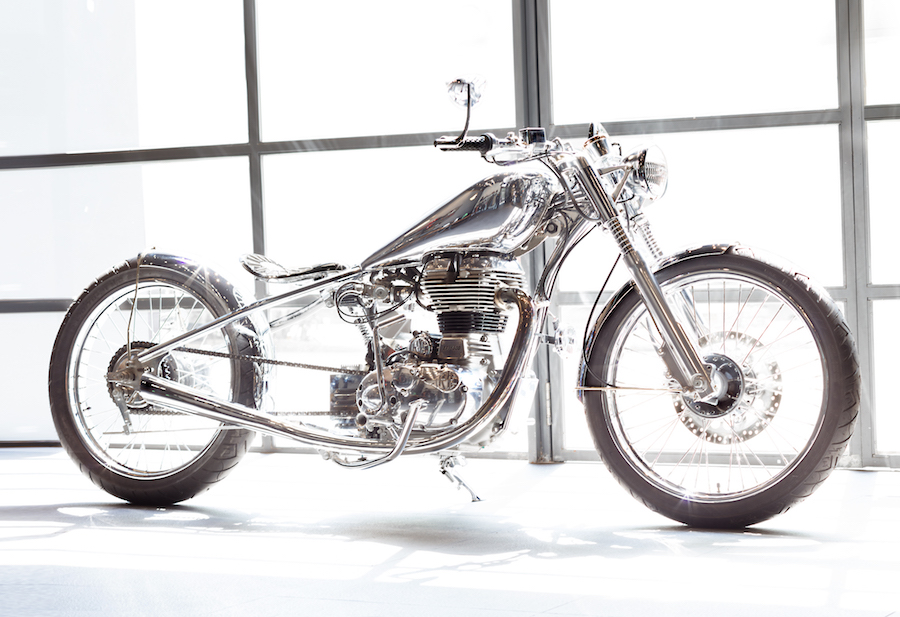 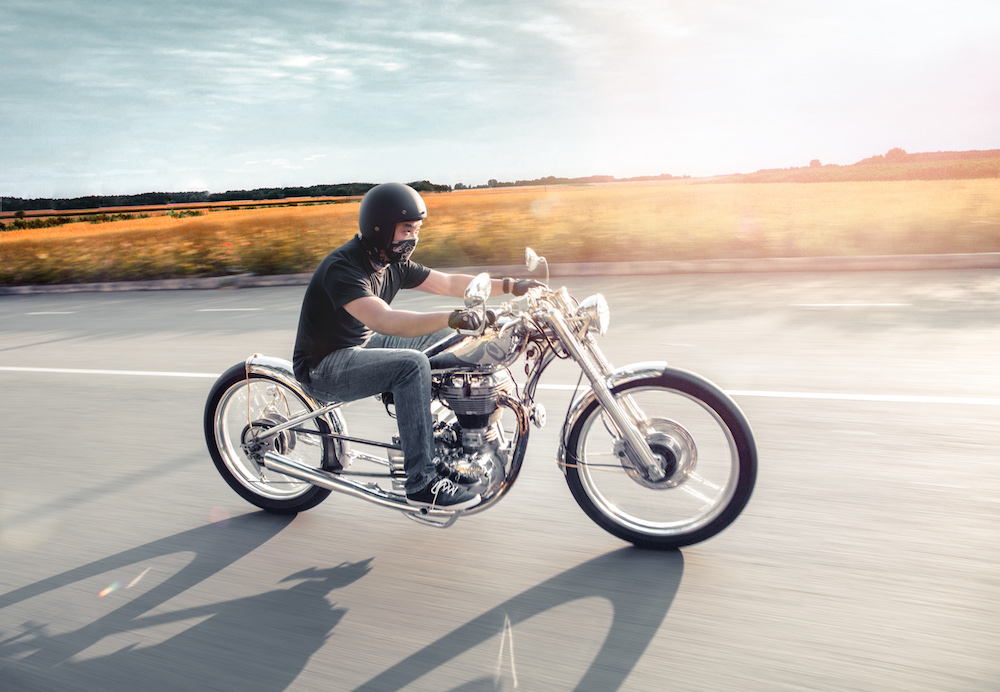 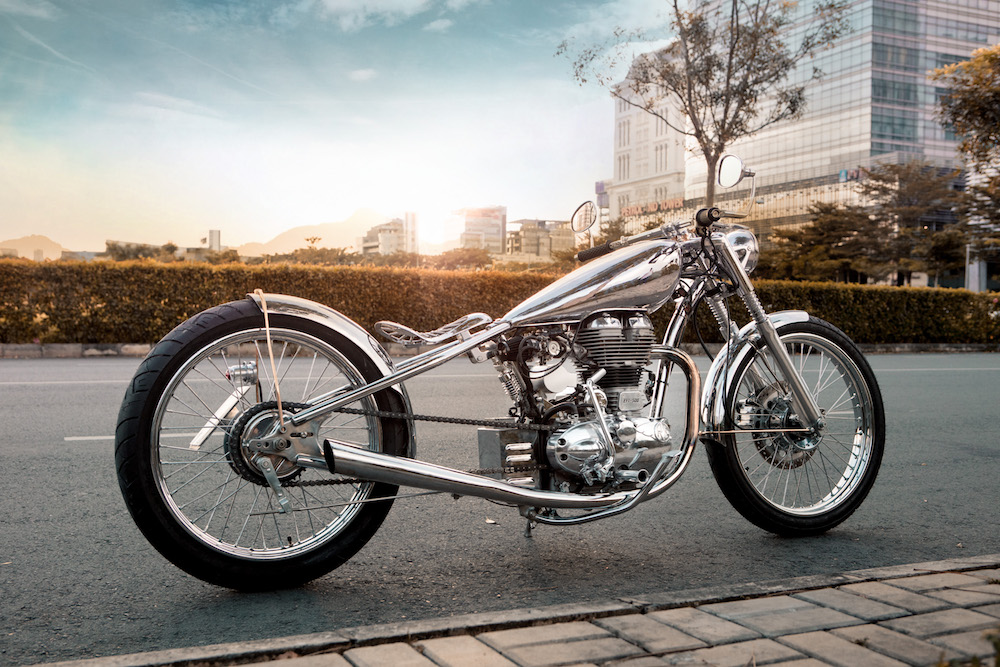 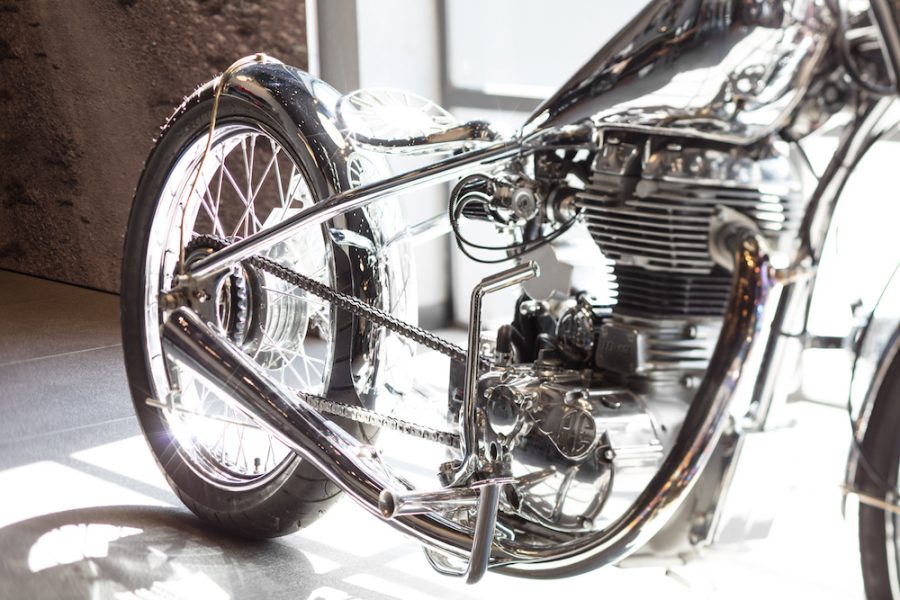 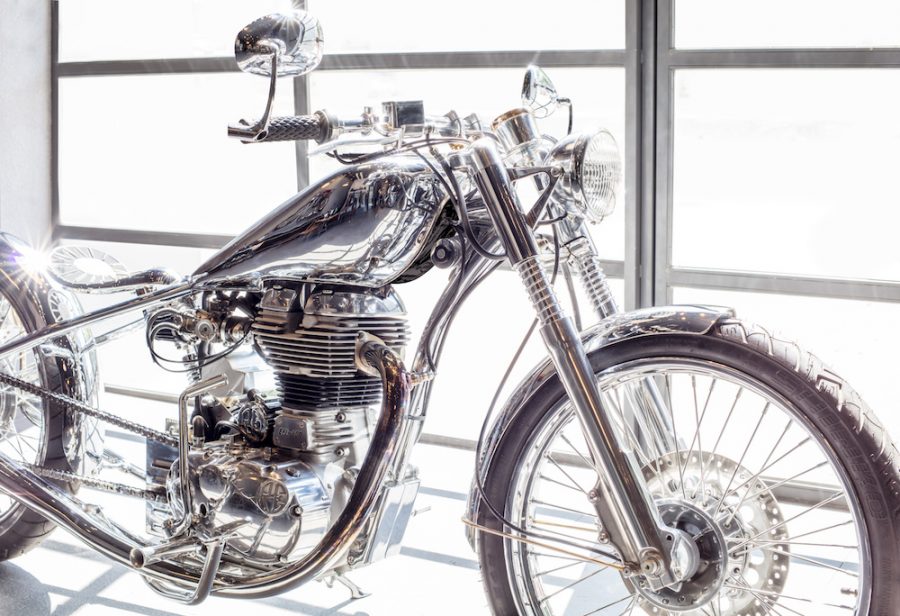 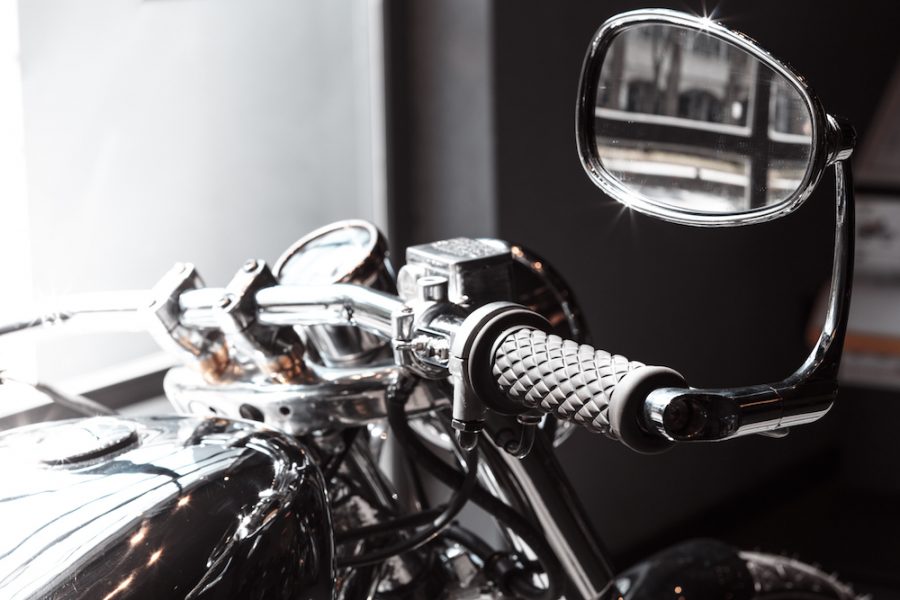 The intricate mechanics and details of the Merlin Motorbike from Bandit 9 are hidden behind a simple, recognisable form and everything has been crafted by hand. It’s a futuristic classic that has really caught our eye here at The Coolector and the speedometer of this steed will really strike a chord with watch lovers out there. Wonderfully well made and aesthetically superior in almost every department imaginable, you’ll need to move quickly to get your hands on one of these Bandit 9 machines because they won’t hang around for long. 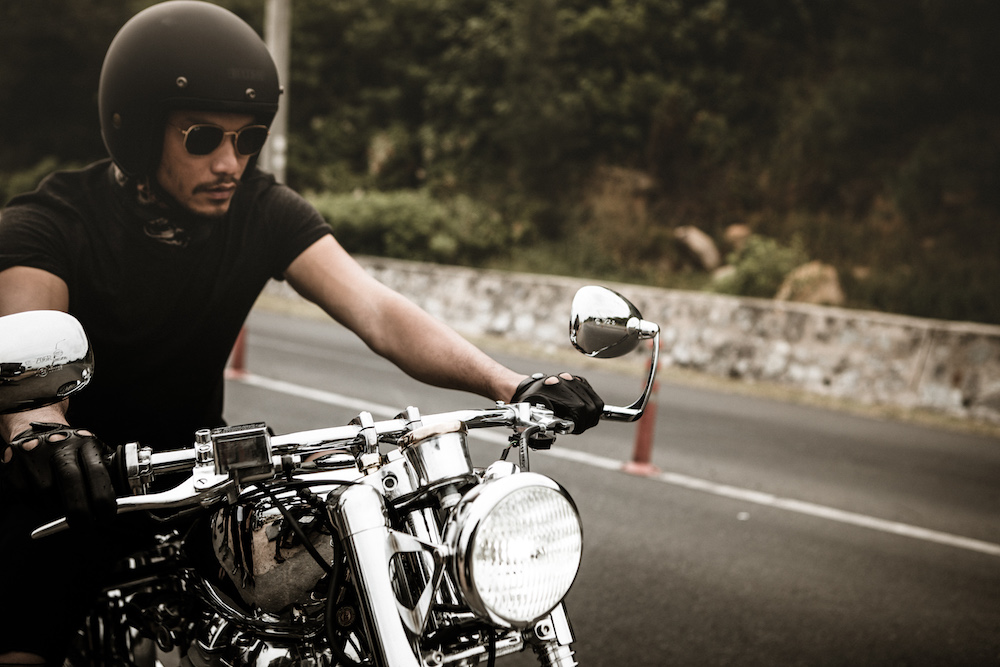 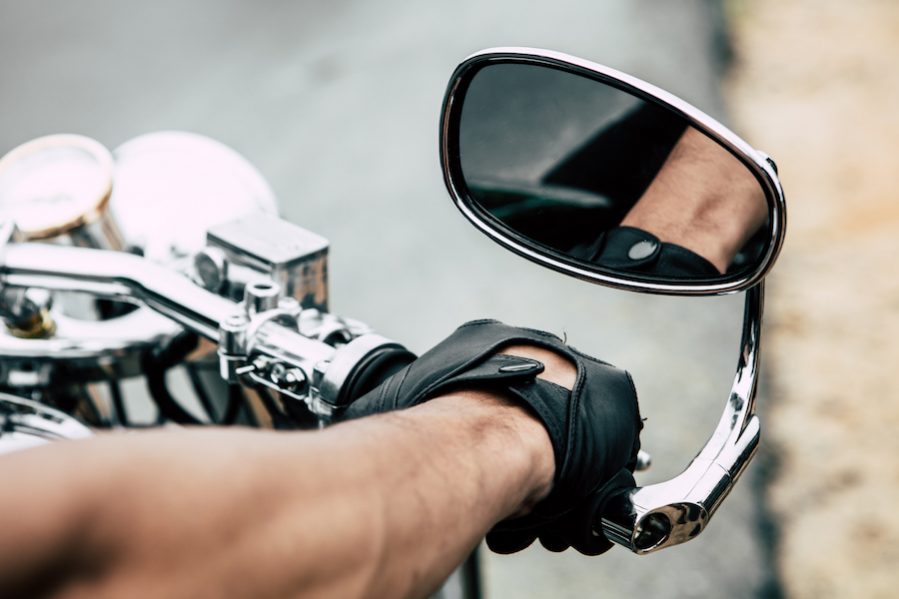 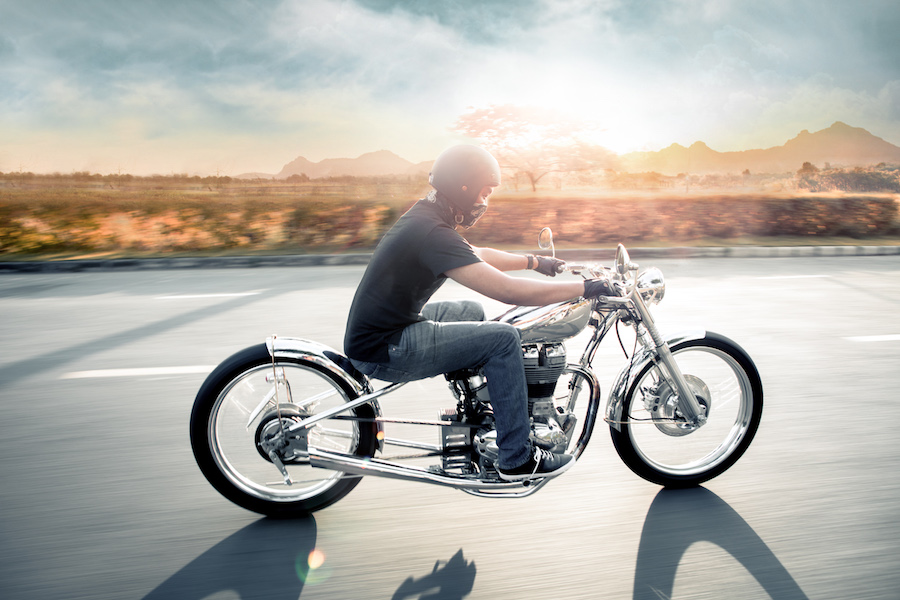 Positively chock full of stunning detail and excellent features, it’s not hard to see why this Merlin Motorbike from Bandit 9 has rapidly become one of the most sought after from the workshop to date. Just some of the more impressive features of this ride include a custom hardtail frame, a steel tank with mirrored finish, the stunning horological speedometer, custom handlebars and steel brakes and clutch levers.

The Bandit 9 might be best known for producing motorbikes that look incredible but they also ensure that all their creations are no slouches in the performance department and the Merlin Motorcycle is certainly no exception. It has an electric ignition with a max power of 27.2 BHP @ 5200 RPM and a max torque of 41.3 NM @ 4000 RPM. It weighs in at 187kg and has a thoroughly impressive top speed of some 140KMH. 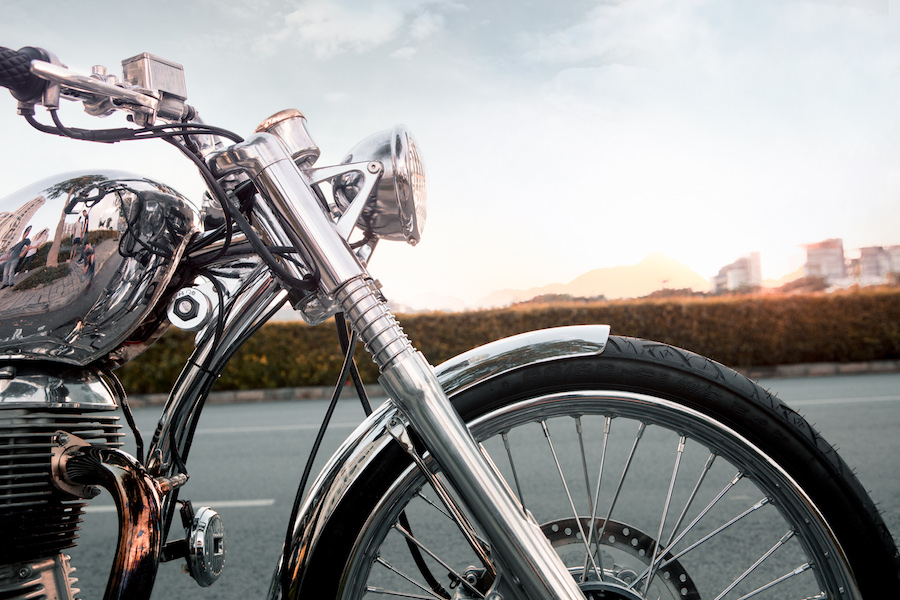 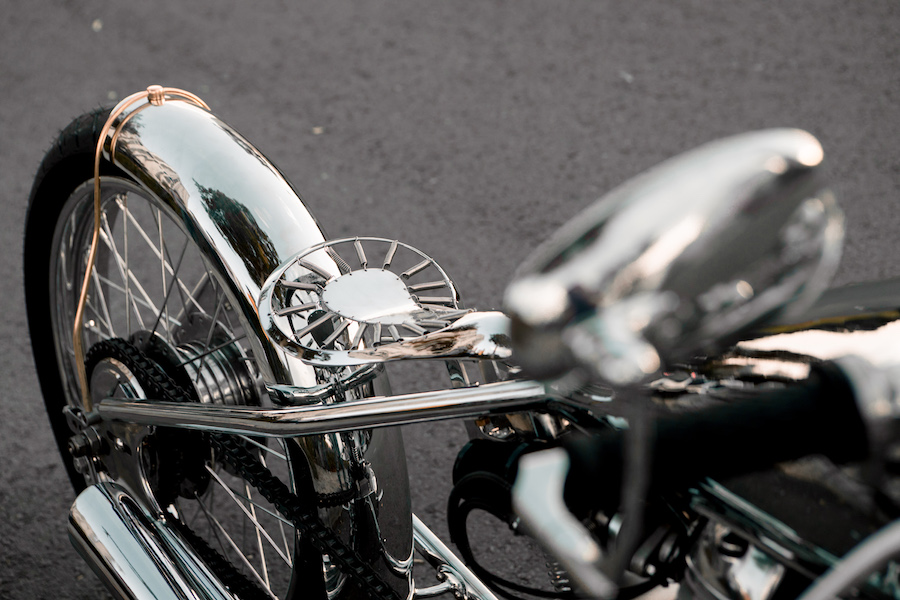 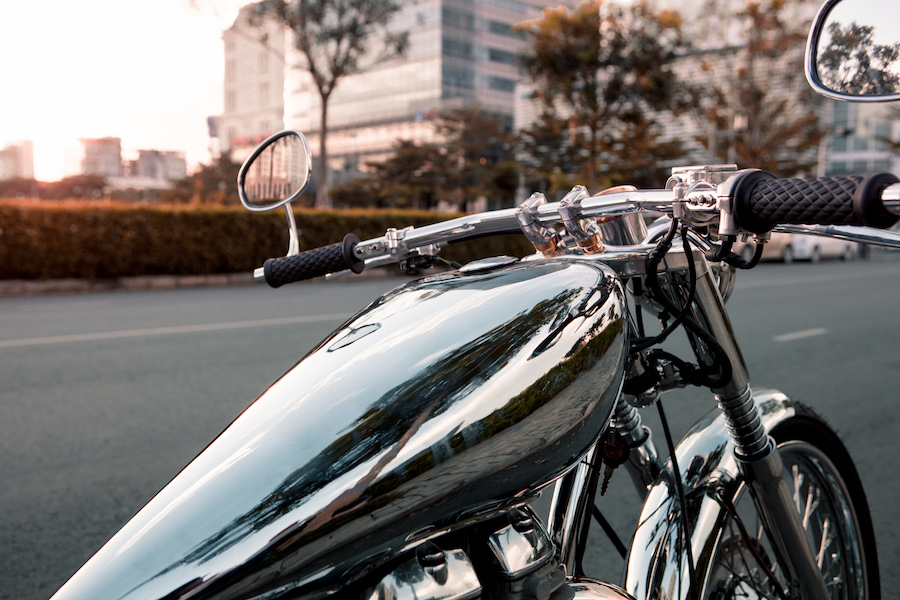 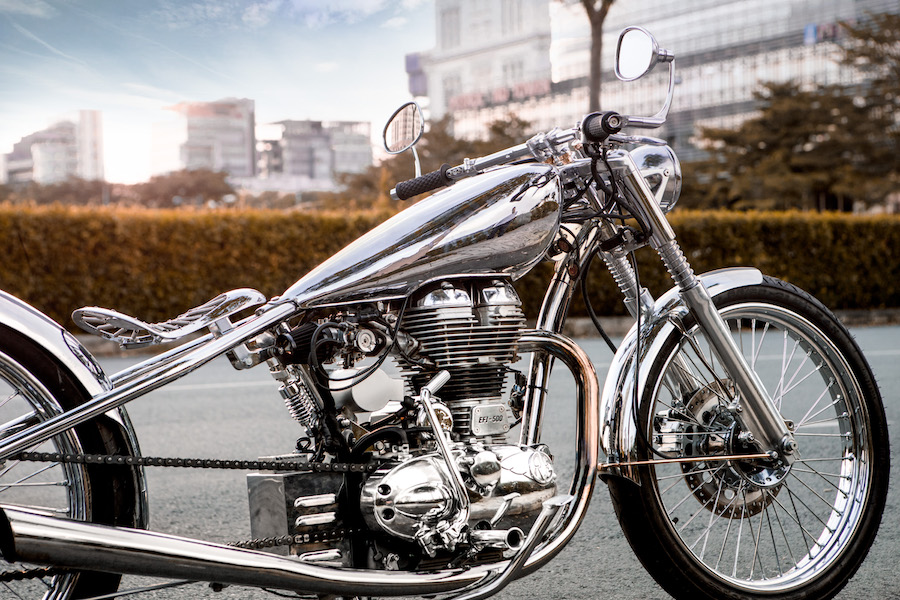 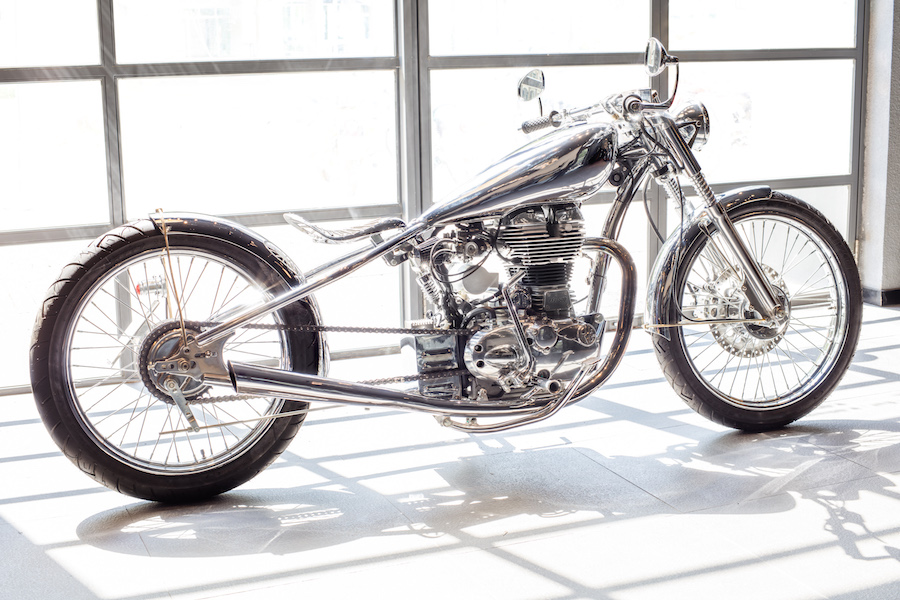 Whilst the price tag of just shy of $20k isn’t cheap you always get what you pay for so far as quality is concerned and the Merlin Motorcycle from Bandit 9 is one of the best we’ve seen in a while here at Coolector HQ. Visually beyond compare and boasting the sort of compelling performance that sets it apart from the competition, with just 9 available, you can rest assured you won’t have long to get your hands on one of these cracking contraptions.