Bell & Ross are a watchmaker who we have a lot of time for here at Coolector HQ so whenever the release evidence of a new timepiece, we inevitably sit up and take notice. Well, imagine our delight then when we ambled across this rather miraculous looking Bell & Ross B-Rocket Watch which after a meagre 29 seconds of footage has left us in dire need of it.

The eye-catching watch is certainly no shrinking violet and measures a not insignificant 46mm so if you’re after an understated timepiece then this isn’t the one for you most likely but if you’re wanting one that is positively exuding awesomeness then it’ll be right up your street. The timepiece has been released to coincide with the futuristic looking motorbike that Bell & Ross showcased a few months back and it is just impressive as that rather stunning piece of machinery.

The padded leather straps give it a distinct motorbike aesthetic which is highly unusual for the world of horology and helps it to stand out from the crowd and the Bell & Ross B-Rocket Watch also boasts plenty of other impressive features such as a large date window, power reserve indicator and the fact that it has been crafted in conjunction with Shaw Harley Davidson. It is to be available in two different iterations that will cater for varying tastes and you can check out of few shots of this mightily impressive looking timepiece below: 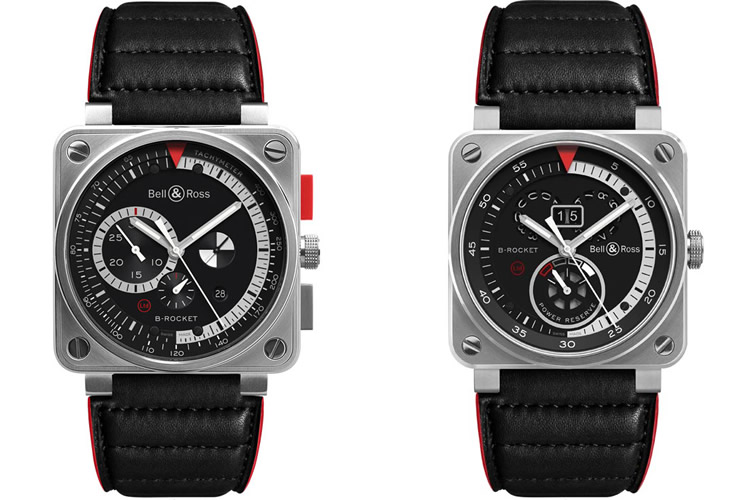 If you’re of a motorbiking persuasion and want a timepiece that reflects your love of two-wheeled steeds then you’ll find few better than this stunning looking timepiece from Bell & Ross.

Written By
Leo Davie
More from Leo Davie
Beer is pretty much our fuel here at The Coolector HQ and...
Read More