The world of watches is one that we’re always trying to keep our finger on the pulse of here at Coolector HQ and it’s heartening to see an increasing number of American watchmakers making their mark in the world of horology. The latest one to have caught our eye is that of Bernhart Watches and their first class line up of timepieces that will have something for everyone and every budget. 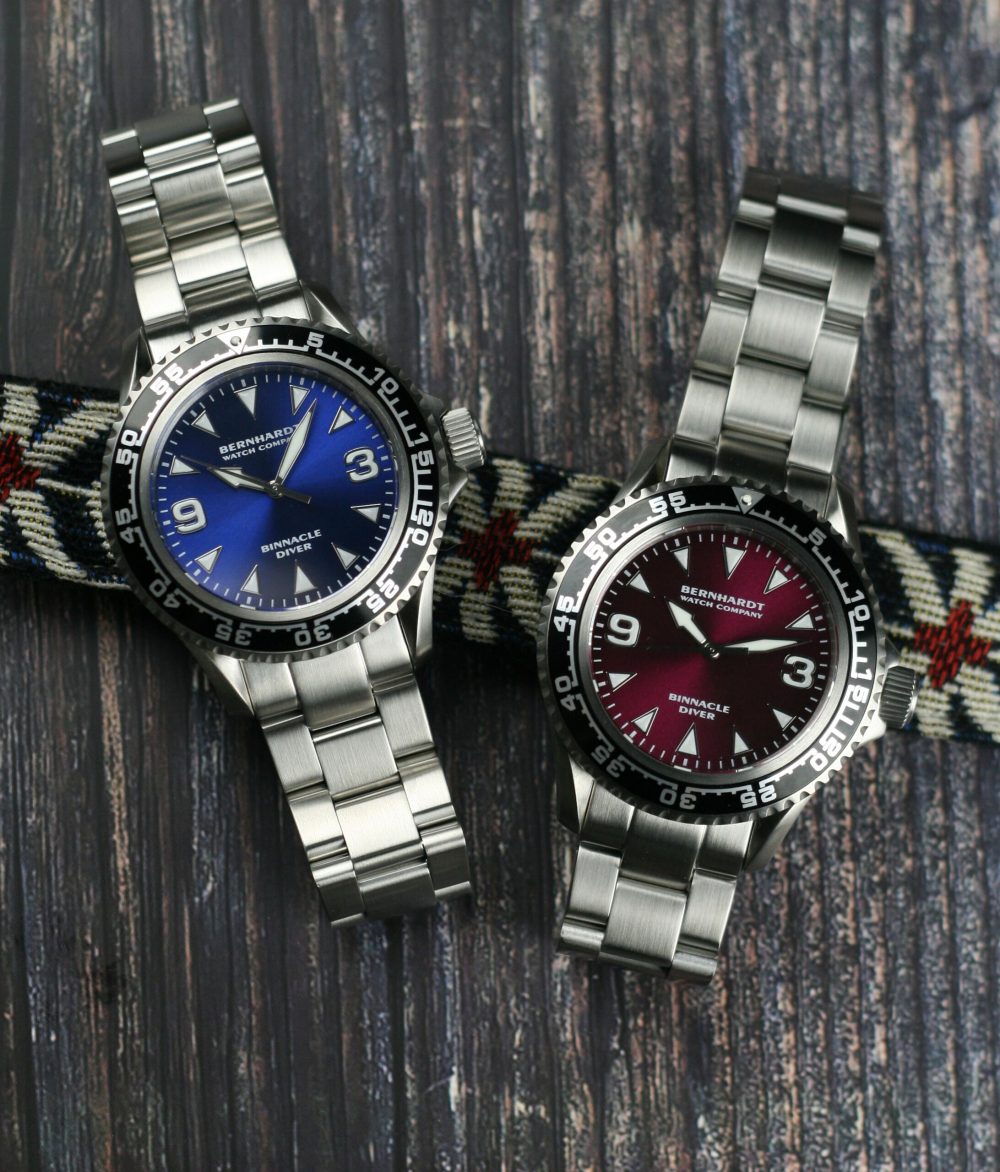 A real family business, Bernhardt Watches are the brainchild of North Carolina resident, Fred Bernhardt Amos, who has always found inspiration in his family’s long lineage of manufacturing in the region. The highest point on the Charlotte-to-Goldsboro railway where it intersected the Great Western Plank Road, High Point became a natural center for manufacturing since the 1850s. Their timepieces are effortlessly cool and have the sort of understated, vintage aesthetic that we’re such big fans of here at Coolector HQ and for any man after a new watch in time for 2020, there are plenty to pick from on the digital shelves of the Bernhardt Watch Company.

Check out our pick of some of their best watches below: 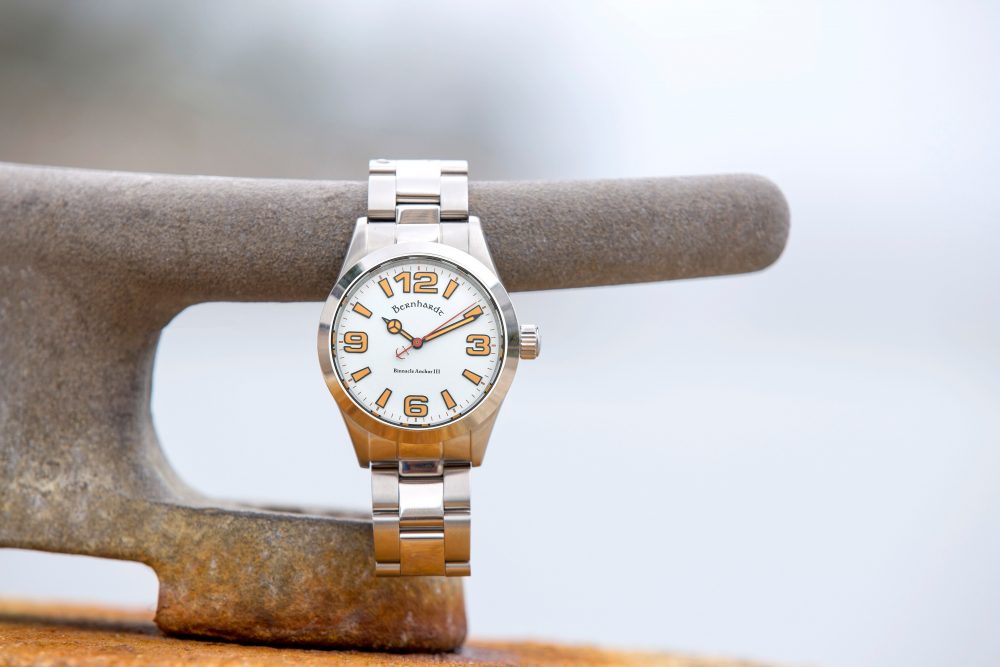 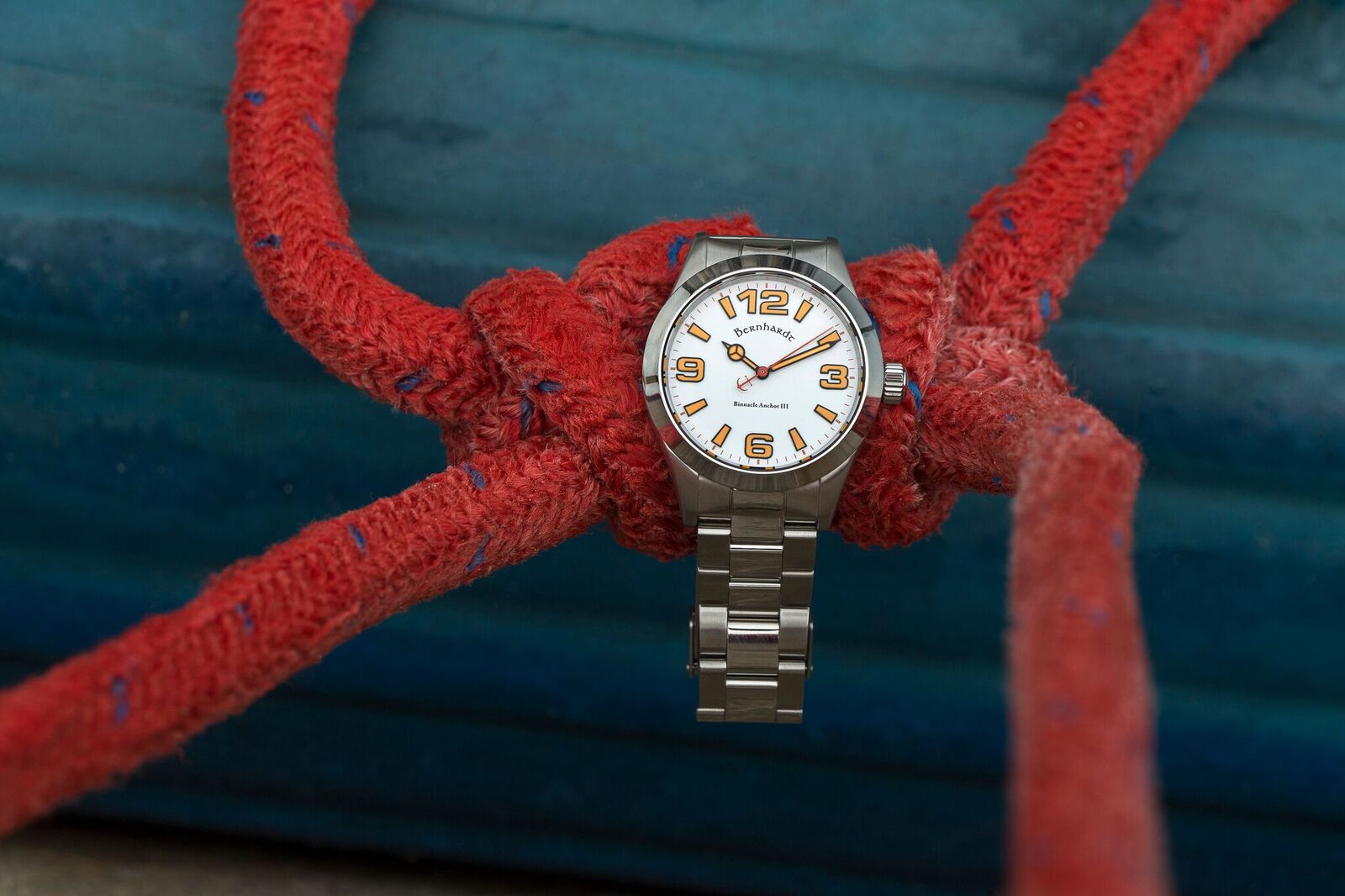 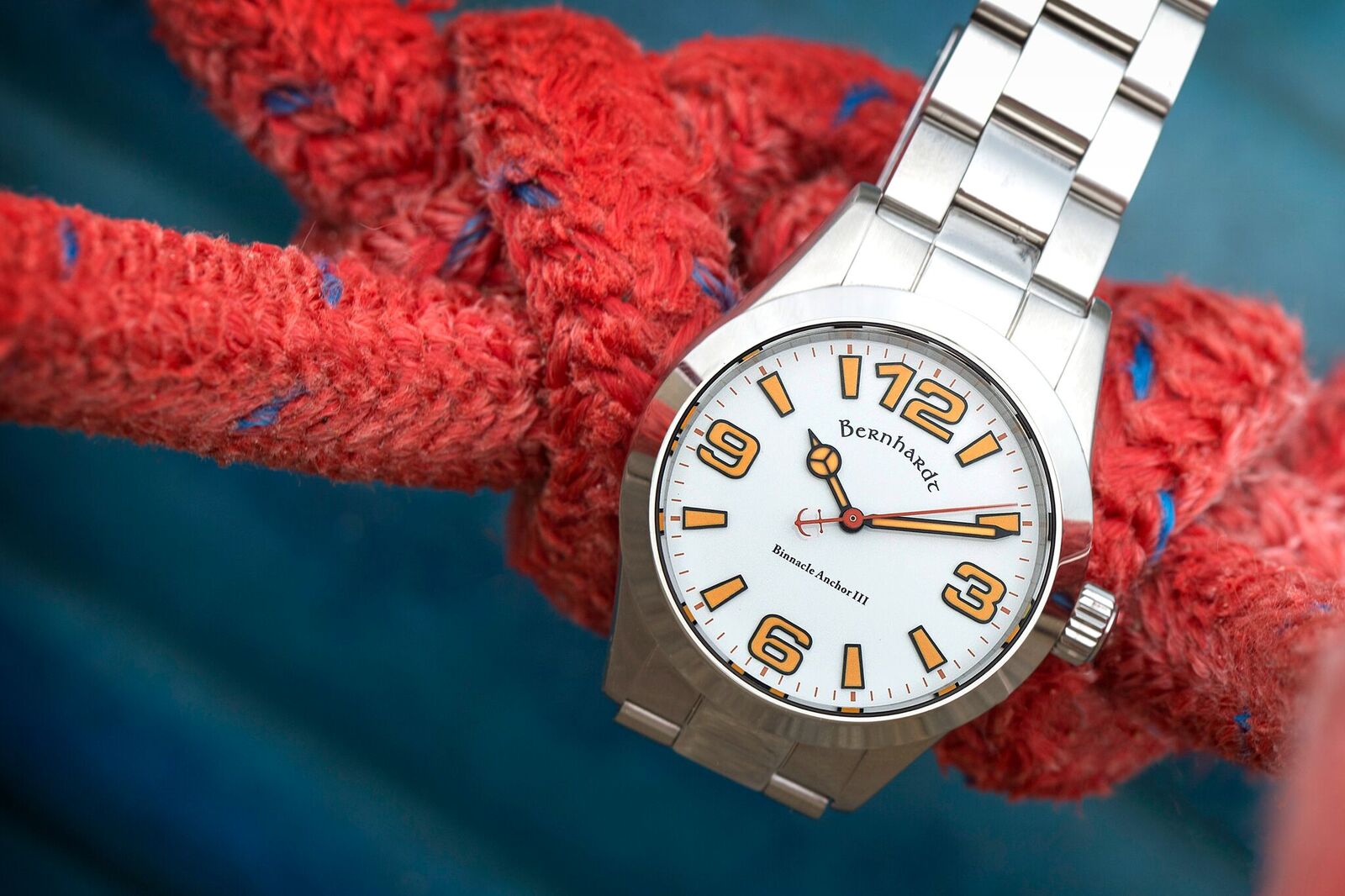 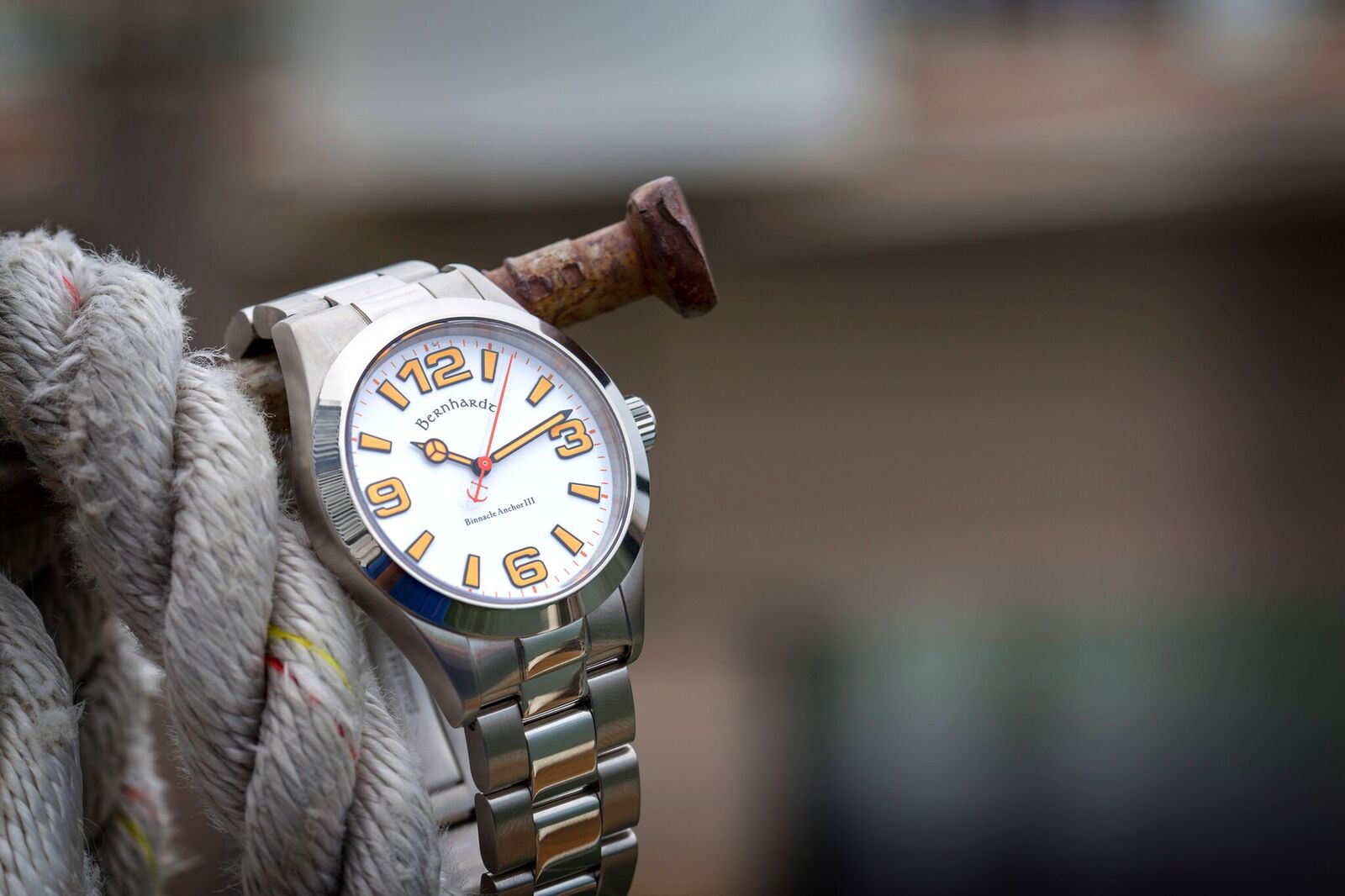 Nautically themed and devilishly dapper, there is an awful lot to like about the Binnacle Anchor III Watch from Bernhardt Watches ($259). Designed to be robust enough to weather a hurricane and with a aesthetic iconic enough to embrace in black-tie, the Binnacle Anchor line’s aim is simple but noble – namely, to deliver a respite, a sense of stability to help brace oneself against the high seas of life. Considering the sub $300 price tag, this excellent looking timepiece has some first class features which includes a Miyota 8215 automatic movement, white Dial with Orange Indices and Hands, a signature Anchor Second Hand and 200 meters water resistance. ($259) 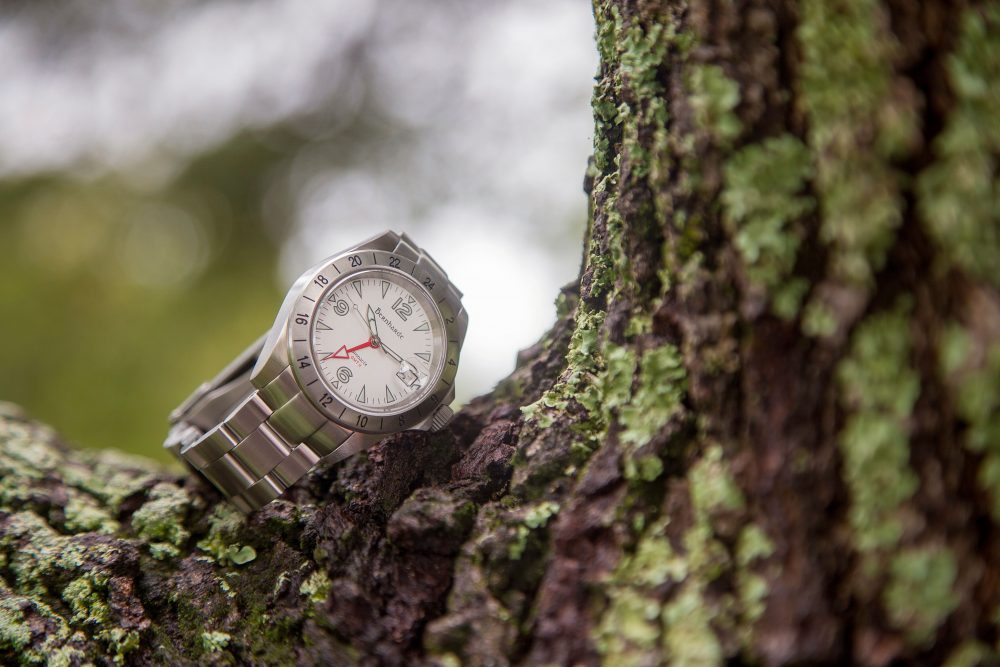 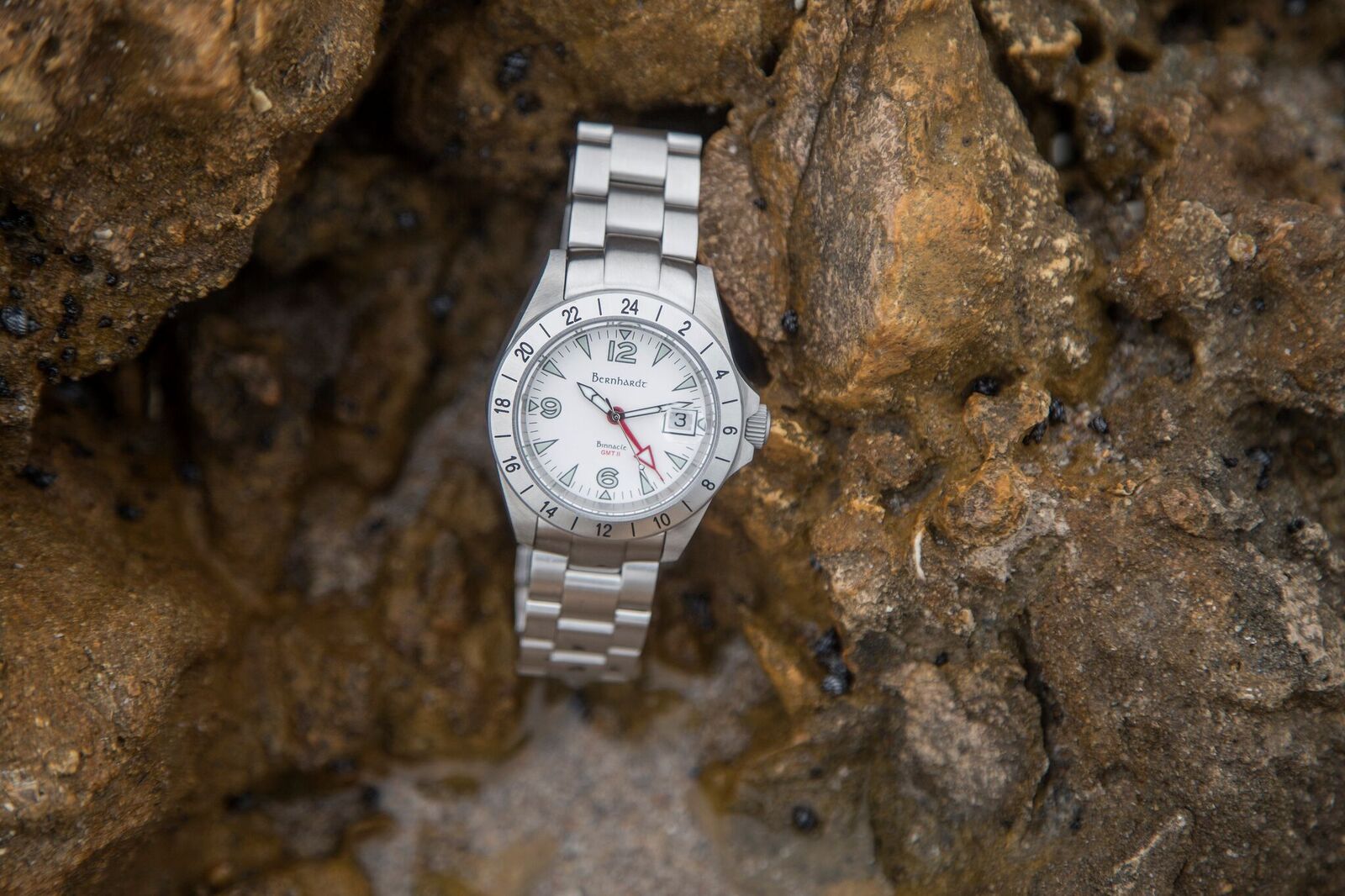 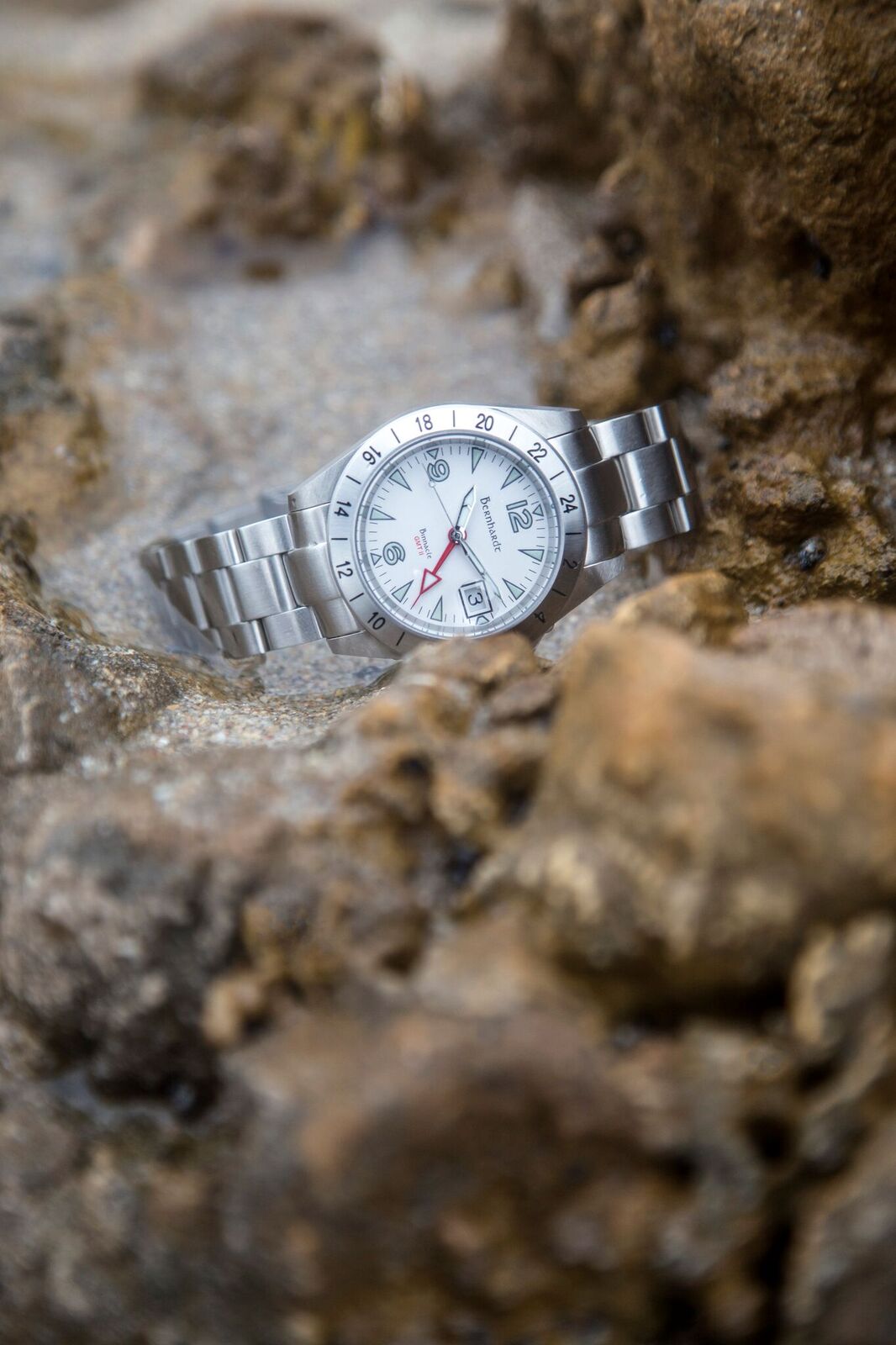 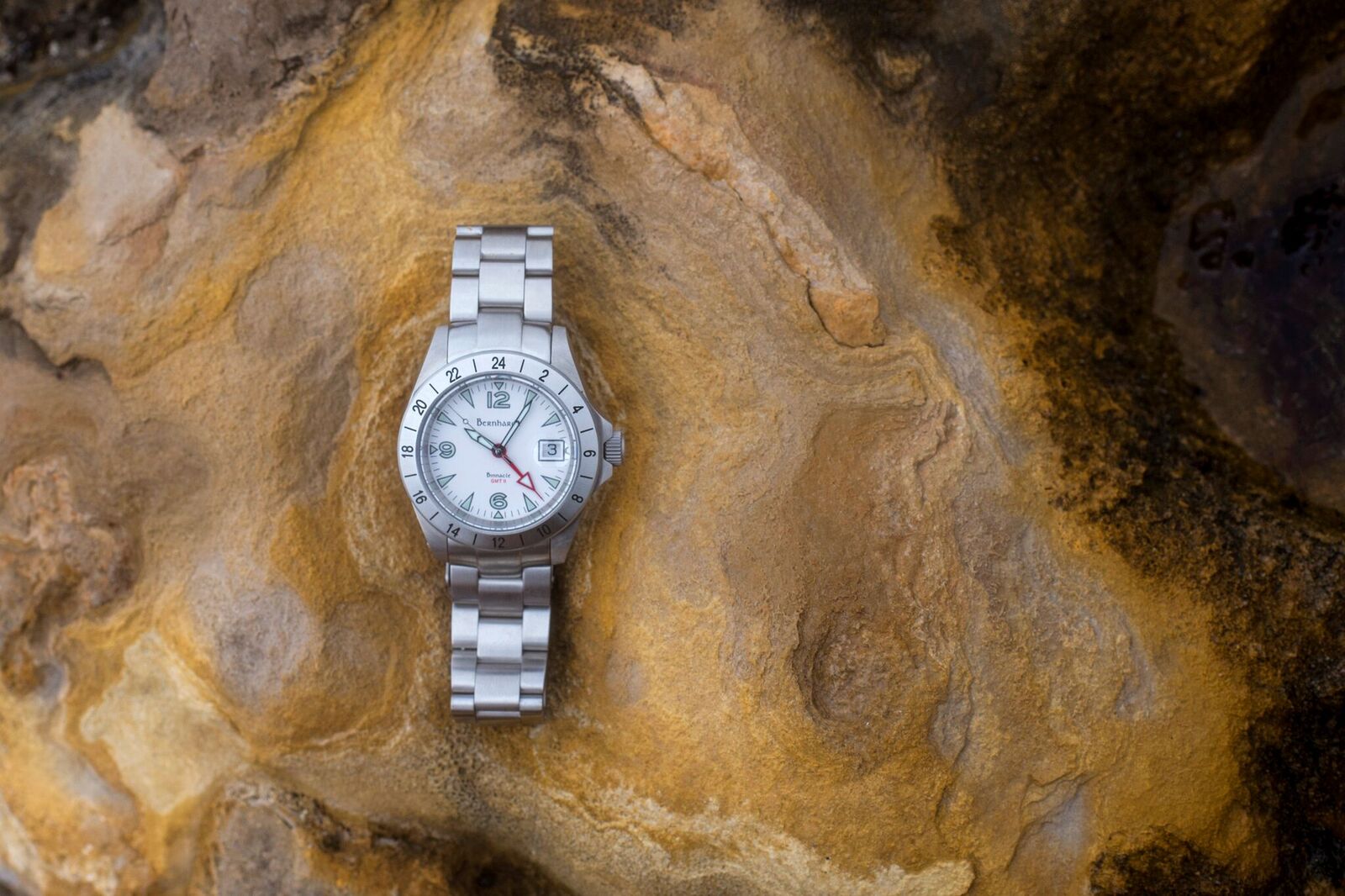 One of the more eye-catching creations from Bernhardt Watch Company, the Binnacle GMT II Watch ($624) positively exudes class and sophistication and is a real favourite of ours here at Coolector HQ. For anyone after a classy accessory for their wrist in 2020, this is definitely going to be ticking all of the right boxes. The Binnacle GMT II Watch is a reintroduction of one of the watchmaker’s most iconic and earliest timepieces and is a testament to their successes, triumphs, and accomplishments. A capable timepiece that will help you set course for a new latitude. It boasts an impressive Swiss ETA 2836 automatic movement modified for GMT, an independent adjustment of 4th hand for second time zone, 316-L surgical stainless steel case, numbered case back and it is a limited edition to just 200 pieces so move quickly if you want to get one on your wrist. ($624) 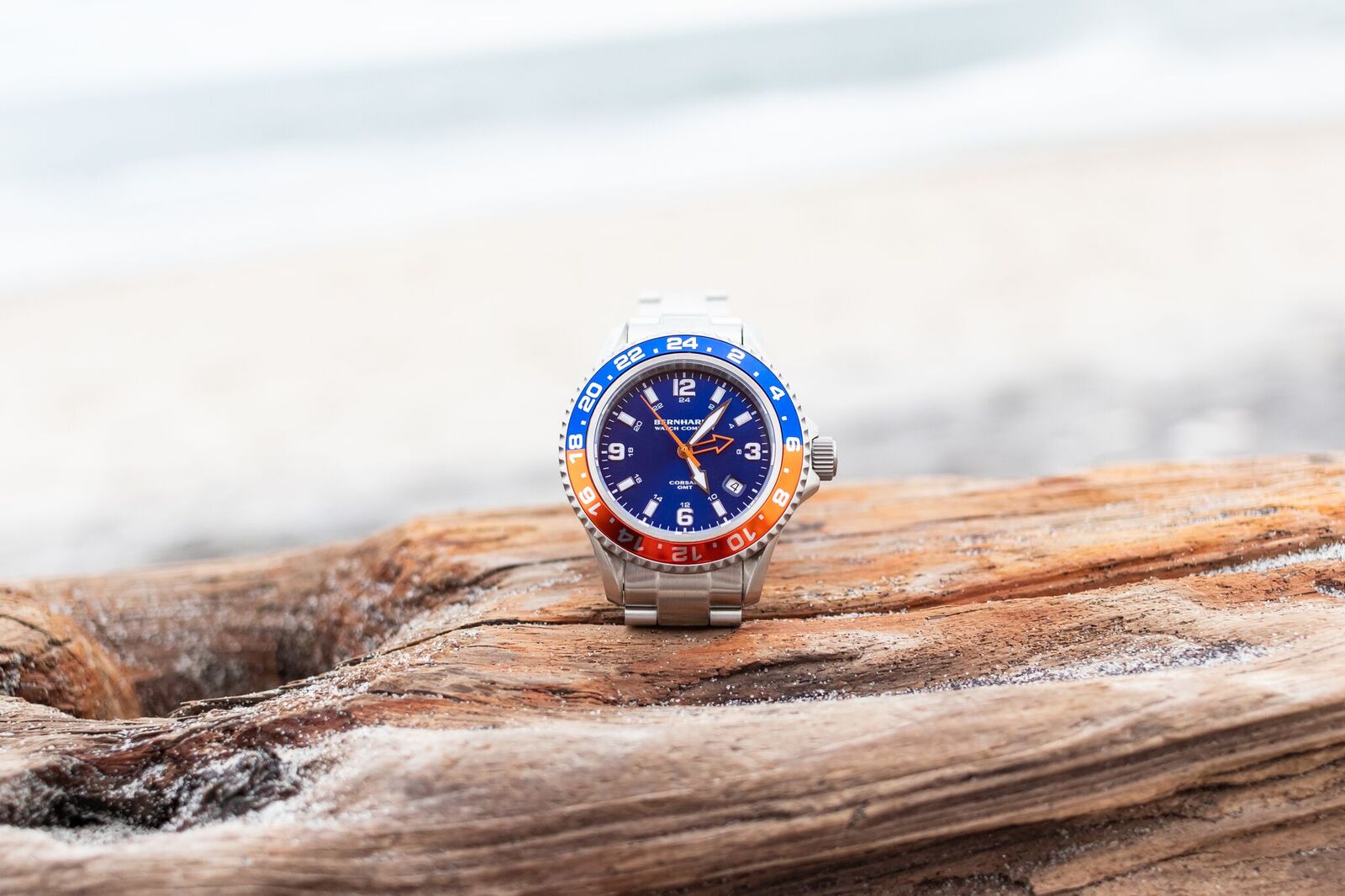 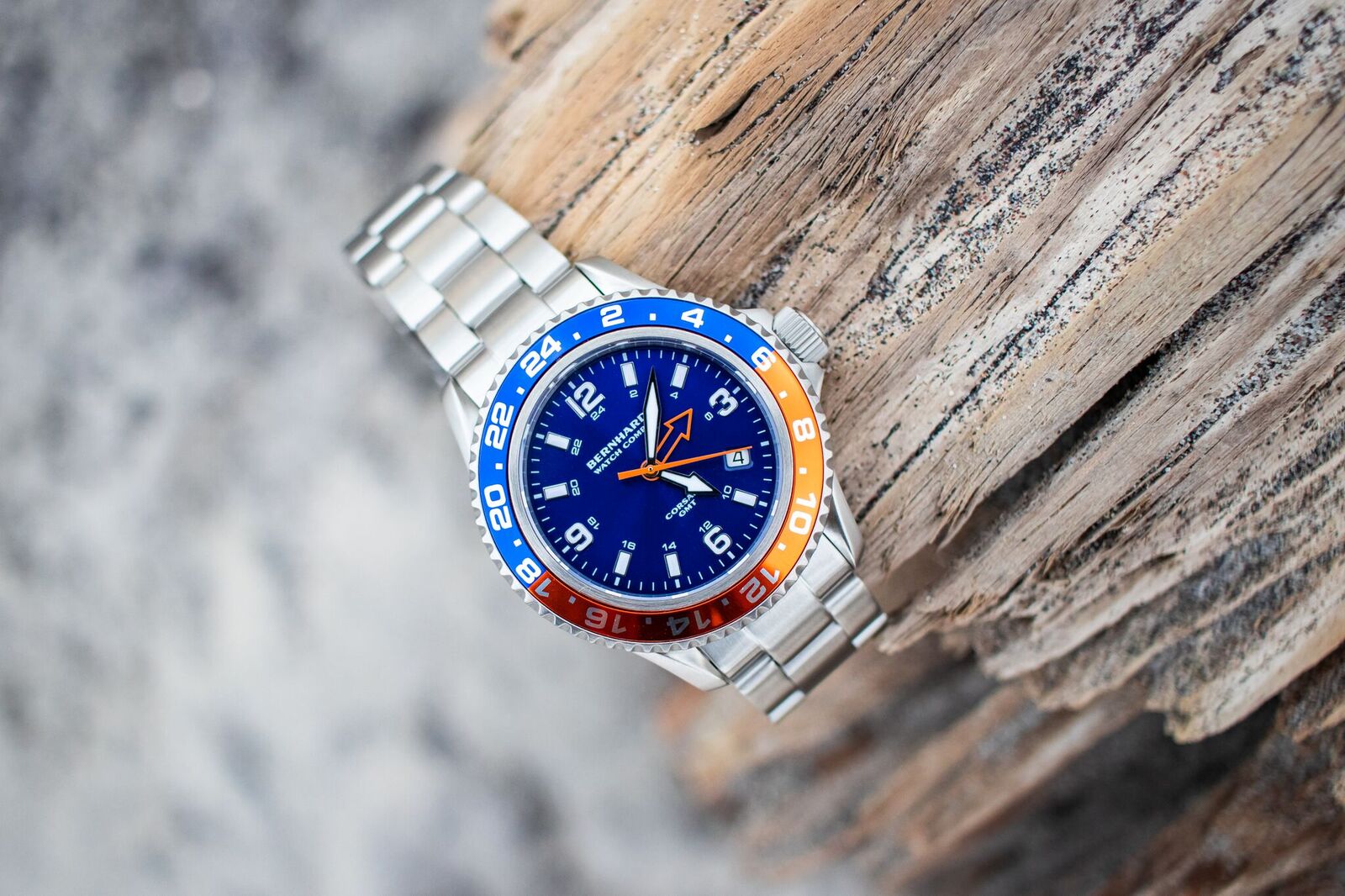 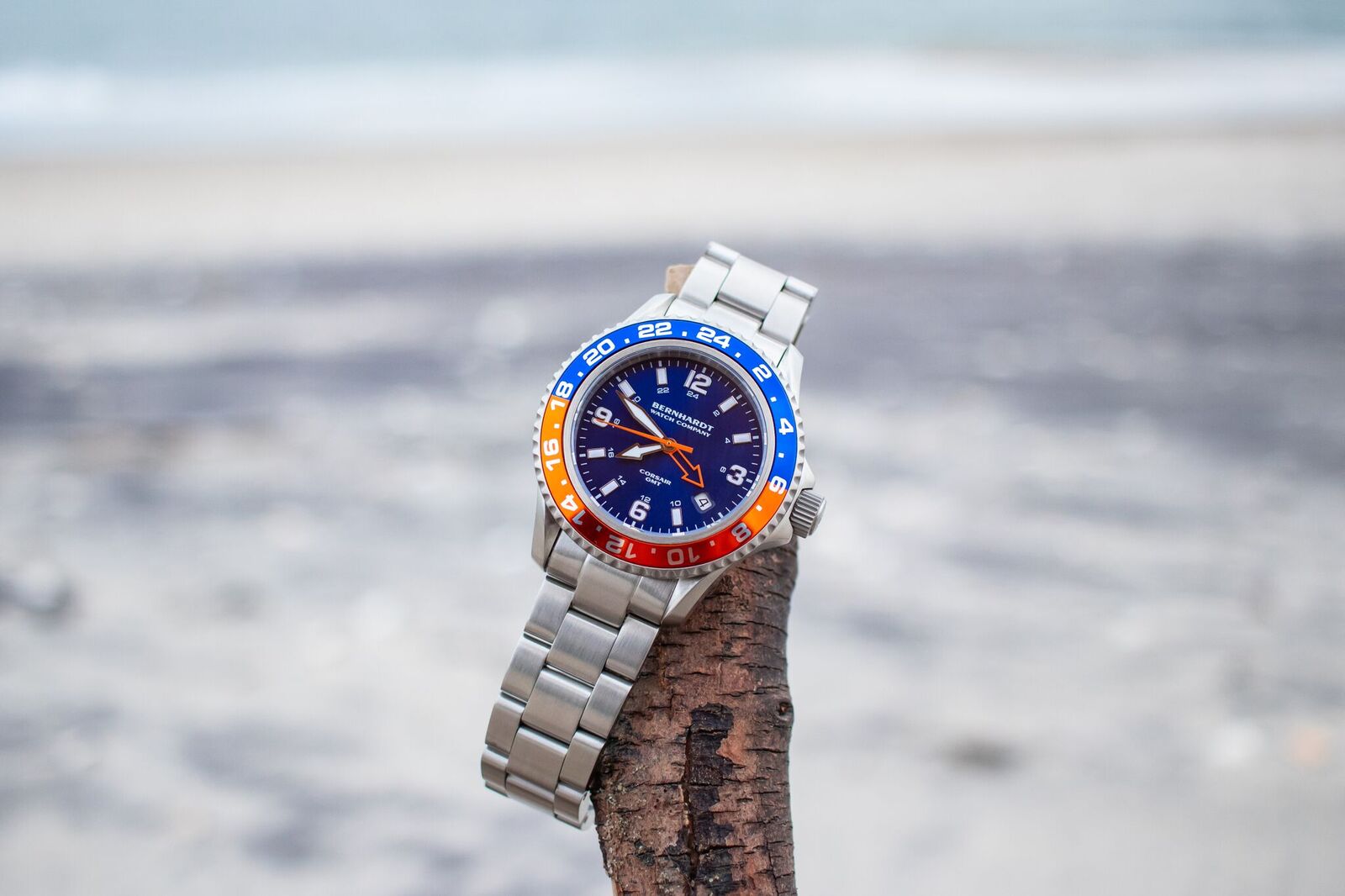 Visually vibrant, the Bernhardt Corsair GMT Watch ($679) is going to make a real style statement on the wrist and turn heads aplenty. Again boasting a striking nautical feel, this majestic looking timepiece from Bernhardt is a newly updated version of the watchmaker’s flagship timepiece. Tested by time and proven again and again, it will keep you on schedule no matter where you land. Named in honor of the F4U Corsair fighter plane, and featuring its likeness within the clear display case back, the Corsair GMT is a formidable and dependable watch and a first class showcasing of what we can achieve when duty calls. It has a Swiss ETA 2836 automatic movement, a blue dial with Blue/Orange rotating 24-Hour bezel and orange second and GMT hands and it is capable of tracking three time zones simultaneously. ($679) 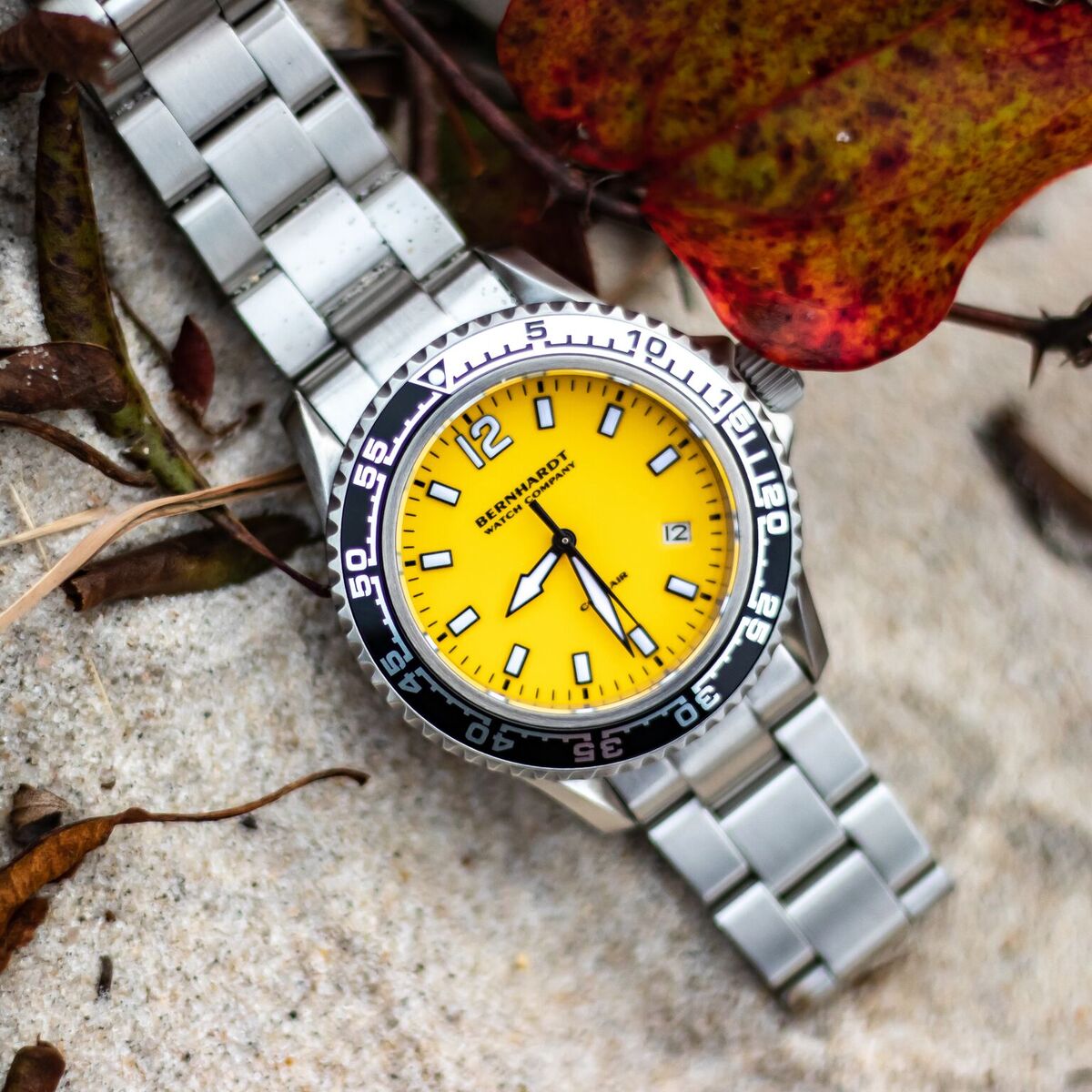 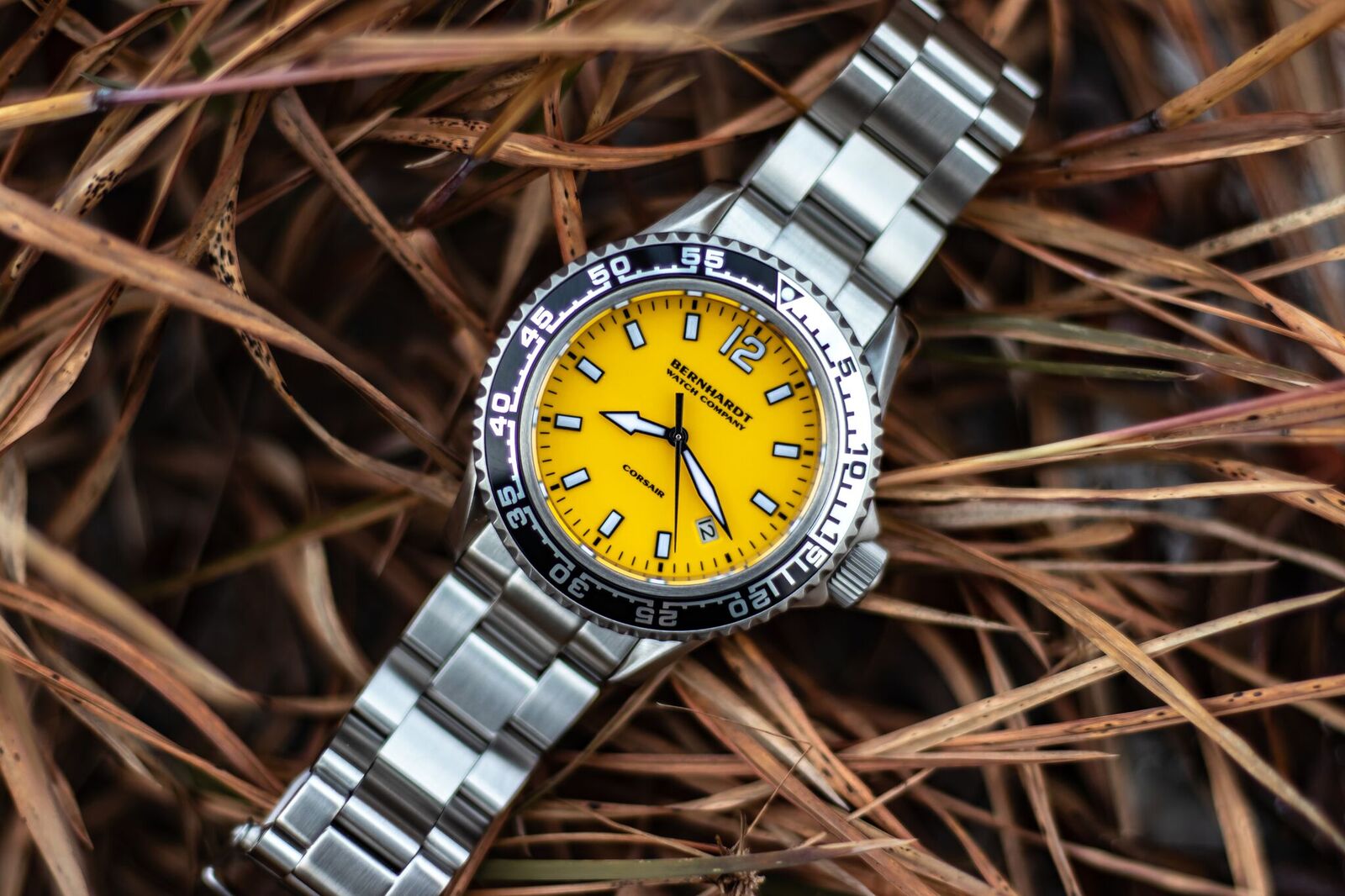 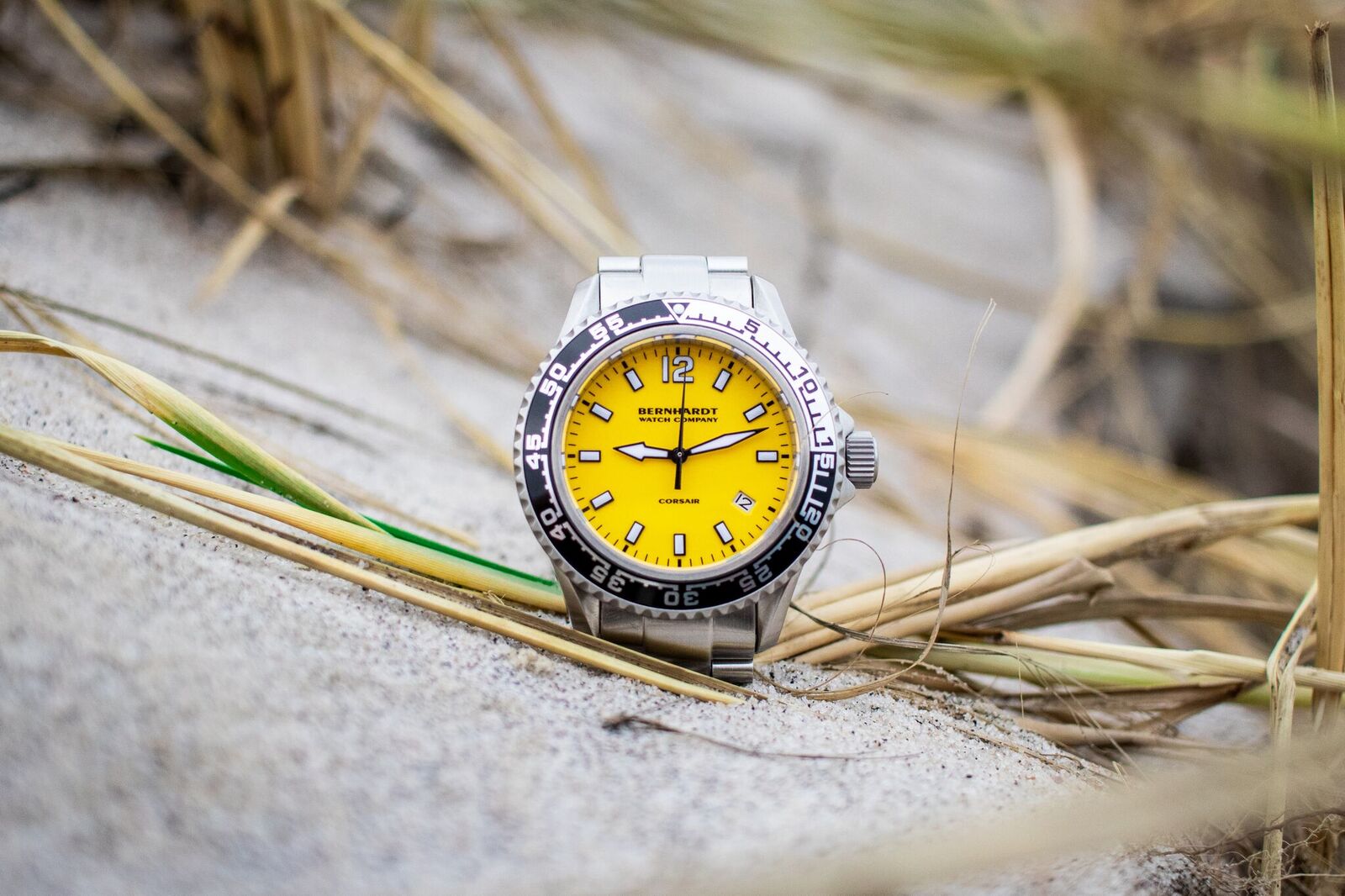 A foundational piece of Bernhardt history returns with a fresh look in the shape of the bold looking Corsair Diver Watch ($319). It is perfect meeting of sea and air and provides one of the most impactful looks for your wrist. It has been named in honour of the F4U Corsair fighter plane which saw service throughout the Pacific in WWII and the Korean War. The Bernhardt Corsair Diver Watch is a testament to the legacy of American engineering, manufacturing and formidability, as well as Bernhardt’s own heritage. It uses the Miyota 9015 24 jewel automatic movement and has super Luminova on hands and indices. Boasting a 200m water resistance and a 316-L surgical stainless steel case, this timepiece has definitely been built with adventure in mind. ($319) 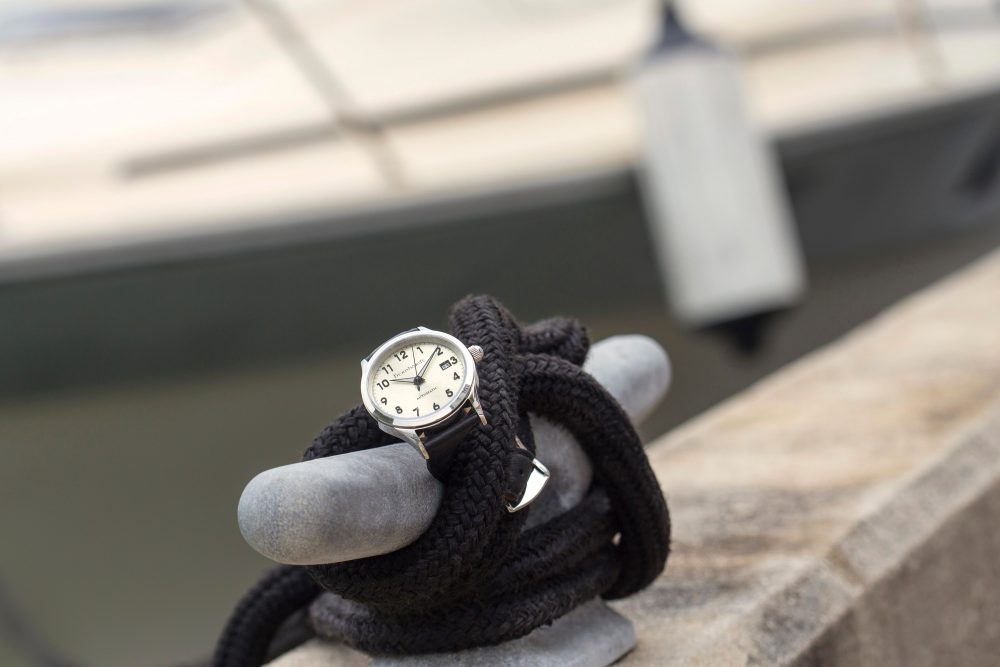 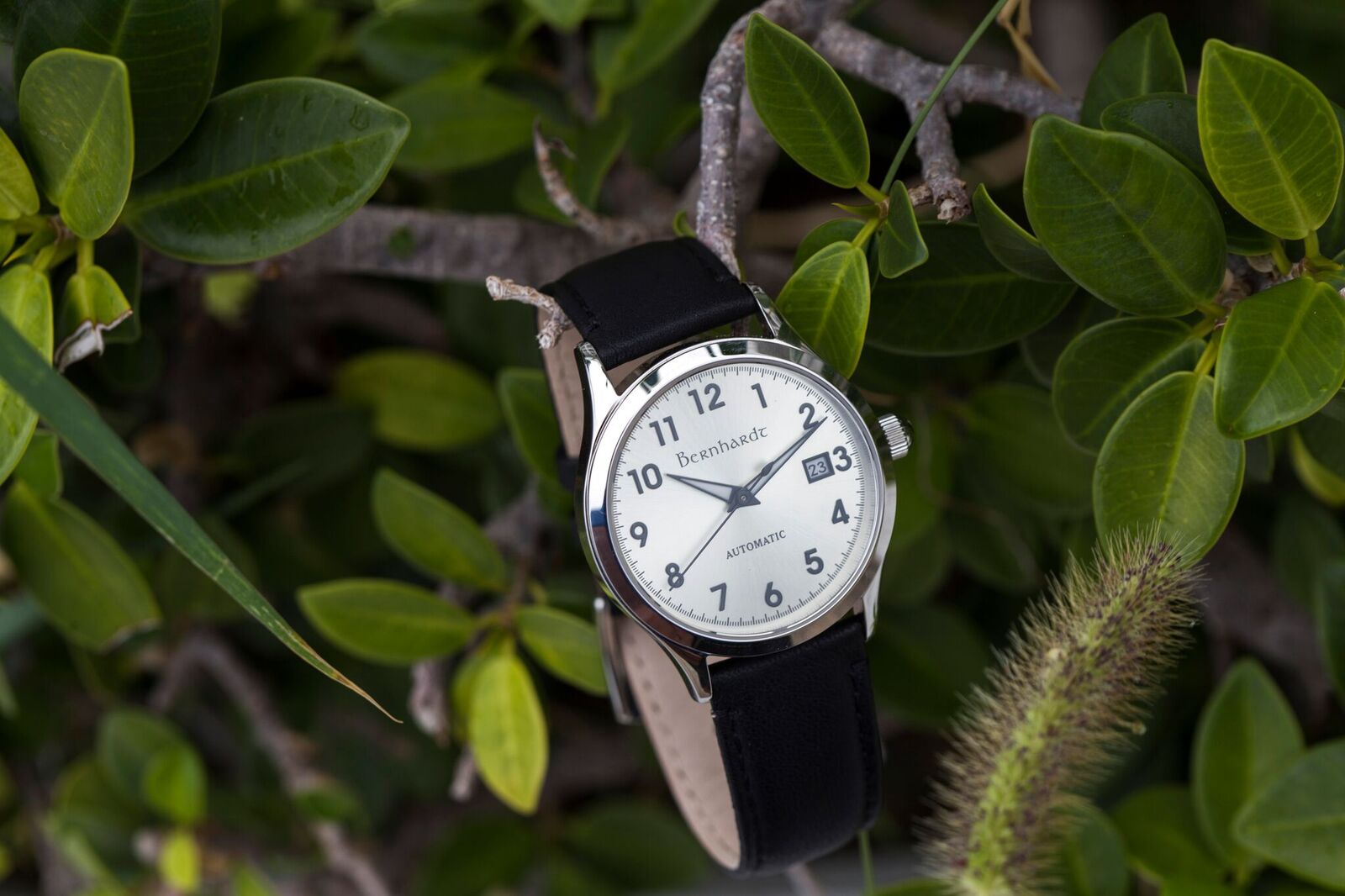 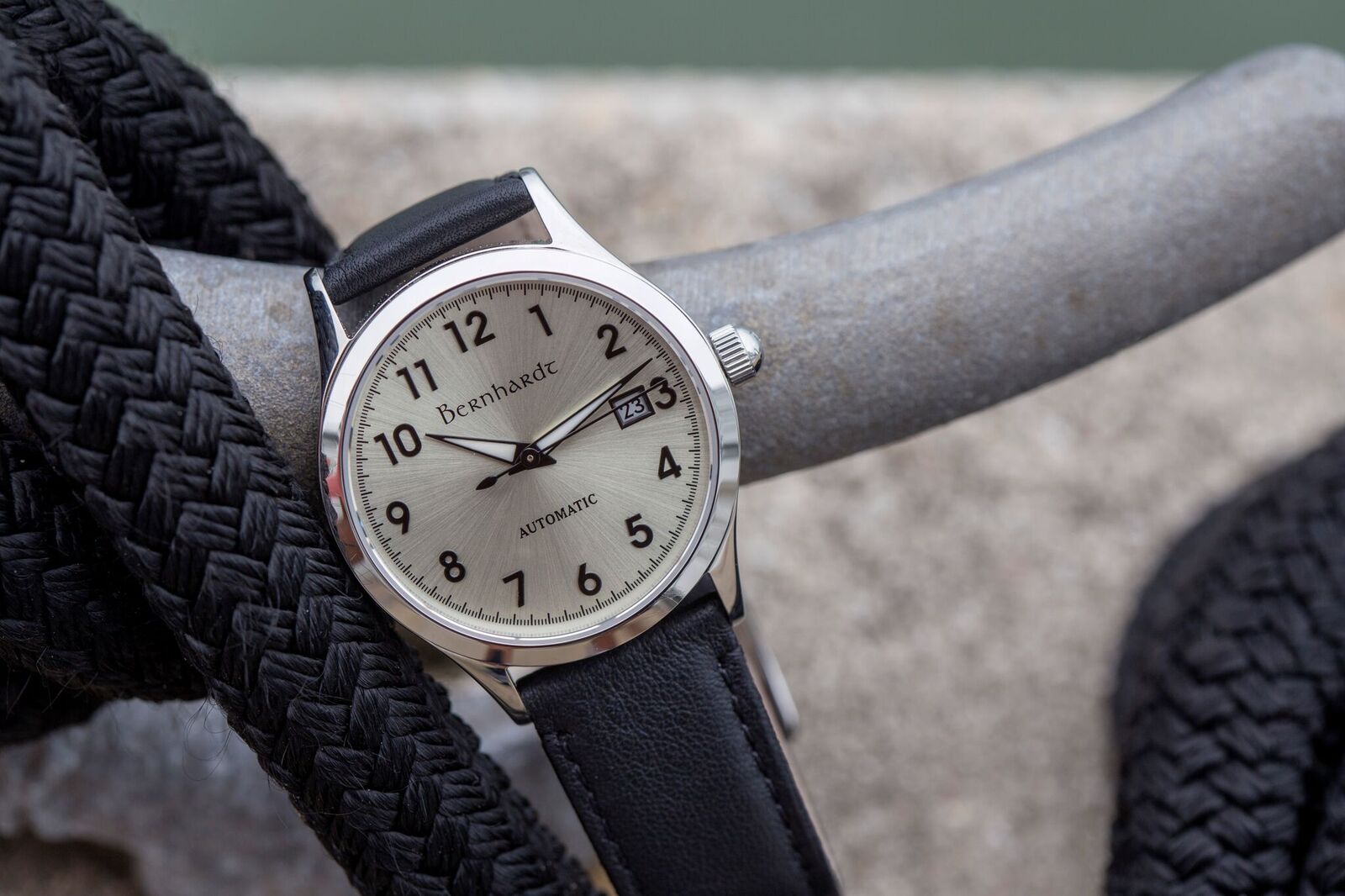 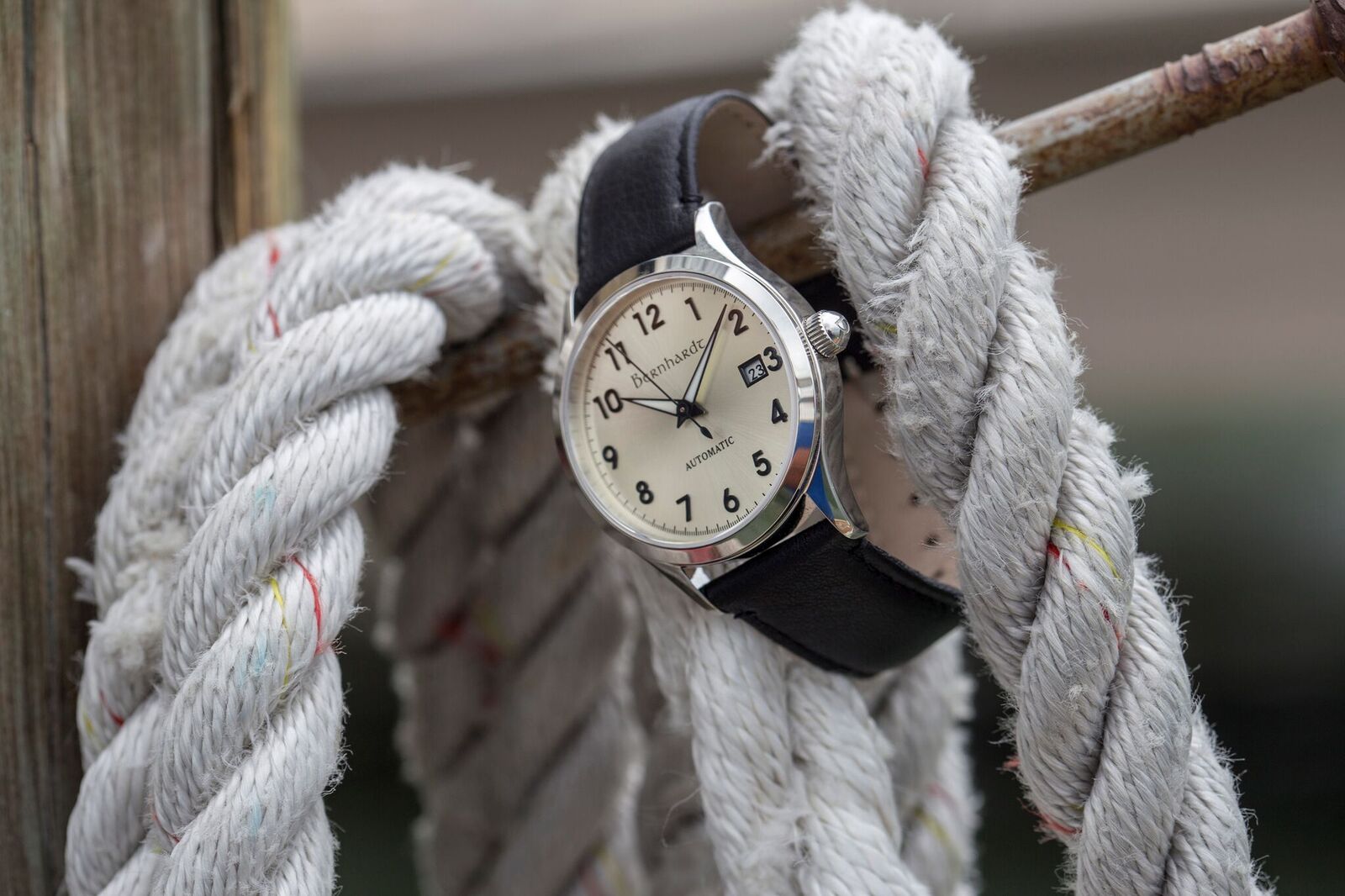 One of the more understated and minimalistic offerings from Bernhardt, the Captain’s Watch ($279) is classically sized for any wrist and it exudes class and commands respect. It is rugged enough to serve as an everyday wearer yet elegant enough to dress up any occasion. This Captain is capable of action while remaining handsomely refined and for those after a timepiece that is classy as they come without breaking the bank, this would be one of our top choices here at The Coolector. Some of the standout features of this cracking timepiece include a Miyota 9015 automatic movement, champagne dial with black numerals and black rimmed super luminova hands. ($279)