We love graphic design here at Coolector HQ and we’re also pretty big fans of 80s and 90s music as well so it will probably come as no surprise at all that we’ve fallen pretty hard for these Dorothy Stamp Albums, which combine the two wonderfully well. Dorothy are a Liverpool based design studio, who we regularly walked past on route to craft beer at the Baltic Market not so long ago, and we’ve long had a penchant for their awesome array of stylised designs and these Stamp Albums are the latest to have caught our eye. 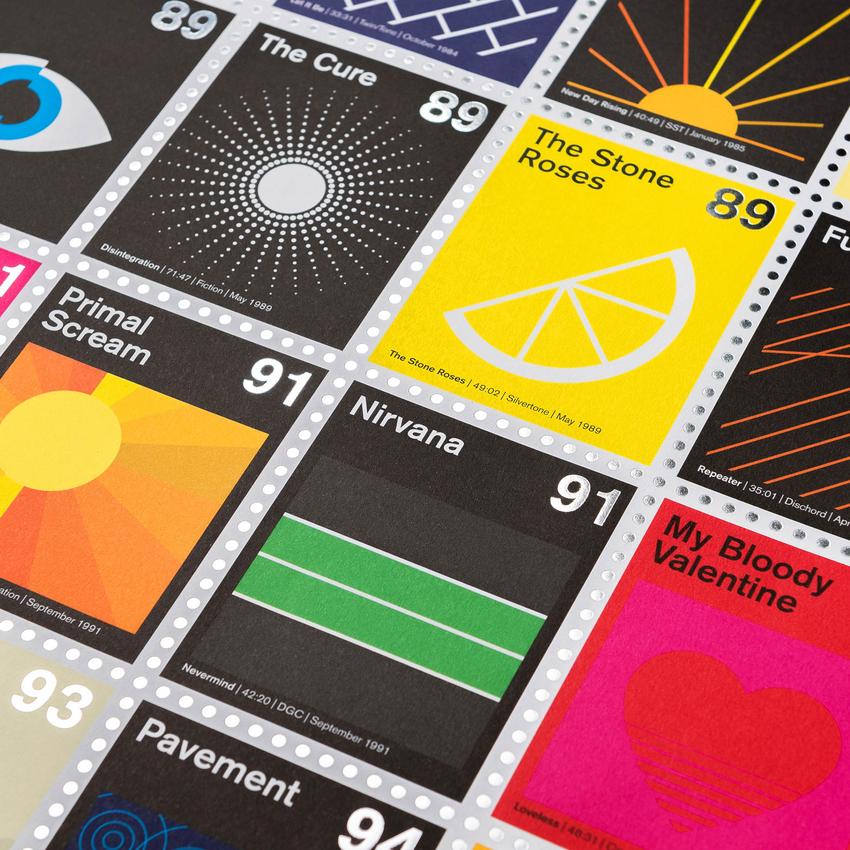 The Dorothy Stamp Albums come in two different volumes with each boasting its own line up of seminal bands and graphic design style. These prints will really bring any workspace to life and will add a touch of vibrancy to the wall. Available for the mighty reasonable price tag of just £35, chances are you’ll want to add both Volume 1 and Volume 2 to your workspace to complete the aesthetic and that’s definitely what we’re planning to do here at The Coolector.

One For Music Lovers

These great looking new prints from Dorothy are designed to celebrate the most influential and exciting alternative albums from 1984 – 1999. They’ve reimagined some 42 seminal alternative albums from this period as a series of oversized postage stamps. For the Volume 1 print, things begin in 1984 with the self-titled debut album by The Smiths and finishing up in 1999 with The Flaming Lips’s fearless psych-pop album The Soft Bulletin. Other classic albums featured include Sonic Youth and Daydream Nation, Pixies and Doolittle, The Cure and Disintegration, The Stone Roses and their eponymous debut album, Primal Scream and Screamadelica, Nirvana and Nevermind, R.E.M and Automatic for the People, The Breeders and Last Splash, Blur and Parklife, Beck and Odelay and Radiohead and OK Computer. 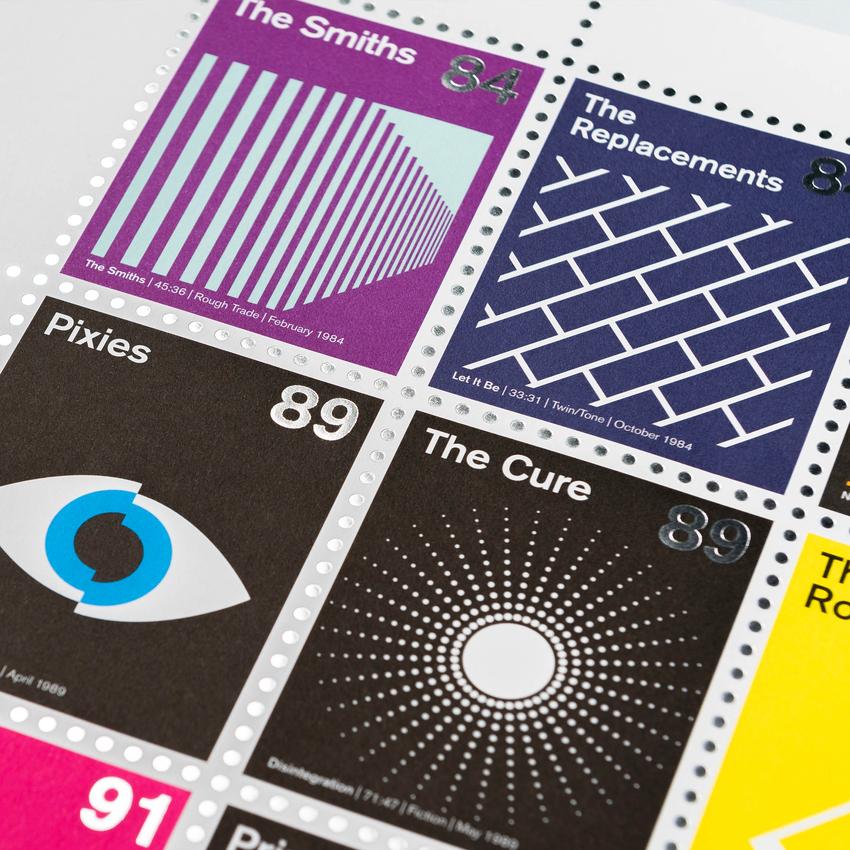 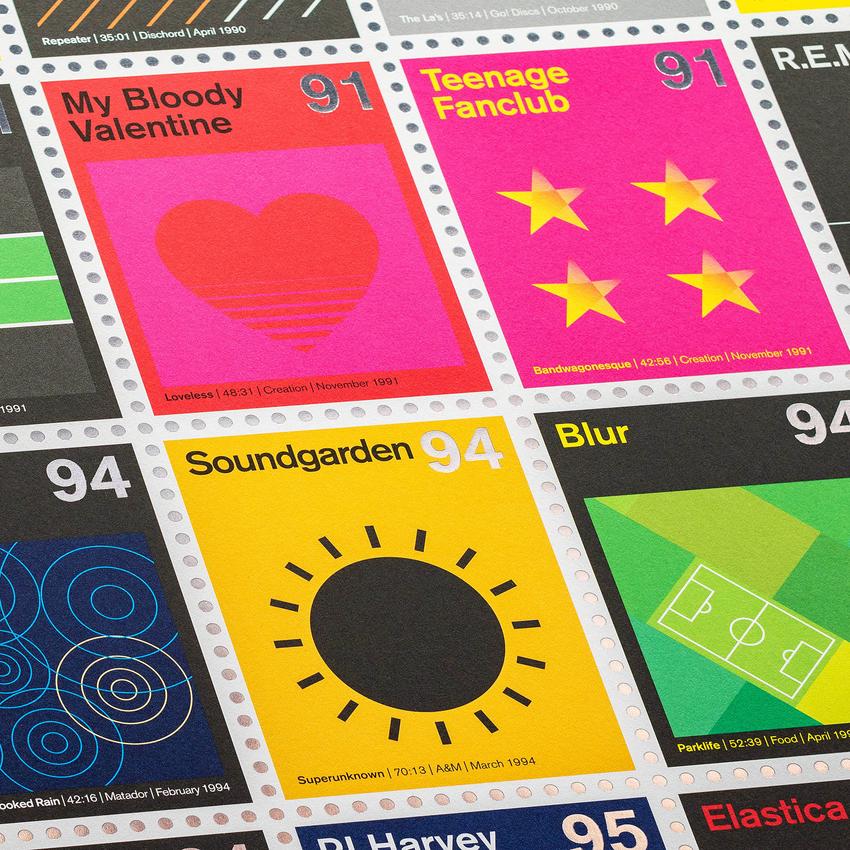 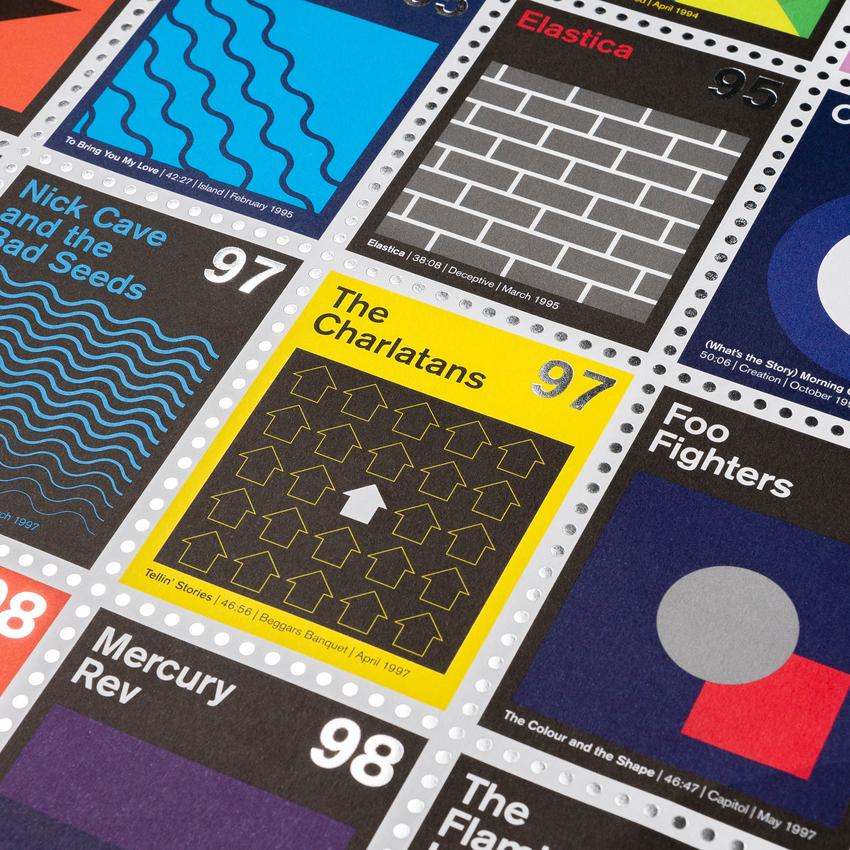 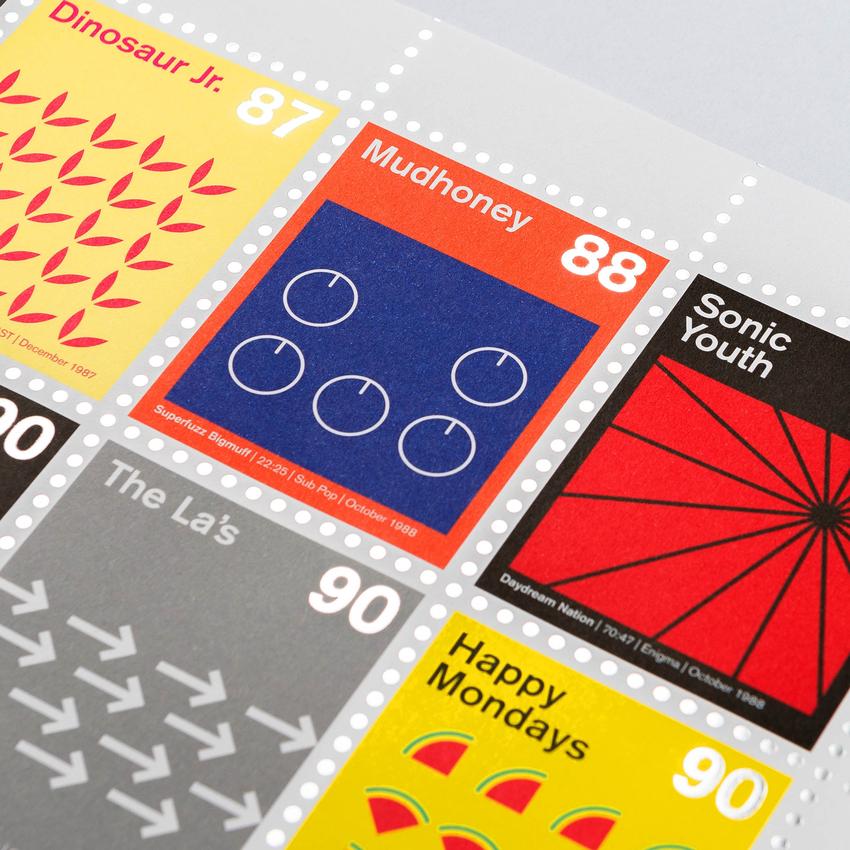 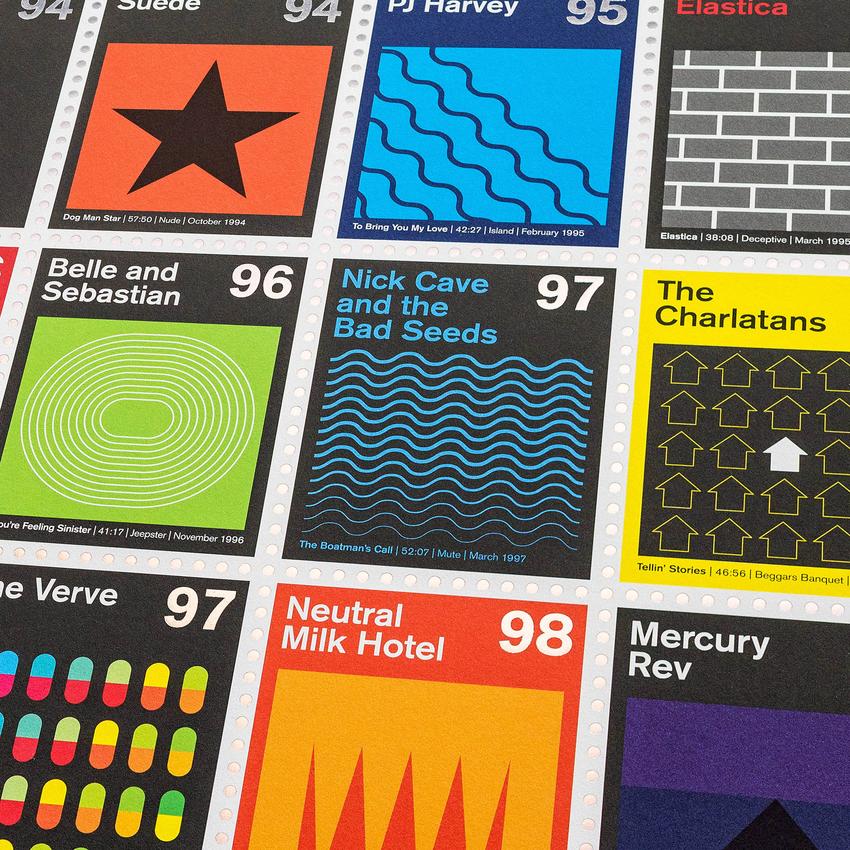 For the Volume 2 Stamp Albums Print from Dorothy, there are plenty more iconic bands to be appreciated and they’ve again been treated to their distinctive stamp style design. For this collection, things start in the year 2000 with the critically acclaimed Sophtware Slump by Grandaddy and finish off with Idles and their Mercury Prize nominated album Joy As an Act of Resistance and the legends of indie rock Low and their 2018 album Double Negative. 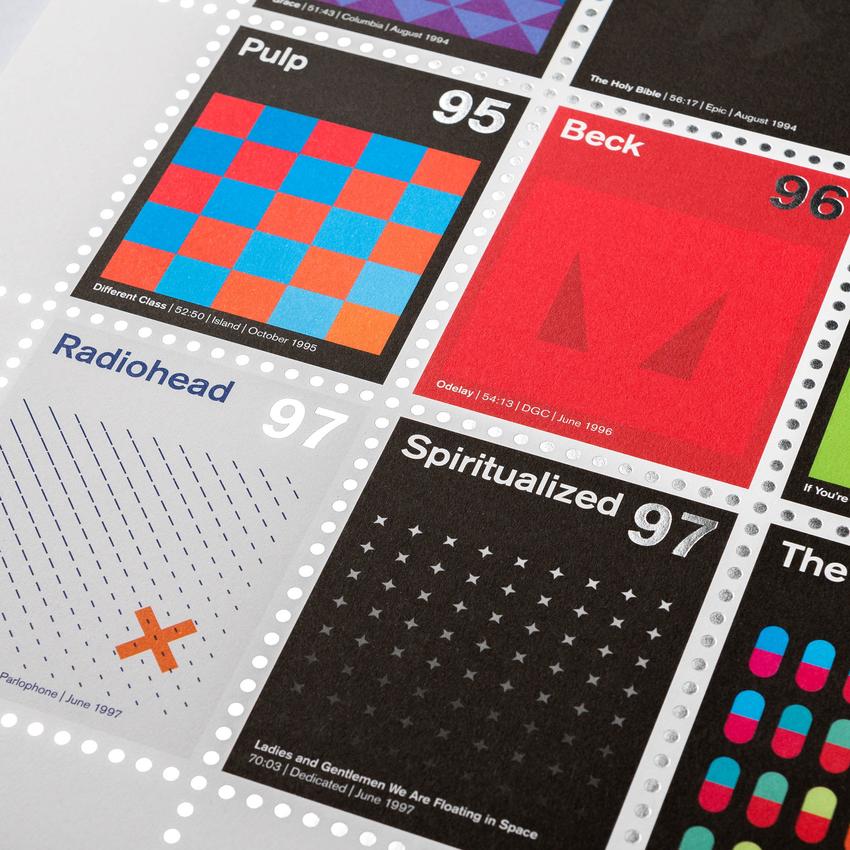 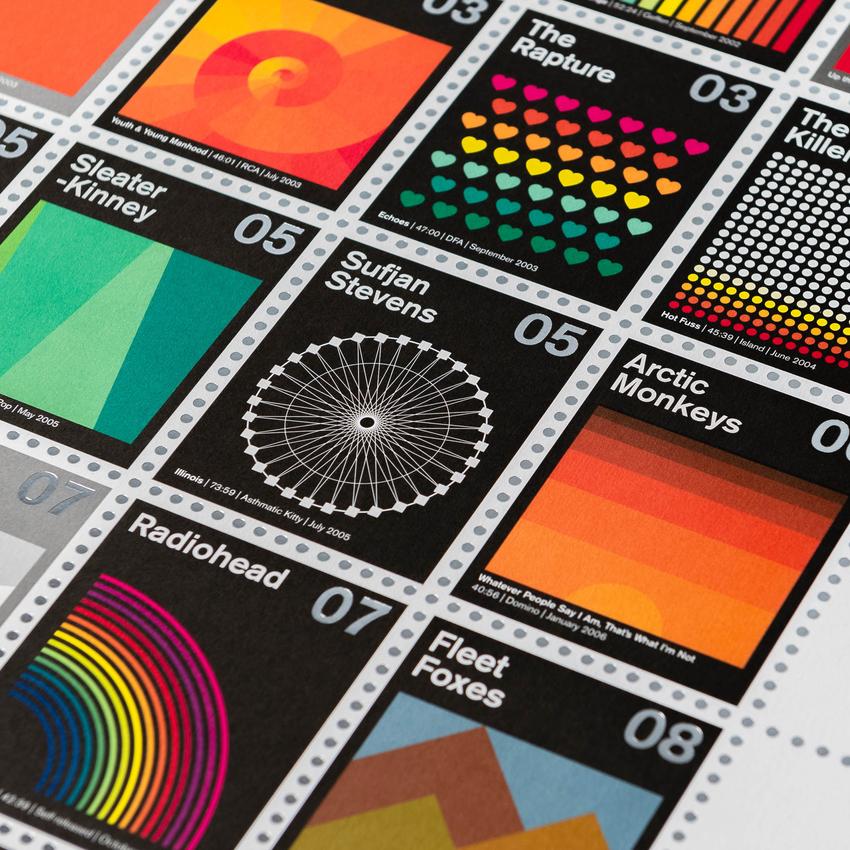 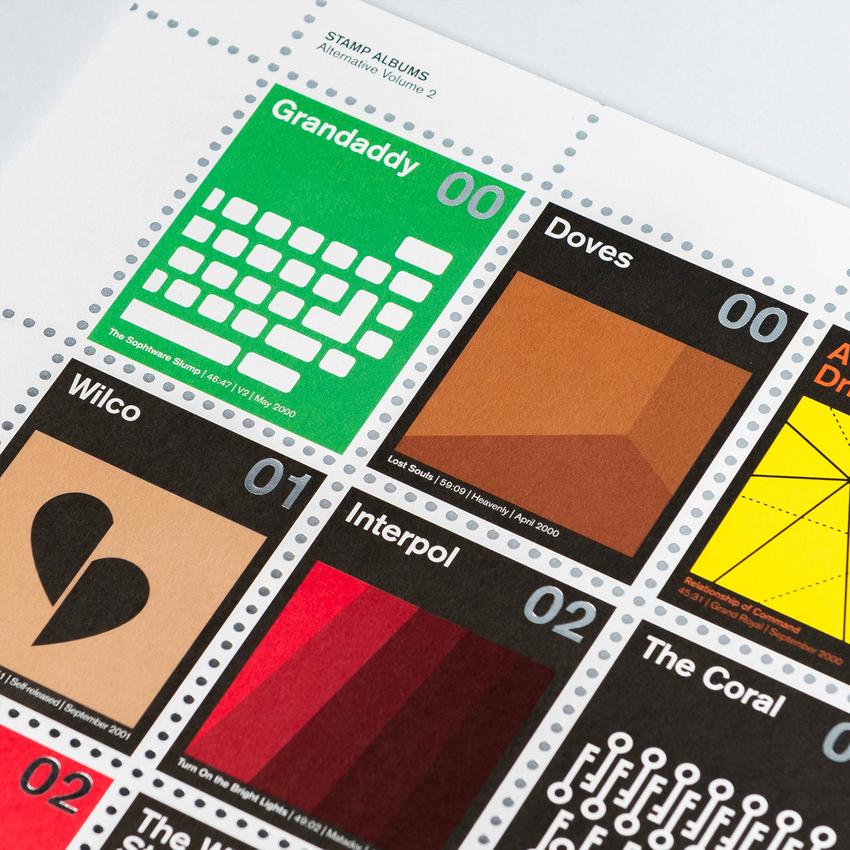 Other classic albums to be found on Volume 2 include The Strokes and Is This It?, Interpol and Turn On the Bright Lights, The White Stripes and Elephant, Arcade Fire and Funeral, The National and Alligator, Sufjan Stephens and Illinois, Arctic Monkeys and Whatever People Say I Am, That’s What I’m Not, Fleet Foxes and their eponymous debut album, Animal Collective and Merriweather Post Pavilion and Vampire Weekend and Modern Vampires of the City.

As with all the designs and prints from Dorothy, the use of first class materials is paramount to ensure these Stamp Album Prints will be looking great for years to come. Each stamp features a graphic that has been inspired by the album (or tracks on the album), the date of release, the label it was released on and its running time which gives them an either more engaging aesthetic that music and graphic design aficionados are sure to appreciate. 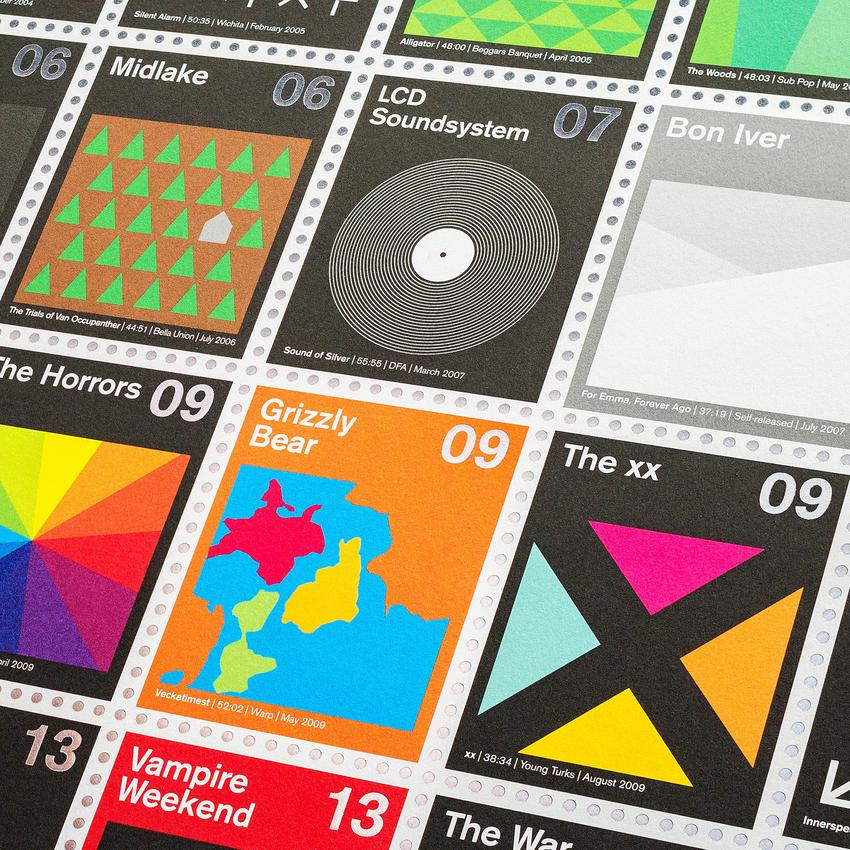 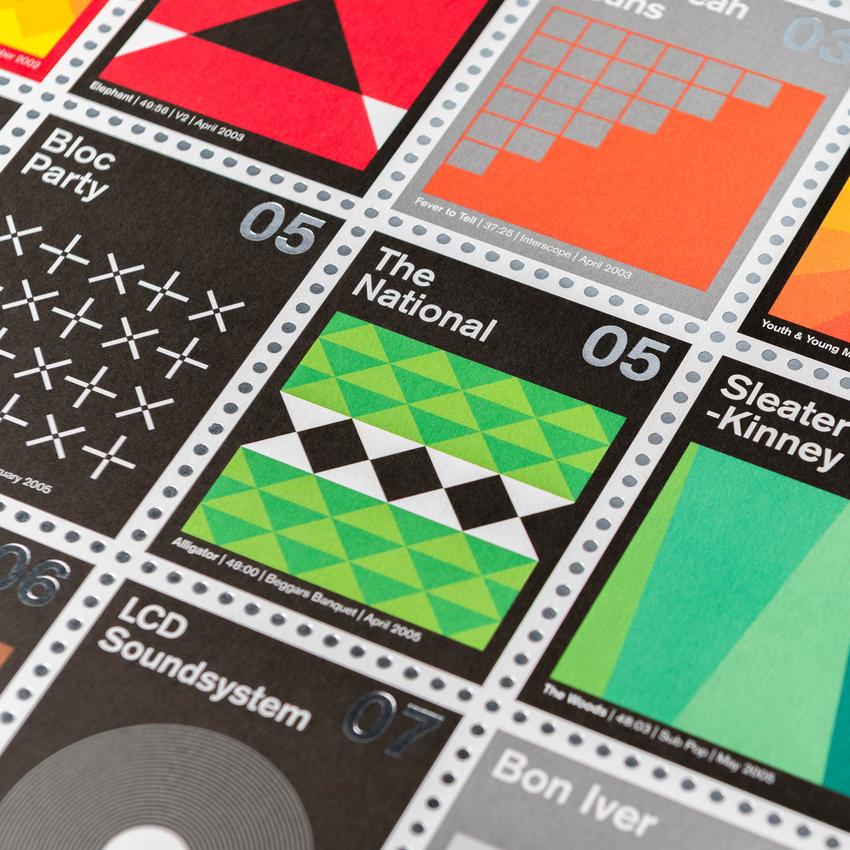 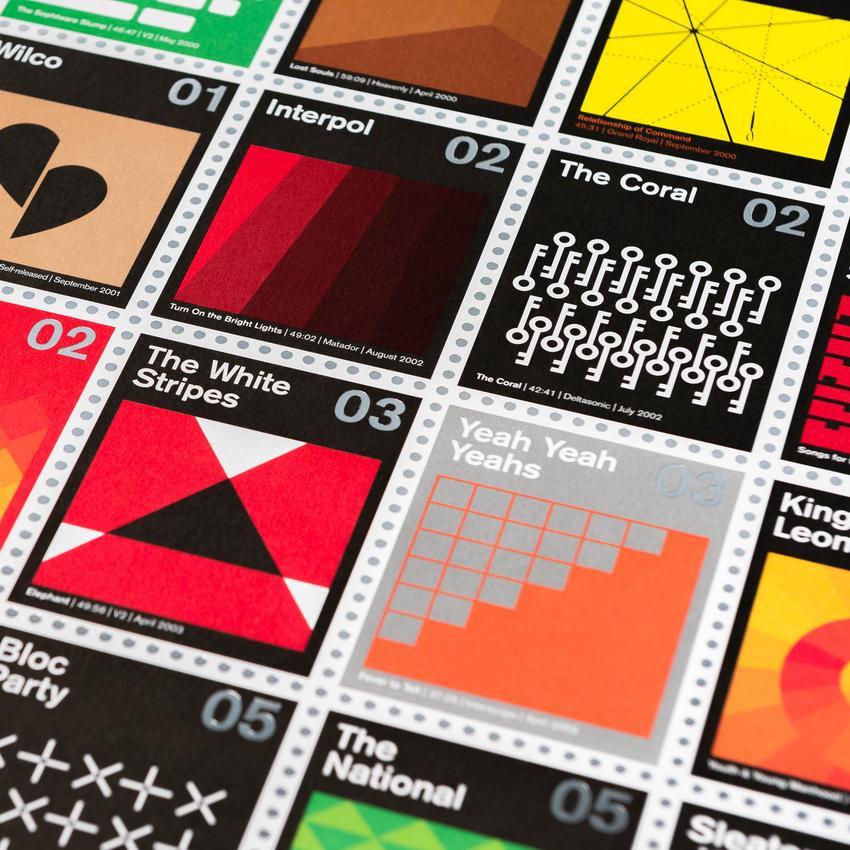 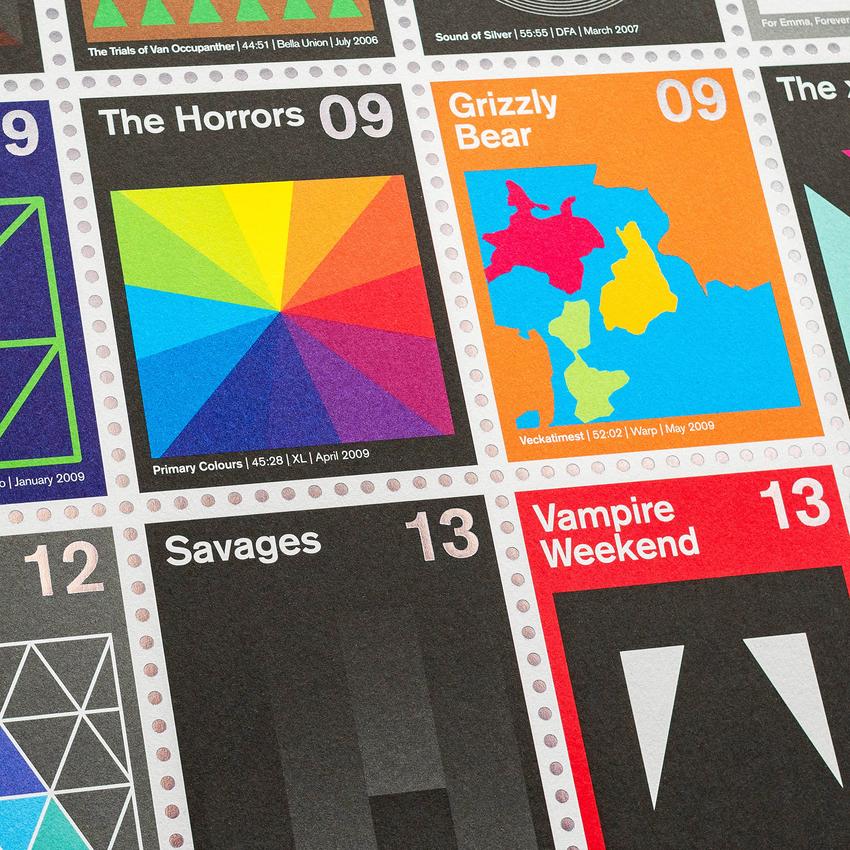 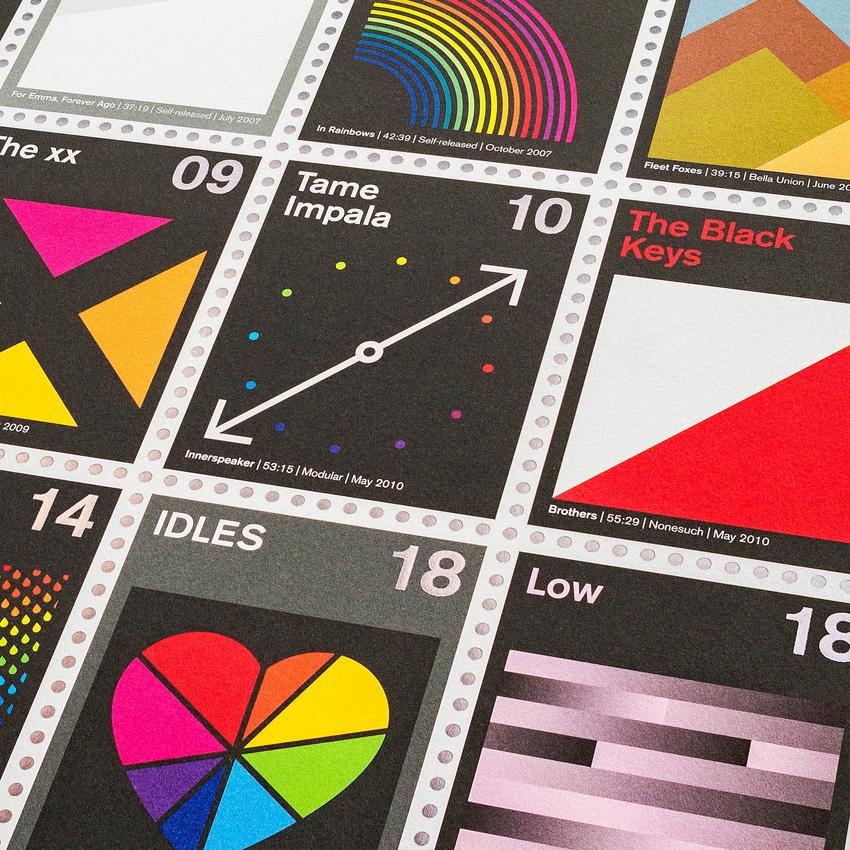 Measuring 80x60cm, these Dorothy Stamp Album Prints are going to make quite the visual impact where you choose to hang them and for fans of the best music and bands of the last couple of decades, they will be an essential addition to your interior design endeavours. Each print is a 4 colour litho print with silver foil and they are printed on 120gsm KeayKolour Snow White uncoated paper for a tangible sense of quality to the touch.

Written By
Leo Davie
More from Leo Davie
If you own an iPhone that you want to ramp up the...
Read More