When it comes to unusual looking steeds, BMW Motorrad are invariably one of our first ports of call here at Coolector HQ and they’ve not let us down again with their latest offering, the F850 GS Bauhaus 100 Motorbike made in collaboration with Krautmotors. This stunning contraption is a lesson in minimalism and understated design and if you’re looking for a machine that will make its mark on the road, you’ve just found it. 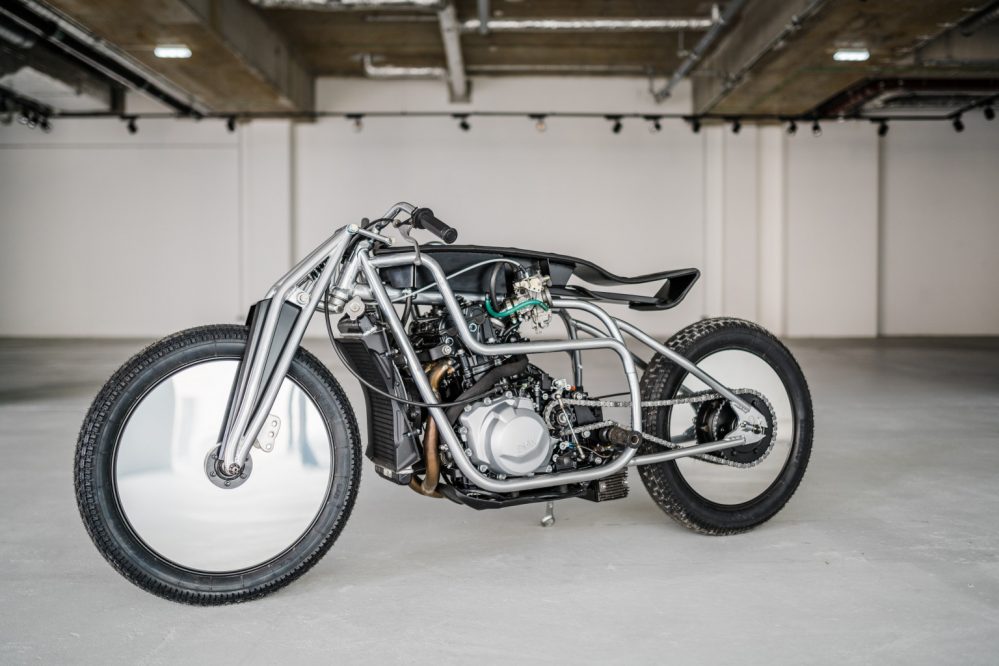 The BMW Motorrad F 850 GS Bauhaus 100 Motorbike takes its design inspiration from the Bauhaus centennial, and this latest creation from Krautmotors is a real work of art. The F850 GS conversion made its premiere debut at the BMW Motorrad Days in Garmisch-Partenkirchen recently and, safe to say, it left a lot of motorcycling aficionados mighty impressed. It is an unconventional transformation of an adventure bike into a work of art and it really is hard not to be bowled over by what Krautmotors and BMW Motorrad have achieved here.

The “Bauhaus 100” Motorbike positively bursts with creativity and boasts an excellent combination of retro vibes and distinctive contemporary design elements. As a result of its minimalistic yet striking features, it is anything but ordinary and it’s easy to see why it’s so highly regarded in motorcycling circles. The Bauhaus movement remains a symbol for architecture, graphic, interior and industrial design, as well as typography and the 100-year anniversary marks an important milestone and many artists have commemorated the movement with new works inspired by the style – including this exceptional looking motorbike. 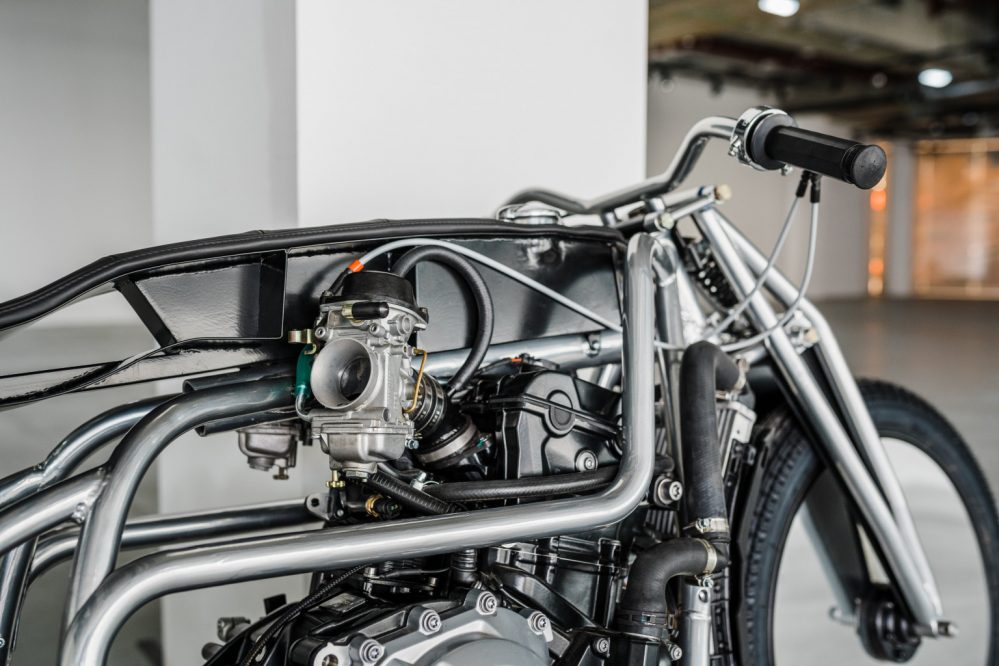 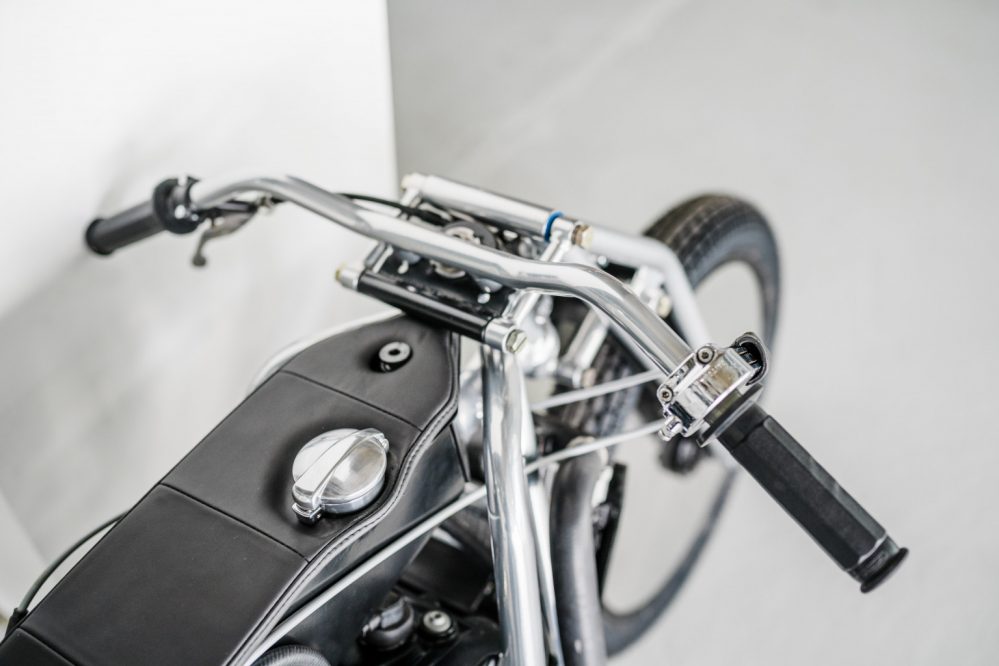 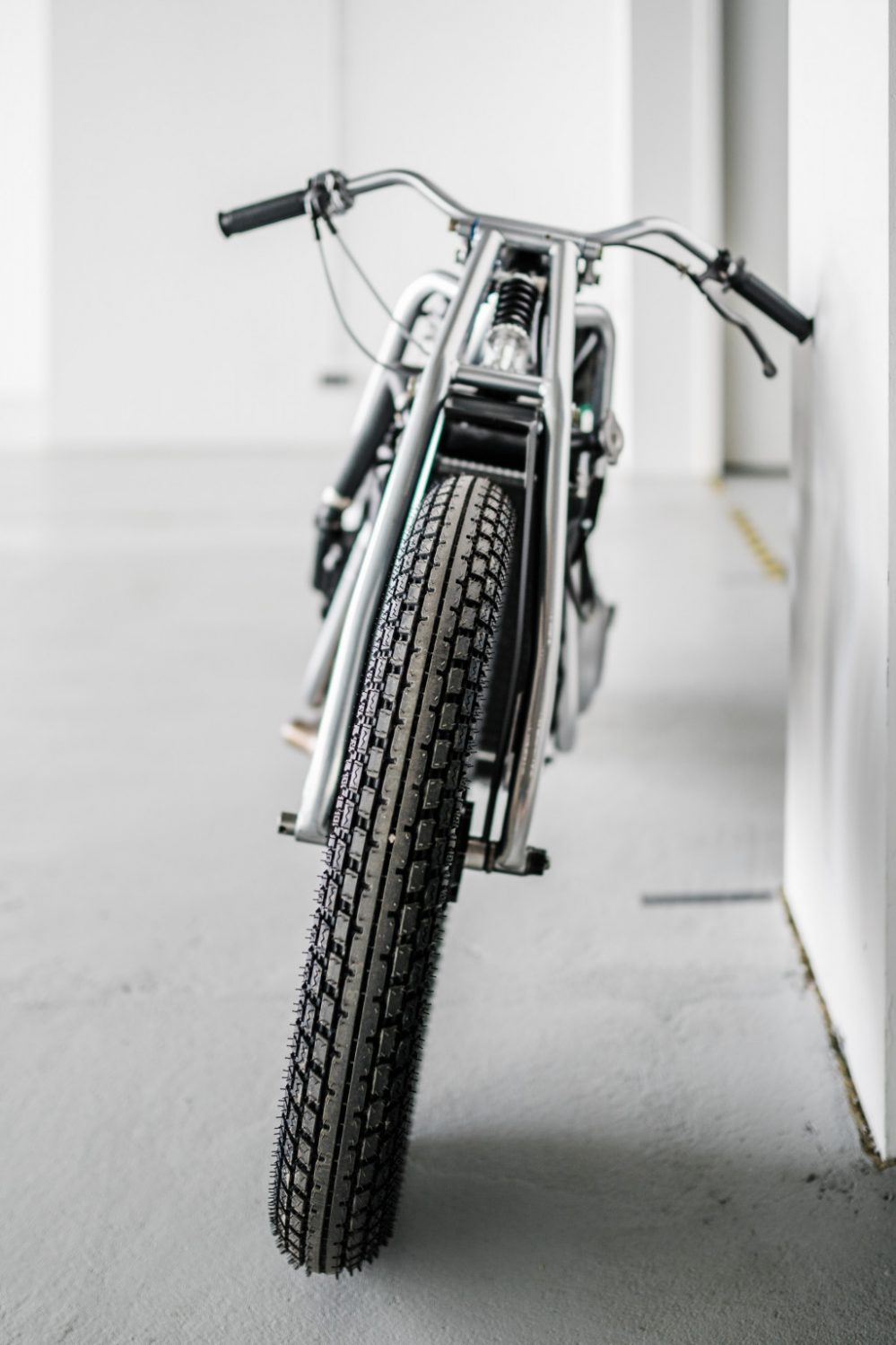 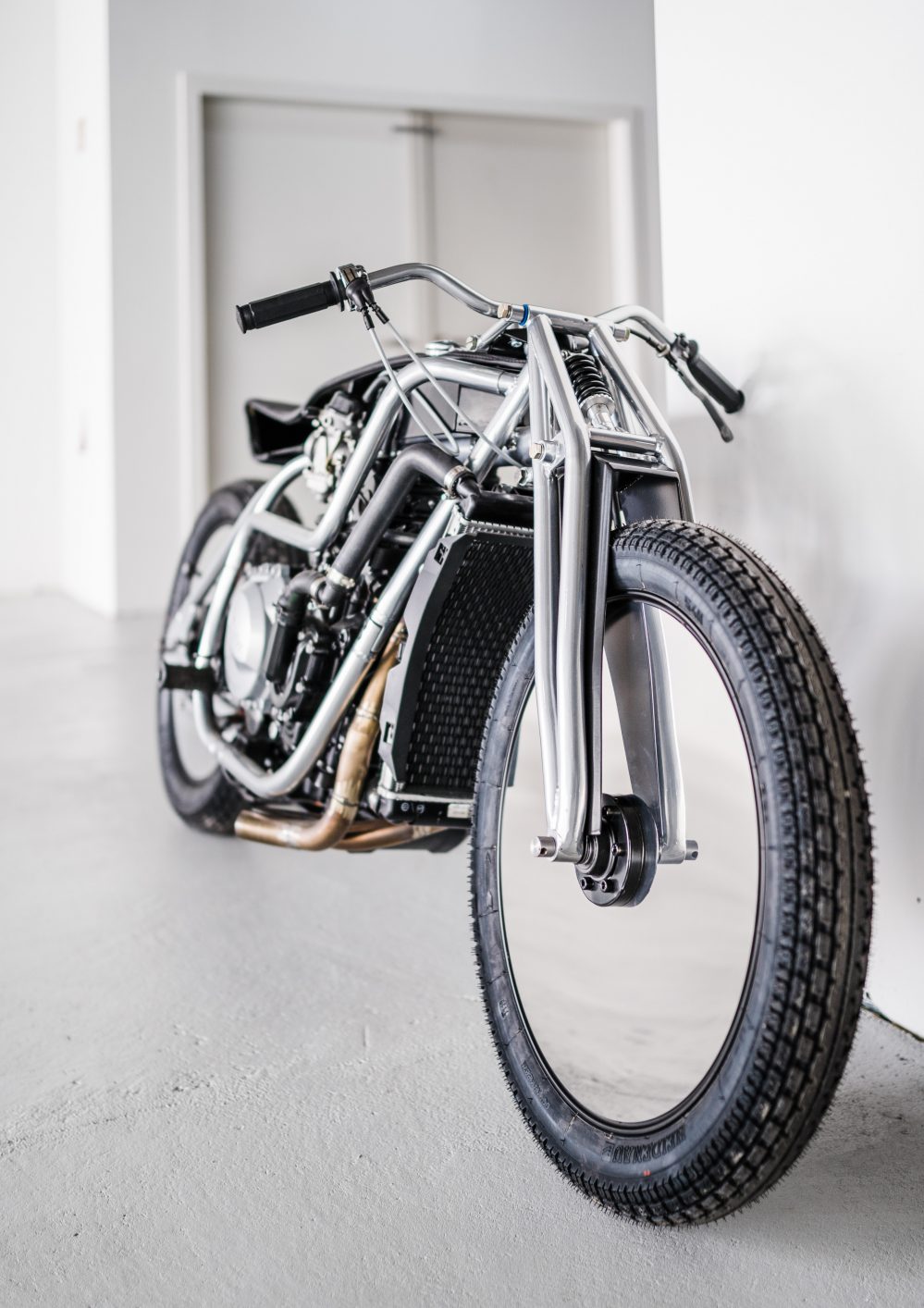 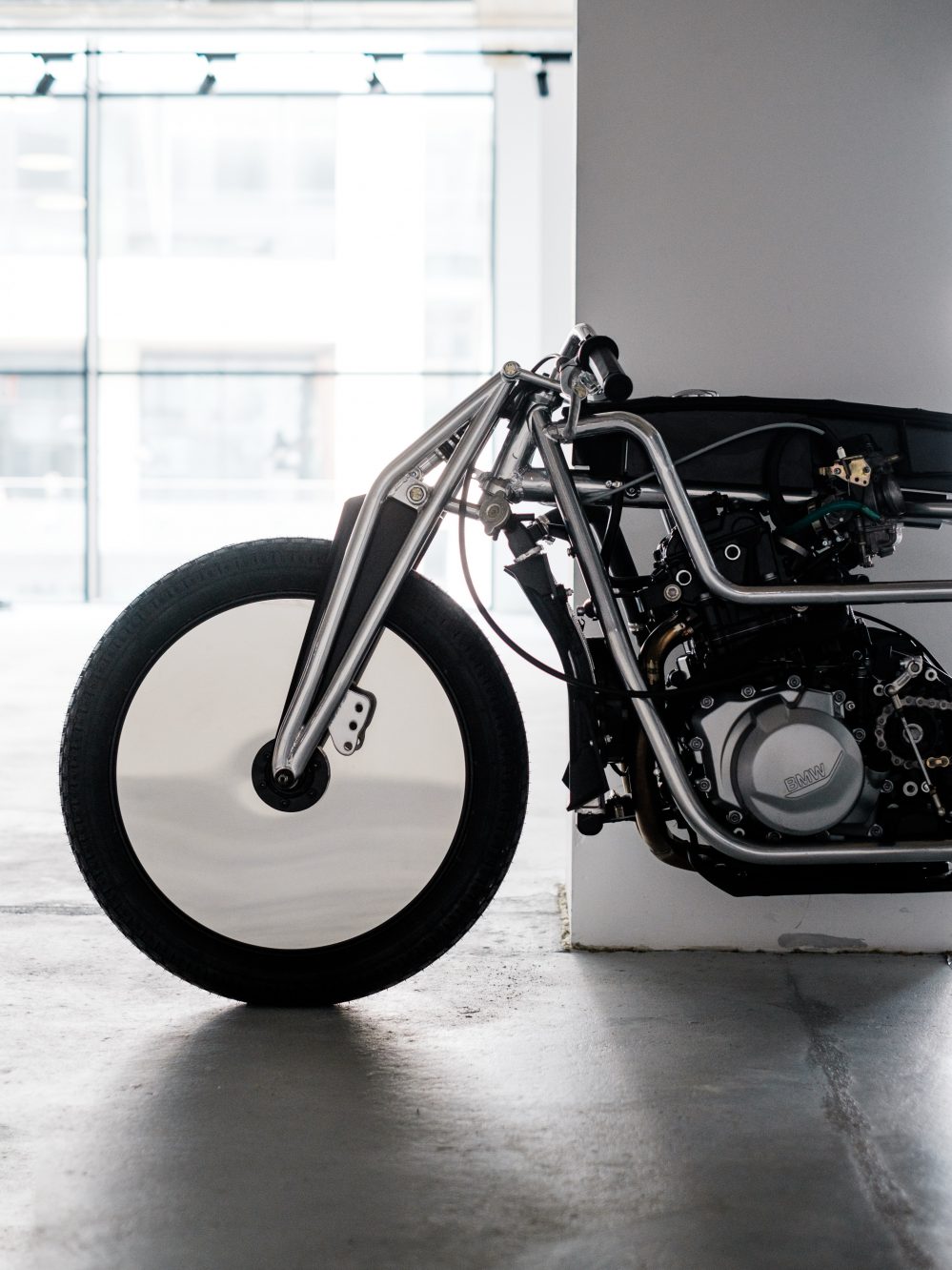 Visually superior, the BMW Motorrad F 850 GS Bauhaus 100 Motorbike from Krautmotors chooses to honour the centennial of the Bauhaus movement with a slim custom build – for which the engine of the BMW F 850 GS, slimmer and lighter than a boxer, is perfect. Such a project comes only once every 100 years, so to build something as a designer in recognition of Bauhaus was a great honour for Krautmotors and they’ve certainly done the art and design movement proud with this highly distinctive looking steed. 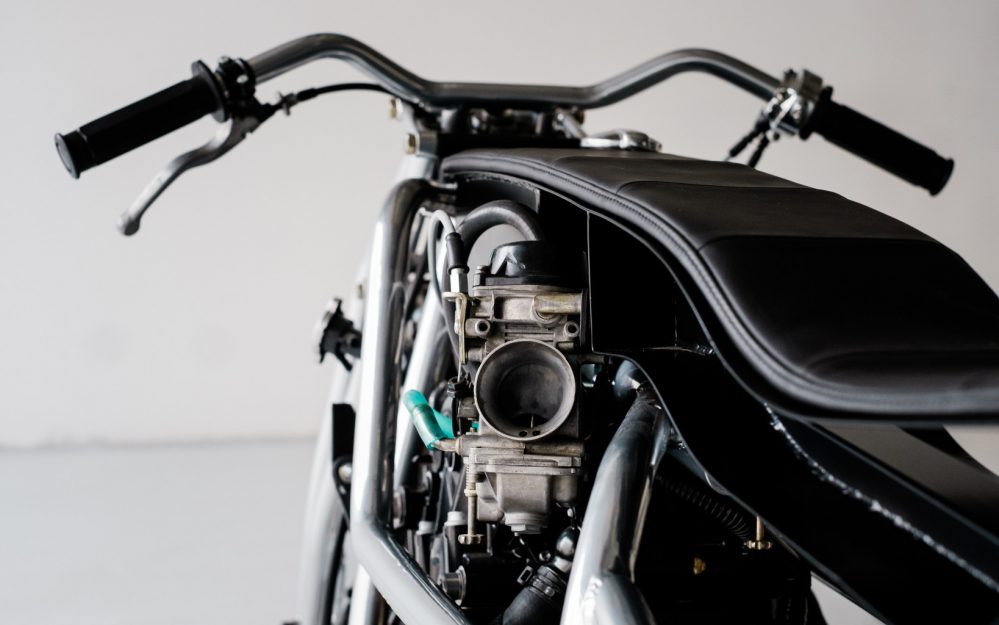 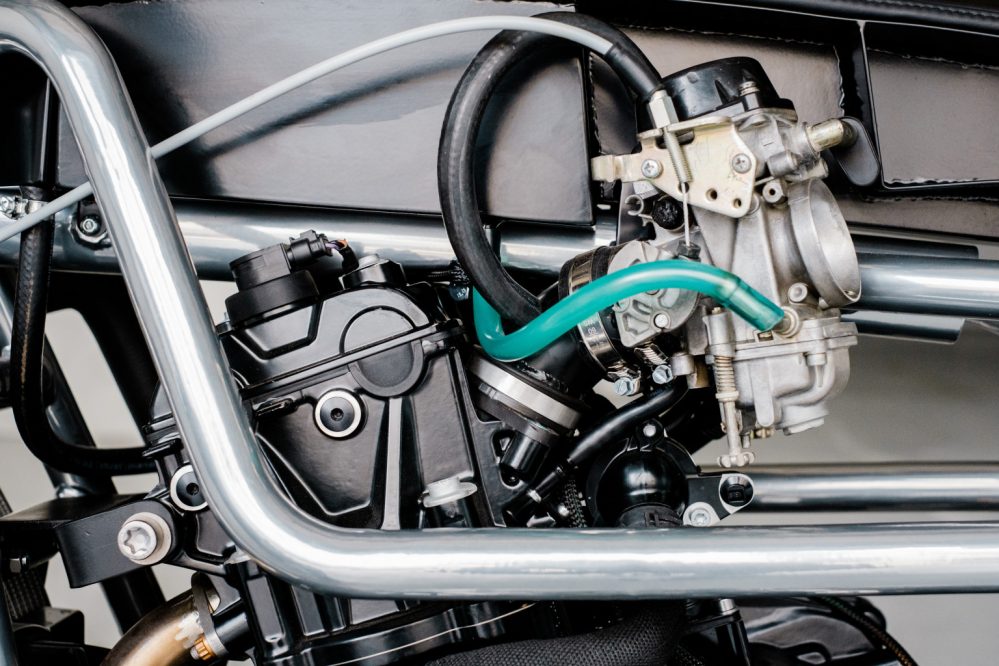 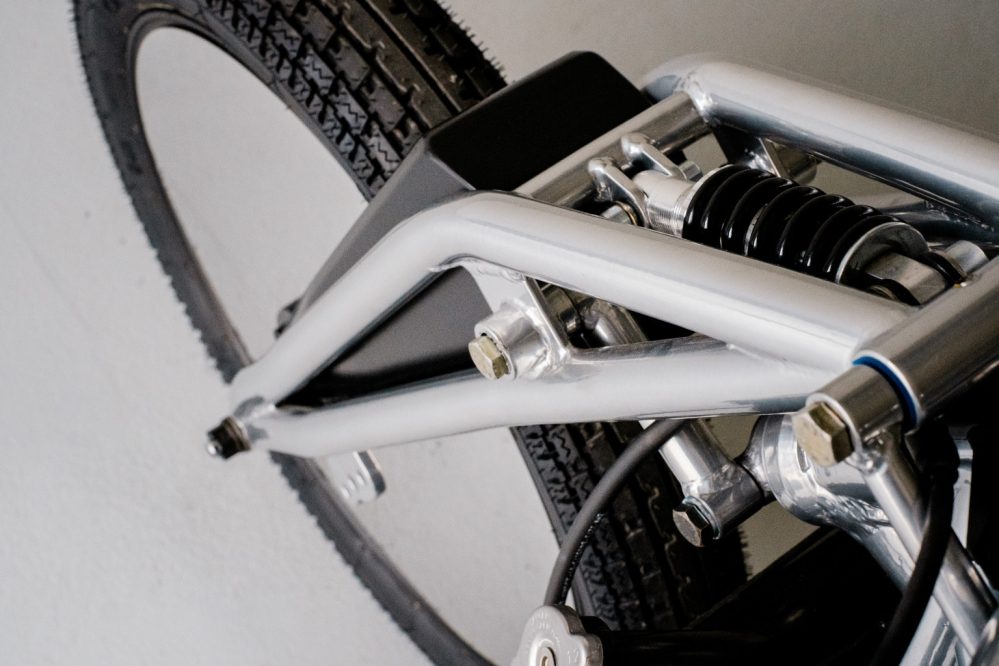 The bike took around six months to complete, with the first conceptual sketches done at Christmas, the official build starting in January and completion in July. Head designer at Krautmotors, Rolf Reick, begins with sketches on paper, which he then digitally renders before laying hands on the motorcycle and this is a process which works wonderfully well so far as the finished product is concerned, as you can plainly see.

There is a real attention to detail in the build of this magnificent looking beast and the BMW Motorrad F 850 GS Bauhaus 100 Motorbike rekindles the tradition and flair of the BMW /5 models. In doing this, the roadster combines the classic vintage appeal of its historic archetype with innovative contemporary performance and technology – now as then with the longitudinally installed air-cooled 2-cylinder boxer engine – which has been established for more than nine decades – and with power transmission via universal-shaft drive. 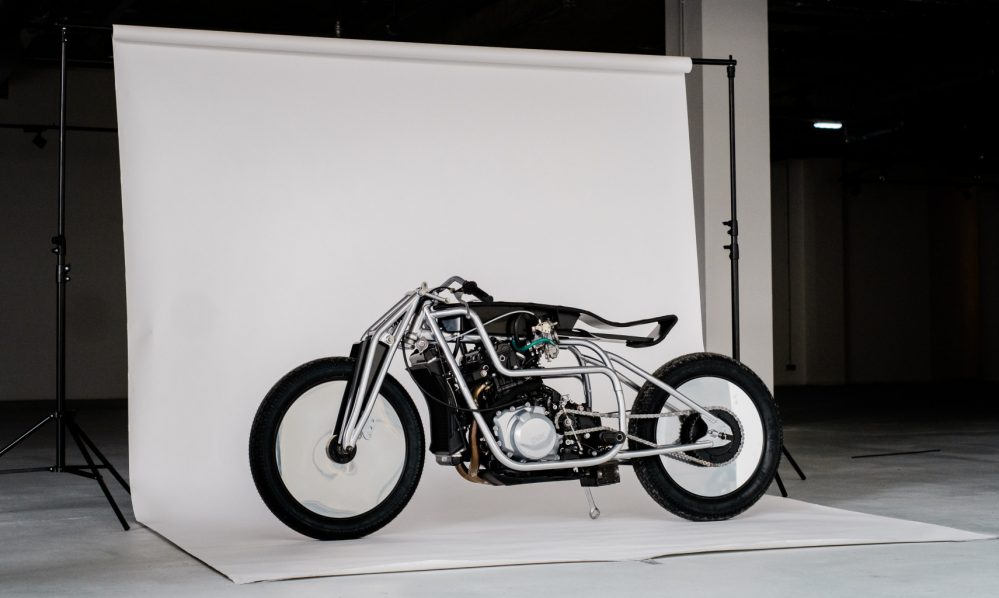 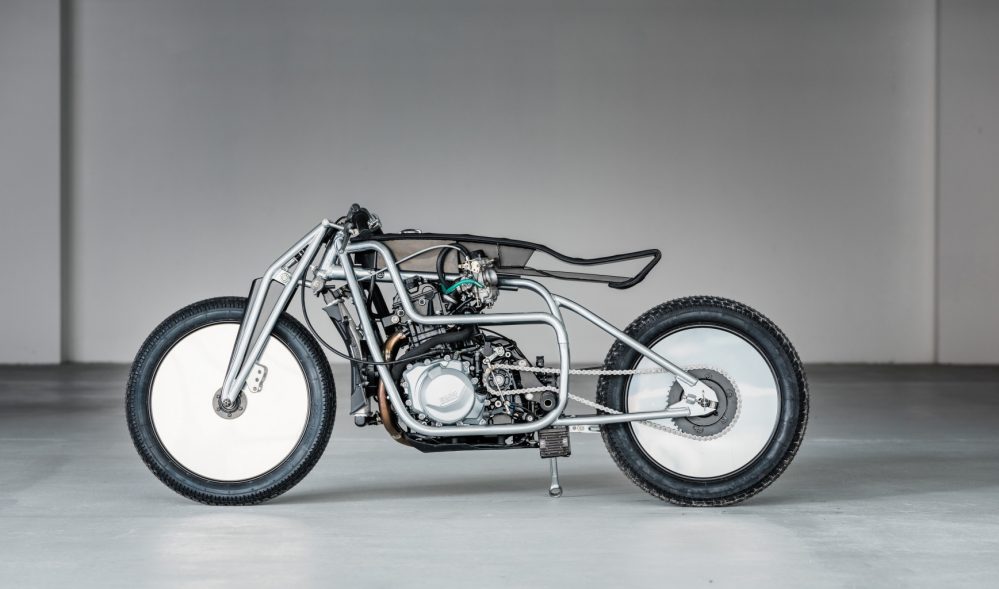 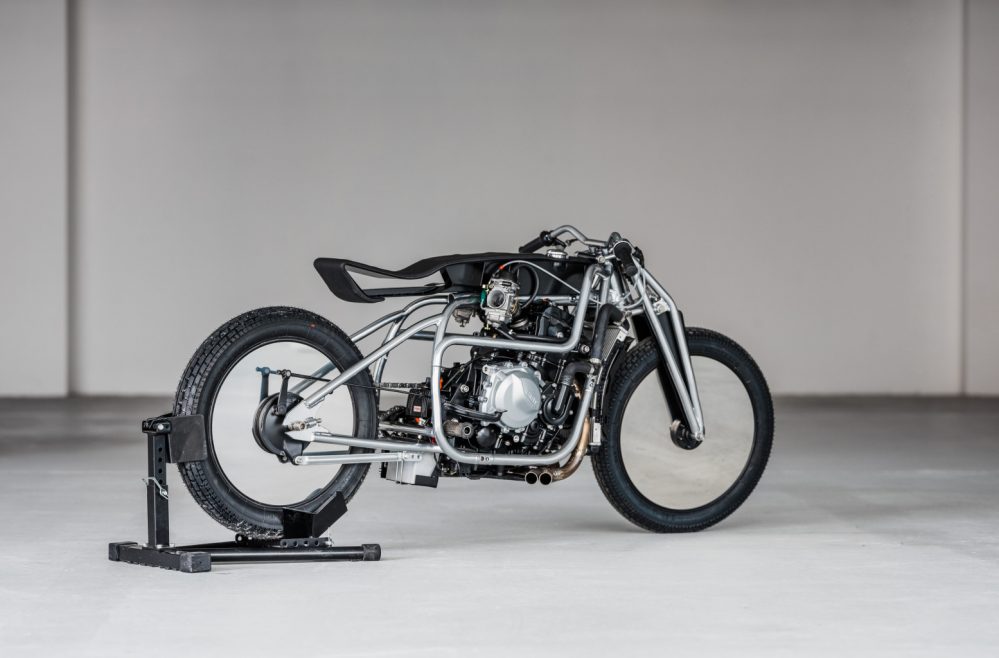 Boasting a lot of custom built components that are made by hand, the bike, though fully functional, is primarily designed as an exhibition vehicle. Krautmotor’s passion for racing however, means that the “Bauhaus 100” will make its racing debut at the StarrWars race, a pure acceleration competition, and at the Starr dirt, the oval sand track at the “Neudeutsch Flat Track and we’re in little doubt that it will excel here at Coolector HQ.