Adventure is something that is calling even louder in the autumn months when the wilderness and great outdoors reach the aesthetic zenith and in order to make the most of this, finding the right adventure equipment is a must. With this in mind, it’s hard to look beyond the BRS Offroad Sherpa Camper which is one of the most robust and uncompromising machines we’ve encountered here at Coolector HQ.

The BRS Offroad Sherpa Camper boasts game-changing style and visuals, and it has brought with it a new approach to offroad camping that will see you tackle even the most demanding of terrains and locations. With as little as a click of a button you can work your way into the main heated sleeping cabin, and then its just a question of unclipping the Alucab rooftop tent for the kids, whipping out the awning, and you’re good to go for a night of camping under the stars.

Once you’ve got your sleeping arrangements set up for the evening and dinner is cooking on the integrated dometic two burner alcohol cooktop, you turn your attention to unclipping the drop down shower pod and firing up the diesel water heater for a late night shower in the heart of the wilderness. It comes equipped with a 21 inch LED TV in the main cabin so you can enjoy some of your favourite films and TV after a long day of exploring some stunning roads and country. 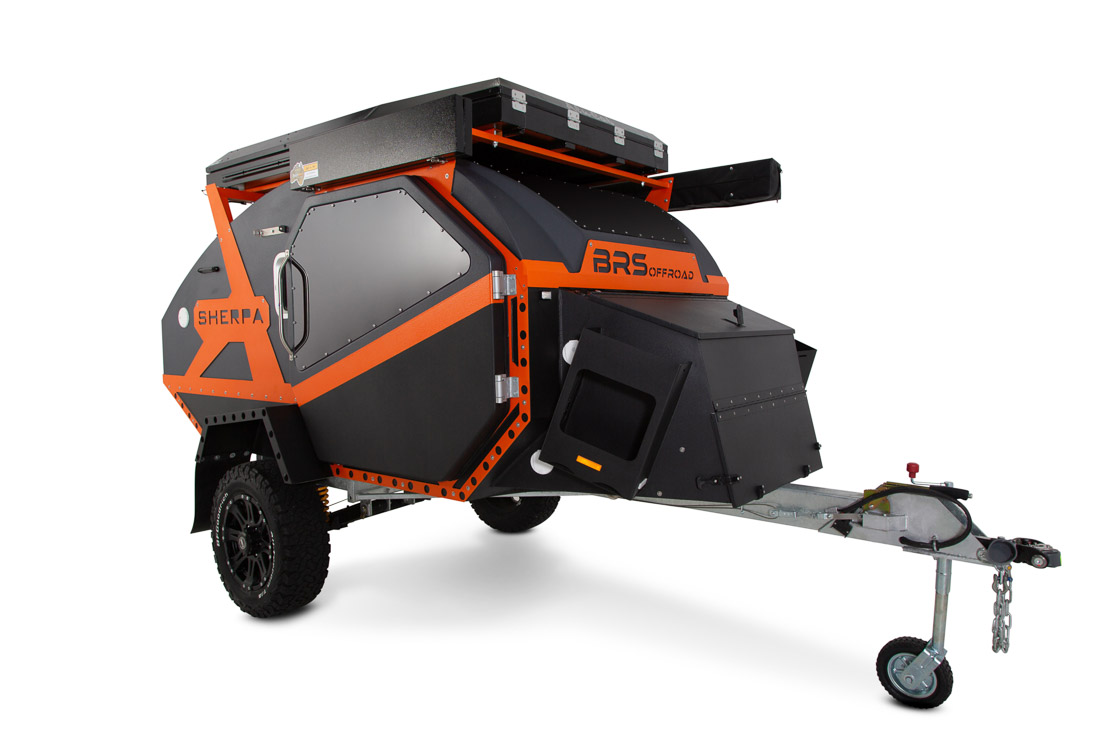 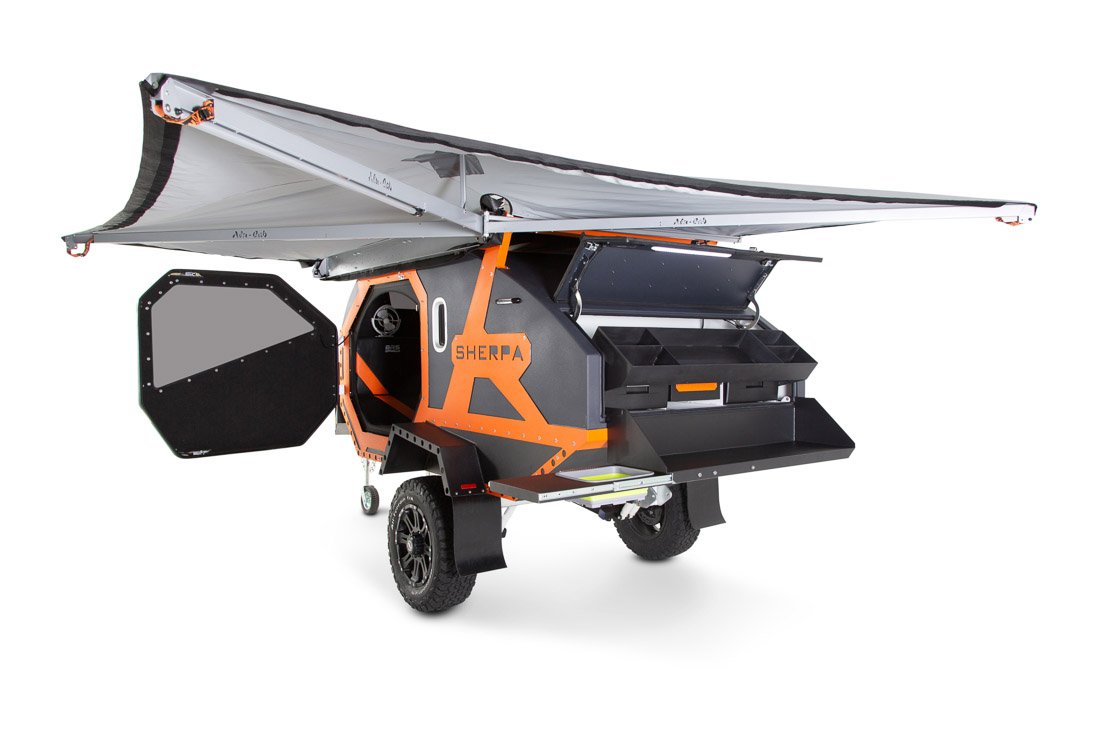 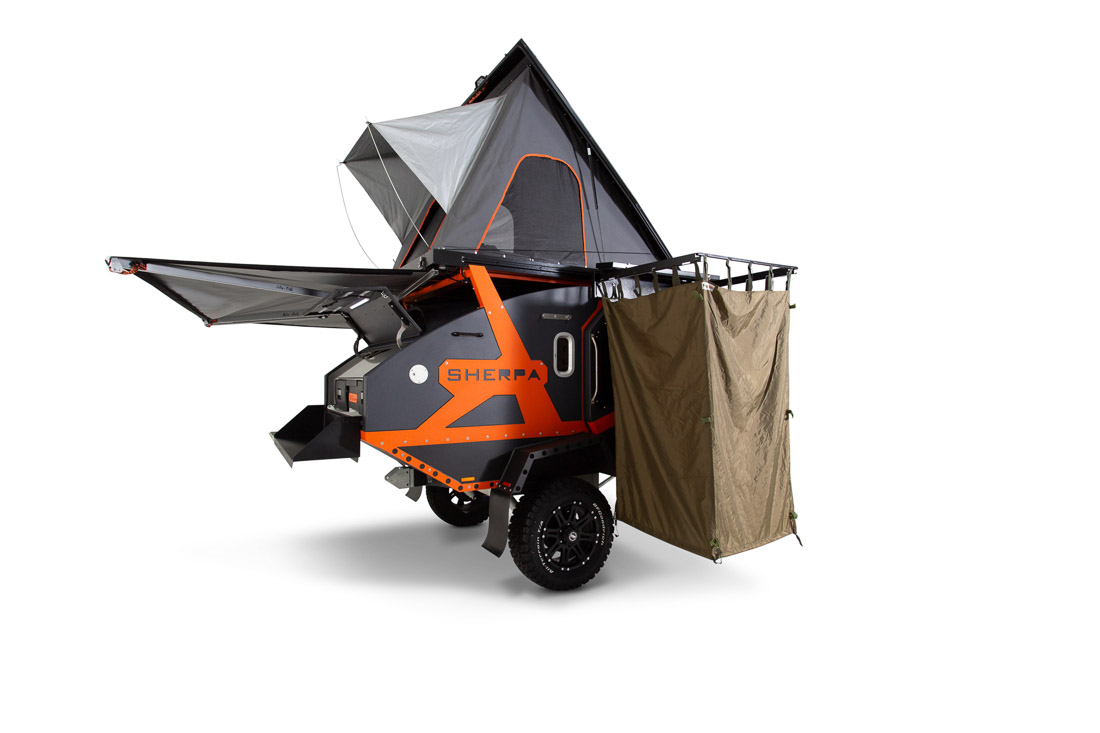 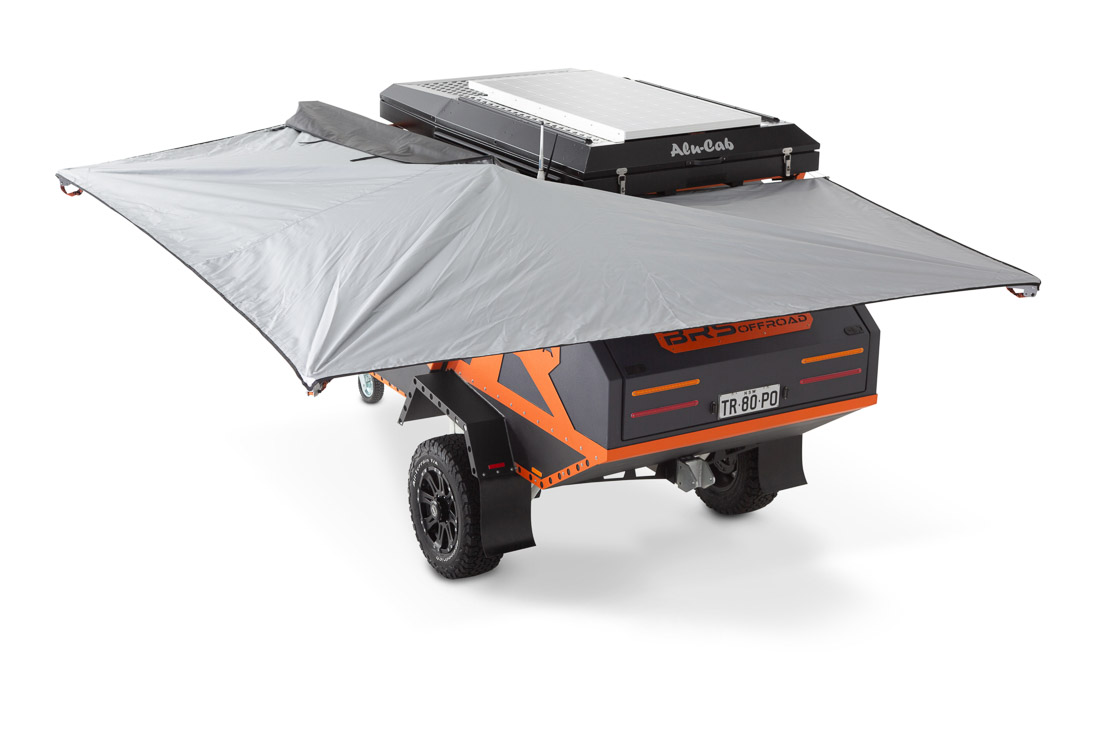 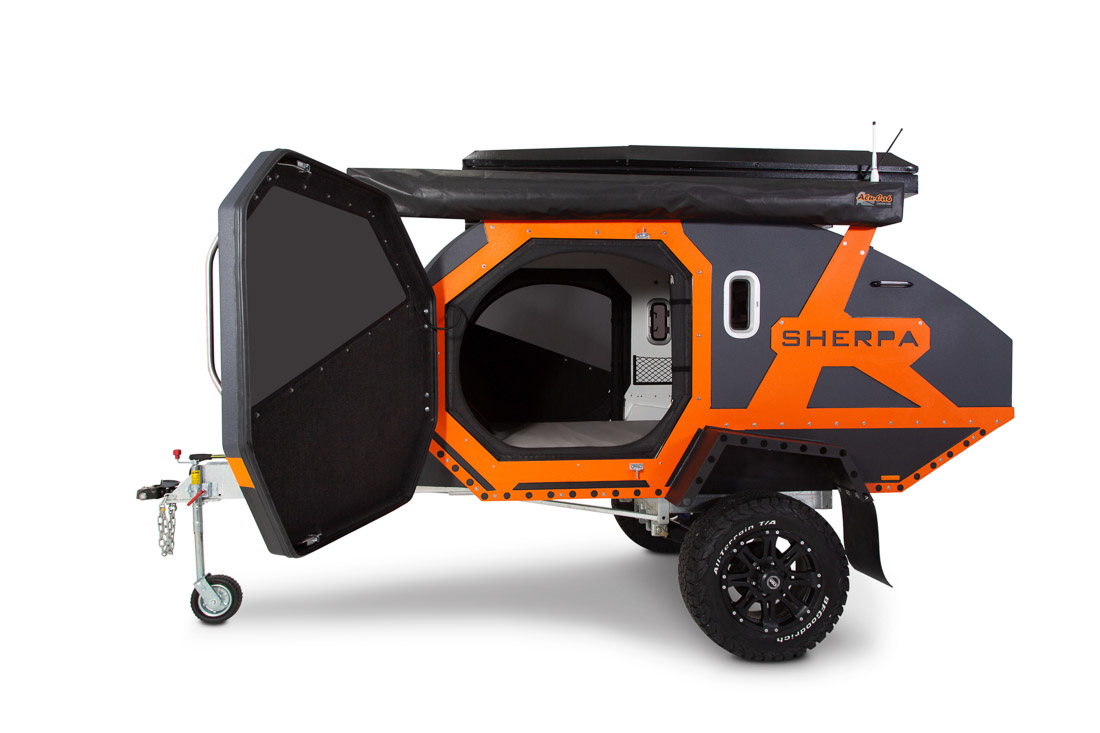 Cooking with the BRS Offroad Sherpa Camper is extremely straightforward as the kitchen delivers plenty of fridge space with two 30l domestic fridge draws to keep the food nice and fresh and all your craft beers cold and crisp. There is a effortless fold-down bench which lets you quickly access your pots and pans to start cooking up a storm of your favourite wilderness snacks. There is also a slide out, pop-down sink that can be used for washing up all the dirty dishes when you’ve finished your outdoors culinary masterclass. 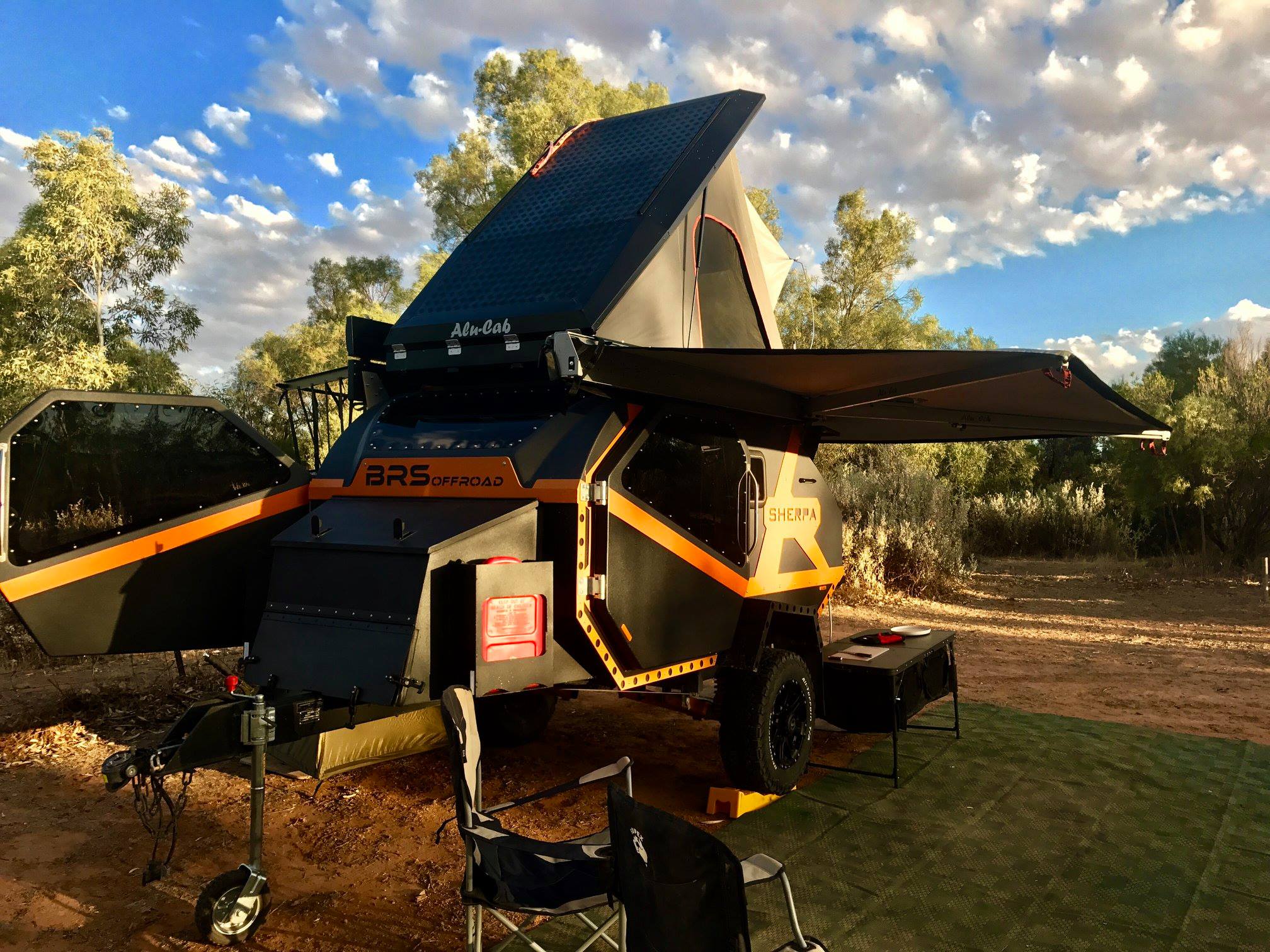 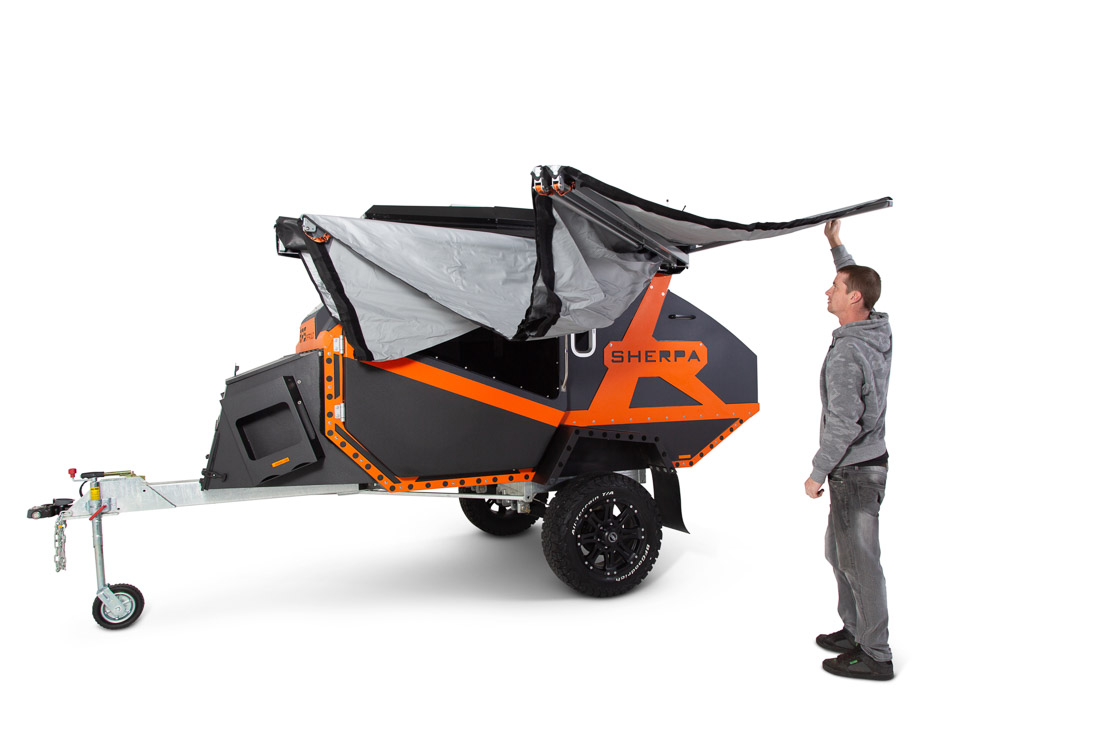 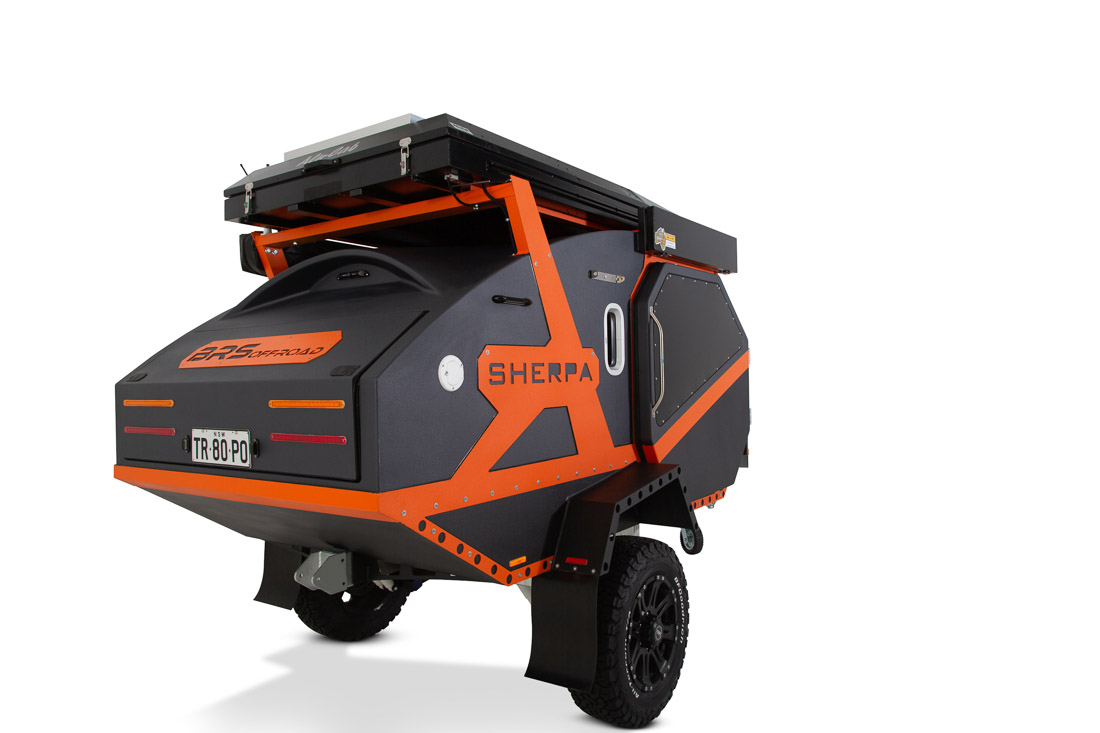 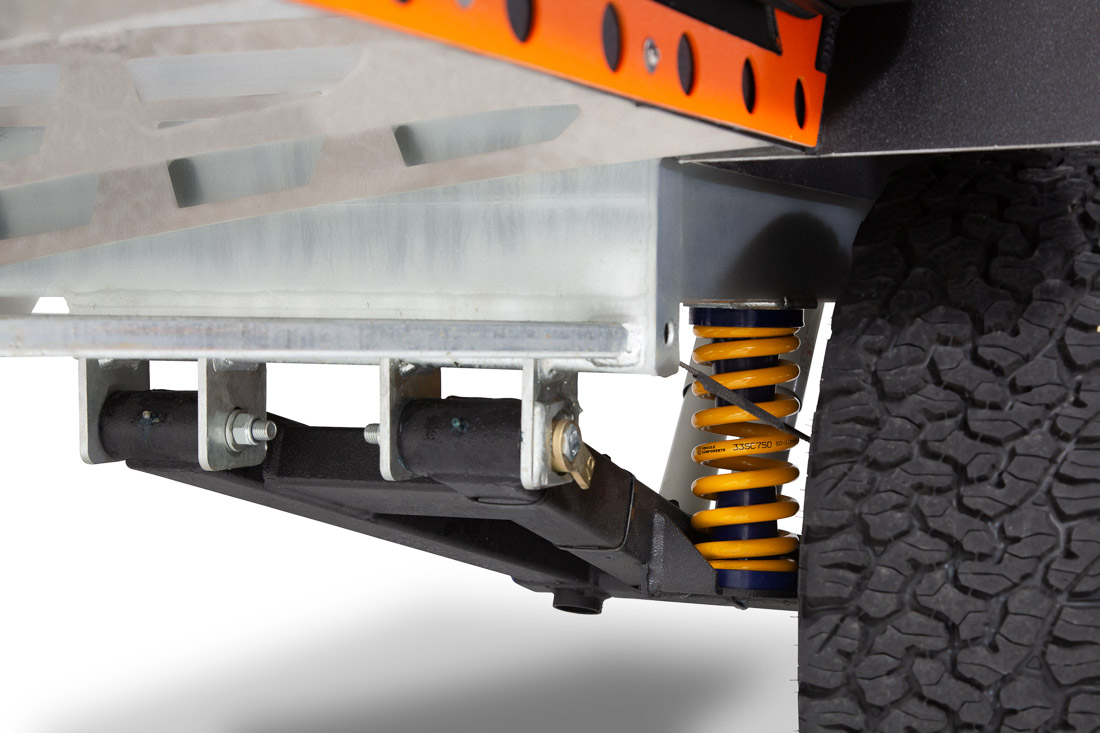 The BRS Offroad Sherpa Camper has class-leading ground clearance, arrival and departure angles, which when combined with the Cruisemaster suspension really does make the Sherpa Camper a real home away from home that boasts unparalleled comfort and performance. It’s uncompromising design means it will take you anywhere you want to go and it is in a class of its own in the robustness and durability departments.

One of the best things about the Sherpa Camper from BRS Offroad is how close to nature it gets you. This cracking camping accessory has a stargazing window so when you’re falling to sleep after a hard day of trekking, you can look out through it for uninterrupted views of the starry sky at night. In addition, you’ll also discover on board a 200L water bladder, 2 x 12-volt outlets, reading and cabin lights, cabin heating and even much needed fans for those warmer nights in the heart of summer. 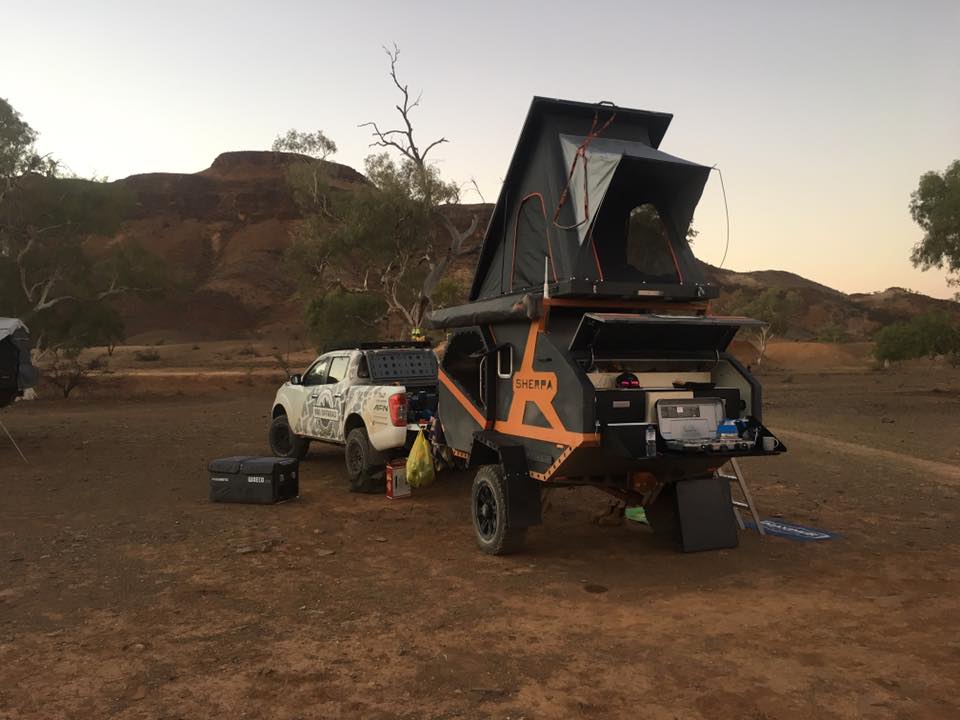 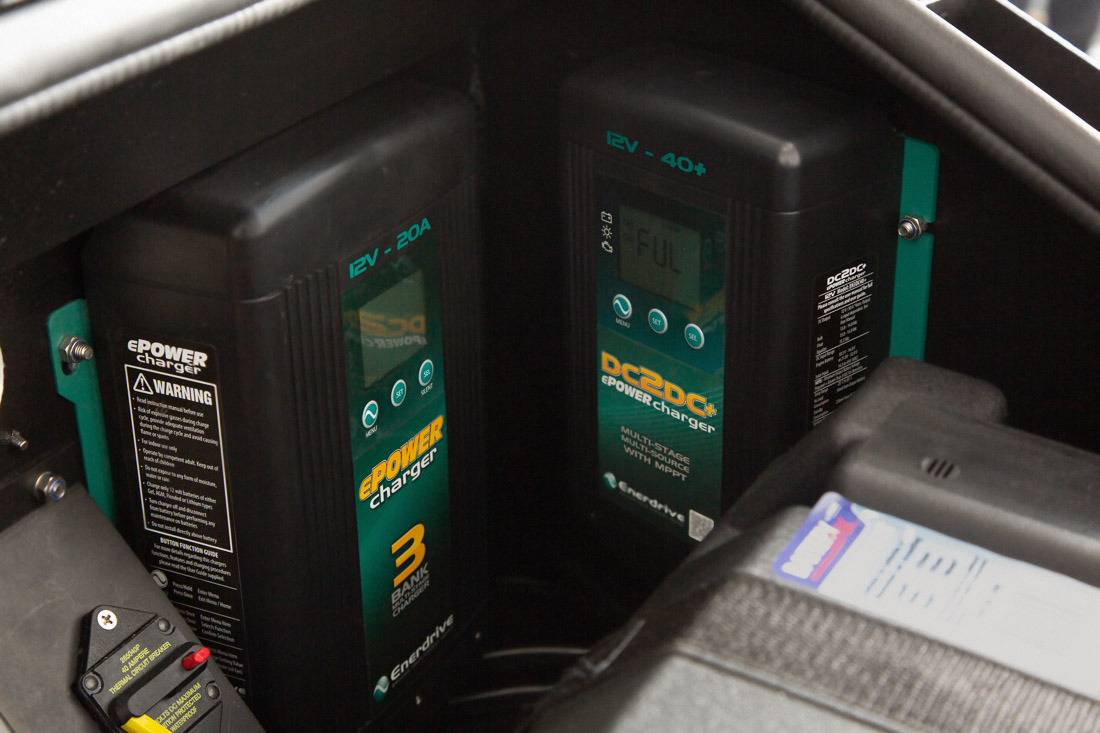 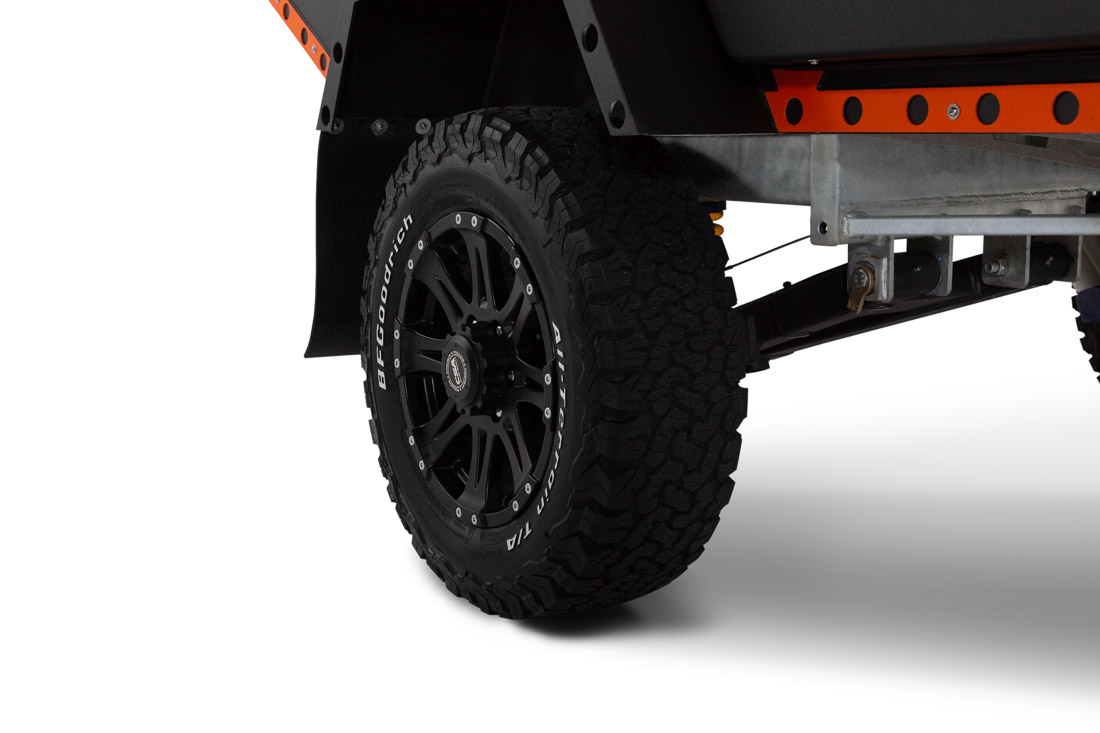 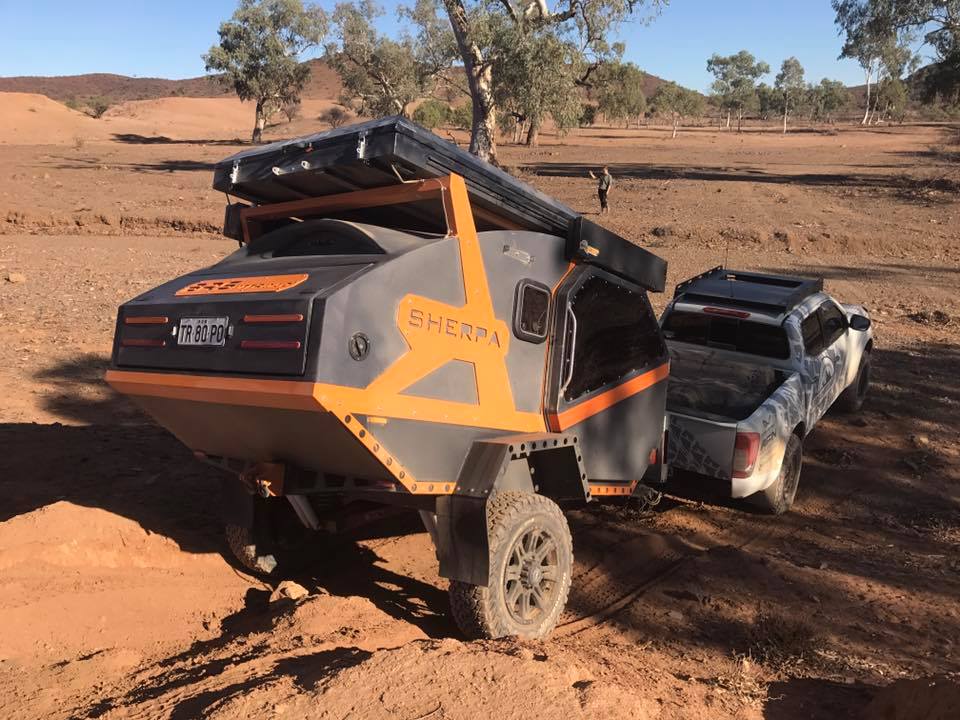 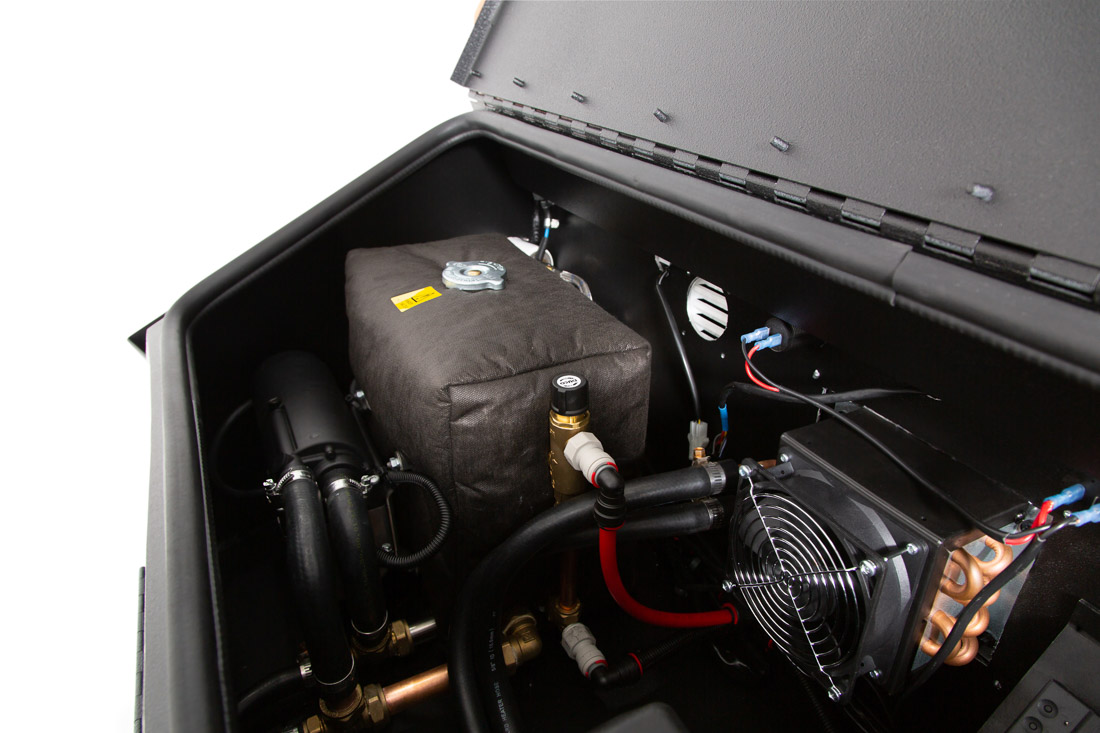 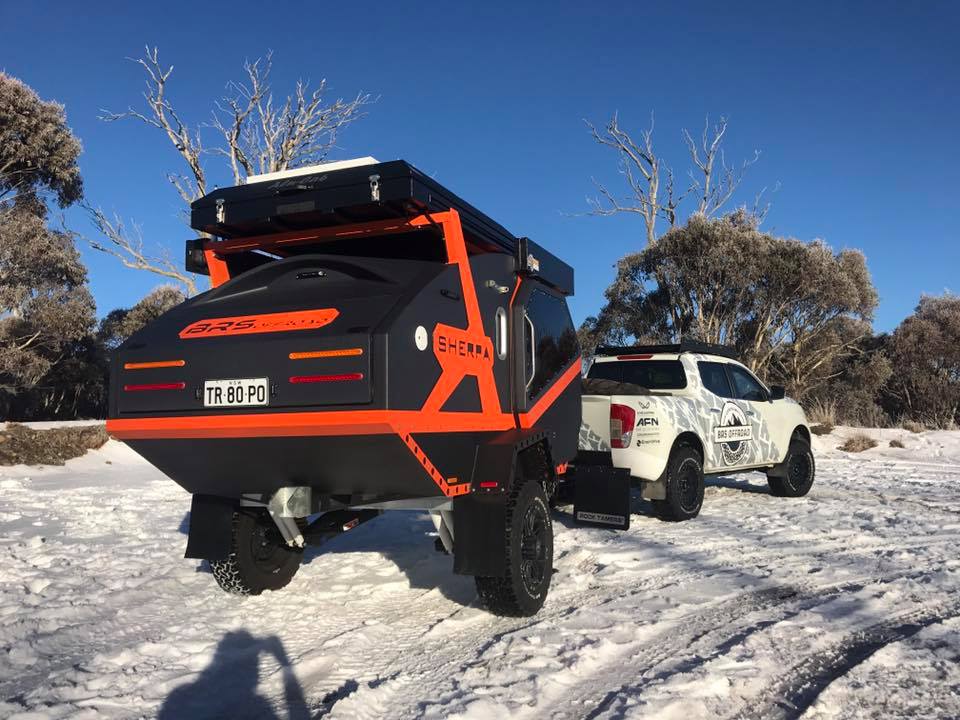 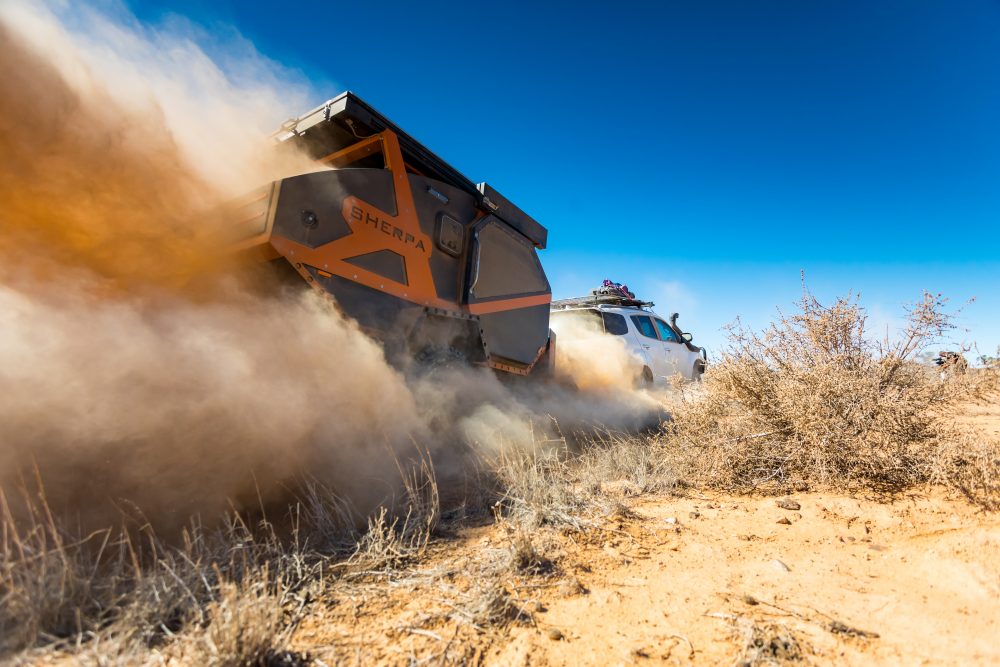 Crafted to offer the ultimate in off-grid performance, the BRS Offroad Sherpa Camper has got some fine materials and craftsmanship throughout that ensure its performance out in the wild is always second to none. Weight in at just 55kg, the top cone is a composite panel which is made up of honeycomb core rather than RTMX. Measuring 20mm in total thickness a super lightweight but extremely strong structure giving the Sherpa its distinctive shape. A must for any outdoor adventurer looking to hit the road this autumn.