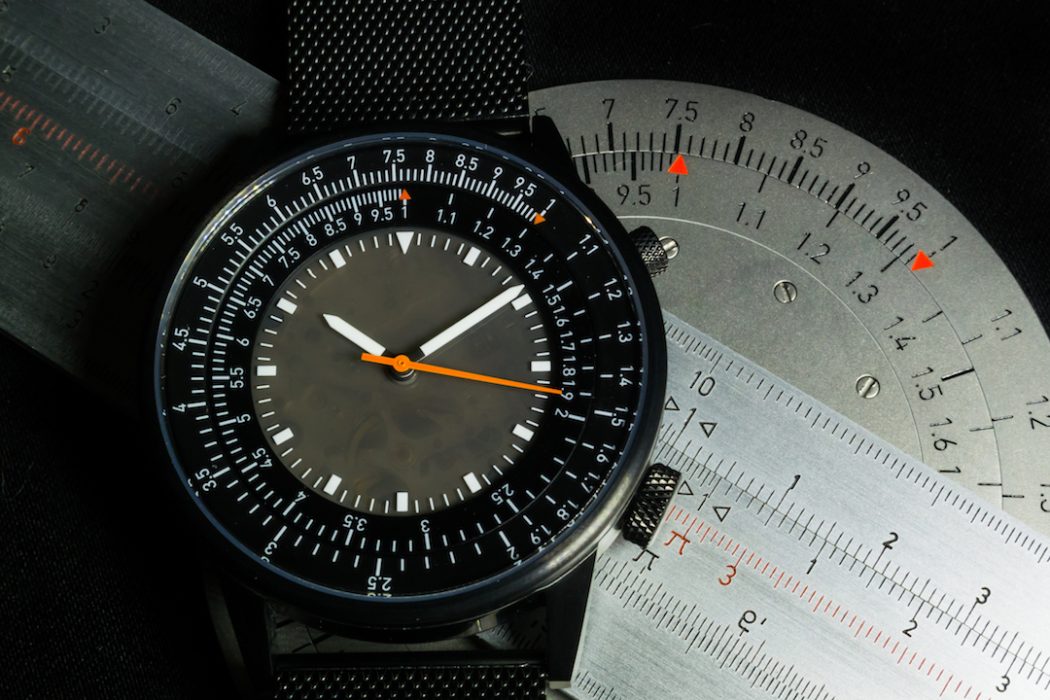 Watches are, first and foremost, an instrument of time of course but that doesn’t mean to say they can’t offer additional functionality for the wearer and there are few better examples of this than the great looking and super versatile Caliper Slide Rule Watch which is funding over on Kickstarter as we speak as not only is it an attractive timepiece in its own right, it also includes an integrated slide rule and a separate circular steel slide rule. 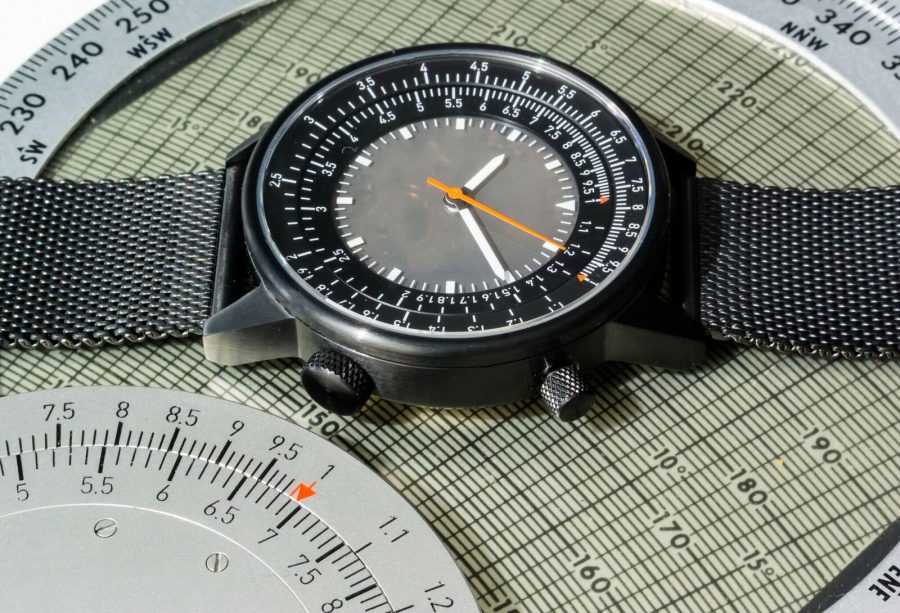 The Caliper Slide Rule Watch is a mechanical timepiece which is going to appeal to the handy amongst you because of the extra dimension of functionality that it delivers to the wearer. Taking its design inspiration from the measuring instruments utilised by mid 20th century designers, this eye-catching accessory has the dual benefit of being both a great looking accessory and a functional tool to boot. A fine example of a win, win in our book here at Coolector HQ.

Of all the functionality that a watch could offer, a measuring device is probably amongst the most useful and the Caliper Slide Rule Watch delivers this versatility in an aesthetically appealing way that will set it apart from the crowd. It  combines a self-winding mechanical timepiece with a real iconic and essential piece of pre-electronic apparatus: the slide rule. In doing so, you get a watch that doesn’t just add a visually impactful accessory to your wrist but will also allow you to make rudimentary measurements where required. 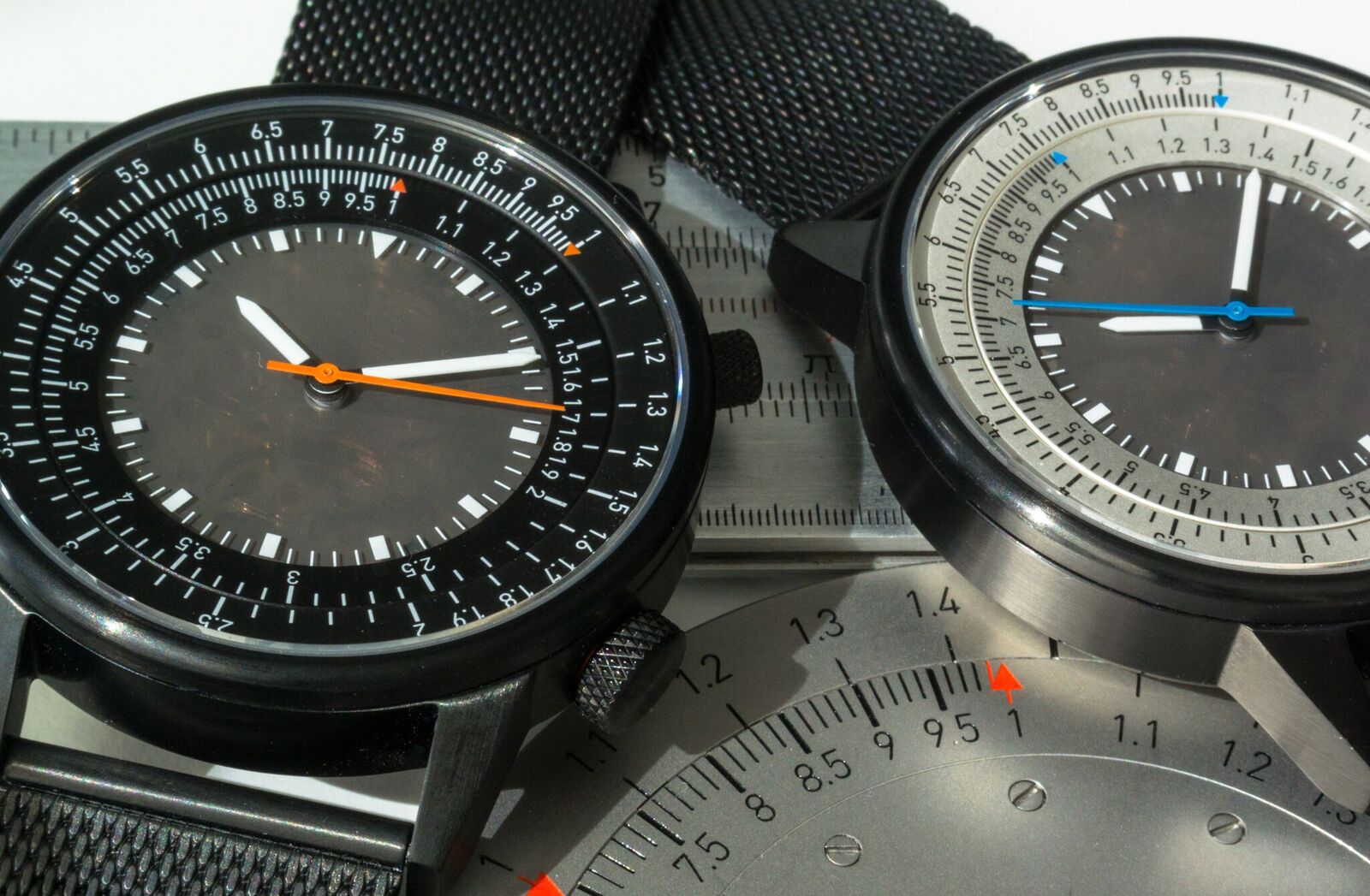 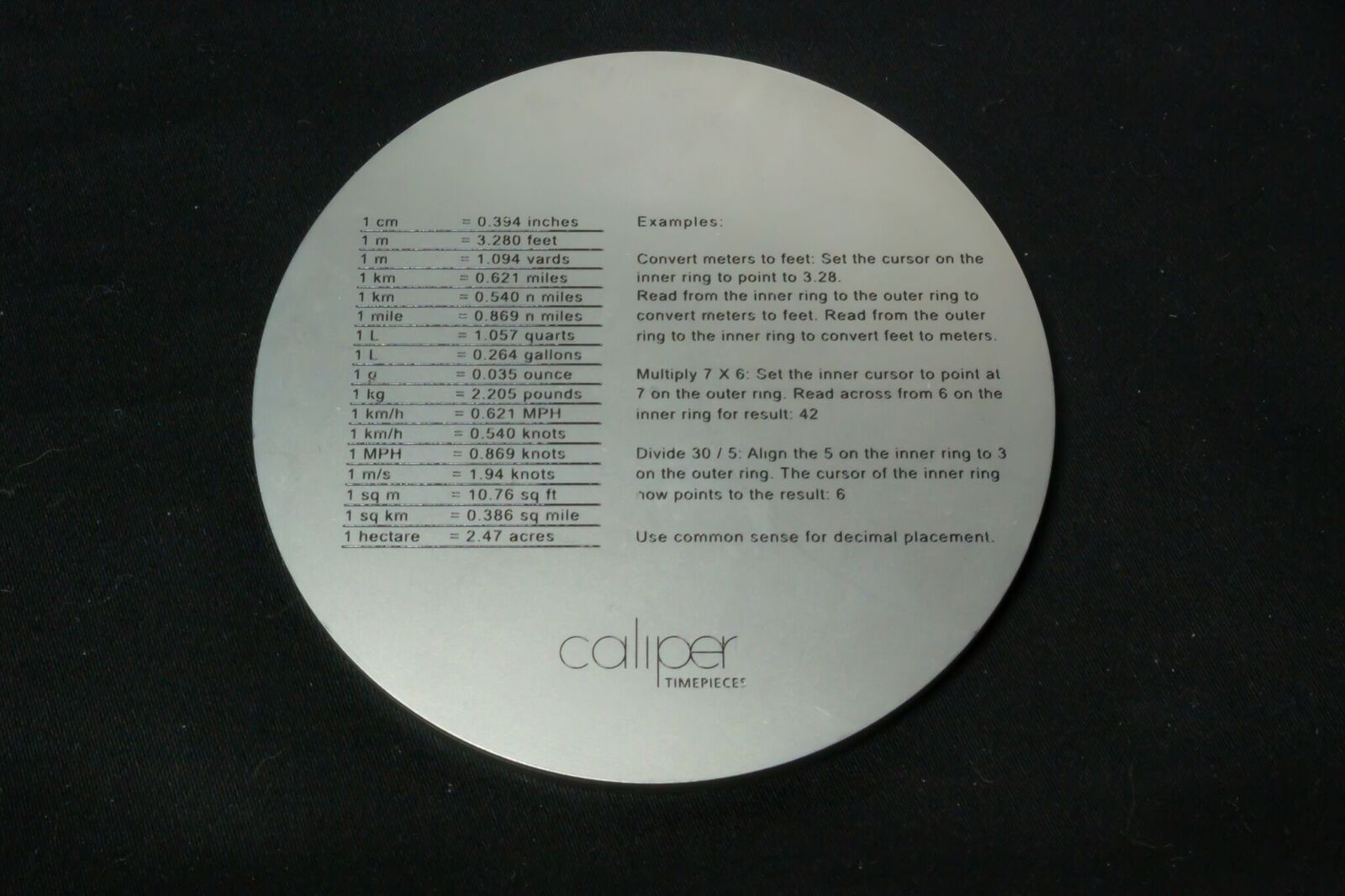 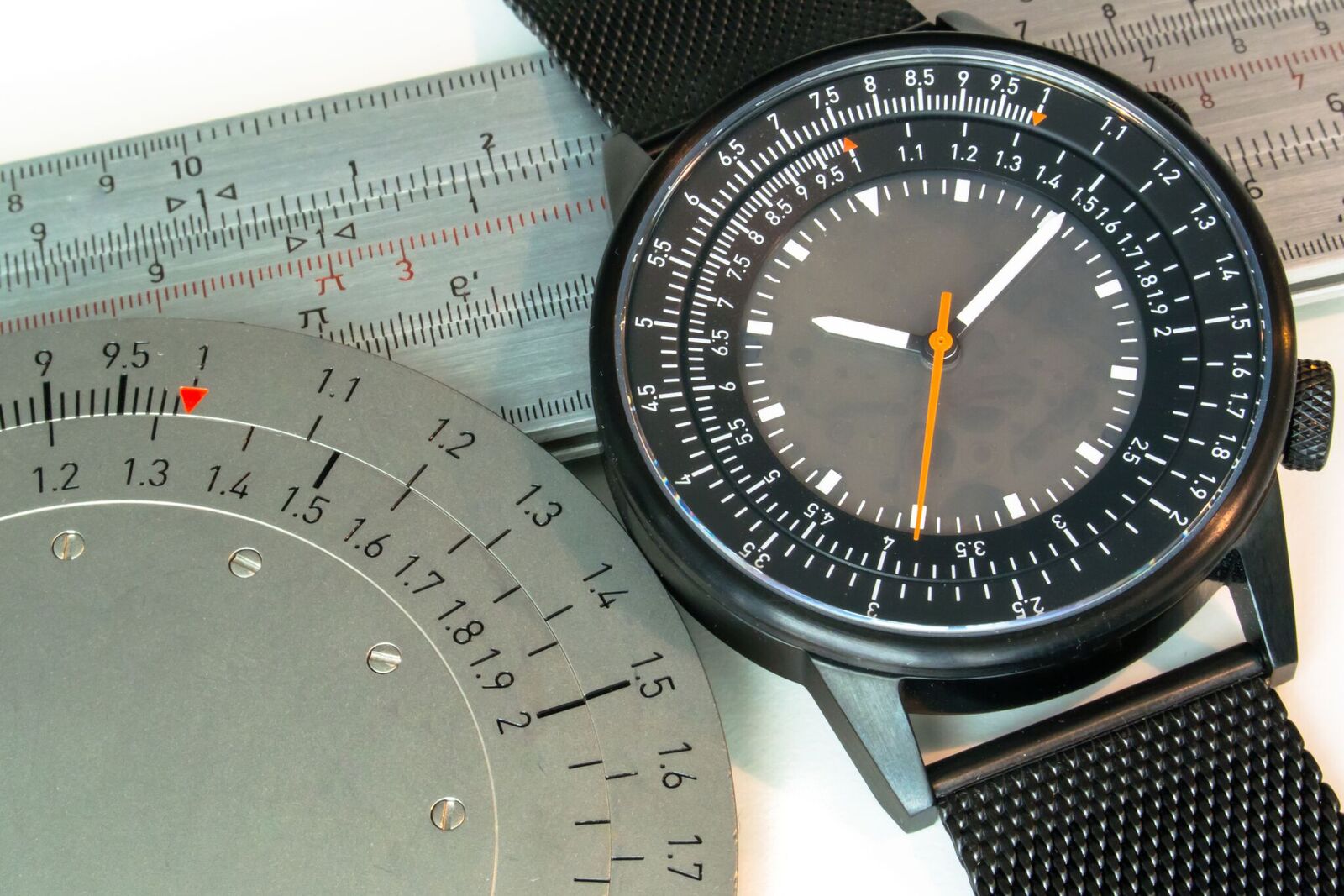 The Caliper Slide Rule Watch comes replete with a 3 inch (8 cm) circular steel slide rule which is more than enough to make simple measurements as and where you need them. In order to make sure you can fully capitalise on both the slide rules available with this cracking timepiece, they come with instructions on how best to use them. Because, truth be told, the use of a slide rule has increasingly become a lost art and few men today are going to be au fait with its usefulness. 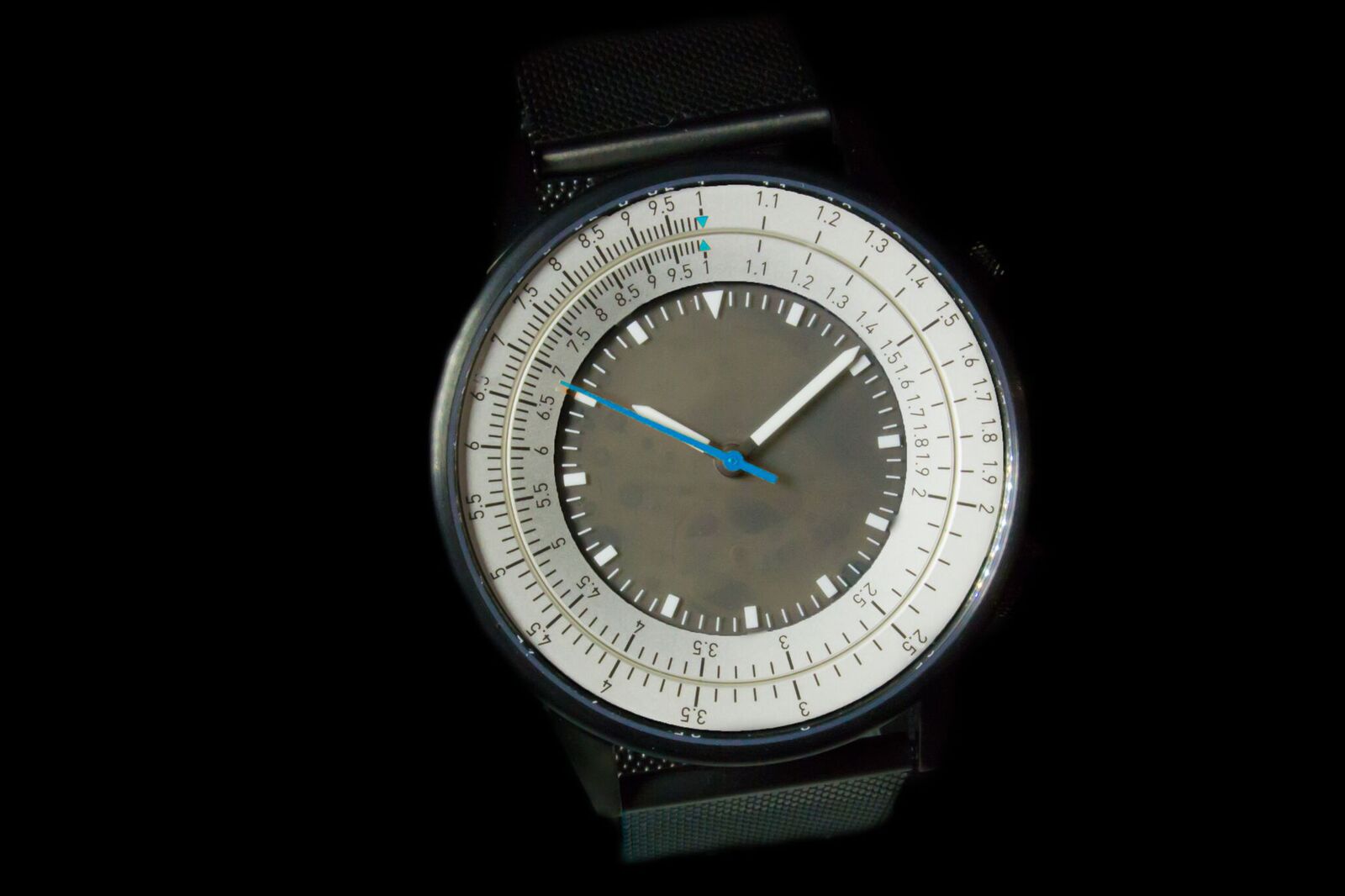 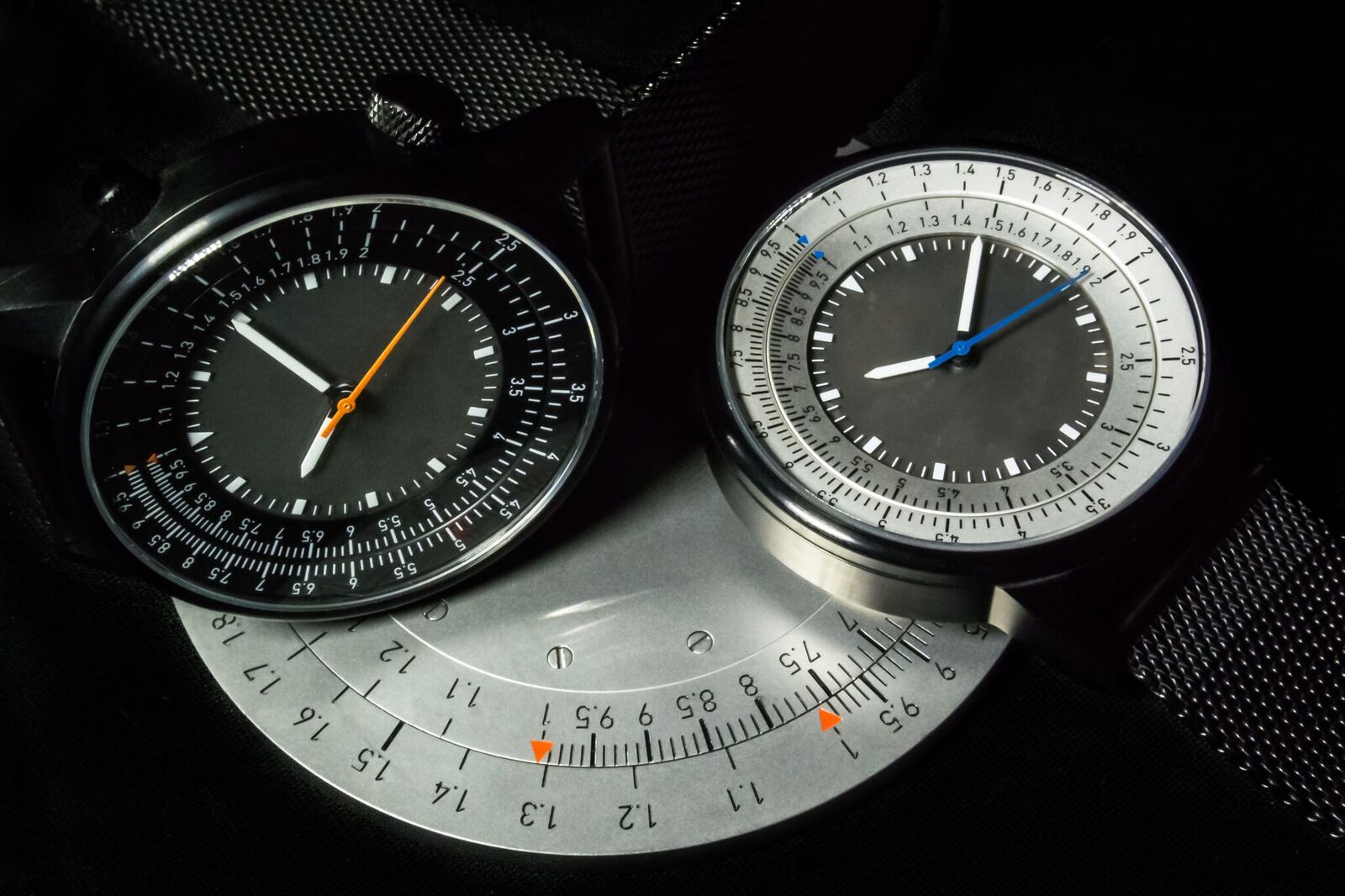 As you might expect from a timepiece of this nature, it is in the technical areas that it truly excels and the Caliper Slide Rule Watch has a Japanese made Miyota 82S0 movement which is self-winding. It is a reliable and well-regarded movement used in a large number of timepieces and one of the key feature of this type of movement is that it has an ‘open heart’ – the balance wheel and escapement are visible from the front. 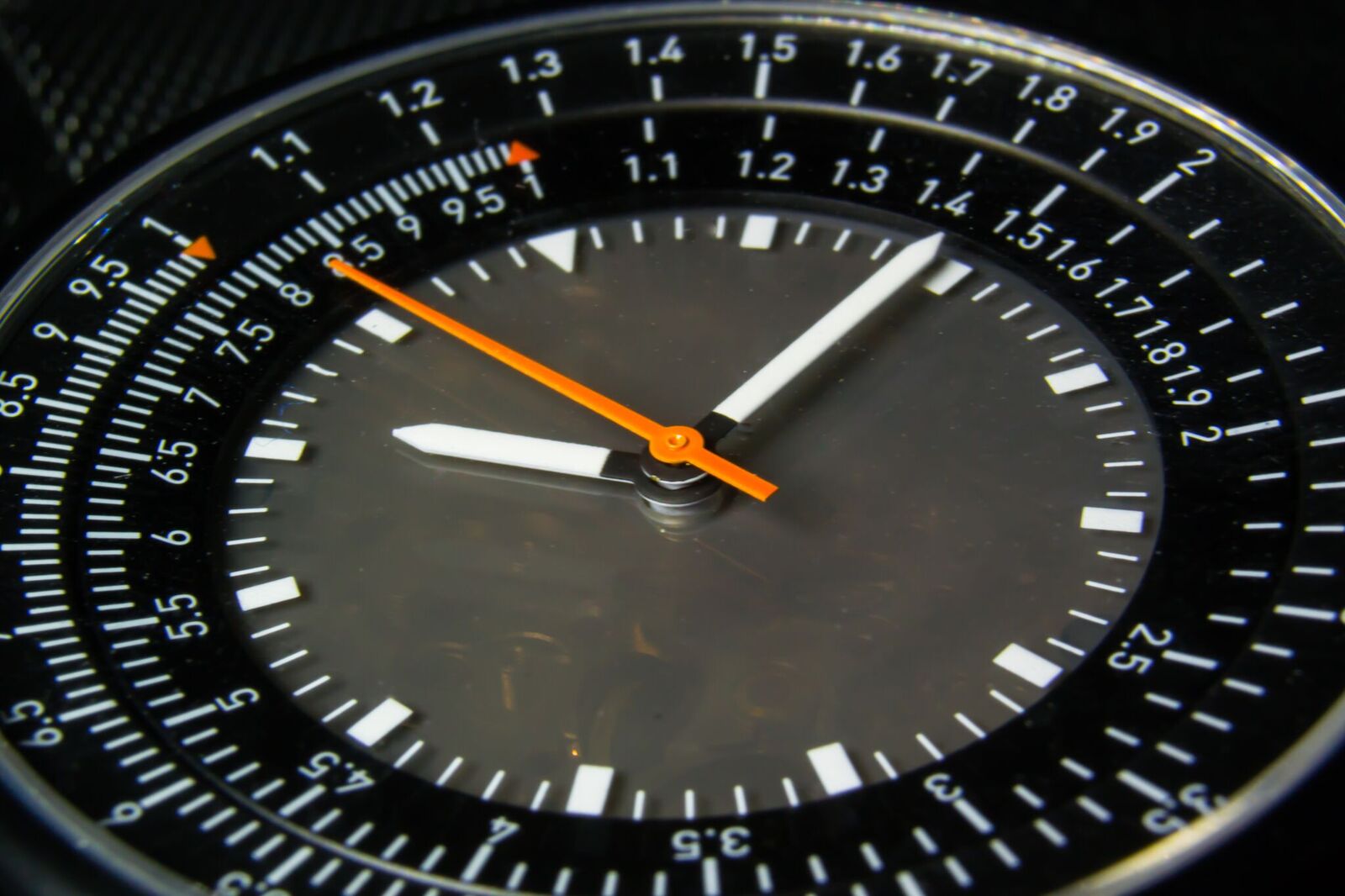 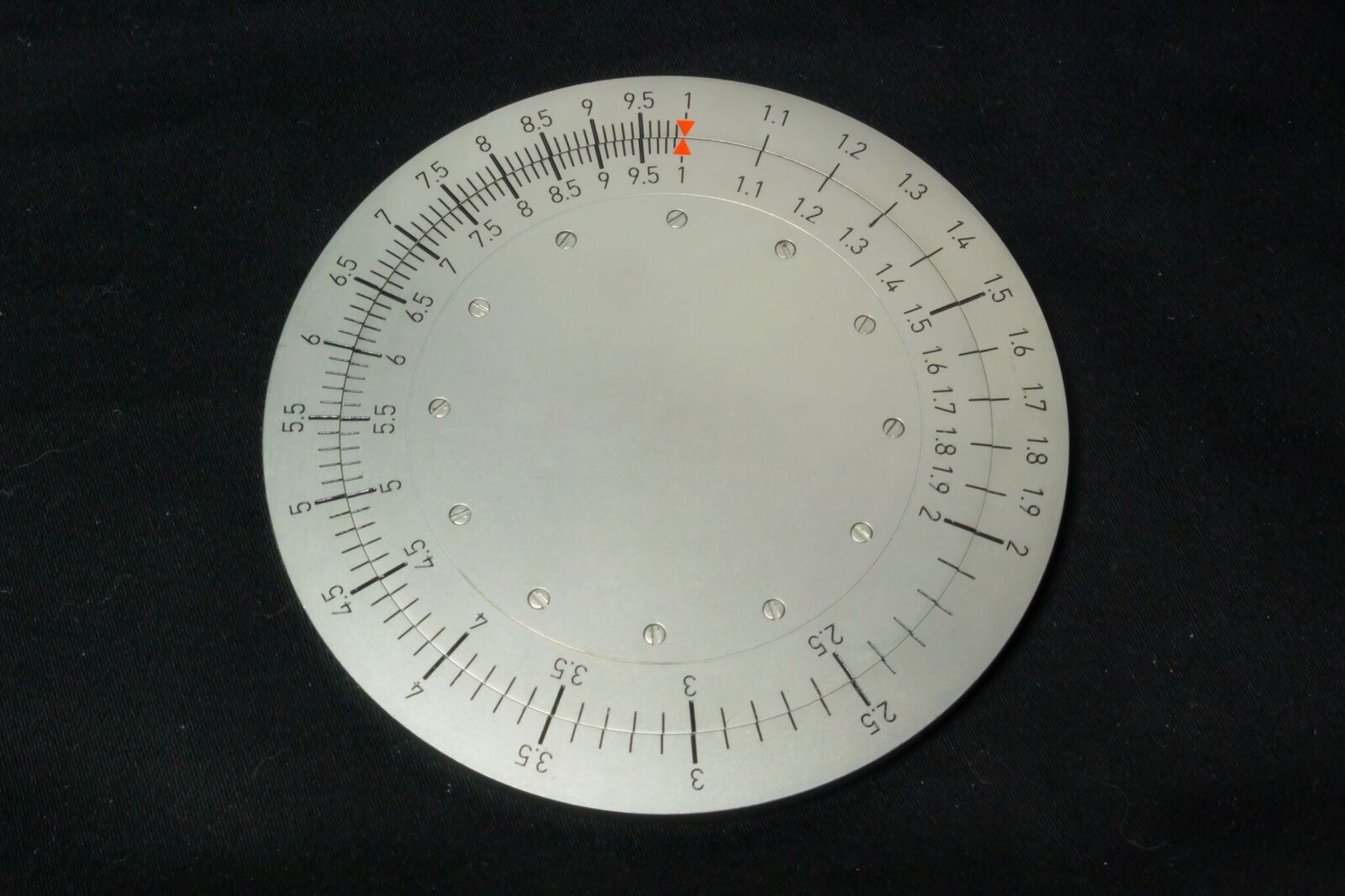 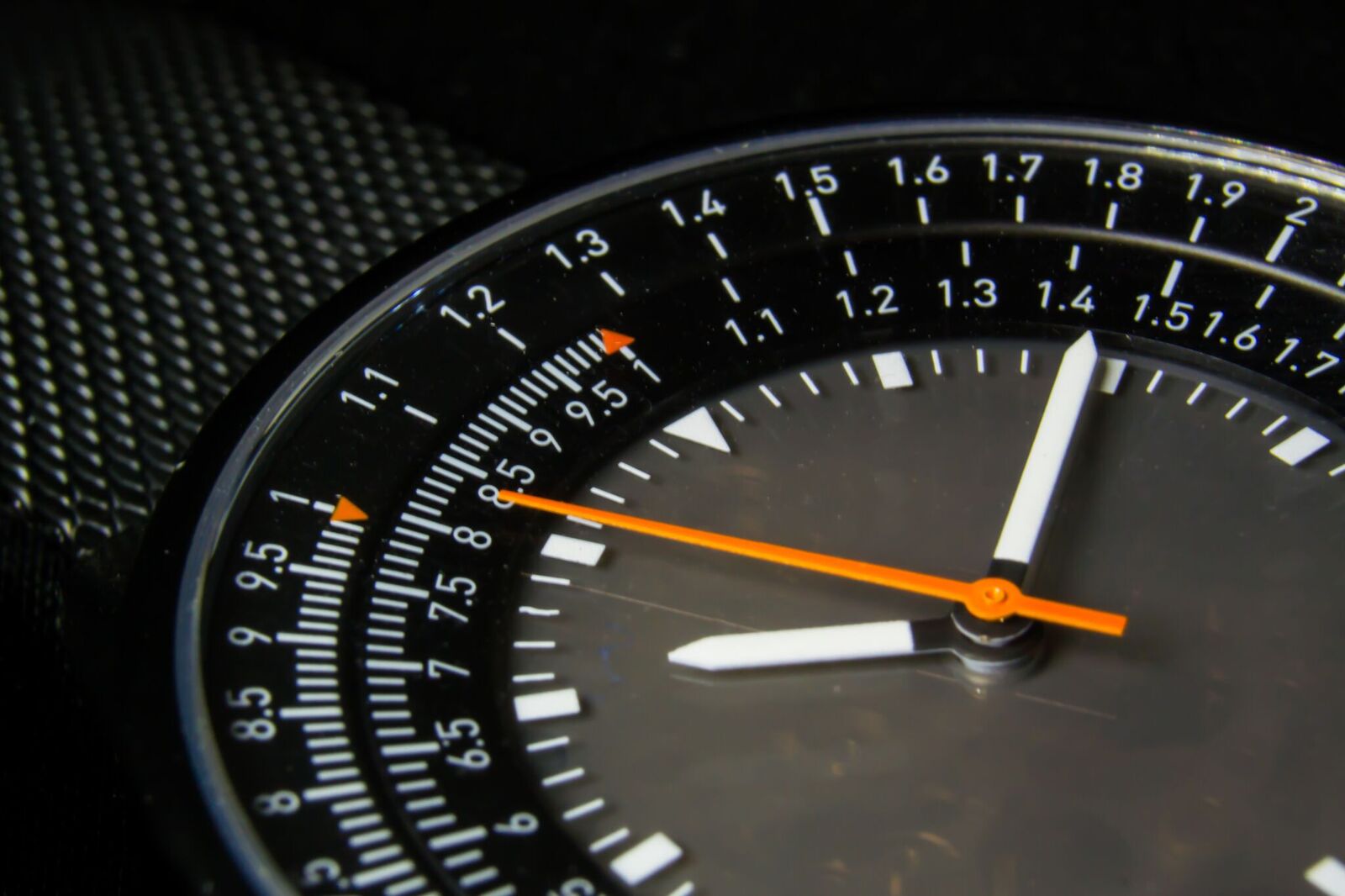 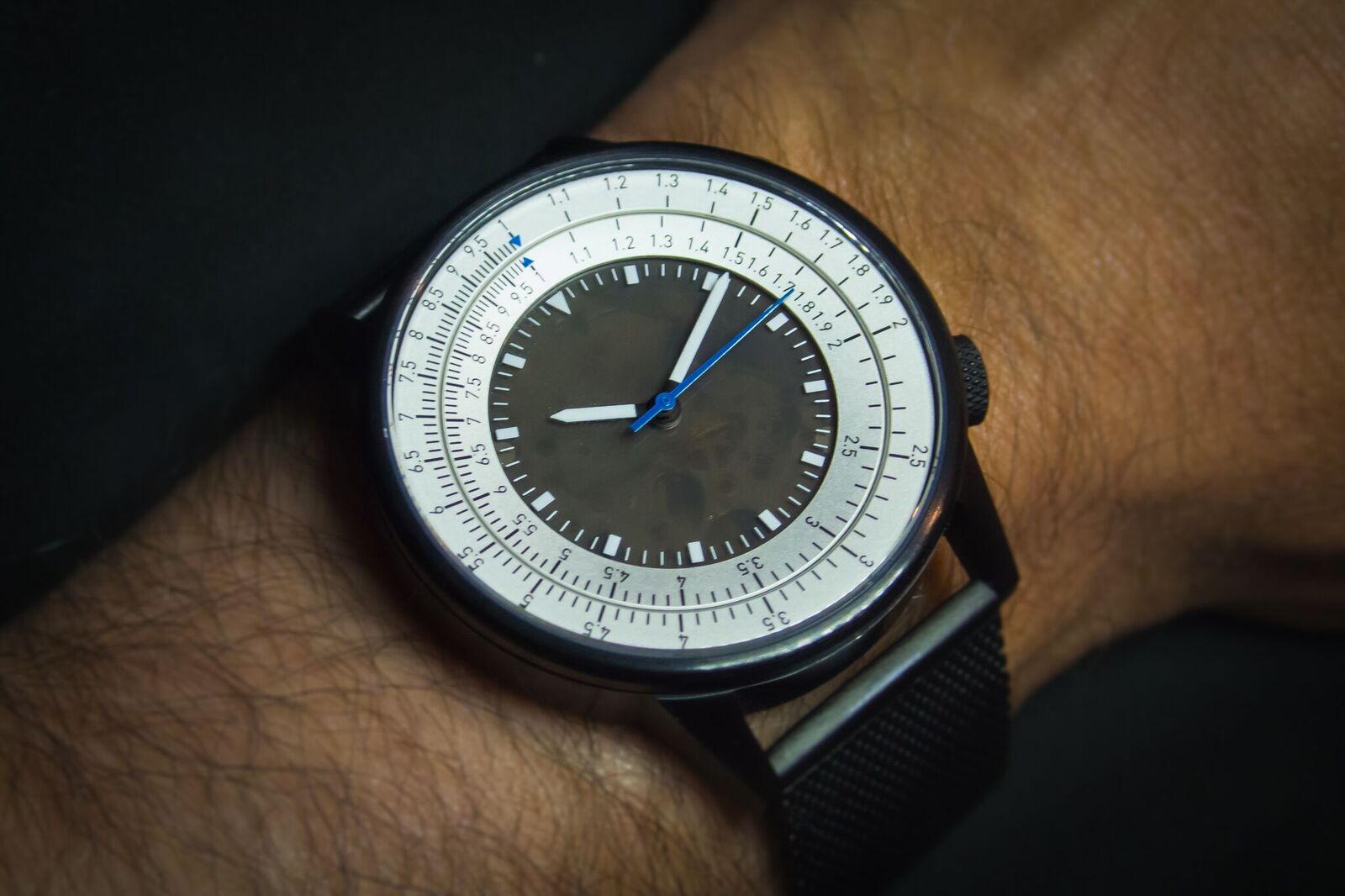 An entirely mechanical movement which means the Caliper Slide Rule Watch requires no battery and will always be there by your side when you need it. A clever design and striking timepiece in its own right have made this a thoroughly impressive construction in our opinion here at The Coolector and for those of you that demand more than the norm from your watches, this will be right up your street.

Though we don’t go to the gym or go running perhaps as much as we should here at The Coolector, we do always remain… 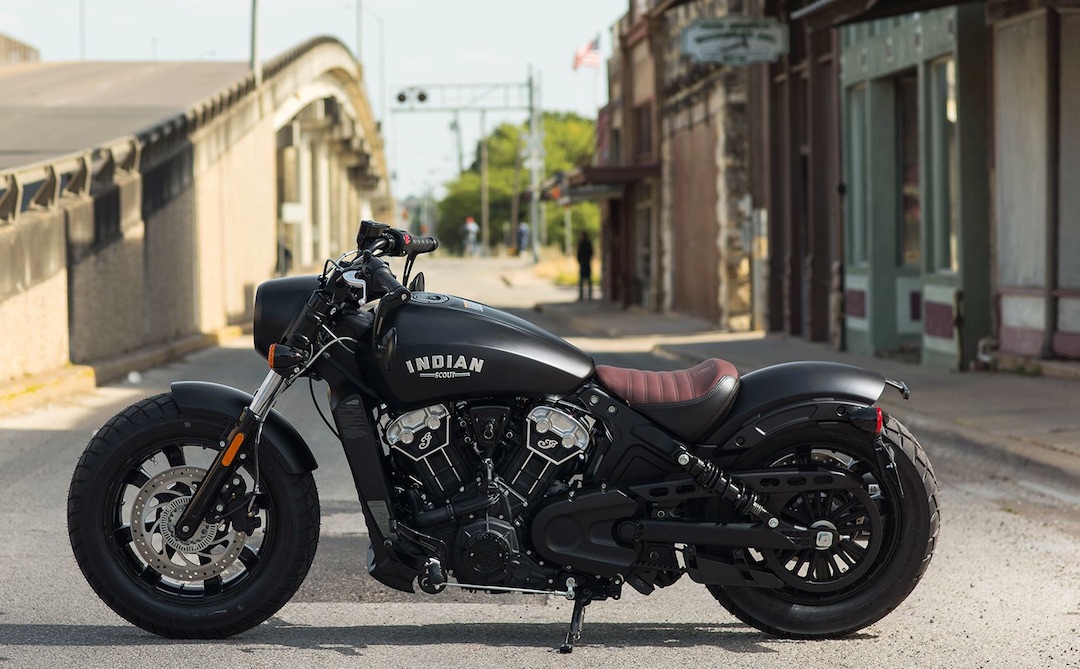 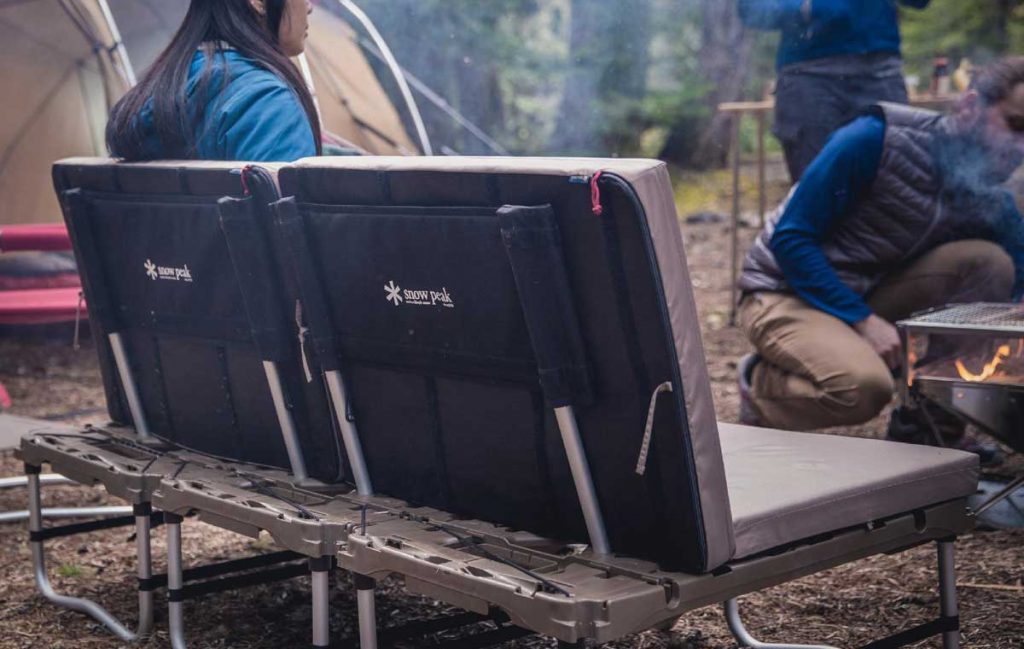