With an impending camping expedition inbound here at Coolector HQ and given our inherent laziness we are, of course, on the lookout for awesome outdoor accessories that can sate our appetite for relaxation and few look better than the brilliantly conceived and executed Camp Clayborne Bison Sleeping Bag Hammock currently being funded over on Kickstarter.

One part sleeping bag, one part hammock, two parts awesome, the Camp Clayborne Bison Sleeping Bag Hammock is a bit of a must for those heading into the wild in areas whereby sleeping outside at night is a possibility (which pretty much precludes the whole of the United Kingdom).

Somewhat wonderfully described by its creators as “It’s as if a sleeping bag had a baby with a hammock”, the Bison Sleeping Bag Hammock measures 190cm by 100cm and is crafted from 170T polyester for a resilient rugged exterior that will handle all the adventures you can throw at it. Check out a few more shots of it action below: 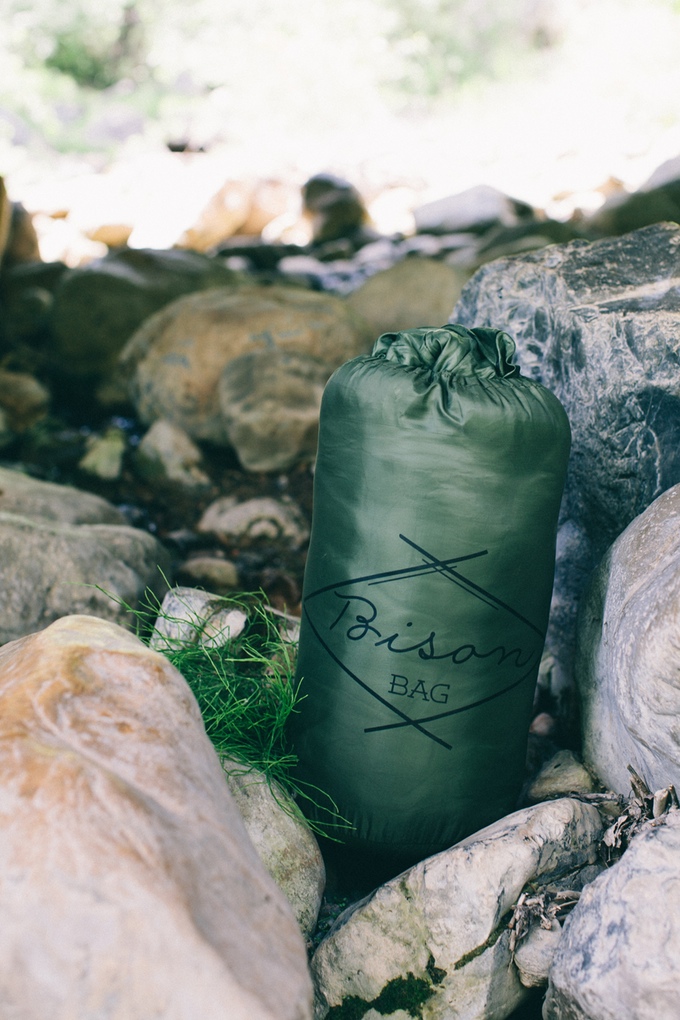 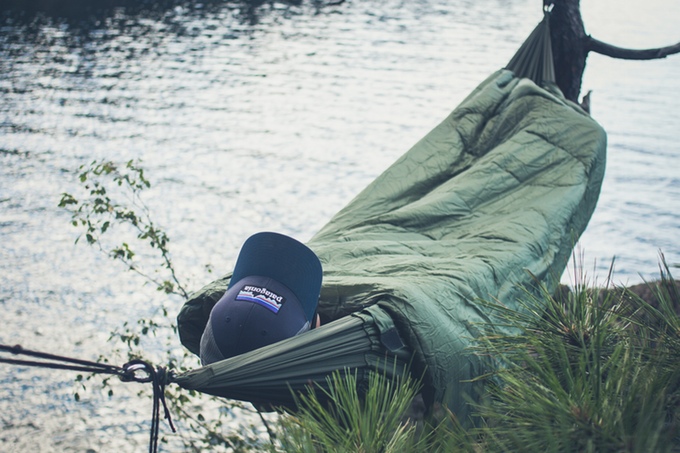 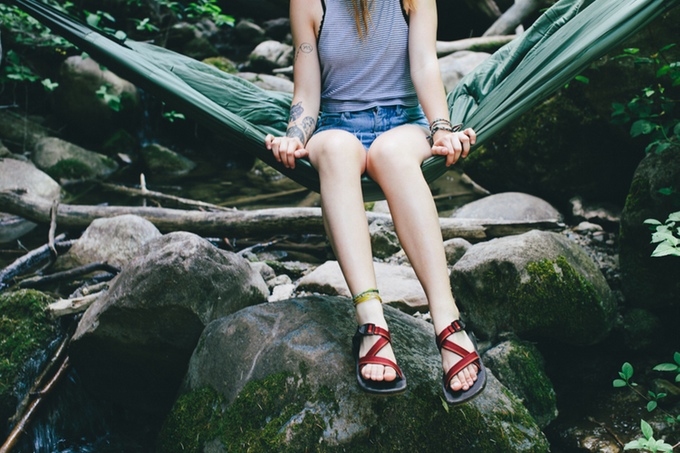 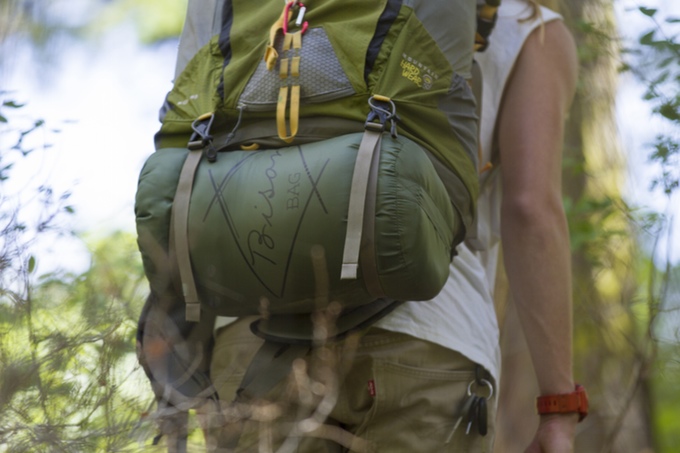 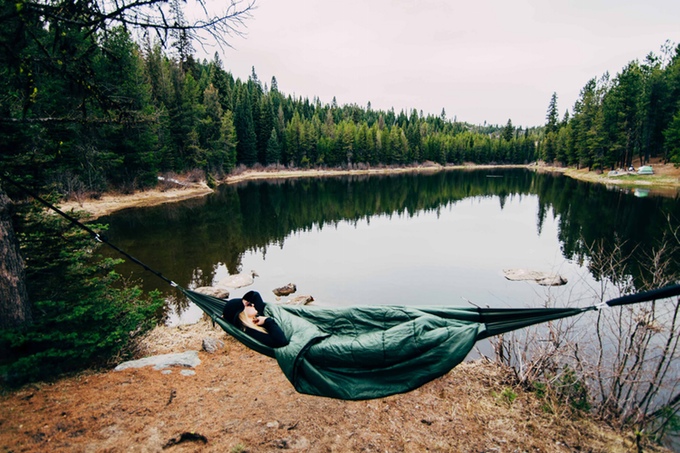 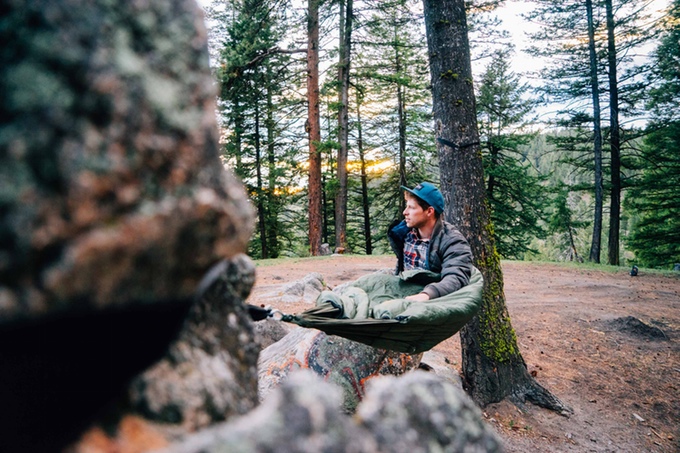 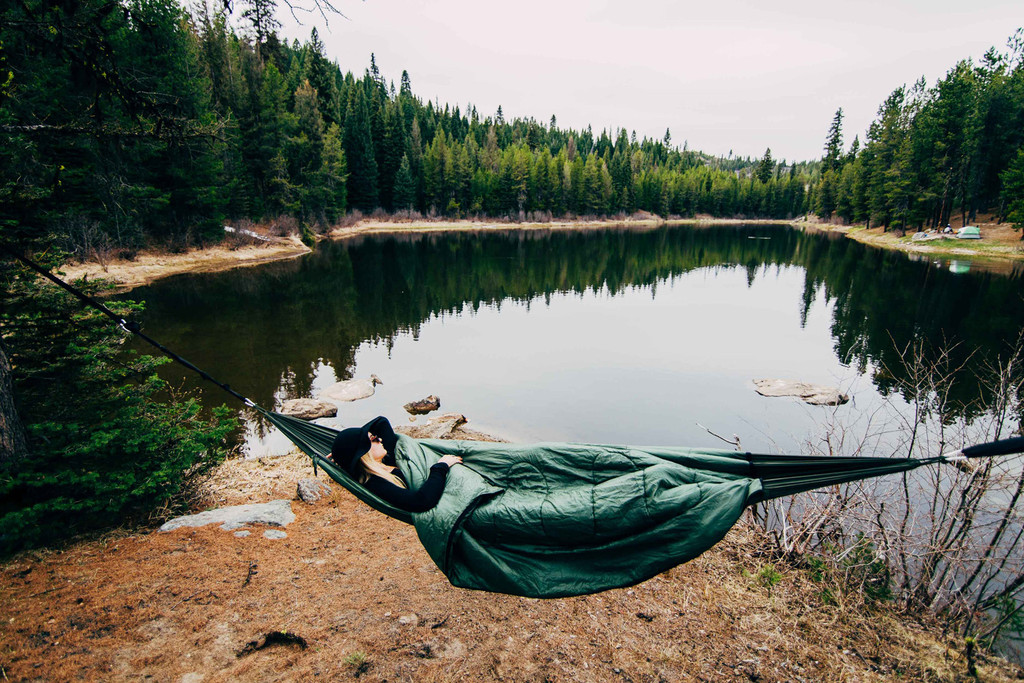 Boasting an intelligent design and understated aesthetic, any outdoors loving chap would definitely be well paid to consider stowing away a Camp Clayborne Bison Sleeping Bag Hammock for their next trip into the wild and the fact that all its components can be crammed into a sleeping bag holder means that it’s just as portable as a regular sleeping bag – but approximately a billion times more spiffing, particularly for those of us inclined towards laziness.

There is still time to both a] throw your support behind this cracking project over on Kickstarter and b] go on a camping trip this summer so…..what are you waiting for?