We seem to be featuring more and more spectacular residential properties in Mexico of late here at Coolector HQ and you can certainly add the breathtaking Casa Bedolla to that list. This extraordinary piece of architectural design from Monterrey based studio, P+0 Arquitectura, is a true sight to behold and has plenty of compelling design features which make it one of the most aesthetically impressive pieces of architecture we’ve seen so far in 2019. 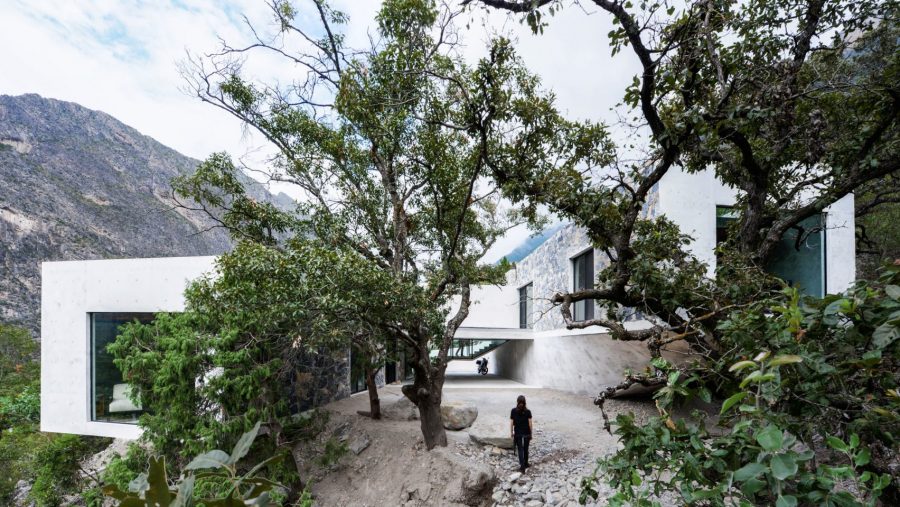 Throughly contemporary in nature, Casa Bedolla is essentially two stone boxes which have been staggered and cantilevered down the mountains of Nuevo León in Mexico and the quality materials and build quality really is second to none. This residential property has some 245-square-metres of living space and consists of two volumes which are stepped down a wooden, mountainous site in the El Jonuco region of northwest Mexico.

When described as “two stone boxes” it might not sound like much but the minute you lay eyes on Casa Bedolla you’ll see it is a piece of architecture quite unlike any other and testament to the talents of P+0 Arquitectura in Monterrey. The so-called “stone boxes” are arranged at different levels on the hillside and also at differing angles so as to be able to slot inbetween the trees which can be found growing on the site. 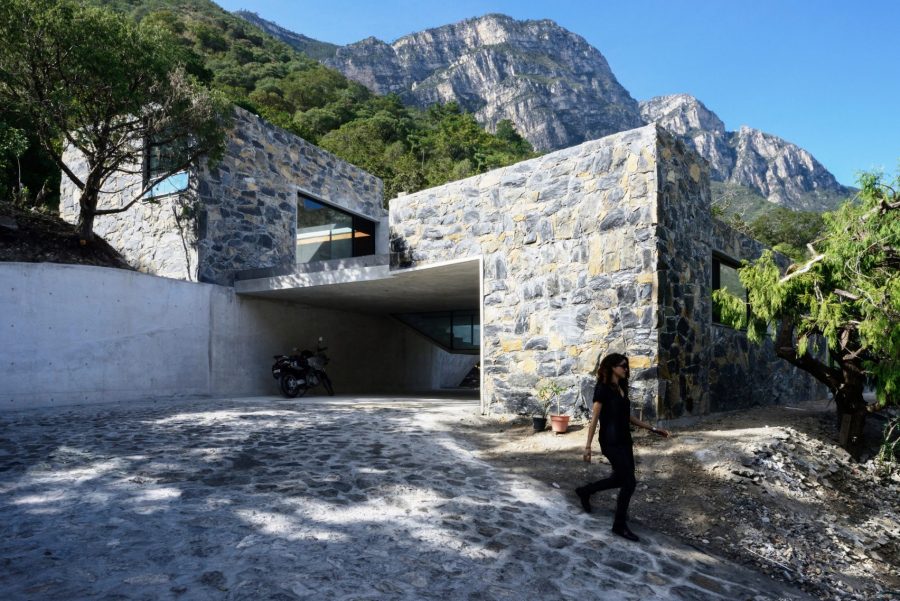 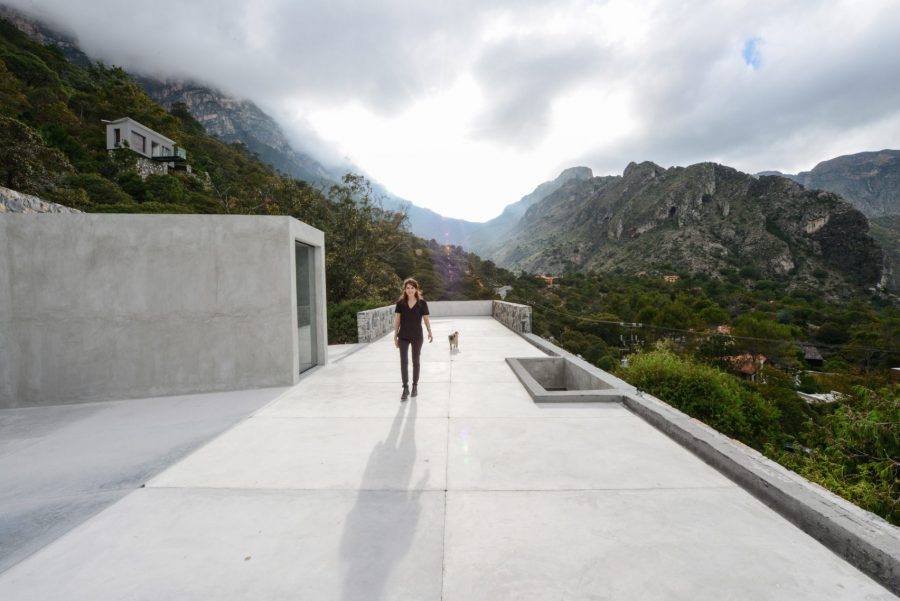 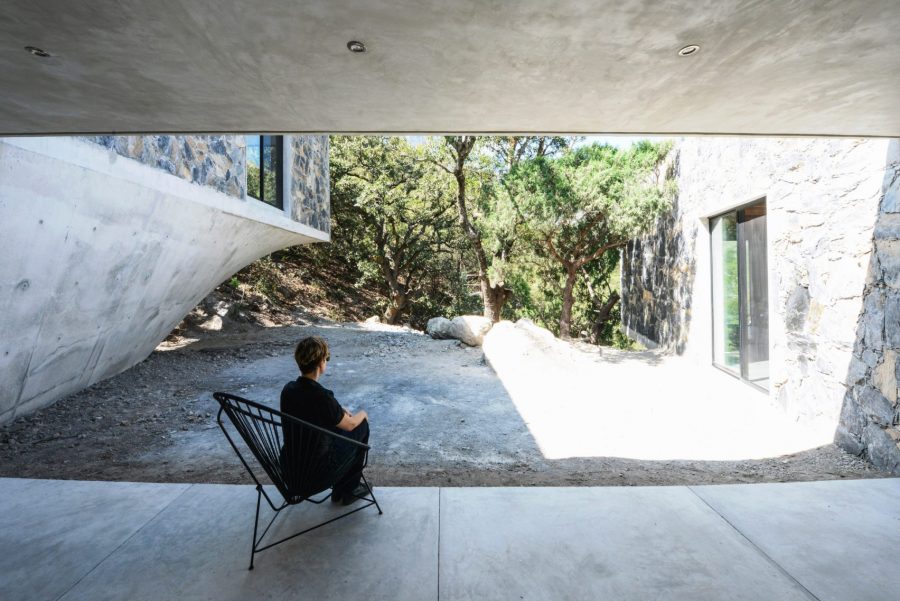 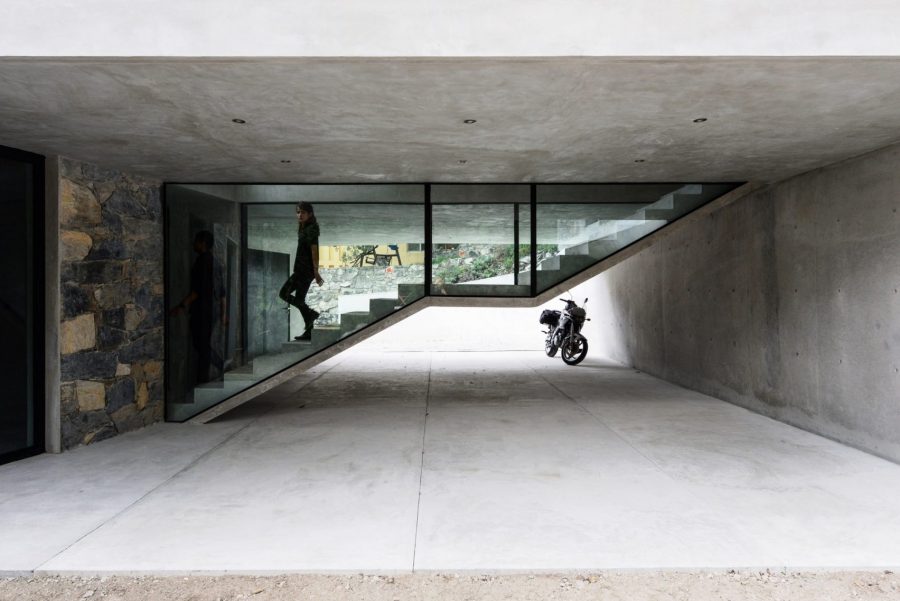 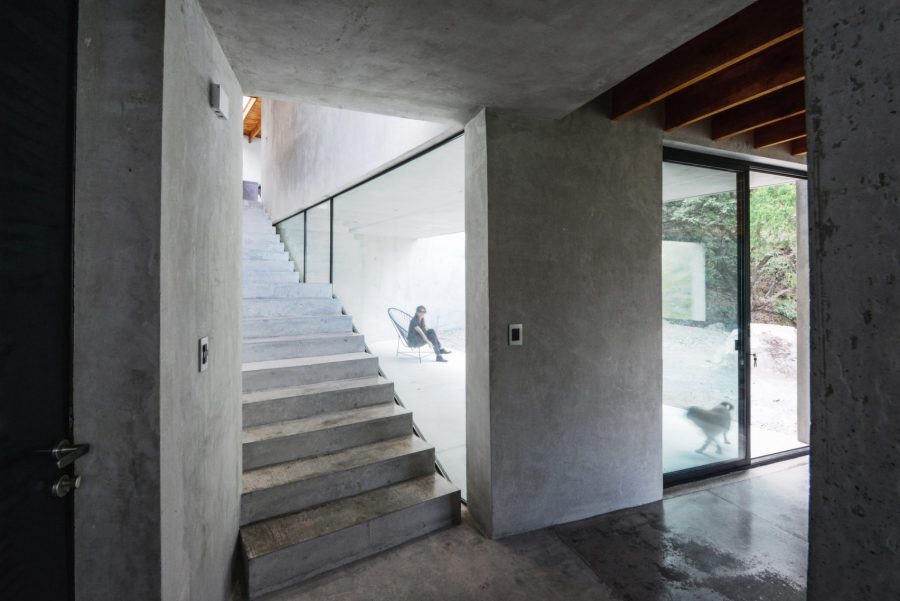 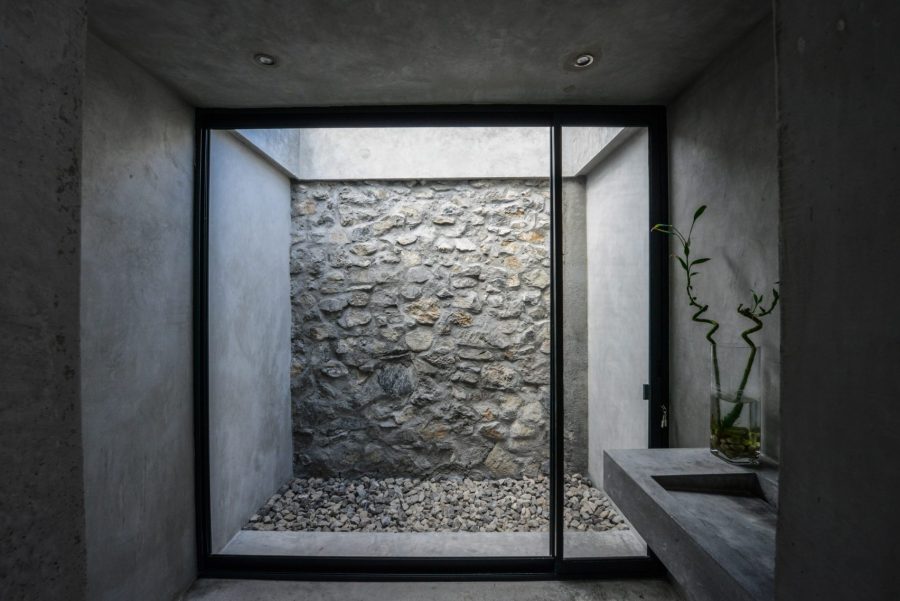 The stunning visuals of Casa Bedolla are hard to ignore and it boasts flat concrete roofs which are also accessible to the residents and offer both an elevated vantage points of the surrounds and a great place to relax and unwind surrounded by breathtaking mountain scenery. The walls of this majestic looking property are crafted from stone which has been sourced from the mountains that surround the property and they are supported by a concrete structure. 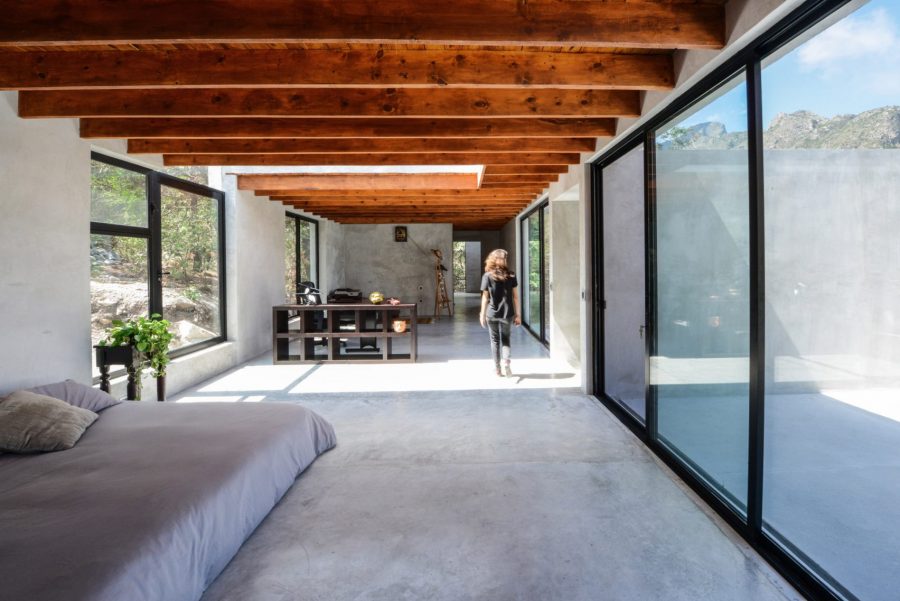 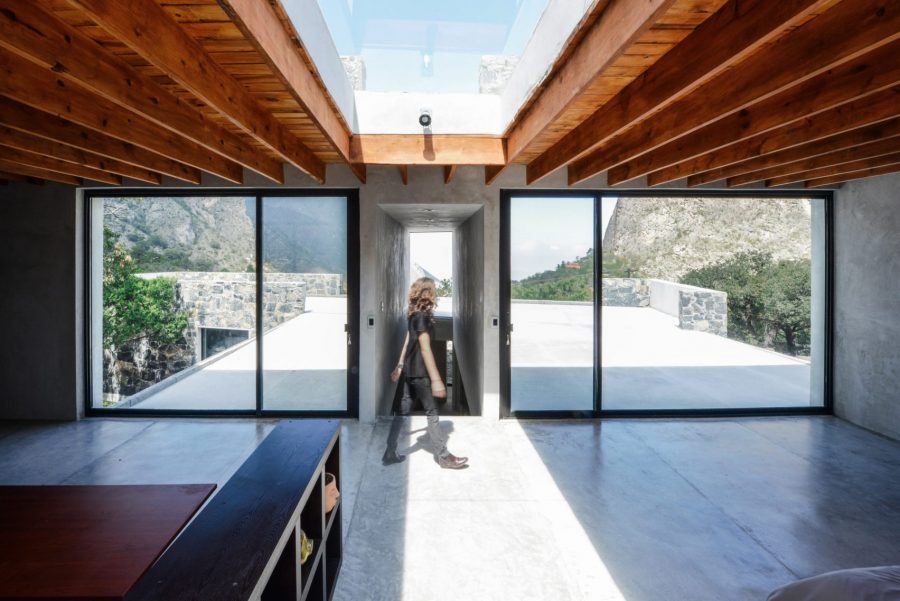 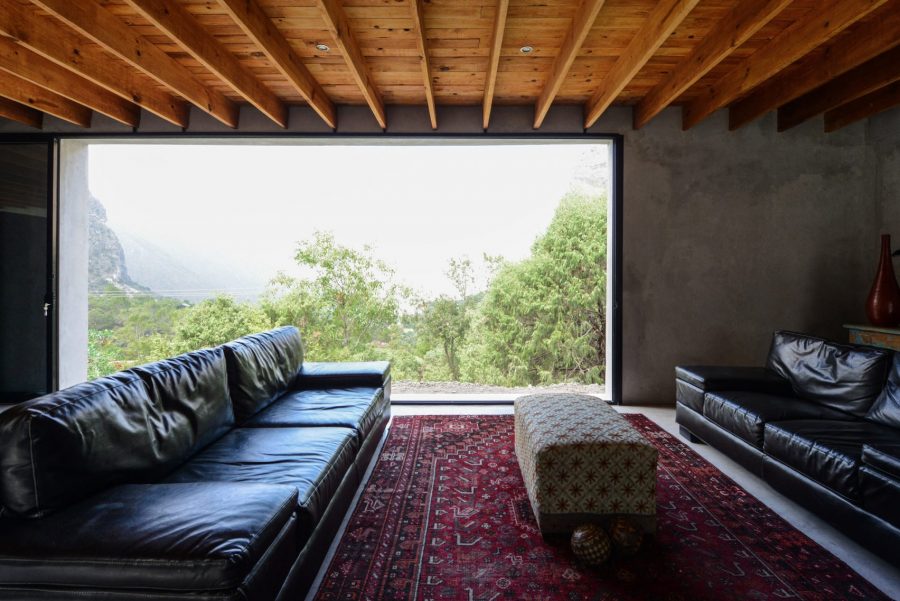 Casa Bedolla was not a straightforward build as a result of the tricky, mountainous terrain of the plot but the architects but their design skills to work to come up with a stunning residential property perfectly suited to the client’s requirements. Due to the uneven terrain, some of the concrete walls are swooped which, in turn, enabled the designers to cantilever the lower volume off the edge of the hillside over a ravine below for an exceptional visual impact.

Concrete is prevalent on the interior of Casa Bedolla and gives it a minimalist, modern and industrial look and feel that we’re big fans of here at Coolector HQ. The concrete stairs with glass walls cuts through the patio to provide a link between the two volumes from inside the house and the structure on the highest level is used as private space for a single person, while the lower part of the property is more of a social spot of the residence and has communal space for entertaining guests. 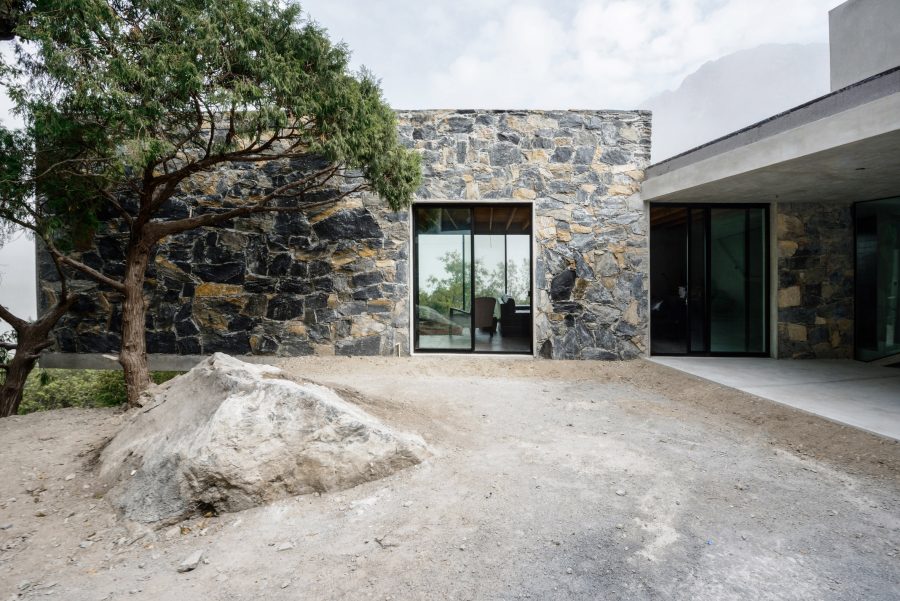 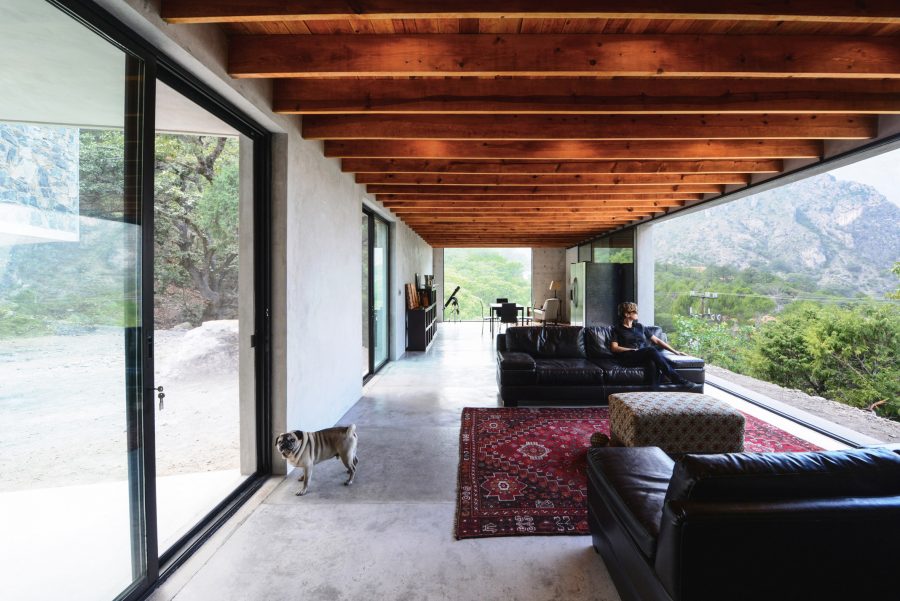 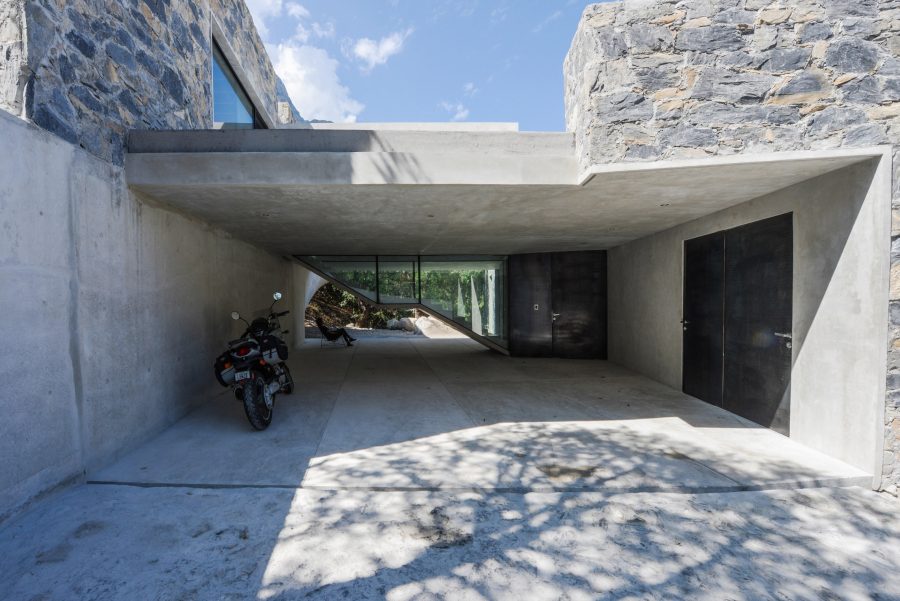 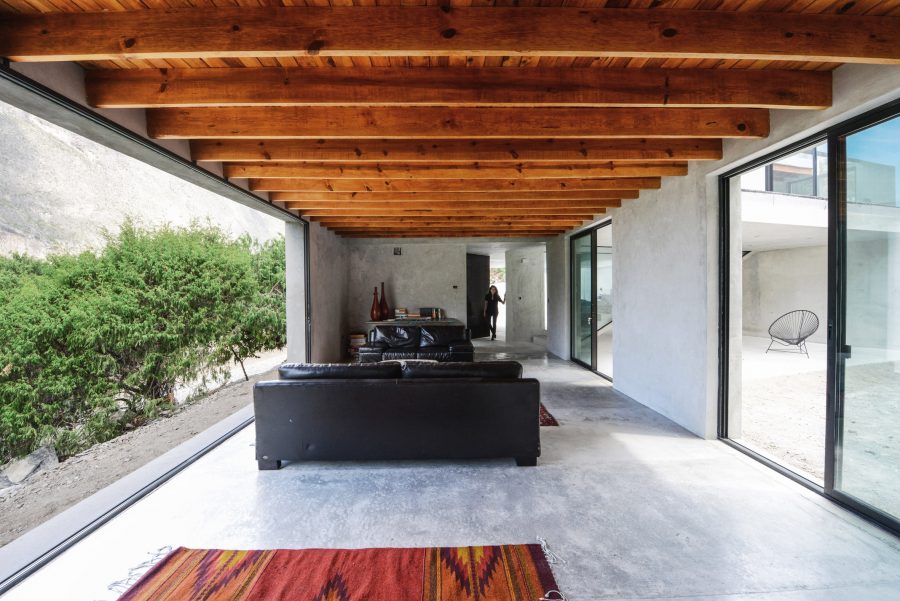 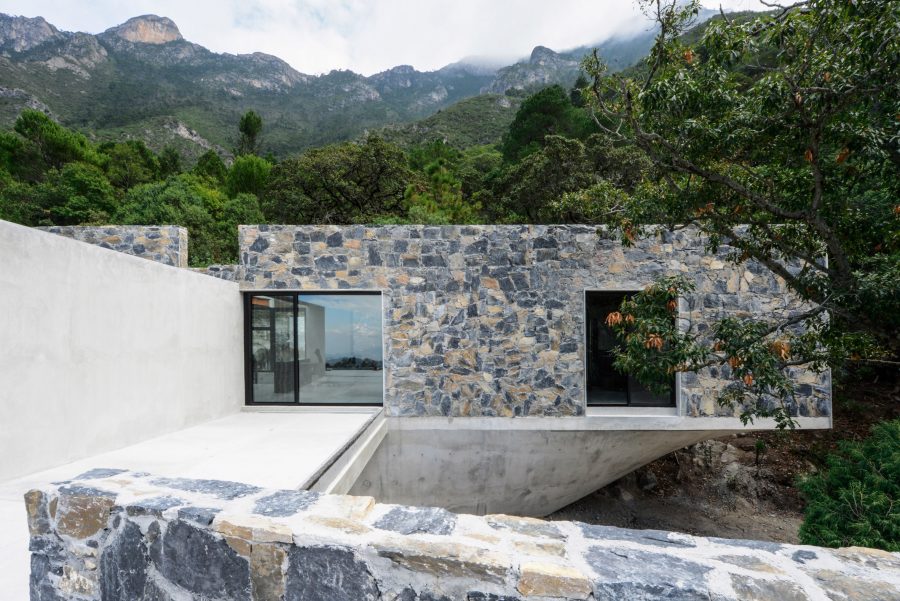 We’ve featured the handiwork of P+0 Arquitectura on the pages of The Coolector before but Casa Bedolla might be their most impressive piece of architecture to date – not least because of the inconsistent terrain and magical mountainous surrounds of the property. A wonderfully well thought out piece of architecture which capitalises on the incredible views and gives the owners the perfect place to both relax and entertain.