We know we’ve featured a lot of stunning architecture projects here on the pages of The Coolector but don’t think there’s been one that had it’s own waterfall before. Well, that’s about to change courtesy of Casa Cascada from LSD Architects. Situated in a beach retreat in Costa Rica, this stunning property has certainly caught our eye – not least because the architects have managed to incorporate a mini waterfall into the design of the structure. 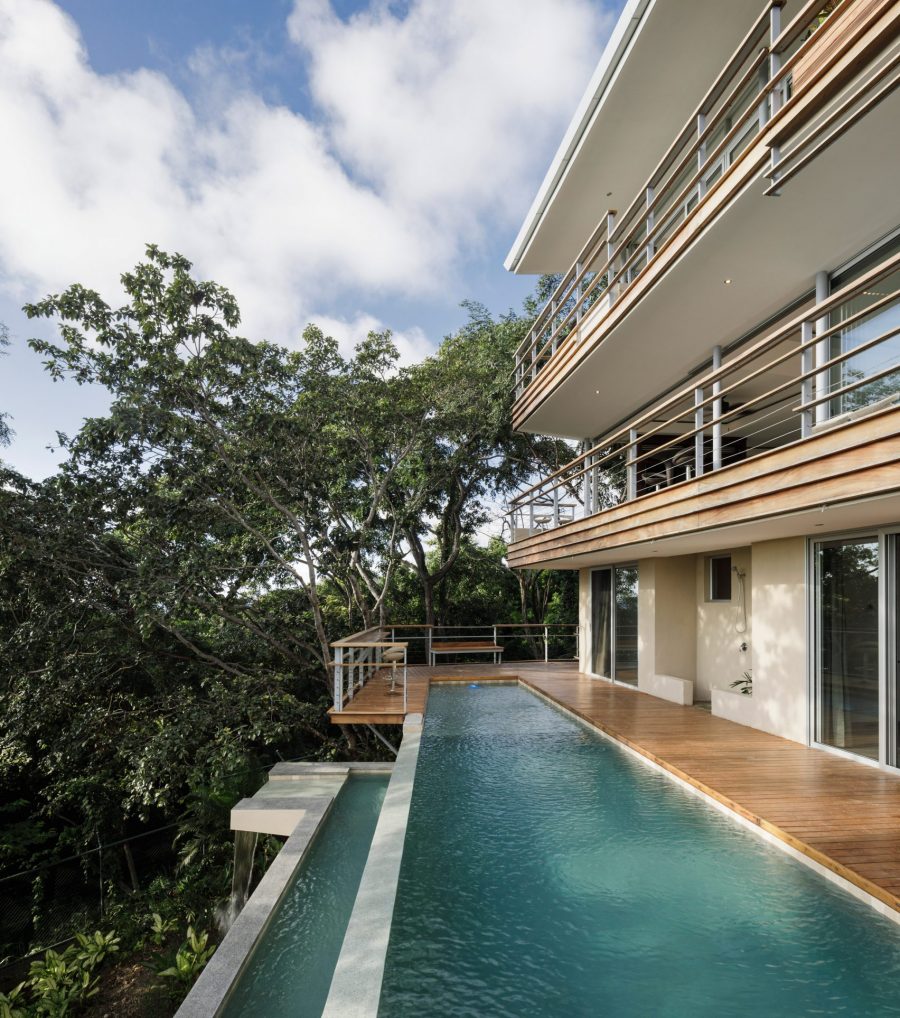 Casa Cascada from LSD Architects is a breathtaking property in its own right but when you add a waterfall that flows between the outdoor pools stepped down its steep site, the visual impact is taken to a whole new level. It is located in Tamarindo Beach, a destination on the Pacific Ocean which is world renowned for the quality of its surfing. Casa Cascada was built as a rental property for a local developer by Laboratory Sustaining Design (LSD) Architects, who have their offices in the small beach town in Costa Rica.

Whilst it is undoubtedly the waterfall integrated into the home’s design that is the real show-stopper with Casa Cascada, that downplays how incredible the rest of the property is. The four-storey home encompasses 450 square metres and is superbly situated in a steep slope which boasts exceptional views of the ocean. To make the most of these mesmerising views of the nearby Tamarindo and Langosta beaches, LSD Architects spread the living spaces across four different levels, and gave each bedroom waterfront views. 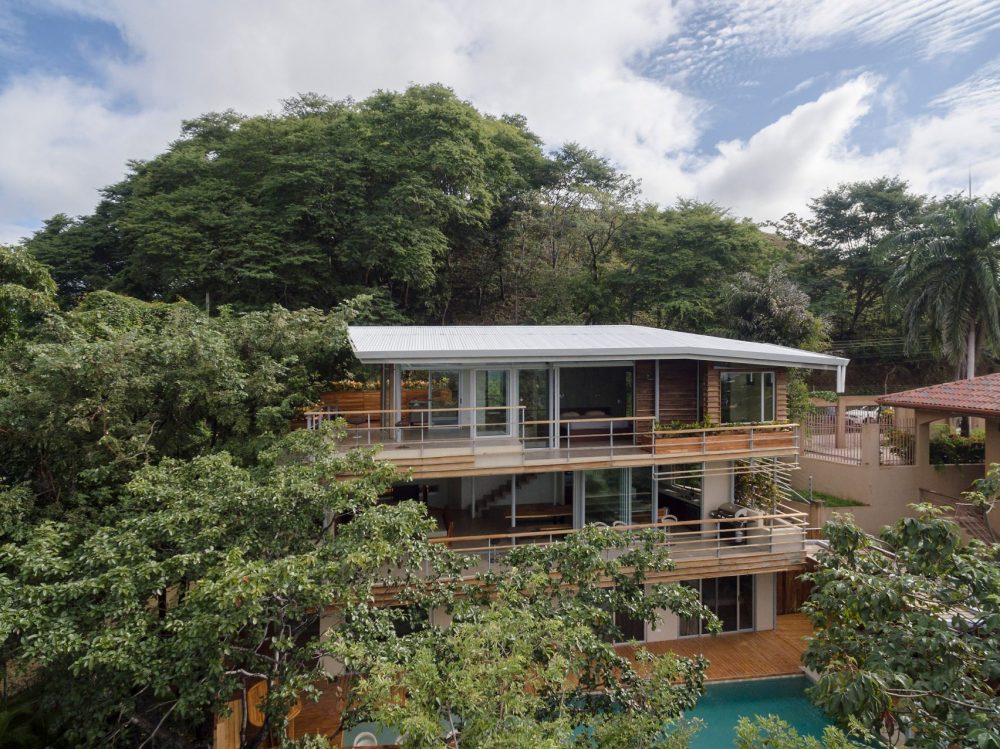 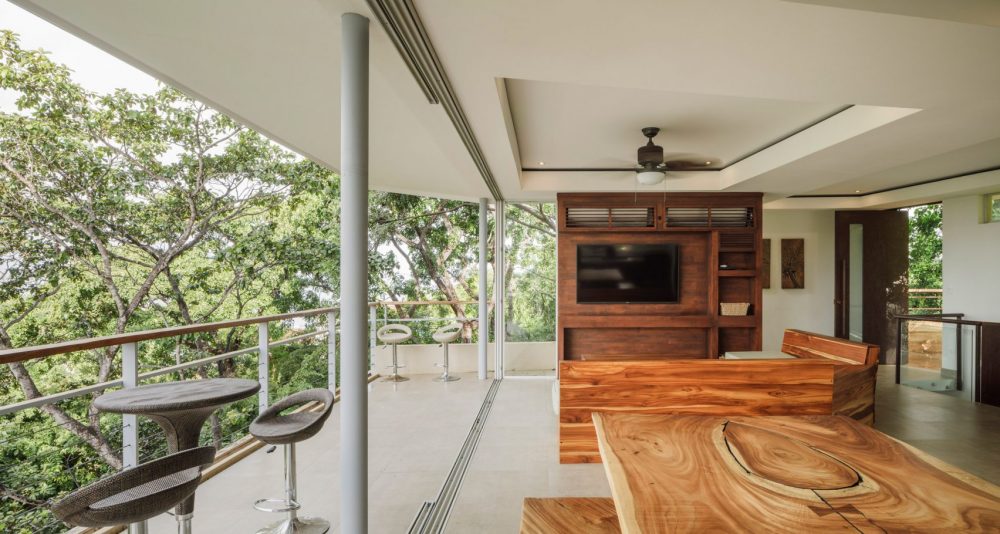 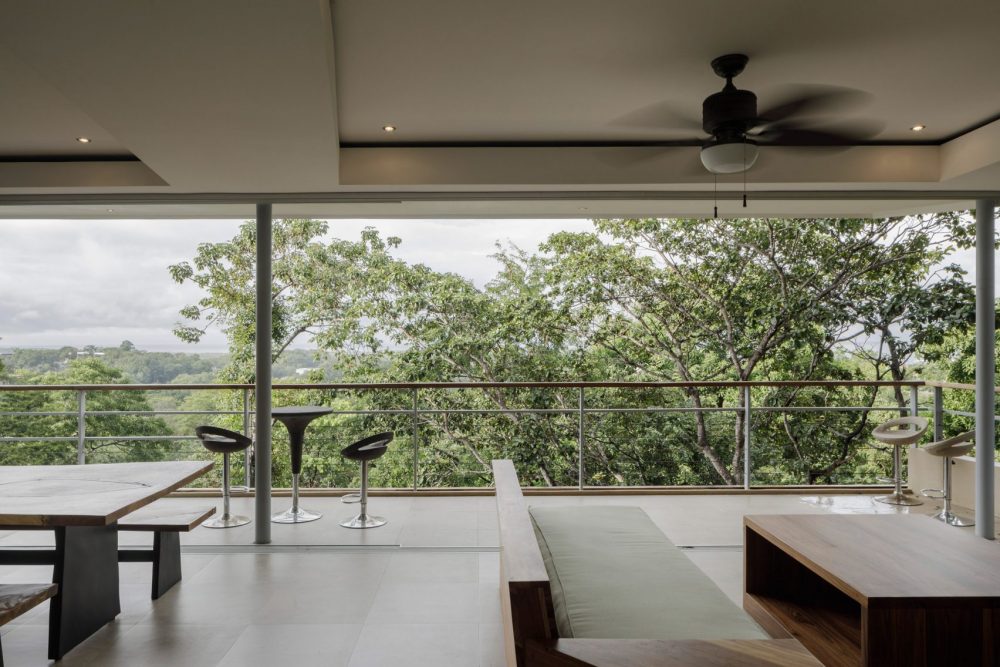 With the main entrance to Casa Cascada being on the third level, within an open-concept kitchen, living and dining room, you immediately get a sense of this property’s grandeur the minute that you walk in. This living space is fronted by floor-to-ceiling sliding glass doors, which open onto a wraparound terrace which again looks out onto the spectacular ocean below. The design of the house and the placement of the windows give natural cross ventilation and natural illumination to all the spaces of the house, which, in turn, enhances the enjoyment of the tropical climate afforded to it. 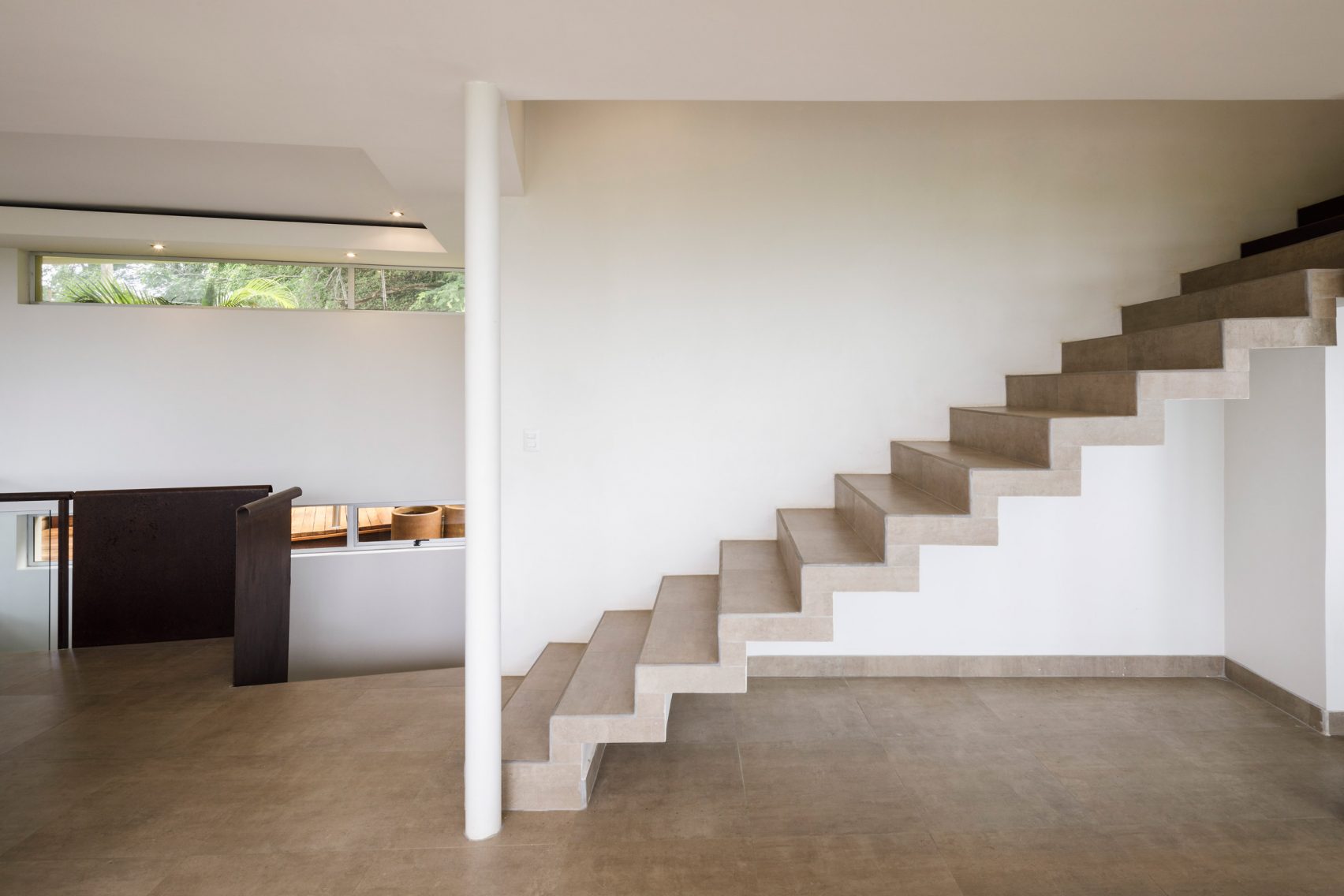 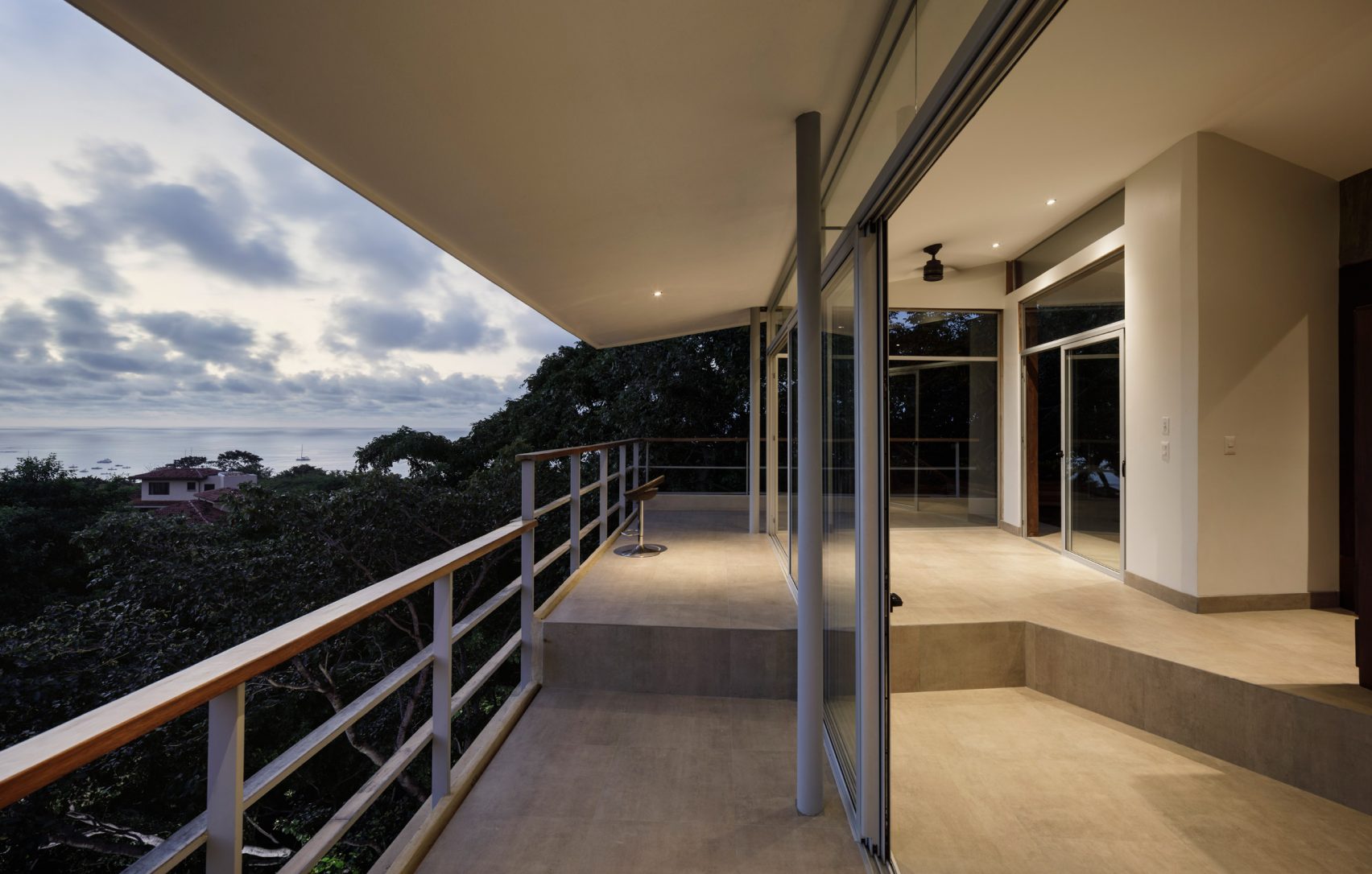 The interiors of Casa Cascada are impressive to say the least and have a variety of materials that catch the eye. The rich wooden furnishings add to the tropical aesthetic of the property, which is positioned just above the tree line and boasts an outdoor area perfectly suited to grilling, next to the interior kitchen, if you fancy doing some alfresco cooking. There is a understated staircase with no handrail which leads to the master suite, which takes up the entire top level. Similar to the floor below, this space is also fronted by a generous terrace on the ocean-facing side of the home.

As you would expect from such a luxurious property situated in a tropical climate, the swimming pool of Casa Cascada is a mighty impressive one. The first floor features the upper pool on its terrace, which is can be accessed from within the home, and also boasts an exterior shower and a shaded area with lounge chairs on its wooden deck which serves as the perfect spot for relaxing and unwinding away from all the hustle and bustle of contemporary living. 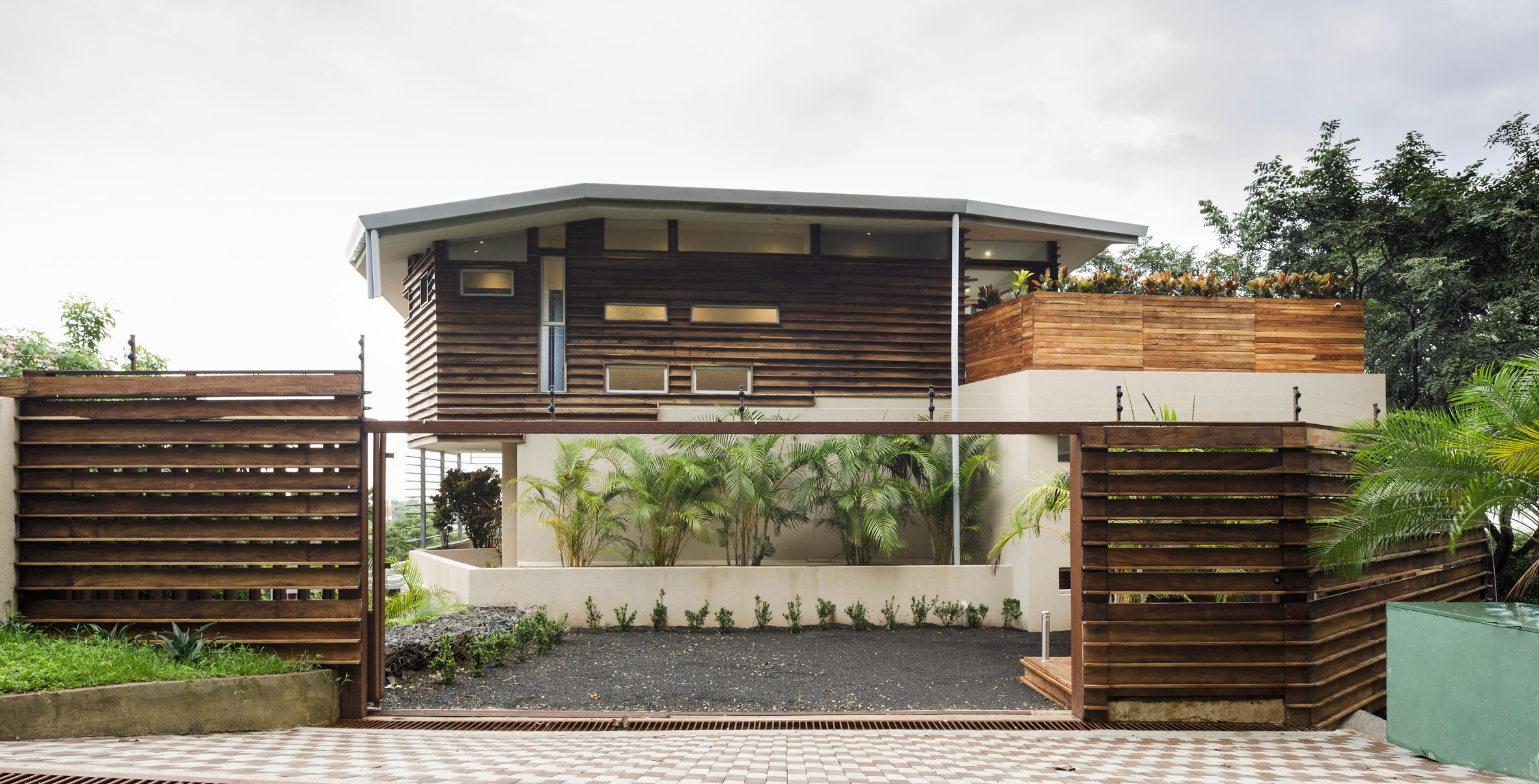 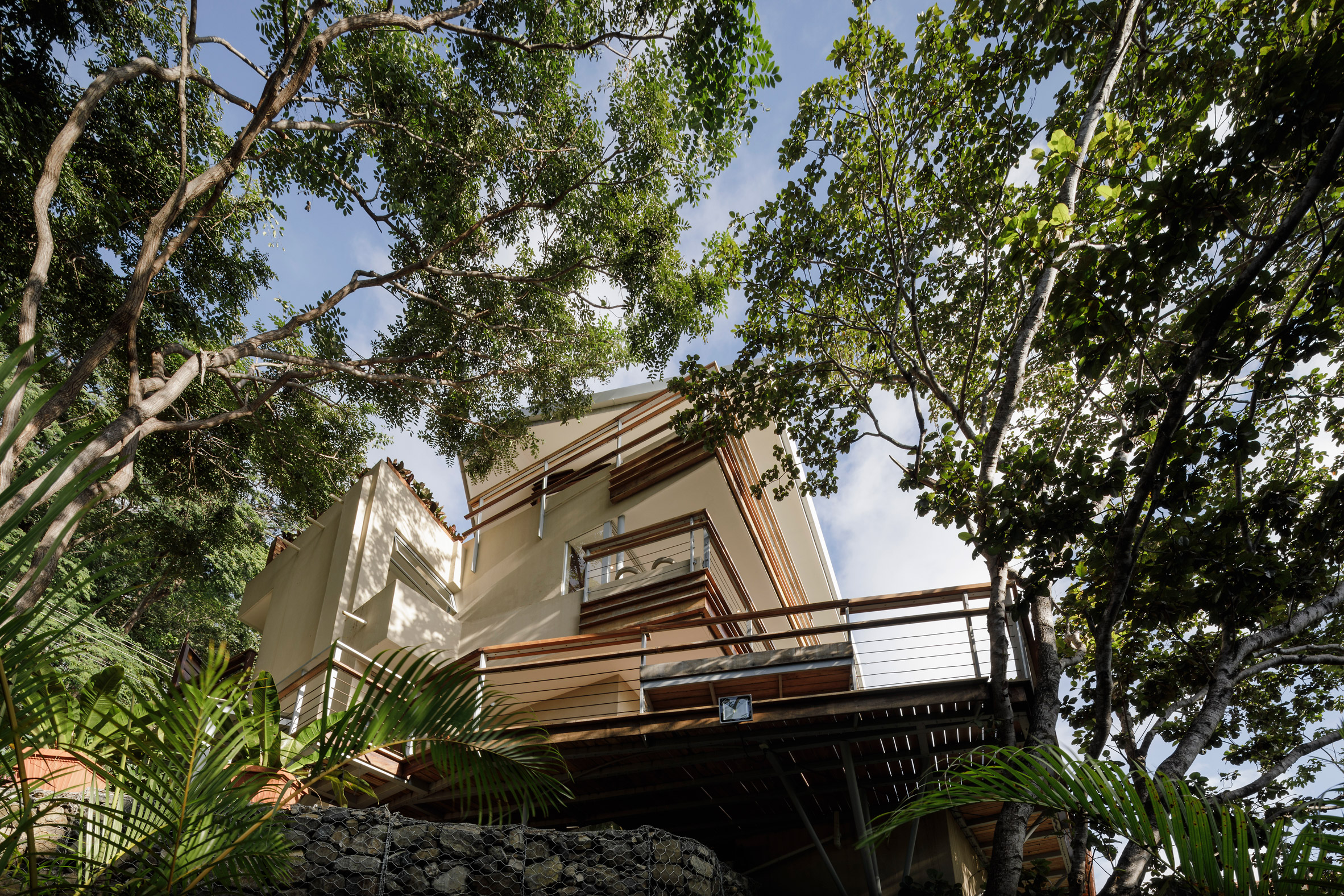 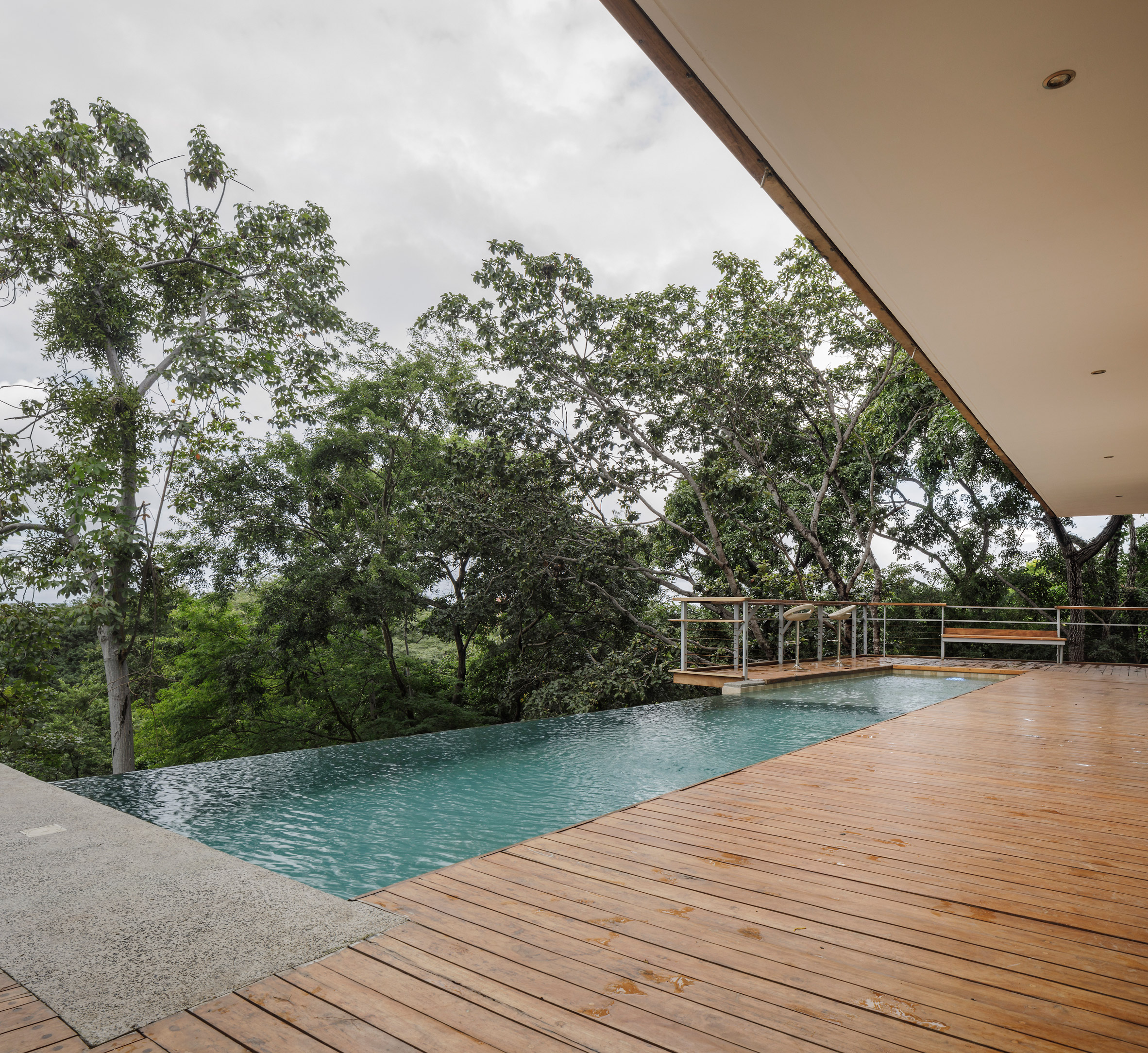 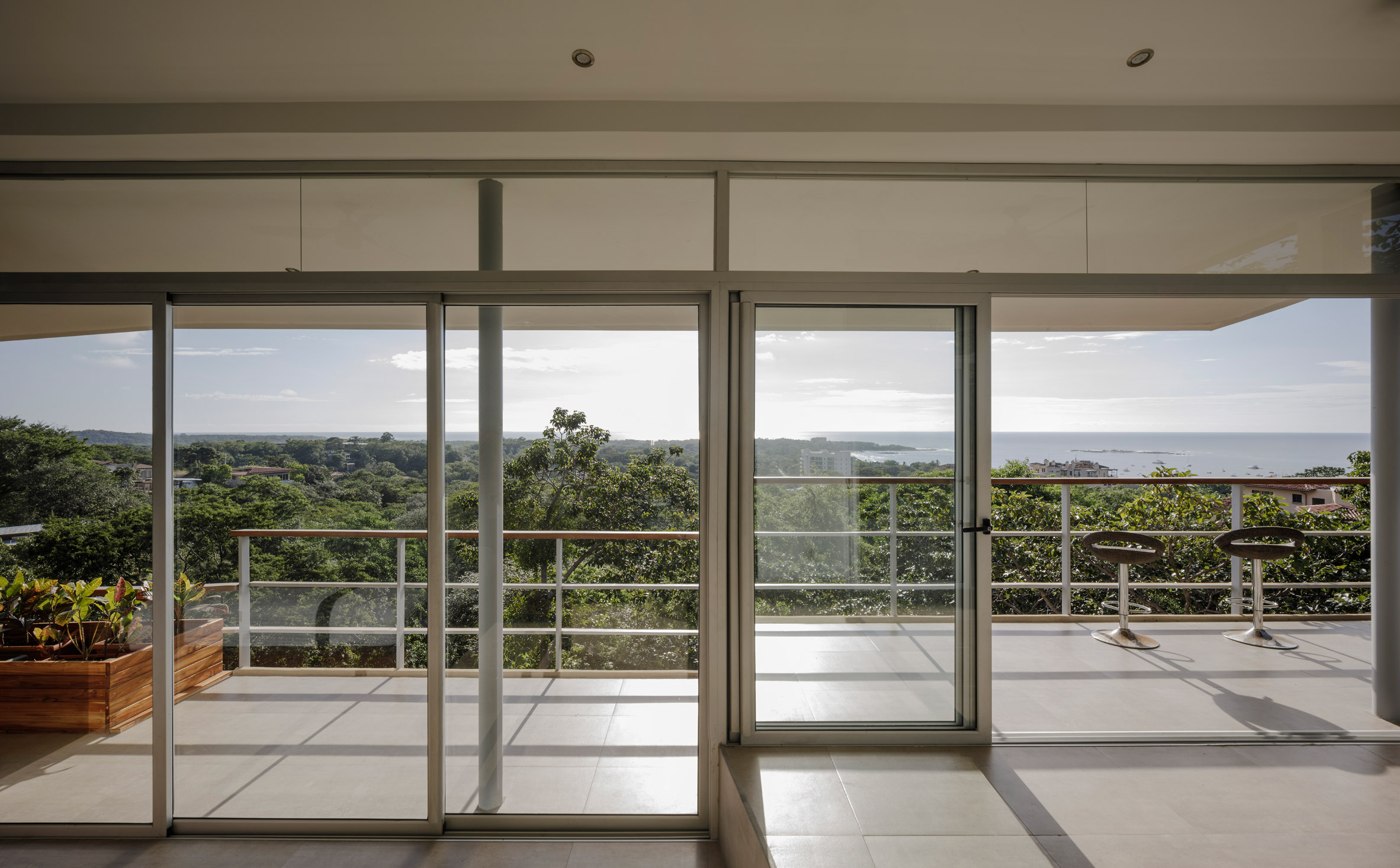 A spectacular piece of architectural design from LSD, this magnificent Casa Cascada serves as the ultimate tropical retreat and if you’ve got a love of surfing, you’re sure to appreciate its location in one of Costa Rica’s most famous and beloved surf spots. A first class example of adding a touch of visual flair to the design process, it’s not everyday you see a waterfall cascading from the side of a home.