When we’re looking for architecture projects here at Coolector HQ, which is often, we invariably gravitate towards striking contemporary designs but another feature that we often look for is that of the views and, it’s safe to say, few have come close to those afforded Casa Cipolla from Felipe Assadi Arquitectos. Located in Ensenada on Chile’s coastline, this extraordinary property boasts quite breathtaking views of the Pacific Ocean. 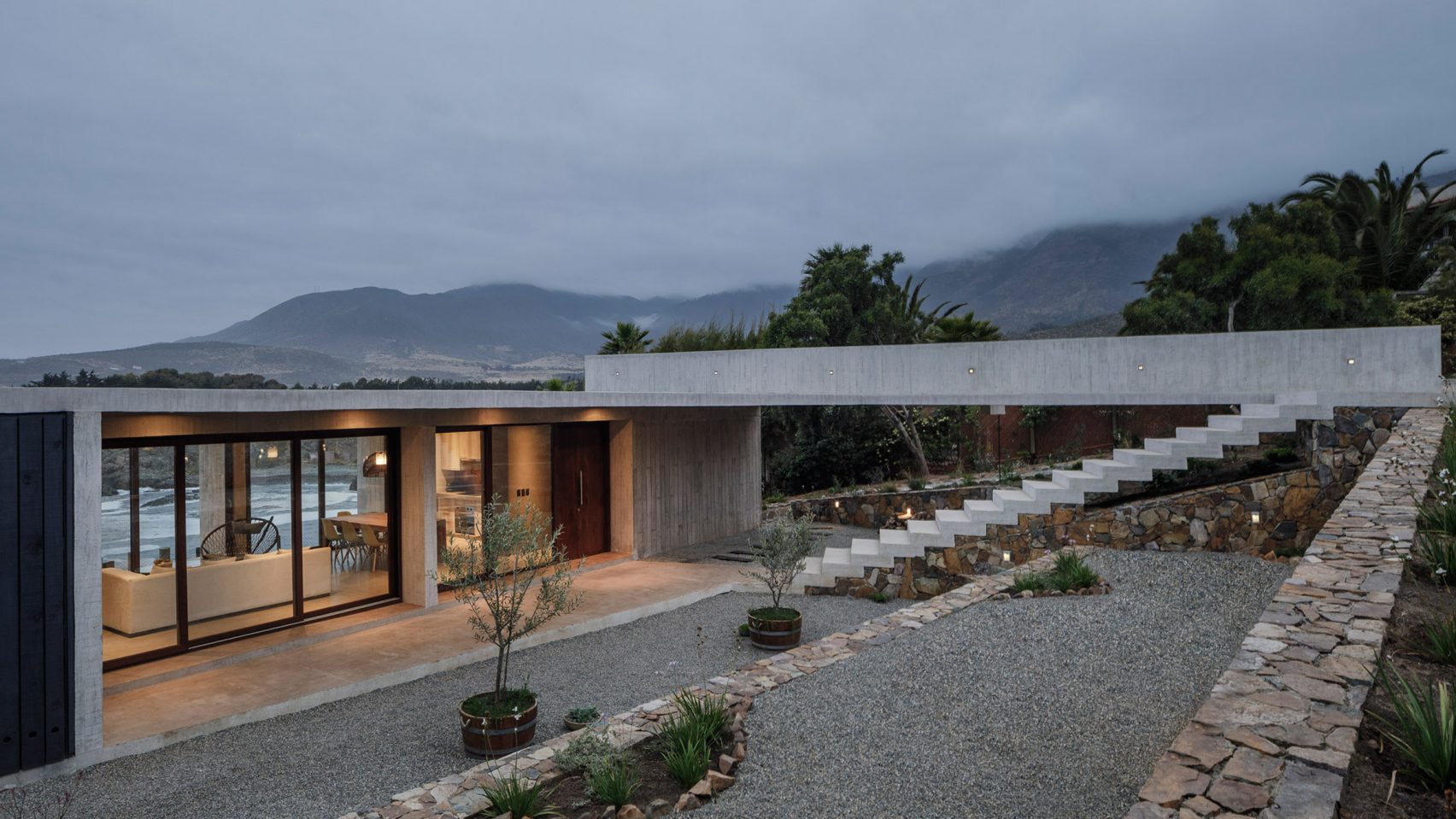 The Felipe Assadi Arquitectos designed Casa Cipolla doubles as a lookout point for the homeowners to drink in the views of Chile’s spectacular coastline and the sense of serenity this affords is second to none. It is a single-storey, rectangular shaped structure that is situated into a sloping plot of land in Ensenada, which is adjacent to the Pacific Ocean and we can think of few more relaxing and rejuvenating spots for a home here at Coolector HQ.

Due to having such a mesmerising location, the architects behind Casa Cipolla ensured they paid just as much attention to the outdoor spaces as they did to the interiors and this is something that certainly shines through the minute you lay eyes on it. This cracking piece of design from Felipe Assadi Arquitectos has a flat roof, which is crafted from an eight-inch-thick concrete slab, and is accessed via a bridge that delivers the ideal spot for taking in the gorgeous views of the Pacific that stretch out before you. 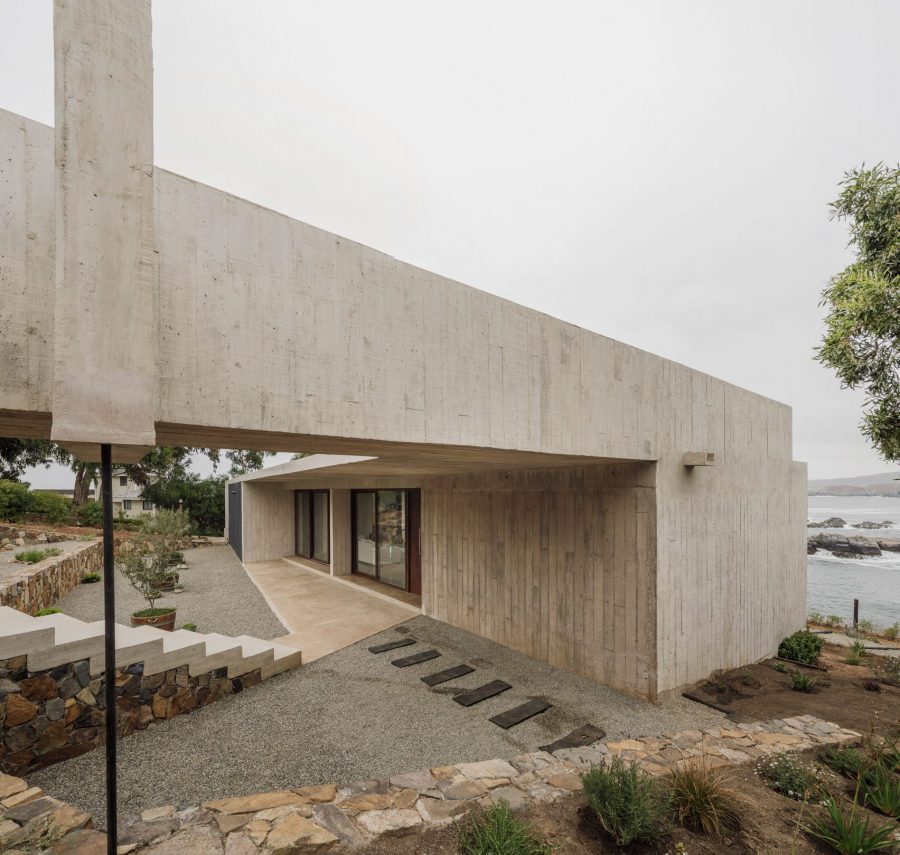 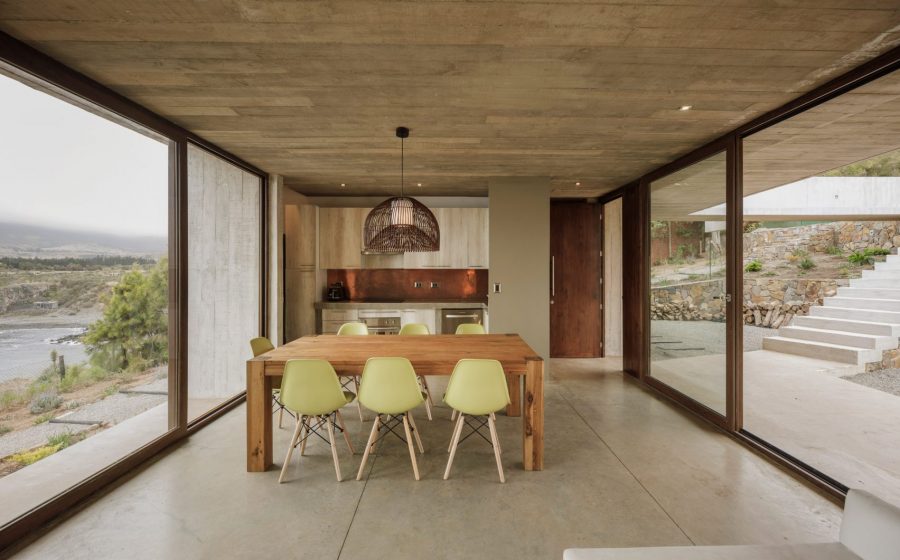 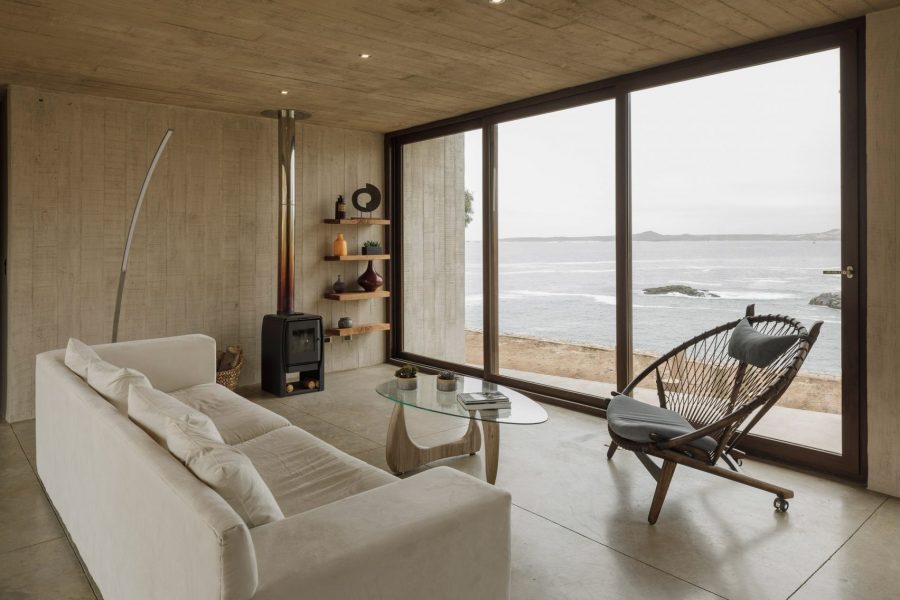 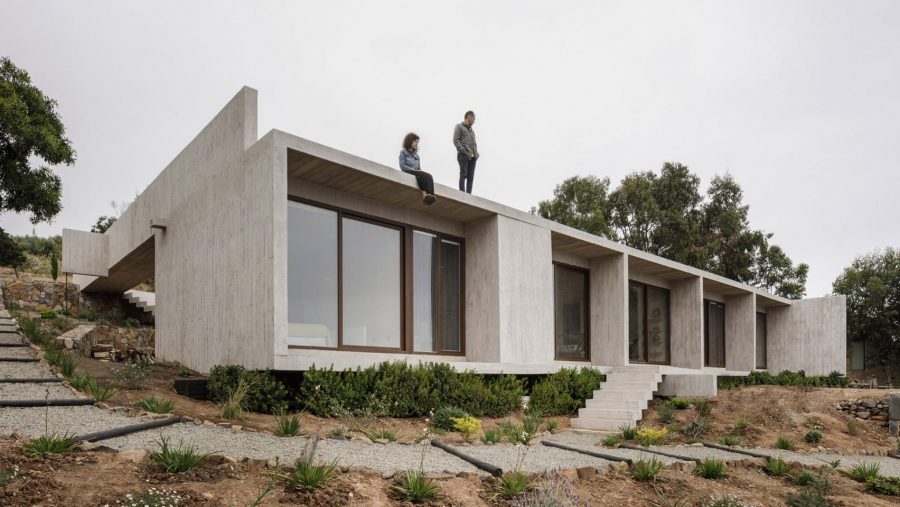 Casa Cipolla from Felipe Assadi Arquitectos has a striking, angled concrete staircase which weaves its way down to the entrance level, in order to accommodate the incline of the plot of land. The rest of the Casa Cipolla is made from the same material, to give the exterior a pleasing, unified appearance. You’ll find a courtyard at the entrance which is formed by an embankment that has been erected along the slope, which will stop the cliffside from crumbling, and delivers space for a level area on the exterior. 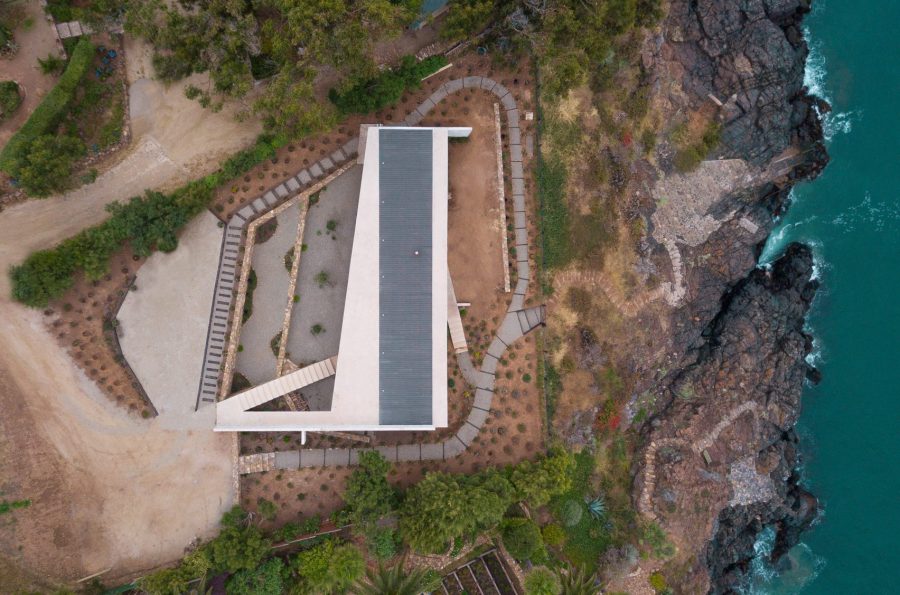 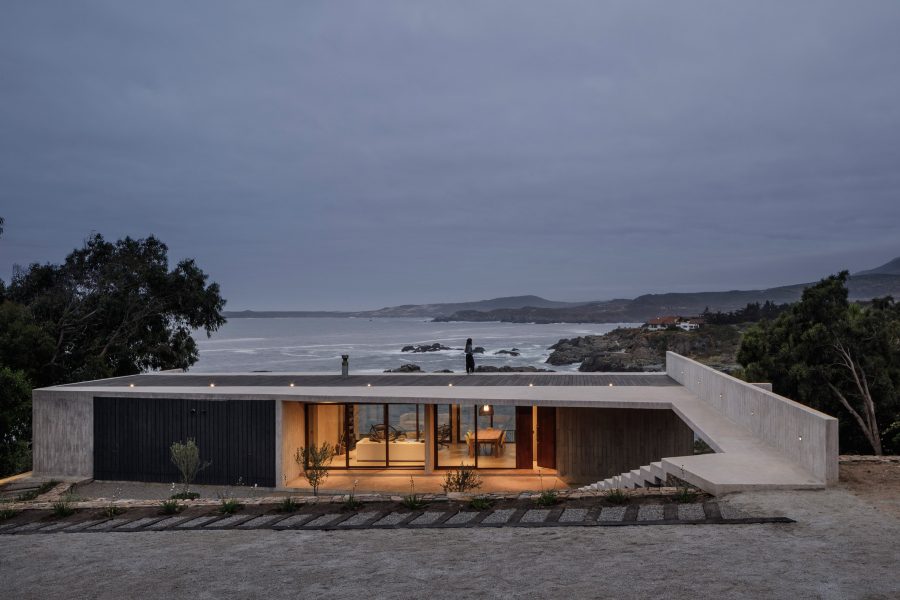 With eye-catching sliding glass doors which run along the front and rear of Casa Cipolla bathing the space in plentiful natural light to the inside and straightforward access to the terraces on both sides of the residence. Another set of steps then leads from the back patio to a path along the rocky plot of land around the site and will give many great views out on to the Pacific ocean to be enjoyed.

We can think of few better views than the Pacific Ocean here at Coolector HQ and Casa Cipolla gives you some out of this world spaces in which to enjoy them, including a viewing deck on the roof of the property. Contemporary in design, there is an open-plan kitchen and living room, which sits at the centre of the home and is joined by bedrooms and bathrooms which flank it on either side, with a master suite on one end and two bedrooms at the other end. 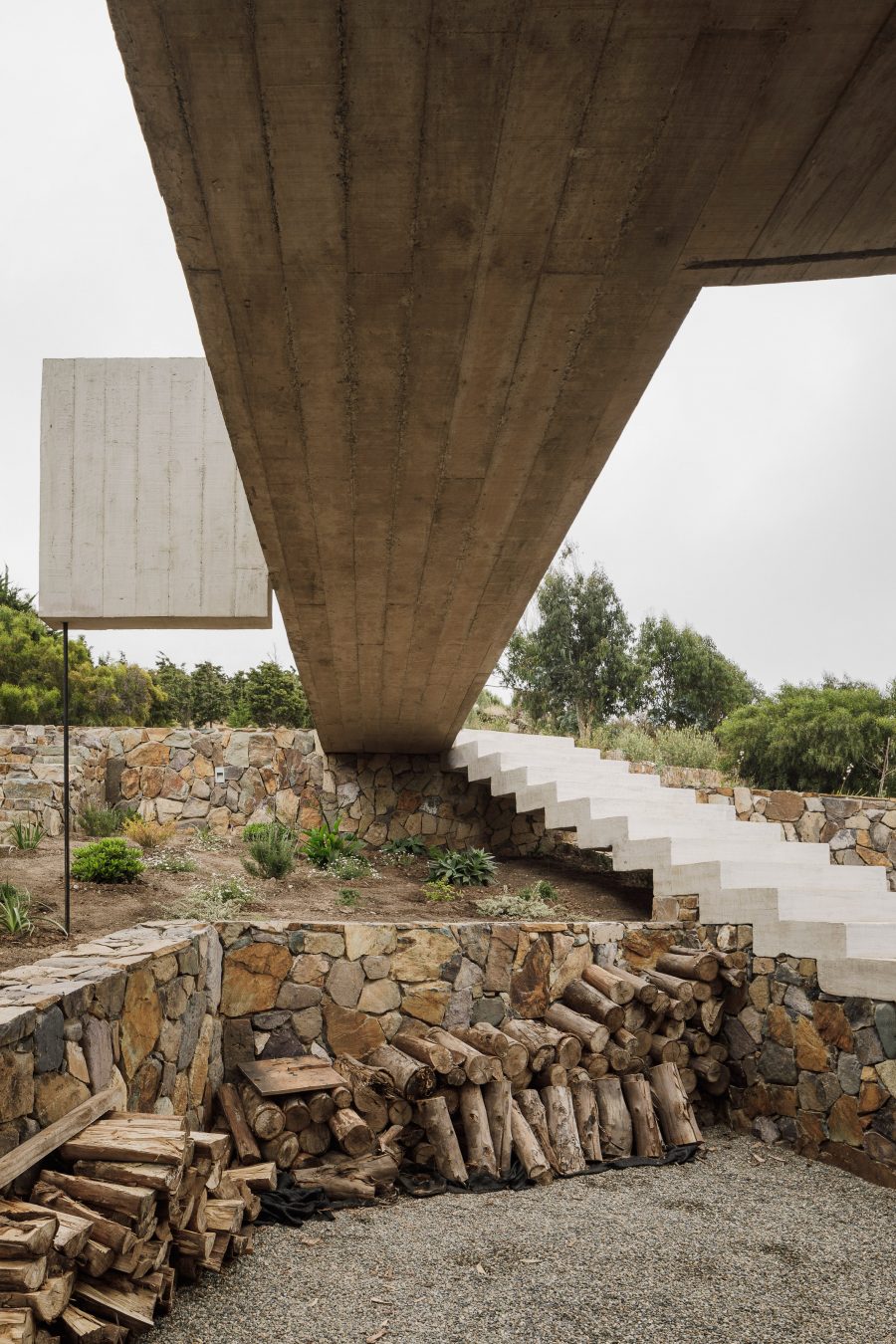 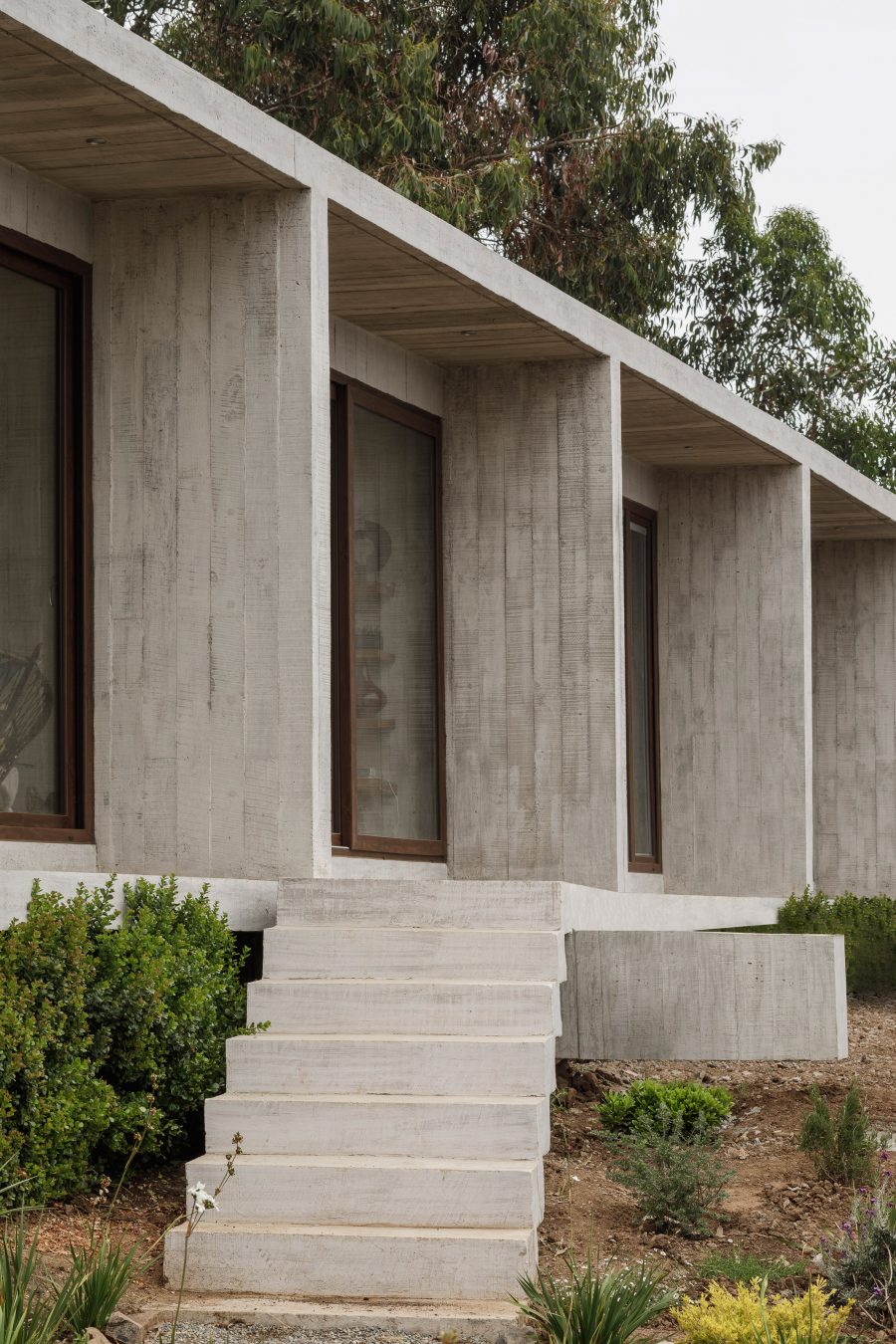 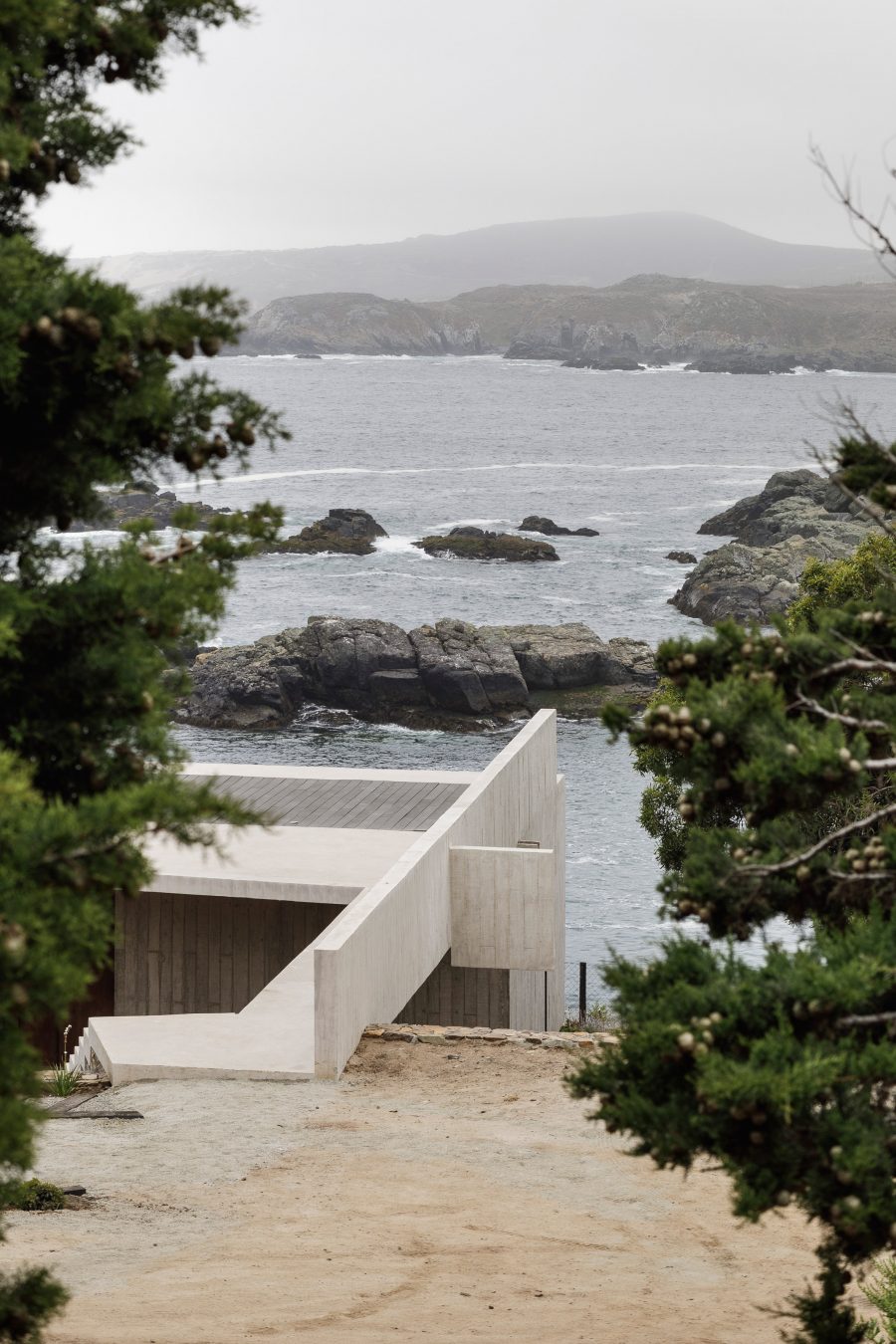 Understated, minimally decorated interiors are the call of the day with Casa Cipolla and, as you would expect, the emphasis is placed on the sea views and these are maximised via the floor-to-ceiling windows. One of a number of properties that Felipe Assadi Arquitectos have completed on the Chilean coast and, from what we can see, one of their most spectacular.