It’s fair to say that when the climate permits it, it’s a good idea to build a house around the outdoors space and make that the focal point of the home because there are few feelings better than relaxing and unwinding in a tropical climate. Well, that’s exactly what Casa TM which architects, CDM, created in Tecoman city in Colima – a small state on Mexico’s west coast. Particular attention has been paid to the courtyard area of the property because that’s where the residents wanted to spend most of their time.

The Casa TM property from CDM in Colima boasts a limestone lattice which sublimely curves around a tropical, verdant garden at the centre of this house in Colima, Mexico. The architecture firm behind this stunning piece of design, CDM, have carefully considered the layout of the house in order to provide its residents with an “unending vacation”. Effortlessly flowing from one space to the next, Casa TM has definitely caught our eye here at Coolector HQ.

CDM are clearly experts in creating coastal retreats and they designed the layout for this 11,670-square-metre former palm grove, which was cleared for the build, with some considerable aplomb. The overriding objective for the project was to deliver a relaxing retreat for a family of four, whilst also making sure to make as little impact on the surrounding environment as possible. The architect’s idea for the build was to integrate the diverse phenomenologies inspired by the tropical paradise of the Mexican Pacific, so as to create a property that provides the feel of a holiday retreat 24/7. 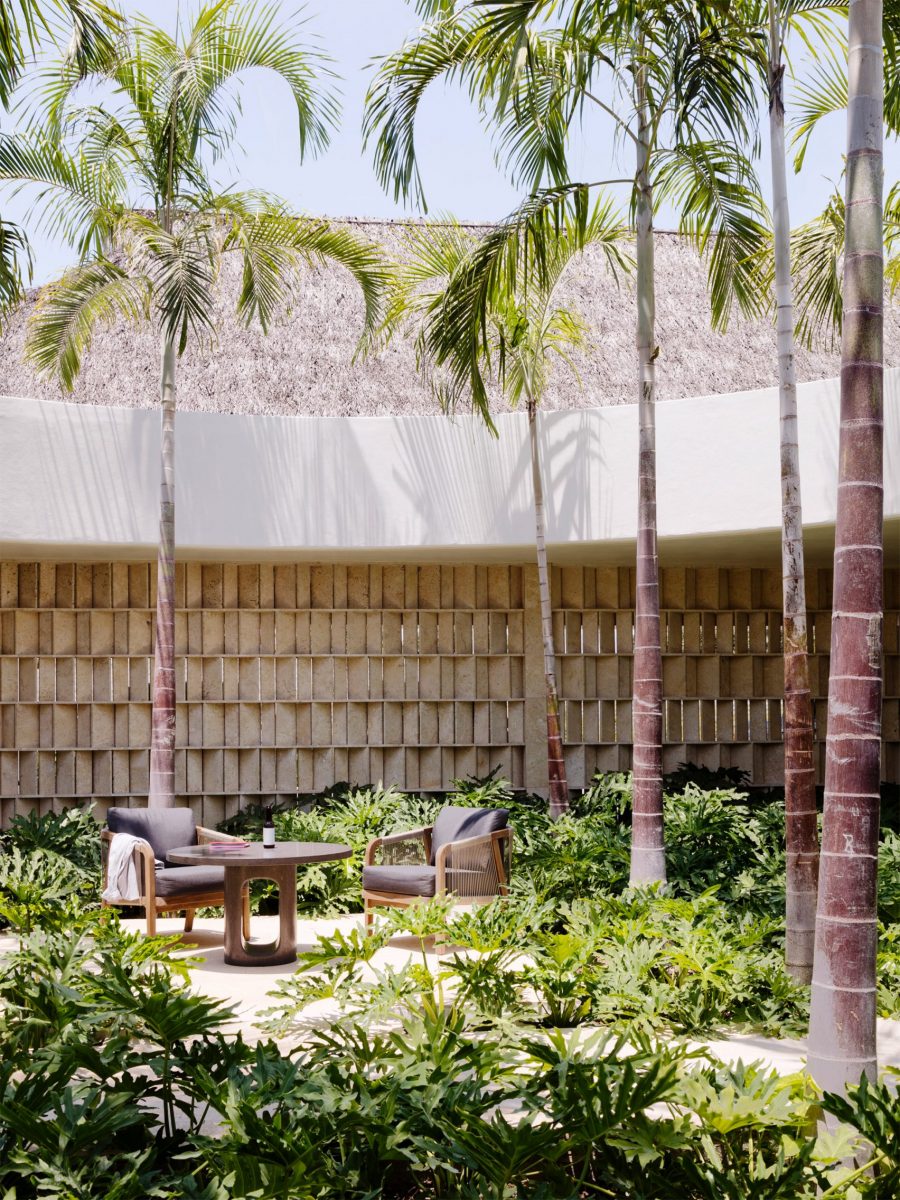 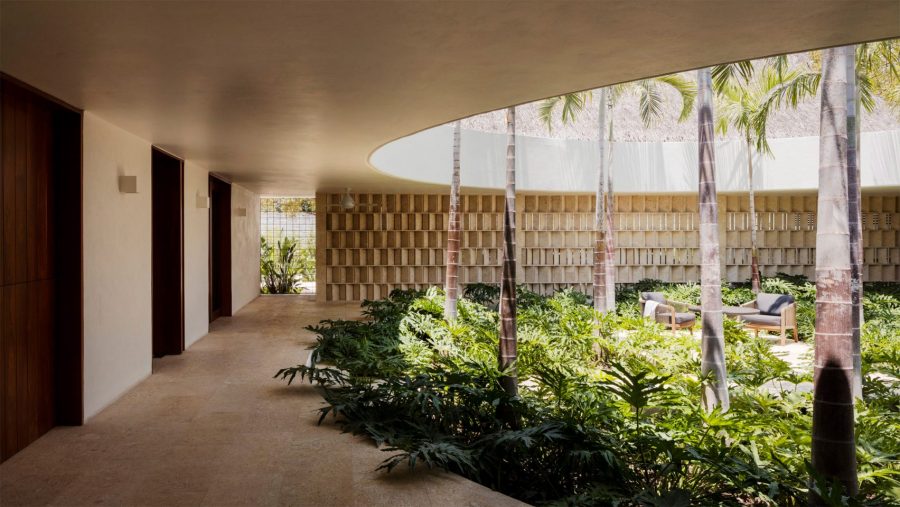 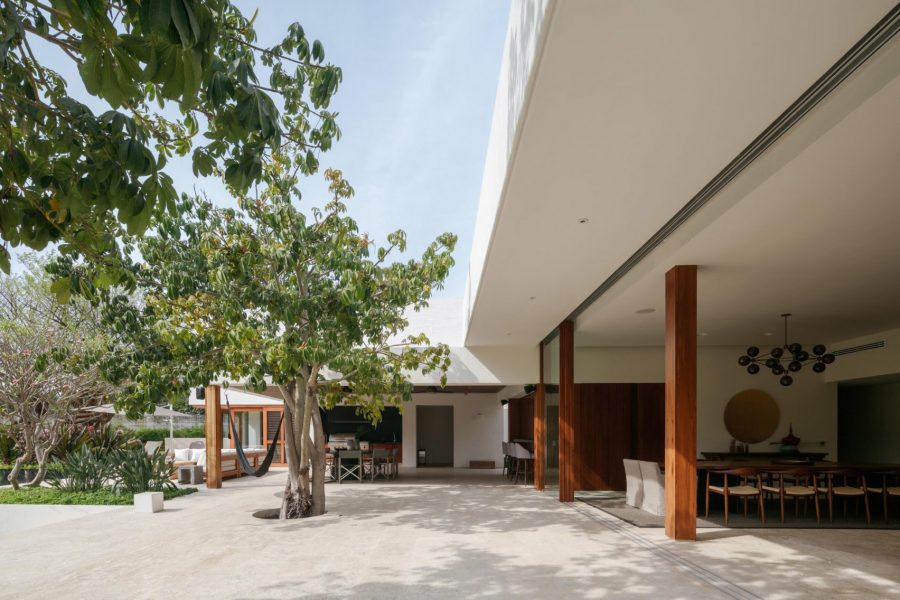 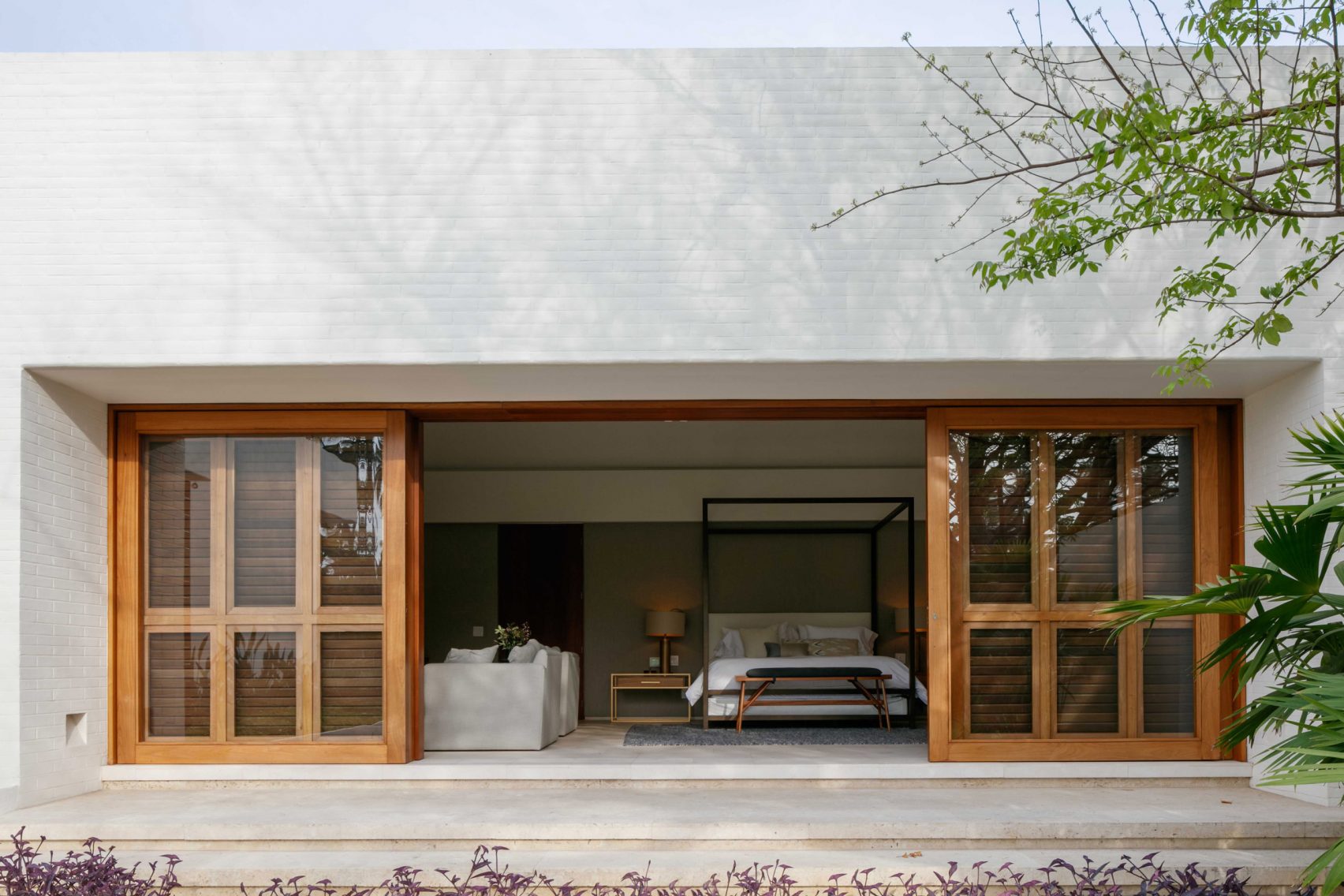 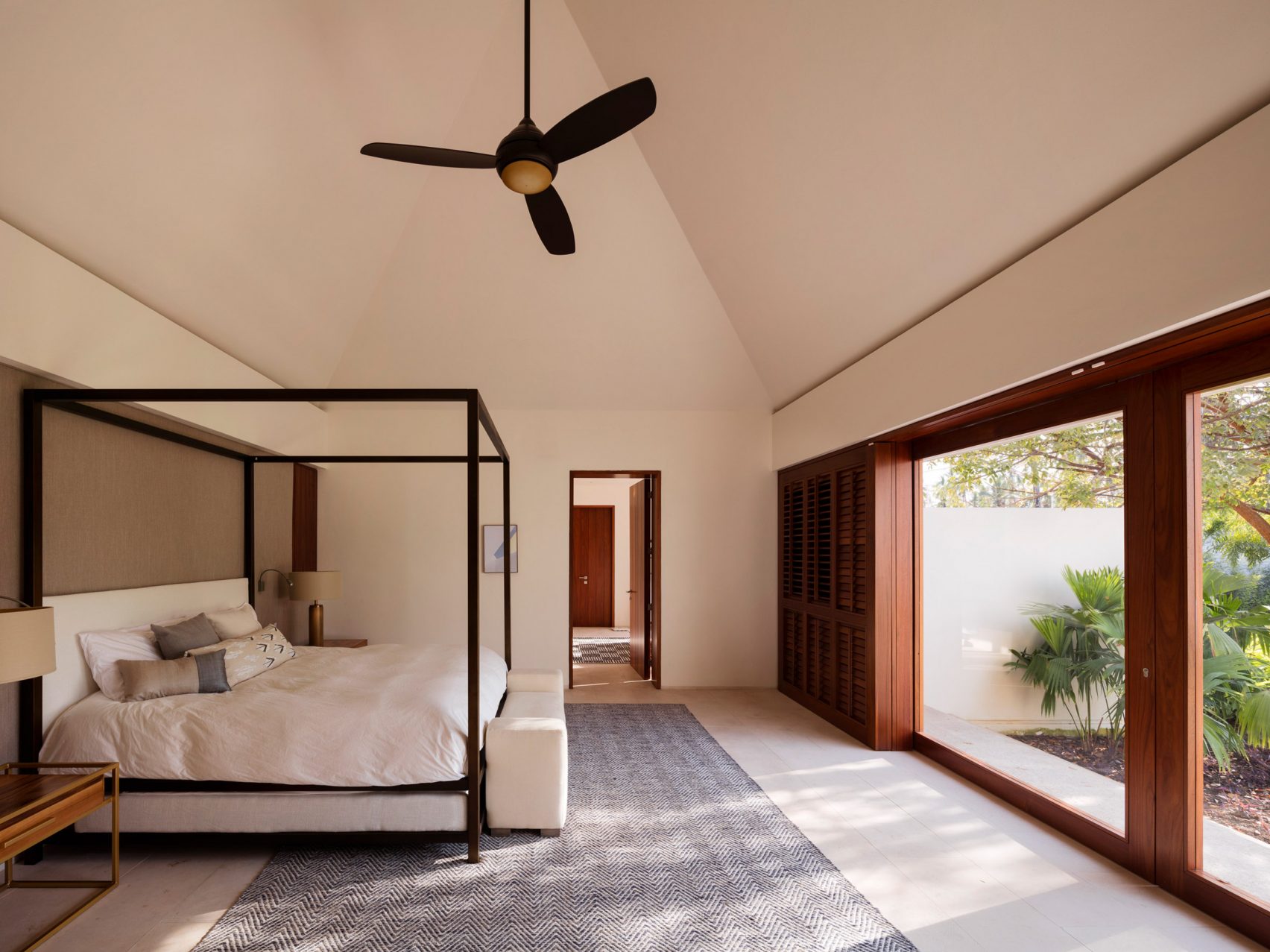 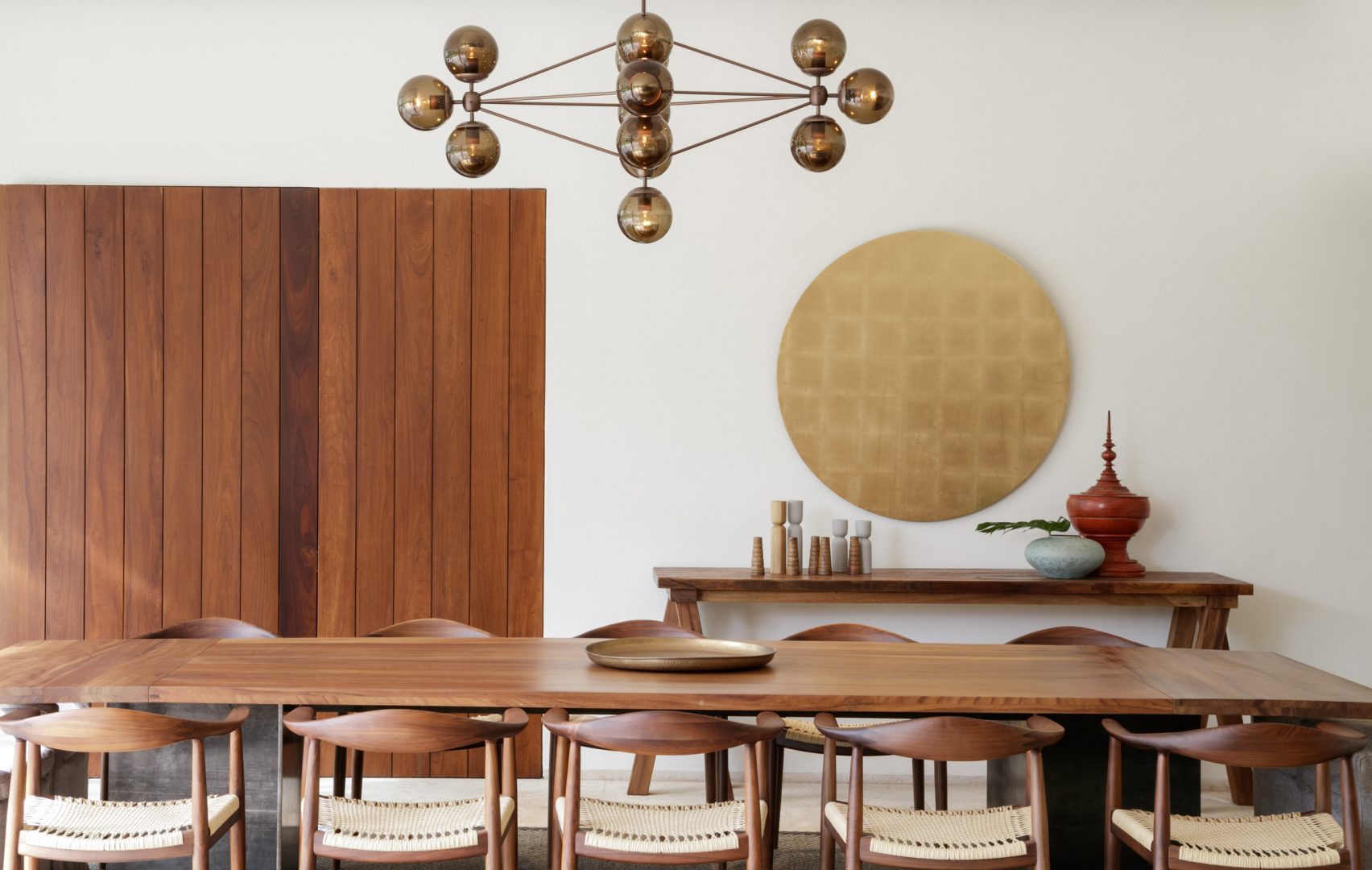 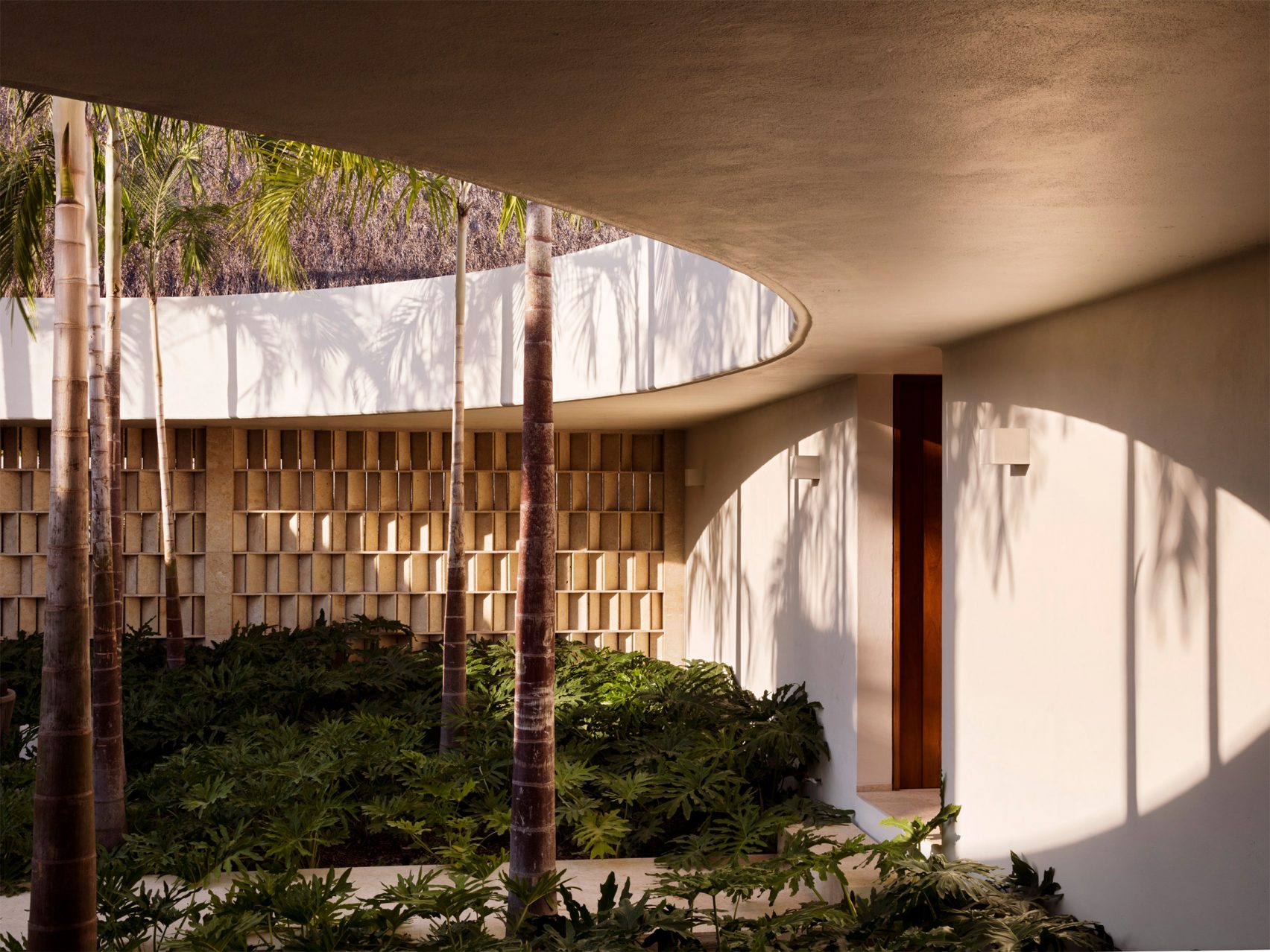 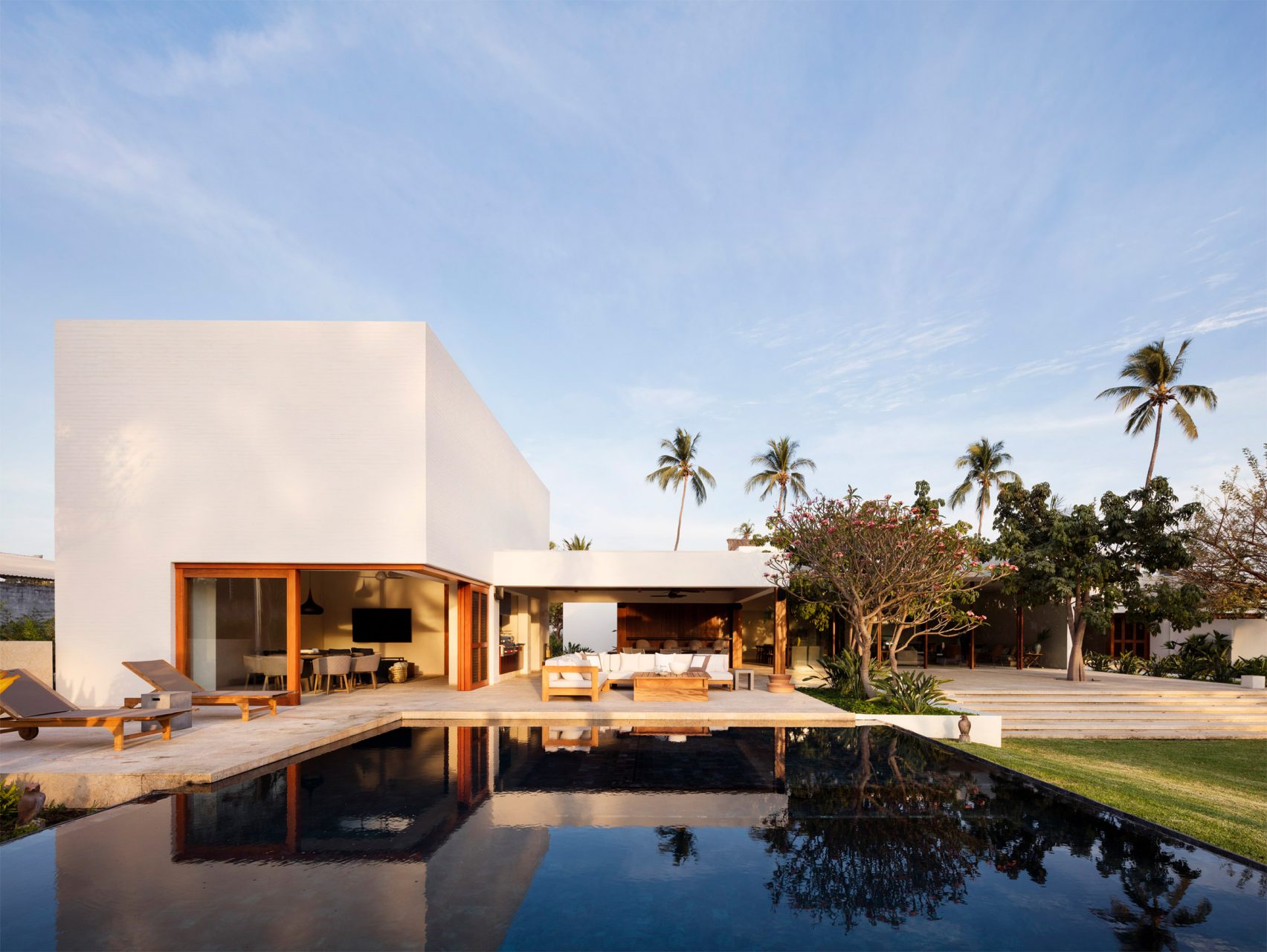 This stunning home is all about the outdoor space because the Mexican coastal climate is such a welcoming one. The Casa TM from CDM Architects represented an interesting design dilemma because the tropical climate in the region was actually “a major concern” for the architecture firm with temperatures ranging from 25 to 50 degrees celsius, and humidity levels rarely dropping below 75 per cent. As a result of this rather unrelenting weather condition, the architects fragmented the residence into blocks with a number of open spaces left in between. This meant that wind tunnels could carry air through the property freely, from the swimming pool at the front, to the garden at the rear. 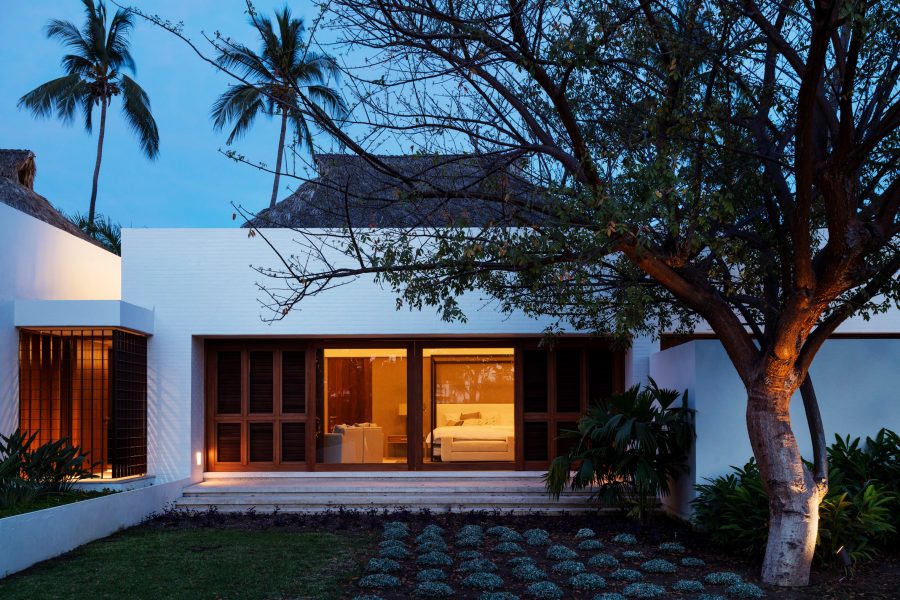 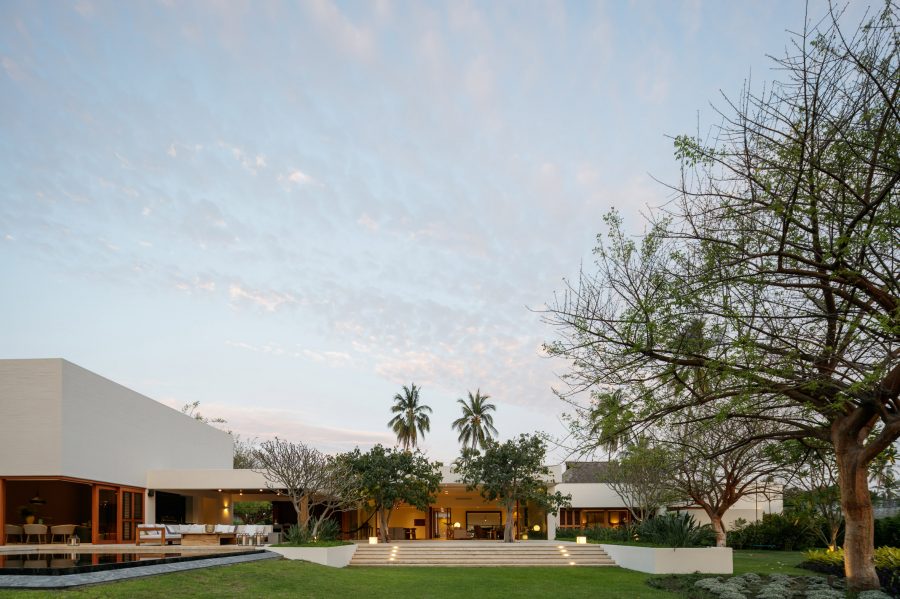 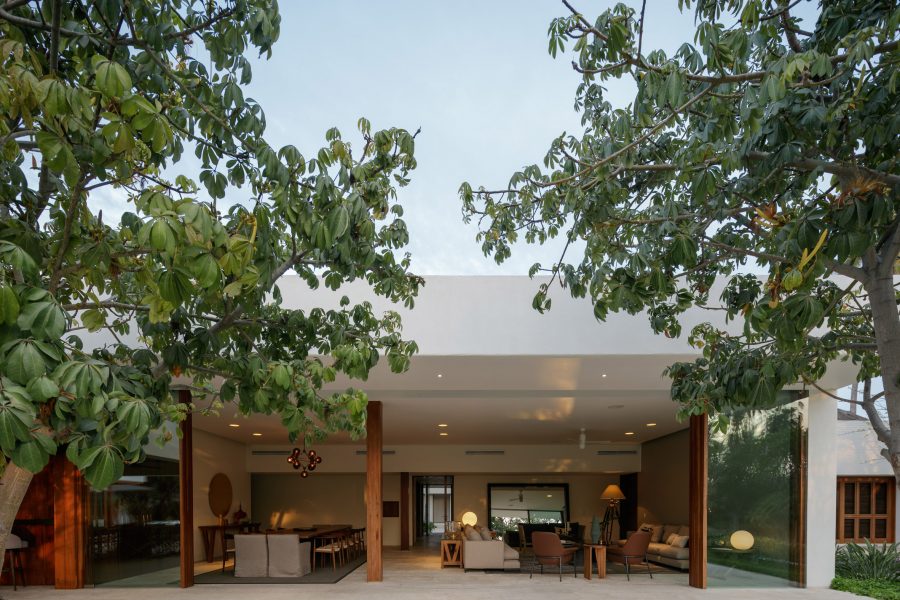 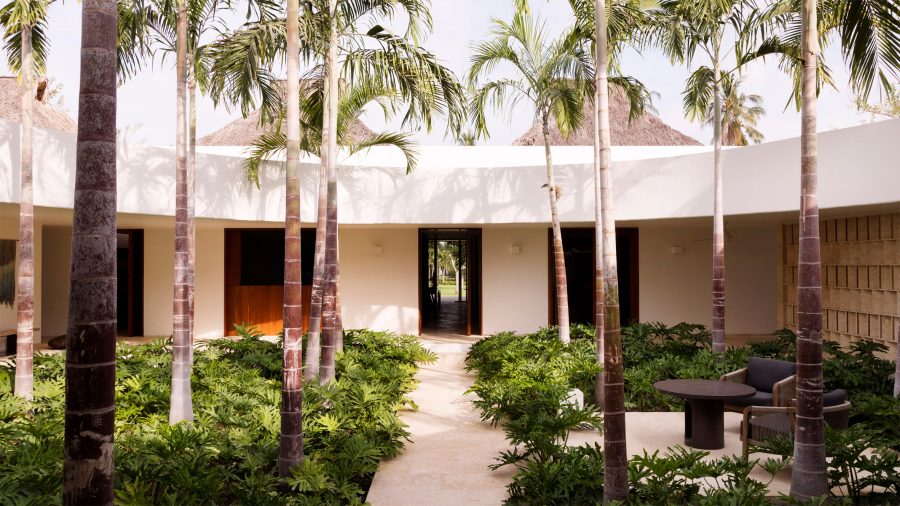 The Casa TM coastal retreat blurs the lines between the inside and the outside, and favours patios, gardens, terraces, and open spaces in order to deliver the wonderfully natural flow throughout the home. The main outdoor area of the home is a round courtyard space located at the centre of the house, which CDM decided to fill with native vegetation and palm trees to give a local feel to the property and fit in with the tropical nature of the climate.

The architects have managed to fit an abundant amount of rooms into the Casa TM which surround the focal point courtyard. This includes each volume around the outdoor area which plays host to a different function, including the family room and the kitchen – which are separated by a narrow passage – the guest room, a gym and two bedrooms. In addition to these you’ll find wings for the games room, the master bedroom and ensuite, and a second living room and dining room, which are all situated on the outskirts of the courtyard. 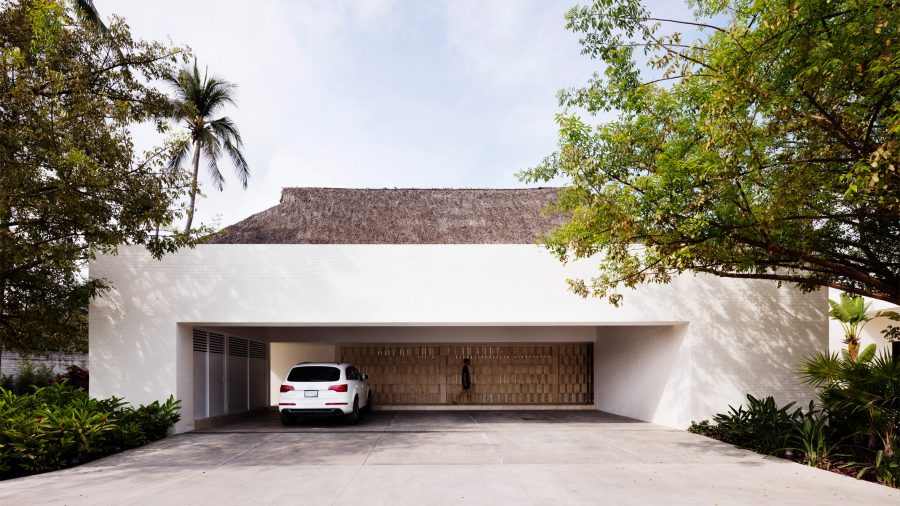 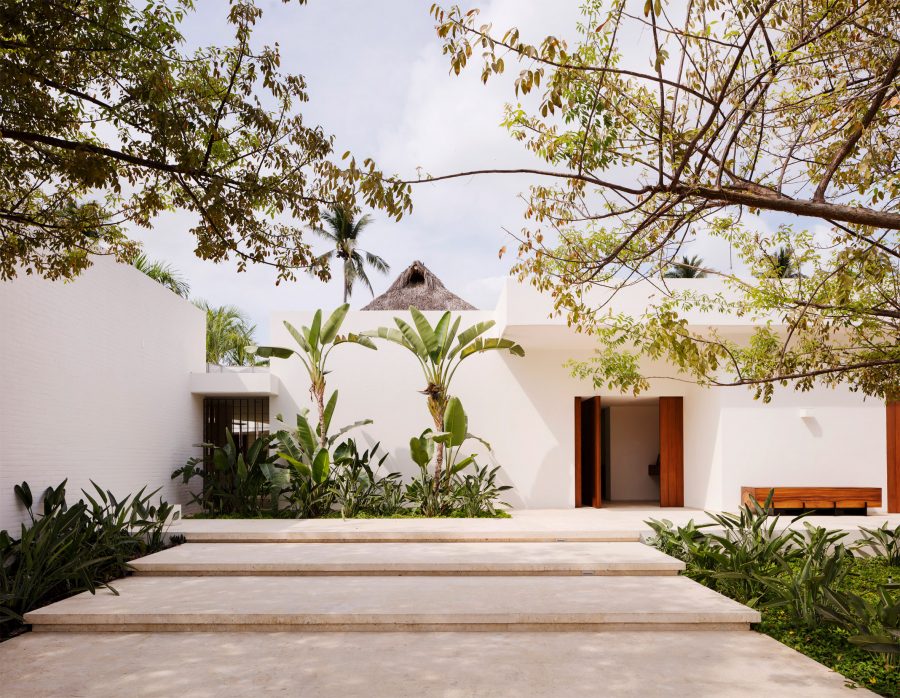 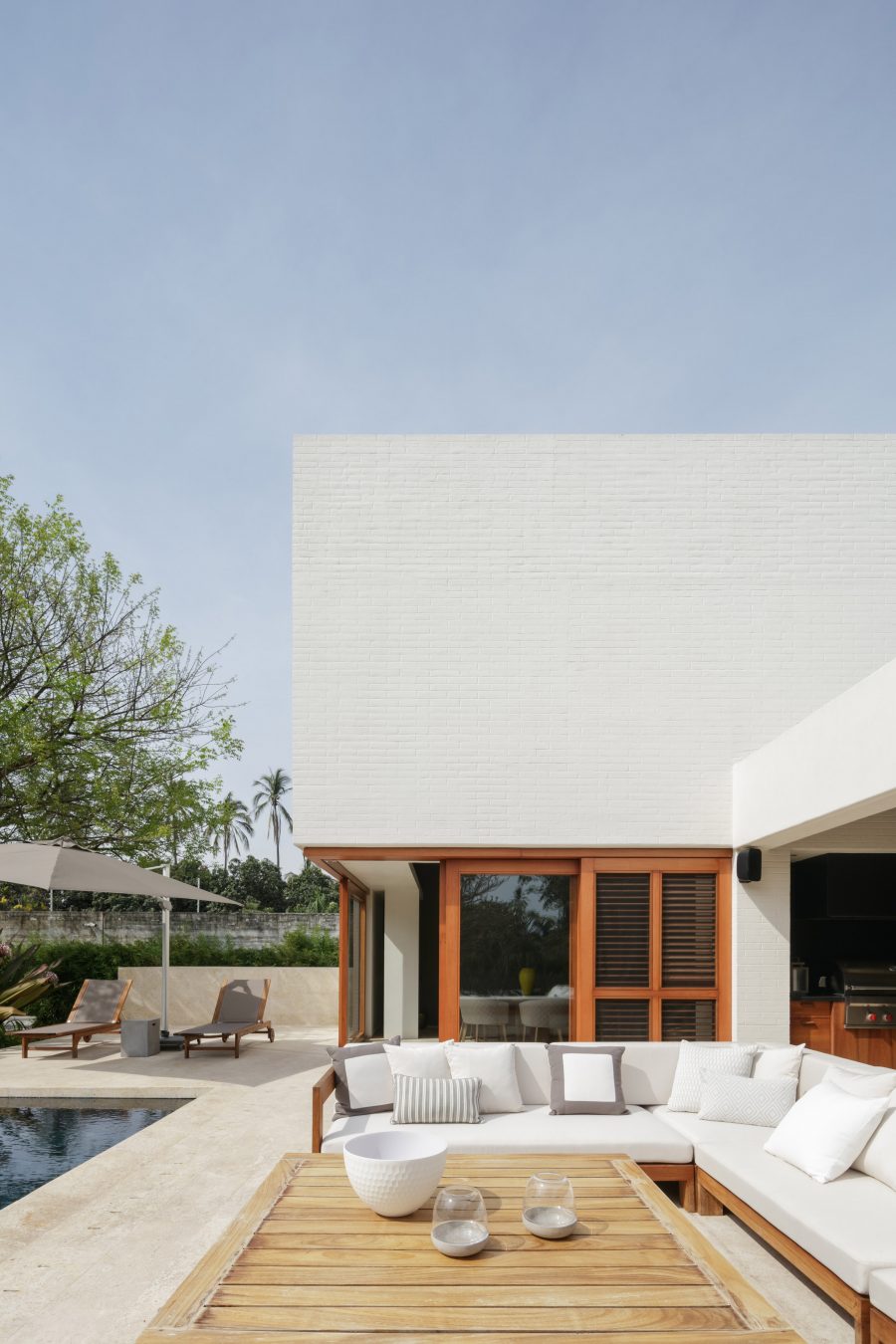 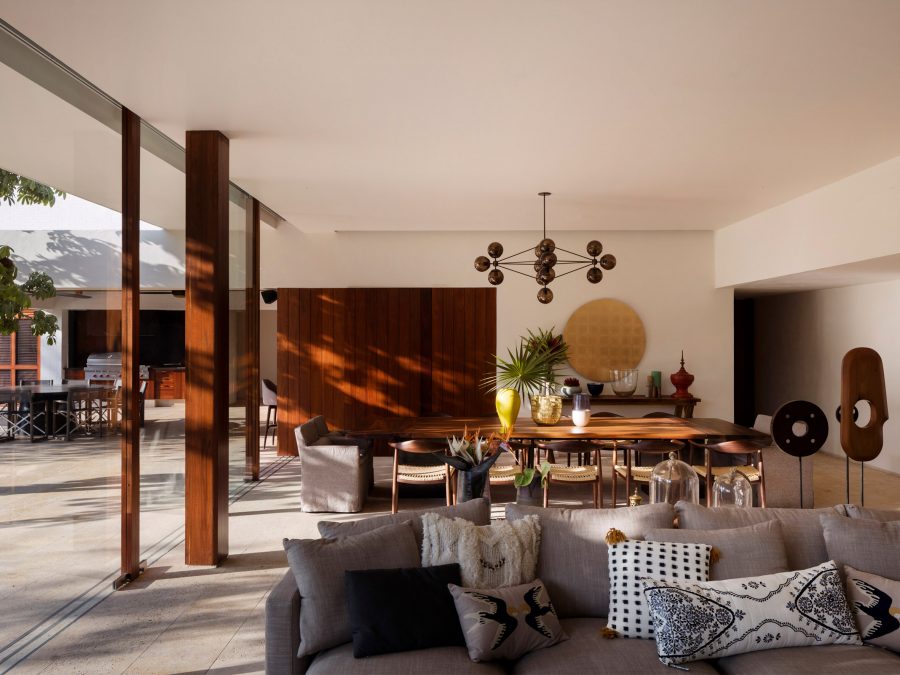 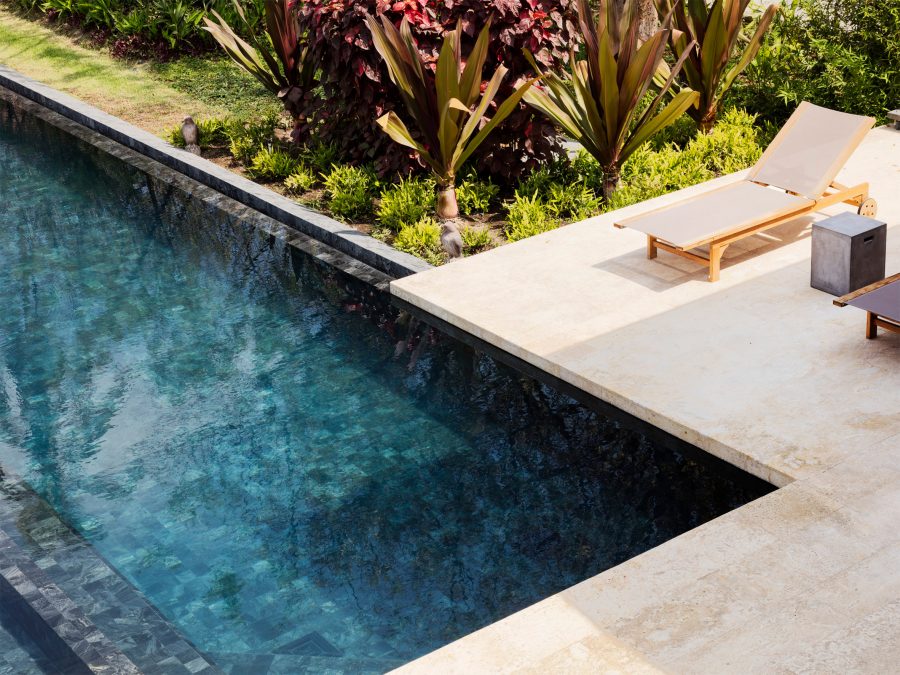 A real stand out piece of architectural design, the Casa TM from CDM Architects has well and truly caught our eye here at The Coolector. We love the thought of living in more tropical climes and, rest assured, this is exactly the sort of dwelling we’d gravitate towards were money no object.