Perhaps not in the most visited part of Paris but certainly not without its charm, we'd definitely recommend a stay at citizenM Gare de Lyon.

When travelling, we typically try and see as much of a city as possible when we stay there and that’s why, during our recent trip to Paris, the citizenM Gare de Lyon in the city’s 12th arrondissement called out to us. Far removed from the hustle and bustle of central Paris, this excellent little hotel has it’s own vibe and with so many first rate communal areas and modern technology in the rooms, you’ll likely not want to leave the confines of the hotel.

If you do leave, however, you’ll find a hotel which is situated on the north bank of the Seine (albeit a slightly overflowing Seine during our stay) and there are some great amenities within a short walk of the hotel – not least one that came as a mighty pleasant surprise to us by the name of Bercy Village, which was positively chock full of boutique shops and restaurants and had a great atmosphere that was considerably less touristy then you’d expect to find in central Paris. 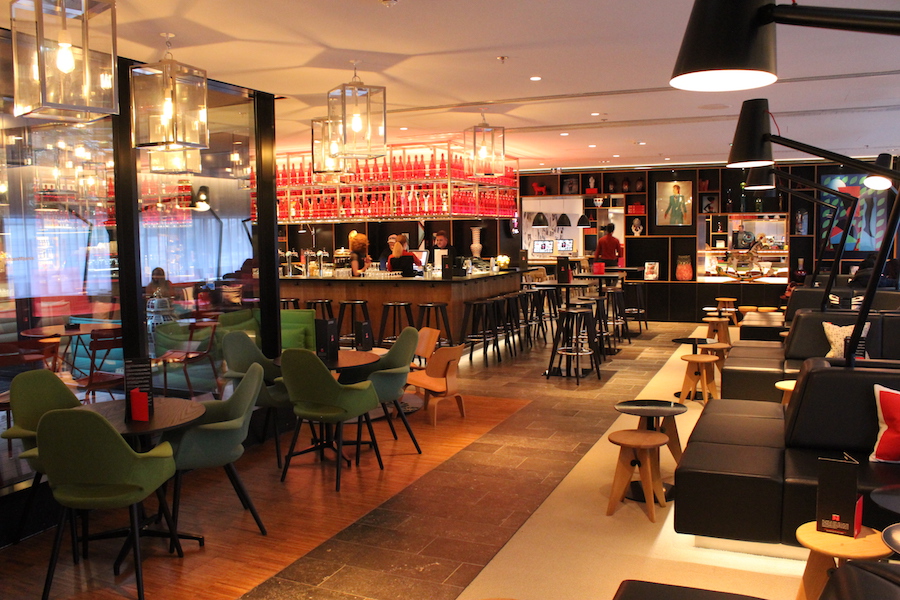 As with all citizenM Hotels, this one at Gare de Lyon puts particularly stock in making the communal areas the hub of the property to bring travellers together and the spectacular lobby leads to a glorious restaurant and bar, where you’ll find most of the residents during their stays – either working away on their laptops or enjoying the great food and drink of the hotel.

A Different Side of Paris

Needless to say, most visitors to Paris will gravitate towards the central areas close to the major attractions but a stay at the citizenM Gare de Lyon will show you another side to the city and that’s something that any regular traveller will appreciate. Located a literal stone’s throw from the incredibly grandiose Gare de Lyon train station, this great, contemporary hotel will be perfectly suited for those travellers making whistle stop visits to the city and want to be close to a central transport hub. 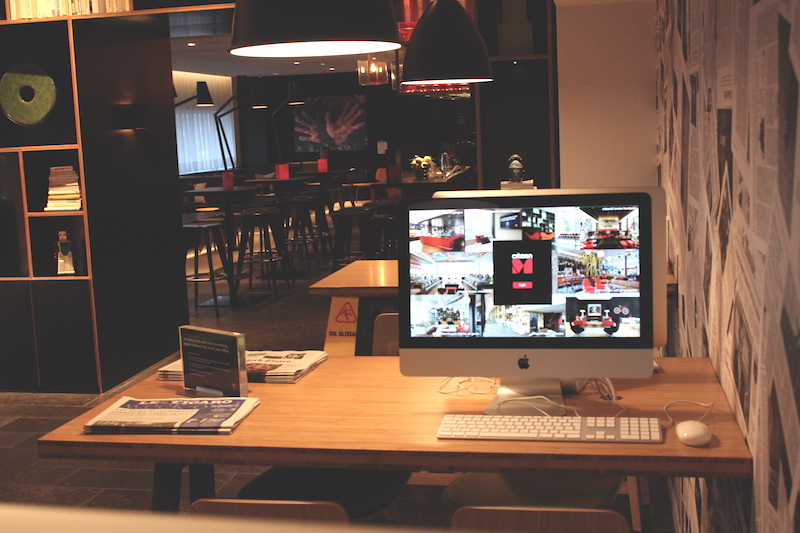 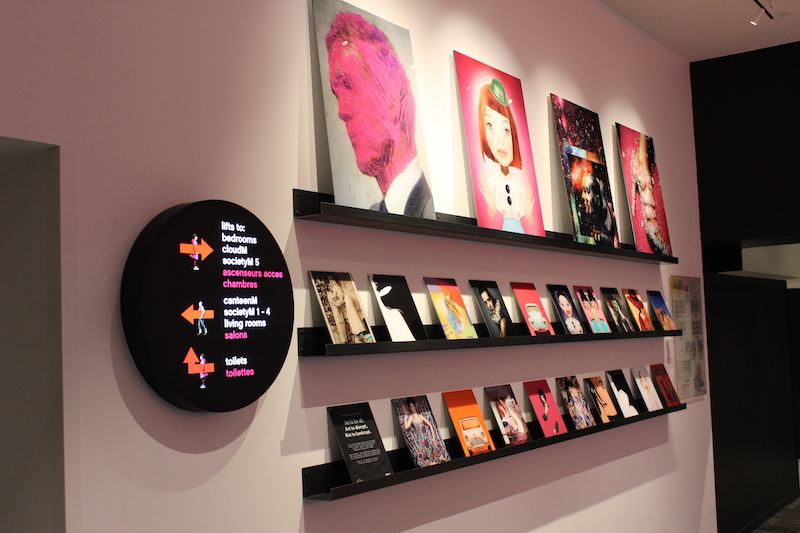 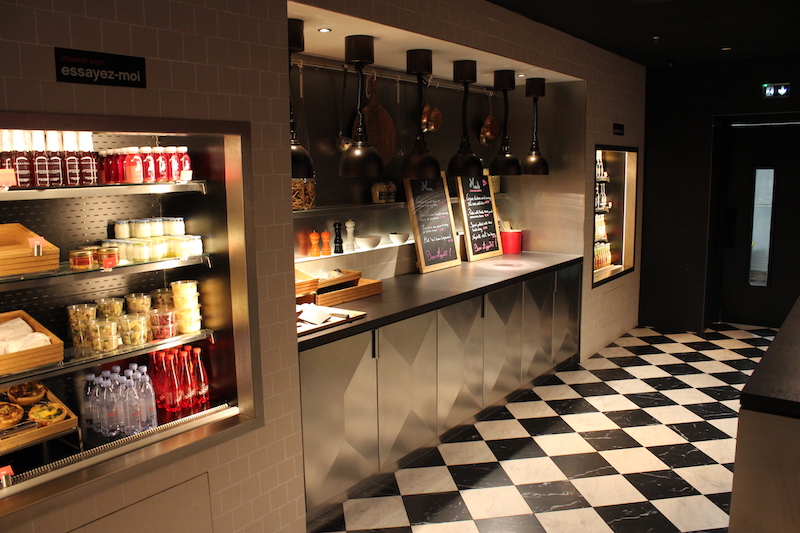 It’s not just the train station adjacent location that will appeal to visitors of the citizenM Gare de Lyon, it is also situated close to the second-biggest park in Paris, namely the Bois de Vincennes, and also a hop, skip and a jump from the very Parisian and stylish Marais neighbourhood. A vast hotel with 338 rooms which are overflowing with all the latest technology, comfort, and eye-catching design which could be shoe-horned into their small but perfectly formed dimensions. 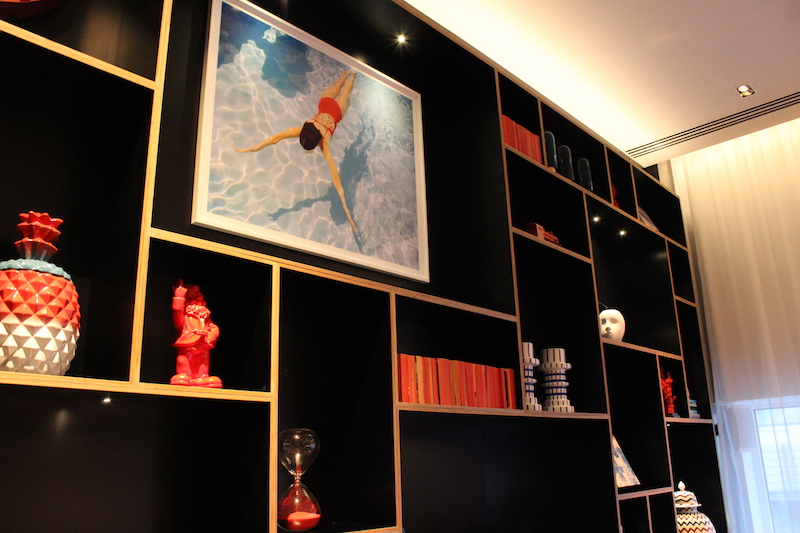 In each stylish and gadget orientated room at the citizenM Gare de Lyon you’ll find 2 x 2 metre beds, customisable lighting controlled via an iPad in the room, blackout blinds for sleeping in late and, something important to travellers such as ourselves, free Wi-Fi throughout. As mentioned, though, it is the communal spaces of citizenM hotels that really help set them apart from the competition and so it proves once again at the Gare de Lyon property. 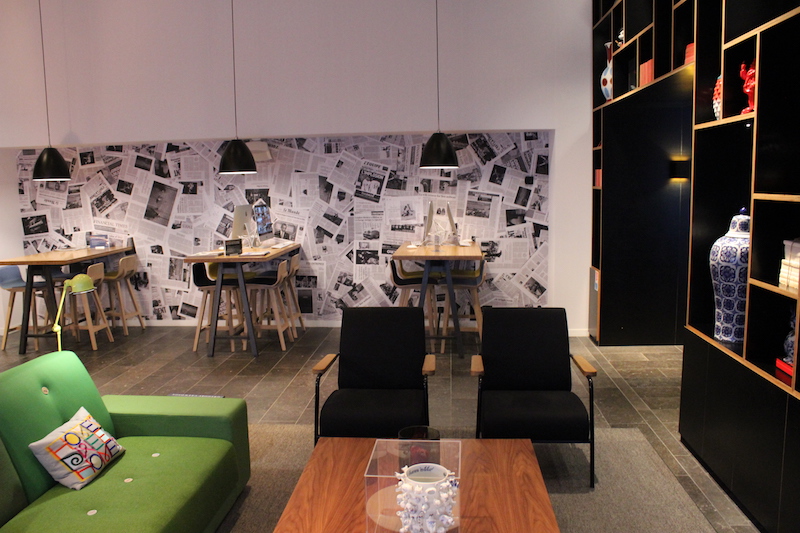 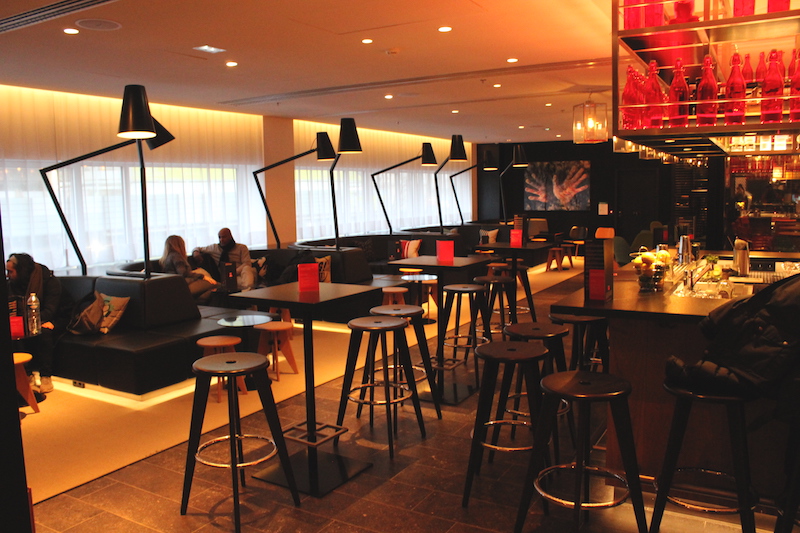 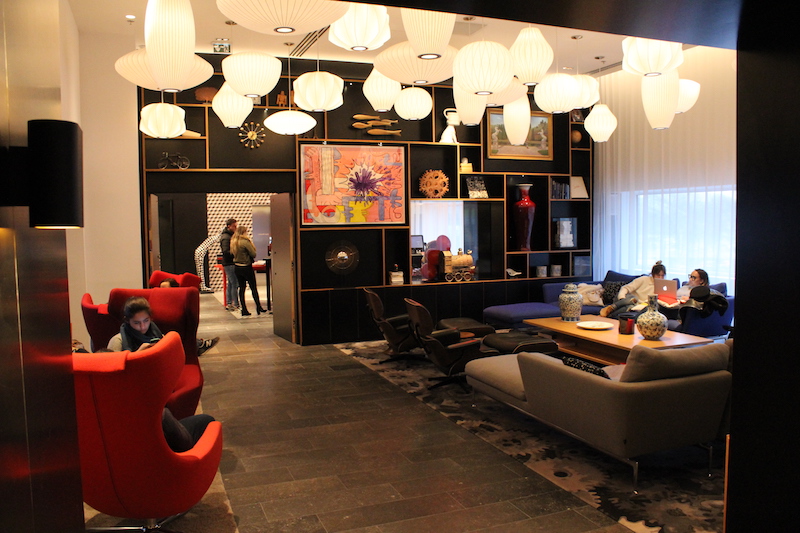 The canteenM is open 24 hours a day to keep you well stocked with food and drink as and when you need it and if its amazing views and delicious cocktails that you’re after then you just need to head upstairs to cloudM bar and make the most of the fantastic selection of libations they have whilst taking in the breathtaking Paris views. The rooftop bar is the real icing on the cake for this superb hotel in one of Paris’ less well known areas.

The hotels from citizenM are a great choice of place to stay if you’re looking to take a load off and just relax in eye-catching and vibrant surroundings. Highly modern in their choice of interior design aesthetic (which might not be to everyone’s taste but we love it at Coolector HQ), this tech centric rooms are ideal for today’s contemporary traveller. We enjoyed our stay at the Gare de Lyon citizenM and whilst it might be a little far out from the central attractions for some tastes, don’t let that put you off. 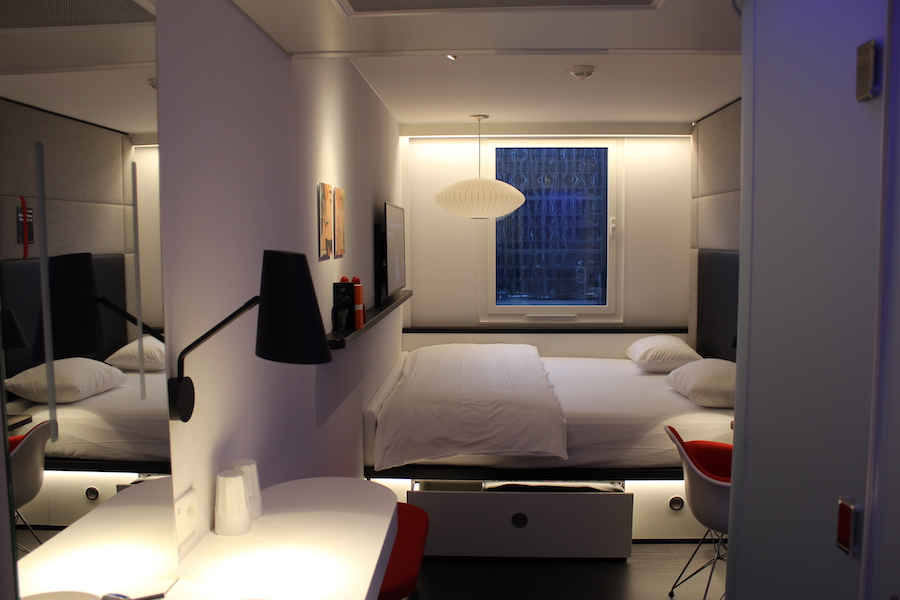 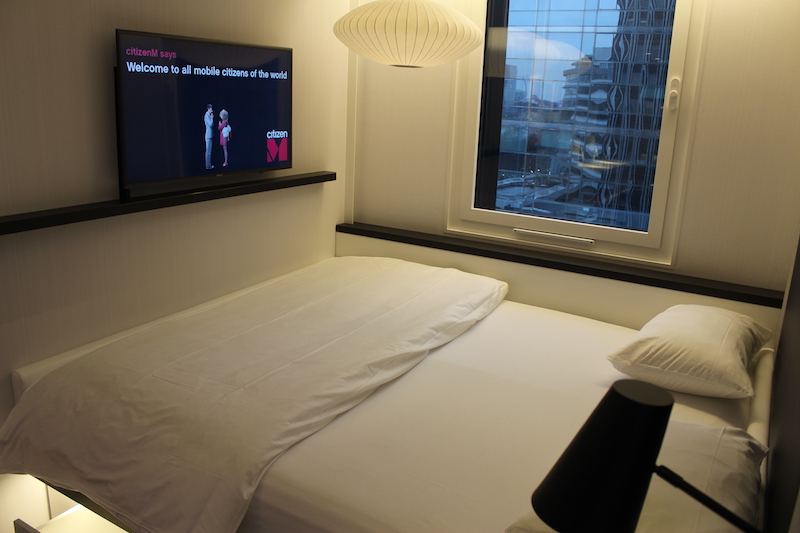 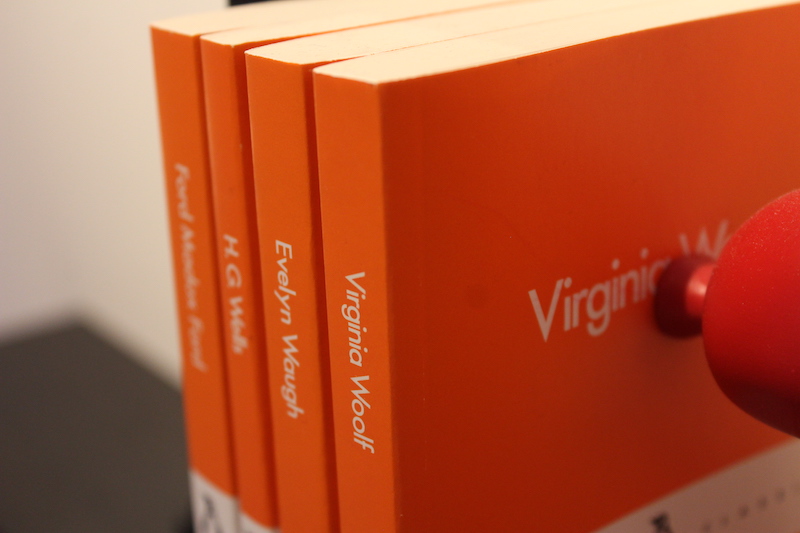 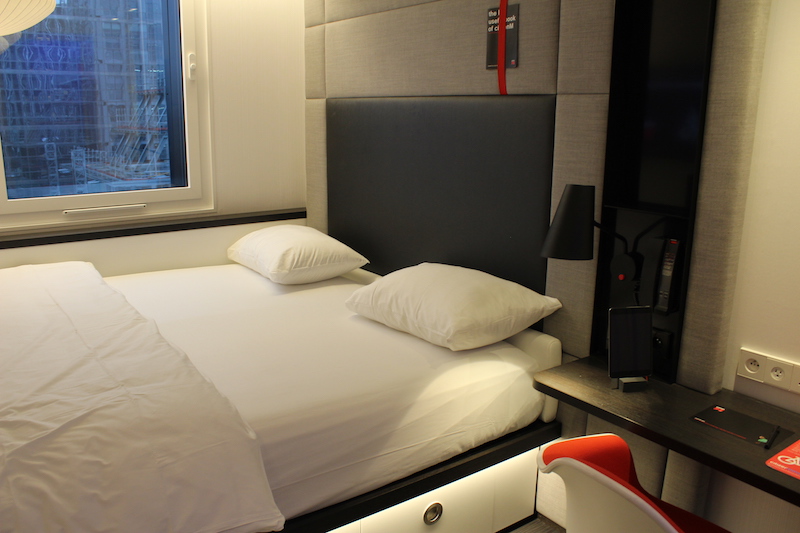 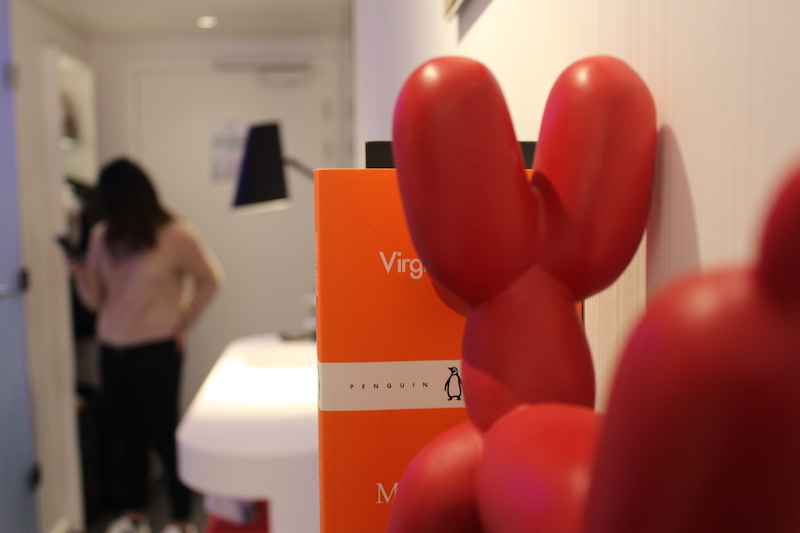 If you’re just travelling through Paris or want to experience different neighbourhoods and areas, we’ve no hesitation whatsoever in recommending this top notch hotel from citizenM. Located in amongst trendy neighbourhoods and right next to one of Paris’ largest parks and biggest railway stations, you’ve got an awful lot on your doorstep here.

Written By
Leo Davie
More from Leo Davie
We’ve definitely got our own tastes when it comes to the sort...
Read More