The Oatmeal is an illustrator that we’ve got a lot of time for here at Coolector HQ and if you’re familiar with another card game from his stable – namely, Exploding Kittens – then you’ll know a little of what’s in store with his latest offering that goes by the rather comical name of You’ve Got Crabs.

This You’ve Got Crabs Card Game is billed as a game of secrets in the deep, dark ocean and, despite the name, it is kid friendly offering that takes just two minutes to learn how to play. You’ve Got Crabs, unlike Exploding Kittens, isn’t a Kickstarter campaign and is available to buy right now at just £20 so if you’ve played Exploding Kittens before and looking for another hilarious game to fill the time, you need to get your hands on You’ve Got Crabs.

Extremely simple to set up and play, the principle behind You’ve Got Crabs is an easy one. You split into pairs and decide on a secret signal between the two of you (such as blinking a lot or touching your ears) and sit across from one another drawing cards in an attempt to get four of a kind and when you do, you have to use your secret signal to let your partner know and if your partner yells “YOU’VE GOT CRABS” before your opponents notice, then you get the point. 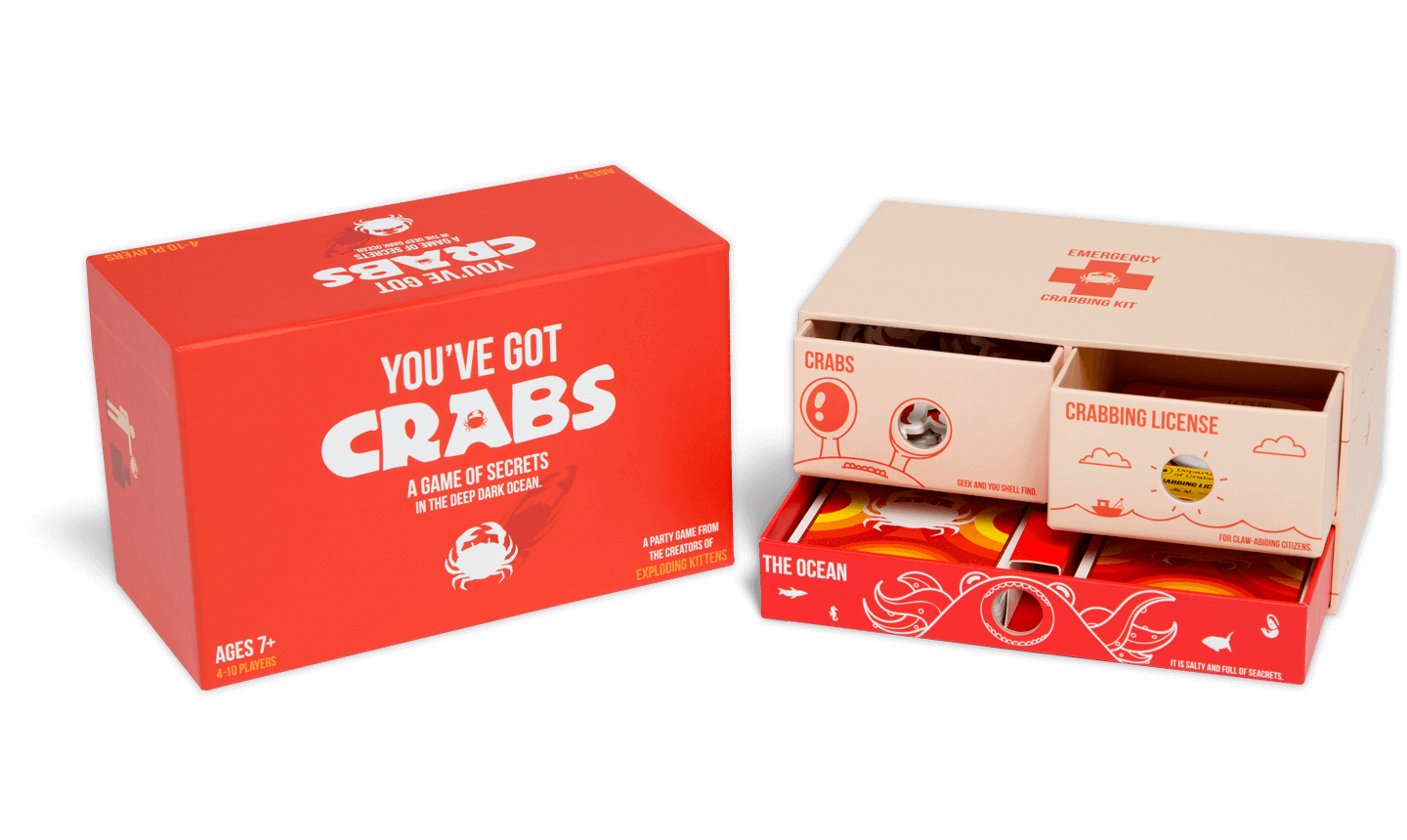 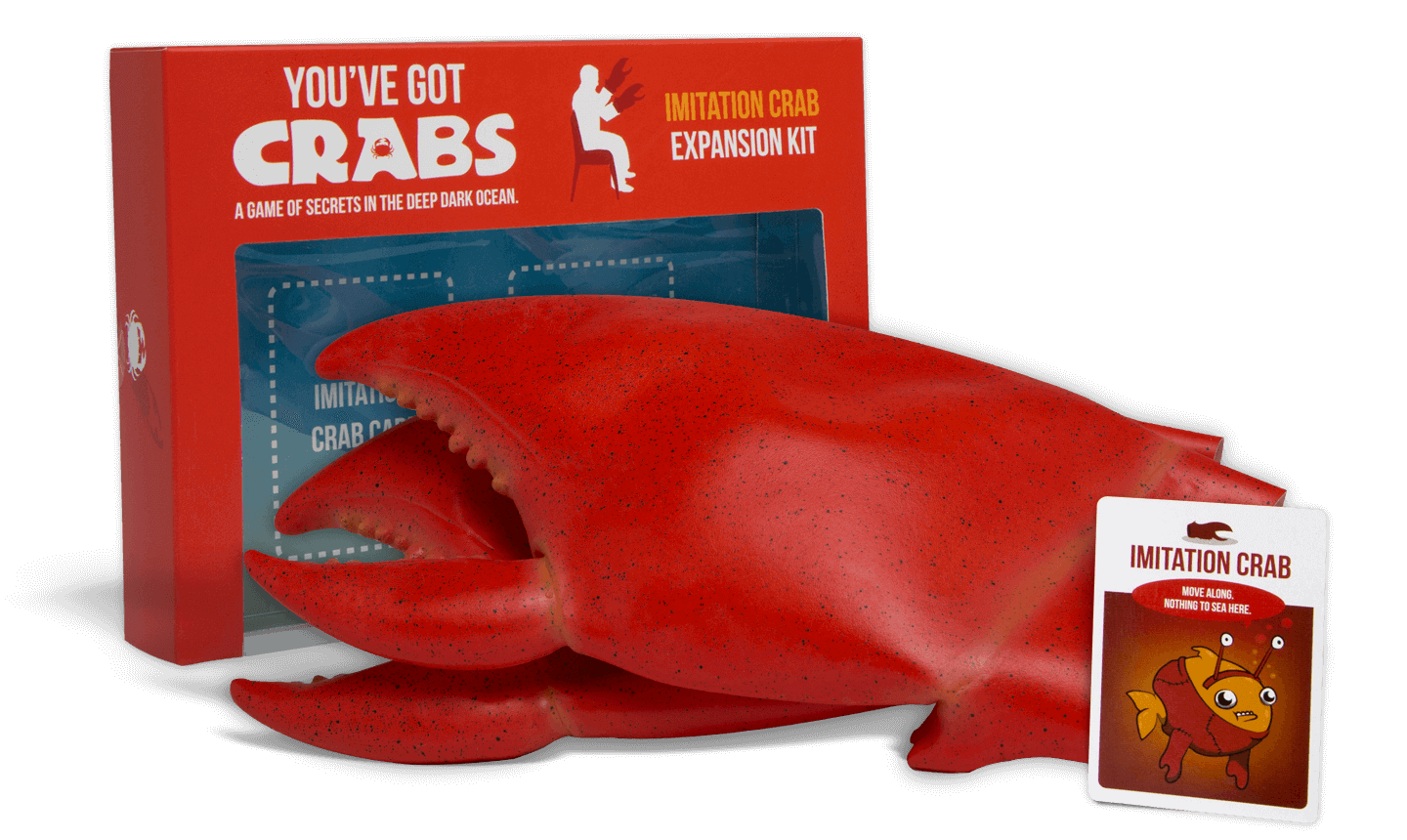 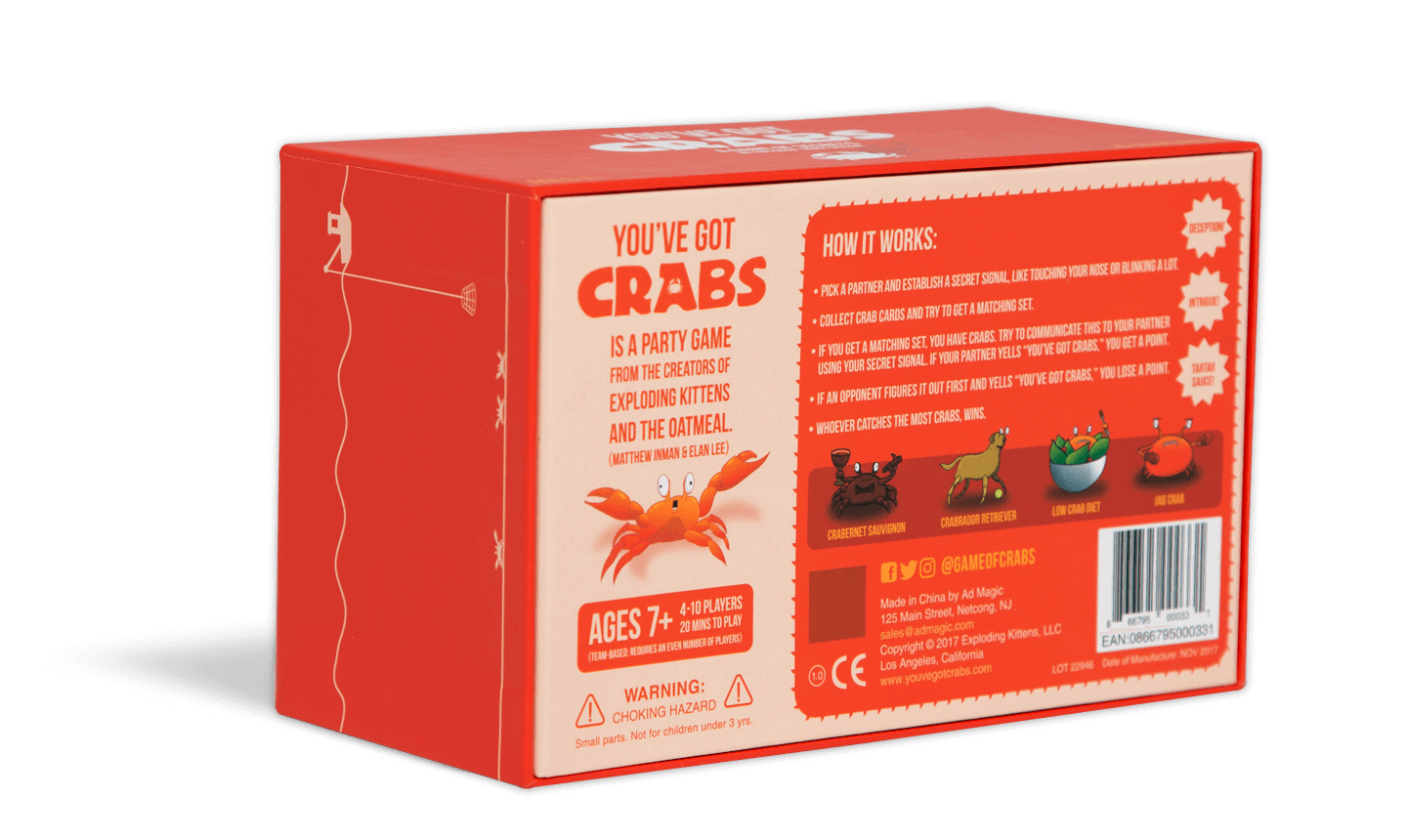 You can purchase the game with an expansion pack as well which comes with two wearable crab claws which will ramp up the fun levels, particularly if playing drunk as would likely be the case here at Coolector HQ. For between four and ten players and taking around 20 minutes to complete a game, this is the perfect party game for those who want a bit of comedy action to proceedings and the game is, as always, really bought to life by The Oatmeal’s excellent illustrations of the sea life. 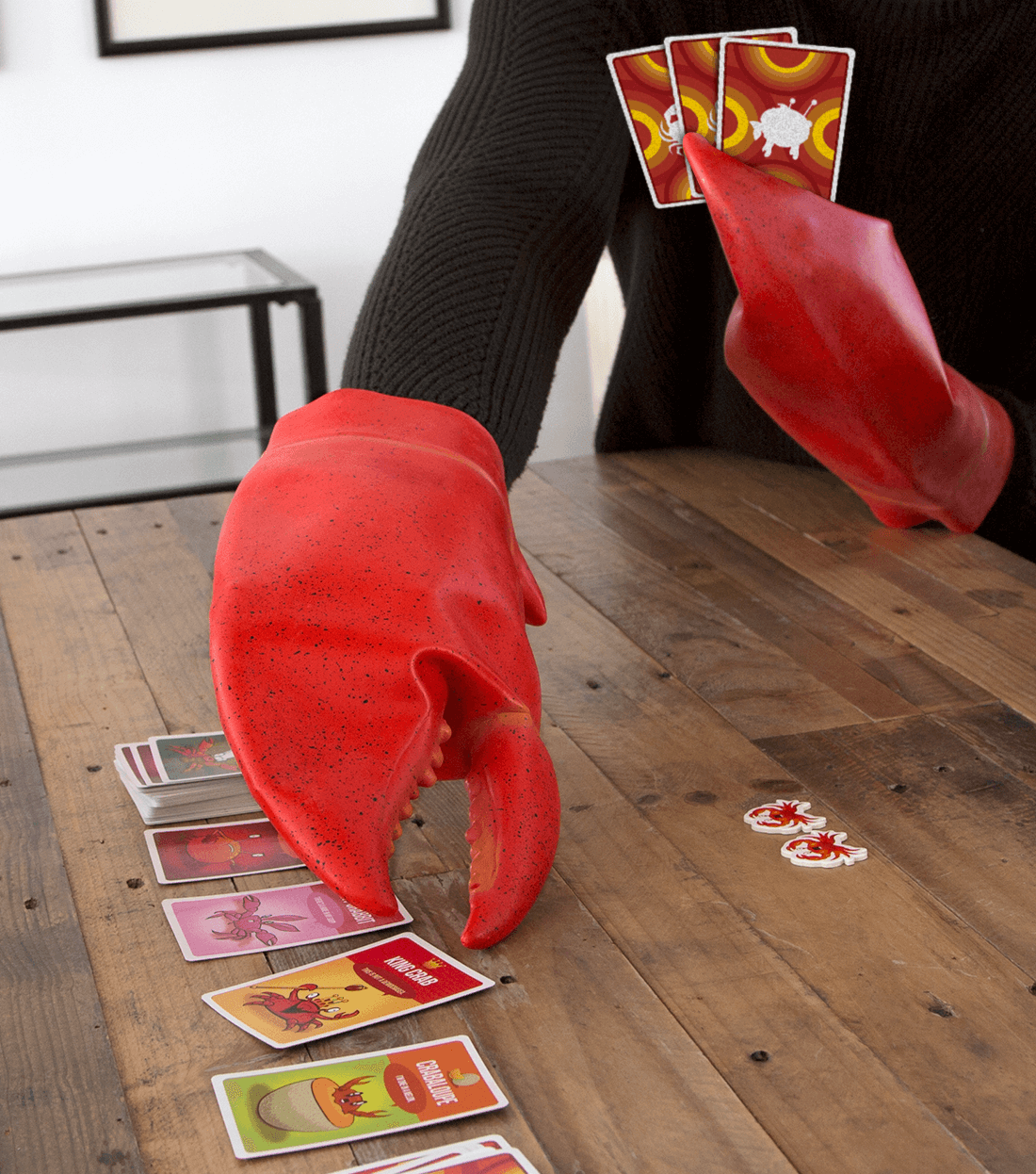 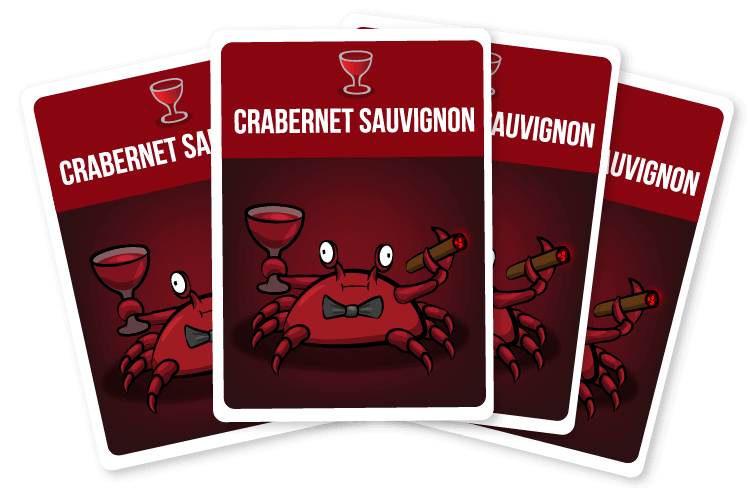 You’ve Got Crabs is the ideal game for those who love a good laugh and don’t want to be stuck playing so epic, monotonous game like Monopoly for hours on end. Quick, funny and imaginative, with no two games ever being the same, it’s easy to see why nearly 20,000 people have already bagged their own of this card game. The striking illustrations are the icing on the cake of this first class game from the brains behind the hugely popular Exploding Kittens and we’ll definitely be looking to get in on the action here at The Coolector.

It’s not easy to come up with new ideas for board games nowadays as most will have been done before but the premise behind You’ve Got Crabs is a pretty unique one and made all the more entertaining by the crab hands and brilliant illustrations from The Oatmeal. 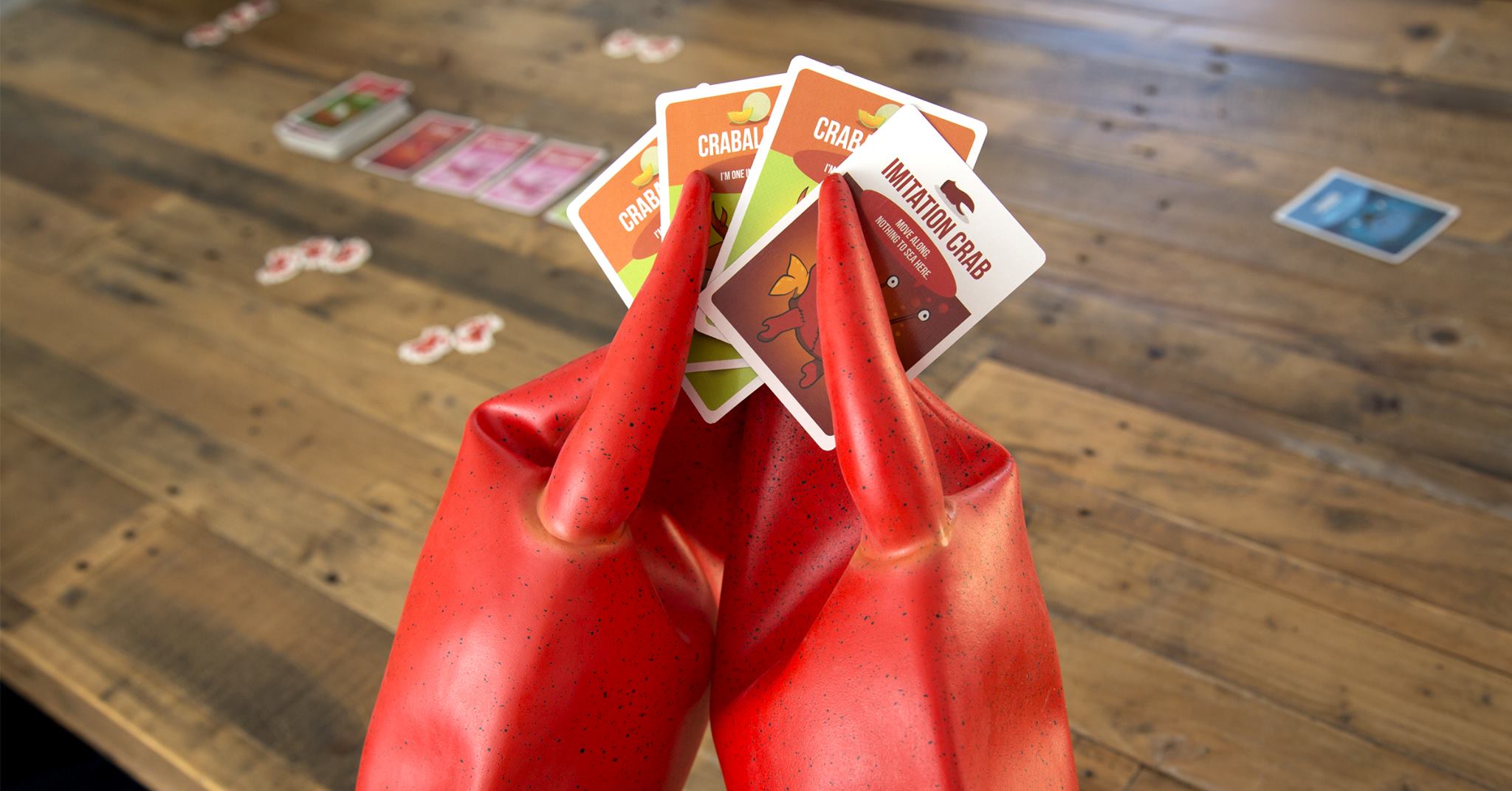 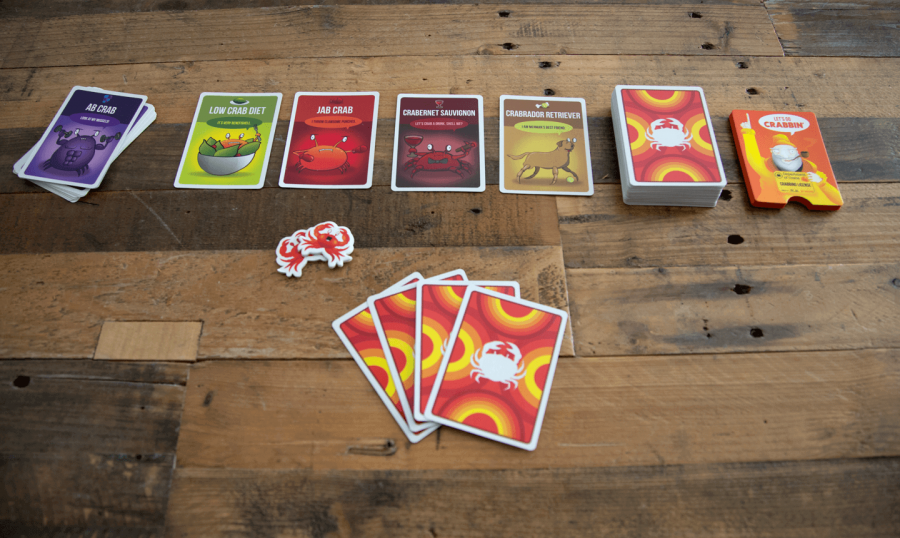 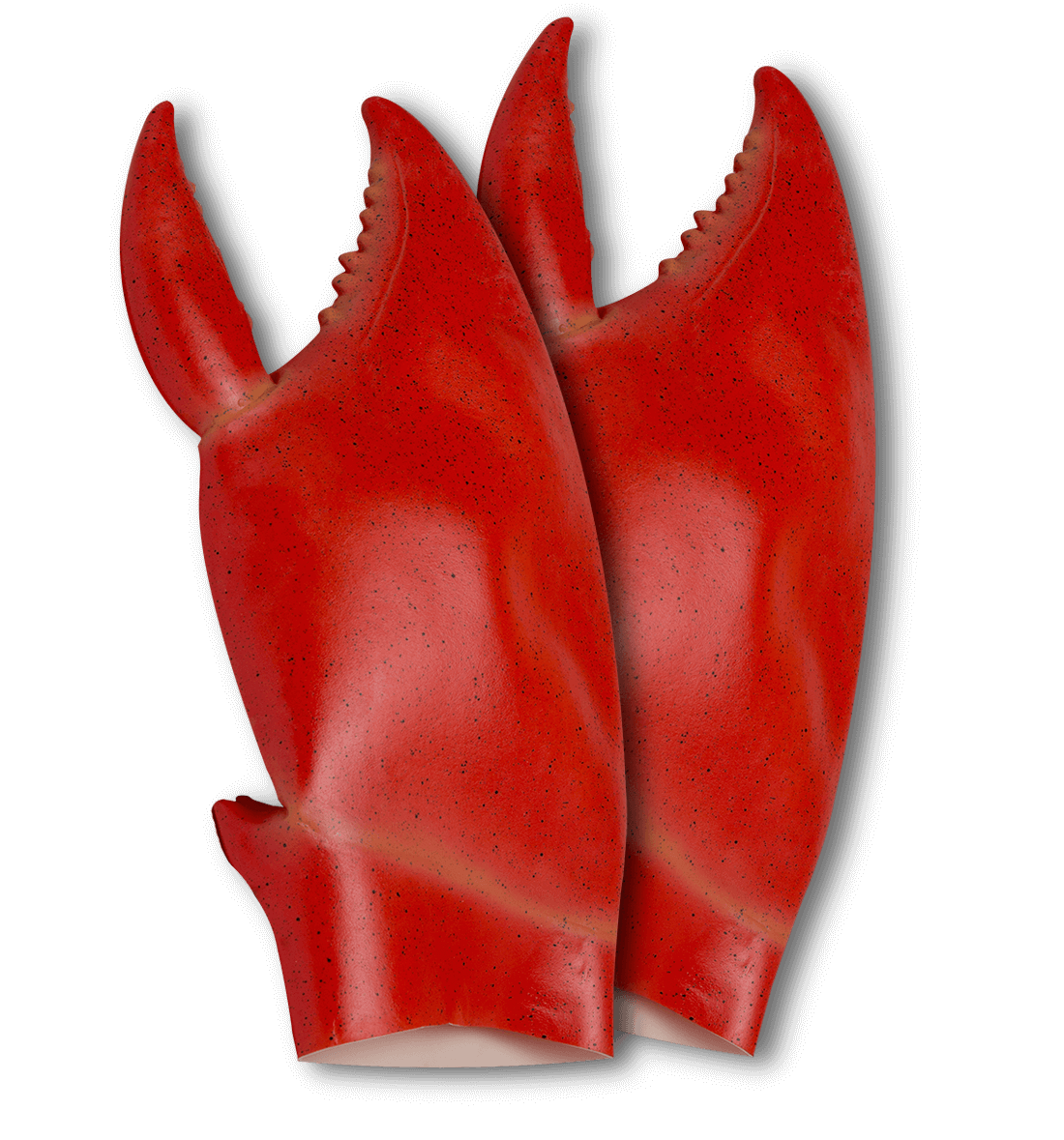 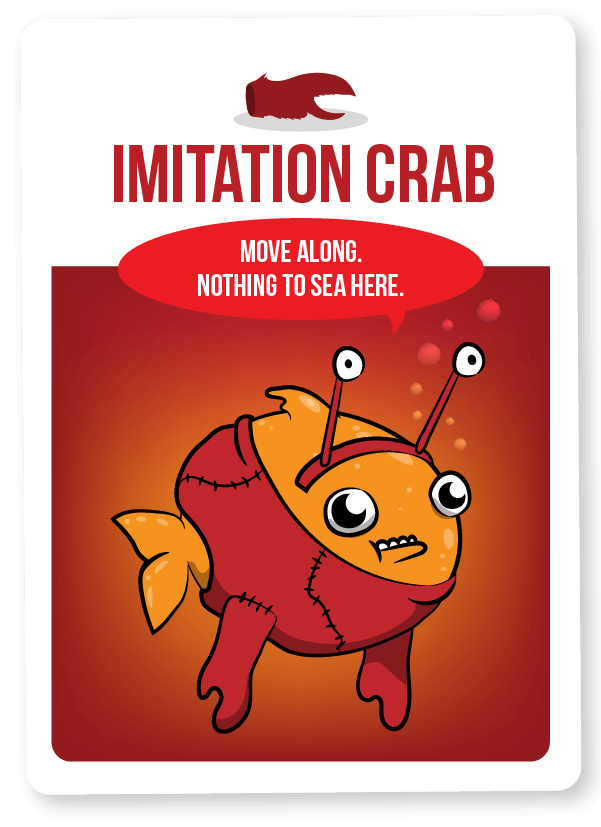 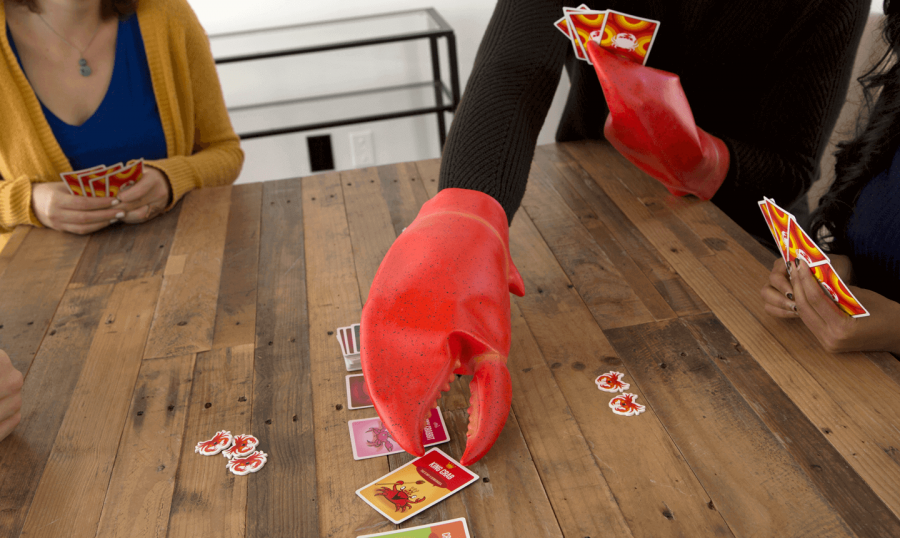 If you’ve been looking for a new game to play with friends and family in 2018, You’ve Got Crabs is going to tick all of the right boxes and, as it’s not a Kickstarter or a pre-order campaign, your game will ship the next day and you could be shouting “you’ve got crabs!” to a loved one this time next week.