There is something about the aesthetic of classic Land Rovers that we find deeply appealing here at Coolector HQ and the 1960s was definitely a golden age for these unmistakeable vehicles. The guys at Commonwealth Classics have worked their magic on a 1966 Late Series-IIA Land Rover 109 and given it a whole new lease of life with some great restoration work that makes this a great addition to any adventure seeker’s line up of vehicles. 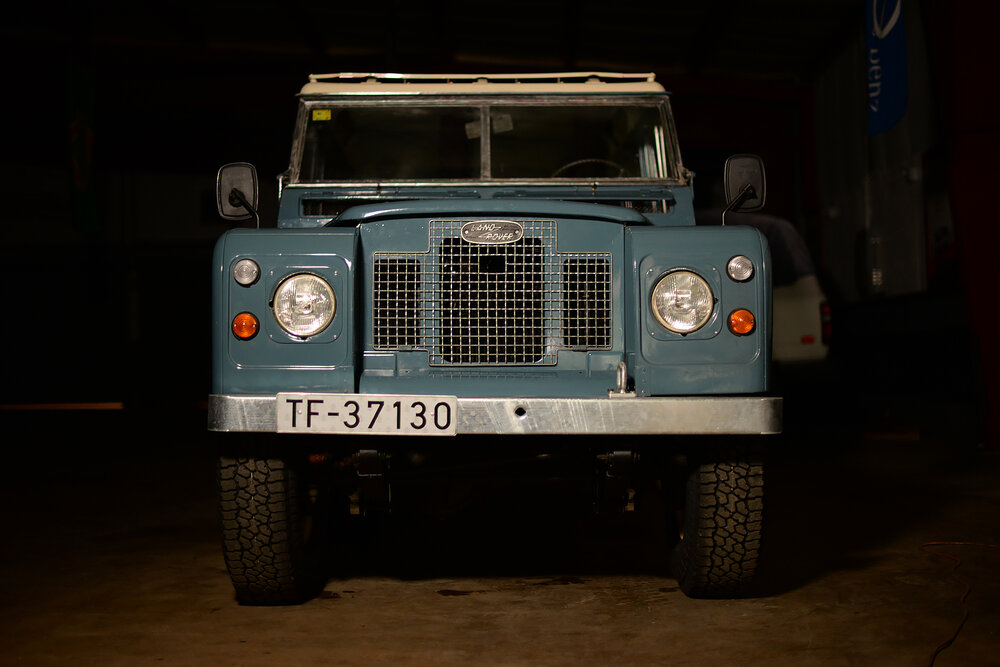 Commonwealth Classics are a direct importer of classic cars and trucks from around the globe and they bring those vehicles back home to their dealership in Virginia. This eye-catching Commonwealth Classics 1966 Late Series-IIA Land Rover 109 is one of the current stock which is still available to purchase and has a mighty reasonable price tag of $42k which, given its visual appeal and performance on the road is a fair price to pay and we’re sure it won’t remain available for long.

Imported from Tenerife in Spain, this Commonwealth Classics 1966 Late Series-IIA Land Rover 109 has a 4-speed manual transmission and 2.5L NA Rover Diesel engine. Commonwealth Classics always do their research on the vehicles they’re importing and make sure they’ve got as much of the backstory as possible before selling these brilliant machines. For this one, they flew to Tenerife to inspect this Marine Blue Solihull-built 1966 Land Rover Series-IIA 109. It was tired but seemed to have good structure. The 2.25L four-cylinder diesel started and ran. When it arrived back in the States, they got to work, but halfway through something terrible happened: namely, the engine blew up. 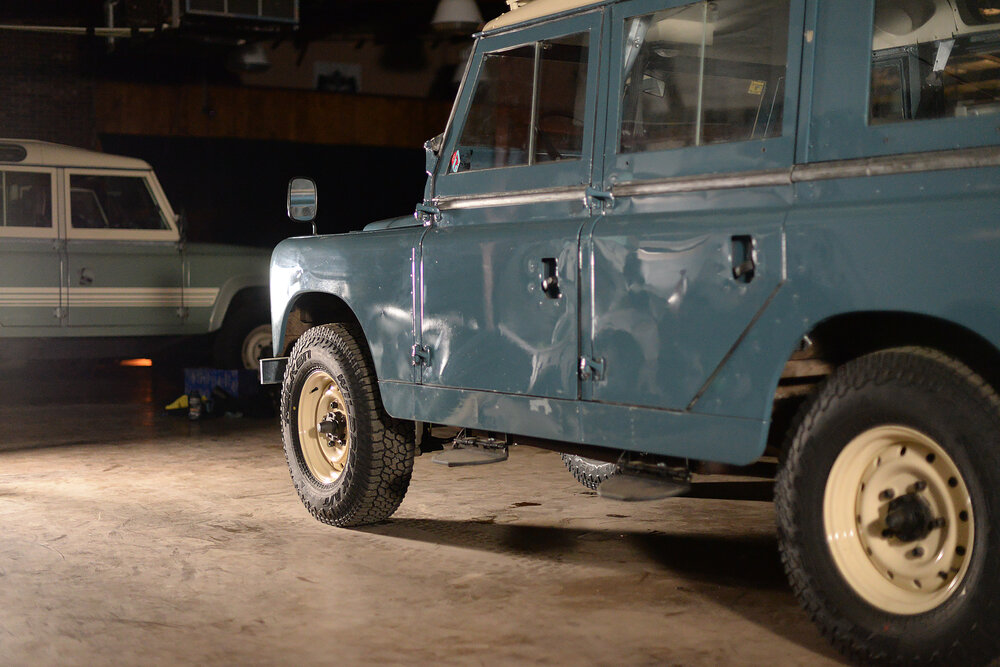 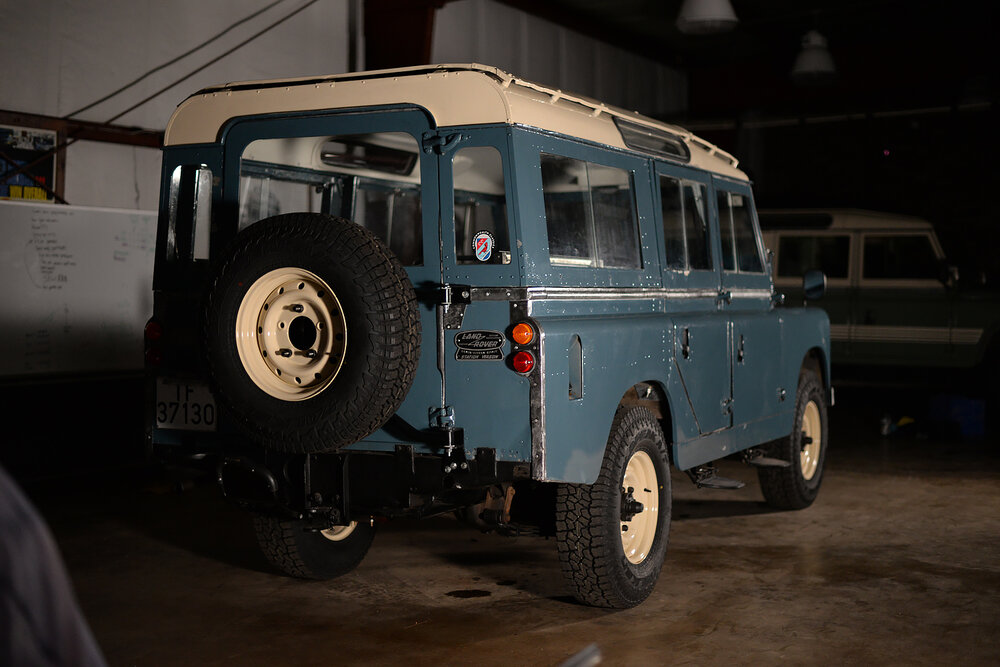 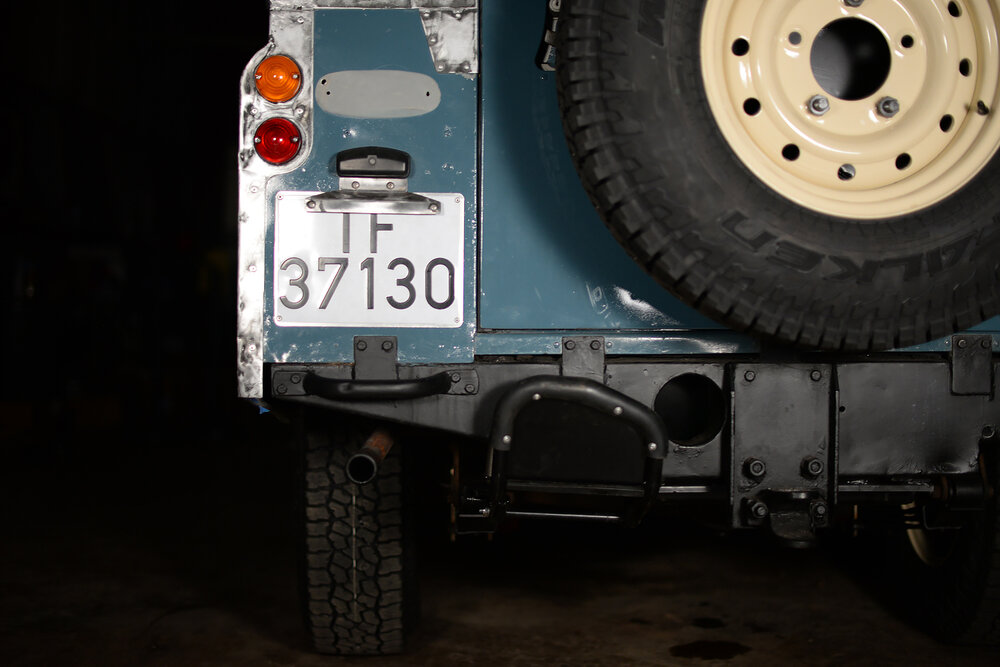 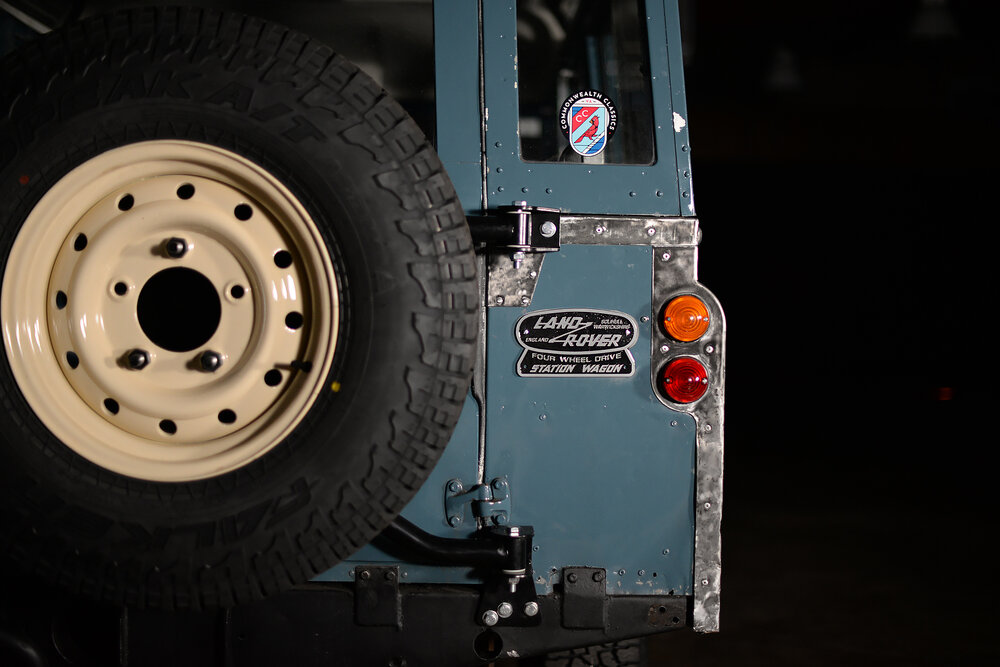 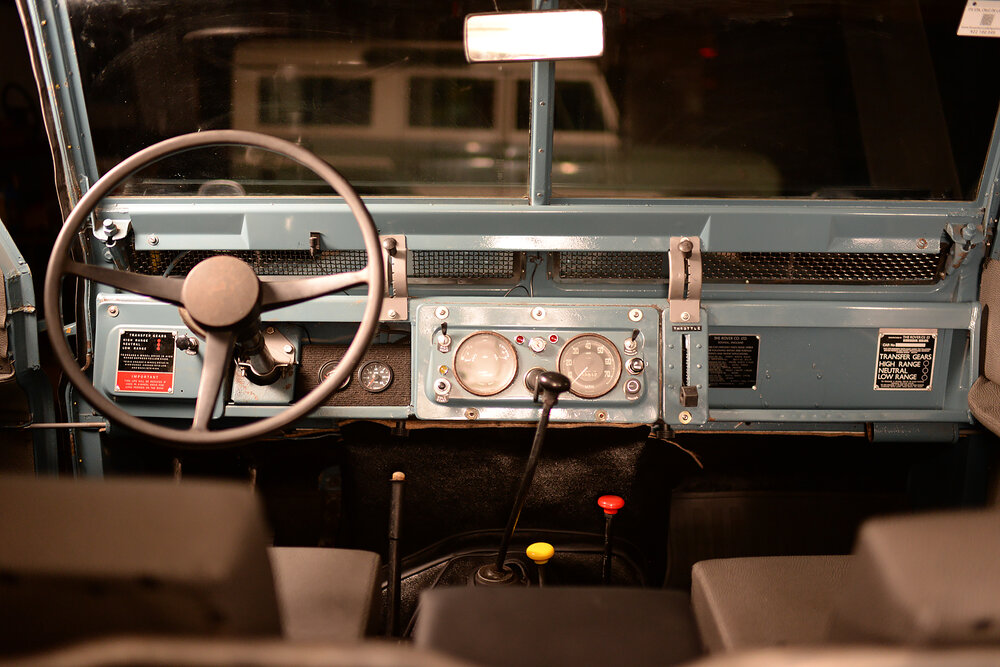 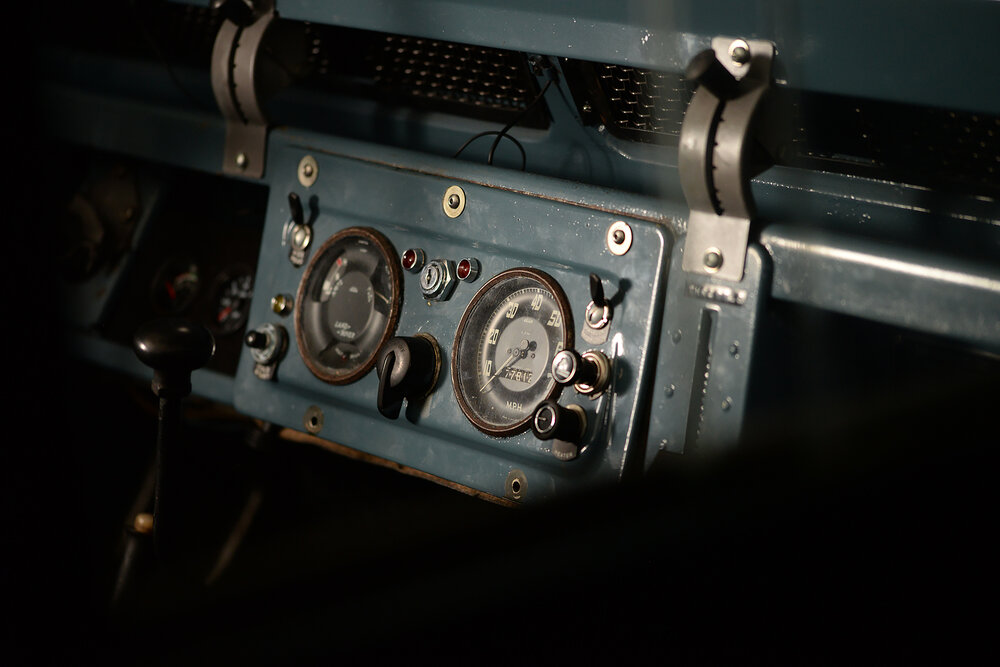 A saviour for the blown engine came in an email from the Pacific Northwest from an executive at Microsoft who was upgrading the 2.5L NA diesel in her 1986 Land Rover 90 to a 2.8 Cummins Diesel. They said that the engine from their Land Rover, ‘Buster’, had about 160,000km, or about 100,000 miles, on it when Commonwealth Classics got wind of it. The motor was bone-stock and conveyed with new (past 12 months) fluids, water pump, timing belt, thermostat, and starter. It was also pointed out that the seafoam green on the injection pump typically indicates a rebuilt unit. It was a healthy motor being pulled for an upgrade. 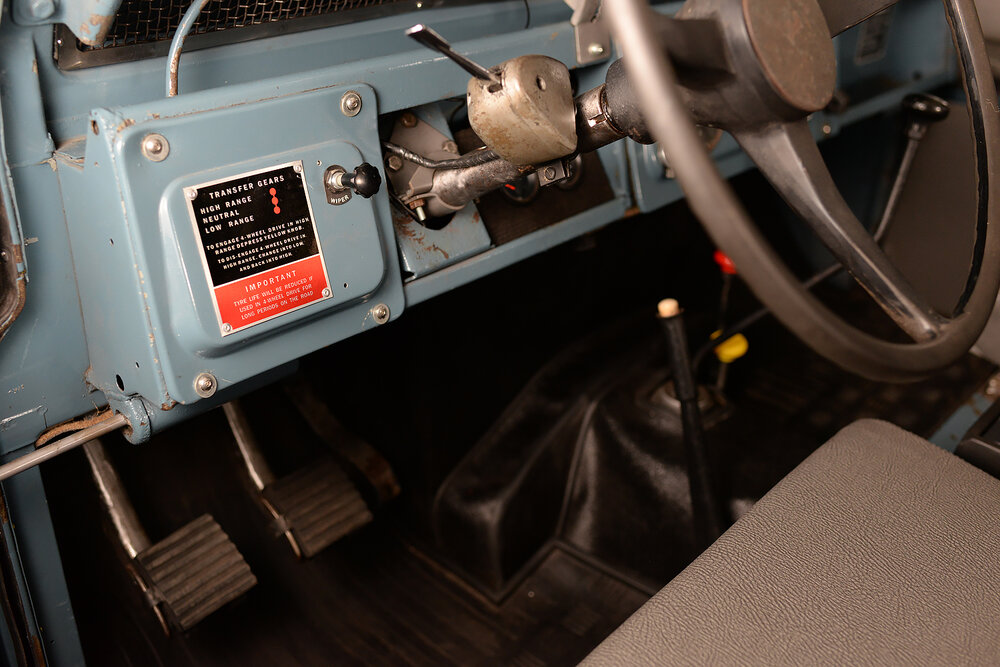 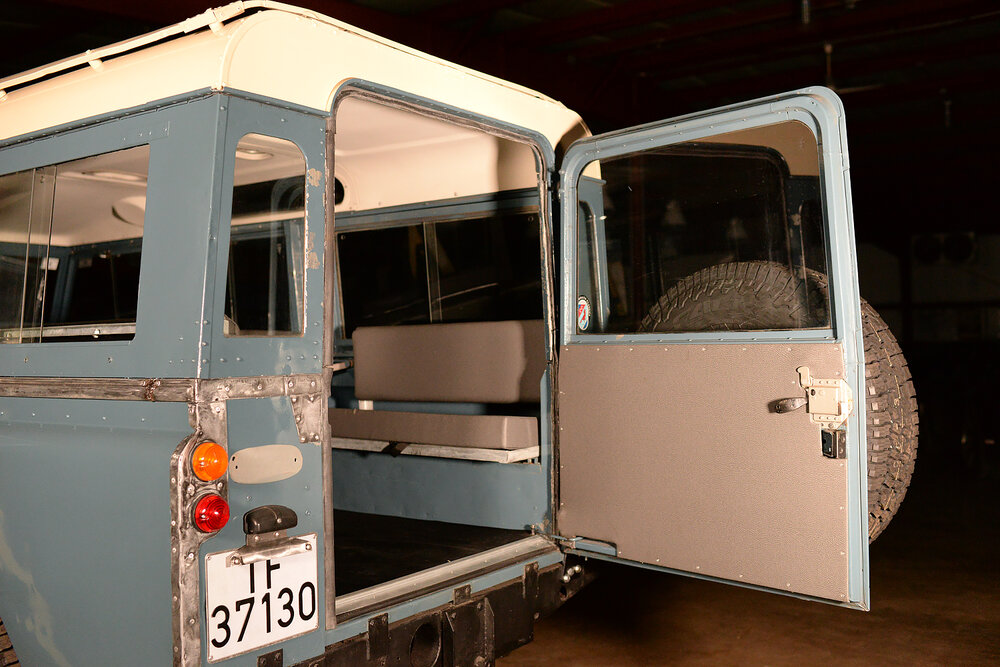 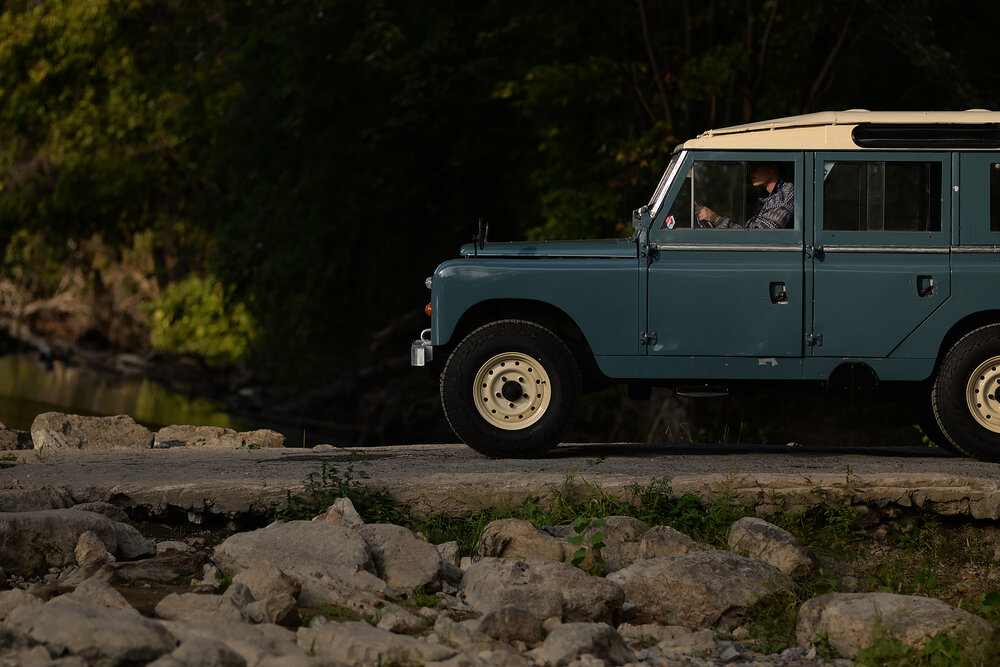 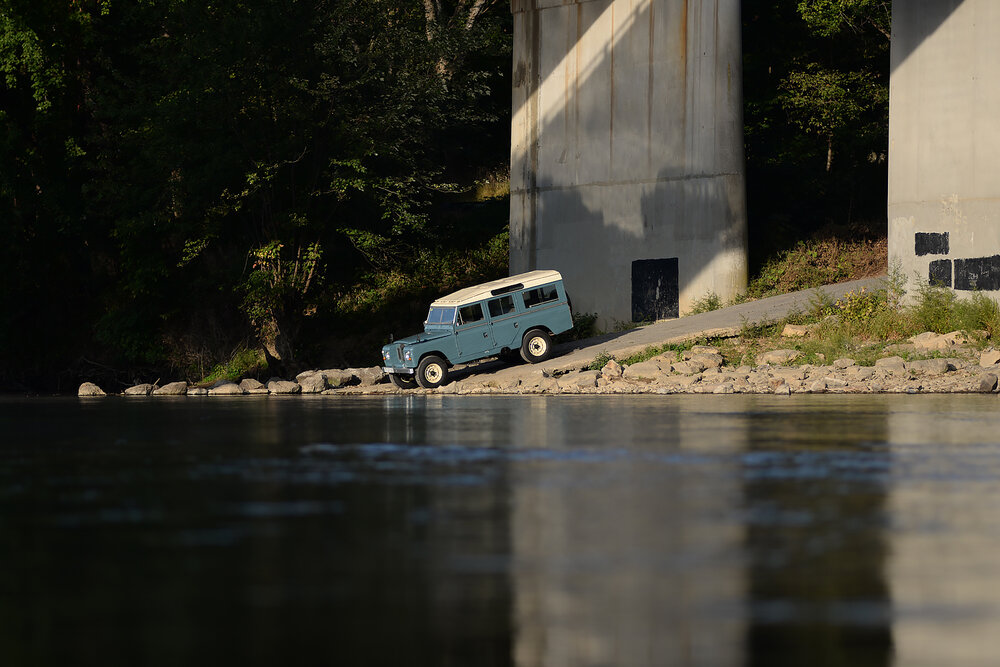 Commonwealth Classics retained the four-speed manual and installed a new clutch for this build. New shocks and leaf springs breathed new life back into the Land Rover which helped it sit high above the new 235/85/16 Falken Wildpeak tires. They custom-painted five new 16” wolf wheels to match the off-white roof, and fit a Defender-spec swing-away carrier on the rear door to hold the spare. On the inside, the elephant-hyde vinyl from Exmoor carries across all five doors and all three rows of seats which is capable of searing nine people. Weather stripping was replaced on all five doors using 3M adhesive and the OEM rivets. The middle seat was removed in the front and replaced with a cubby box that they modified to carry a stereo and 500W 12V inverter.

Overflowing with old school cool, the Commonwealth Classics 1966 Late Series-IIA Land Rover 109 has Marine Blue paint under an off-white roof and matched wheels. To add a touch of authenticity to proceedings, the paint is imperfect, with scratches, chips, and other irregularities. Five new 235/85/16 Falken Wildpeak tires; Defender-spec swing-away spare tire carrier and Defender-spec folding steps on all five doors and the corner lenses were replaced on front and rear. 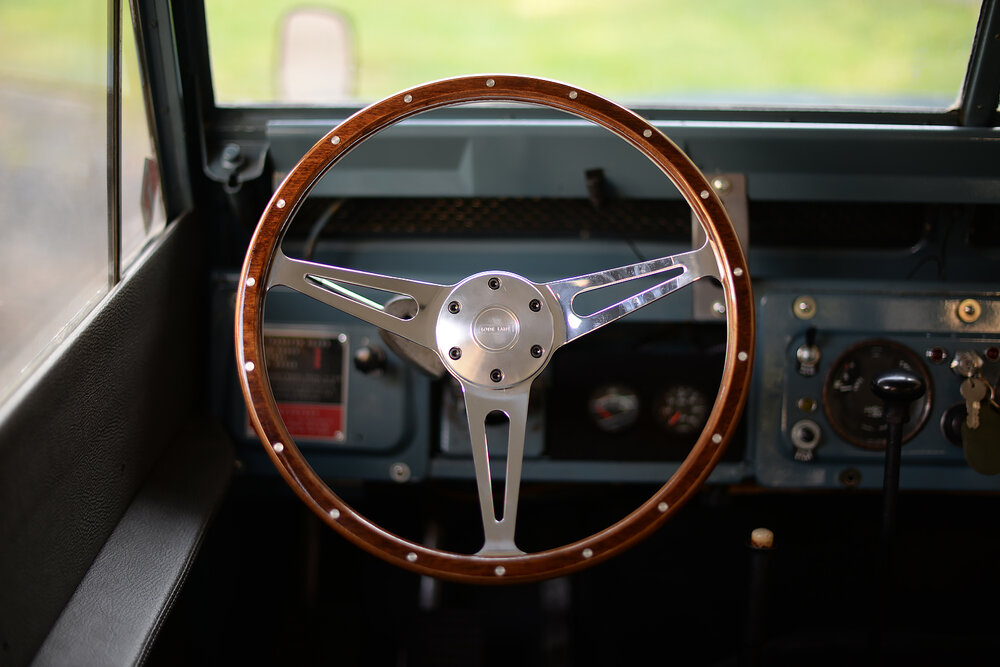 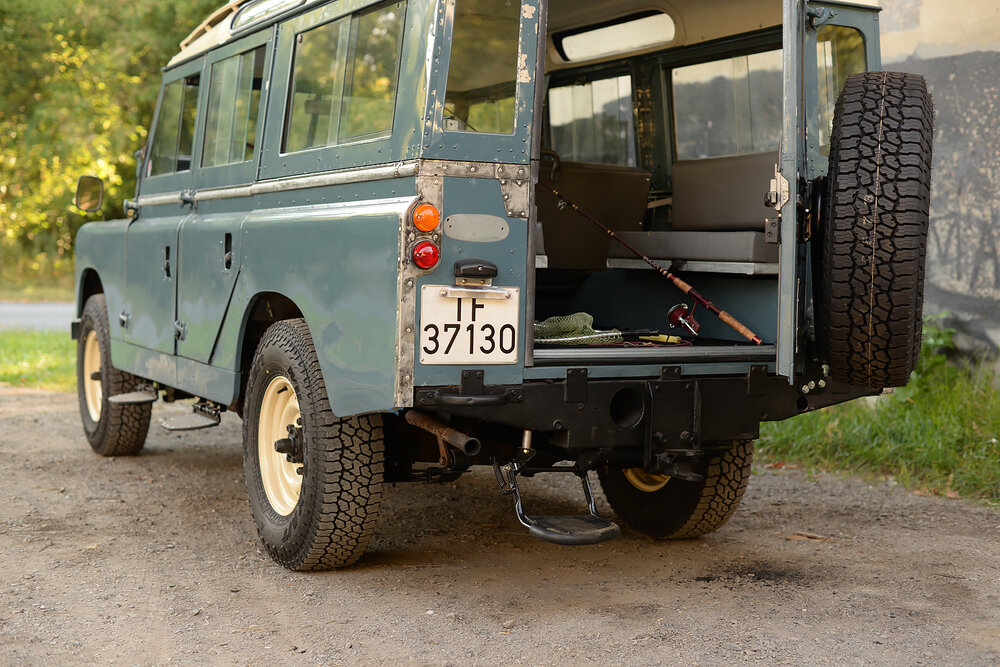 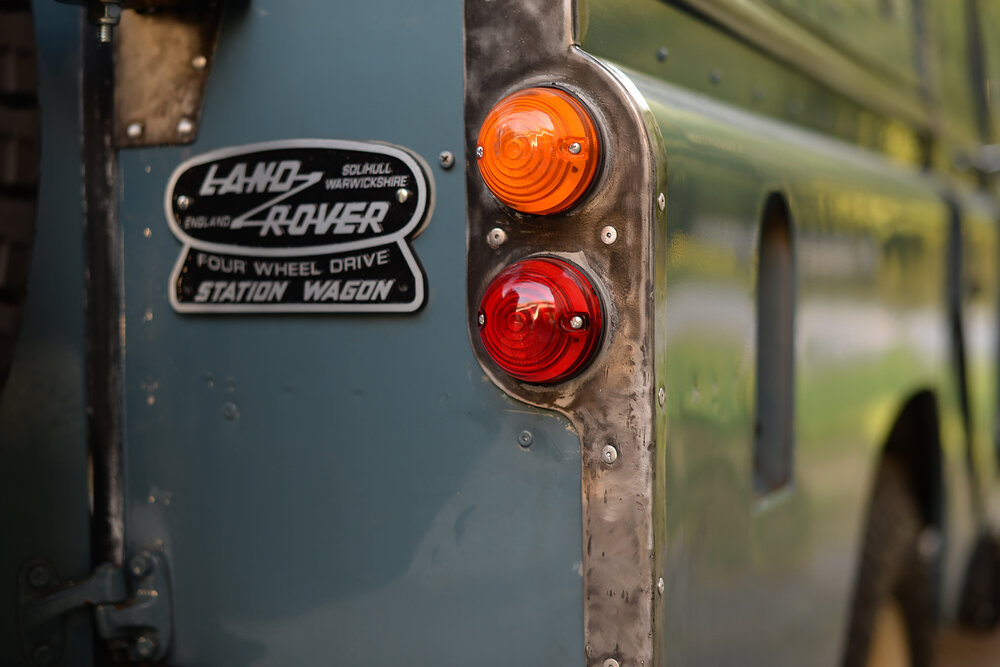 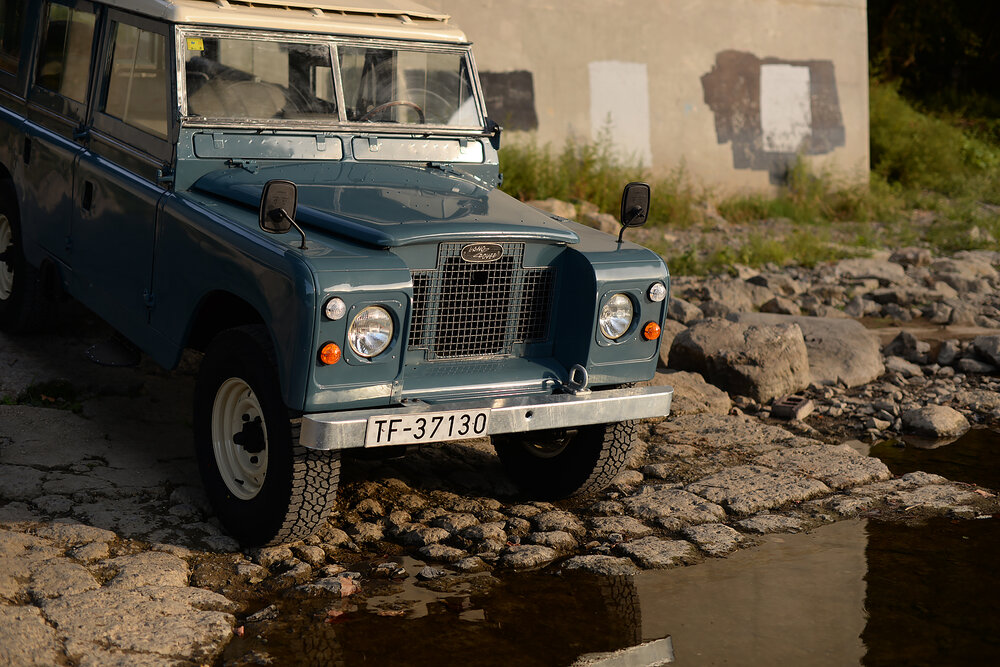 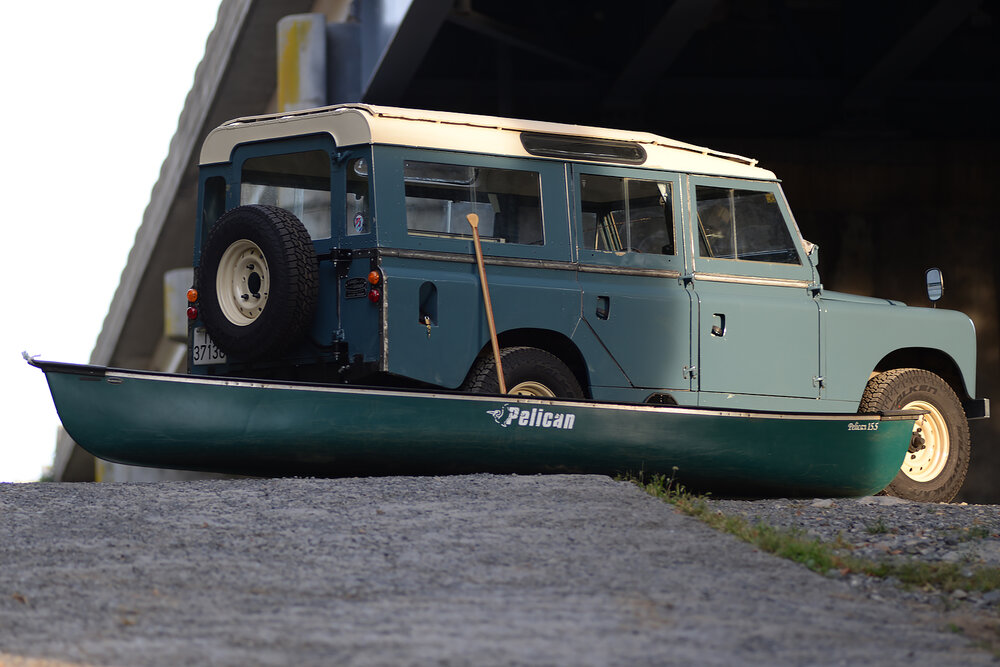 A push-button in the dash activates the upgraded glow plug circuit and makes it the quality of the build both inside and out is second to none. The engine is healthy, strong, and propels the truck beautifully without being overbearing and this first class Land Rover has new leaf springs and shocks. If you’re after a new adventure machine for your line up of vehicles, this one from Commonwealth Classics would definitely be a top pick of ours here at The Coolector.