There’s little doubting that Steve Jobs was an icon of industry in his time and achieved some amazing feats throughout his career and if you want to celebrate this fact in your own way then this mesmerisingly detailed Dam Toys Steve Jobs Figure might just be the perfect addition to your workspace. 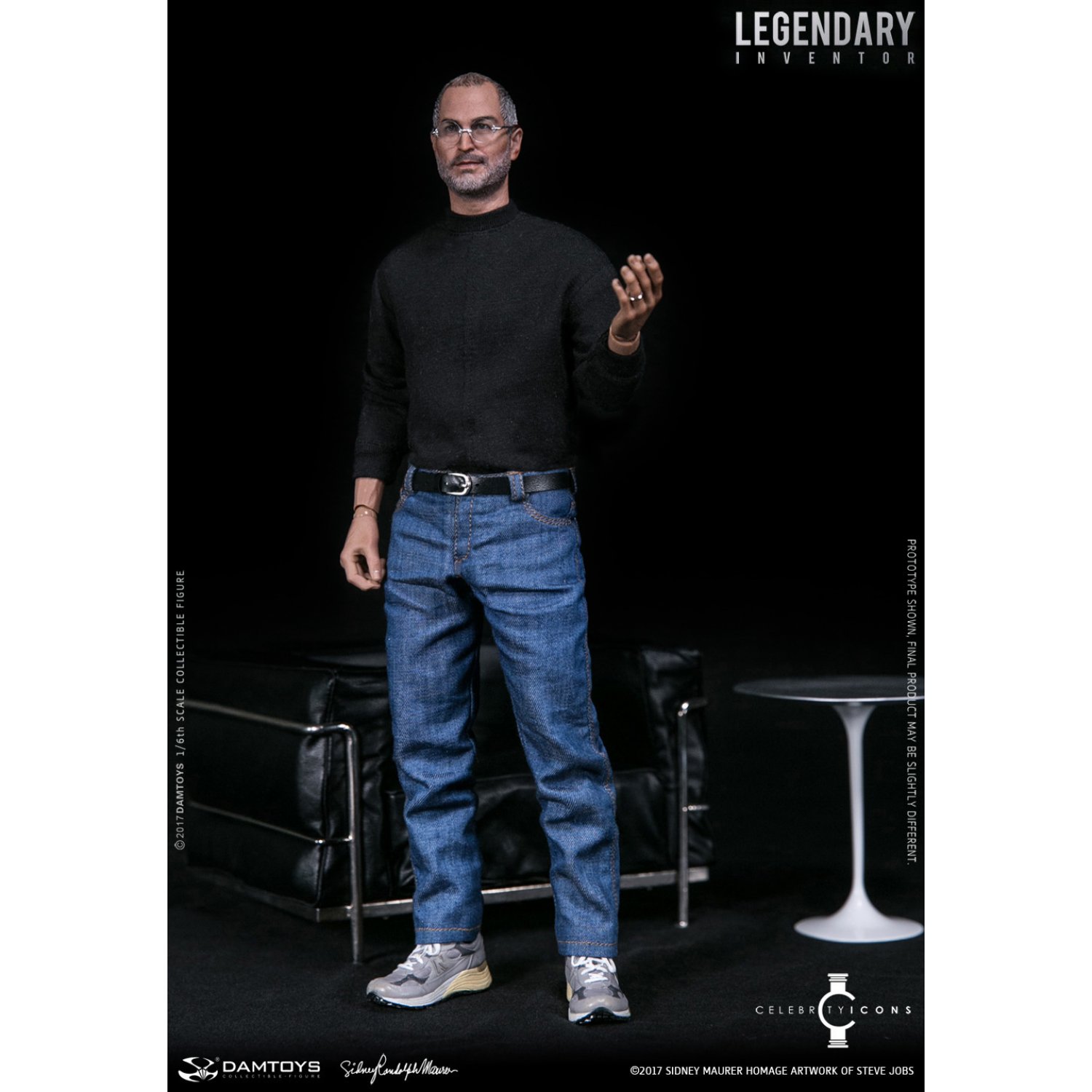 The Dam Toys Steve Jobs Figure is to 1/6 scale and will blow you away with the attention to detail that has gone into its crafting. An inspiration to many in terms of achieving your goals and visions, Steve Jobs can be a divisive figure but we’re loving this amazing piece of craftsmanship here at Coolector HQ and if you like the thought of the Apple founder taking up residence on your workspace, this hyper realistic offering is the one for you.

We love adding unusual bits and pieces to the workspaces of Coolector HQ but this Dam Toys Steve Jobs Figure would definitely be one of the quirkiest. Kitted out in his customary black roll neck and jeans, this figure has the sort of realistic finish that can only come from master toy makers and, as a result, doesn’t come cheap. Tipping the scales at just under £200, this won’t be a cheap addition to your workspace detritus but it will unquestionably turn the most heads. 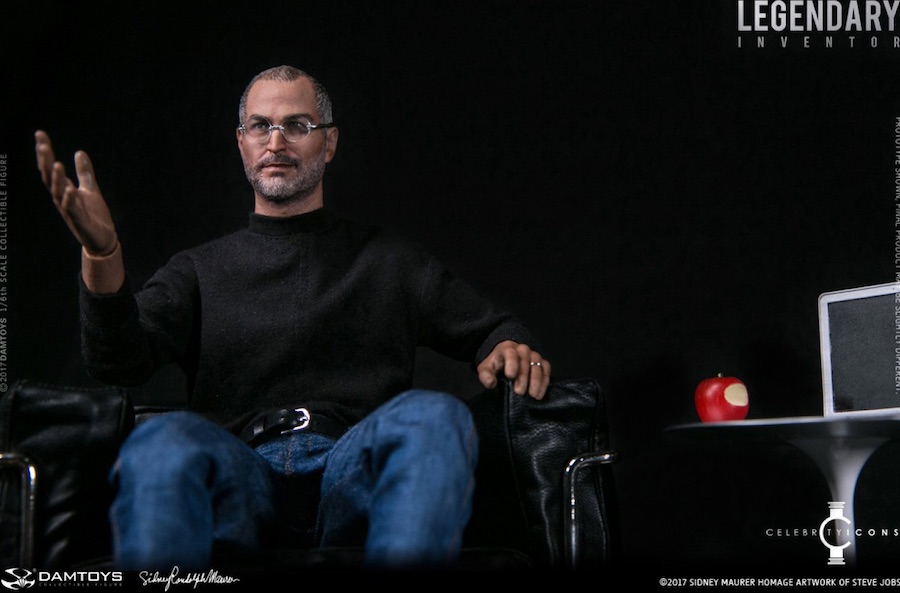 Somewhat excellently, you don’t just receive the Dam Toys Steve Jobs Figure when making this rather sizeable investment. It comes replete with a number of decidedly awesome add-ons which will add to the overall visual impact you can create with it. Just a few of the extras you can expect with this spiffing piece of design include 3 pairs of interchangeable hands (for recreating his iconic poses), 1 desktop computer, 1 laptop computer, 1 mouse and the legendary outfit which he so often wore on stage during his world famous presentations. 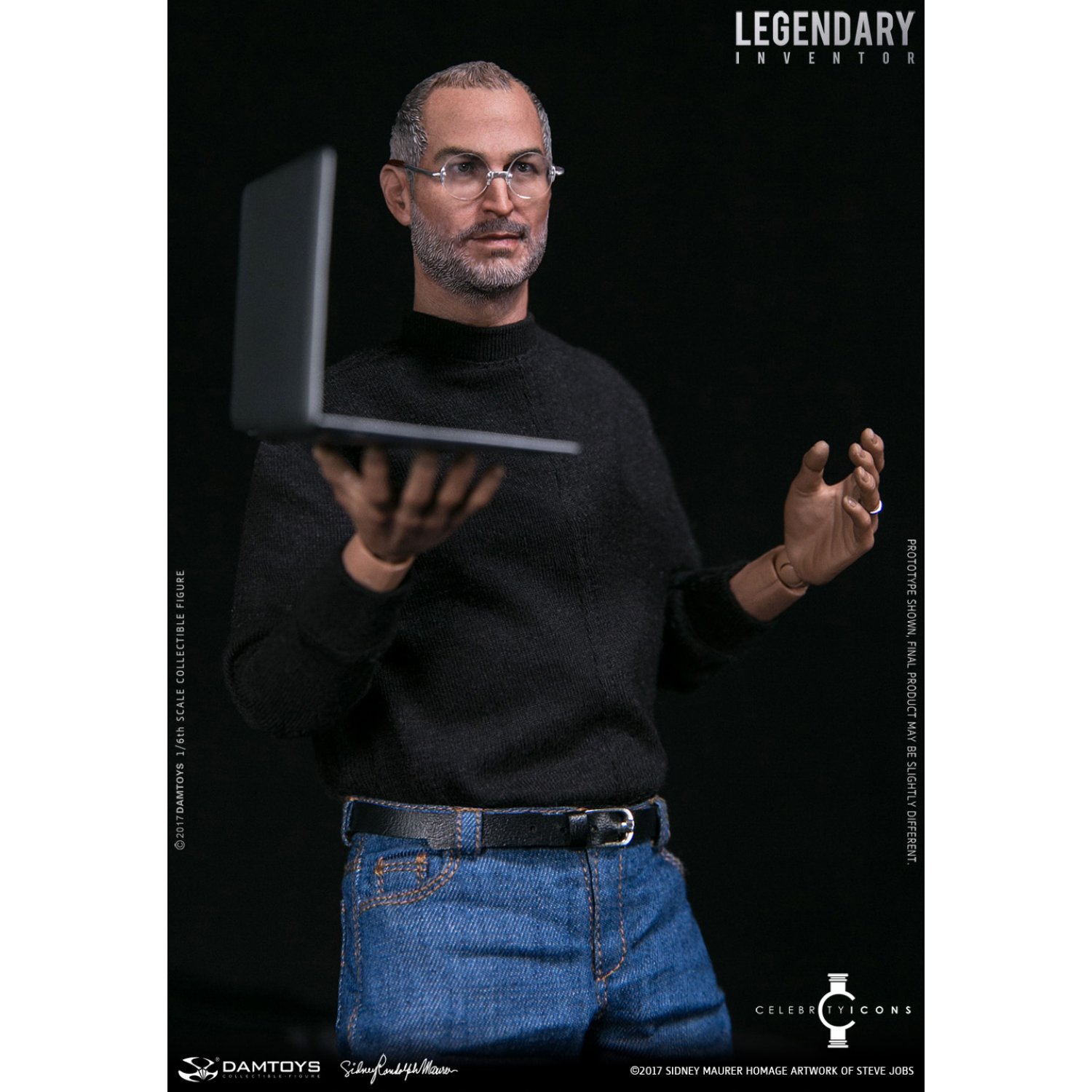 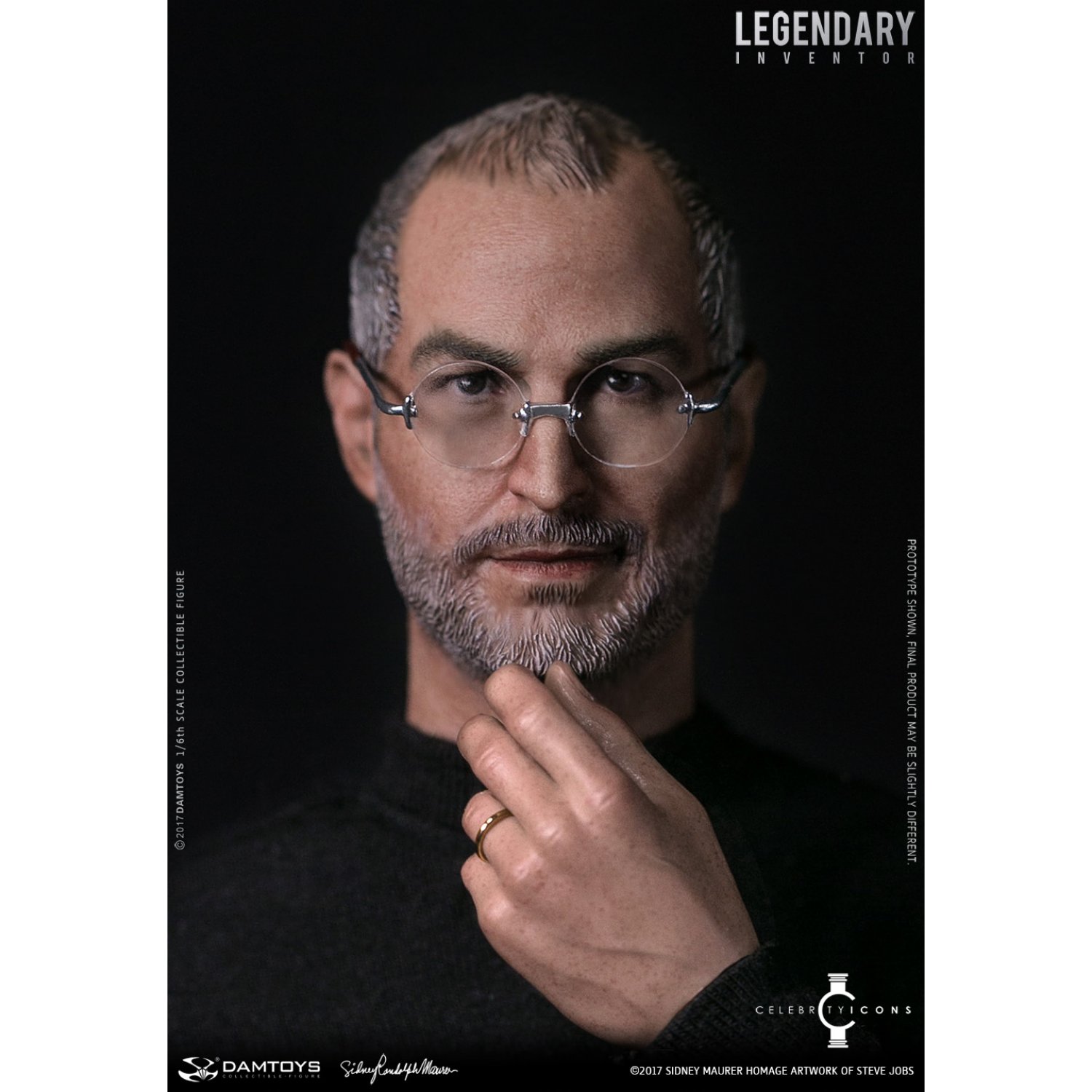 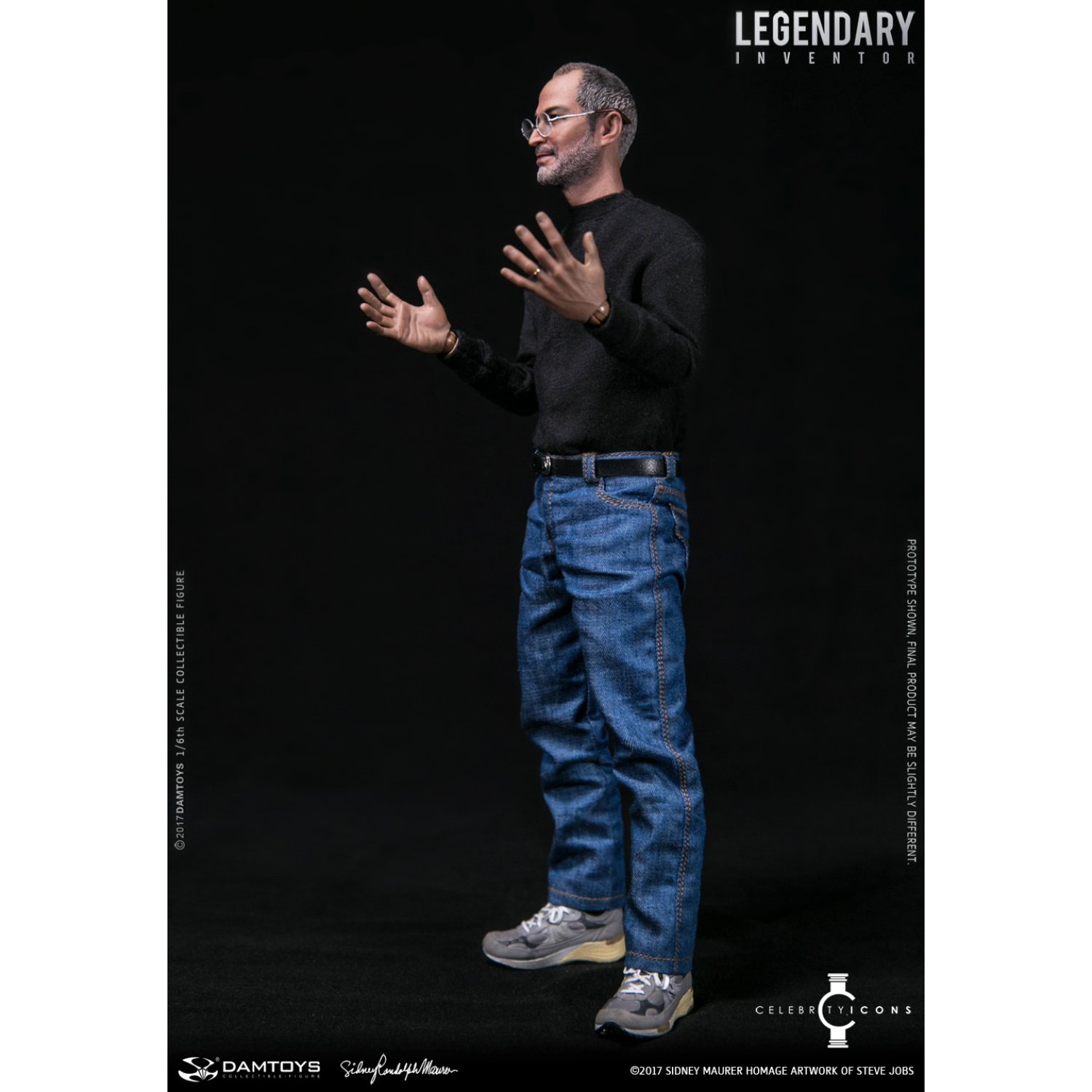 Clearly this isn’t a toy in the conventional sense and is much more likely to end up on the desks of Apple fanboys and Steve Jobs enthusiasts and rightly so given the painstaking detail that has gone into its creation. Even upon close inspection, the quality of the finish is exceptional and if you’ve long been waiting for an eye-catching addition to your workspace that celebrates the tech colossus, you’ll find few better than this.

Innovation Distinguishes Between a Leader and a Follower

Jobs was without doubt one of the greatest innovators and inventors of his generation and is sorely missed by Apple who haven’t been quite the same since his passing. This expertly conceived and executed Steve Jobs Figure from Dam Toys really does evoke memories of the man hitting the stage and announcing new products with gusto and enthusiasm and it will make for a great addition to any collector’s line up of figures. 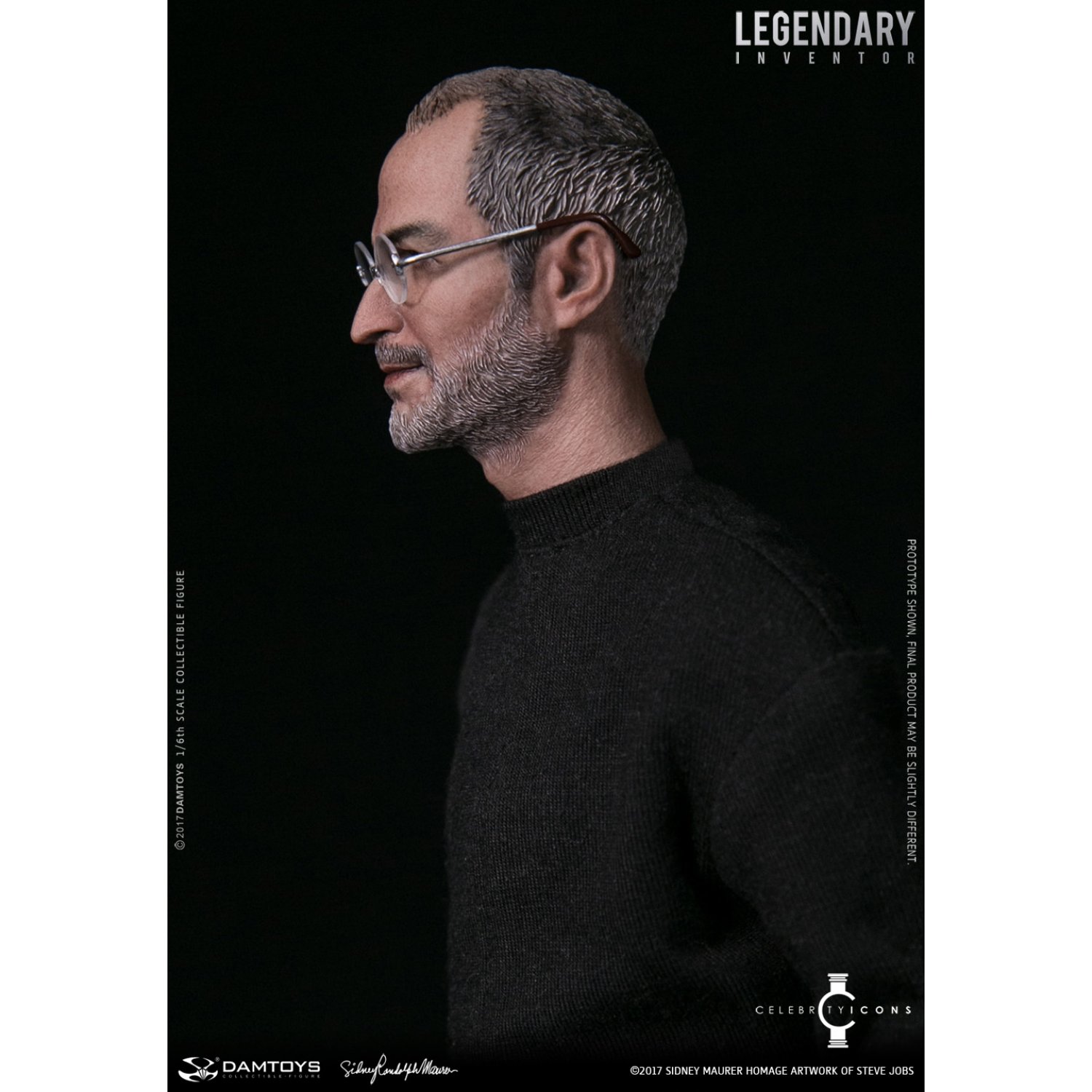 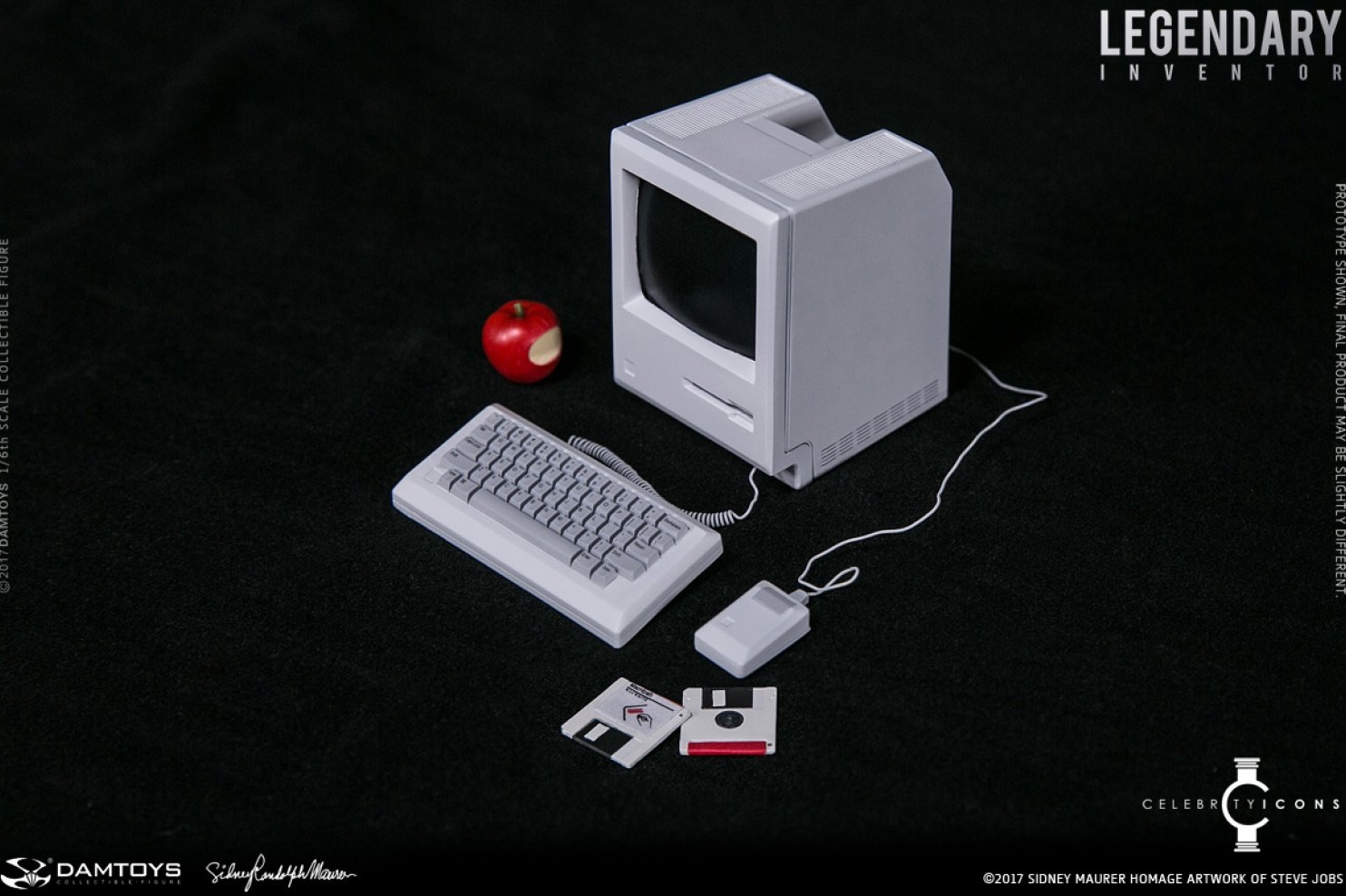 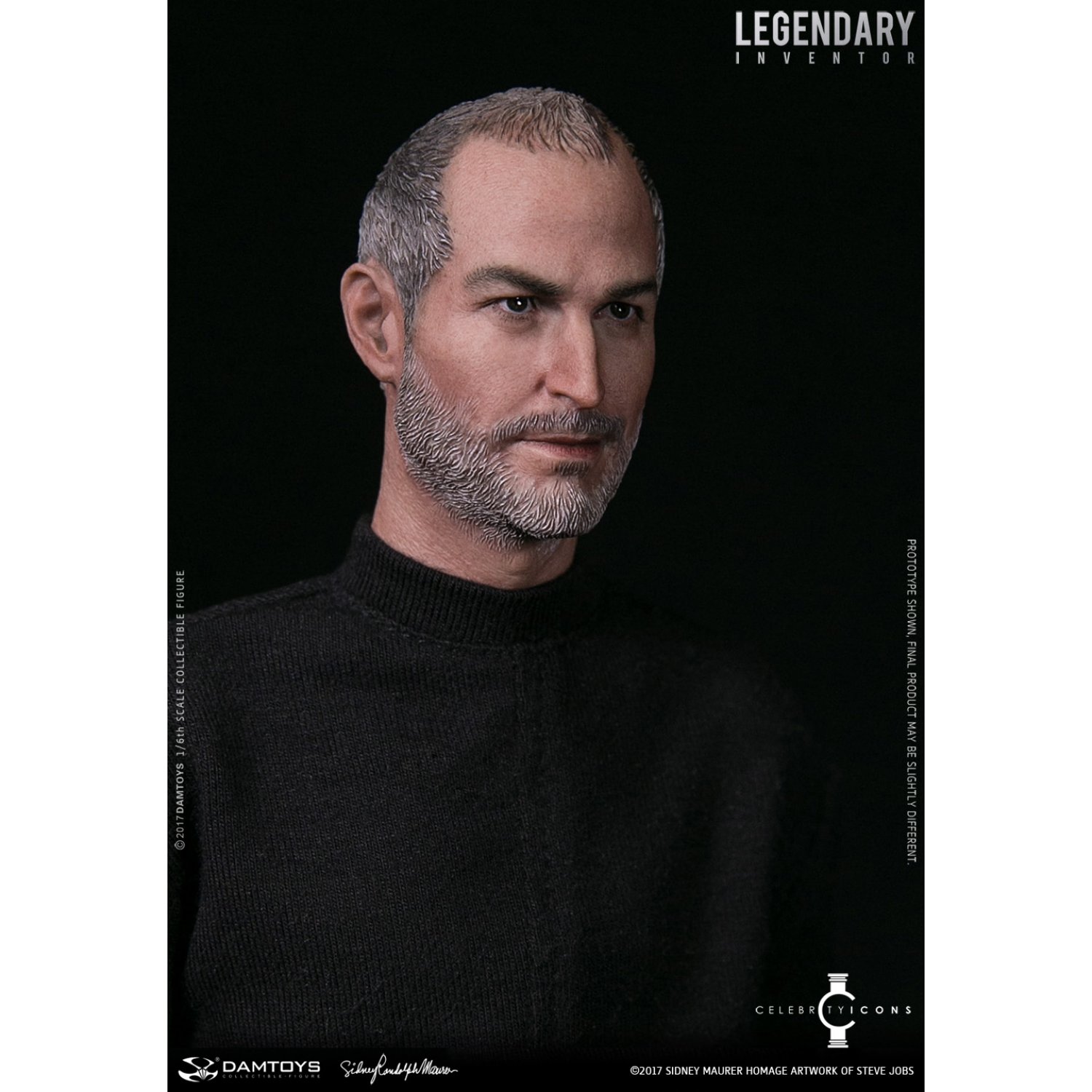 Whilst we’re unlikely to get our hands on one here at Coolector HQ, we’re thoroughly impressed with the quality and attention to detail that has gone into the design of this Dam Toys Steve Jobs Figure and we’re in little doubt that this limited edition offering won’t be hanging around on the shelves for long.