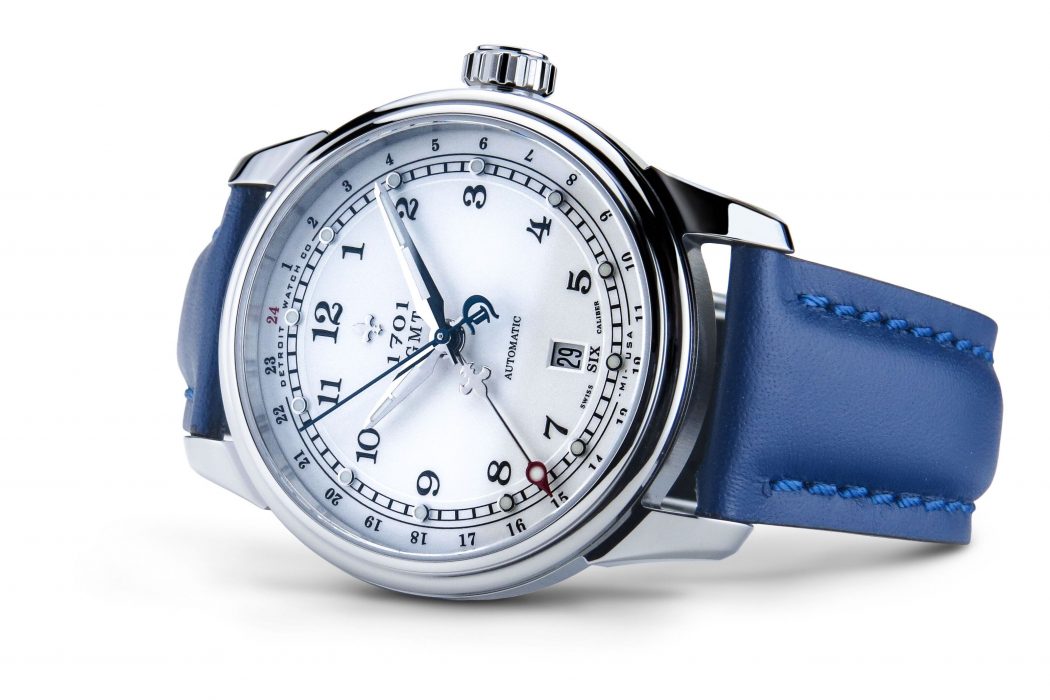 American watchmaking has undoubtedly experience a real resurgence in the last few years and there are certain brands which have unquestionably acted as a catalyst for this. Chief amongst them is the fantastic, Detroit Watch Company, who have created some genuinely sensational timepieces of late and one of the most impressive is definitely the 42mm 1701 Pontchartrain® GMT Dual Timezone Watch which is classy, top performing and, pleasingly, affordable.

The Detroit Watch Co 42mm 1701 Pontchartrain® GMT Dual Timezone Watch is available in a couple of different dial colours to suit your style sensibilities and the price tag of $1395 is a mighty fair one for a timepiece of this impeccable calibre. Detroit Watch Co have a simple vision – namely, to offer timeless design together with their global resources to acquire high-quality mechanical movements and hand assemble each timepiece in Detroit – and watches like the 42mm 1701 Pontchartrain® GMT Dual Timezone are a fine example of their watchmaking credentials.

Detroit Watch Company are synonymous with quality craftsmanship and this is something which will be abundantly clear if you’re lucky enough to get one of these 42mm 1701 Pontchartrain® GMT Dual Timezone Watches on your wrist in 2020. This stylish timepiece has a striking, polished 42mm casing and automatic self-winding Swiss movement with date window that gives an elegant and understated aesthetic to proceedings.

The Detroit Watch Company 42mm 1701 Pontchartrain® GMT Dual Timezone Watch ($1395) comes with the two different dial options – satin white dial and sunburst blue dial – so you can choose the one that fits in with the look and feel you seek when purchasing a watch. This excellent offering from one of America’s most respected watchmakers has a crown with black and white Detroit Fleur-de-Lys, Arabic numerals and a calfskin leather band with deployant clasp.

As with all watches of this quality, a lot of what makes it so impressive is the choice of movement and the 42mm 1701 Pontchartrain® GMT Dual Timezone Watch doesn’t disappoint in this regard. It uses the well-regarded Swiss Eta 2893-2 GMT which has 21 Jewels, Glucydure Balance, Shock-absorber-Incabloc, Nivarox 2 Hairspring, Date Calendar, 28800 Vibrations Per Hour and a lengthy 42 hour power reserve that will keep things ticking over longer than the average.

Fort Pontchartrain du Détroit was built along the Detroit River to protect the French fur trade from the British and was named in honour of Louis XIV’s minister of marine and colonies, Louis Phélypeaux de Pontchartrain. Le Detroit, French for ‘the strait’ eventually came to identify Fort Pontchartrain du Détroit and the surrounding area and after 1751, was known simply as Fort Detroit. This exemplary timepiece from Detroit Watch Company is a fitting tribute and one of the most stylish we’ve seen in a while here at Coolector HQ.

We’ve featured a lot of Land Rover restoration projects in our time here on the pages of The Coolector but, quite frankly, nothing quite… 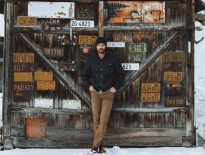 Affiliate 6 of the Best Gifts For Wilderness Lovers 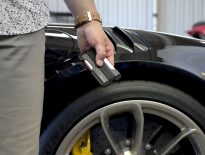