Not one for resting on their laurels, DJI are a drone company that like to push the envelope and come up with new and exciting features whenever they’ve got a new release for the market and the DJI Mavic Air Drone, which has just been announced, might just be one of their most impressive offerings to date. Chock full with amazing features, this drone is going to be eagerly sought after in 2018 and if you’re thinking of purchasing your first one, the Mavic Air is the perfect place to start.

The DJI Mavic Air Drone is billed as being the best choice for capturing limitless exploration and it is always ready wherever your adventures will take you in 2018. This first class device from DJI is the most portable 3-Axis Gimbal 4K Camera Drone available right now and it boasts amazing features which include SmartCapture, FlightAutonomy 2.0 and Advanced Pilot Assistance Systems. Long story short, if you’re getting a drone, make it this one.

Taking to the Skies

What really stands out with the DJI Mavic Air Drone is its ultra-light and portable design which ensures that its so simple to stow away when you’re heading on any outdoor adventures. It is a foldable camera drone which will deliver a top quality performance, and has more innovative features and an enhanced creative performance than any other consumer drone that is available on the market right now. The quality of the footage it captures is incredible as is the fact that this can be yours for under $800. 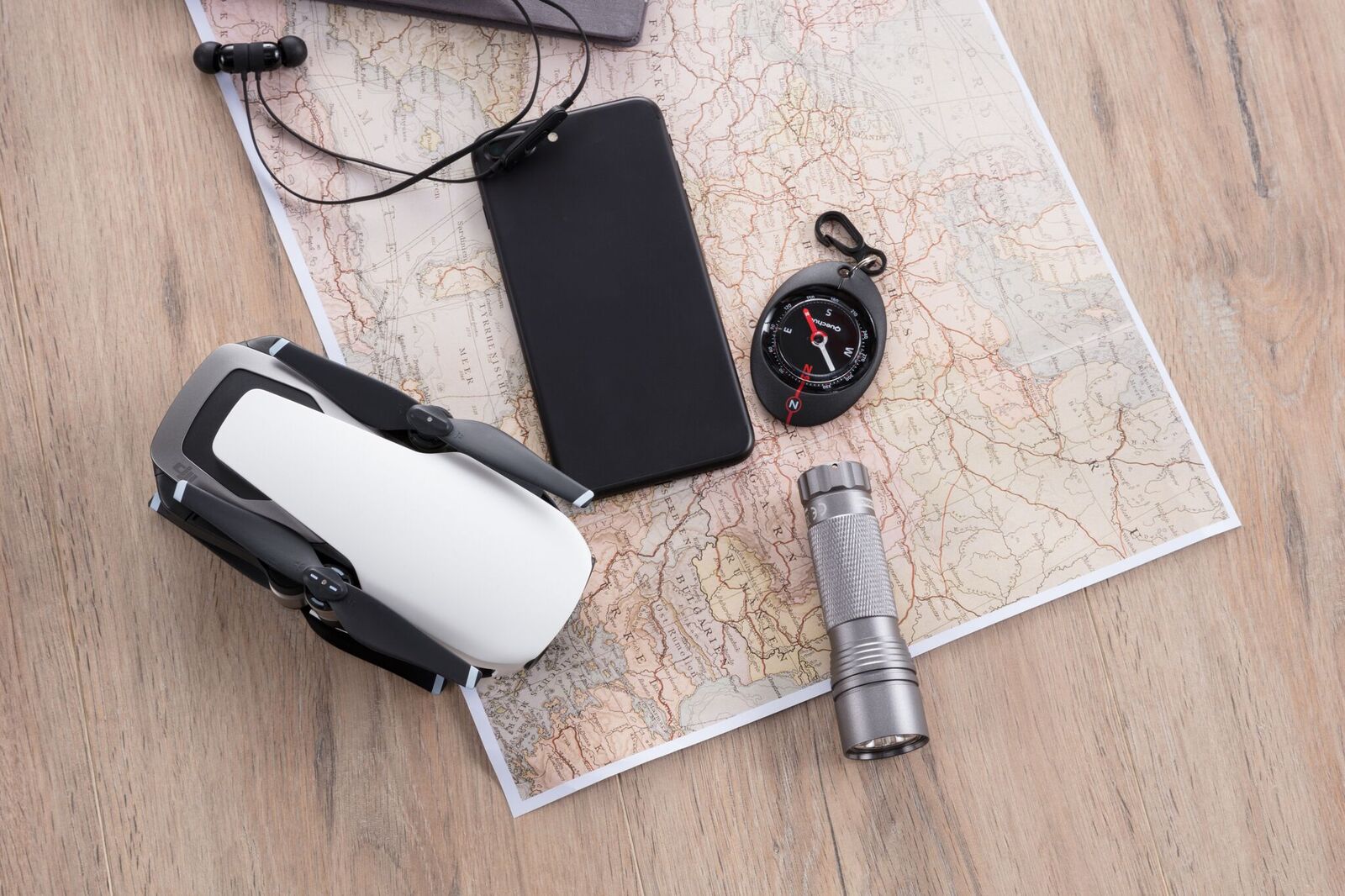 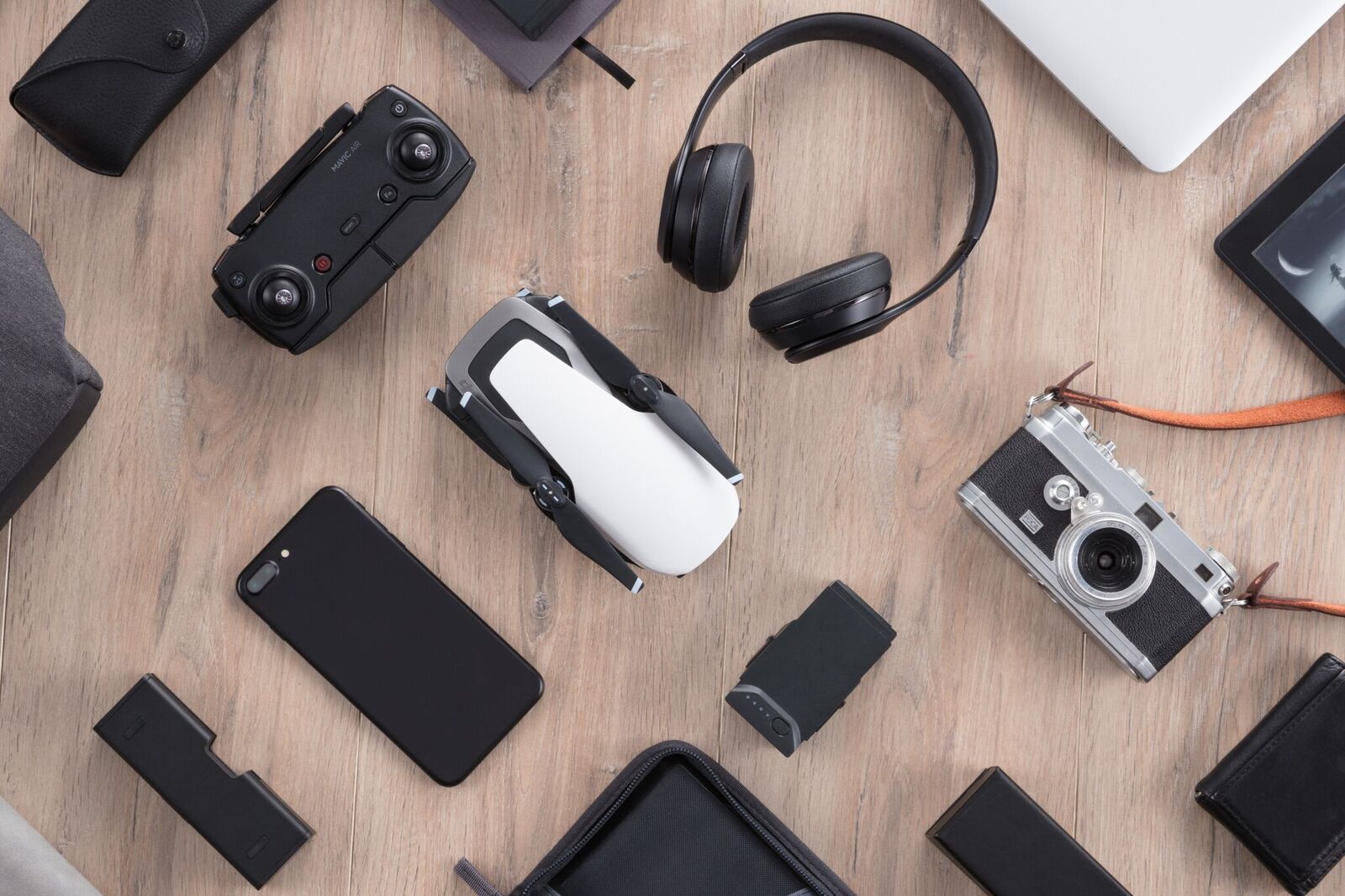 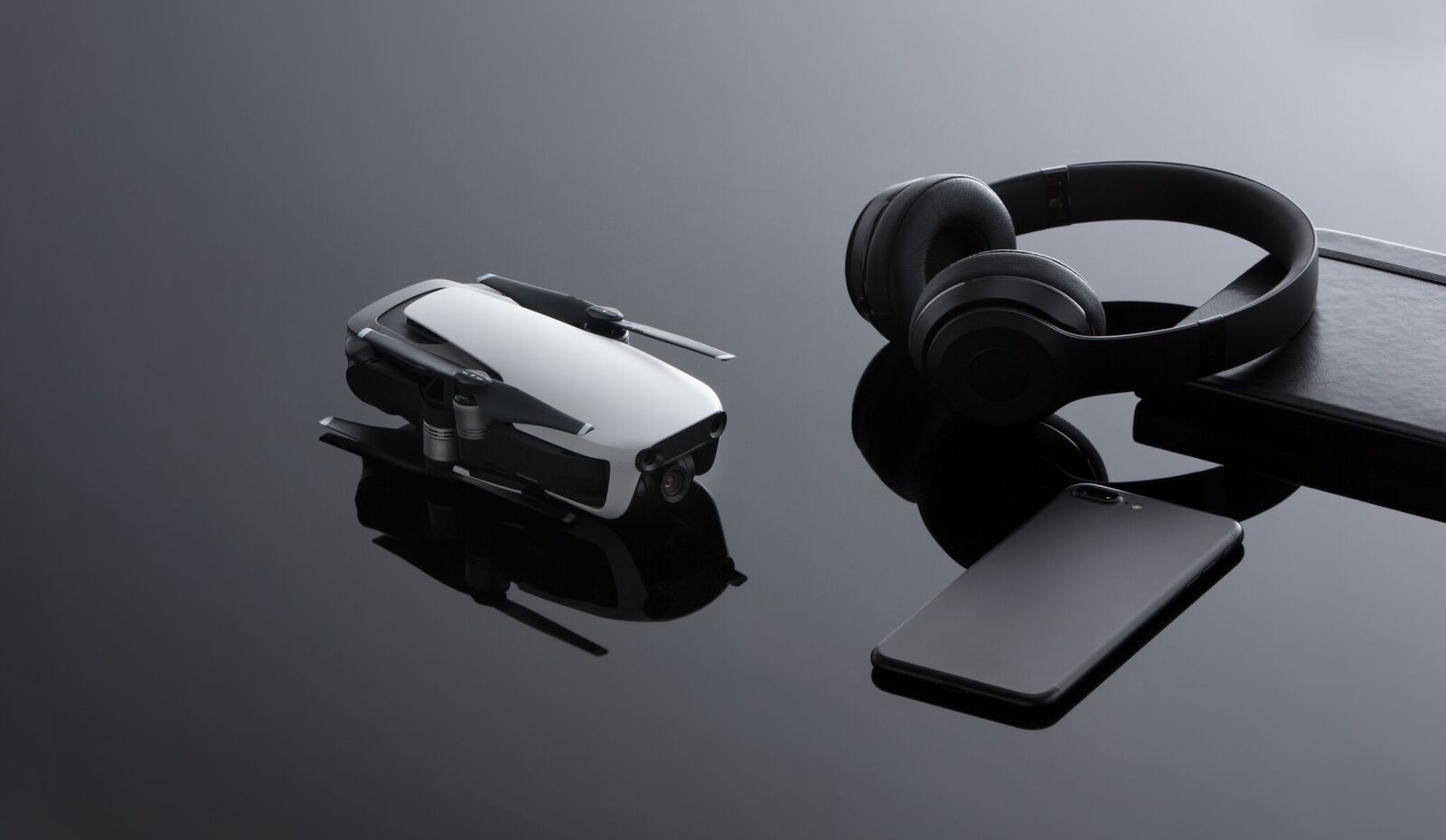 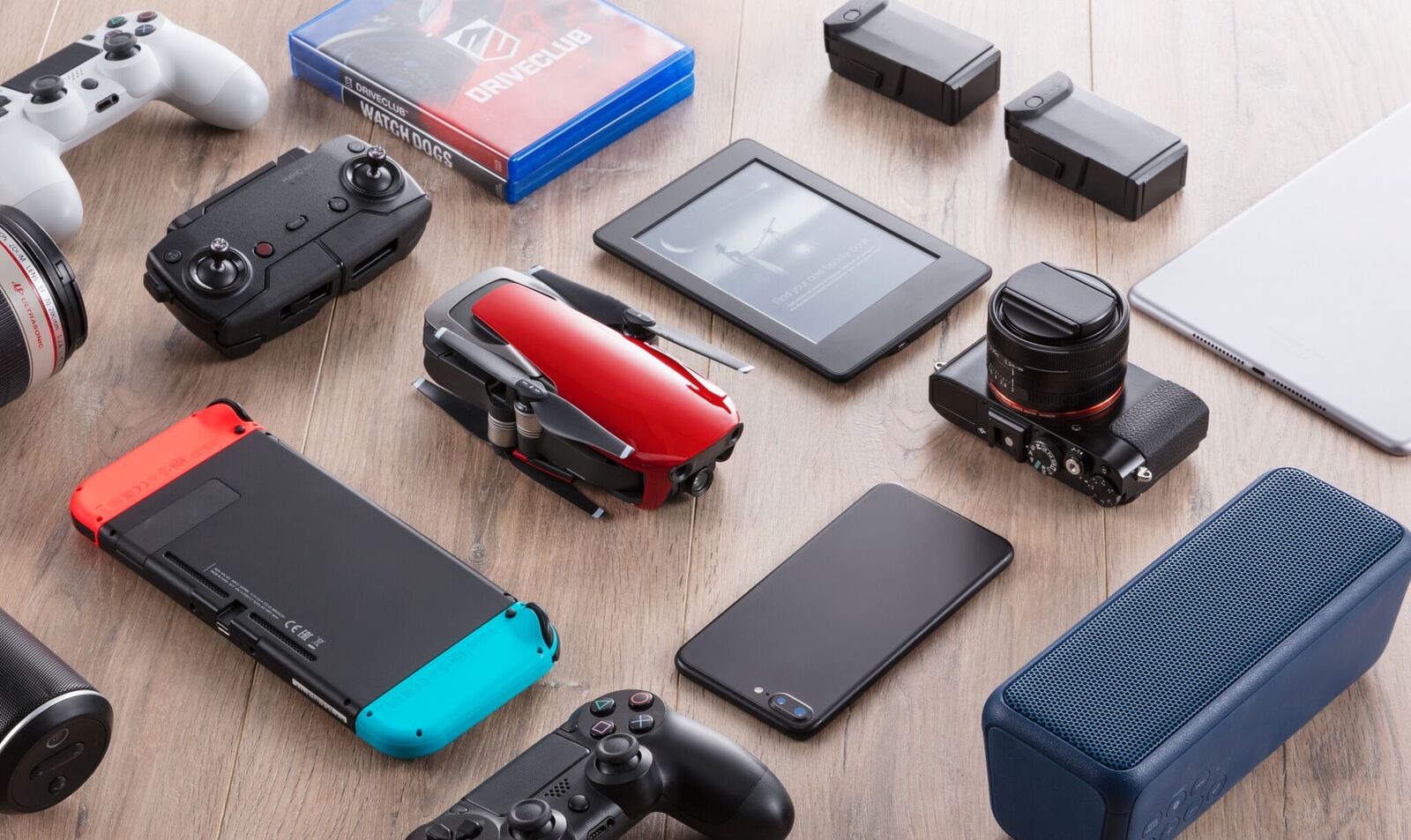 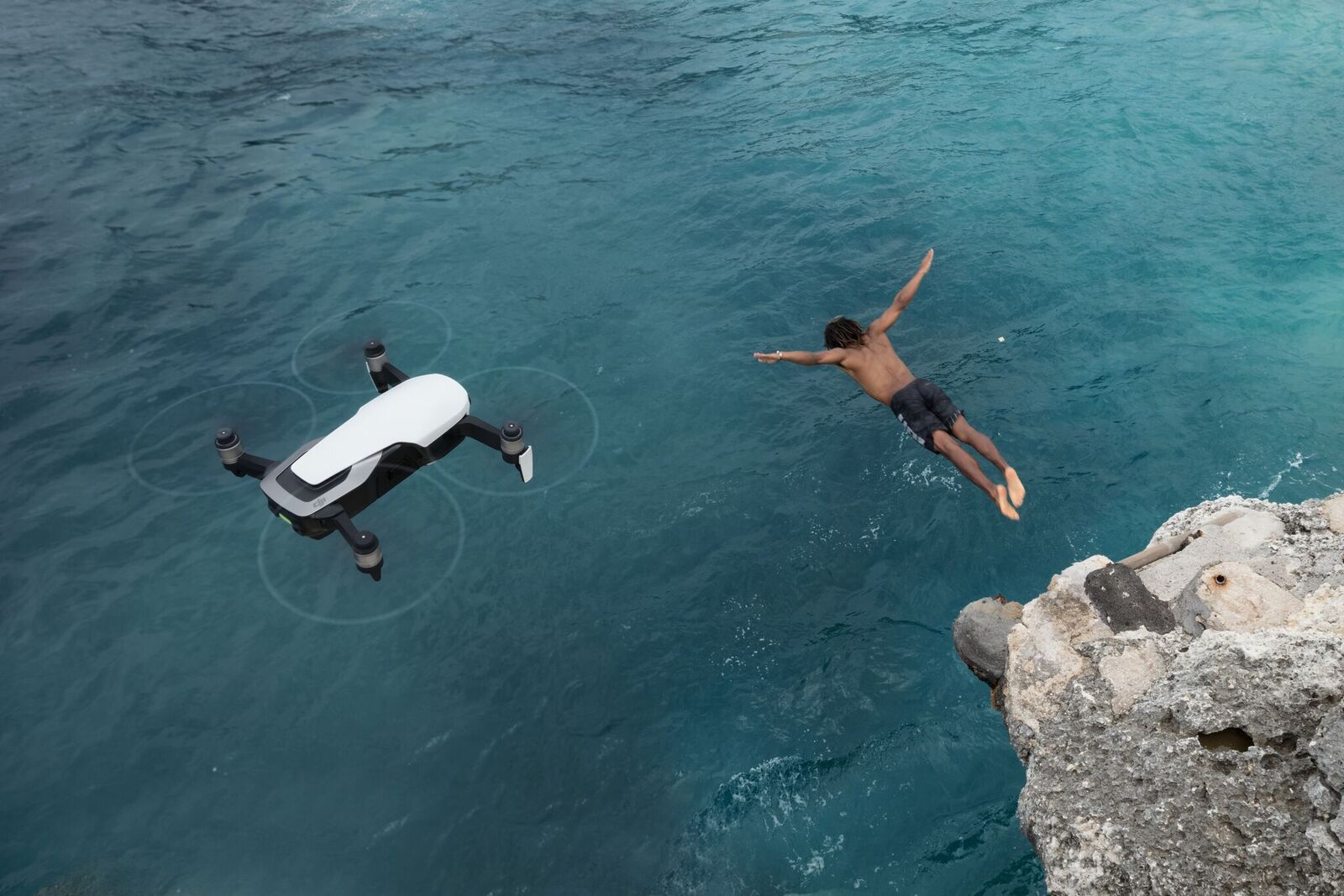 The Mavic Air Drone from DJI has been conceived with the outdoor enthusiast and adventure lover in mind and inherits the best features of DJI’s iconic Mavic series such as a 4K camera for fantastic image quality, new QuickShot modes and SmartCapture for simpler, more intuitive photo and video capturing capabilities, and FlightAutonomy 2.0 with Advanced Pilot Assistance Systems for smarter, safer flight. The possibilities are endless with regard to the sort of amazing footage you’ll be able to capture with this exceptional drone. 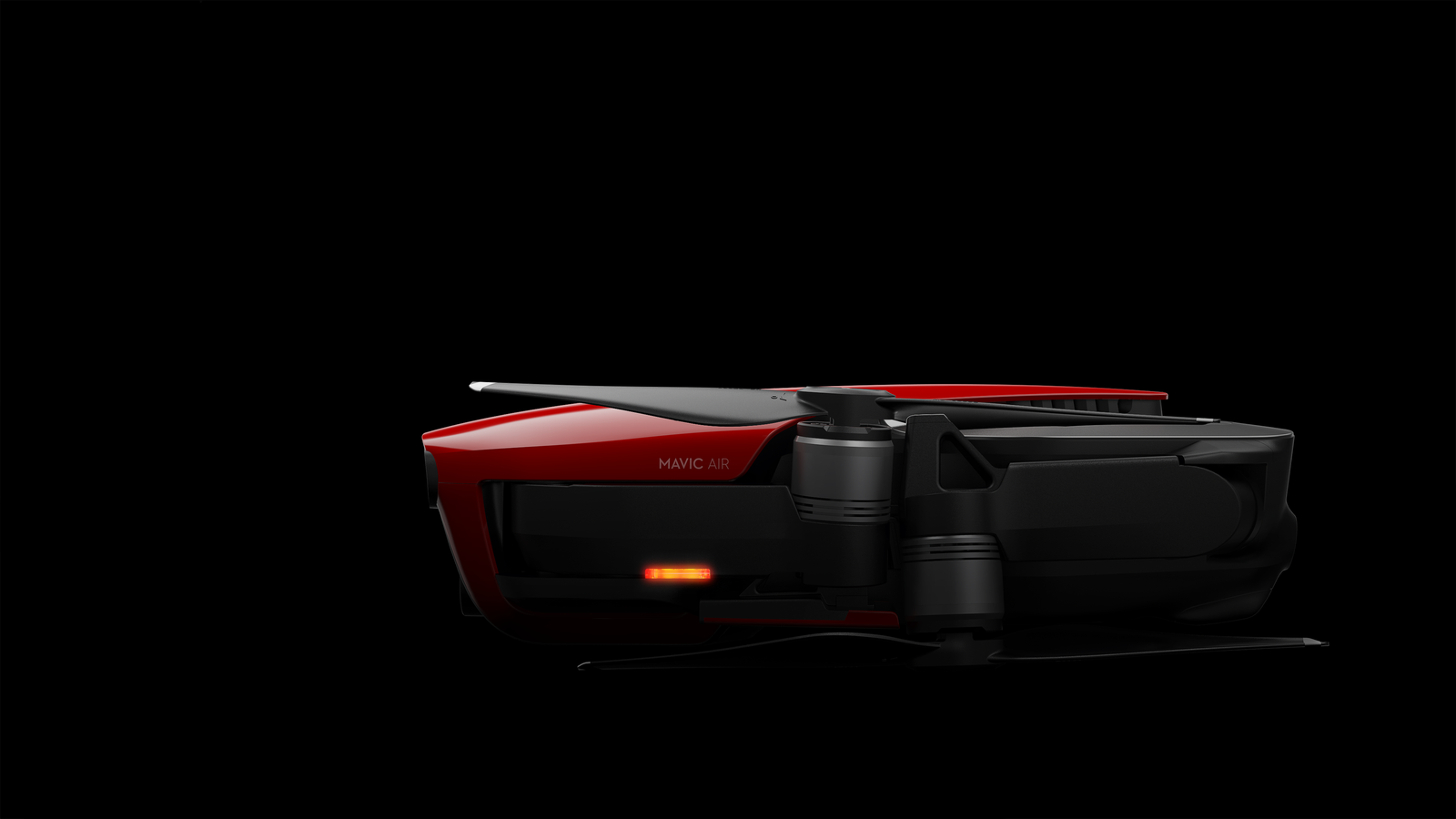 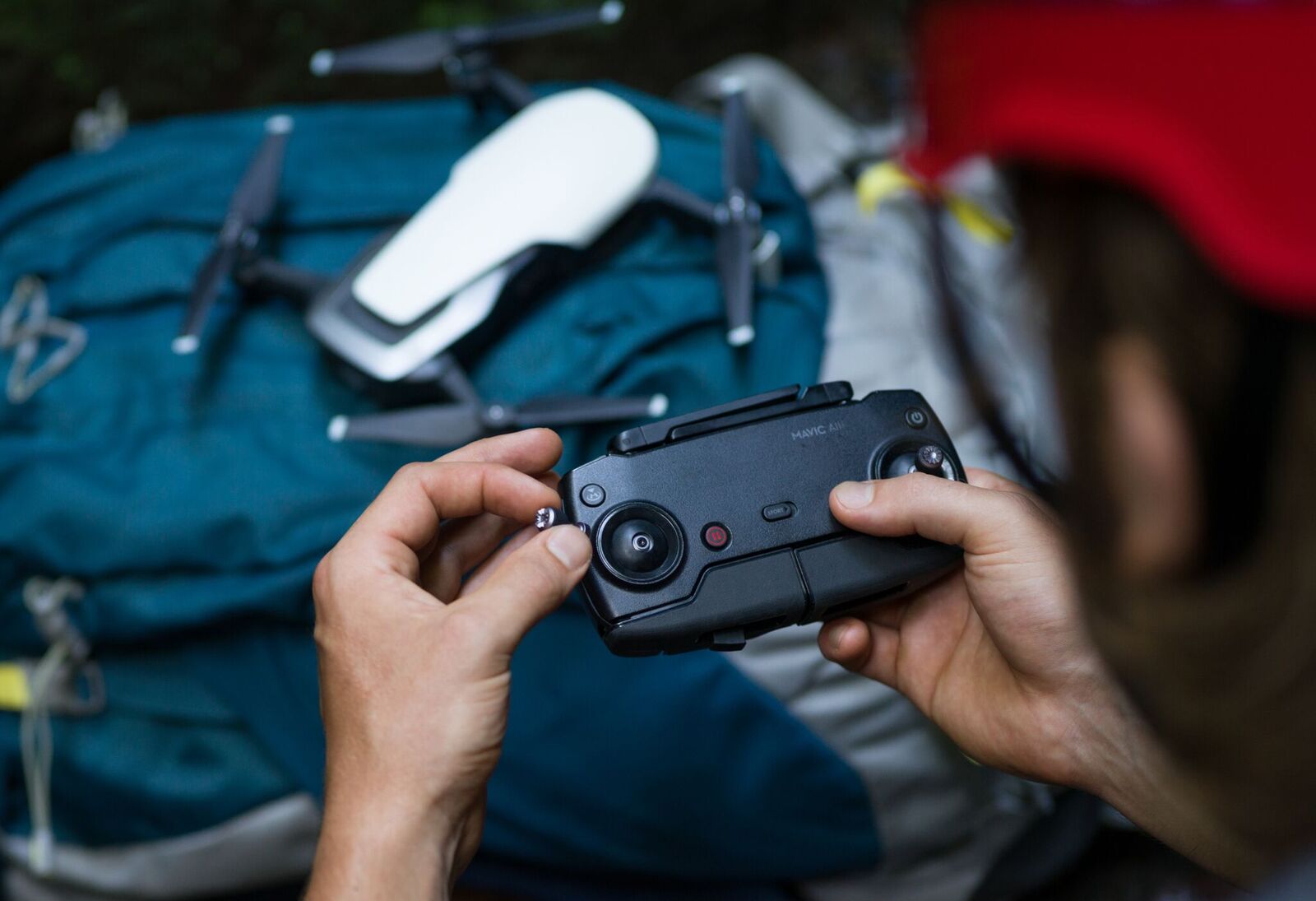 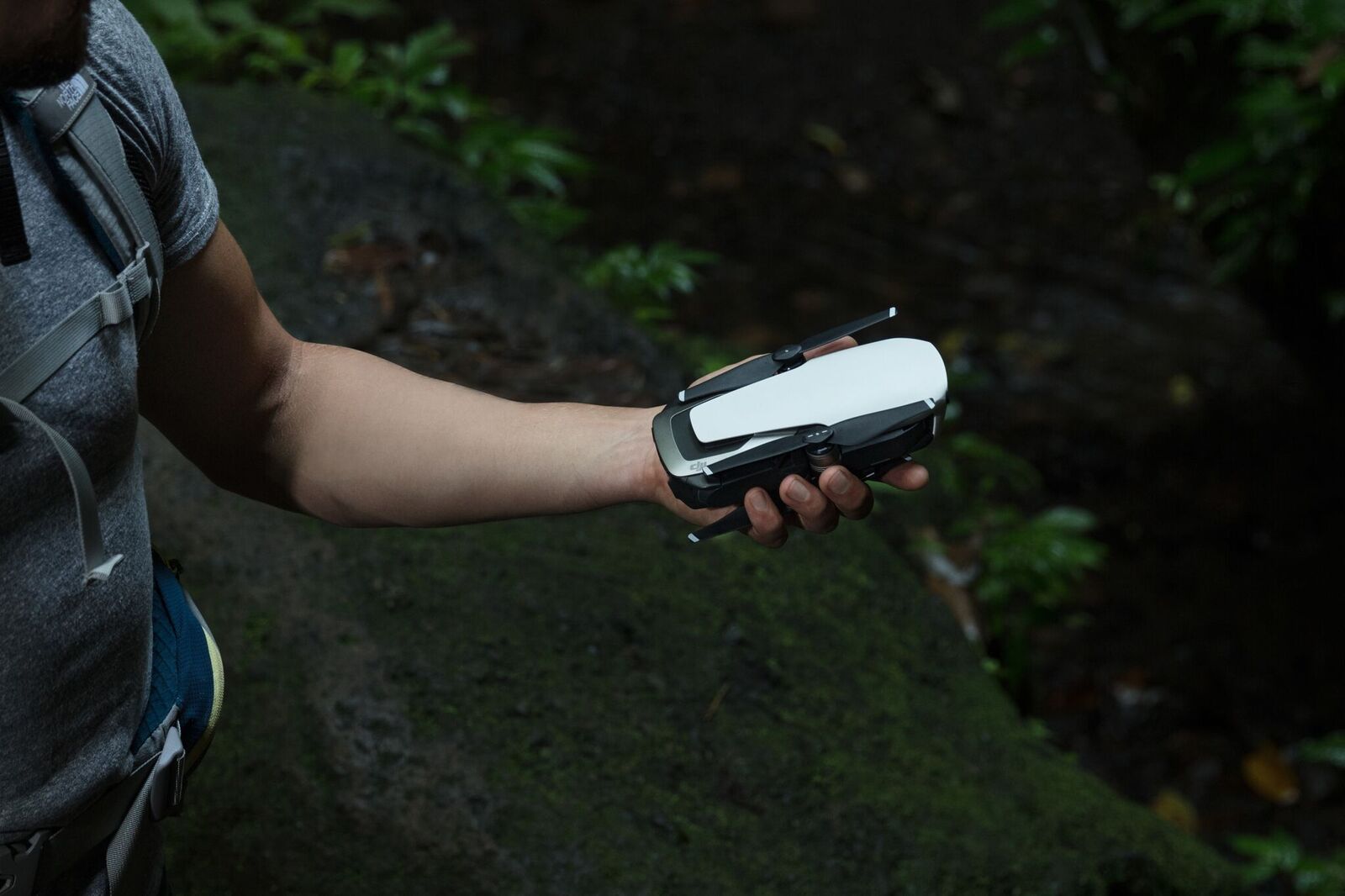 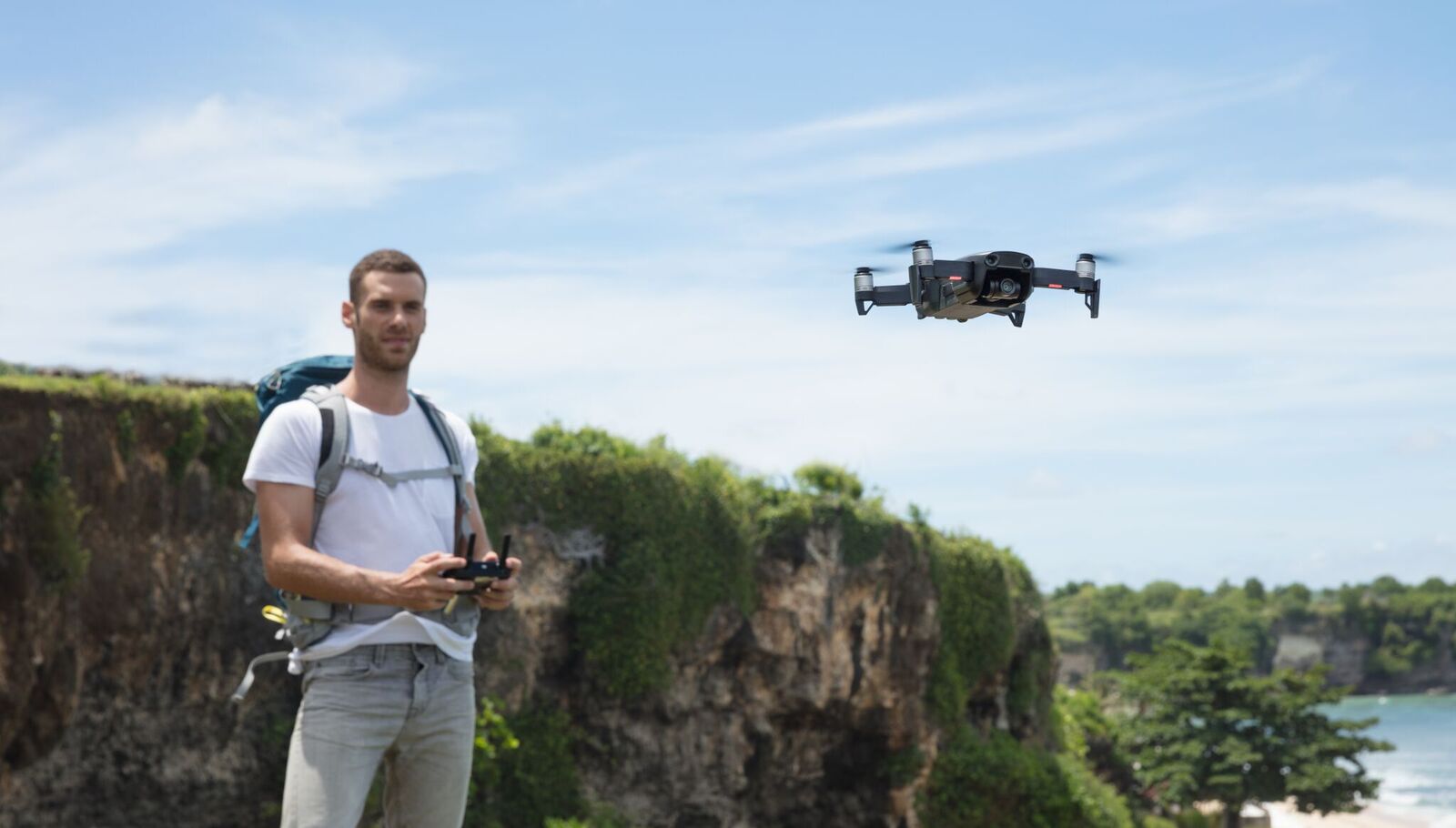 Portability and power are the two elements of the DJI Mavic Air Drone that really excel themselves and weighing in at just 430g, you’ll barely know you’re carrying the device until the time comes to unleash it and capture your unforgettable footage. Its folding arms and propellers sit flush against its streamlined, aerodynamic frame, which ensures that the Mavic Air it so compact that its footprint is barely more than the size of a modern smartphone when it is in its folded position.

As you’d expect from a drone from DJI, the Mavic Air is no slouch in the technology department and boasts a powerful camera housing a 1/2.3” CMOS sensor and the equivalent of a 24mm F2.8 lens (on a 35mm full frame sensor) captures high-quality photos and videos. This means you can take crisp 12-megapixel still images with the new HDR algorithms that preserve more highlight and low light details, which let take stunning aerial pictures from sunrise to sunset. 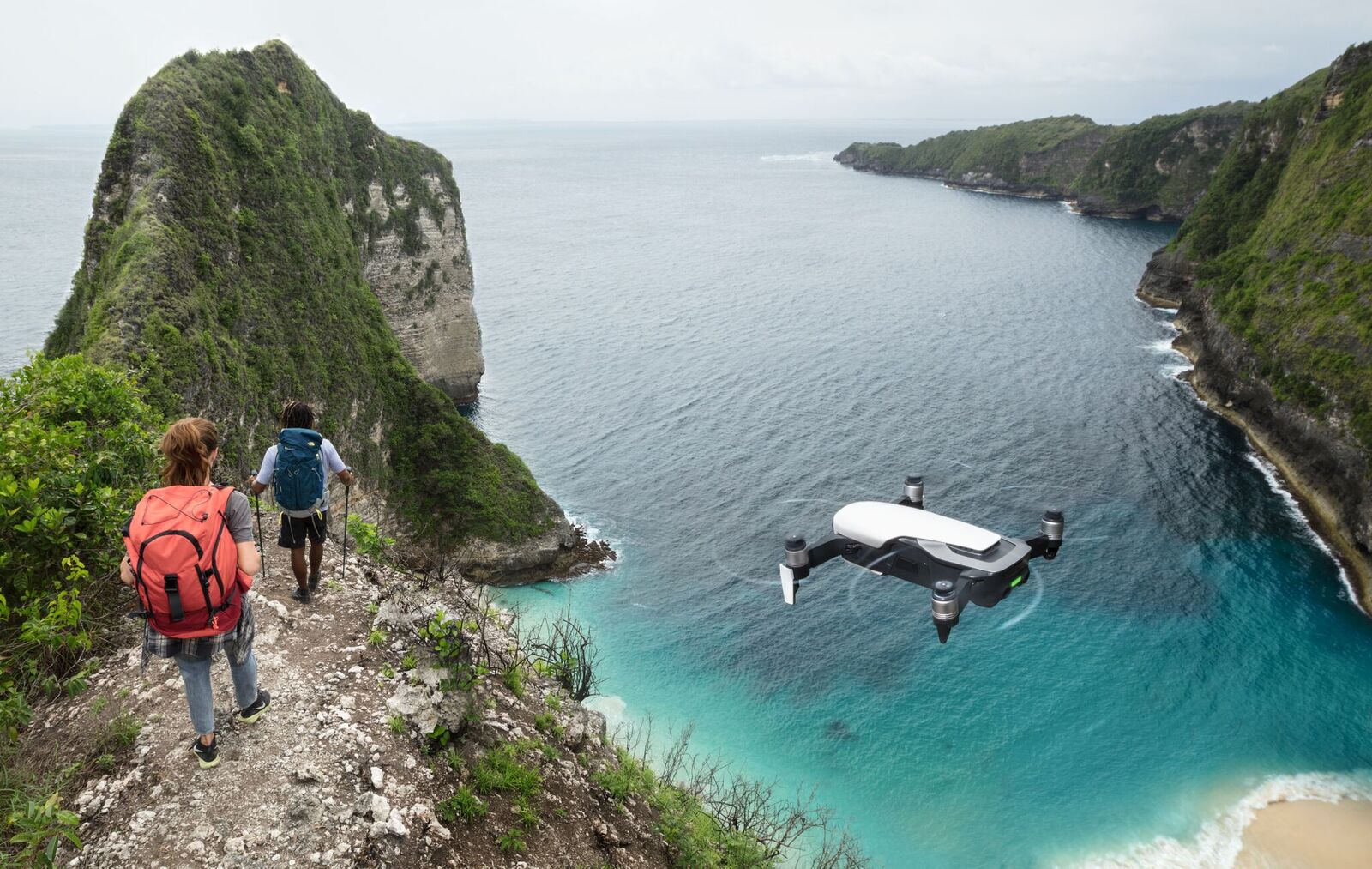 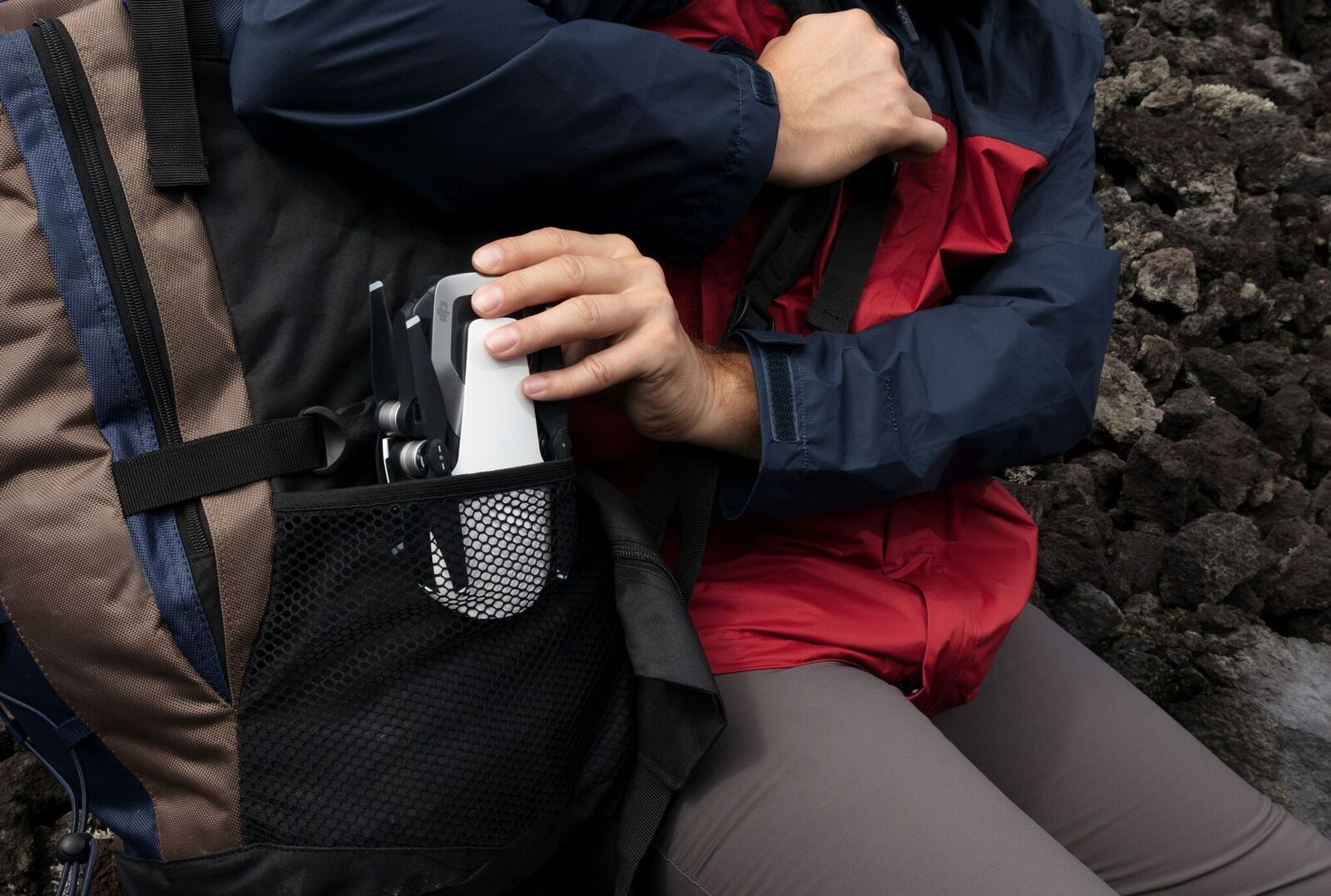 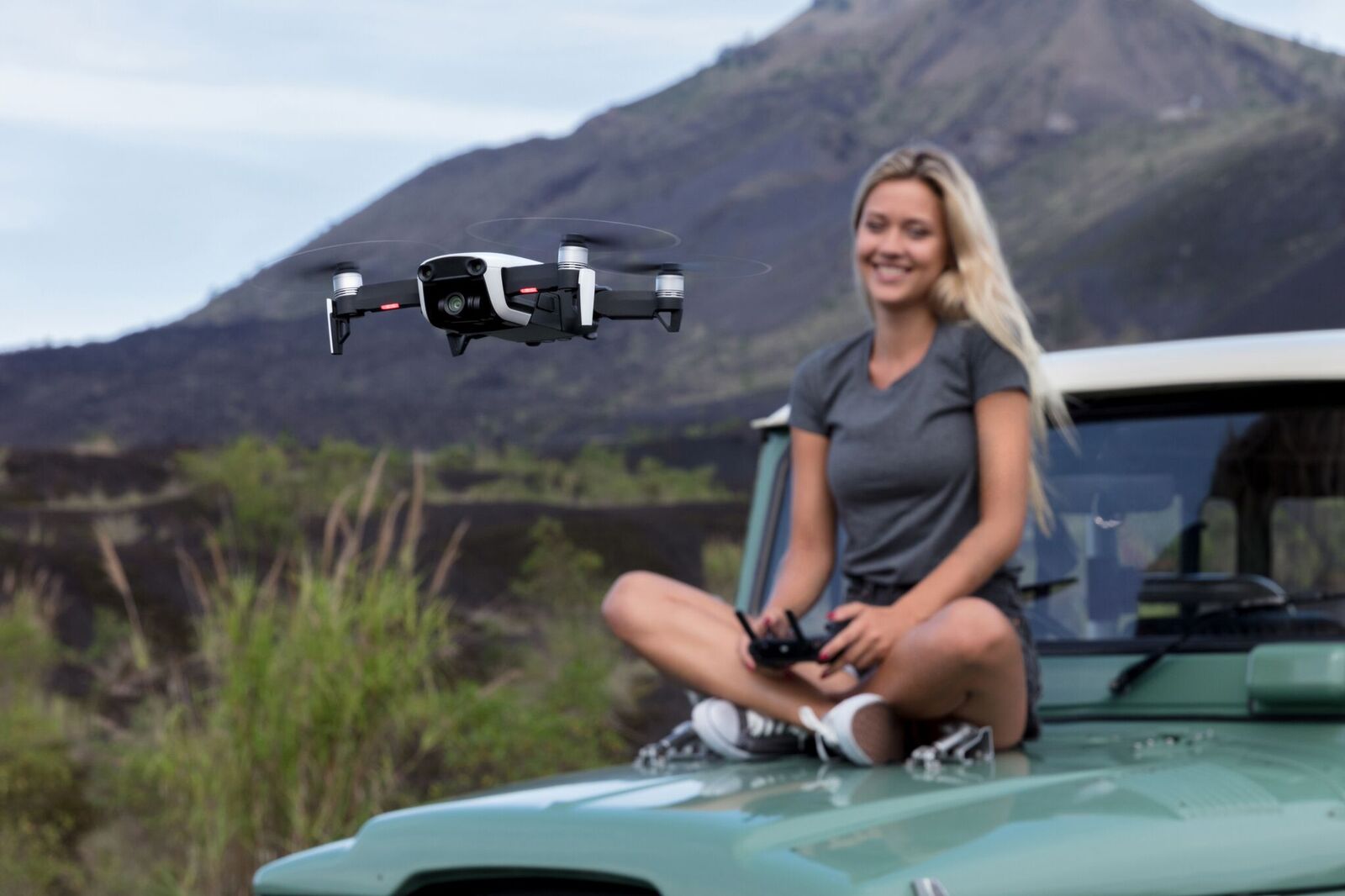 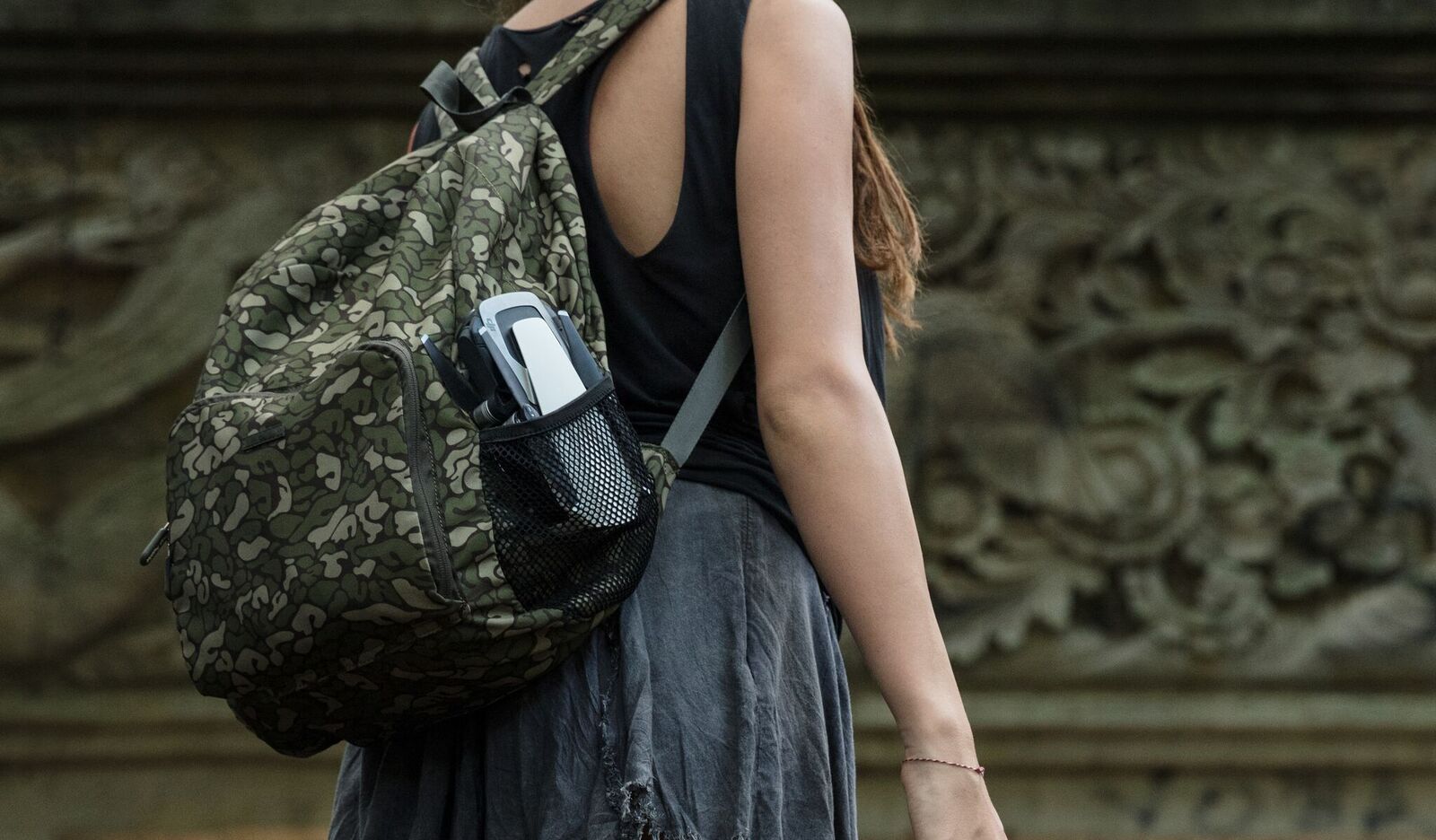 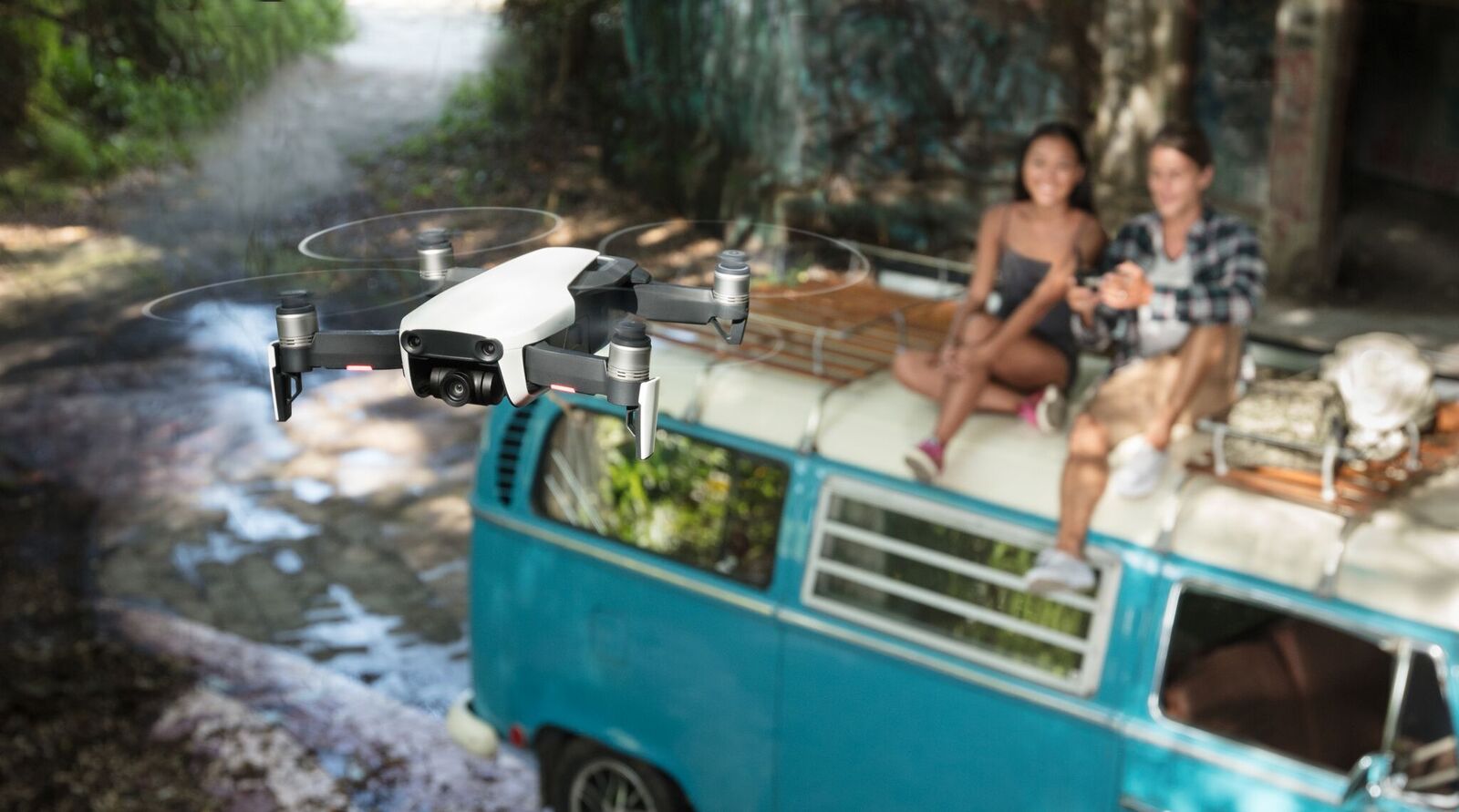 This amazing drone also shoots smooth stabilized 4K video at 30 fps, capturing the highest quality video of any DJI consumer drone with a maximum bitrate of 100 Mbps and with 8GB of built-in onboard storage you can save photos and videos directly to the aircraft on the go, which works alongside a micro SD card slot for extra storage capacity. It also has a newly-added USB-C port which ensures exporting captured footage is a doddle. What are you waiting for!?