Truth be told, we’re not huge fans of the Fast & Furious movies here at Coolector HQ given the rather stilted acting throughout and, in our opinion, the real stars of the show are the magnificent machines which are seen throughout the movies – not least the Off-Road Charger of Dom Toretto seen in Fast & Furious 7. Well, if you too were enamoured with that particular machine then you’ll want to take a moment to enjoy the amazing way it has been photographed by LA based photographer, Webb Bland. 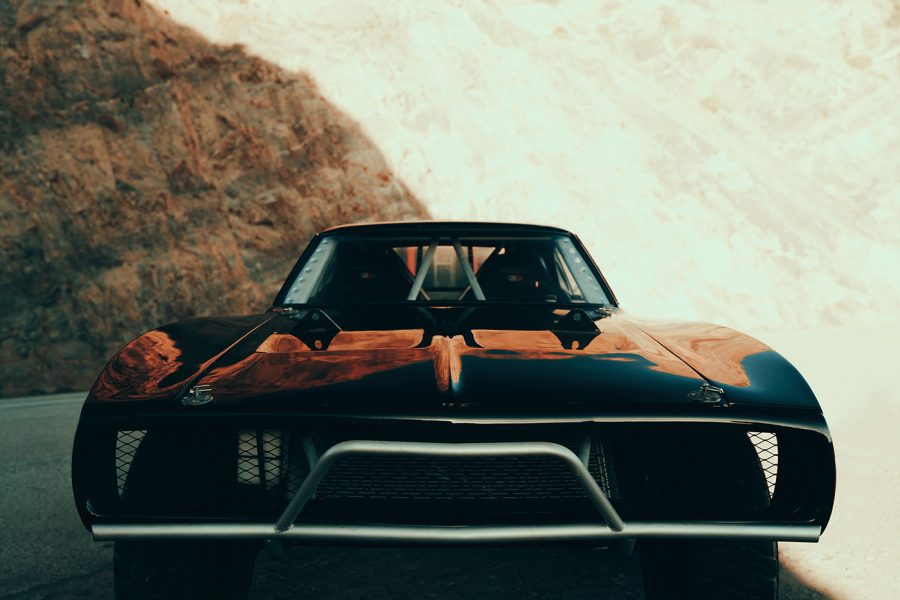 This stunning steed doesn’t really need to be photographed in such a manner to look impressive but when you pore over the incredible images captured by Webb Bland, you’ll likely experience a whole new appreciation for the lead speed demon from the seventh movie in the, seemingly indestructible, franchise. Capturing the machine in all its robust glory, Bland has certainly got a real eye for bringing out the best in four-wheeled machines and specialises in photographing cars for some of the world’s biggest automobile brands.

Operating out of Los Angeles, California, Webb Bland is a full-time photographer and retoucher and some of his clients include Alfa Romeo, Audi, Chrysler, Dodge, Fiat, Ford, Jaguar/Land Rover, Lexus, Maserati, SRT, Top Gear Magazine UK and The Official Ferrari Magazine but it is his photoshoot with Dom Toretto’s Off-Road Charger that has really captured our attention here at Coolector HQ. 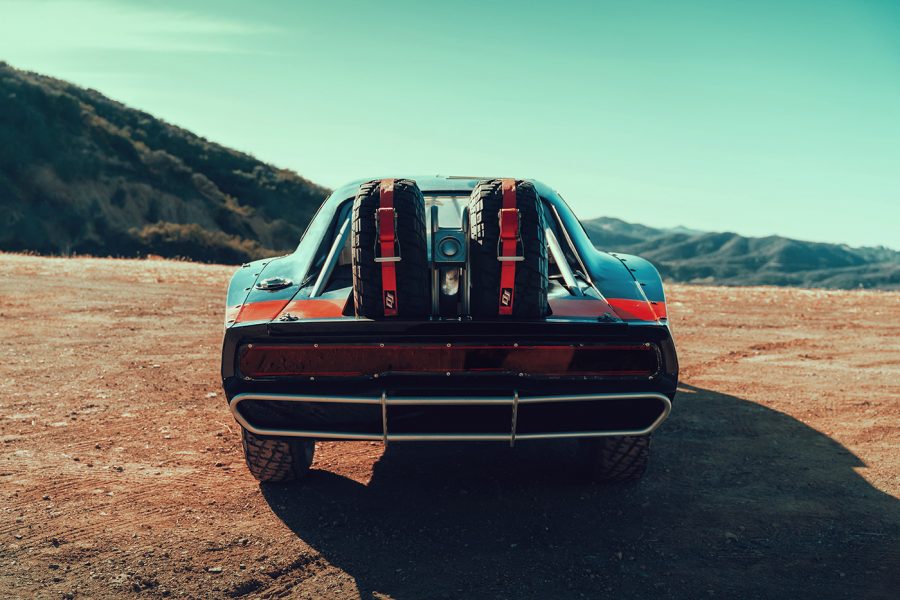 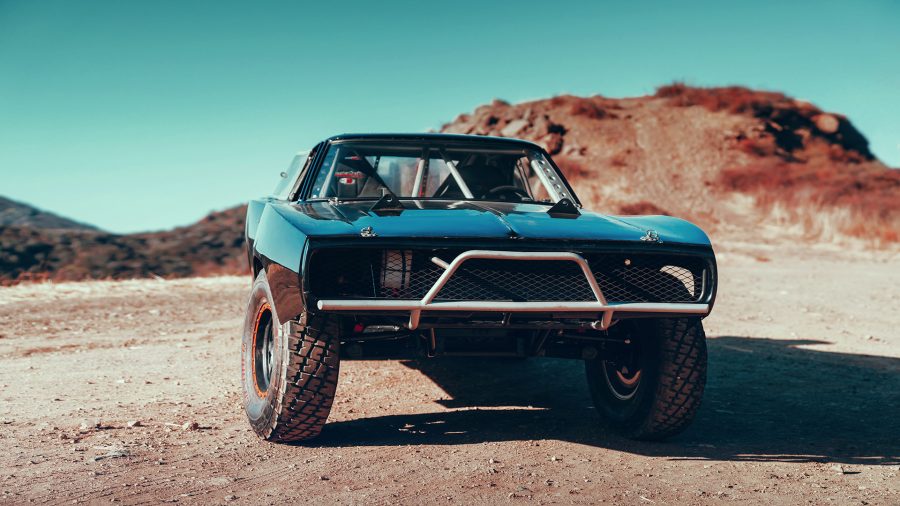 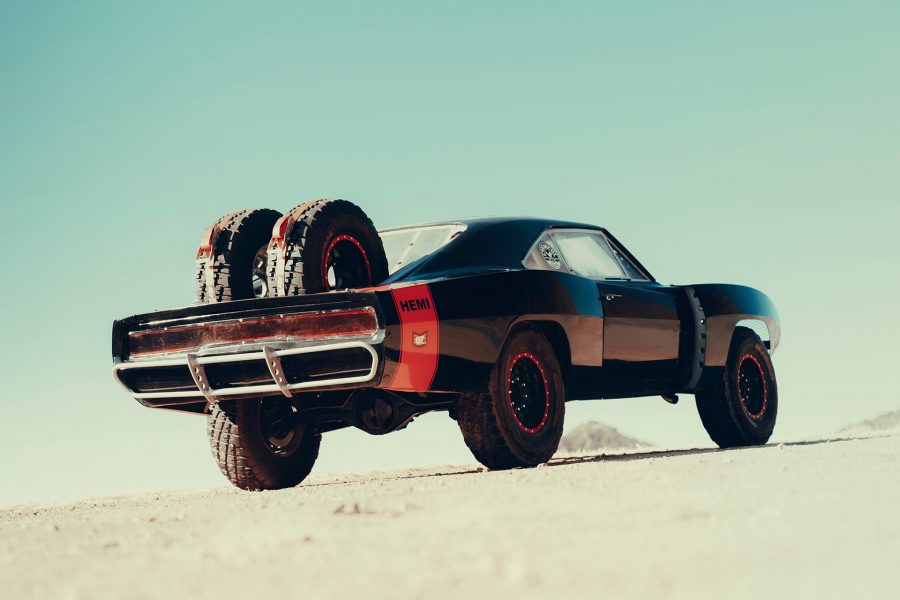 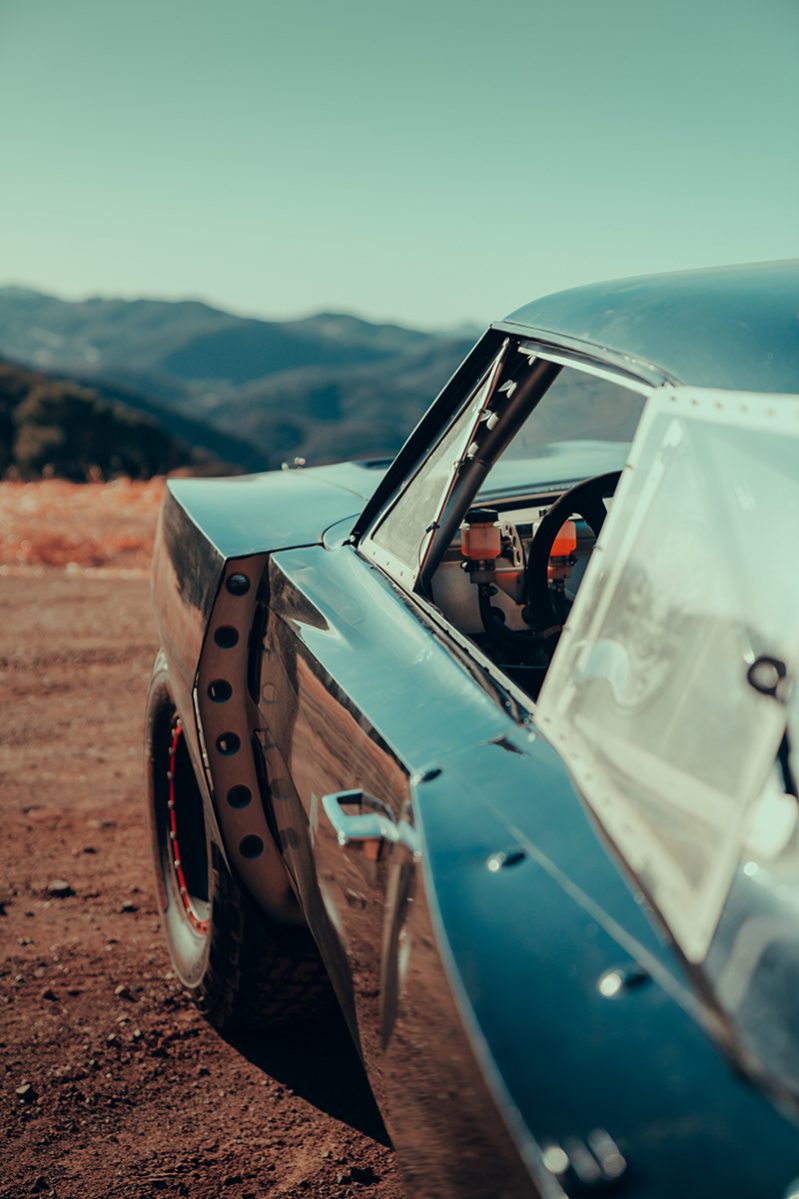 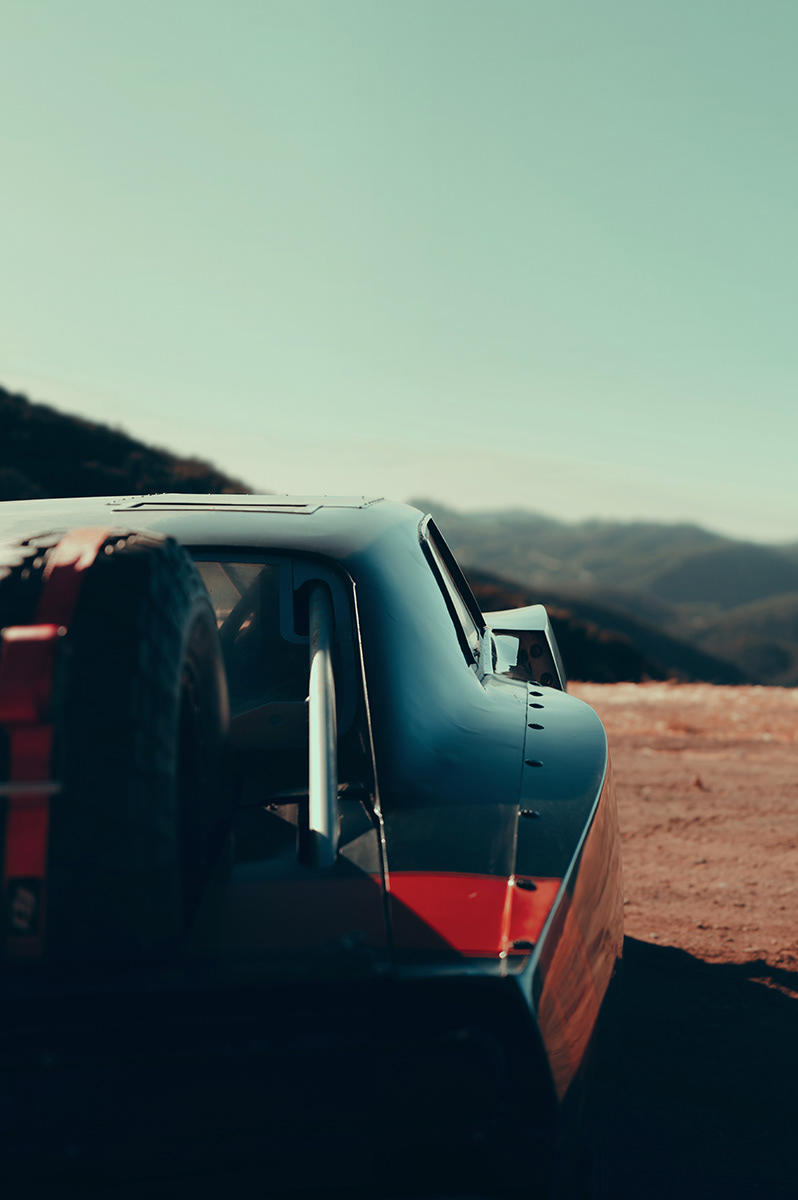 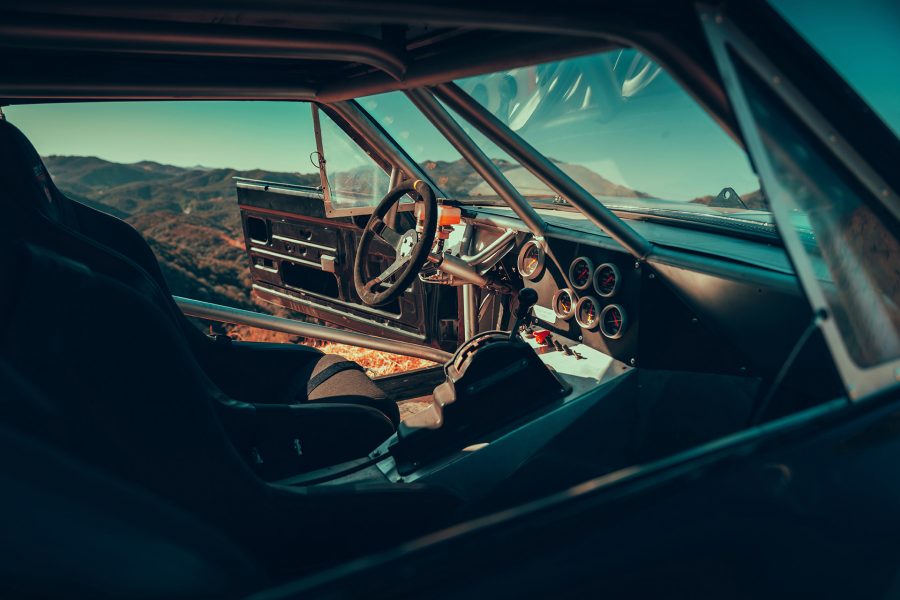 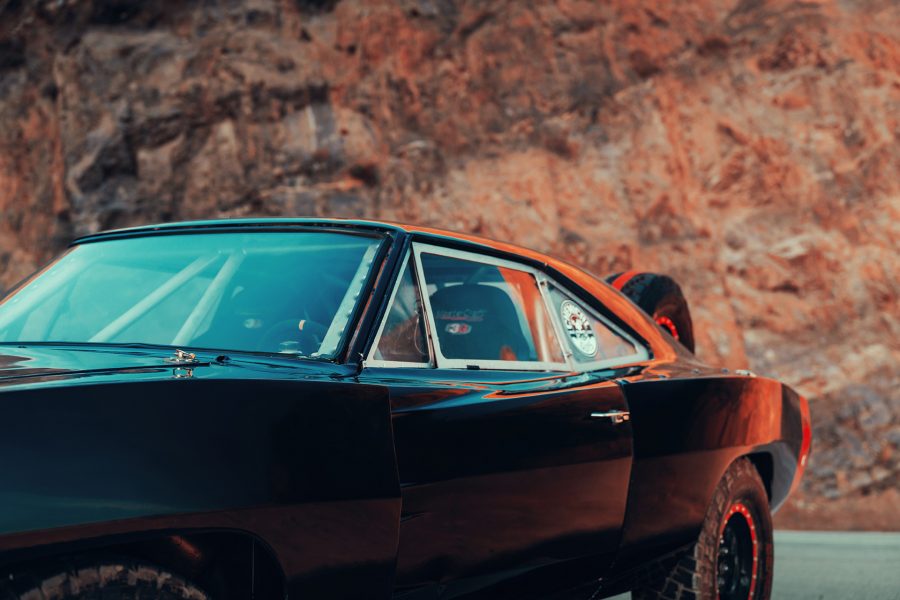 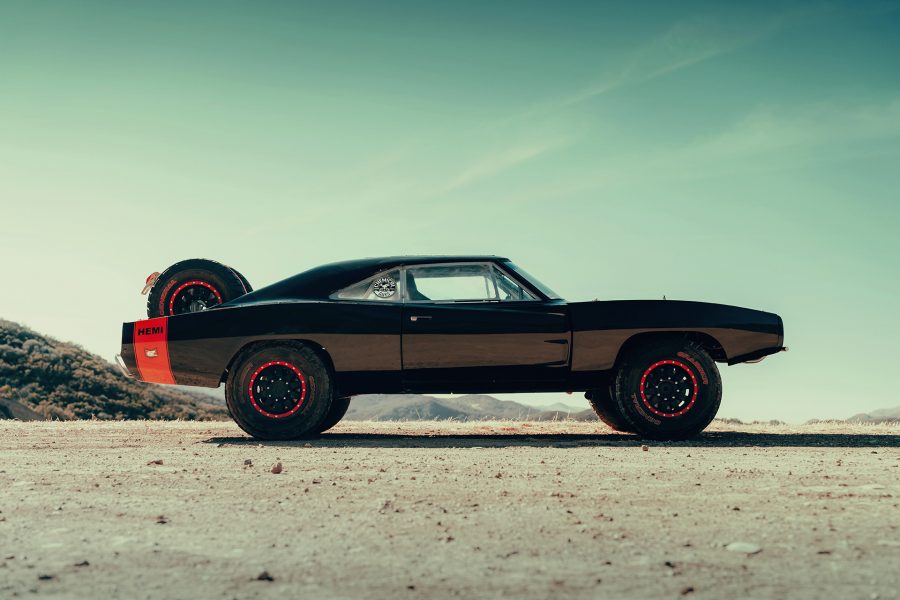 In this personal shoot with Dom Toretto’s Off-Road Charger, which is the screen-used stunt car from the seventh iteration of the Fast and the Furious films, you can see just how cool a machine it is when seen up close and with all the addition bells and whistles that really made it stand out in the movie. The photoshoot took place in late 2017 when Bland had the pleasure of spending a few days taking pictures of the most memorable hero car from the Fast and the Furious franchise; namely, Dom Toretto’s Off-Road Charger. 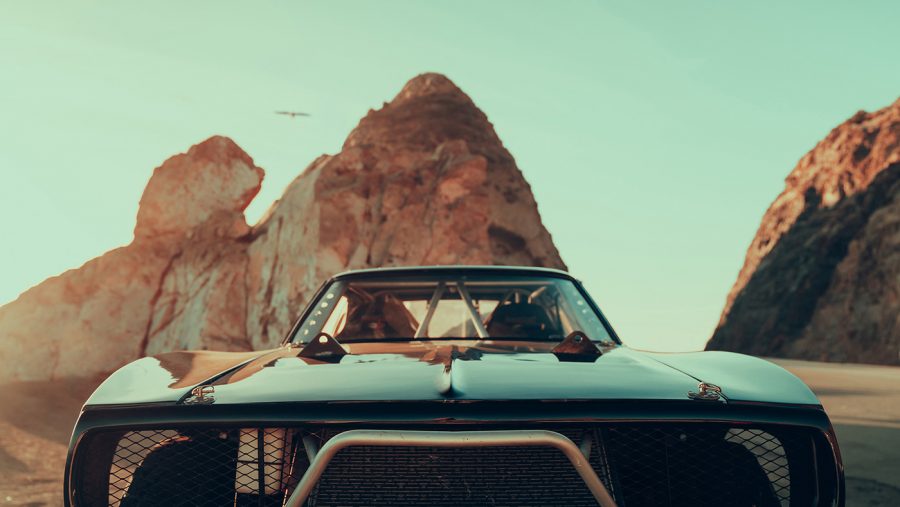 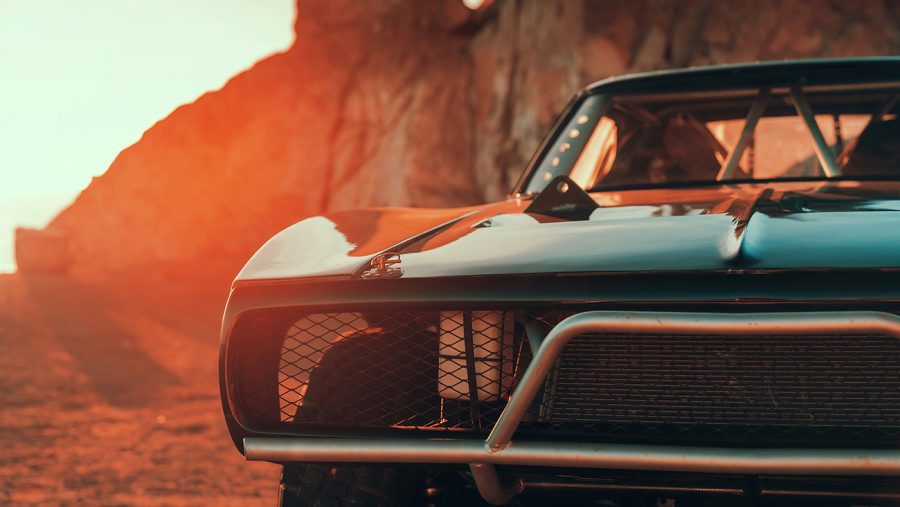 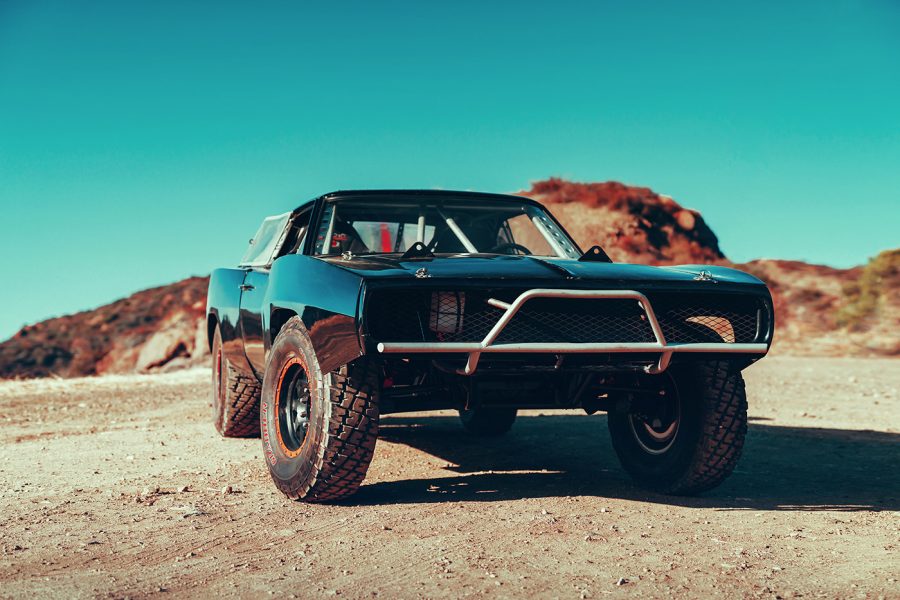 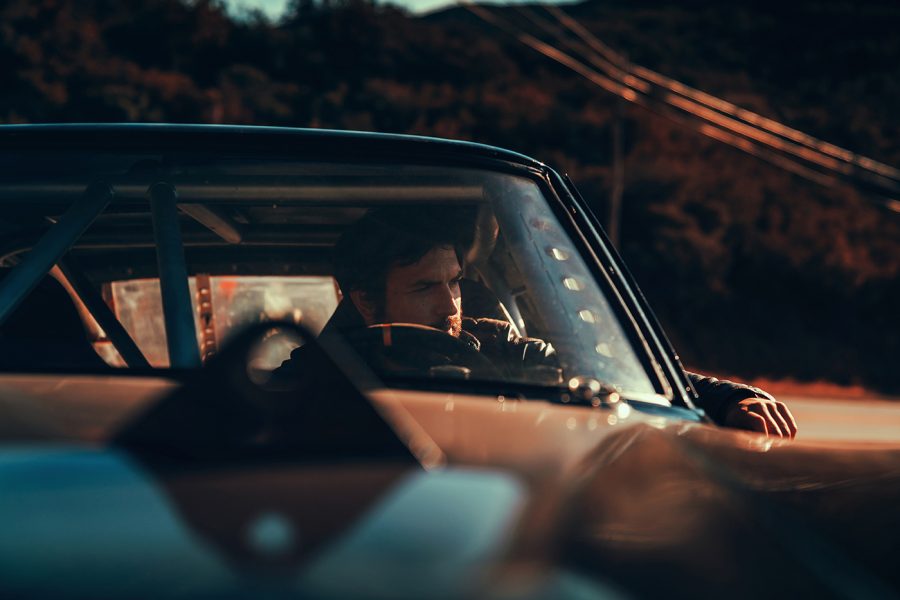 If you’re a fan of the movie, you’ll know it is one of the cars that was airdropped from the C-130 Hercules and this particular stunt car was built for all of the interior closeups of Vin Diesel plummeting to earth, and driving away in the ensuing escape sequence. This breathtaking car was designed and built by Dennis McCarthy of Vehicle Effects, who are the talented team behind many of the memorable cars from the films and this stunt car was subsequently purchased by a private movie car collector for whom Webb Bland was carrying out the photoshoot.

We love photographers who can really make a subject stand out and resonate with our style sensibilities here at Coolector HQ and it’s fair to say Webb Bland has done exactly that with his spectacular shots of Dom Toretto’s Off-Road Charger. If you loved the Fast & Furious movies (and even if you didn’t to be honest), you’re going to appreciate the aesthetics of this machine and the phenomenal job the team at Vehicle Effects did in putting it together. 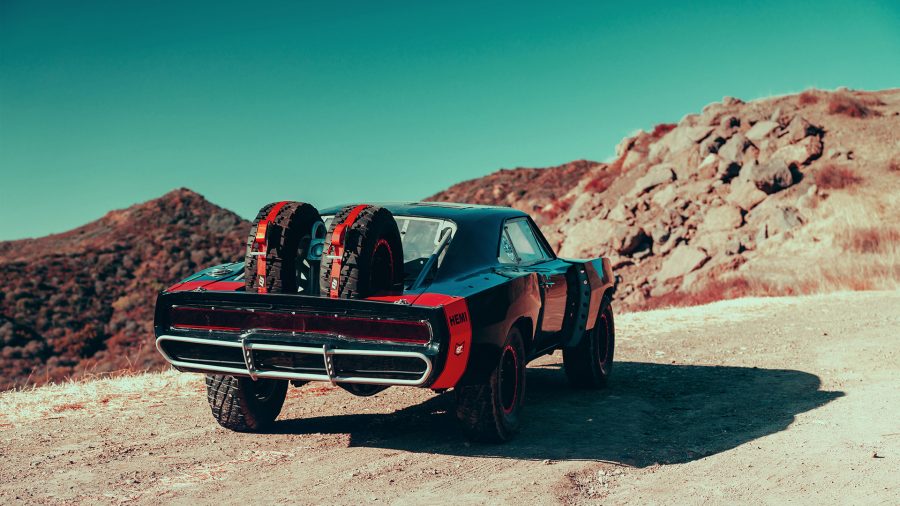 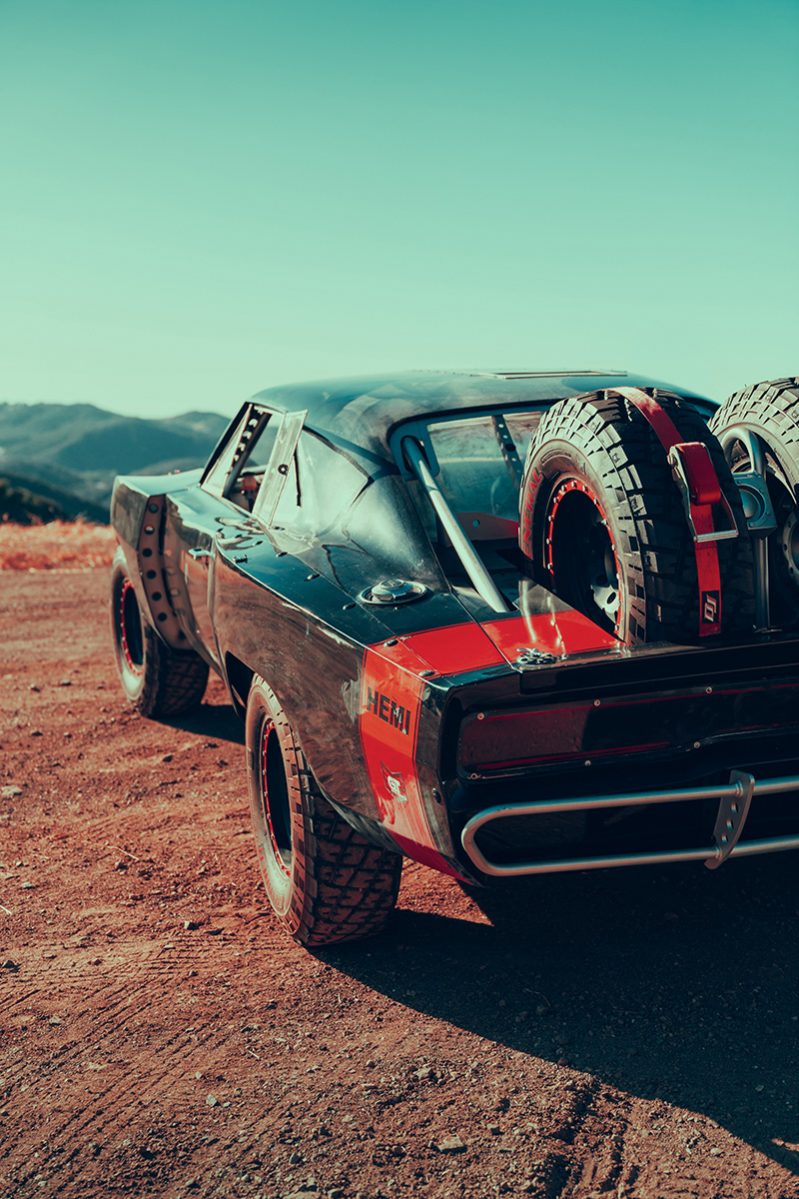 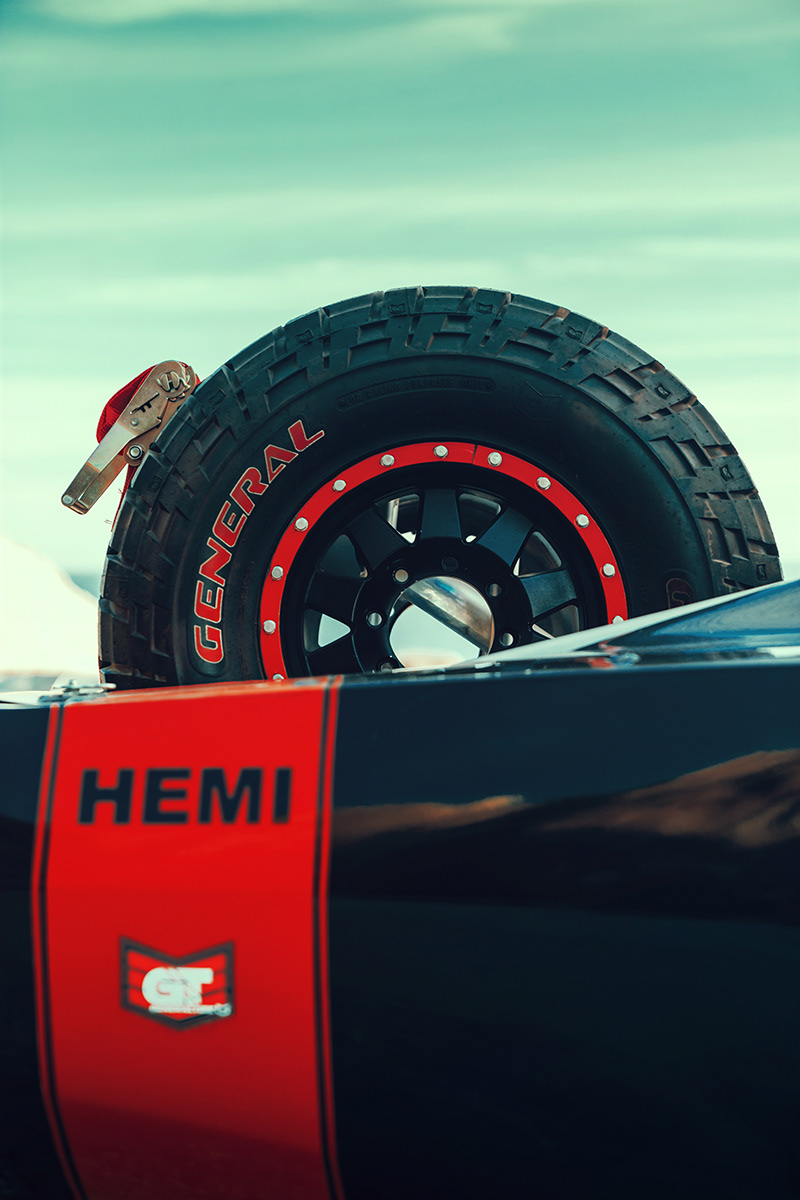 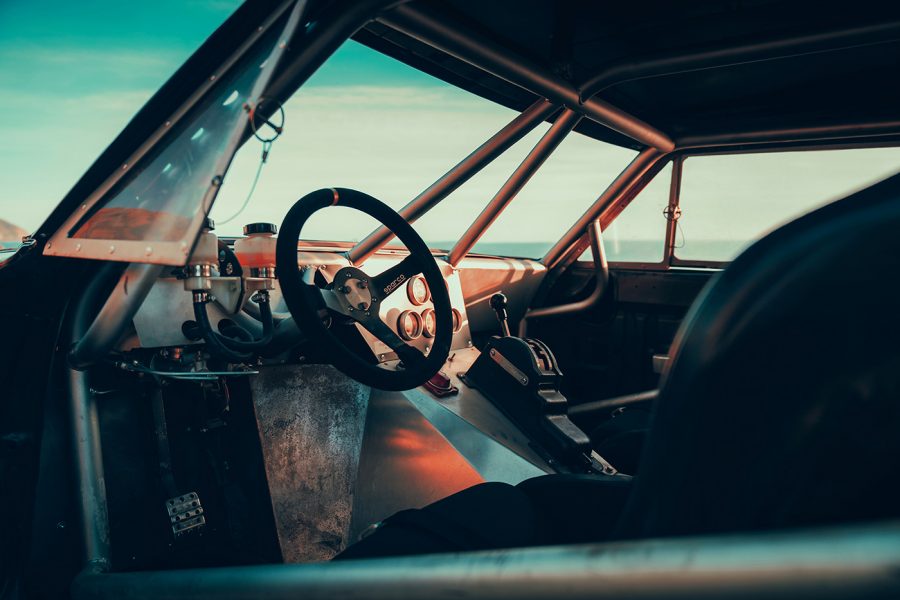 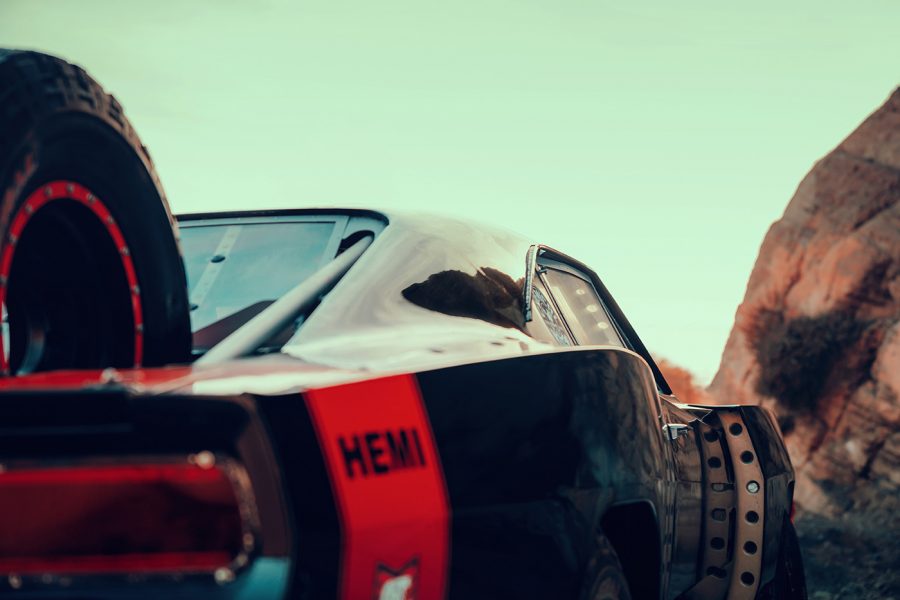 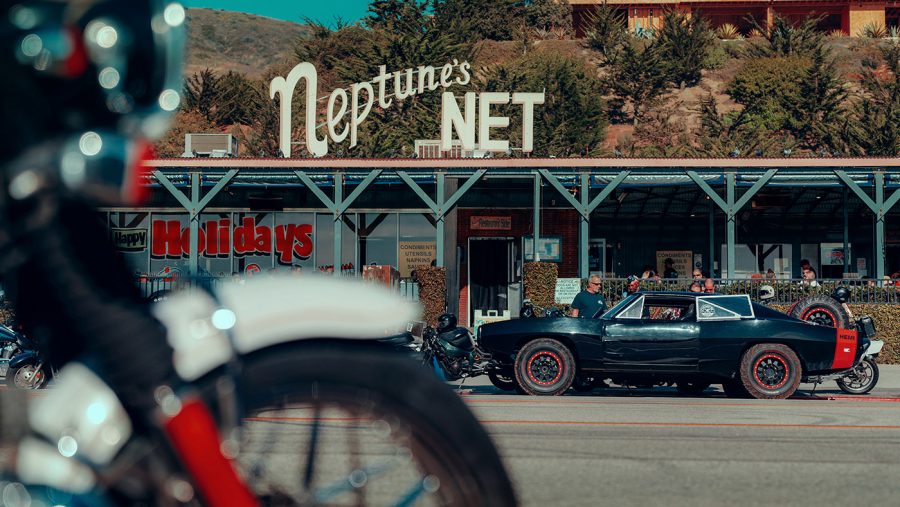 This exemplary creation is definitely the stand out performer in the franchise in our opinion and Bland has a superb eye for detail in his photography which manages to elevate its considerable style still further. He is a die-hard fan of this generation of Charger, a movie car buff, and admirer of outrageous off-road Mad Max-level Safari-modifications to classic cars so, needless to say, shooting this machine was a real labour of love for Bland – and it pays off in the visuals.