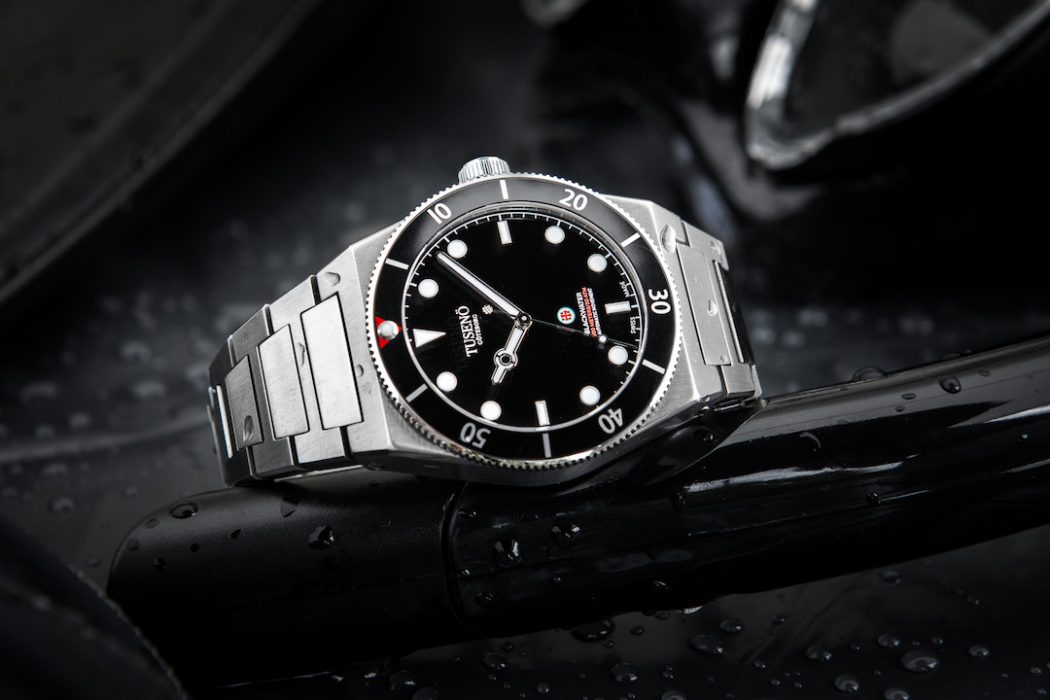 Swedish watchmaking is rapidly becoming one to watch in our opinion here at Coolector HQ as more and more fantastic watchmakers from Scandinavia continue to make their mark. One of the trailblazers and biggest stand outs so far as Scandinavian watchmaking is concerned is undoubtedly that of Tusenö and they have showcased this very fact once again with their latest release – the limited edition, Blackwater Watch.

The Tusenö Blackwater Watch represents a huge step up from the Swedish watchmaker’s First series of timepieces. Therefore the decision was made to create it together with one of the most reputable Swiss manufacturers was a crucial undertaking. Together with the Swiss manufacturers, Tusenö decided to use the fairly new Sellita SW200-1 movement, which is an incredibly solid and reliable movement that’s slim enough to reach the profile they desired and a good choice in terms of both future proofing and servicing.

Made for Rough Seas

As the Blackwater Watch is a tribute to brave workers of the Swedish Sea Rescue, it goes without saying that it has been designed and built to be as robust and durable as a wristwatch can be. Once Tusenö got the go ahead from Swedish Sea Rescue to create this exemplary timepiece, they knew they had to create something really special and unique. A watch that could cope with even the worst autumn storm the Swedish west coast could throw at it – which, needless to say, is no walk in the park. 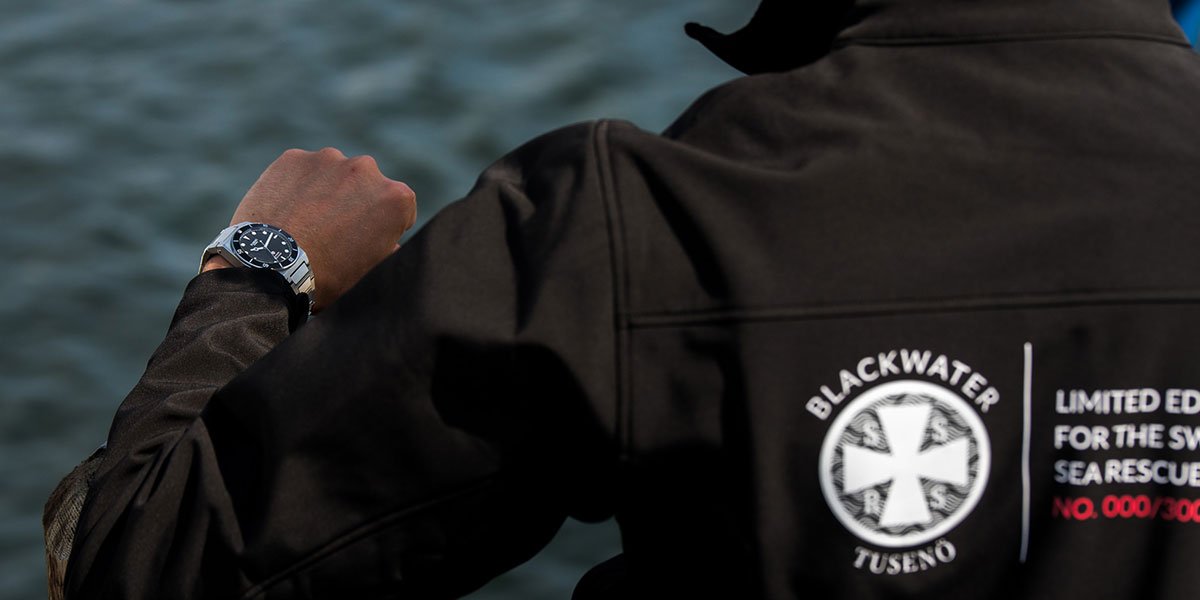 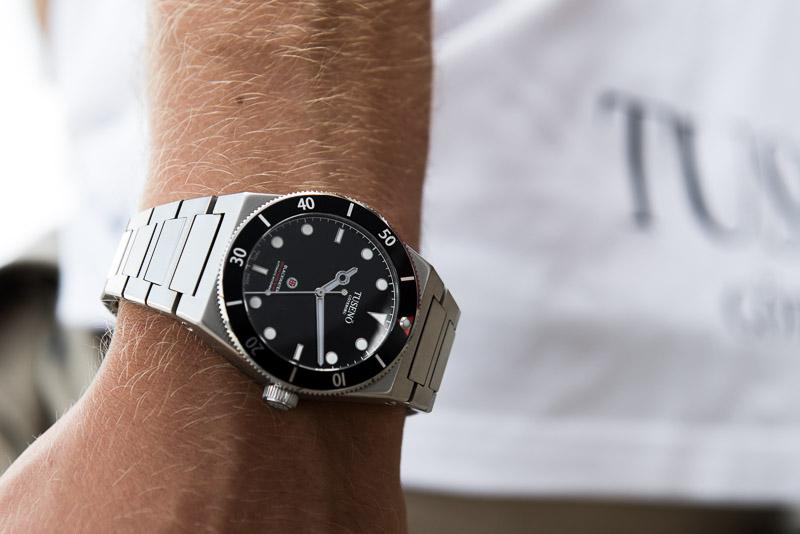 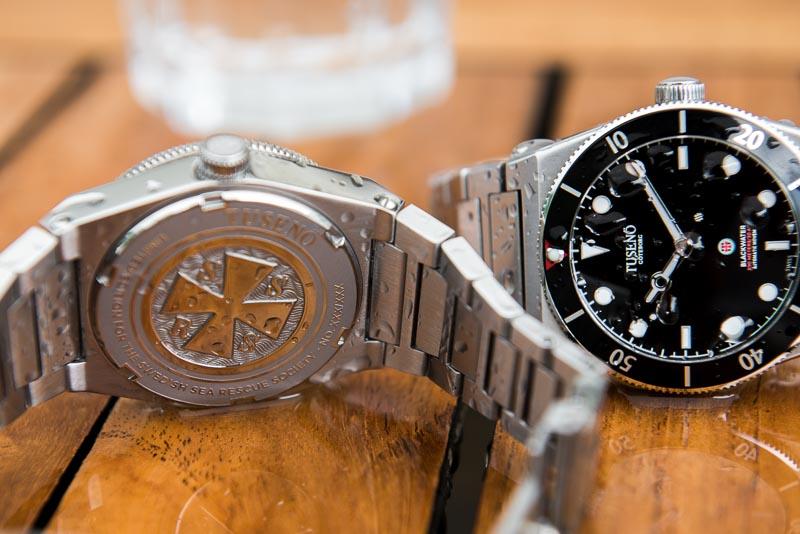 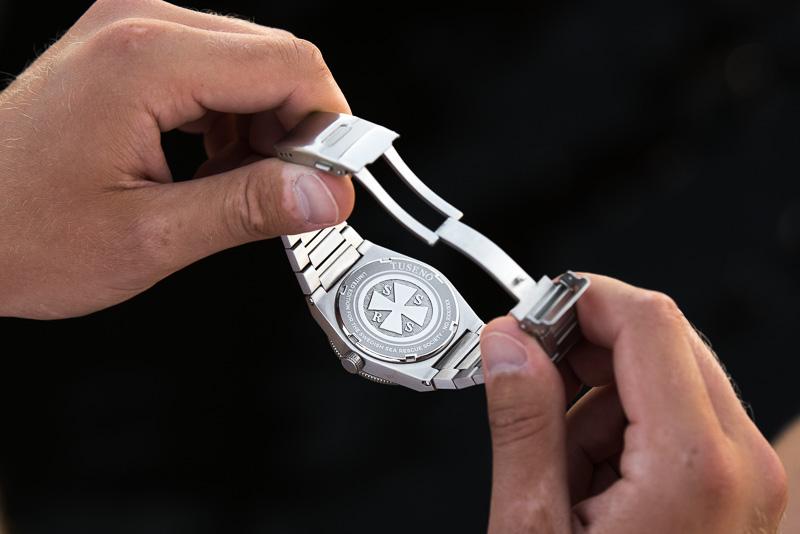 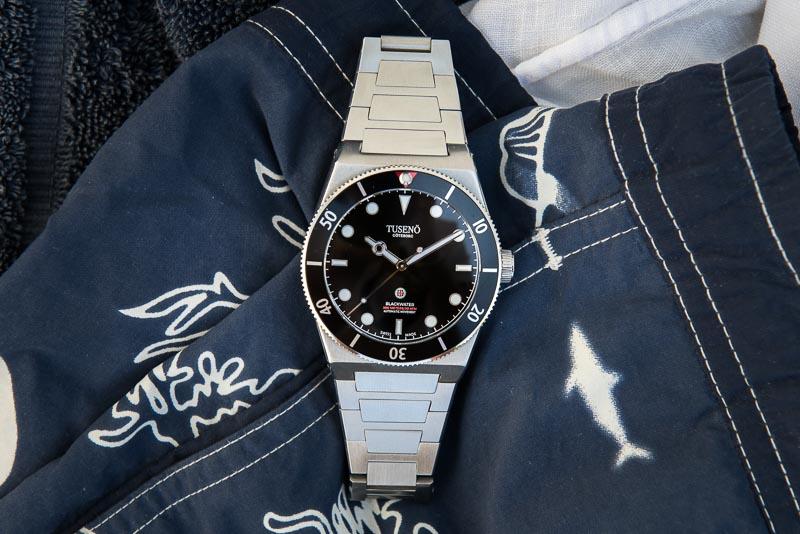 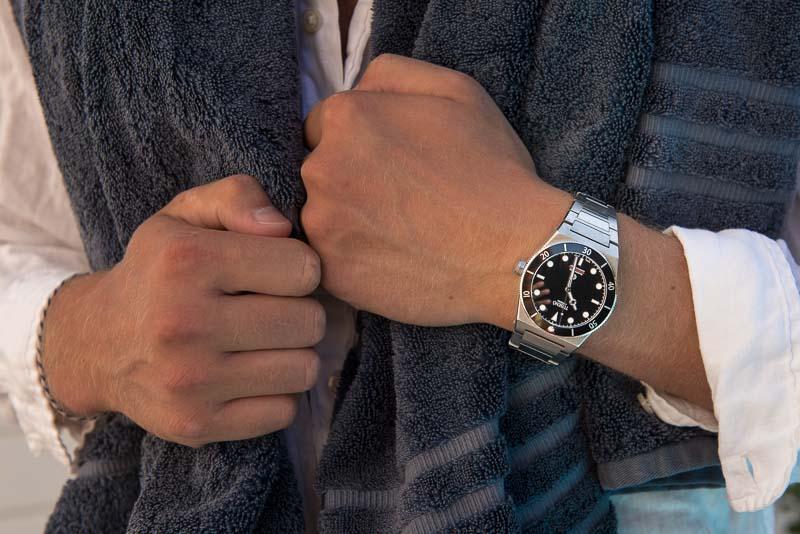 The Blackwater Watch from Tusenö was created to be a useful tool even when being used in the most risk filled operations. As such, the first rate Swedish watchmakers came up with a timepiece that can handle not just a 300 meters depth, but also bitter cold and being thrown around and all sorts of rough terrains and weather conditions. All this demands precision all the way from the drawing board to the final quality control and that’s exactly what you see in the finished Blackwater Watch. 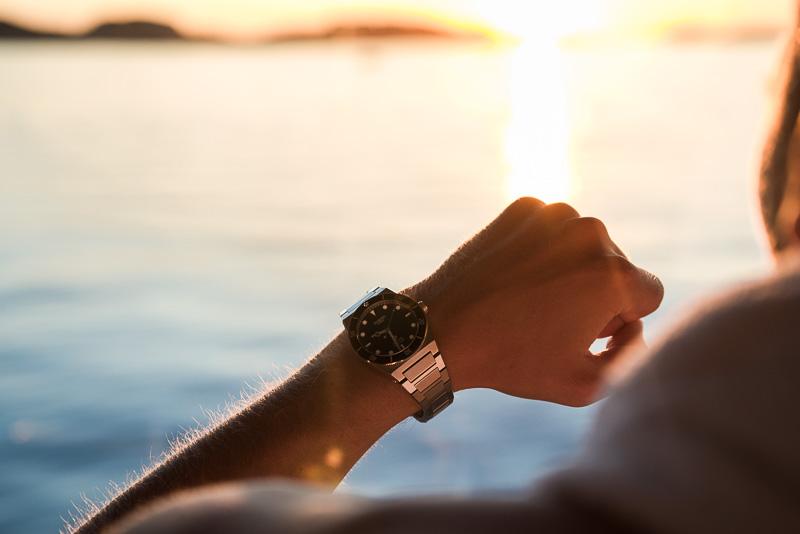 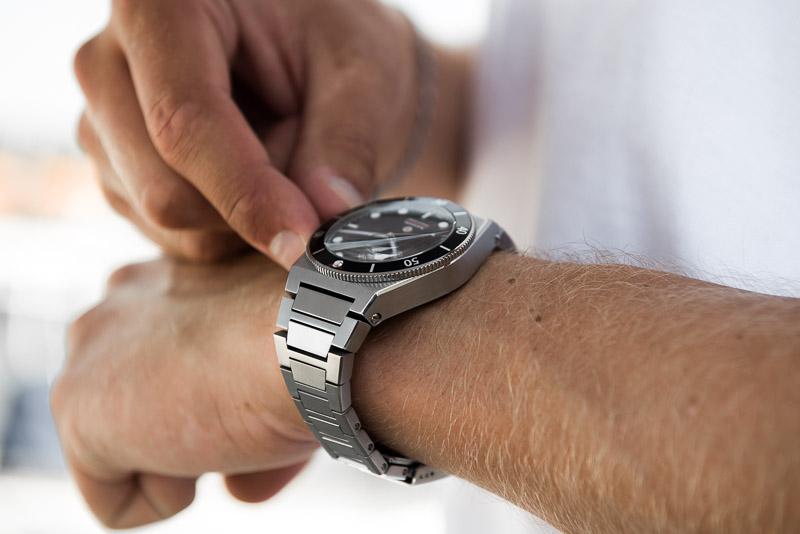 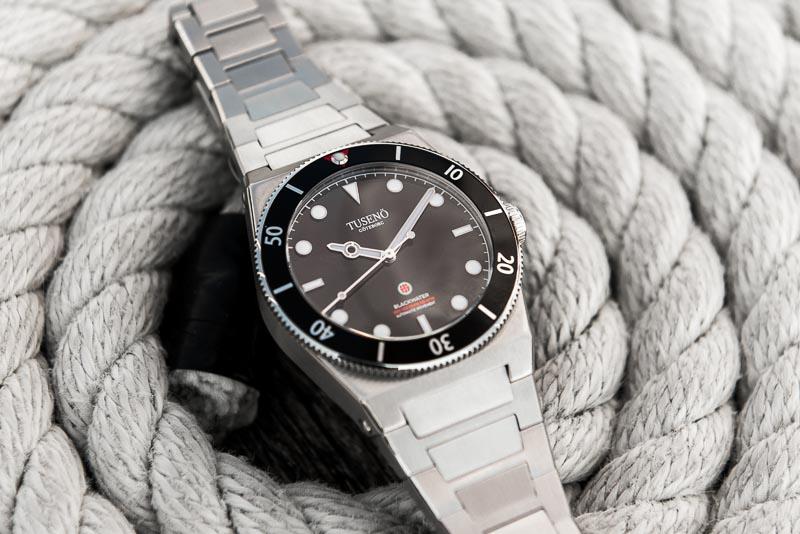 Given that the SSRS does not just operate in and on water, but also in helicopters, Tusenö had to ensure that Blackwater would be extremely reliable to heavy vibrations. To achieve this, they used Hytrel gaskets inside the threads to make sure vibrations would not impact the screws used in the watch. As always Tusenö believe less is more and the Blackwater visibility is of real importance so they made sure that the dial would be easily read both on land and in the darkness of the deep. No distractions just pure usability.

Only 300 of the Blackwater Watch from Tusenö will be released so you’ll need to act quickly in order to secure one of your own. It’s a not just one of the coolest looking, stealthiest watches on the market, it’s also a fantastic tribute to the Swedish Sea Rescue team. This top notch timepiece is designed in Sweden and made in Switzerland to deliver the perfect union of understated design and exemplary craftsmanship. 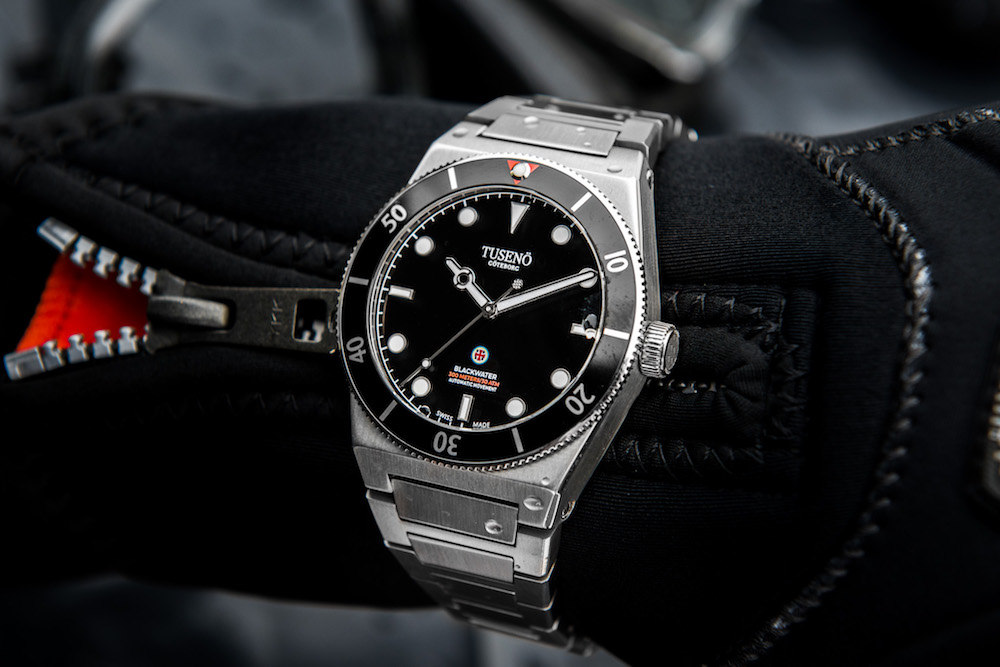 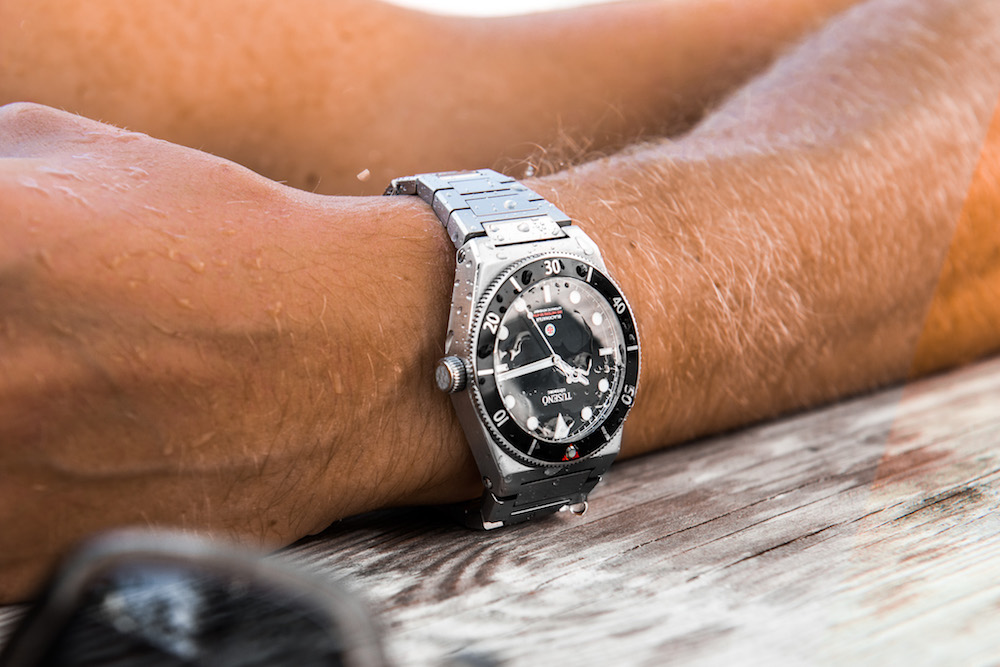 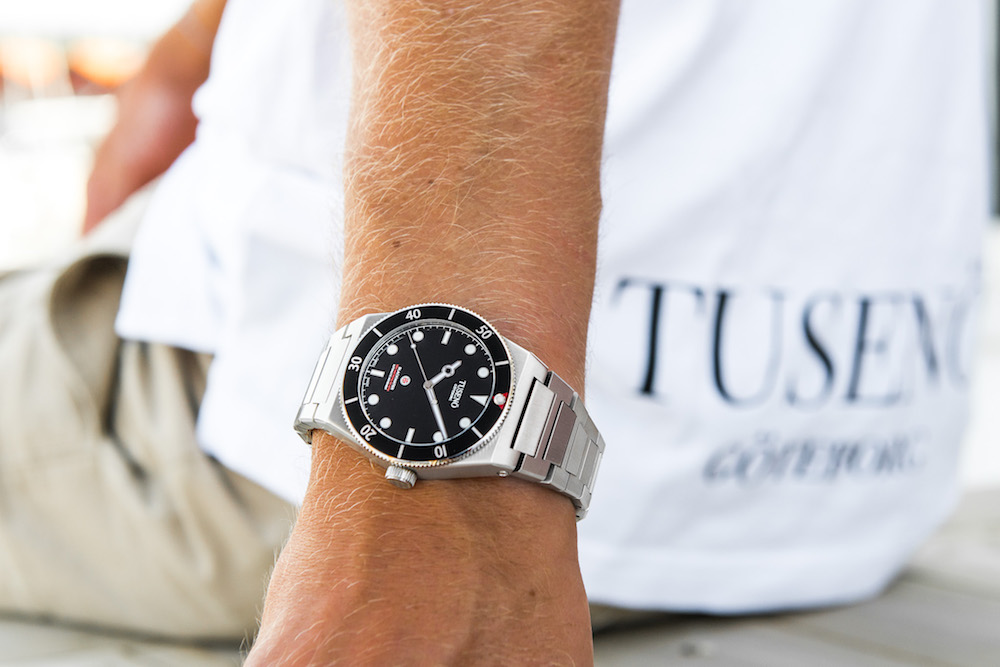 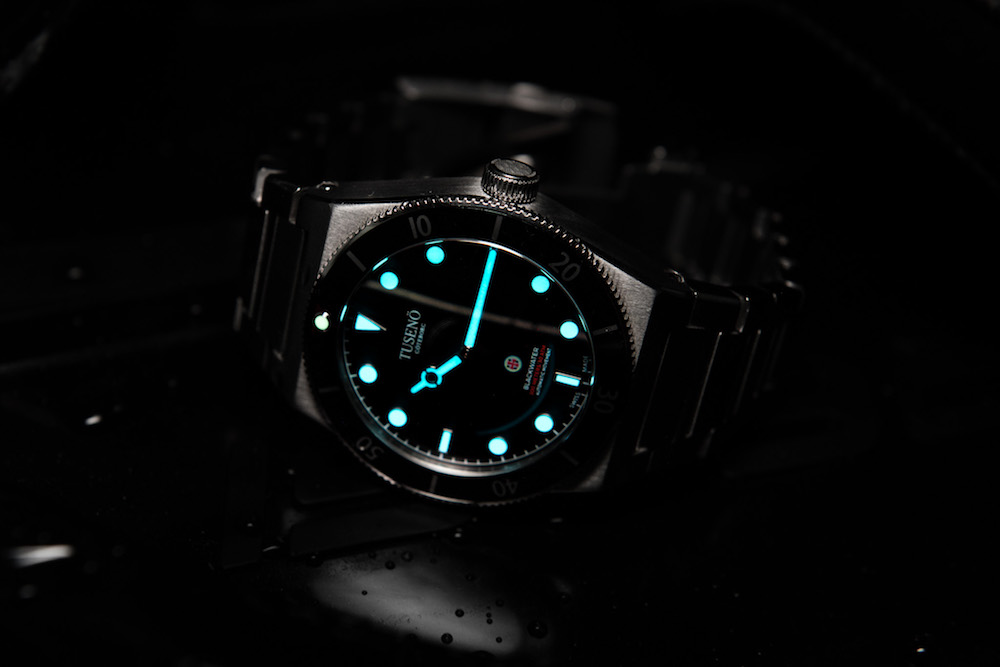 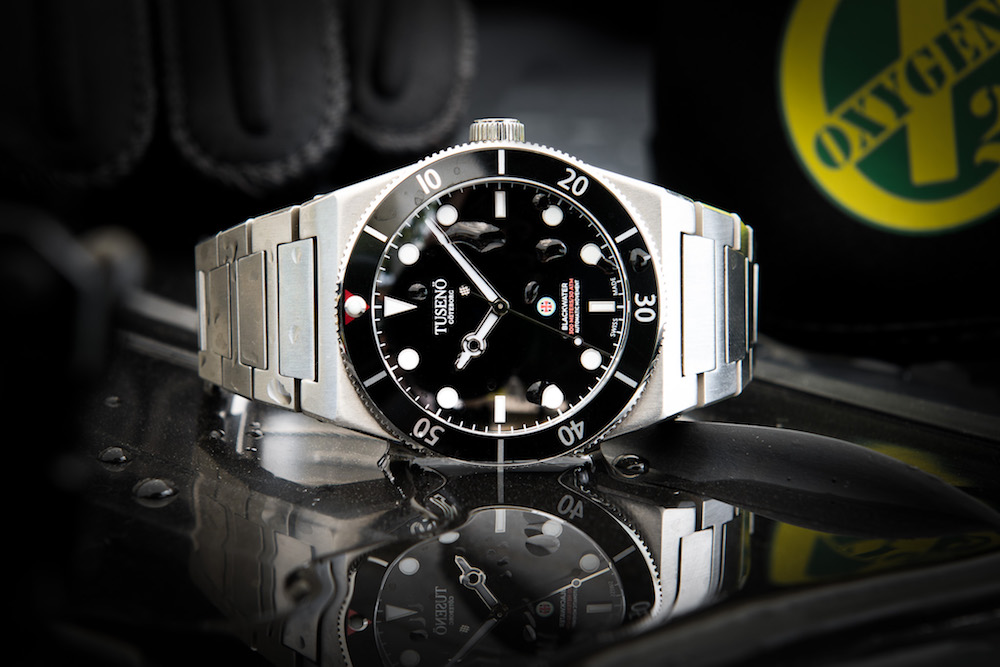 Available for pre-order now, the Blackwater Watch is already flying off the shelves and they have already sold over 150 of the 300 available so there won’t be long left to get yours. You can secure your Blackwater with a 50% deposit on pre-order and can pick your serial number of this stealthy styled watch with its first class components which really help to set it apart. It has BGW9 Swiss Super-LumiNova, a 120 click uni-directional bezel, and an extreme robustness that makes it suited for some of the world’s most treacherous conditions.

Though we are by no means even in the least bit knowledgeable about motorbikes here at Coolector HQ, we know that Deus Ex make… 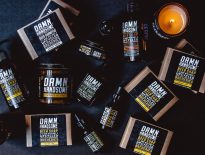 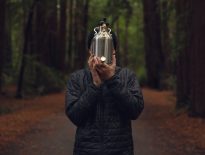